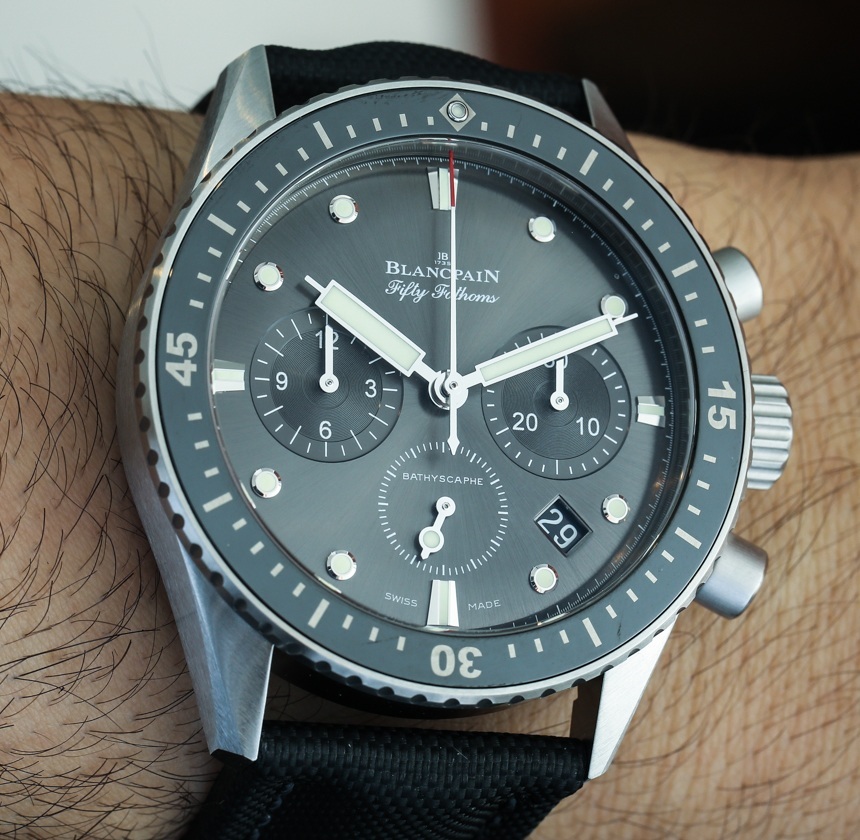 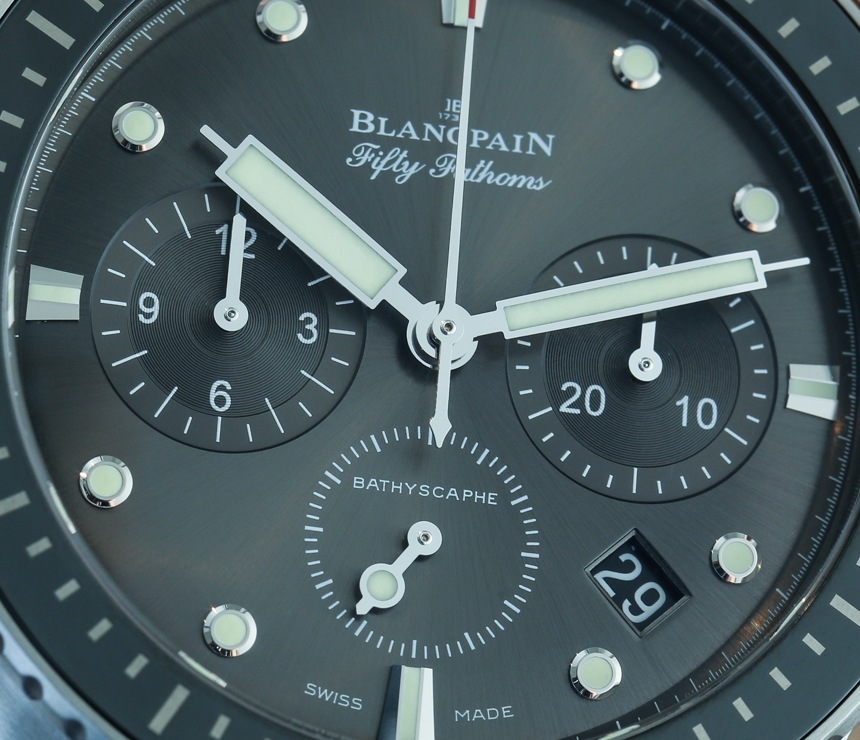 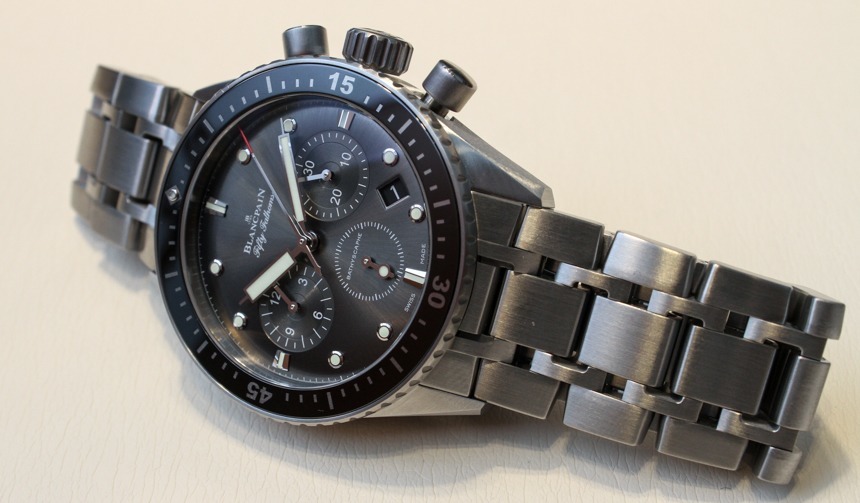 Blancpain has also included a crisp white-on-black date display at 4:30, which, while nicely executed, looks better on the black ceramic model as its coloring better matches the black dial. You have to hand it to Blancpain for this design as it is not an easy feat to add a chronograph to such a simple and distinctive three-hander while still preserving so much of the original appeal.

The Bathyscaphe Flyback uses Blancpain’s brand new F385 automatic chronograph movement. A calibre that will eventually be seen in many of their models, the F385 operates at 5Hz (36,000 vph) and features flyback functionality along with a column wheel and a vertical clutch. 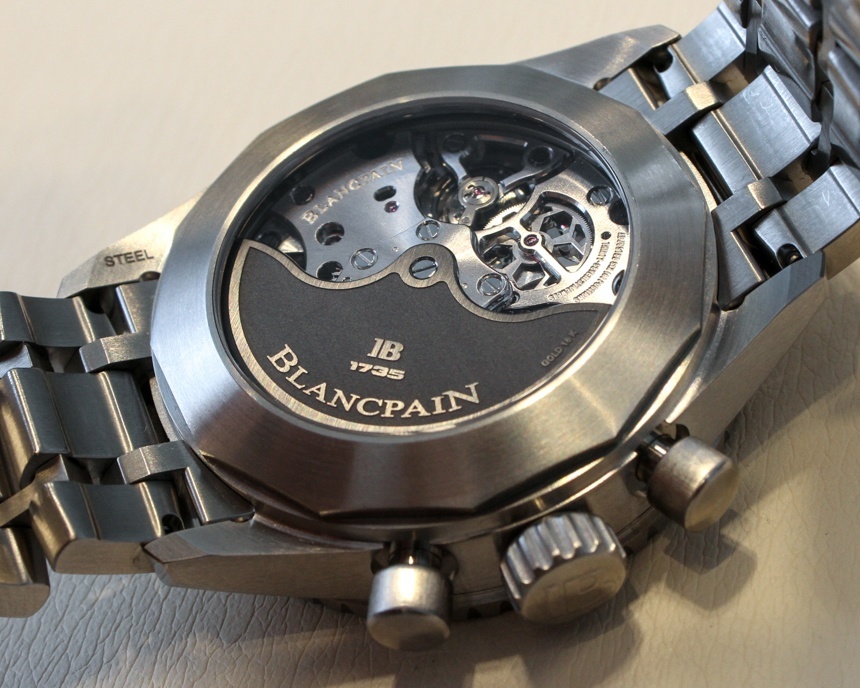 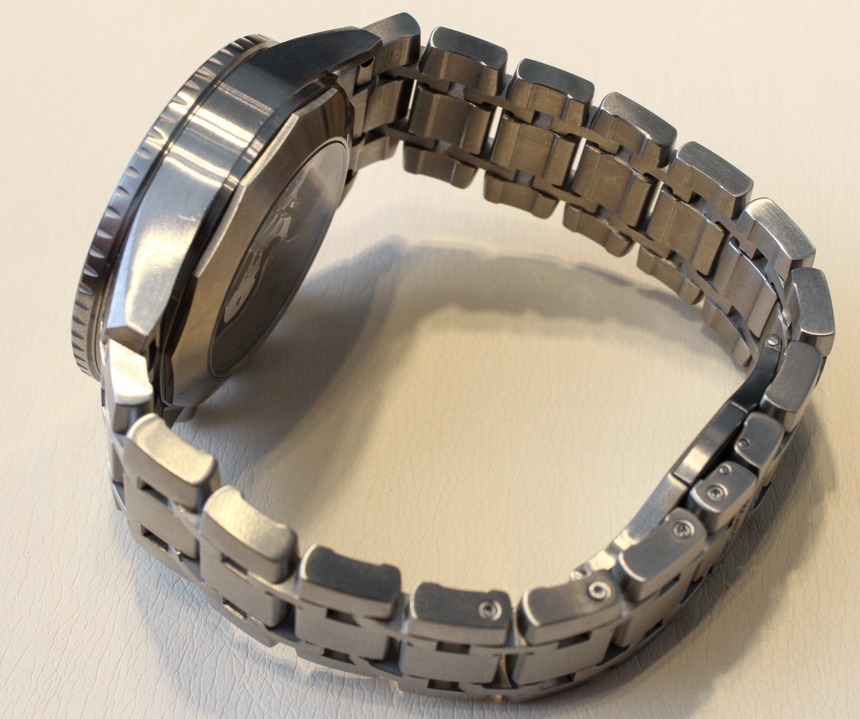 Also boasting a silicon balance spring along with a power reserve of 50 hours, the F385 is a welcome addition to the Bathyscaphe Flyback’s list of features. Among those features is an ability that is rather rare. Despite its 300m (1000 feet) water resistance, the chronograph’s pushers can be used while submerged, even up to it’s max depth.

While this is far deeper than any diver will intentionally take the watch, this ability speaks to the level of engineering and precision that Blanpain has invested into the functions of the new Bathyscaphe Flyback. Also, it could be handy to time a safety stop or to function as a special timer for a defined task while diving. 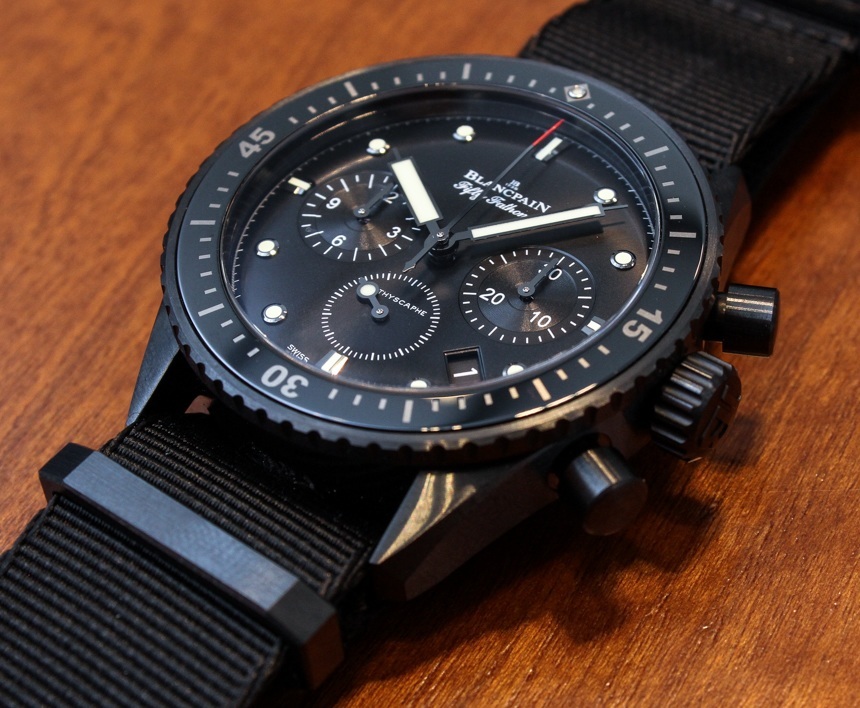 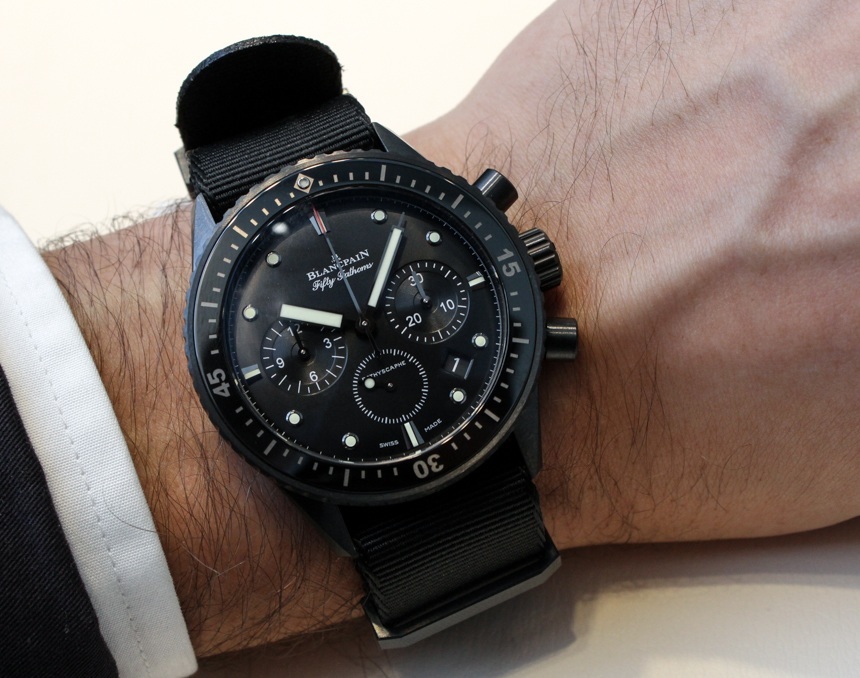 With a solid and legible design, function-first features and a high-end manufacture movement, the Bathyscaphe Flyback is a prime example of what a luxury sport watch should be. Despite our considerable sleep deprivation and looming jet lag, this is one Baselworld 2014 model that we won’t soon forget. 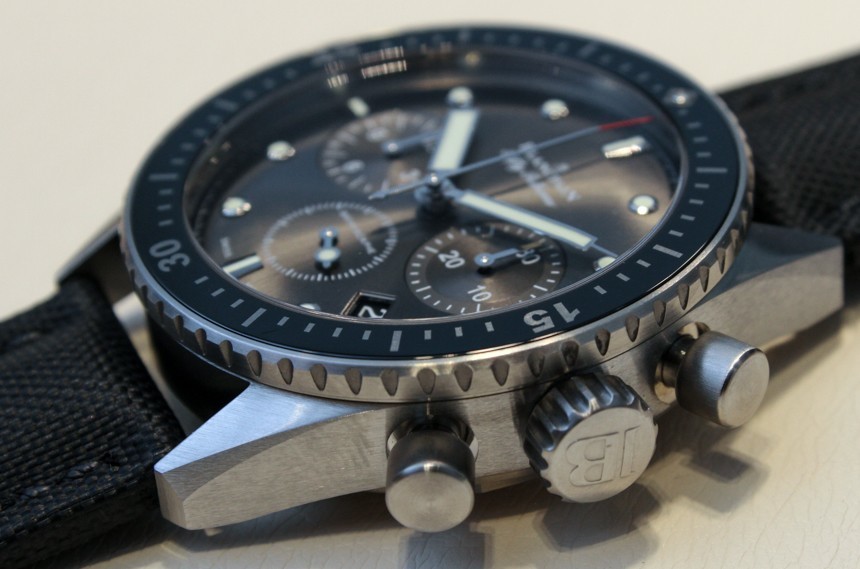 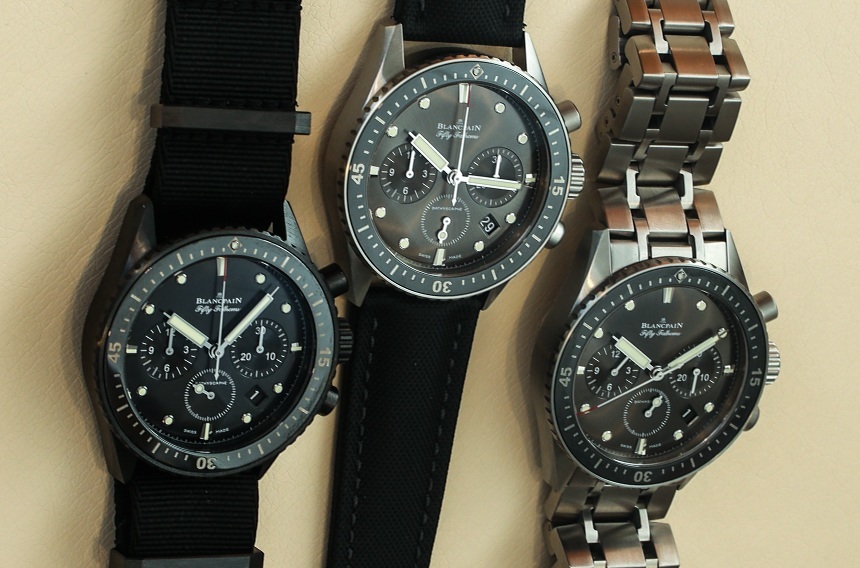 With three versions and a series of strap options, we think the ceramic or the steel on the sailcloth is likely the most comfortable and fitting way to carry the Bathyscaphe Flyback. Pricing starts at 13,800 CHF for the steel on either strap with the crazy-cool full-ceramic model ready to set you back 16,000 CHF.

If you really like the steel bracelet, it’s going to cost you a heaping 2,400 CHF more than the strap, coming in at 16,200 CHF. With availability expected sometime in the later half of the year, we’ve all got a few months to call in some debts and check the couch for spare change. Trust me, it’ll be worth it. blancpain.com