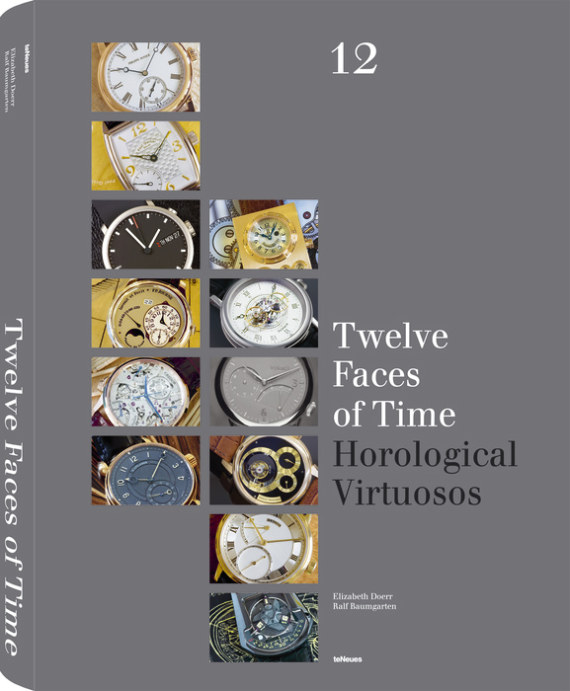 As a watch writer I need to admit that most writing about watches bores my pants off. There are legions of books on the subject of watches and I can barley resist just flipping through them to look at the pictures only. Most of these are written by super dedicated watch nerds that they abhor the idea of “dumbing down” their hobby so as to be legible. Their dissertation style text on the subject of watches should be highly accurate, extremely thorough, and painfully inane to read. Only those people who have a serious need for the information will ever get through the vast majority of watch books out there. Which leaves two types of watch books I will read. First are ones with lots of diagrams and captions to make them clear. These lack the need to delve into deeply technical paragraphs without too much visual aids. Second are lighter reads that bring you into the watch world a bit, without really being a book on watch making or design per se. 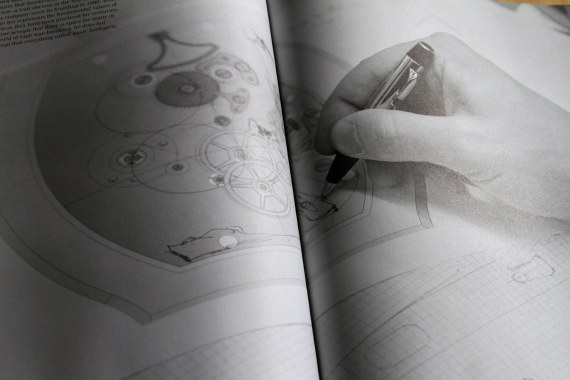 12 (Twelve) Face of Time: Horological Virtuosos is the latter type of book – a solid example there of. The large hardcover shell and large size are deceptive. This isn’t a complex tome, but rather a friendly coffee table style book that offers a glimpse into a world that creates items of passion for a large population of collectors. In fact, like the timepieces and timepiece makers it depicts, the book is an artistic work unto itself. The idea of the book is to give you just a small view of the life and working space of 12 different high-end independent watch makers who are highly respected. The book is not really about their individual pieces, technical styles, or a summary of their work. It is instead like reading a made for TV documentary about these men and what they do. 12 Faces of Time incorporates the following 12 horological virtuosos: 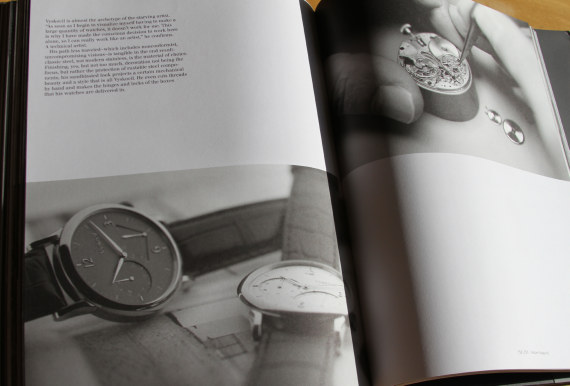 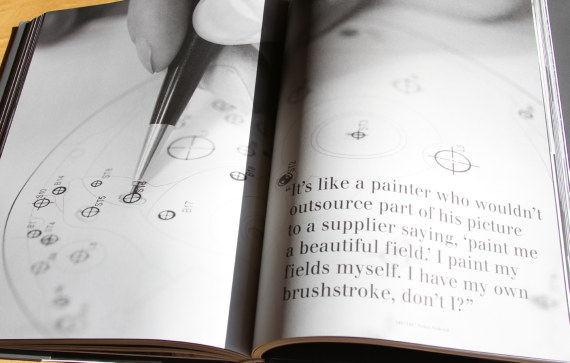 The above men are all geniuses in their own right. Mostly highly private people who aren’t associated with major watch groups. And if they are, they have their own little areas of work where they can slowly pursue their mechanical and artistic craft. Author (and friend) Elizabeth Doerr does an amicable job of offering accessible content for the casual or new watch lover. Or perhaps the seasoned enthusiast who is tired of convoluted language that doesn’t get to the point. The refreshing book is laid-out in a way that text boxes are friendly looking, and sparsely placed among the minimalist pages. A top-tier graphic design team was actually hired to arrange the layout. The book feels very much designer in spirit, with an interesting and experimental take on offering information in easy to ingest, nugget sized chunks of information. Unlike most coffee table style books, 12 Faces of Time is one that you could easily get all the way through and feel like you actually got something out of it. The result is a glimpse into certain worlds, giving you the option of delving deeper on your own. The books doesn’t want to be a complete review of these men, but rather to introduce you to the men behind the watches.

The Internet, or attention deficit generation will easily be able to access the book. Flipping pages comes often, without the need to attack chunks of text like it was a chore. Many people will find the sparsely populated pages troubling in comparison to magazines for example that attempt to fill each inch with content and graphics. The team; Doerr and photographer Ralf Baumgarten, among others, make for a unique book with writing that is not intimidating, and images that are artistic and thought out. The written content is meaningful as well as accessible – bringing together Doer’s long career of writing about the watch industry from almost a first person perspective. This is as close a look as you might get to a watch maker’s world, not actually written by a watch maker. 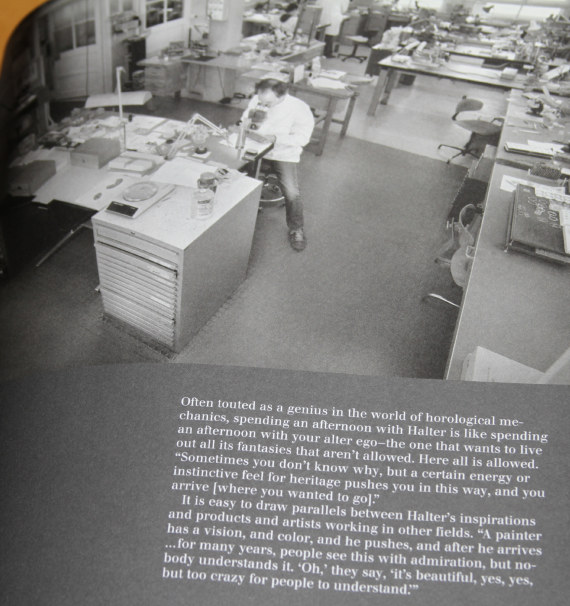 Also included are lots of quotes. Being an introduction to the watch makers, use of their own statements effectively gets you to know them a bit. The ideal reader of 12 Faces of Time will be familiar with at least a few of the watch makers, and/or some of the watches that they have created. Novices to the area of interest will find things to look at as well, but the books is most satisfying to people already primed in horological virtues, before meeting the horological virtuosos.

A few things about the book could have been altered for my personal taste. Then again, the book is an artistic statement – so it is not my place to question the team’s vision. I quite like the unorthodox layout. I find it visually easy to look at, accessible, and artistic. What I would have liked are color printed pages. I understand that black and white was specially chosen over color, but as a detail hungry individual, I wanted to see more. Sure certain images are more dramatic in black and white, but that does not mean that the entire book needed to be sans colors. At the same time, the book is full of all original photography. Most watch books simply have prepared images provided by watch brands. The paper choice could have been altered as well. While the chosen paper in the book isn’t cheap, I tend to prefer thicker, high gloss images and pages in such publications. Once again, the choice of paper was specific decision agreed on by the team in the interest of being different and standing out. Though none of these are issues that should significantly detract one’s interest to get the book to whose who enjoy the topics therein. Understand that it is more like a captioned yearbook, rather than a technical or product guide. 12 Face of Time: Horological virtuosos is priced close to $100 ($95). A bit Pricey, but if you are already a watch lover and engage in this passion, you know that satisfaction comes at a price. With the right expectations, 12 Faces of Time is an enjoyable supplement to your interest in watches.