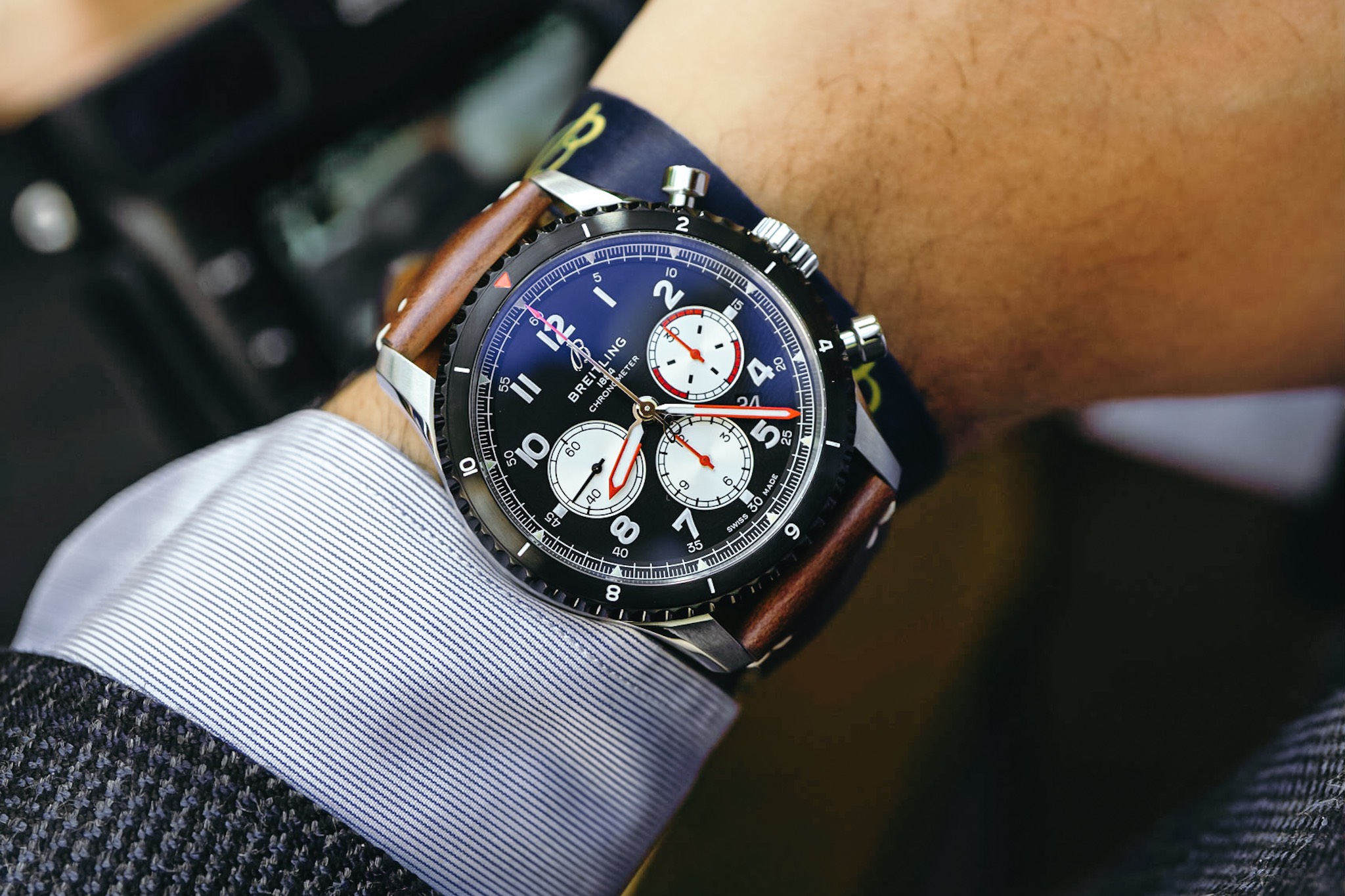 At the Breitling Summit here in Los Angeles, the brand just announced a handful of new releases, with this new Aviator 8 “Mosquito” being one of the more clamored-over pieces. You’ll recall the olive green Curtiss Warhawk version of this chronograph, while the Mosquito goes black in an ADLC (amorphous diamond-like carbon) case with red and orange touches on the hands and sub-dials. Naturally named after an aircraft, the Mosquito refers to the de Havilland Mosquito, a lightweight fighter from the 1940s that was constructed almost entirely from wood. Visually, the inspiration lies with the vintage 765 AVI aka Co-Pilot chronographs, specifically from the early 1960s. 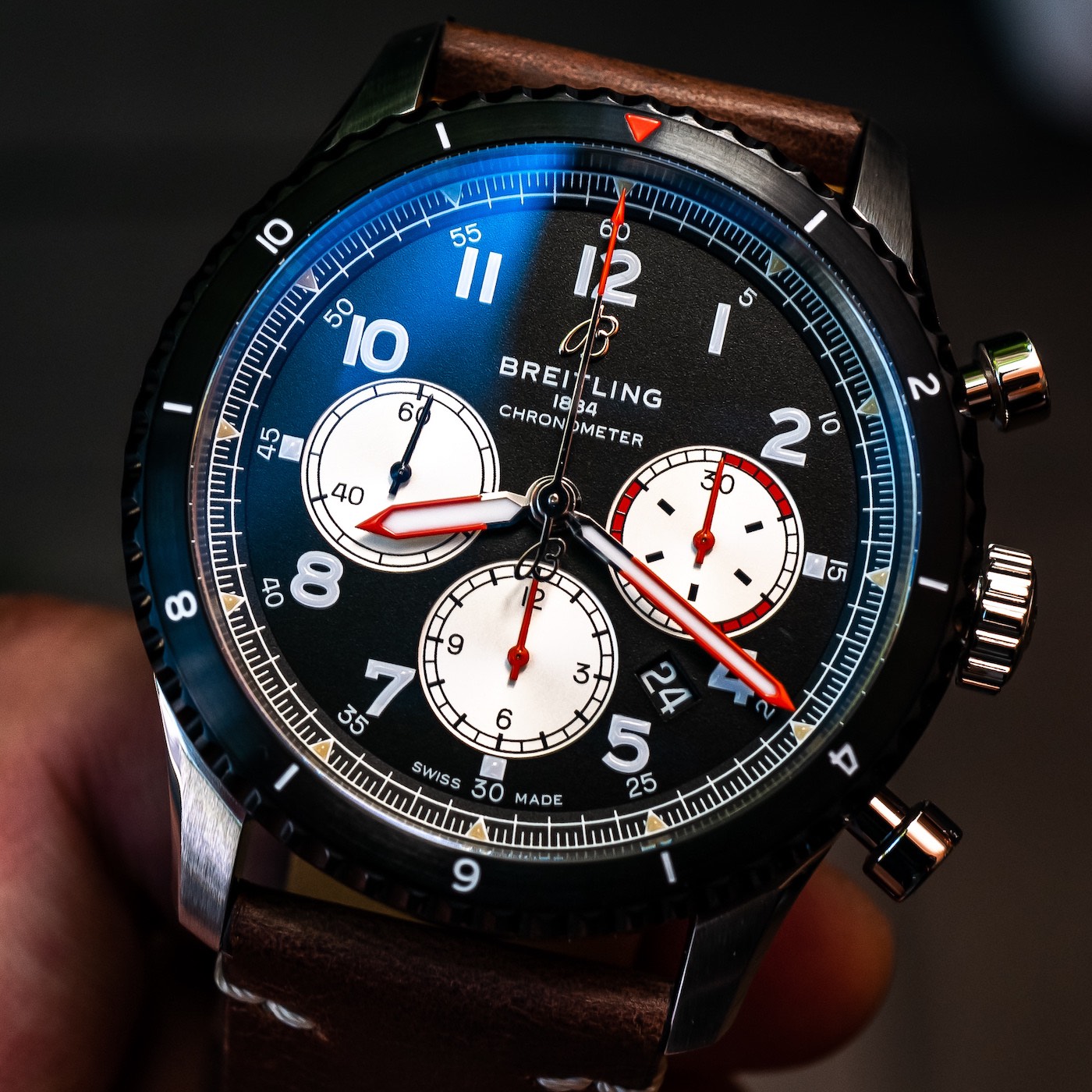 For those who may have forgotten, the Aviator 8 is part of the Navitimer collection that was completely overhauled back in 2018 by Georges Kern. Outfitted with the in-house B01 movement, these are on the upper end of the Breitling Chronograph spectrum. To be fair, I was a bit agnostic about the Aviator 8 — but just as with the Premier, handling the piece in the metal changed my mind. Classic design can go in a lot of different directions, but so much depends on the execution, and this is clearly a priority in Kern-era Breitling. 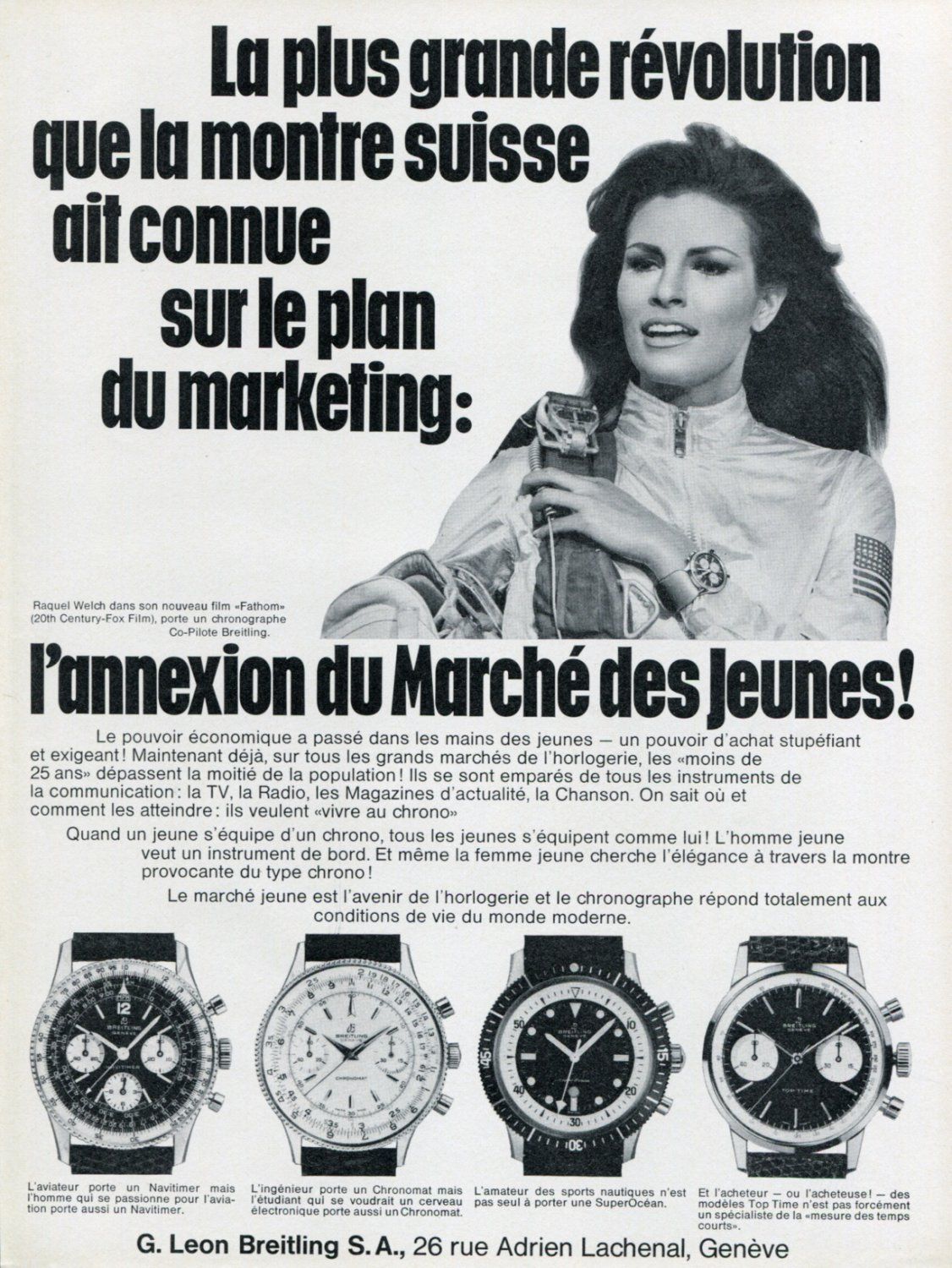 As I mentioned earlier, in addition to being inspired by the onboard clocks on these planes, the Aviator 8 Mosquito draws a lot of its design from the vintage 765 AVI aka the Co-Pilot watch. One of the best looking vintage Breitling chronographs ever made, the Co-Pilot was produced from the 1950s and 1960s through the early 1960’s model that the Mosquito can tie its roots to. Affectionately nicknamed the “Raquel Welch” due to the actress donning the watch in the 1967 film “Fathom,” the Co-Pilot bidirectional bezel, reverse panda dial layout, and long chronograph pushers are all apparent in the Mosquito. Though Breitling didn’t carry over the 15-minute chronograph counter at 3 o’clock (it wouldn’t be feasible to make that change to the movement, anyway), the five dashes at the 30-minute sub-dial are a throwback. 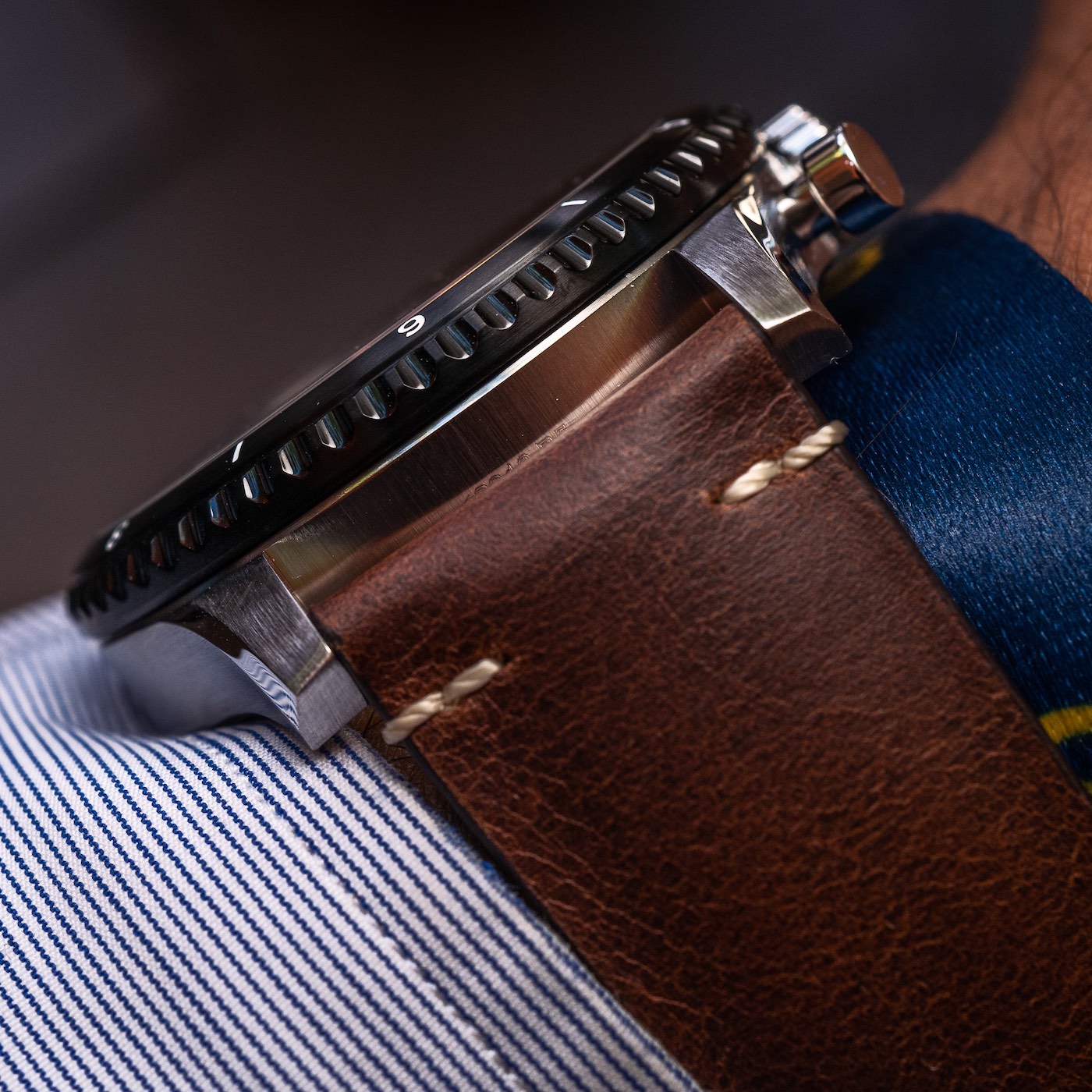 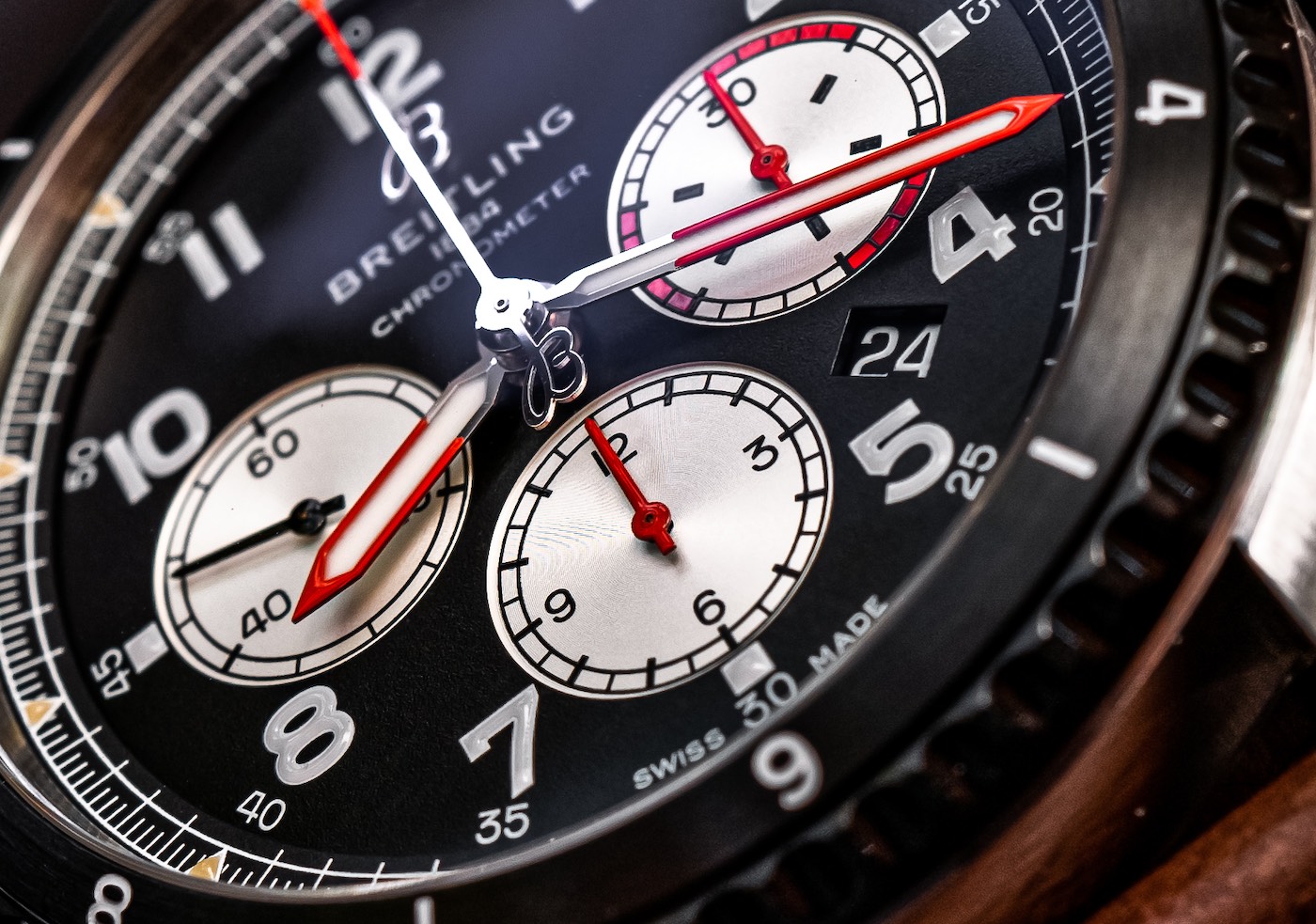 The Breitling Aviator 8 Mosquito Chronograph is housed in a 43mm-wide and 13.97mm-thick stainless steel case framed by a black ADLC bezel that’s cut by the pointer, done in a highly vibrant red. You’ll note that Breitling points out the use of ADLC here, which creates a deeper-looking black than standard DLC, though the two are functionally identical. It absolutely is a dark, brooding black that doesn’t come across on many black-coated DLC watches. Of course, this ties back to the de Havilland Mosquito plane, with this being a tribute to the night fighter adaptation of the fighter. 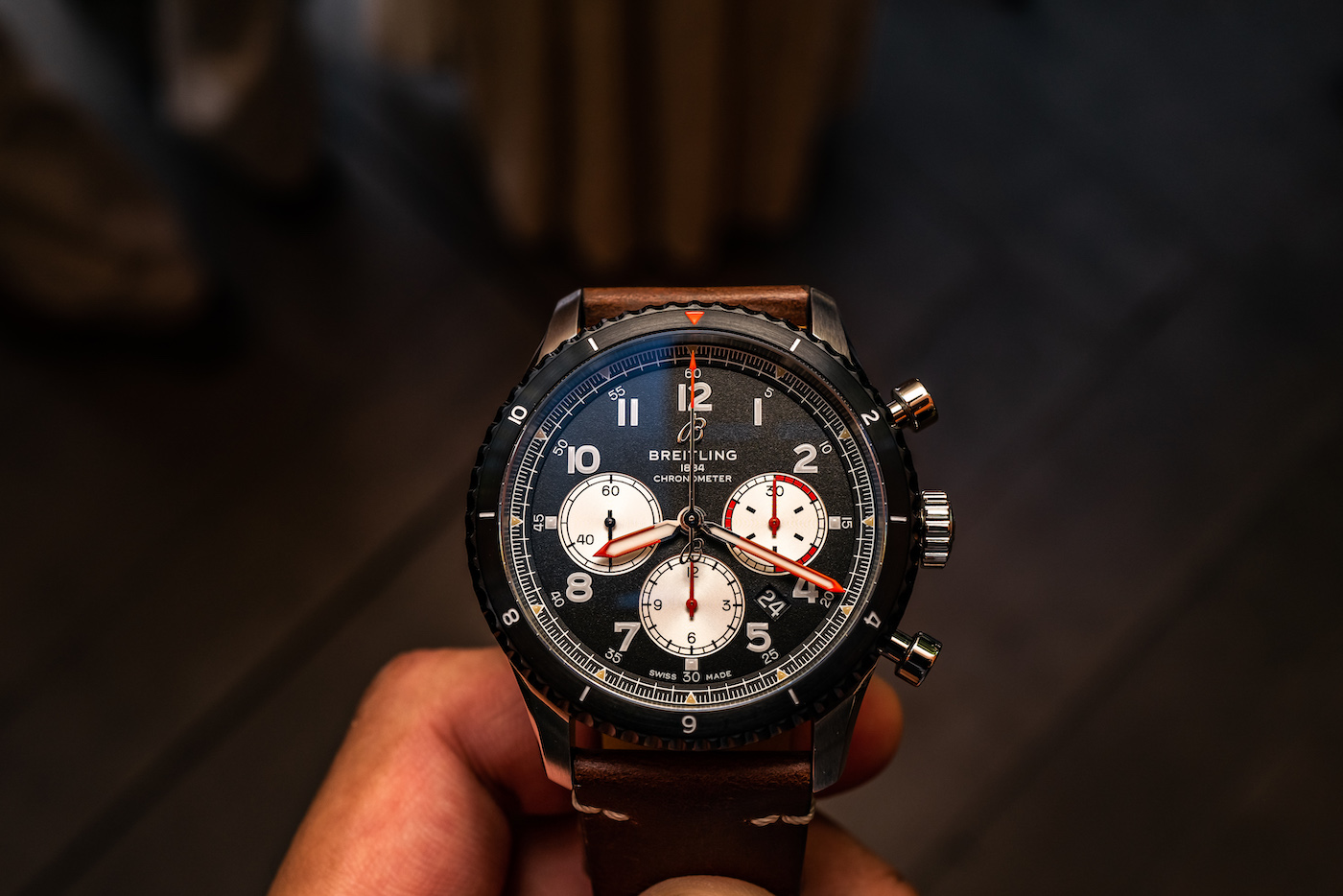 The equally black dial has contrasting silver sub-dials, an indicator that Breitling uses when a watch features an in-house movement. The orange and red adds just enough color to give the watch some added personality, but not so much to take away from just how sleek and sharp the heavily black Aviator 8 Mosquito is. All this would be for naught if the watch weren’t as legible as it is. Any watch that cites the Co-Pilot as an inspiration would have to be. 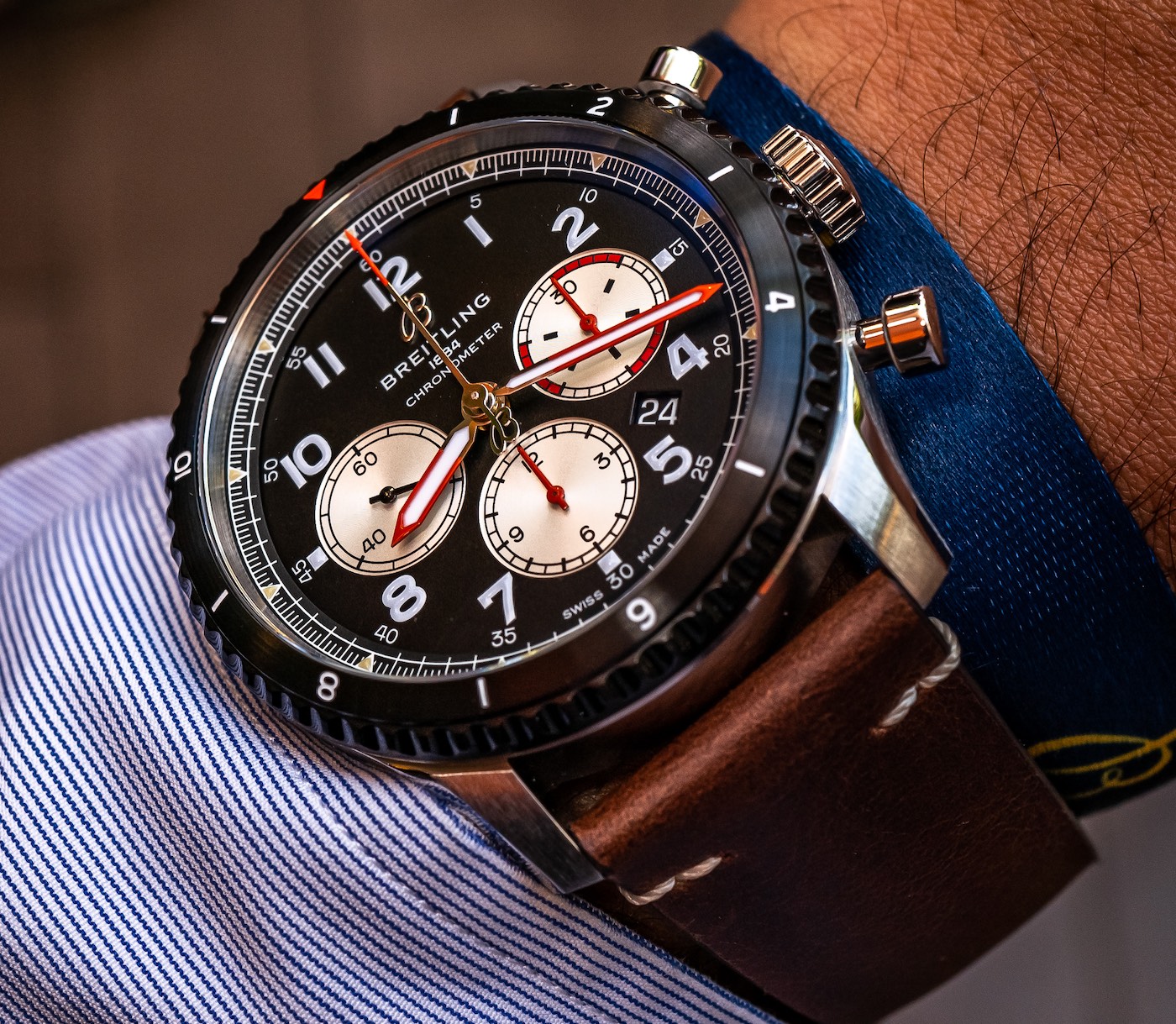 With 100M of water resistance and a 70-hour power reserve provided by the in-house B01 movement, the Aviator 8 Mosquito could certainly be an everyday watch that fulfills the needs of contemporary buyers. The vintage-style brown leather strap looks and feels fantastic and adds just a slight bit more emphasis on dressiness over the pure sportiness that you’ll find on the olive fabric strap that comes on the Aviator 8 Curtiss Warhawk. 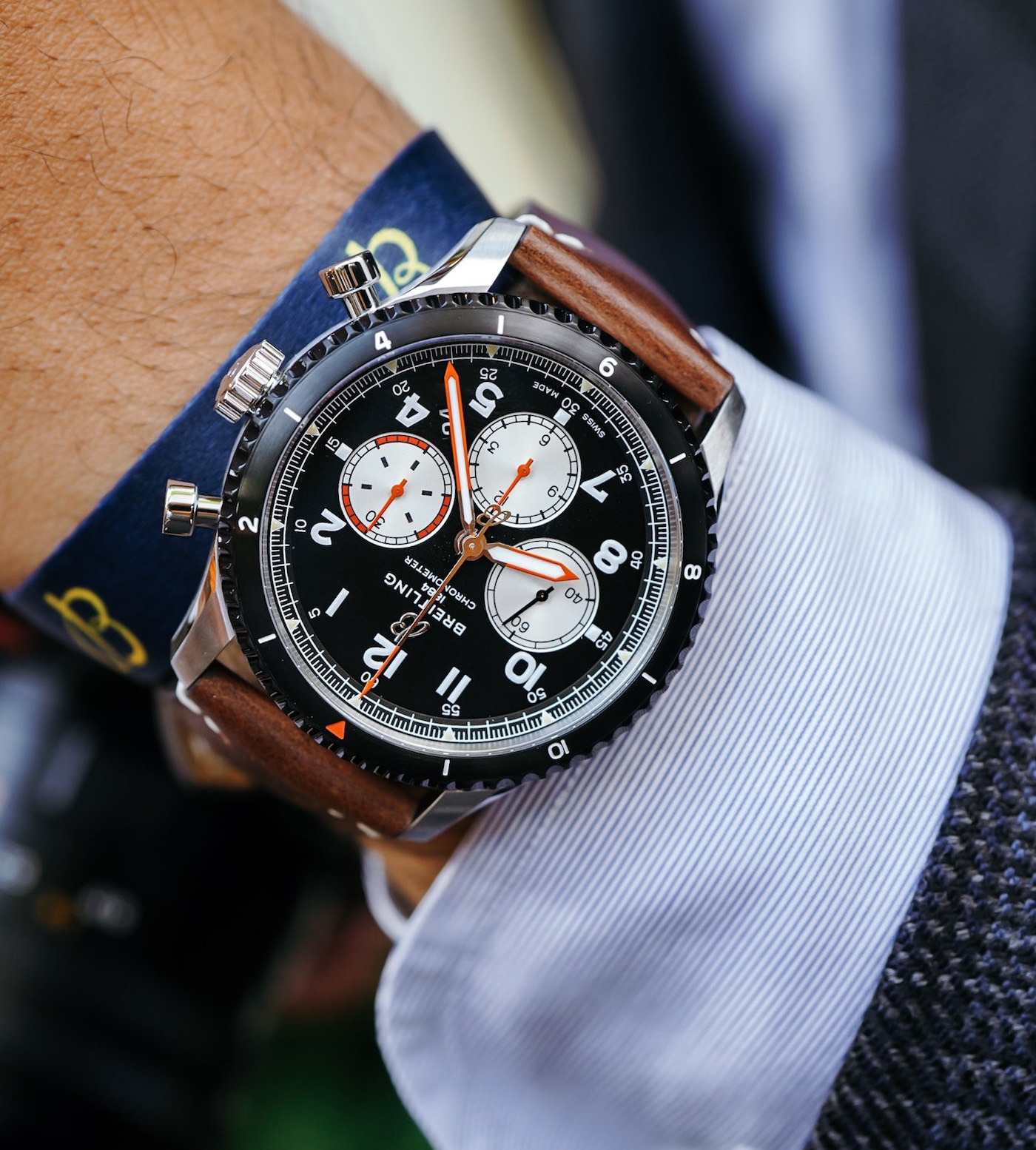 Just released, the Breitling Aviator 8 Mosquito chronograph is priced at $7,710. You can learn more at breitling.com.