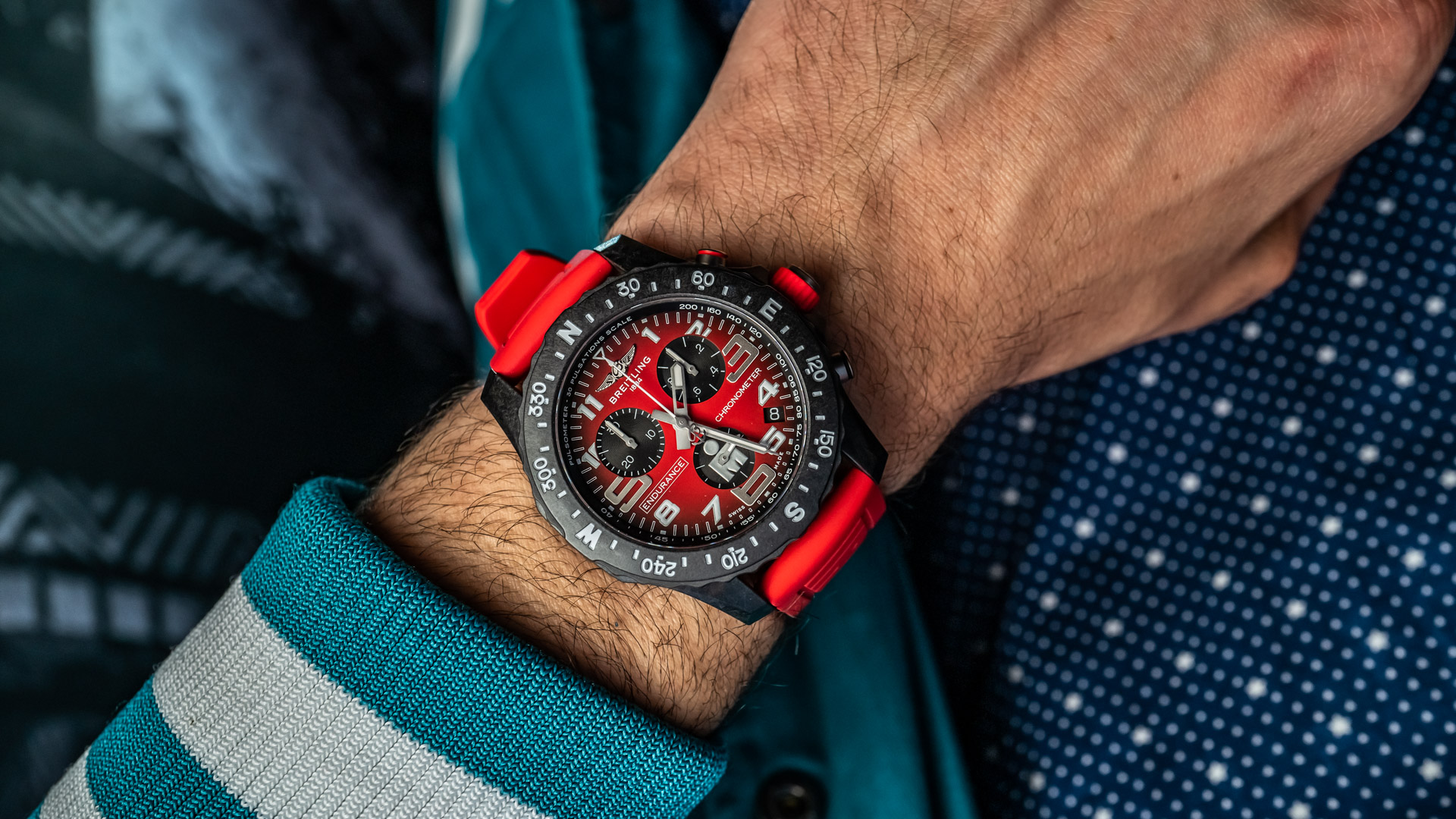 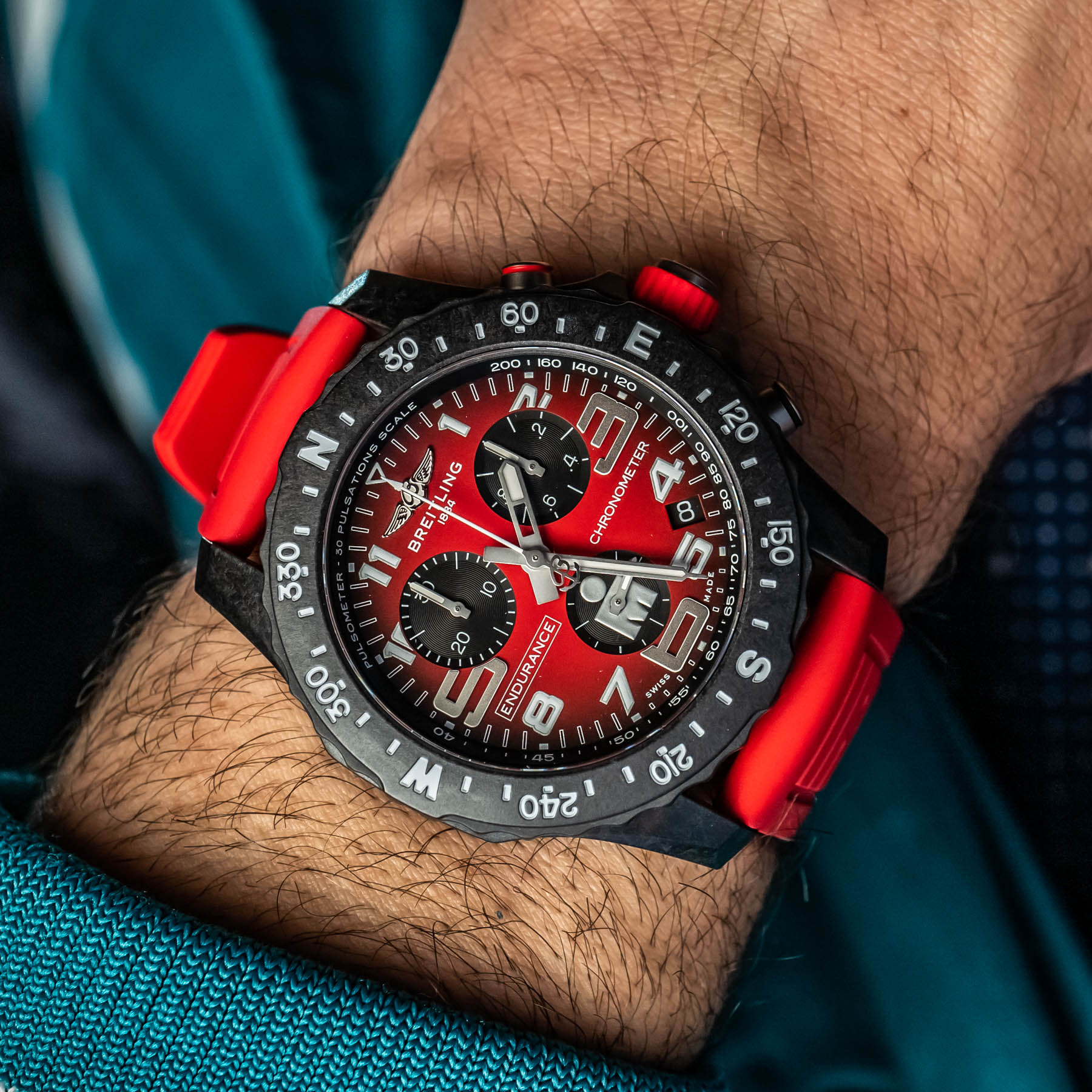 Back in 2019 Breitling launched a limited edition Superocean watch in partnership with Ironman, the famously grueling triathlon series that has bred champions and fostered feelings of inadequacy for decades now. Yesterday in Los Angeles the two launched another collaboration in the way of a duo of Endurance Pro Ironman watches from the brand’s Professional collection. Though two pieces are being debuted, only the red version will be available for the general population while the other black and gold model will only be available to those who finish the Ironman race which consists of a measly 2.4 mile swim, a 112-mile bike, and a 26.2 mile run (I’ve read this is something around ~40,000 people annually). 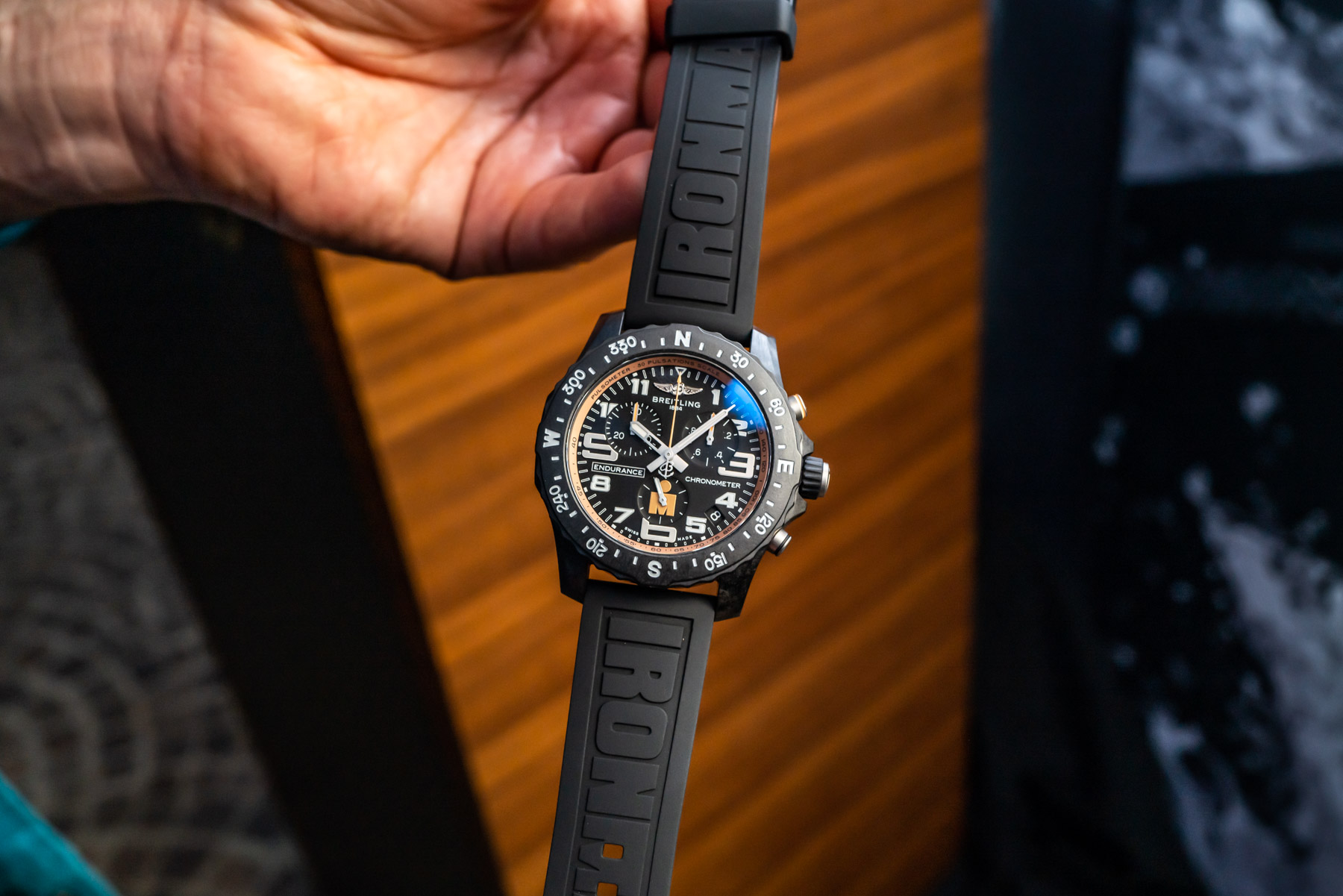 We’ve gone in-depth with the Endurance Pro on a couple of occasions (see here and here) so I will just briefly give context here. Part of the Professional collection, the Endurance Pro case is done in the brand’s proprietary Breitlight polymer which is three times lighter than titanium and almost six times lighter than steel while being harder than both. In fact, the watch case weighs 35 grams while the rubber strap itself weights 30 grams to give you an idea of how light it is. 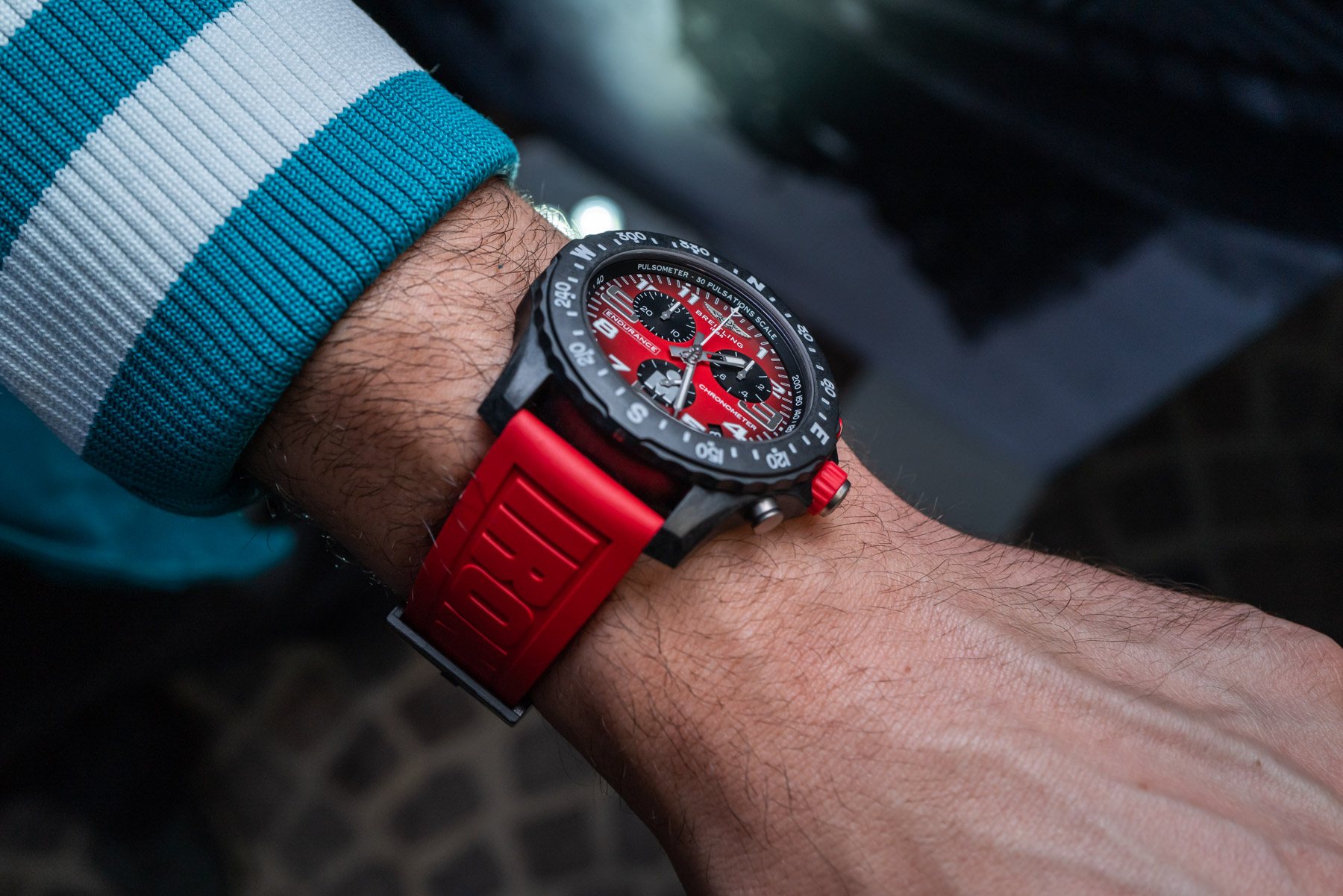 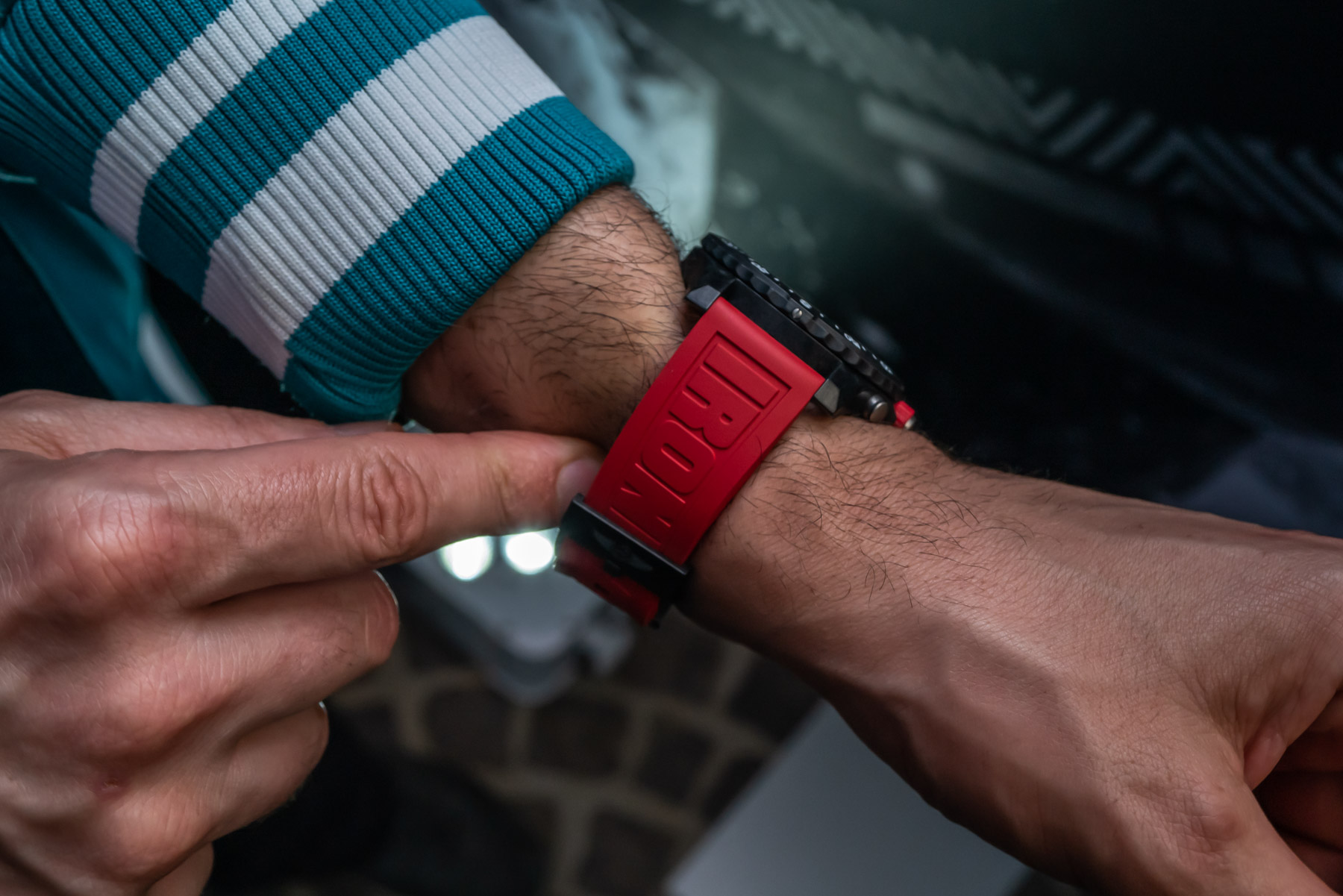 Measuring 44mm wide and 12.5mm thick with 100M water resistance, the Endurance Pro Ironman uses the thermocompensated SuperQuartz Breitling in-house (and COSC certified) Caliber 82 movement. It’s a 1/10th of a second chronograph with a 30-minute counter and is one of the too-few HAQ (high accuracy quartz) movements out there. 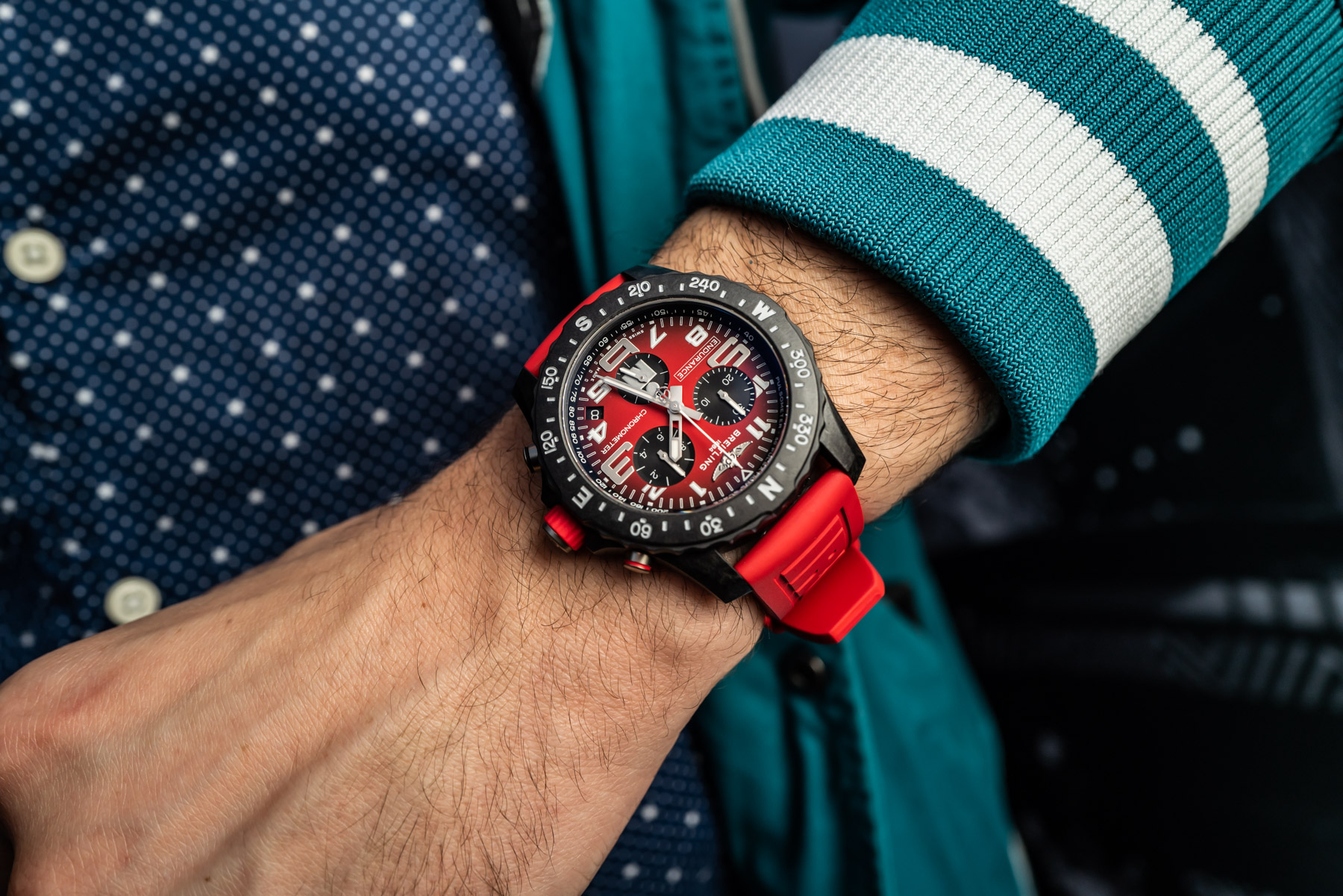 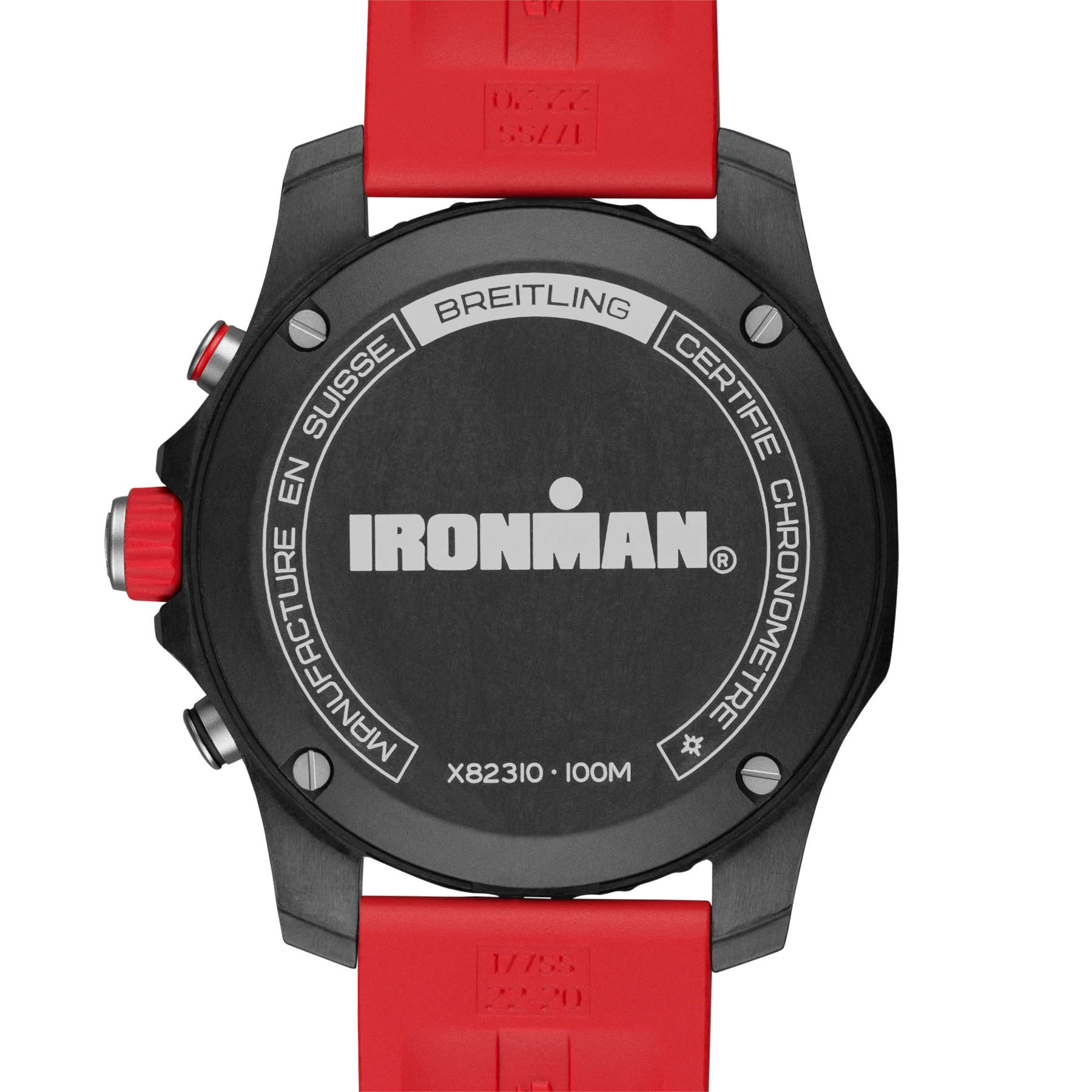 As for these two new Endurance Pro Ironman watches, the first is the model with a sort of red gradient dial with black touches and the Ironman logo on the 6 o’clock counter. It comes on a matching red rubber strap that reads “IRONMAN” rather than the usual “BREITLING” text. Red is a pretty bold color choice though the gradient affect is pretty on trend at the moment. 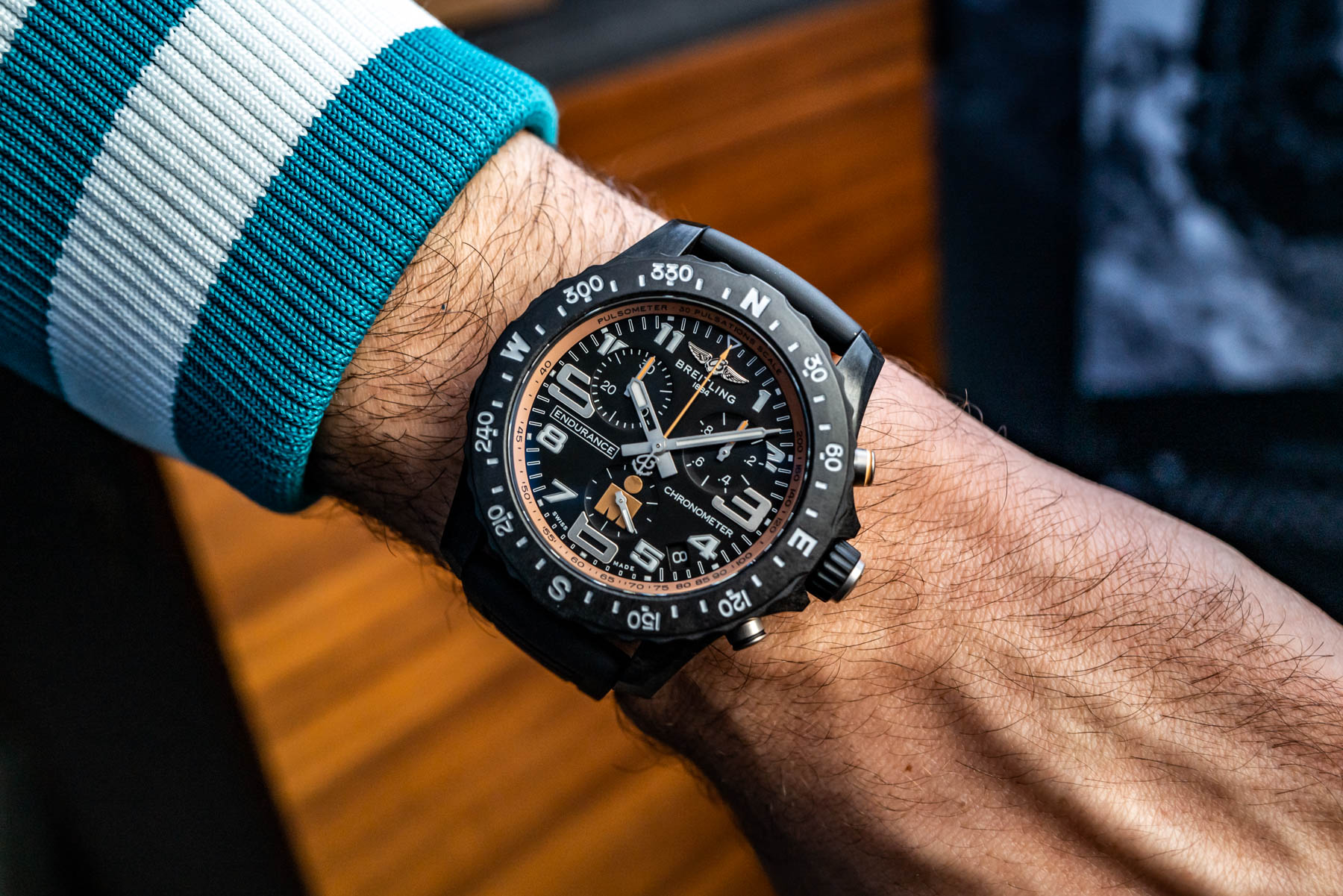 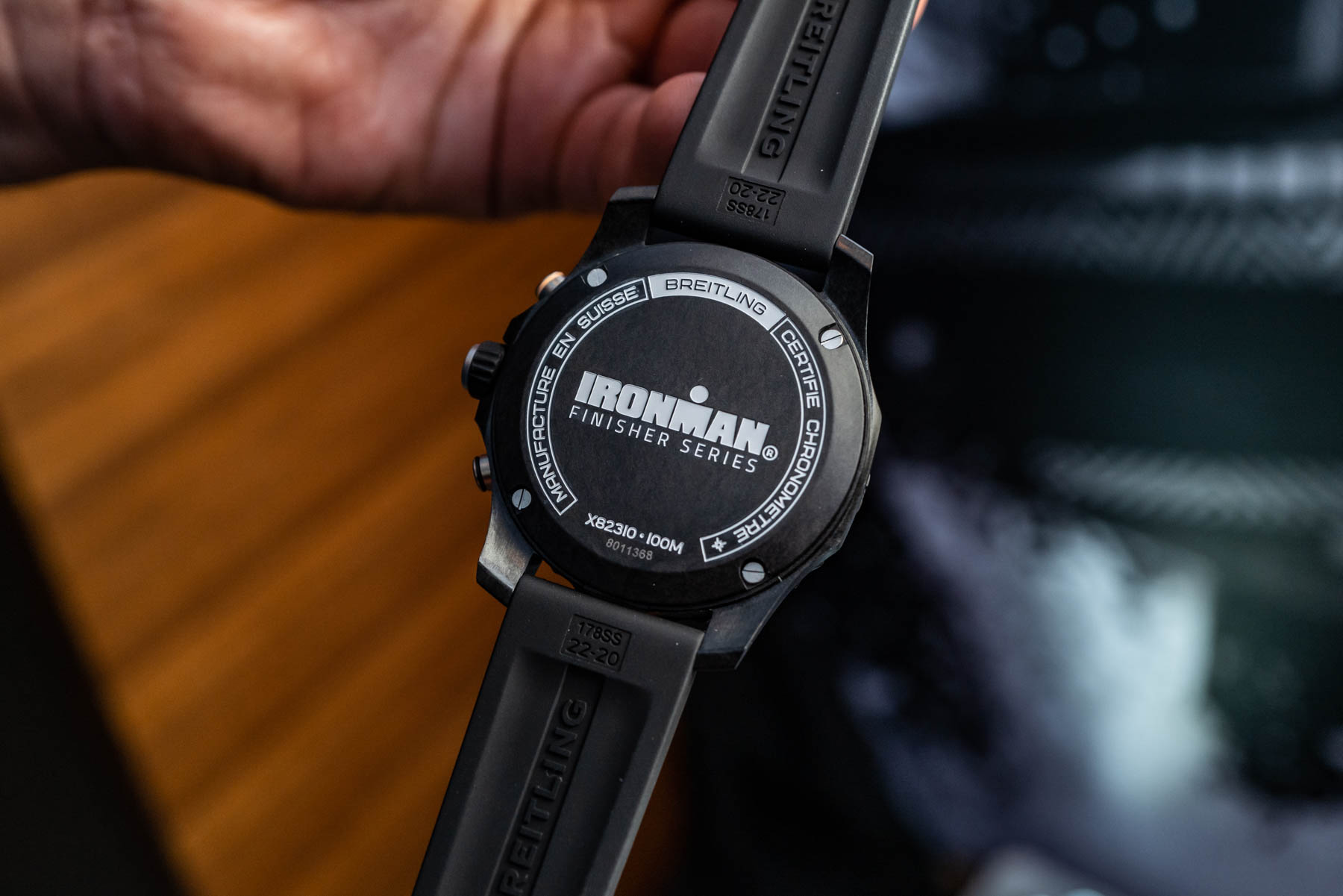 The second model is called the Endurance Pro Ironman Finisher, which is apt as it’s only available to those people who have completed the race. Honestly this is a pretty badass looking watch, the badassness of it enhanced by its entry requirement. With a black dial with gold touches, it’s stealthy with a burst of finish-line magic. Of course, the case back also has “Finisher Series” on it. I think in both design and swagger, the Endurance Pro Ironman Finisher is the standout. I suppose there will inevitably be cases of — let’s call it stolen valor —where someone buys a Finisher secondhand (or even more nefarious means as this is obviously an unscrupulous person). To them, I say: shame! 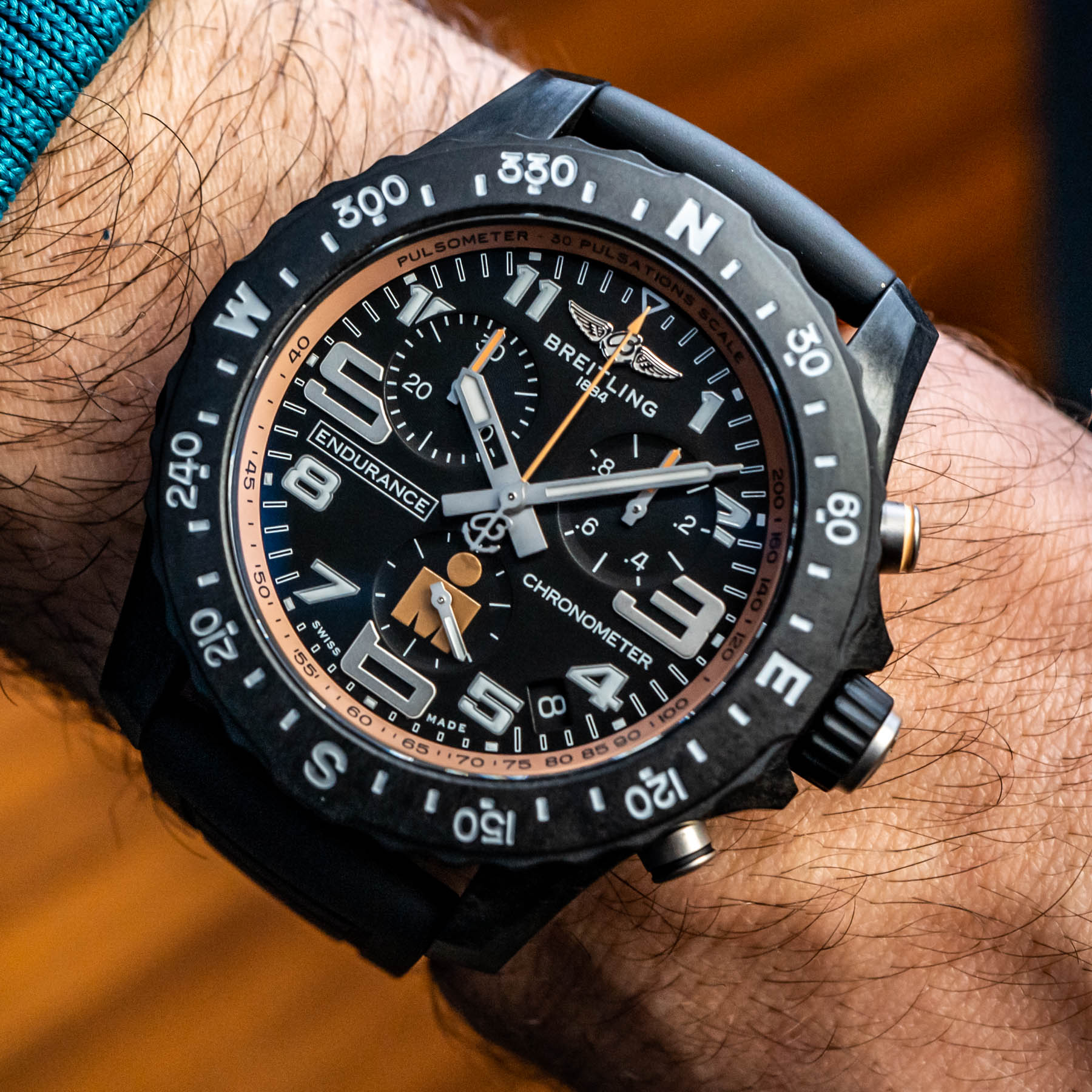