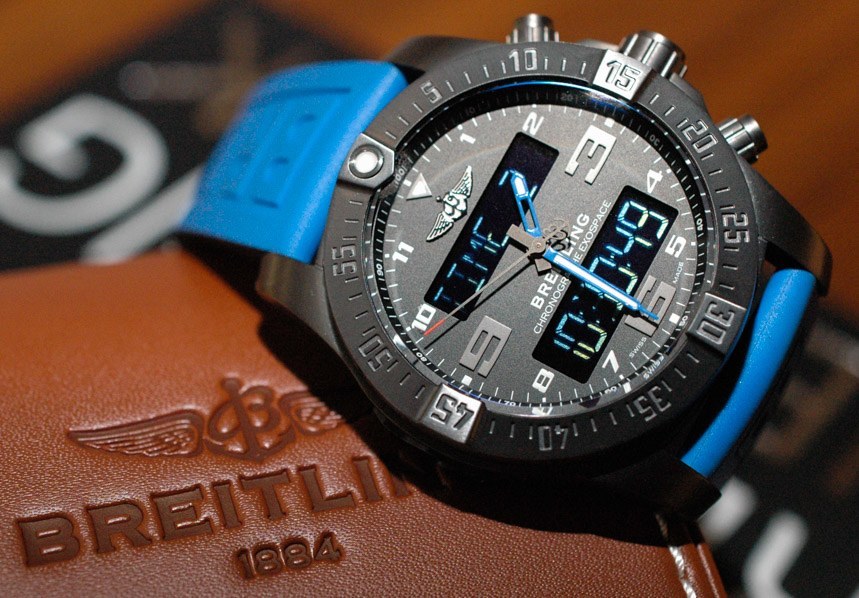 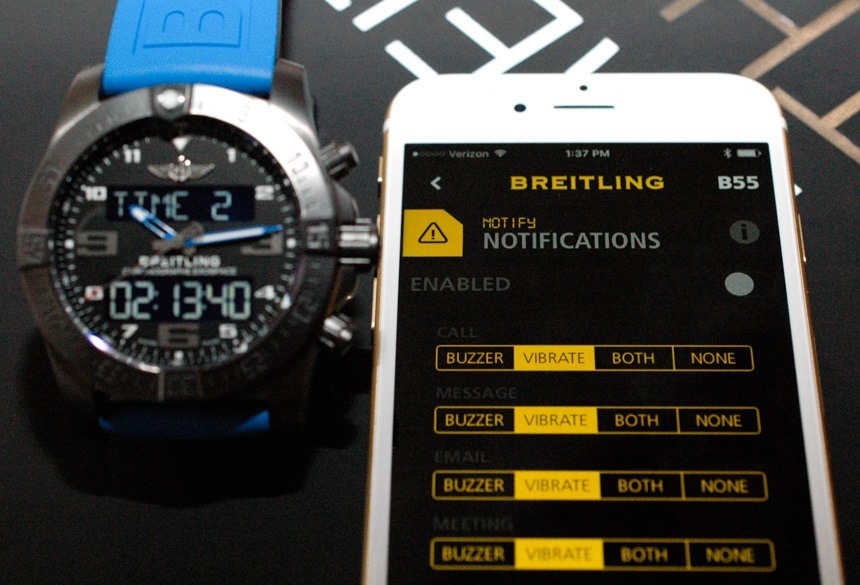 In addition to email/text/call/appointment notifications via the bluetooth sync, the watch also features 7 alarms with various ringtones or vibrating settings for additional notifications. All parts of the analog display can be controlled and managed by the app making a time zone switchback, global time sync adjustment, visual modes, or chronograph stopwatch function a seamless one-button process. Both Jean-Paul and Mark tell me that the goal was to be able to make the functions of a complicated mechanical watch more accessible to everyone without having to break out a long manual. 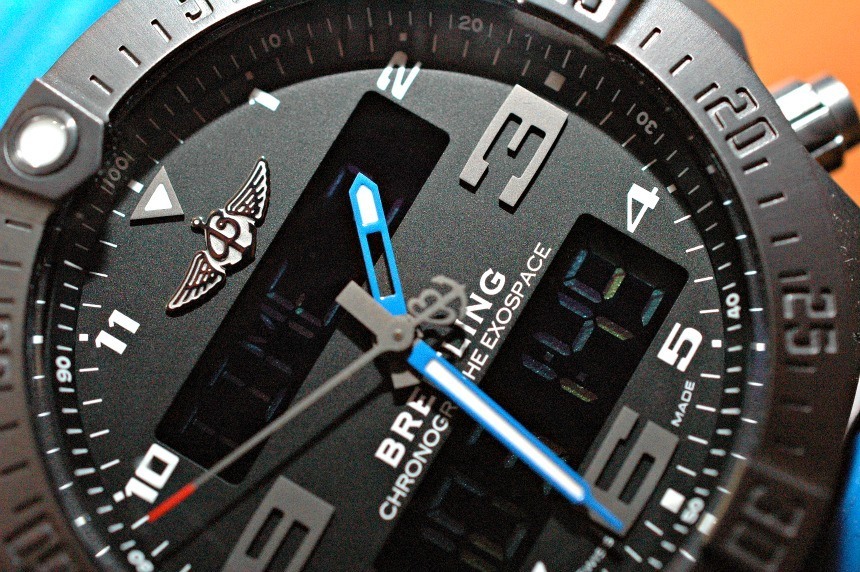 The traditional chronograph function is also updated by the new connected technology in that timing data can be controlled and even stored by the watch and later synced to the app to be reviewed. The new functionality of the Breitling Exospace B55 Connected in its totality is a complete data management system of various measurements such as flight times, recording up to 50 split time events, lap times, electronic tachymeter, etc., and the developers even took it one step further in programming in the ability to export and share a fully formatted excel file of the data with the push of a button.

True to the brand’s heritage as a maker of aviation instruments, the watch is able to record “Block and Time” or Mission Elapsed Time functions – the specific ability to use the watch’s count-up/countdown chronograph to record a mission from taxi to touchdown, eliminating the need for pilots to manually log the details of a flight report. 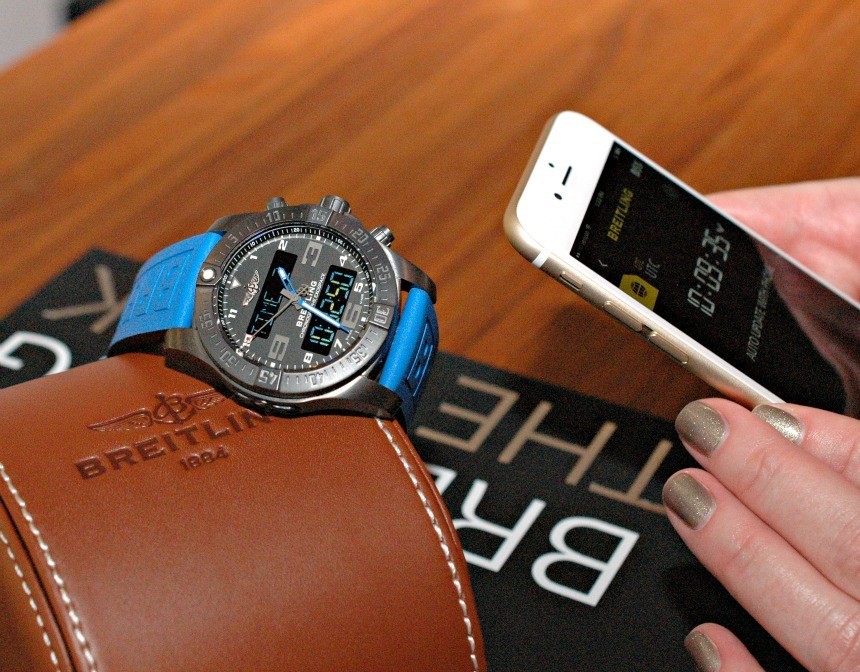 So, again, what powers all this high-tech watchnerdism? Called the Caliber B55, the movement inside the new Breitling Exospace B55 Connected runs off of a rechargeable battery that I’m told lasts about a month-and-a-half with regular use before needing to be recharged. As noted above, the base movement is shared with the Breitling Cockpit B50, and it is what they are calling their SuperQuartz ultra-accurate movement. It is not only COSC certified but also thermocompensated, meaning that it can adjust according to external temperatures, allowing the quartz regulator to be more accurate, resulting in the movement to be accurate to just a few seconds per year. 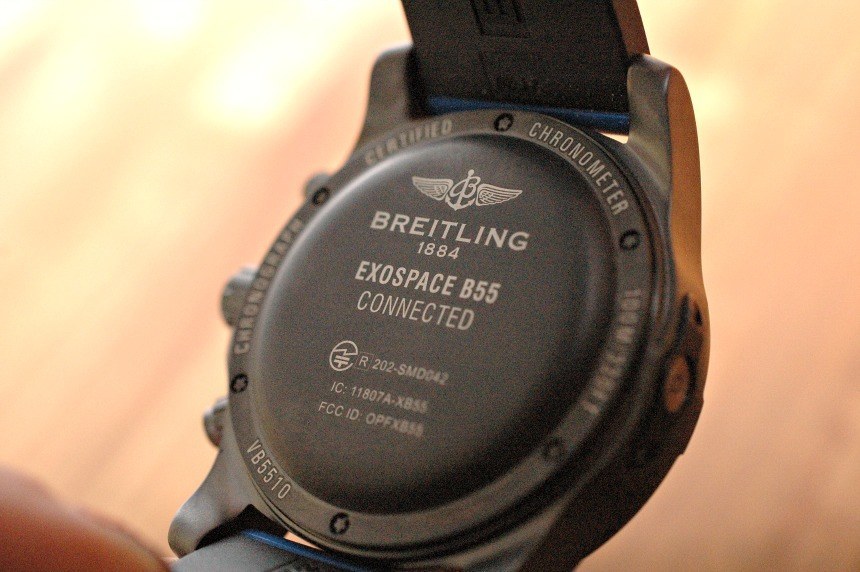 What I find interesting about the concept of this smart watch is that unlike other “smart watches” trying to replicate phone or computer technology in a watch, Breitling has instead chosen to focus on enhancing the organic and most natural functions of a wristwatch which is to tell and measure perfect time. Instead of trying to create wrist computers that just happen to tell the time, the Breitling Exospace B55 Connected is at its core a true timing instrument – which may just render it one of the few smart/connected watches to peak the interest of fans of traditional horology. 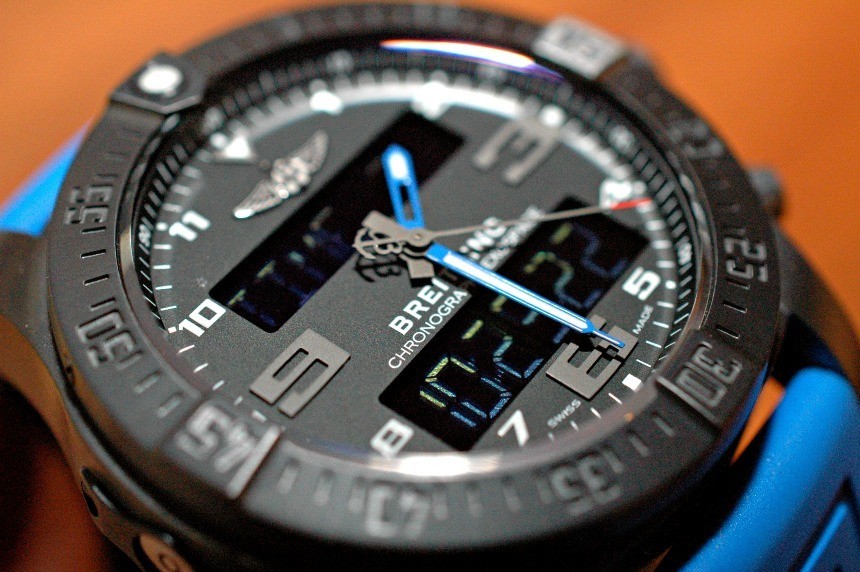