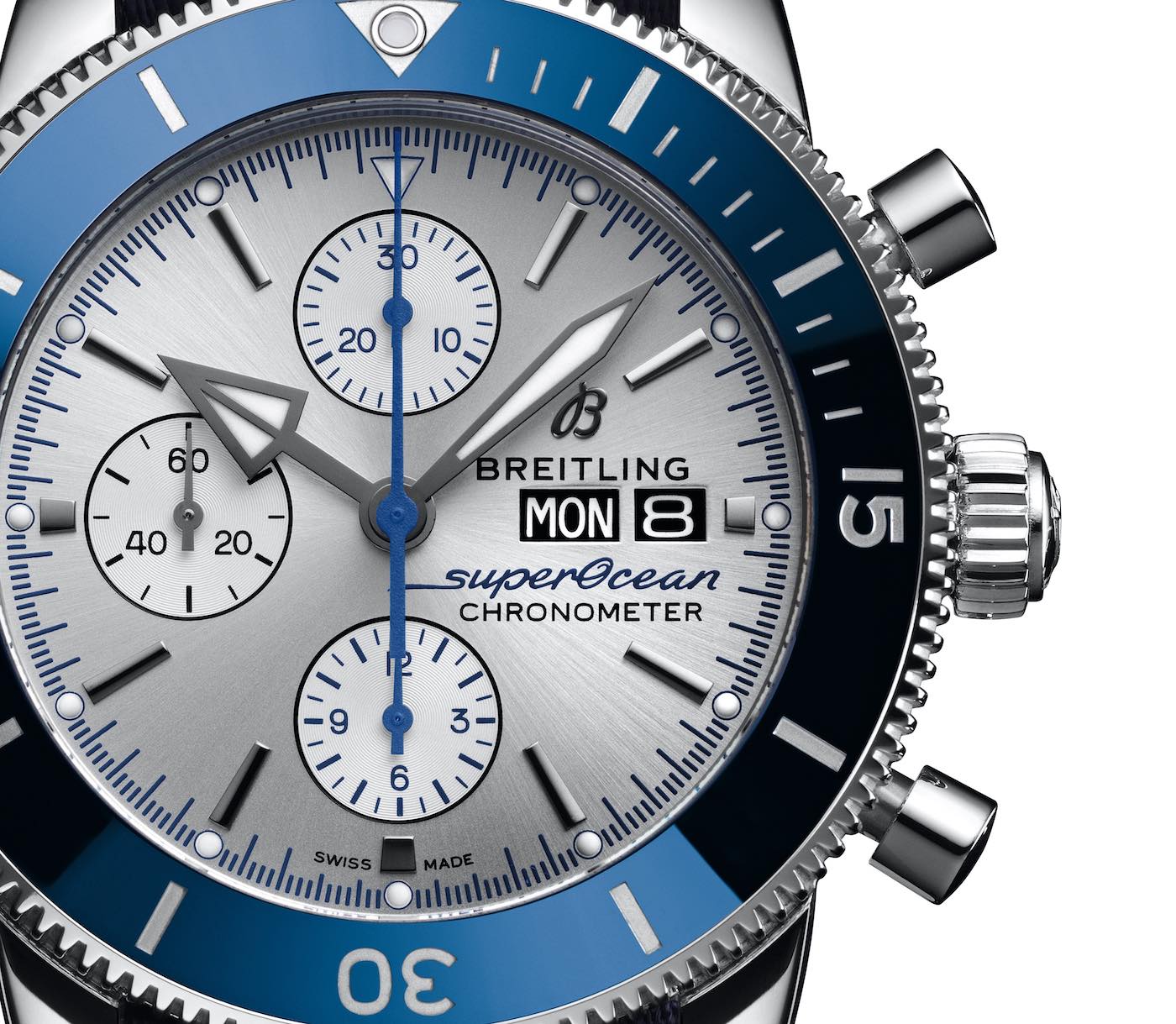 One of the ways watch brands are making a contribution to humankind is through collaborations with worthy environmental causes. Environmental issues such as pollution and climate change are some of the most pressing problems that we face today. To do its part for the world, Breitling has teamed up with environmental advocacy group Ocean Conservancy to release a special watch called the Superocean Heritage II Chronograph 44 Ocean Conservancy Limited Edition. And if that’s not all, the watch was even unveiled at a special event in Bali where members of Breitling’s Surfers Squad, which includes legendary surfer Kelly Slater, helped cleaned up hundreds of kilograms of thrash from the beach.

Blue and silver are the primary colors, and they make for a striking but cohesive combo. The bezel is blue and the dial is silver, adorned with blue accents. The central chronograph seconds hand is blue. Also rendered in blue are the chronograph counters for the elapsed minutes and hours at 12 and 6 o’clock respectively. Additionally, the Superocean inscription is in blue and so are the minute markings along the periphery of the dial. Finally, the watch uses Super-LumiNova that glows blue instead of green. 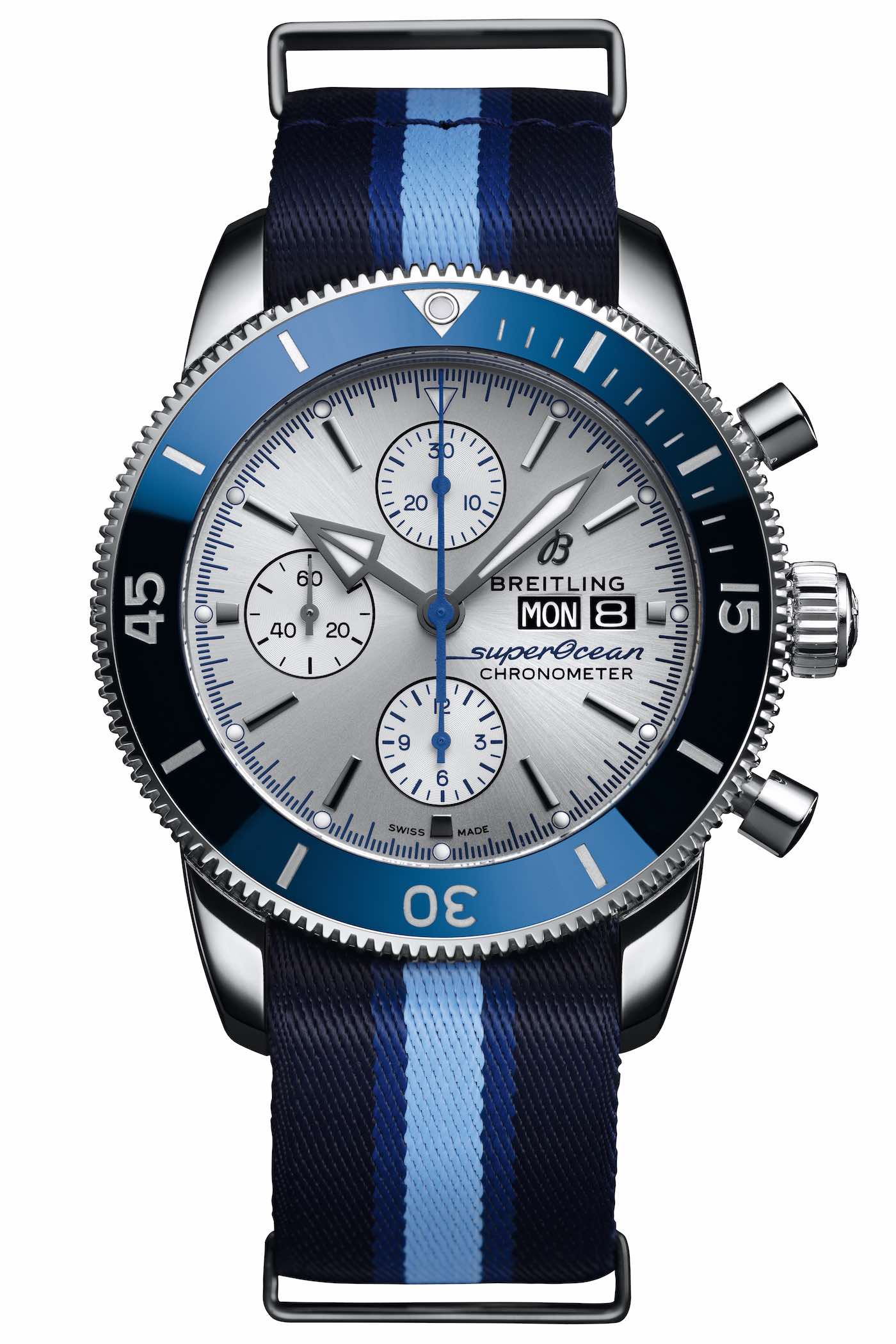 To complete the look, the Superocean Heritage II Chronograph 44 Ocean Conservancy Limited Edition comes with matching blue NATO straps made out of a special recycled material called ECONYL. ECONYL is a portmanteau of the words “eco-friendly” and “nylon” and is made out of recycled nylon from fishing nets. To drive home the message of conservation, the watch comes in a package made from 100% recycled materials.

The movement within is the Breitling Caliber 13, which is really the ETA 7750. There’s nothing wrong about that since the 7750 is a reliable and tested movement. Beat rate is 4Hz and power reserve is around 48 hours. Unfortunately, a solid caseback bearing the logo of the Ocean Conservancy group prevents owners from admiring the movement.

I have always found the Superocean Heritage II watches to be puzzling. Despite the name, I never found watches in this collection to be particularly vintage-y. Their large case sizes are undeniably modern and so is the overall styling of the watches. The only thing that is vaguely vintage are the pump pushers. They are handsome and sturdy watches but I find the name somewhat of a misnomer. The Superocean Heritage II Chronograph 44 Ocean Conservancy Limited Edition will be produced just 1,000 times and is priced at $6,250. And in an act of great generosity, Breitling will donate a portion of the sale of each watch to the Ocean Conservancy. For more information, visit breitling.com.