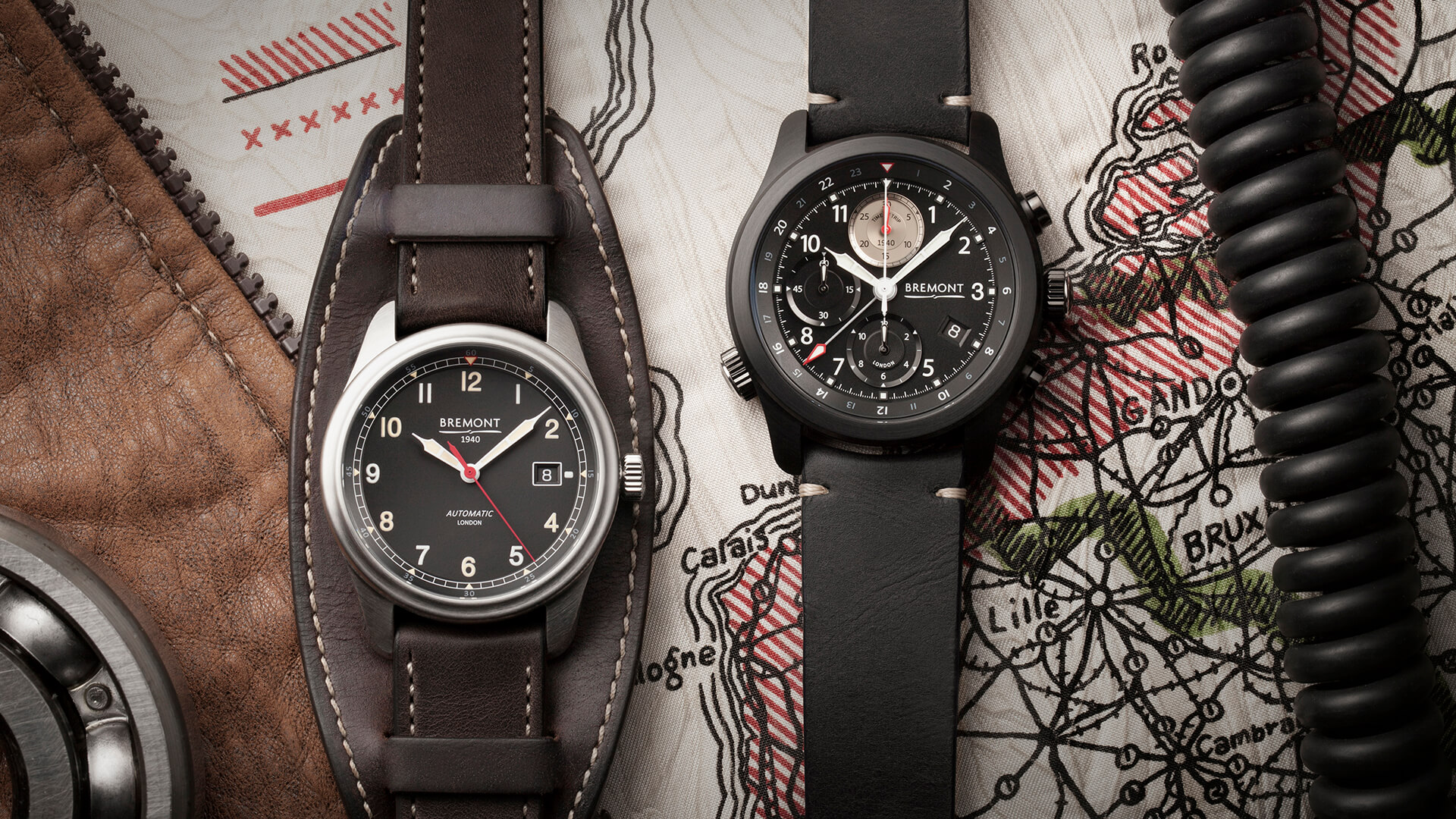 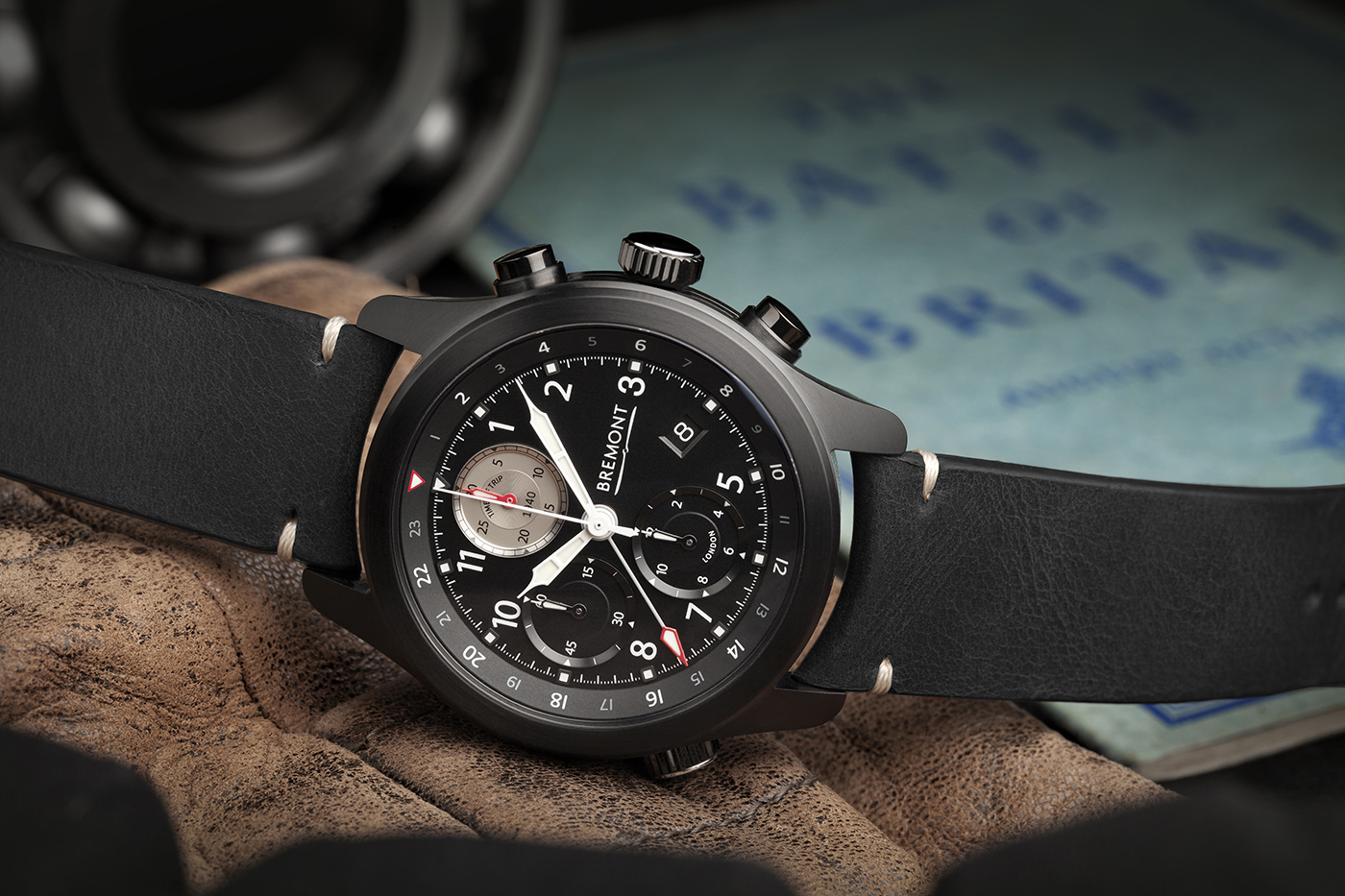 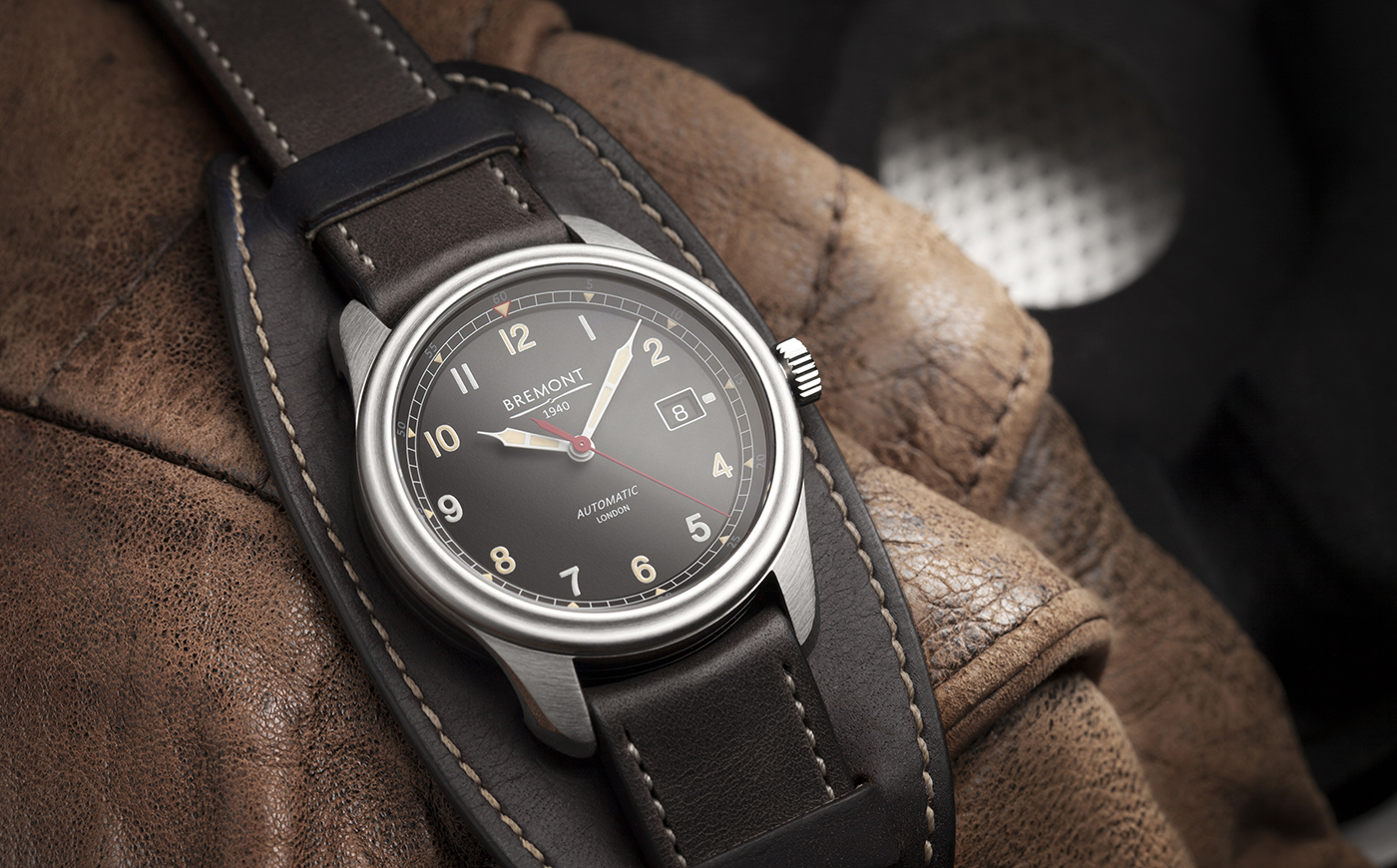 While the Battle of Britain Spitfire may be the more vibrant watch of the pair, the Bremont Battle of Britain Hurricane might be the more handsome model. The overall approach for the Hurricane is far more rooted in World War II-era design, and the elemental form of the 40mm stainless steel case reflects this nicely. In addition to the more compact case dimensions, the mix of finishes helps to add a sense of visual dynamism, particularly the character line created by the mirror polished bevel running the length of the rounded brushed lugs. Like the Spitfire, the Hurricane offers 100 meters of water resistance, and features a complex etching of the fearsome Hawker Hurricane fighter plane on the caseback. 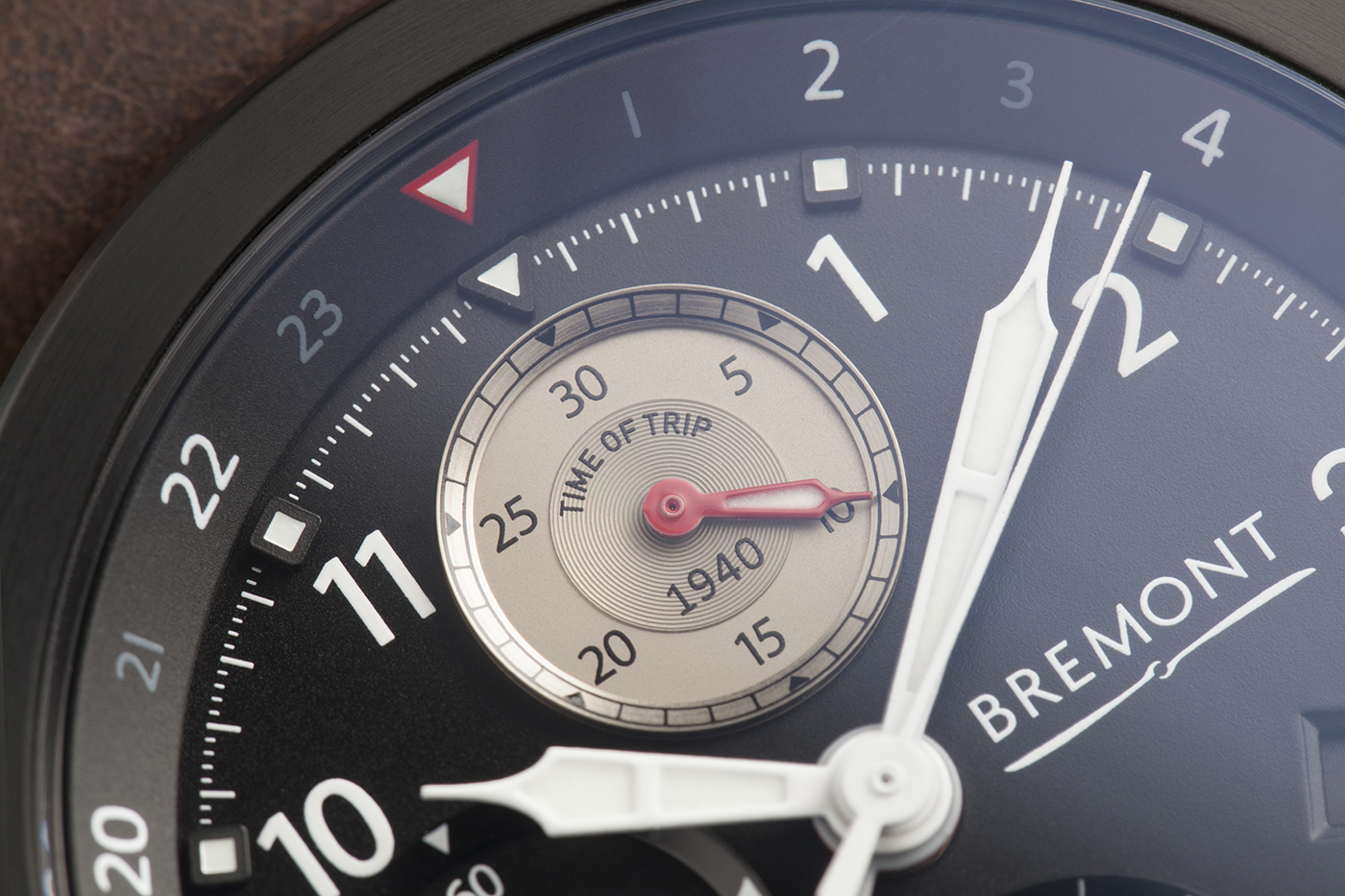 The dial of the Bremont Battle of Britain Spitfire continues its modern take on vintage elements, pairing classic styled cathedral hands with light, crisp Arabic numerals and deep multilayered subdials. The immediate visual centerpiece is the 30-minute 12 o’clock subdial in contrasting silver, featuring a bold lumed red hand and “Time of Trip 1940” text as a nod to the Battle of Britain’s anniversary. This red is echoed in the spear tip of the GMT hand, offering a punch of color as well as some useful aviation functionality. Overall, however, the dial design of the Battle of Britain Spitfire feels somewhat unbalanced, with the lone silver subdial and ungainly 4 o’clock date window disrupting the natural visual flow. 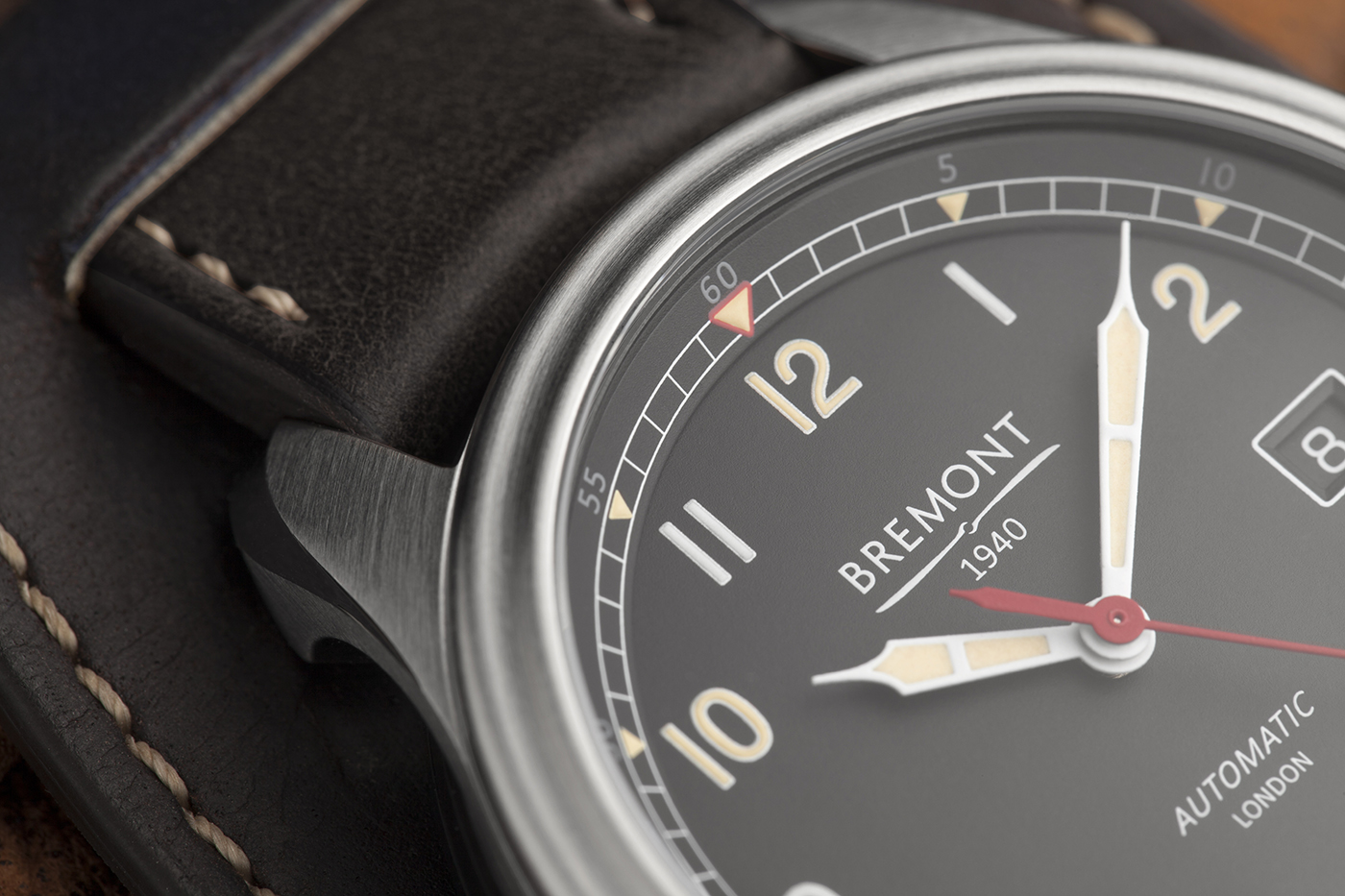 In keeping with its more vintage-flavored approach, the dial of the Bremont Battle of Britain Hurricane is simpler and more focused than its stablemate. Rather than a blend of old and new, everything feels solidly old school here, from the railroad minutes track to the bolder and less embellished font sued for the numerals. The punch of red returns for the needle seconds hand, along with a subtle outline around the printed triangular 12 o’clock marker. One rather puzzling design choice here, however, is the almost checkerboard pattern of lume on each of the hour numerals. Each hour is filled with either pure white Super-LumiNova or a light khaki fauxtina shade, and the mix of these two slightly different colors alongside one another feels almost unintentional at first glance. 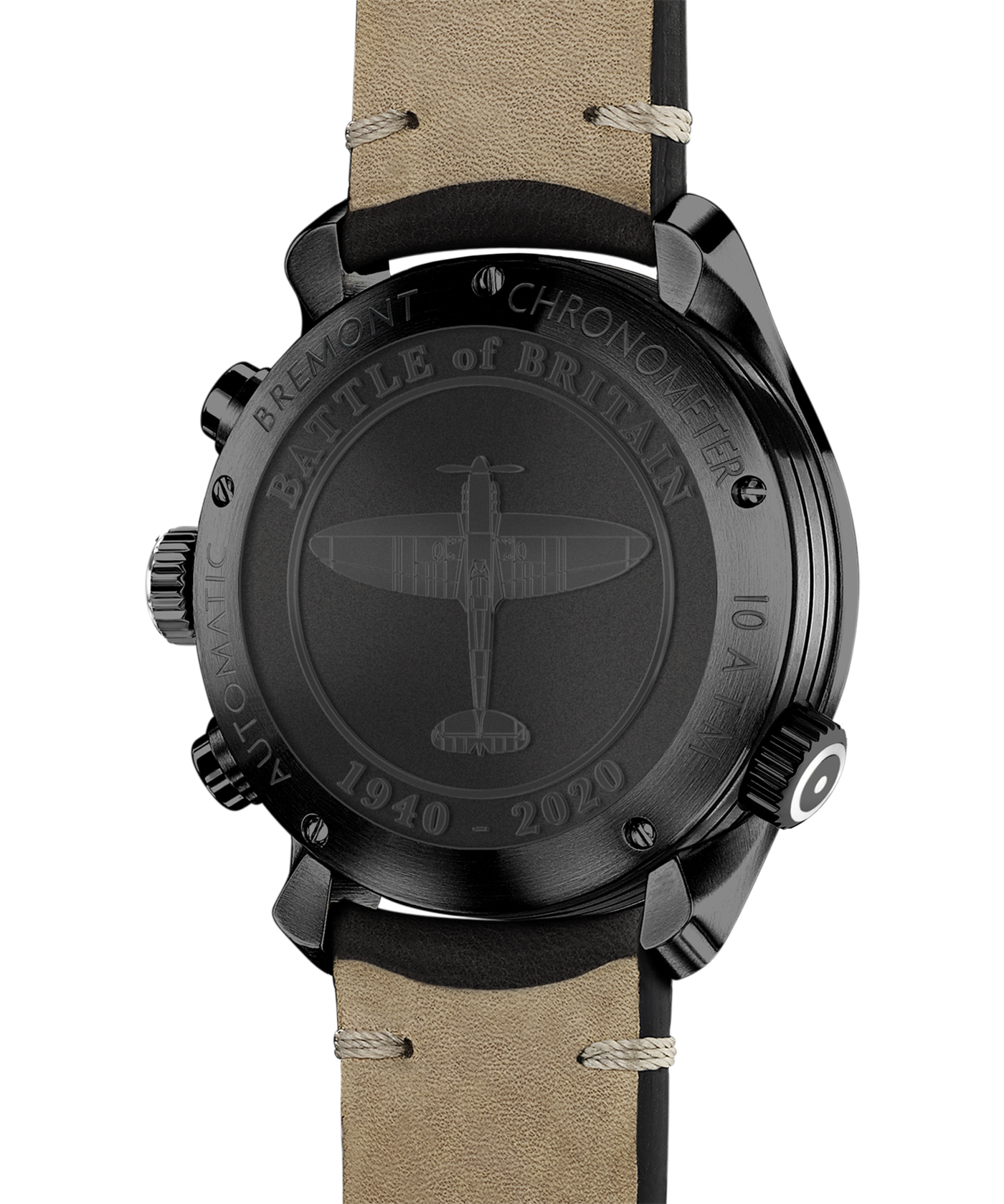 Both models in the Bremont Battle of Britain Collection are powered with heavily modified ETA based automatic movements. For the Bremont Battle of Britain Spitfire, this is the ETA 7754 based BE-54AE automatic GMT chronograph movement. This powerplant offers an adjustable 24 hour GMT hand, 12-hour chronograph, a 42 hour power reserve, and a smooth 28,800 bph beat rate. The Bremont Battle of Britain Hurricane receives an ETA 2892-A2 based BE-92AE sporting a 38 hour power reserve and a 28,800 bph beat rate. Like most Bremont movements, however, both of these movements are dramatically changed from base models with Gluycdur balances, Anachron balance springs, Nivaflex 1 mainsprings, and both are chronometer rated for accuracy. 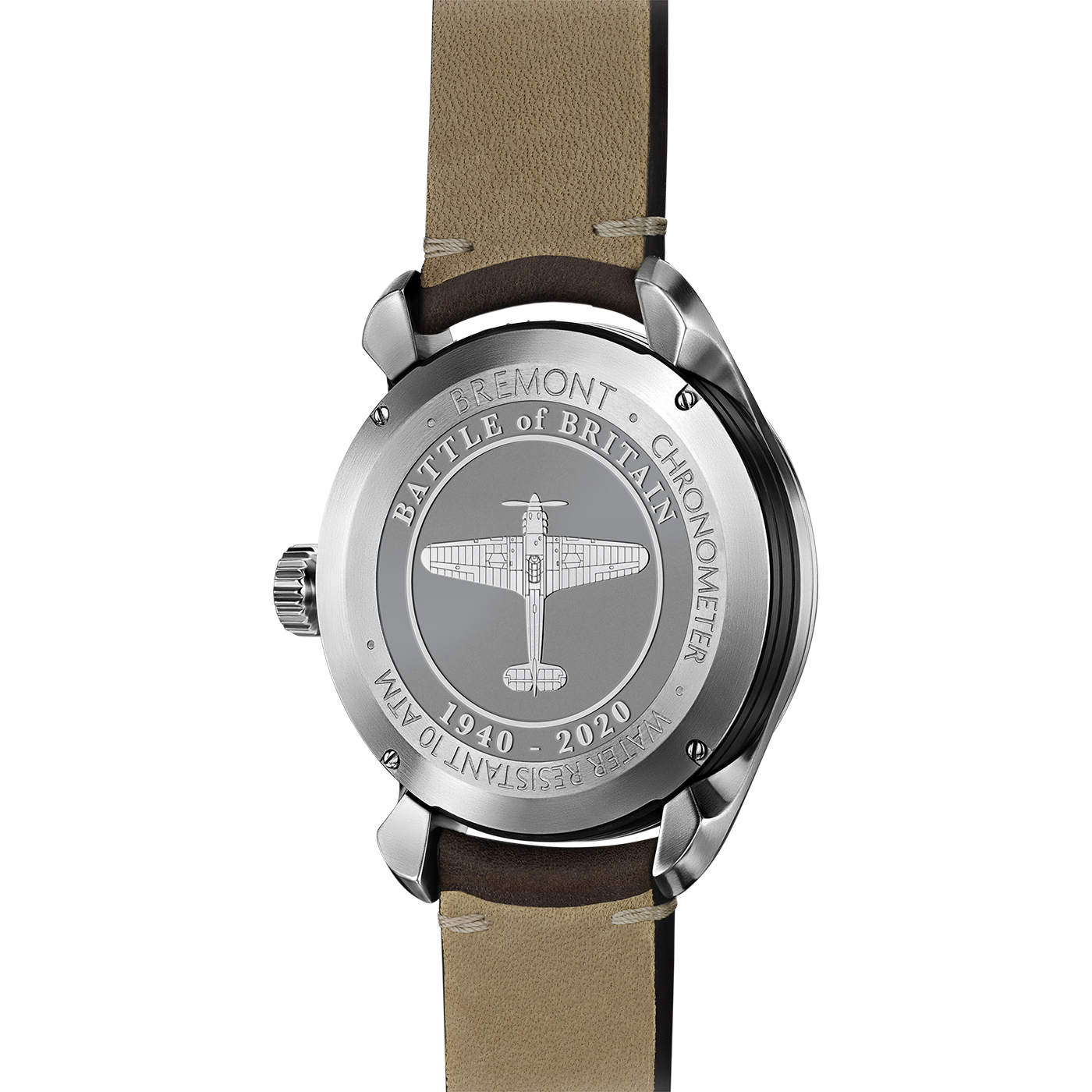 While the Bremont Battle of Britain Spitfire and Bremont Battle of Britain Hurricane take firmly different design approaches for nearly every aspect of appearance, both take a similar vintage styled route for strap options. The Battle of Britain Spitfire wisely goes for a more conservative black leather strap with off-white side stitching, allowing the more aggressive elements of the case and dial to remain the focal point. For the more elemental Battle of Britain Hurricane, however, the simpler overall aesthetic allows for a more playful design choice in terms of straps. The wide, extended bund strap in tobacco brown is a solid expression of this, keeping the early 20th century tone of the overall aesthetic while injecting some more unique personality into the design. 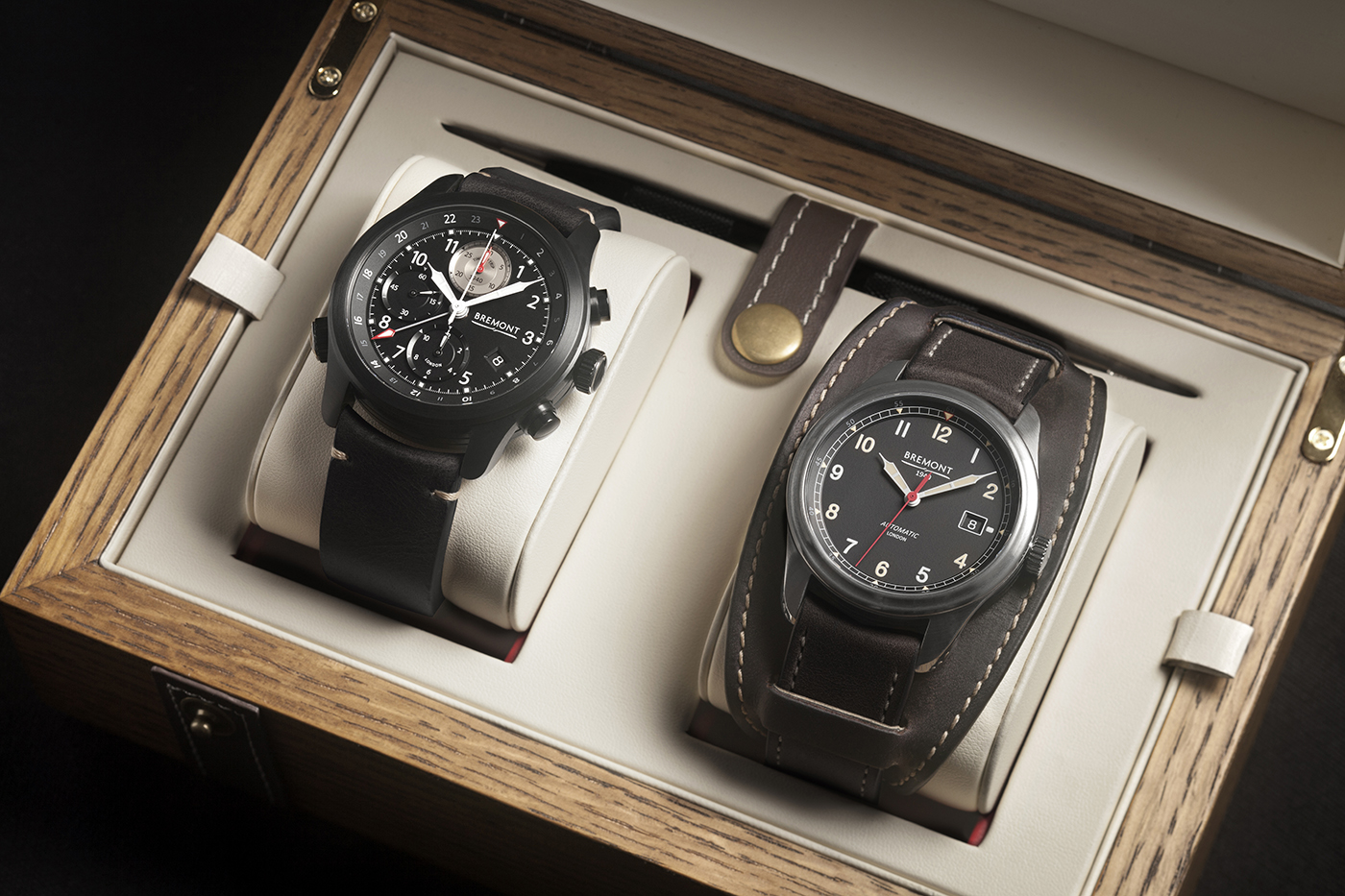