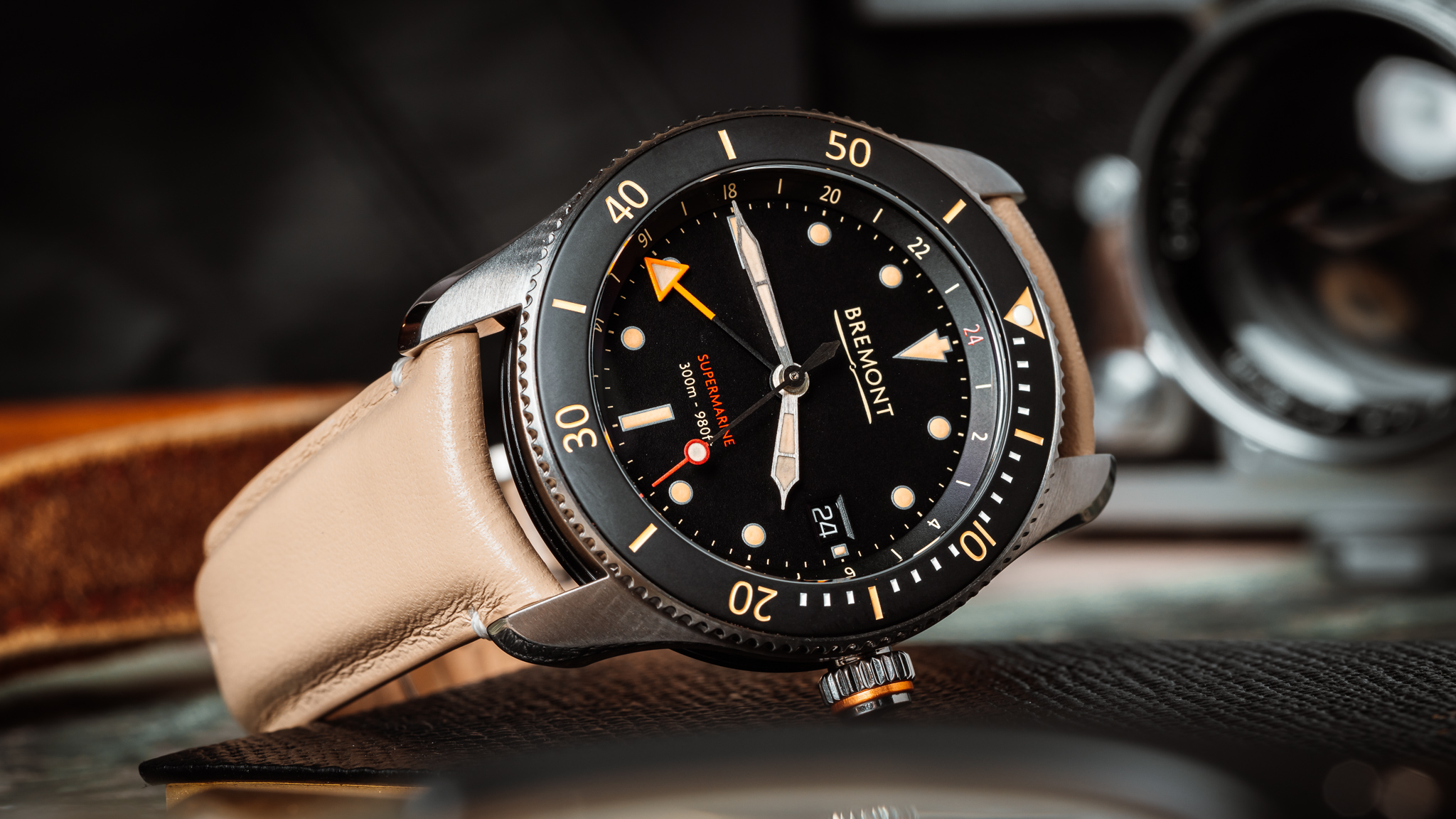 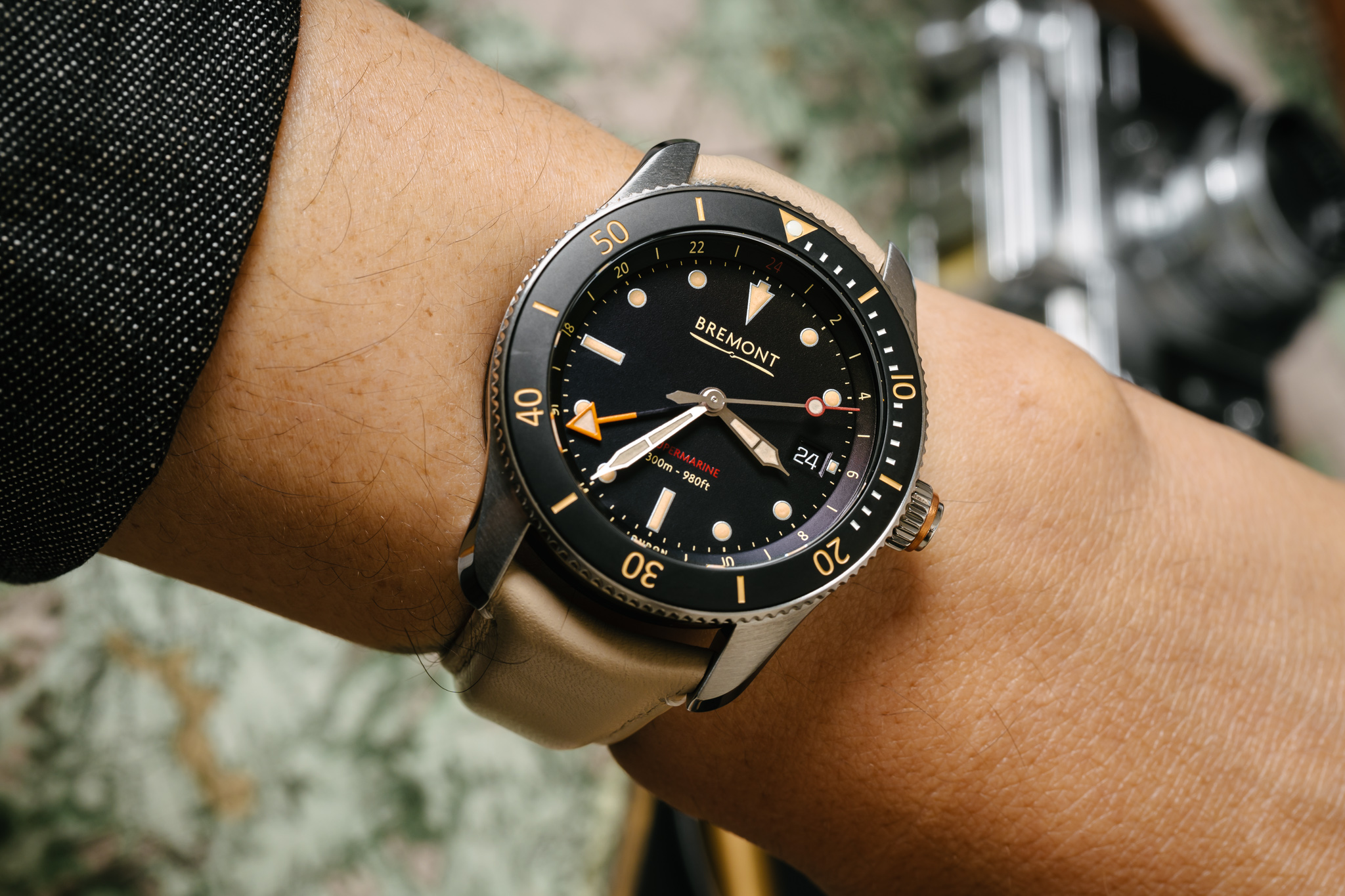 If you’ve ever met Nick or Giles English, you know the brothers are always smiling. And why wouldn’t they be? After all, the founding pair behind British watchmaker Bremont has finally moved into their brand’s expansive new manufactory after a yearlong delay due to the global pandemic, a facility that is already starting to yield the fruits of a whole lot of labor. Among those fruits is the 40mm Supermarine S302 GMT dive watch — one of the very first Bremont references to come to life in this ambitious new space. 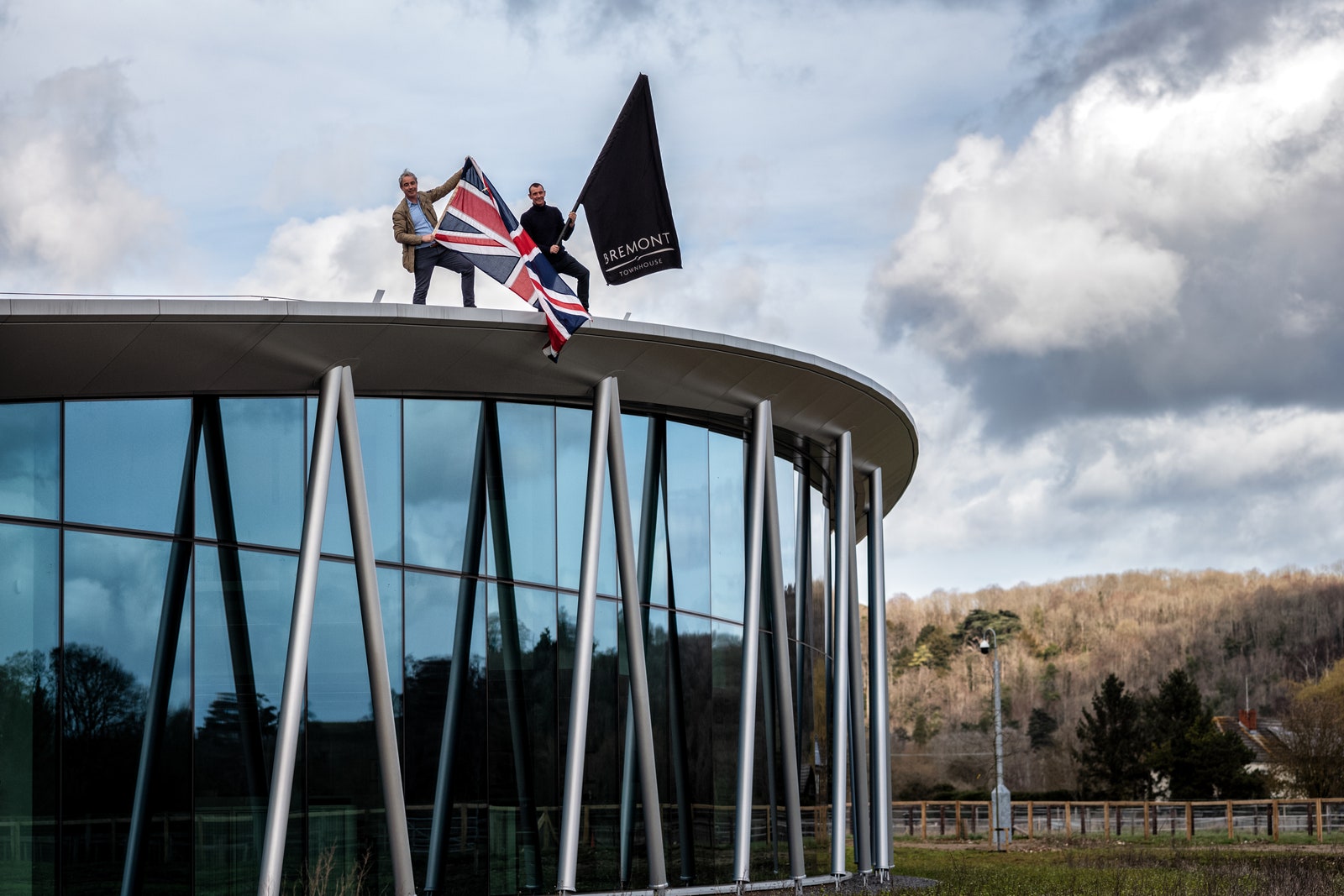 Before we get too deep in the weeds around specific impressions of the watch itself, it’s worth taking a moment to acknowledge the Wing — Bremont’s new manufactory in Henley at Thames and a central character in the brand’s long-running goal of bringing the United Kingdom back to the forefront of the watchmaking industry. It’s been quite a triumph, though — after five years in development (not counting the pandemic delay), the sweeping vision of the Wing certainly does seem to hint that Bremont has no plans to follow footprints laid by any of its contemporaries. Designed explicitly for watchmaking, its eco-friendly design (where excess heat from machining processes on one side of the building are designed to heat the rest of the building, as just a single example) lays the groundwork for a brand with fully carbon-neutral ambitions, as well as one that also aims to trace as many elements of its watches back to their origins under the Wing’s own sweeping roof. For now, it’s here where stout rods of Norwegian steel are machined into cases, bright red jewels are set into movements, and those movements are then embellished with Bremont’s own touches, the likes of which include traditional perlage, custom skeletonized rotors, and patented anti-shock technologies. Final assembly and quality control also take place at the Wing, though the brothers hint that much more is about to be taking place here in the immediate future. It’s all a welcome step toward the next level of manufacturing integration for Bremont, and a very welcome one to better inform and serve the end-consumer, particularly in an industry where component origins and assembly are generally shrouded in mystery. 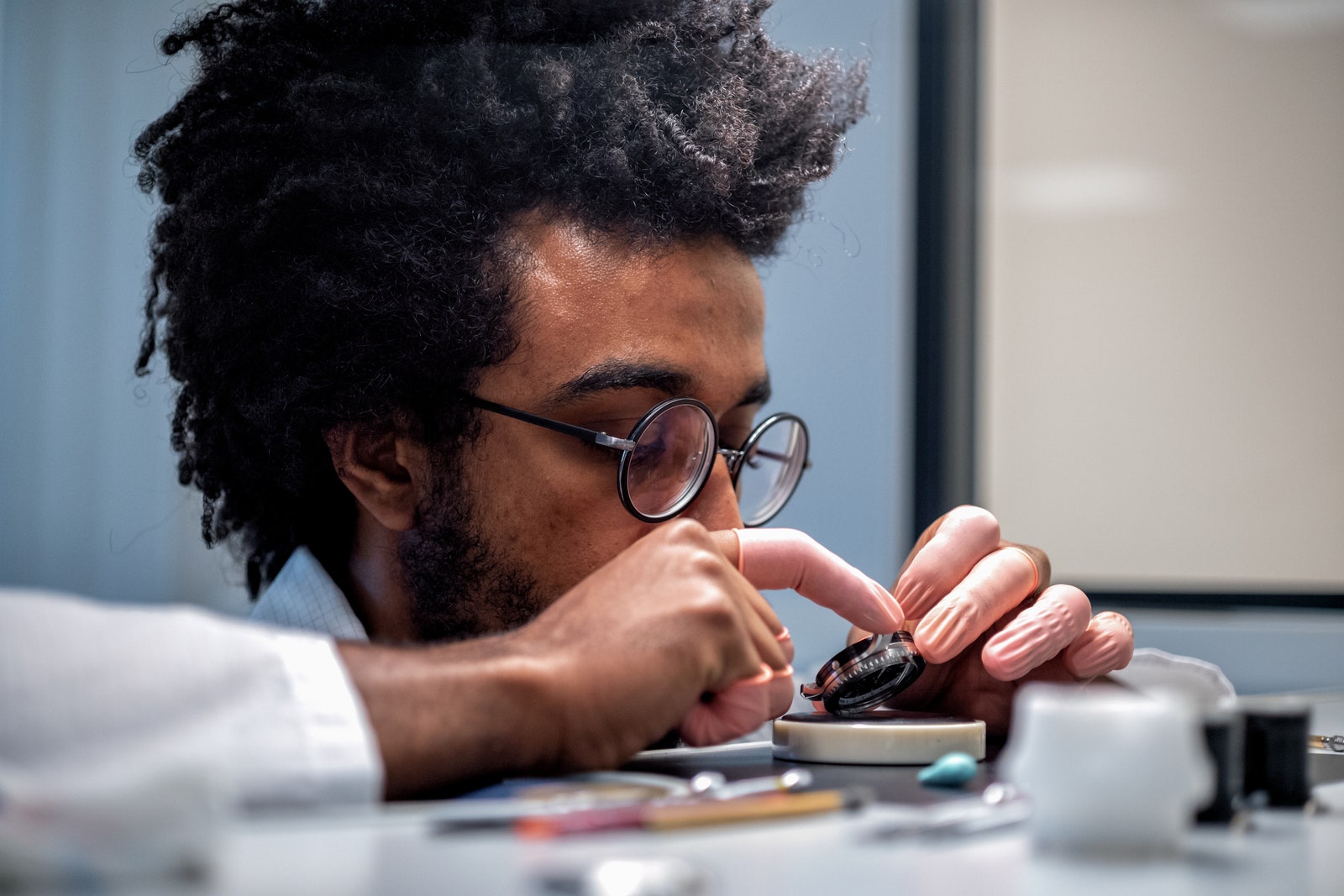 Taking all this into account is probably what makes the new S302 such an impressive value proposition. Priced at just over $4,000 USD, you have a tried-and-true Swiss GMT ebauche (an ETA 2893 base that’s been customized and chronometer-certified, in this instance) powering a fully British-machined and British-built tool watch. Now, are there cheaper GMT watches available using that same movement? Certainly — and it’s a familiar refrain whenever the Bremont name is in the conversation. But we don’t buy a watch entirely just for its movement — we buy it for the sum of its parts. And with Bremont, you buy it for the quality and complexity of the case design, the easy-wearing capability of the watches themselves, and the simple fact that for the better part of the last decade, the brand has brought originality, debate, and a certain stubbornness back to British watchmaking — all of which is absolutely worth supporting, if those values mean anything to you. 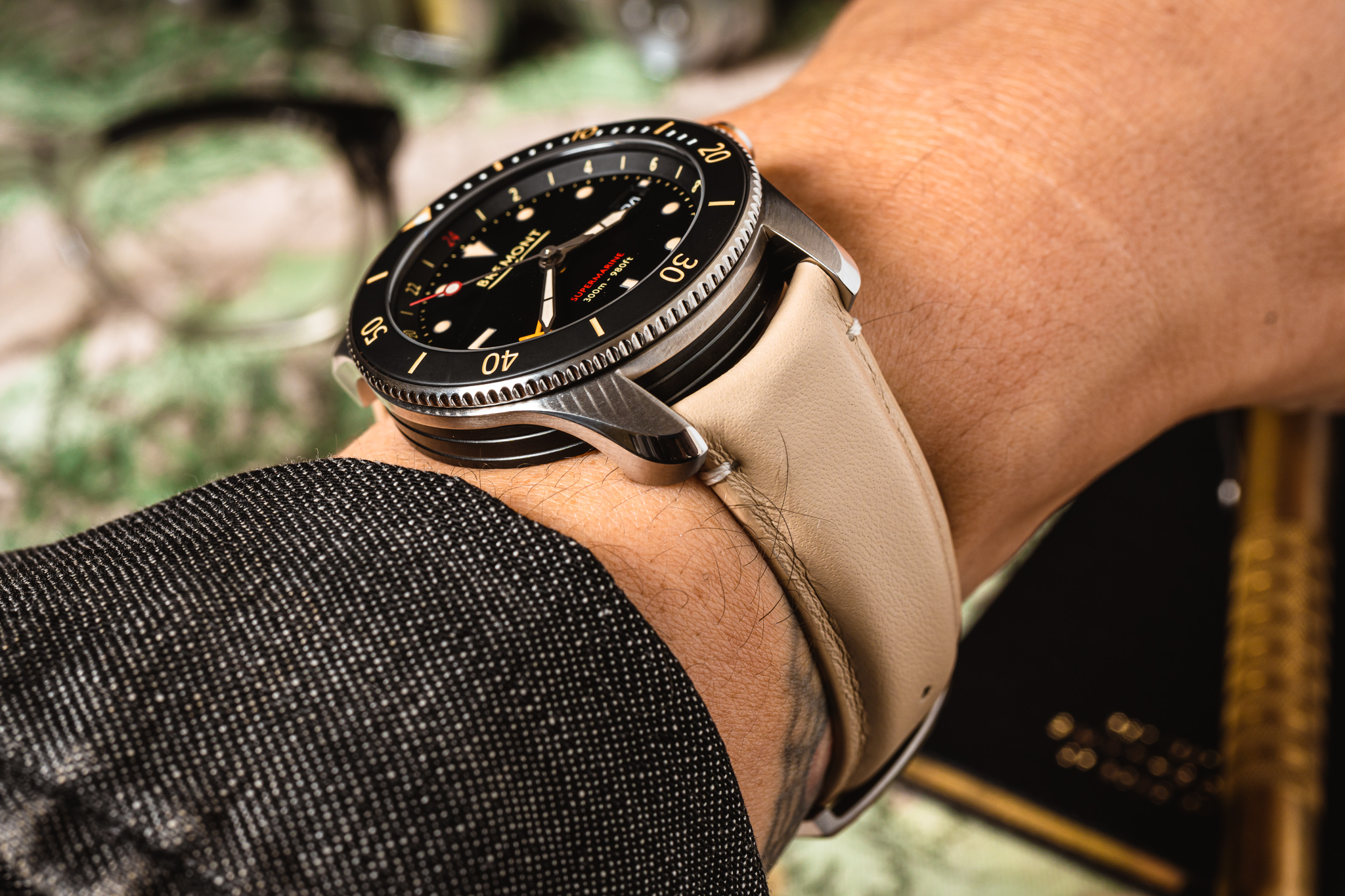 Visually, the new S302 GMT looks a lot like the standard Supermerine S301, with its stout 40mm profile and signature ribbed DLC-coated barrel protecting the middle of the hardened steel case. And despite its entry as a card-carrying GMT watch, Bremont wisely retained the traditional 60-minute scale on the uni-directional ceramic bezel, squarely maintaining its capability as a dive watch, and not a traveler or pilot’s watch that happened to have a surplus of water resistance. It might not seem like much, but if you pull out a cross-section of similarly equipped references from Monta, Oris, Bell & Ross, Tudor, and even Breitling or Omega (if we stretch the budget a little), you’ll find a surprising number of bi-directional 24-hour bezels, some of which even come equipped with the all-important independently adjustable hour hand — a combination that makes for an easy way to frequently jump back and forth between multiple time zones. But at the end of the day, if you’re just planning on settling in for a prolonged dive holiday on some far-flung turquoise-framed locale, the quickset GMT is fine, and you really only need time zones: home and local time, ensuring those daily appointments at the dive boat don’t get missed. 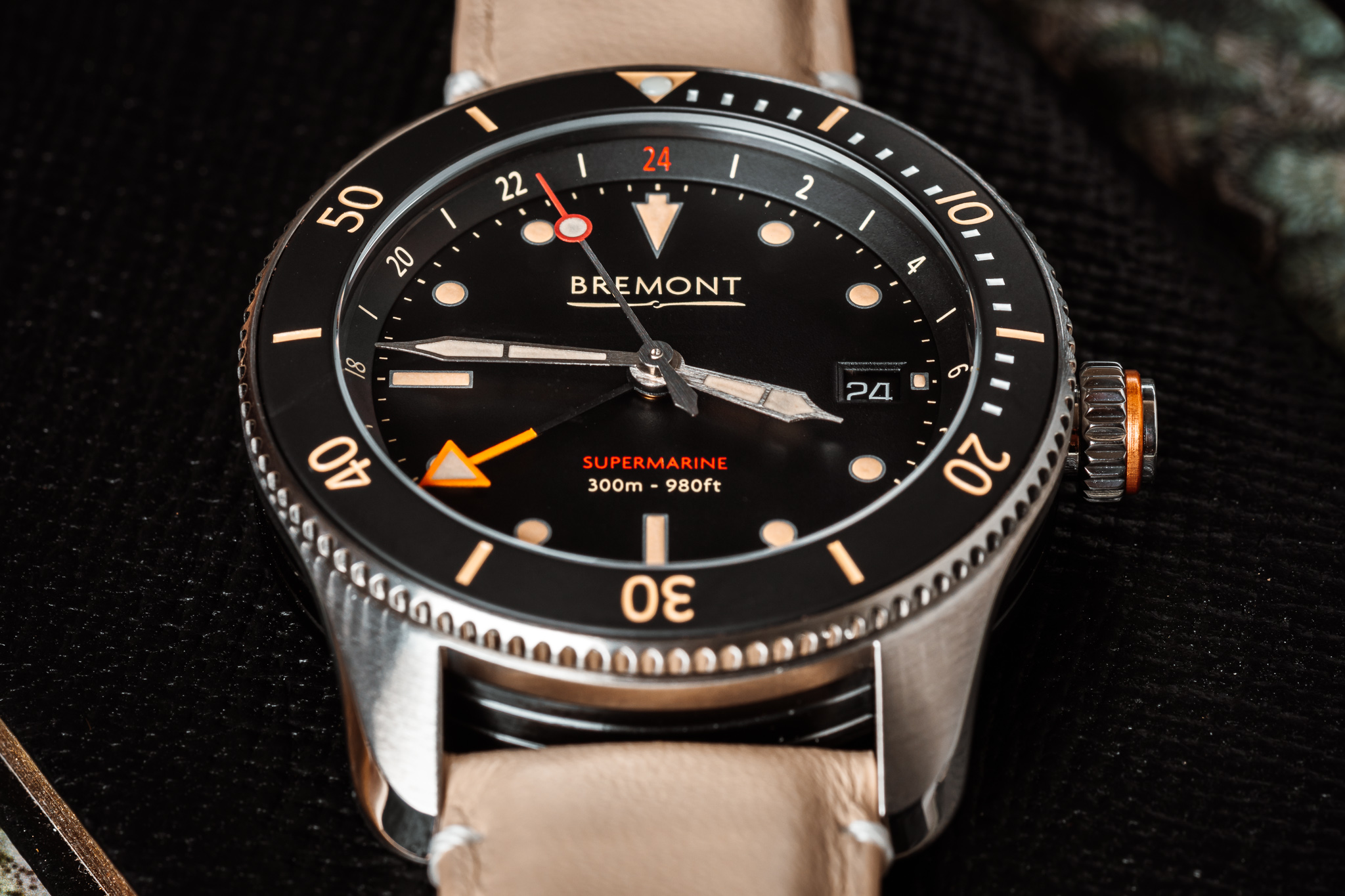 Thoughtfully sized at 40mm, the new S302 breaks a bit from the tradition of Bremont’s previously GMT-equipped divers like the recent Project Possible and the now sold-out Endurance, both of which were sized at 43mm. The stance on wrist hasn’t changed much (the 40mm Supermarine is 2mm thinner and only a single millimeter shorter on its lug-to-lug measurement), but the dial opening has shrunk, as has the lug-width, which is now 20mm, resulting in a watch that still wears quite modern but should be just visually small enough to appeal to anyone who prefers the classical dimensions of the prototypical mid-century tool watches.

Personally, I prefer the applied dial elements, the unique 2 o’clock crown position and crown guards, and the slightly more aggressive styling of the larger 43mm GMT versions, but what the S302 lacks in the aforementioned, it more than makes up for in charm through its orange-ringed crown and cream-colored painted hour markers. It also strikes me as the perfect low-key adventure watch — I wouldn’t think twice about taking it down to Baja for a little freediving or overlanding, where the watch’s matte dial, brushed lugs and flanks, and notable absence of a ubiquitous Swiss “luxury” name on its 12 o’clock marquee are collectively actually an advantage. 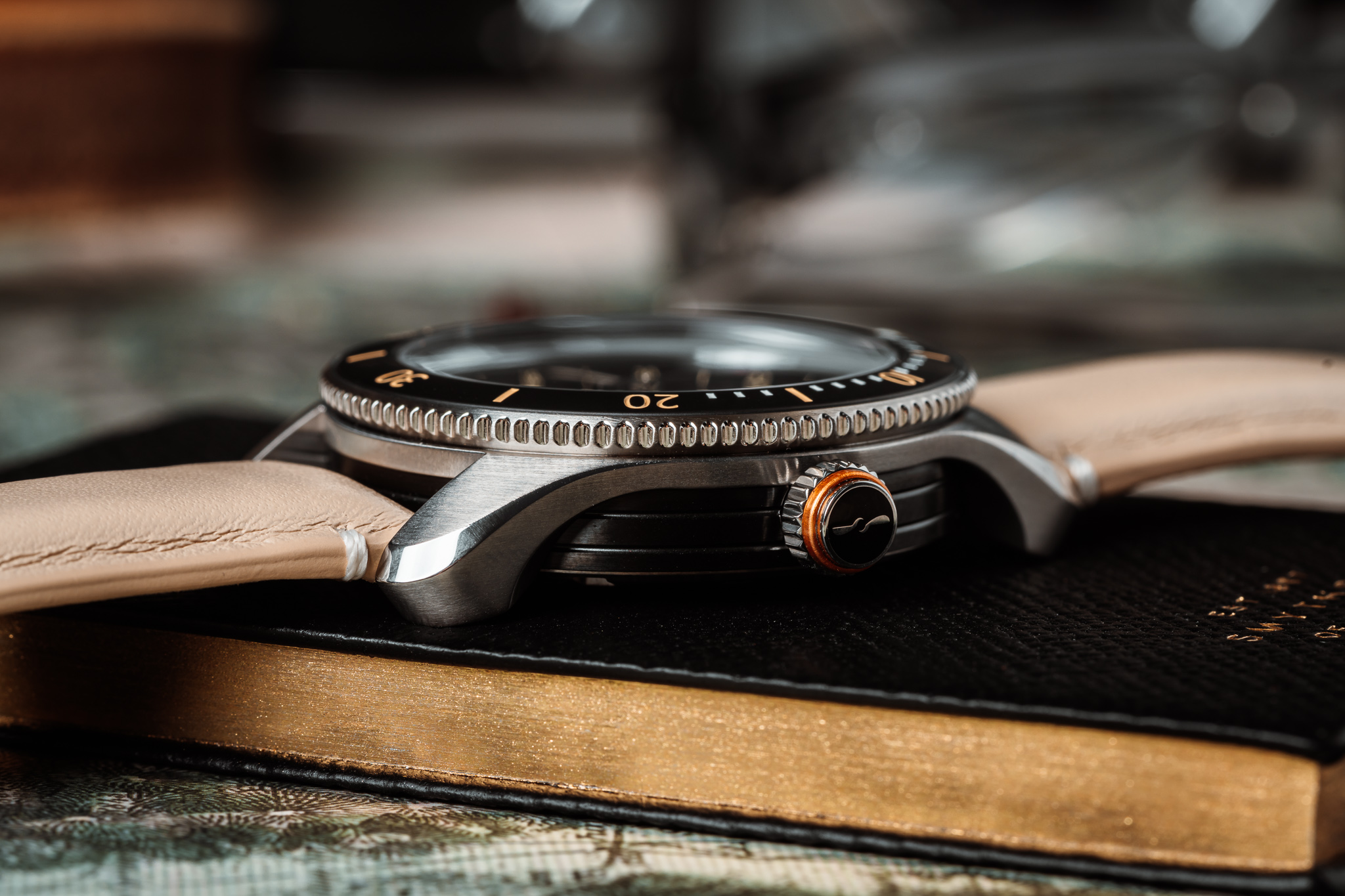 Available on a NATO, a two-piece leather strap, or a stainless steel bracelet, the Bremont Supermarine S302 GMT has a starting price of $4,195 USD for the leather strap. You can learn more about the Supermarine collection and find your own at bremont.com. 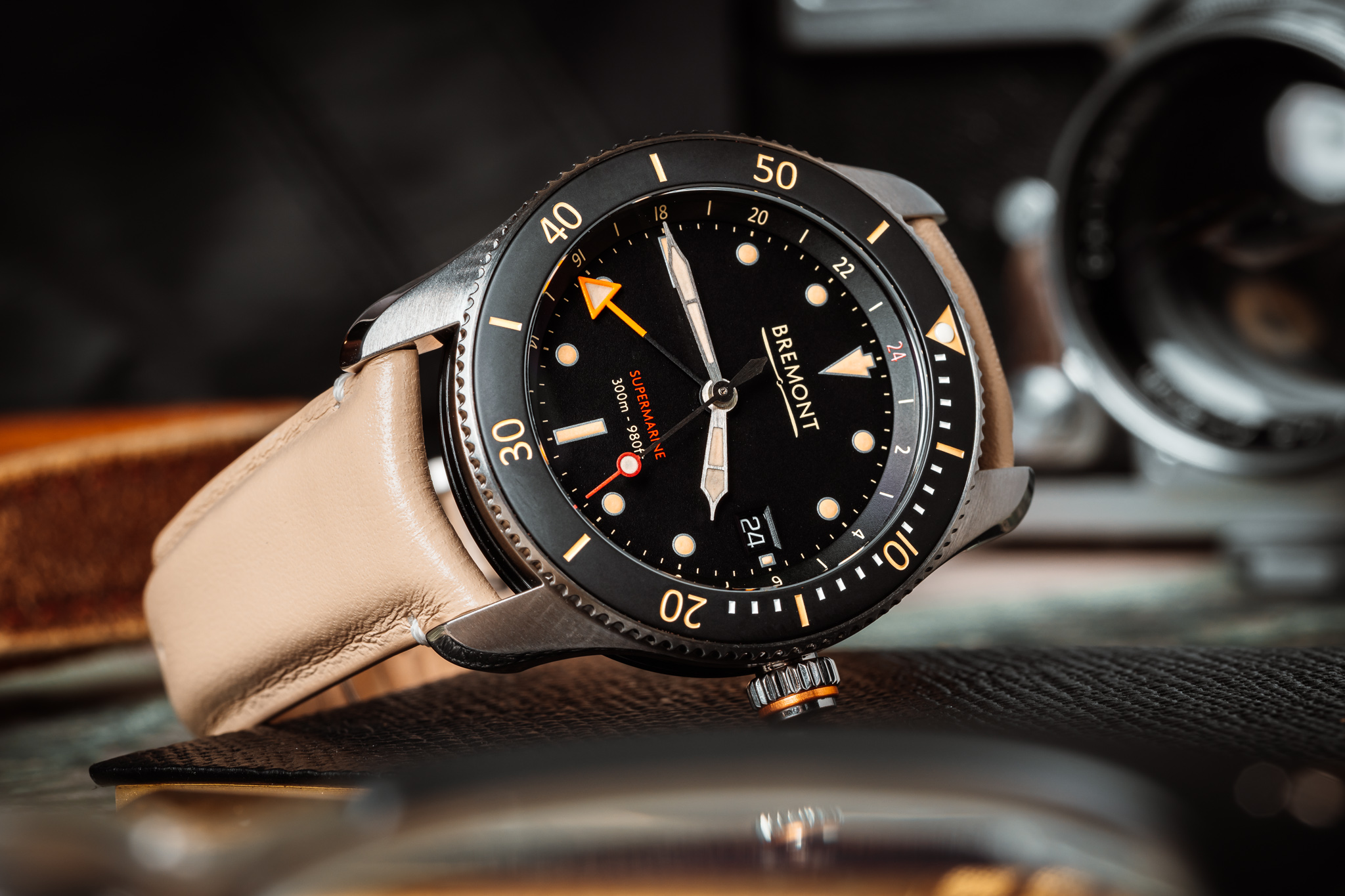