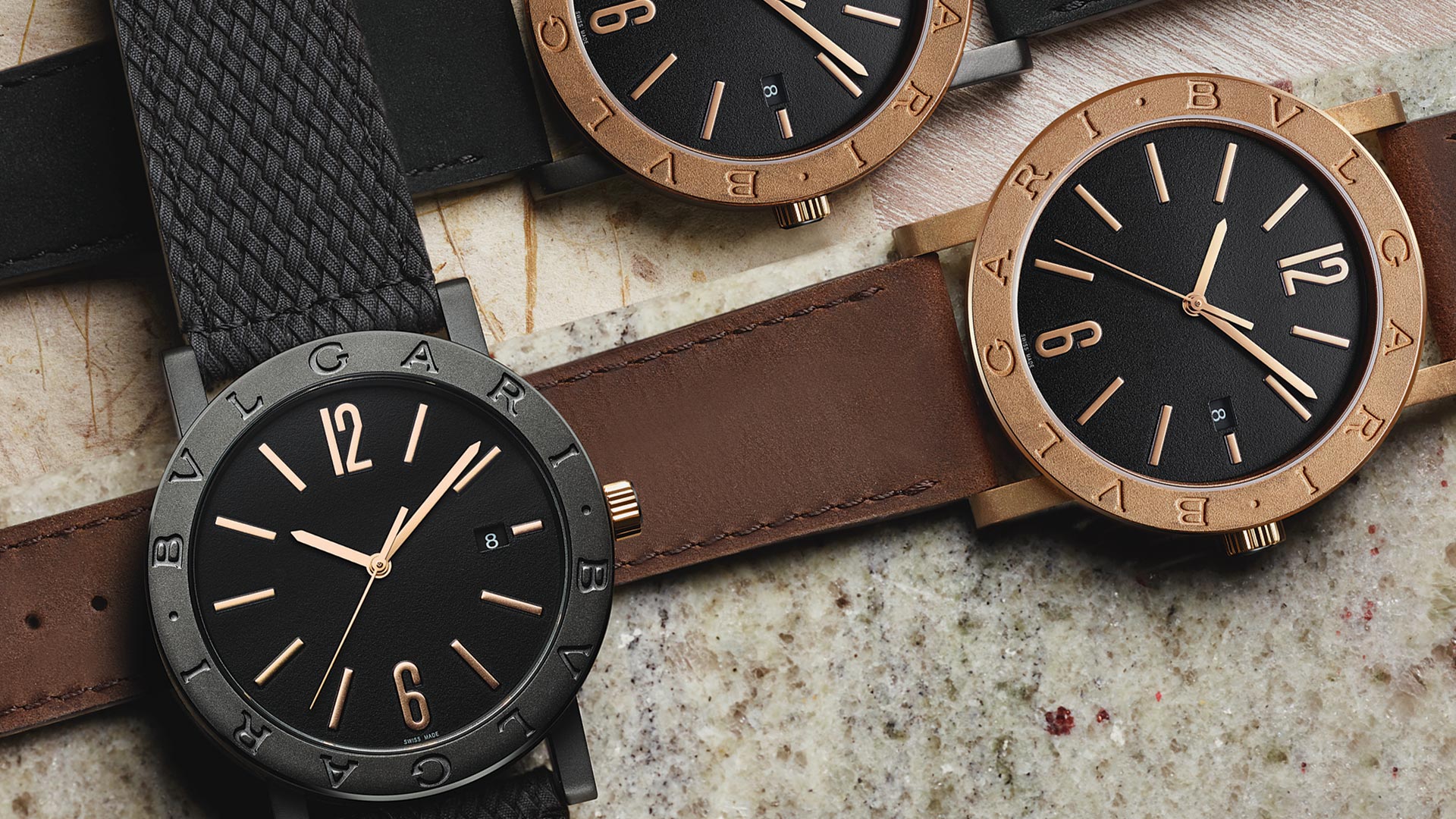 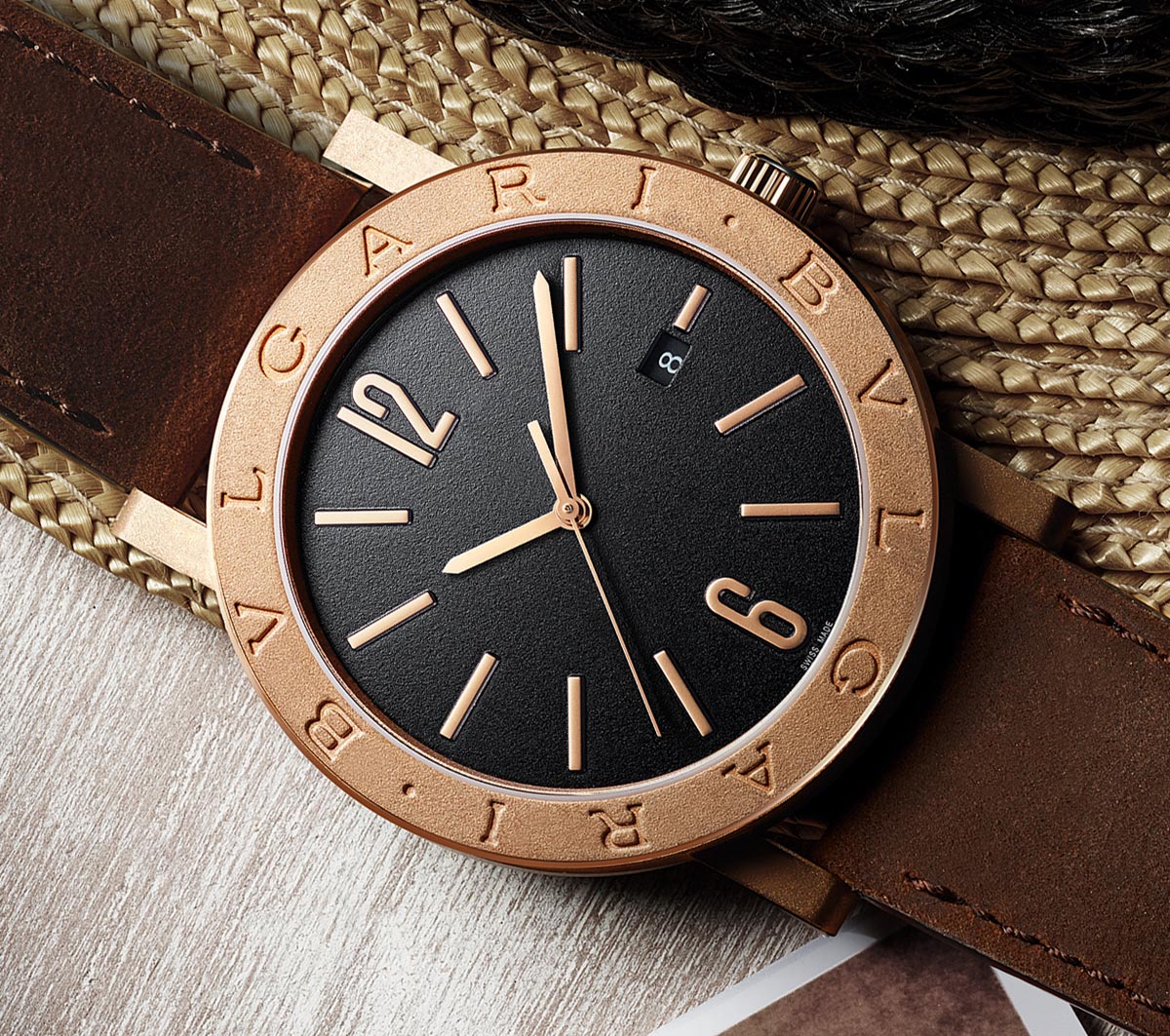 For 2018, Italian jeweler and maker of Swiss-Made watches Bulgari updates its self-titled Bulgari Bulgari watch with some pretty slick-looking bronze and black DLC models. Other small touches of note include the unbranded dial, which is meant to reference the original that was introduced in the 1970s, as well as a quick-change system for the straps. Alongside these men’s watches, Bulgari also announced new Bulgari Bulgari watches for women that are smaller, thinner, shinier, and naturally include some diamonds, but we want to focus on these men’s models that come in three versions. 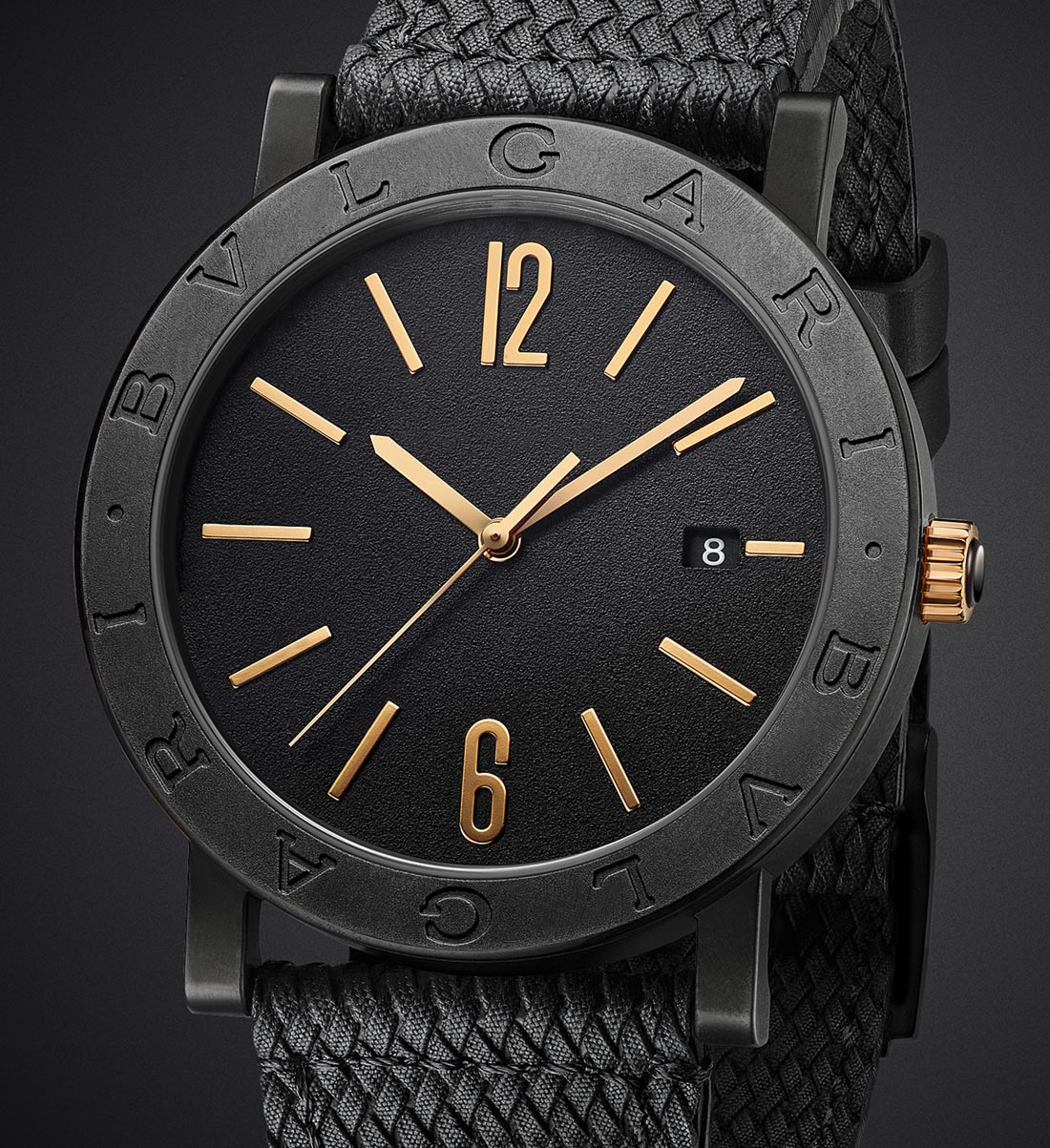 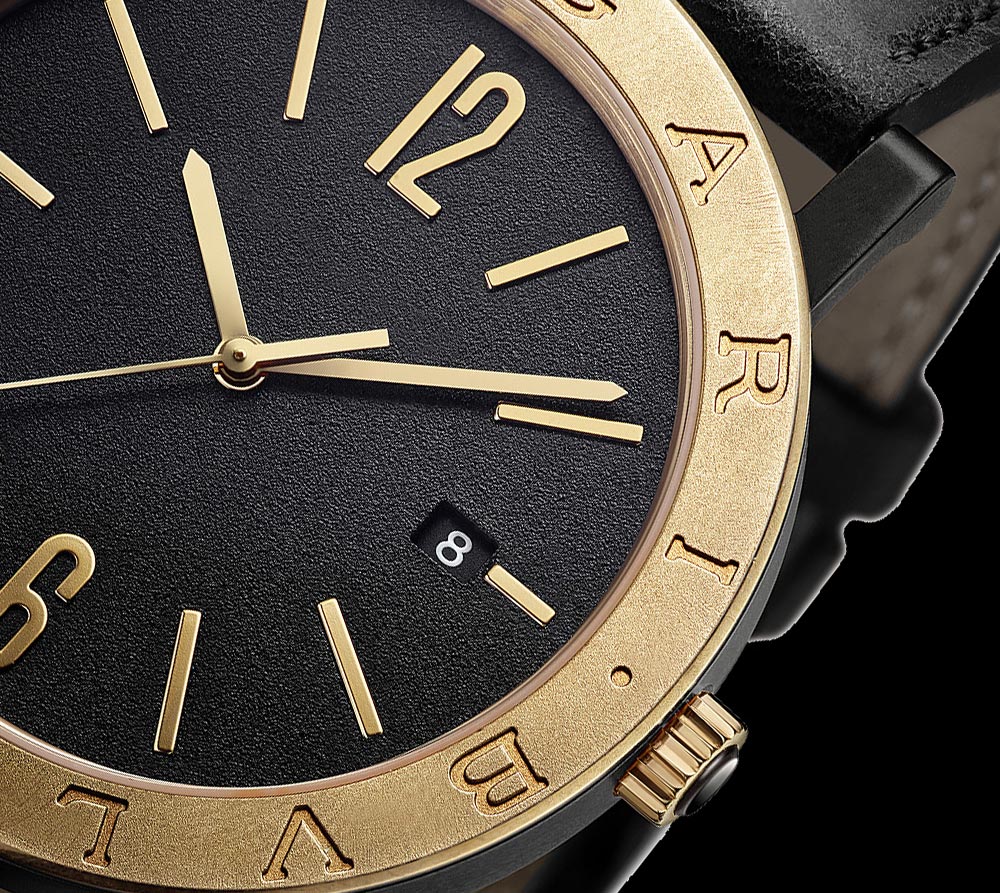 The Bulgari Bulgari is said to reference the brand’s beginning of watchmaking for men. Having since acquired the Gerald Genta and David Roth brands, as well as producing impressive in-house movements and a number of notable watches, it is hard to see Bulgari as simply a “fashion brand” as some watch fans have tended to. The story goes that Bulgari Roma was created for the jeweler’s 100 best clients as a gift in 1975 (that exact model was a digital quartz watch) and its popularity lead to full production starting in 1977. The Bulgari Bulgari is an evolution of the Roma with a similar engraved bezel design. Anyhow, that’s how Bulgari began making men’s watches and what led to the Bulgari Bulgari. 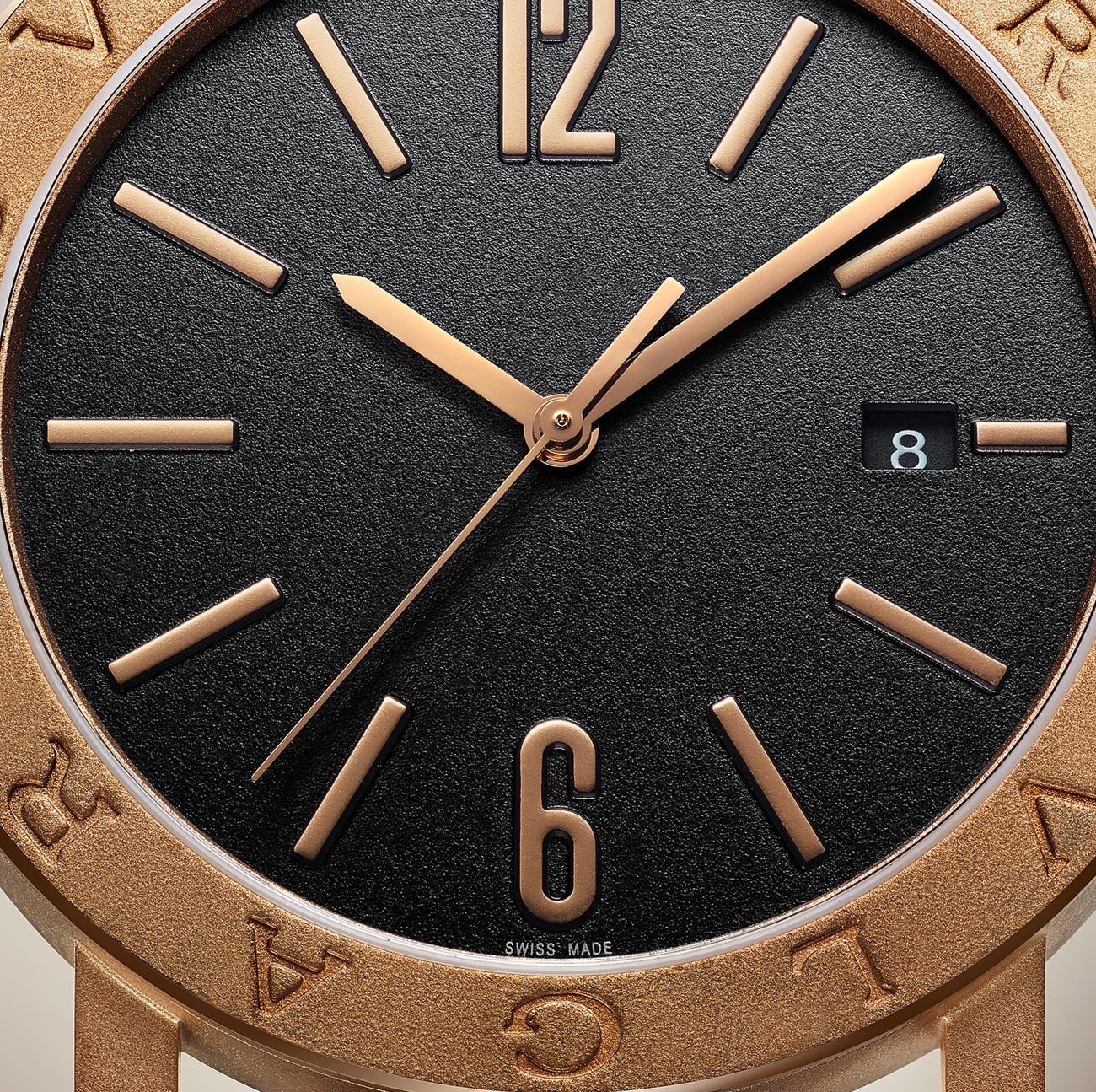 The three new models all have black dials and bronze hour markers with bezels and cases that feature a mix of other materials or finishes. One is all bronze, one is all black DLC-coated steel, and one is DLC steel with a bronze bezel. Bronze watches are all over the place in recent years, and it seems that just about every brand is choosing a model or collection to do in bronze. These are often dive watches, and the Bulgari Diagono Scuba (reviewed here) might also be a good candidate for bronze, but the material and these mixes also suit the Bulgari Bulgari just fine. 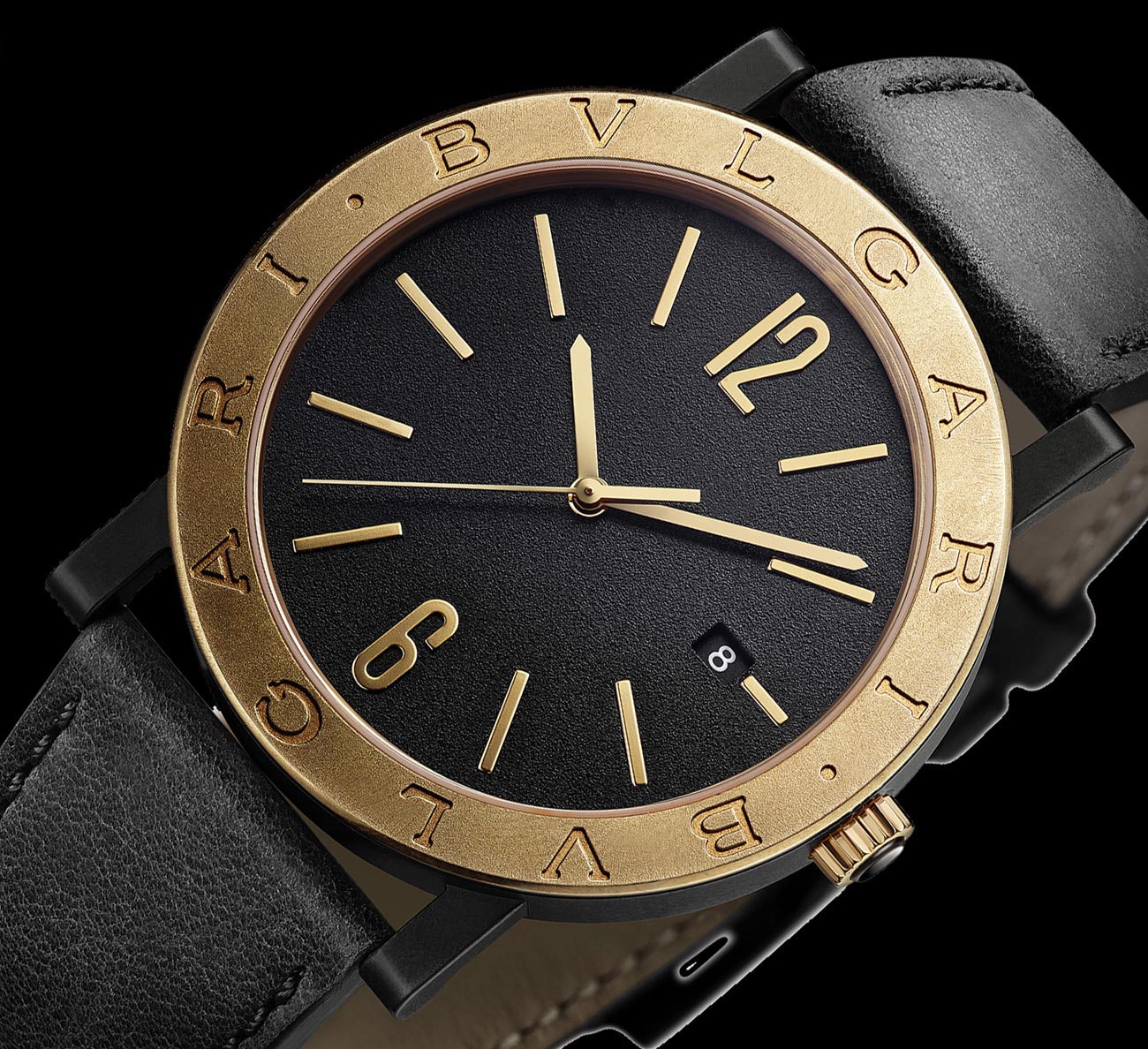 The design of the Bulgari Bulgari is said to be based on Roman coins, and it has always been one of those watch designs that attracted me even though I am often put off by overly conspicuous luxury branding. Hardly more redundant than the name itself, over the years Bulgari-branded dials have found their way onto iterations of Bulgari Bulgari watches like these in blue that we saw hands-on. Surely, the double-Bulgari bezel is sufficient branding, though, and the resulting super clean dials of these new models is something many will appreciate – perhaps more so without the date at 3 o’clock, but it doesn’t bother me personally. The contrasting crown in bronze with a black ceramic insert may also be a controversial touch. 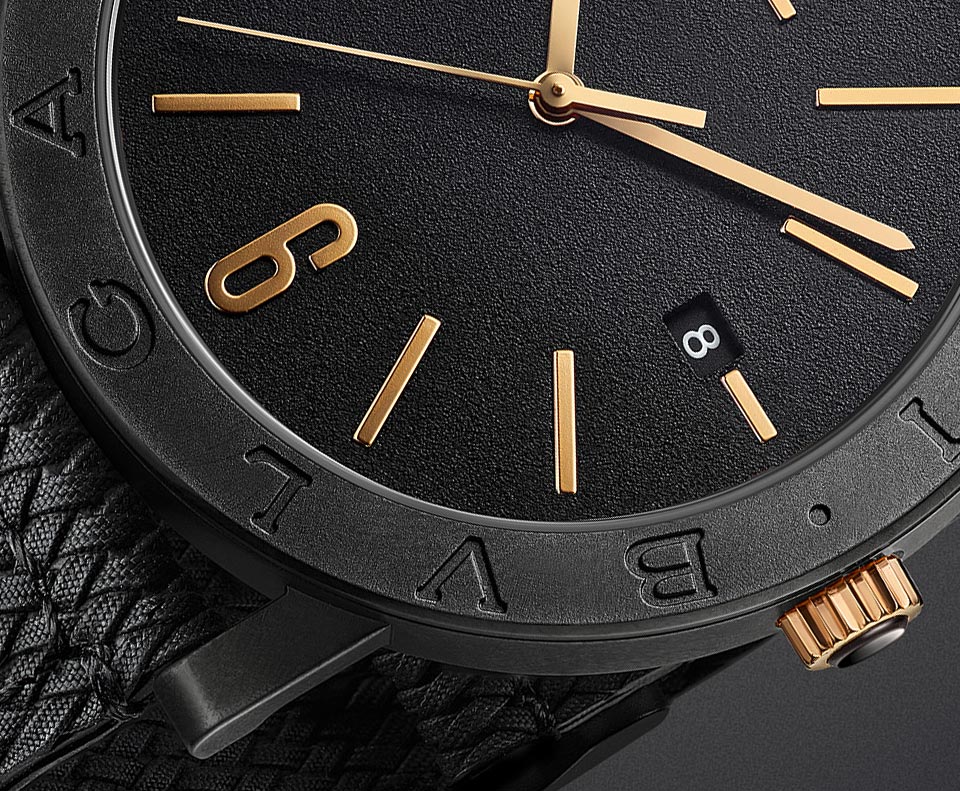 The new Bulgari Bulgari men’s watches are 41mm wide, water-resistant to 50m, and powered by the in-house-made BVL191 automatic movement found in a number of modern men’s watches from the brand. The BVL191 operates at 4Hz and provides 42 hours of power reserve and will be visible through a display caseback. Bulgari emphasizes its “interchangeable straps” for the new Bulgari Bulgari watches, but doesn’t provide much more detail. Since past watches in the collection had lugs with removable springbars that can accommodate various straps, as is common for the majority of watches, I am assuming that Bulgari’s new straps use a quick release mechanism. These are usually a small knob on the springbar itself that allows one to remove and replace the strap very easily with no tools, and it is indeed very quick and convenient. 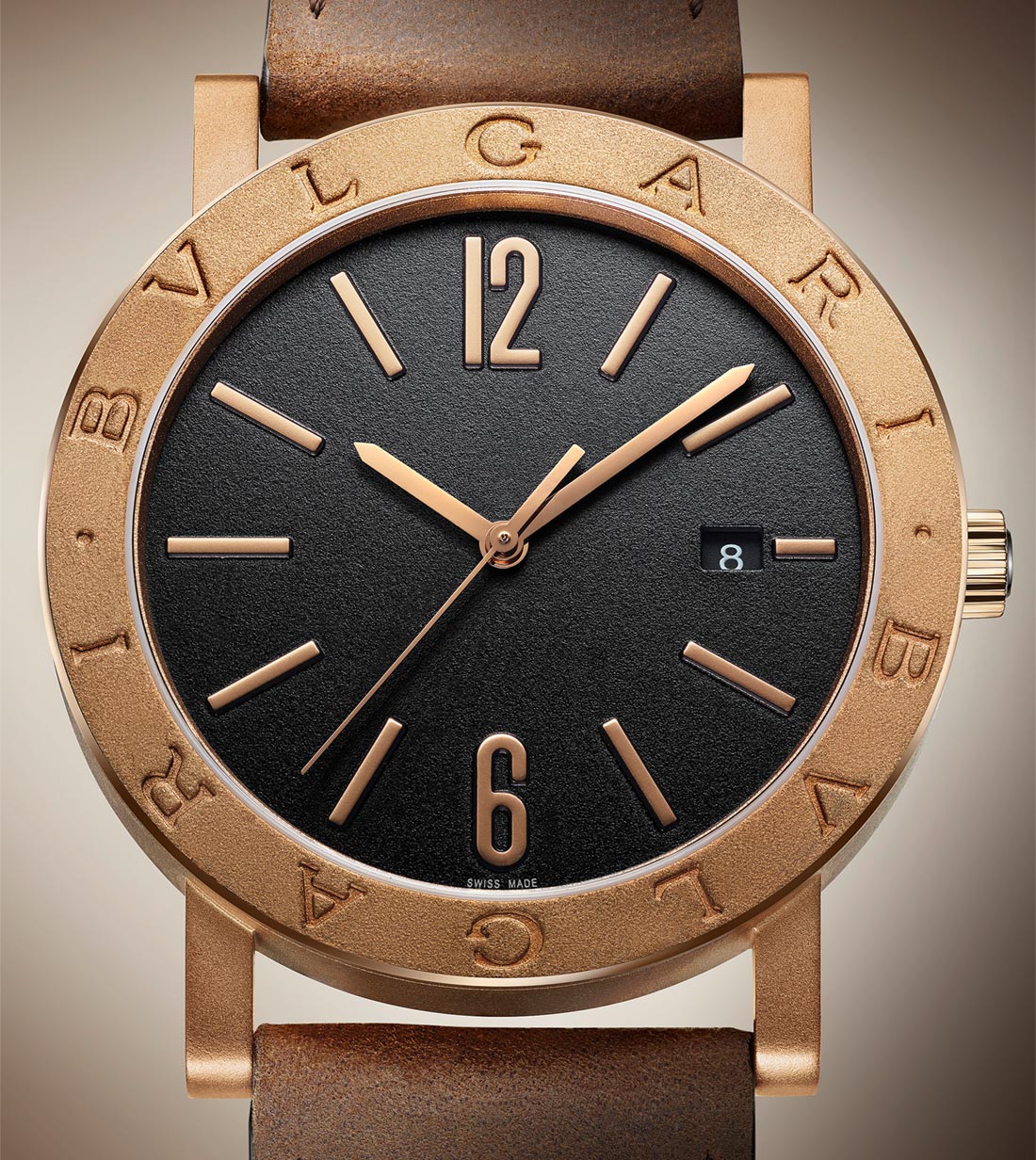 As sleek and fashionable as the Bulgari Bulgari is, it largely lacks shininess and bling, which is a good thing in my opinion, and its matte-textured dial appears very legible. While the Octo is distinctive and apparently is the brand’s leading men’s watch collection, the Diagono Scuba and these Bulgari Bulgari watches are probably more wearable for me personally. Further, the steel models especially are not crazily priced, in my opinion, for in-house-movement-equipped watches from a major LVMH brand. The all-black DLC-coated steel Bulgari Bulgari (reference 102929) has a retail price of $4,000; the DLC-coated steel version with bronze bezel (reference 102931) is $4,500; and it’s a bit more for the all bronze model (reference 102977) at $5,600. bulgari.com