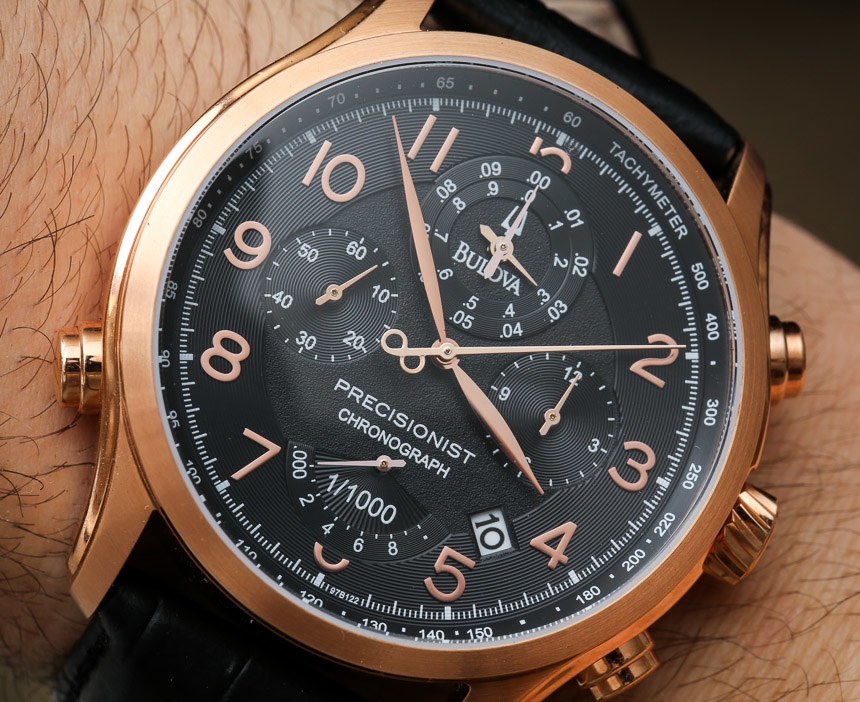 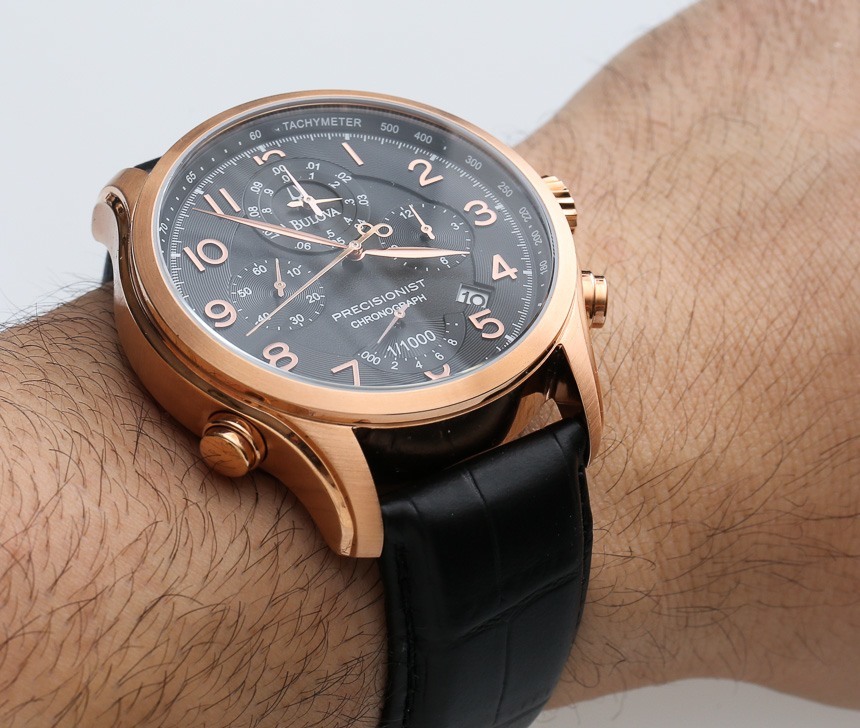 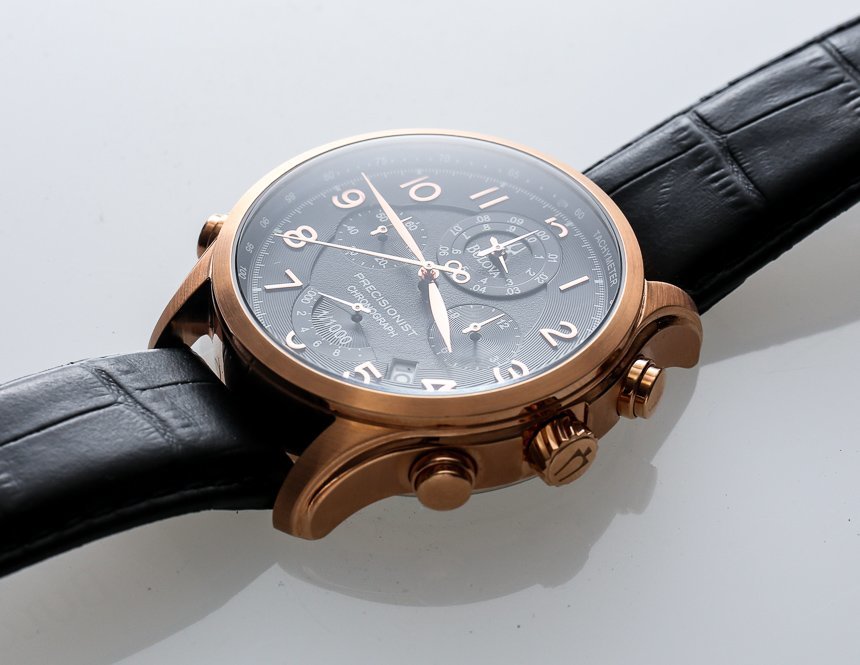 Available in a few styles, on a strap or a bracelet, this version of the Bulova Precisionist Wilton Chronograph is the ref. 97B122. That means it has a rose-gold toned steel case, black dial, and black leather strap. In fact, this is the dressiest version of the Wilton Chronograph, which can actually look a lot more sporty in the ref. 96B183 model that has a steel case and bracelet, along with a silver-toned dial matched with black hour indicators and numerals.

As a dress watch, the Bulova Precisionist Wilton Chronograph is a large timepiece, measuring a full 45mm wide with a 15mm thick case. This is probably larger than most people want to go with a dress watch, but the size of the case is directly related to the movement inside of the watch. For 2014, Bulova has actually been experimenting with smaller Precisionist movements (such as you can find in the Bulova Accutron II Alpha watches), but with the smaller size comes a minor sacrifice in overall accuracy. 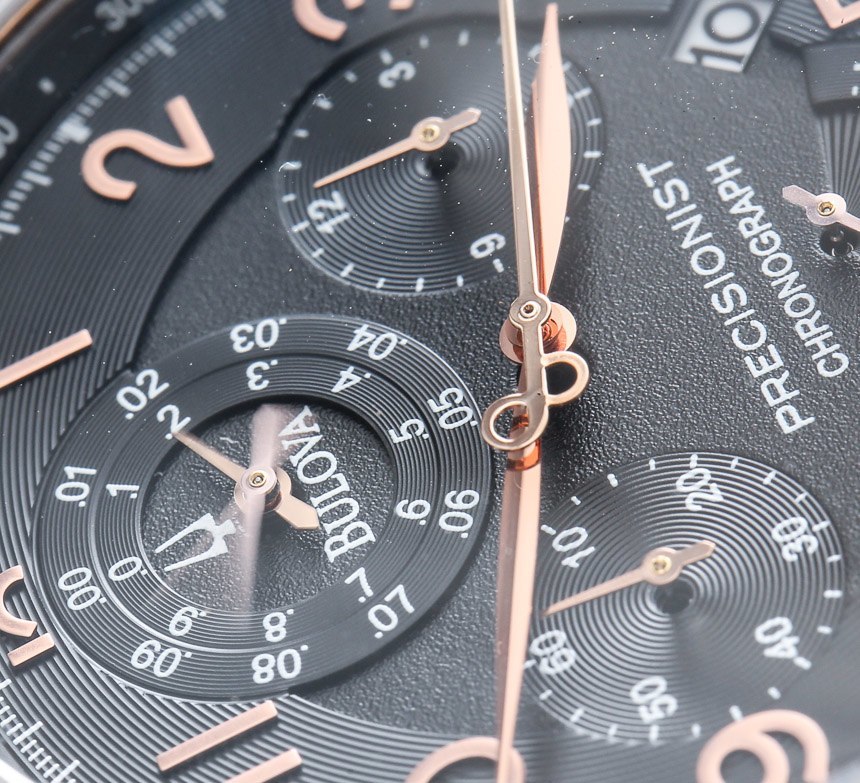 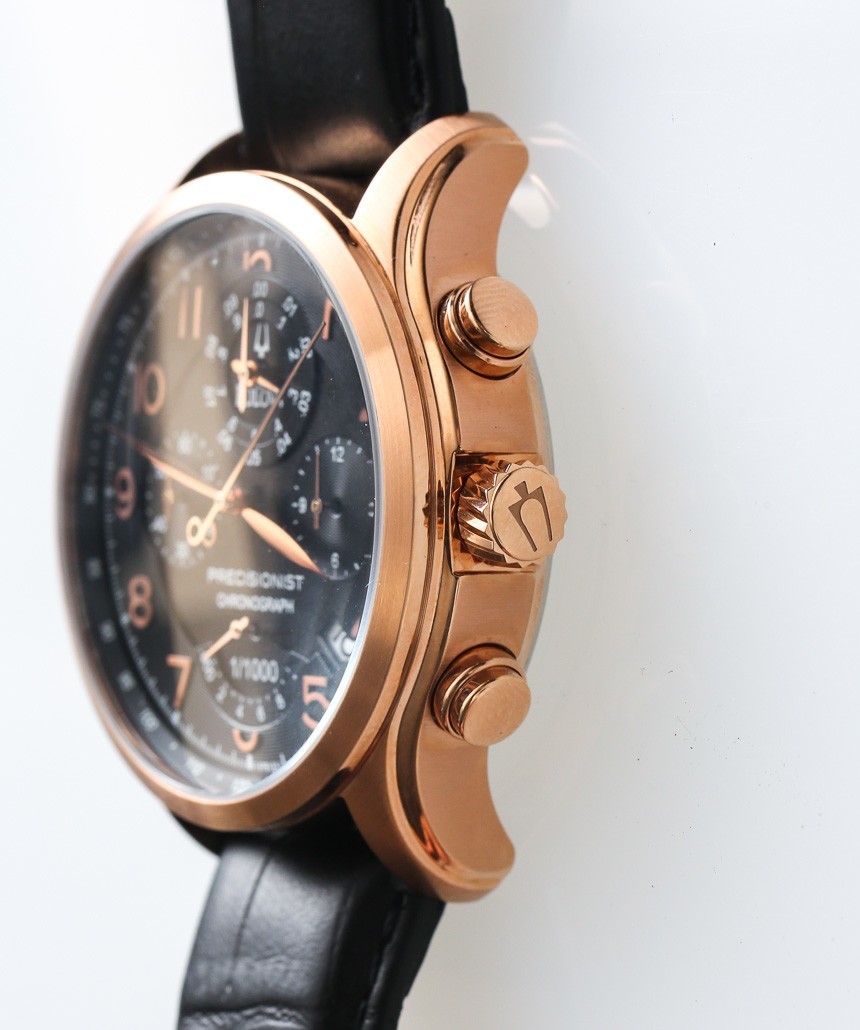 Compare 262.144 kHz to the 4Hz operating frequency of most mechanical watches. That is just worlds of difference, and of course it goes without saying that the Precisionist movements operate faster than normal quartz movements. You can imagine just how much more accurate the Precisionist is over most other timepieces, and best of all, these are very affordable. What is the downside of having this type of high frequency quartz movement? Simple, battery life – but Bulova makes sure that isn’t really an issue here. Back in the early days of quartz watches, high frequency models would suck power so fast, the batteries lasted for a few months, max. With some of the newer batteries available (not that battery technology is really all that advanced), Bulova was able to squeeze two years of battery life out these Precisionist chronograph watches. Imagine how long the same battery would last in normal quartz watches. That battery is pretty large as well, which accounts for one of the reasons the movement and case are so big. 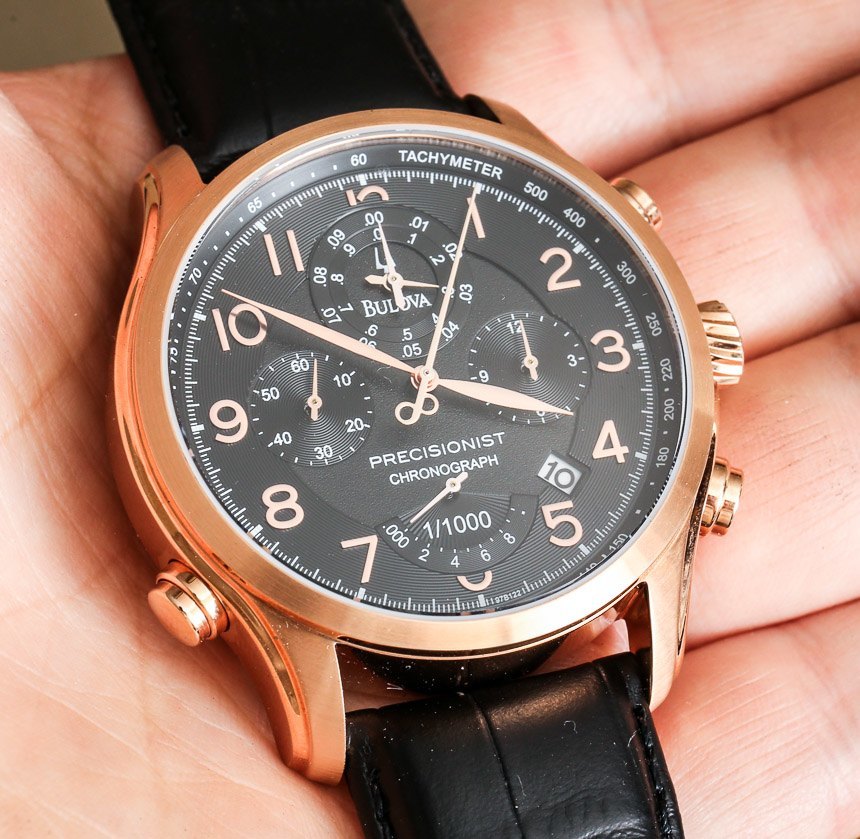 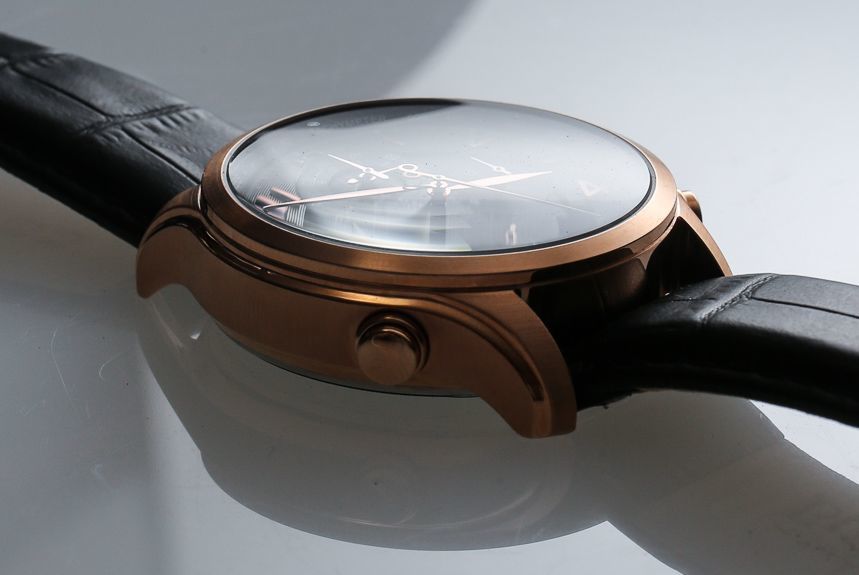 For a sport watch, the size of the Precisionist isn’t a big deal, and actually the good news is that each year Bulova seems to be getting better about the size. So is the Bulova Precisionist Wilton Chronograph too large to be a dress watch? For some it might be, and that is a principle issue which people need to understand before buying it. The dial of the Bulova Precisionist Wilton Chronograph is pretty nice for the money. There are some details that add depth to the dial and everything is pretty sharp. Over the dial is a mineral versus sapphire crystal, which is one of the cost saving techniques. In my opinion it is acceptable given the well under $1,000 price.

Another cost saving measure is the strap, which isn’t terrible, but the first thing I thought when getting the watch was “this would be so much better on a different strap.” Why? Well, the strap is a bit stiff, and given the large size of the case, you really want a strap that wraps around your wrist with ease all the time. If you really want to upgrade the look and feel of the Bulova Precisionist Wilton Chronograph, I recommend getting an aftermarket strap (which is large at 23mm wide).