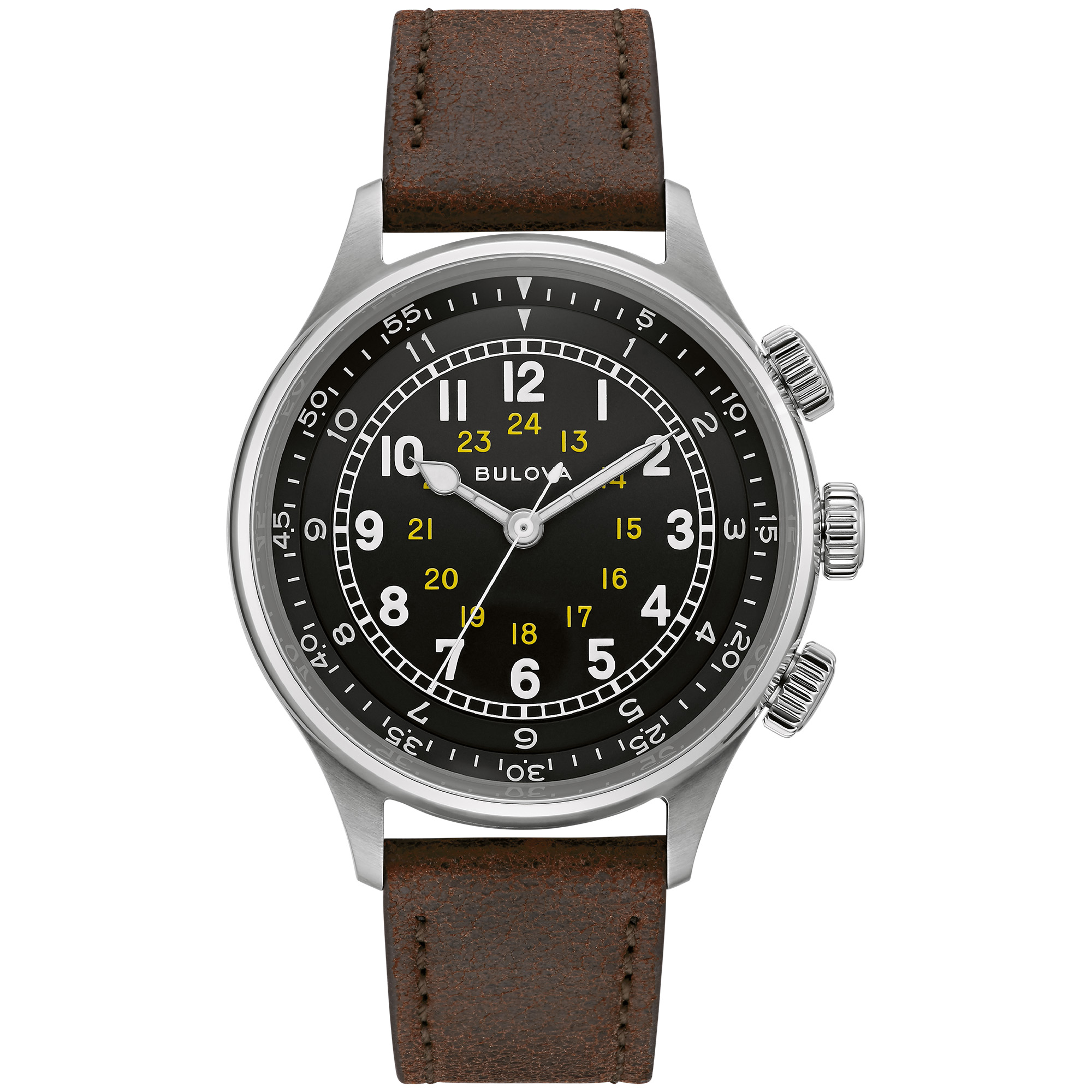 It almost feels redundant to use the words “vintage reissue” today. Brands over the last few years have spent a lot of time digging into their past archive, dusting off old models, and breathing some new life into them. Bulova is (recently) no exception with its new Military Collection. Key in that collection is the new A15 Pilot Watch reissue. Referencing the 1944 Military Issued A-15 “Elapsed Time Watch,” there’s a lot to like with this Bulova. Retaining the original inner rotating disks, which are manipulated but the dual crowns, we get a lot of functionality here. The outer most dial serves as an elapsed time counter, much like a dive bezel, while the inner-most bezel gives you a 12hr scale.

Bulova has opted for a Miyota 82S6 automatic caliber and paired with the watch with a brown stitched leather strap. The watch clocks in at a pretty svelte 42mm and boasts a sapphire crystal, and a somewhat diminutive 30m water resistance (but it’s a pilot watch after all). 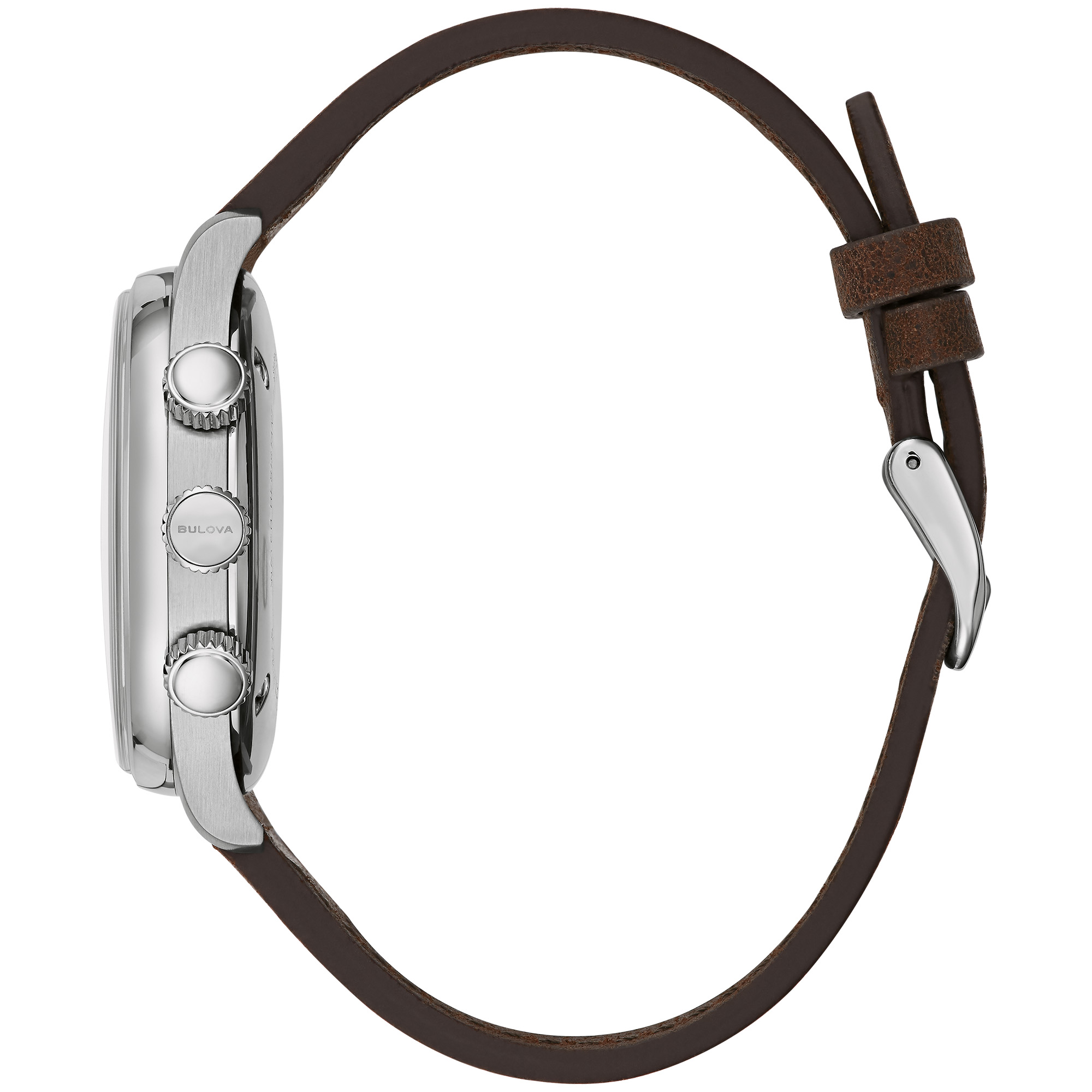 The Bulova A15 Pilot Watch is an exciting addition to Bulova’s lineup from my perspective. It’s an amalgamation of a field watch and a pilot’s watch. We have a 24-hour scale printed in the middle of the dial, which always elicits thoughts of the Hamilton Khakis (although it is not unique to them). Then, you have the addition of the two rotating disks for elapsed time and time zone adjustments. This adds a ton of real-world functionality, in my eyes.

I’m also pleased that Bulova kept the A15 in a reasonable size. Vintage-inspired watches can really go either way. You’ll either see something massive like with Breitling’s Navitimer Super 8 watches that were inspired by an old stopwatch worn by WW2 pilot, or you’ll see something much smaller like Hamilton’s Pilot Pioneer that clocks in around 36mm. The A15’s 42mm seems perfect — small enough to stay true to the original design, but also large enough to appeal to the mass market.

A parting thought on the movement. The 82S6 movement from Miyota comes from a line of movements that are mostly open-heart with various other complications. I’m really curious about this decision on Bulova’s part, especially since none of those elements are present here. At least it’s a known quantity and well-made movement at this price point. 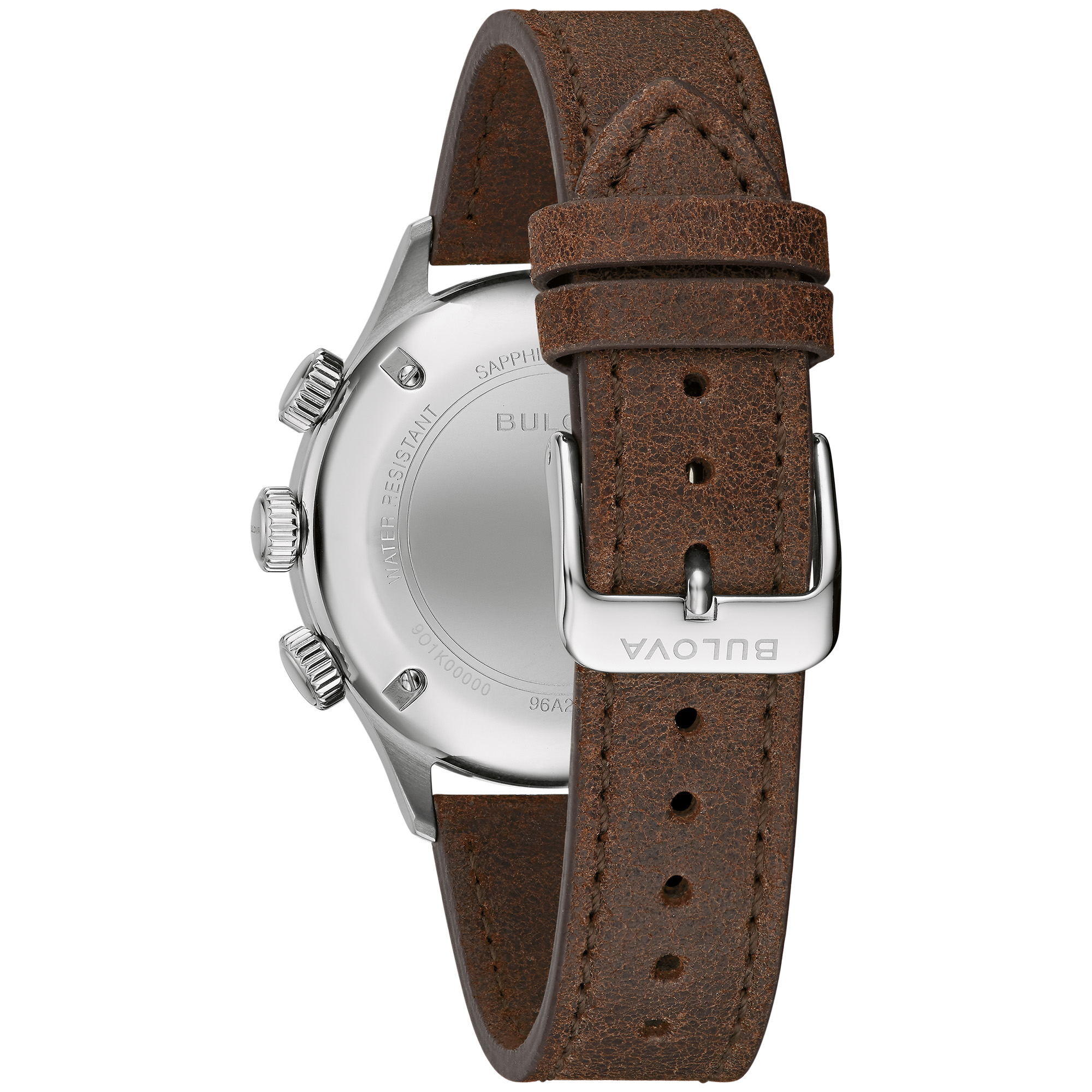 When it all boils down, as much as I am beginning to feel some “vintage-inspired” fatigue, this seems like a solid release for Bulova — proper dimensions and a decent movement with some cool functionality that will add a lot to its practicality. I also feel like this is both expected and unexpected from Bulova. In 2019, Basel 2019 showed us the Computrons and Devil Divers, extremely different pieces pulled from the brand’s archives. Prior to that, however, I’m not sure that I would have been expecting a release like this from them. I hope they keep it up. The Bulova A-15 Pilot Watch is available on a brown leather strap for $695. For more information, head on over to bulova.com.