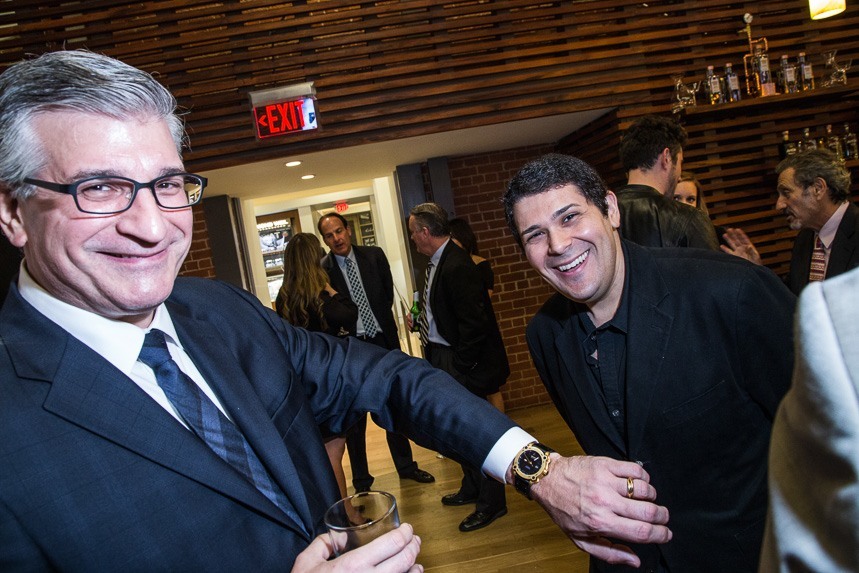 I continue to feel that, for the money, one of the coolest watches around is a piece in the Bulova Accutron II collection. A mixture of classic good looks with the Accutron II movement (essentially, the Bulova Precisionist with its higher-than-standard accuracy for a quartz watch, with a sweeping seconds) is a fantastic way to spend just a few hundred bucks on a timepiece. The Accutron II, however, wasn’t what Bulova was celebrating the other night at the Feldmar Watch Company store here in Los Angeles.

They were presenting the commercial version of what will be among the most exclusive watches in the world from one of the biggest brands – the Bulova Accu-Swiss Percheron 24k gold watch that we first debuted back at Baselworld 2014. It is the first watch in the world that has a solid 24k gold case. A bit odd at first, I have to say that the insane concept behind the 24k gold watch has grown on me, assuming I had a spare $42,000 to spend. 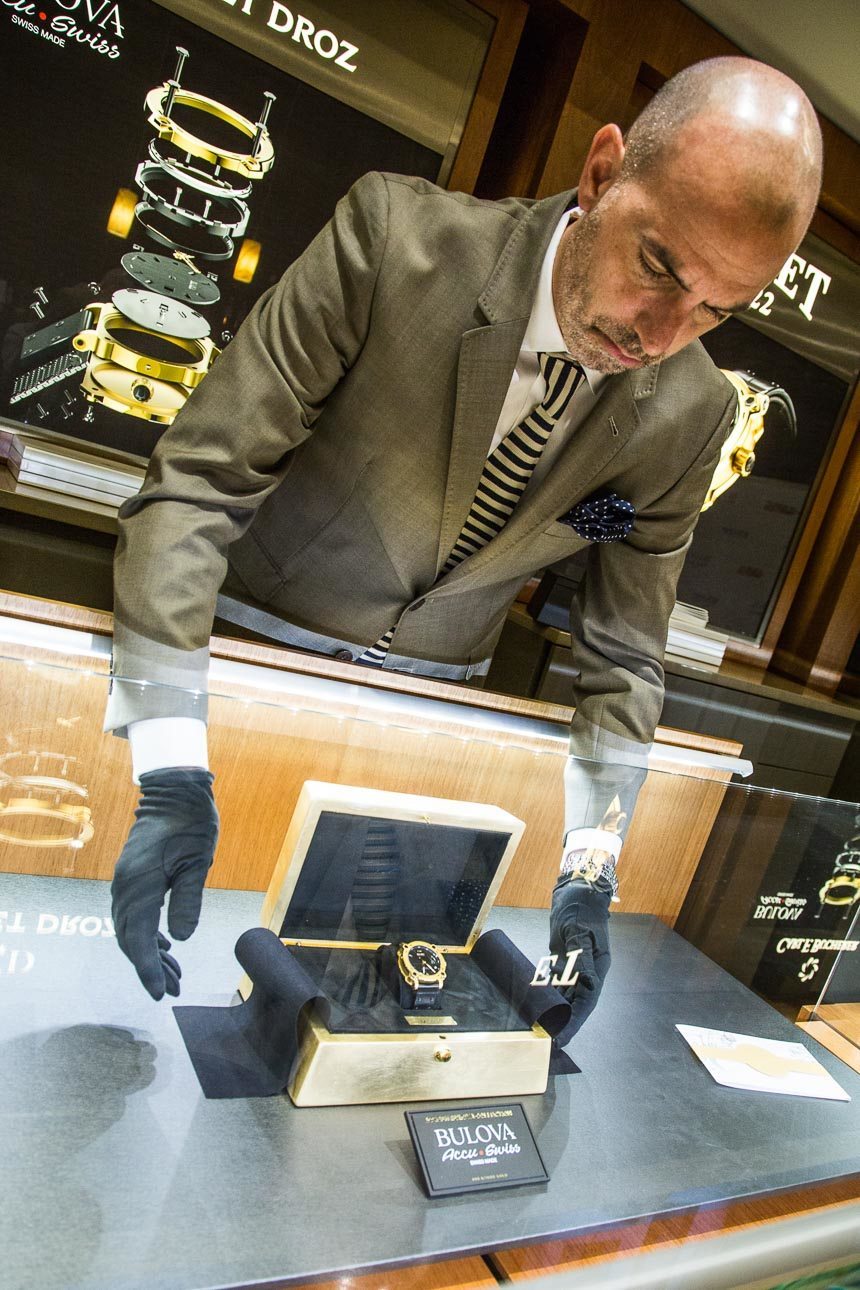 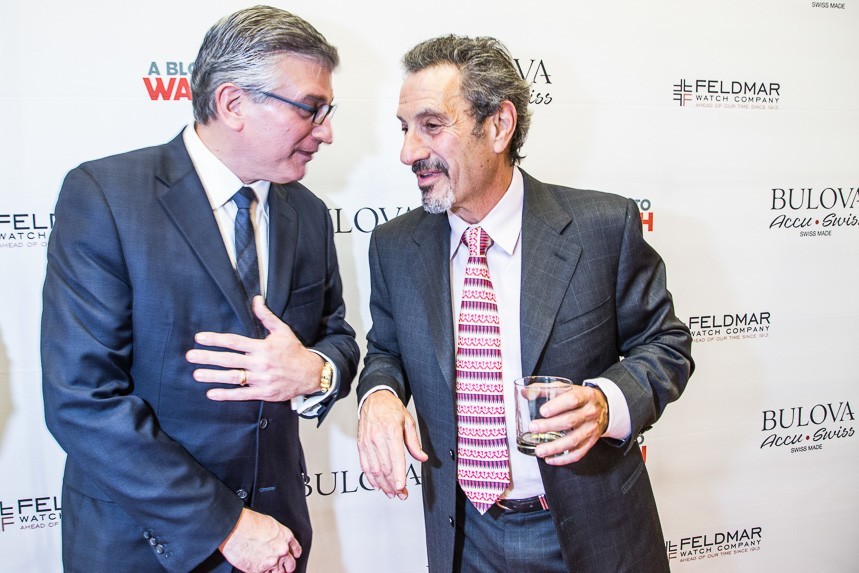 The Bulova Percheron 24k Gold watch is the pinnacle of the new Percheron collection which is also the base of the Treble collection which are the official Machester United timepieces. Again, I first saw these watches at Baselworld 2014, and it was only the other night that saw the final retail models. The all CNC-machine finishing is really impressive, and I have to say that the refinements on the final retail models make them really cool. There are few other watches out there that combine legibility, comfort, and a sense of avant-garde style like the Percheron. I will admit that when I first put one on, I didn’t know what to make of it, but enough time around them has made me feel that, given their price level, the concept is hard to beat.

Then again, you can spend between about $1,250 – $42,000 for one, so the price range is large (but most are in the $1,250 to roughly $2,500 range). Next year, Bulova is even going to expand the Percheron collection with a slightly larger size and additional complication. If you are looking for a modern timepiece with some character and get bored of traditional designs, then I recommend taking a look at one. They all have Swiss automatic mechanical movements (Sellita SW200s I believe). 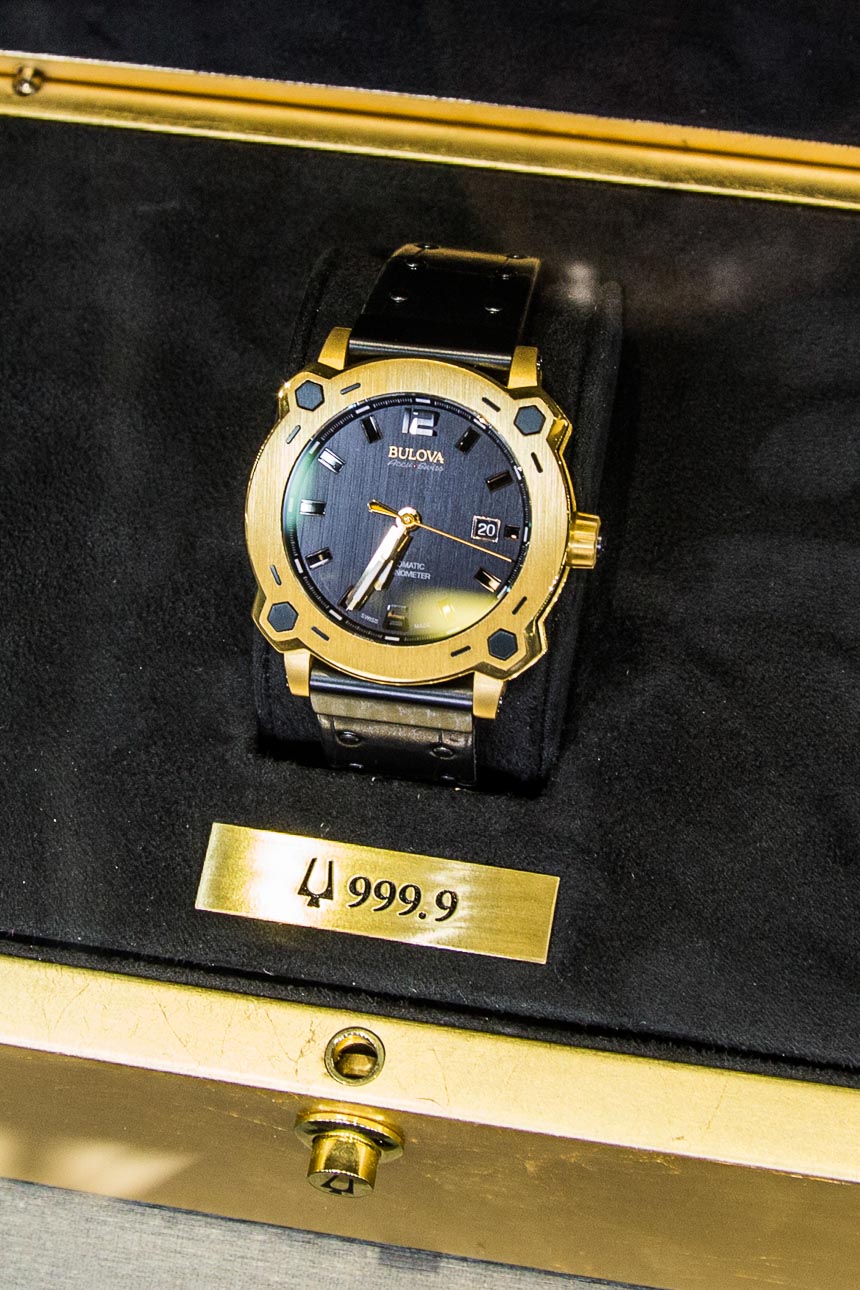 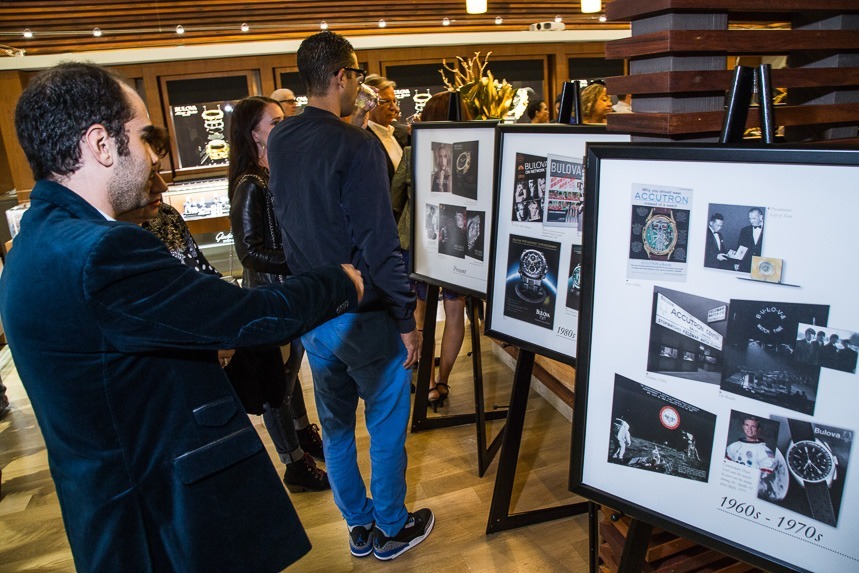 Bulova is currently owned by Citizen and began their collaboration with the Japanese back in the late 1970s and early 1980s. At that time, Bulova was at the end of its watch industry dominance, thanks to the quartz crisis. Until then, Bulova was not only the timepiece owned by so many American soldiers, but also considered to be like the Cadillac of American timepieces. The Bulova of today is leveraging their wide distribution and production strength with their history to re-frame the personality of the brand. This wouldn’t be possible without the determination of their President Greg Thumm (who I interviewed in a video series here).

Let me compare for a moment Bulova and Hamilton. These are two historically American brands that are no longer owned by Americans. Hamilton is owned by the Swatch Group and is entirely run out of Switzerland, with no manufacturing in the US, even though they leverage a lot of the brand’s American history. Bulova is owned by the Japanese and has production in both Switzerland and the Far East. However, unlike a brand such as Hamilton, Bulova is still run from the US, and major decisions occur in the US. In Q2 of 2015, Bulova will be moving its headquarters to the Empire States Building in Manhattan. The Bulova product of today reflects both their history and brand strengths. For the money, you get an awful lot of value and I like working with them because for the mainstream consumer, there is a lot to like. 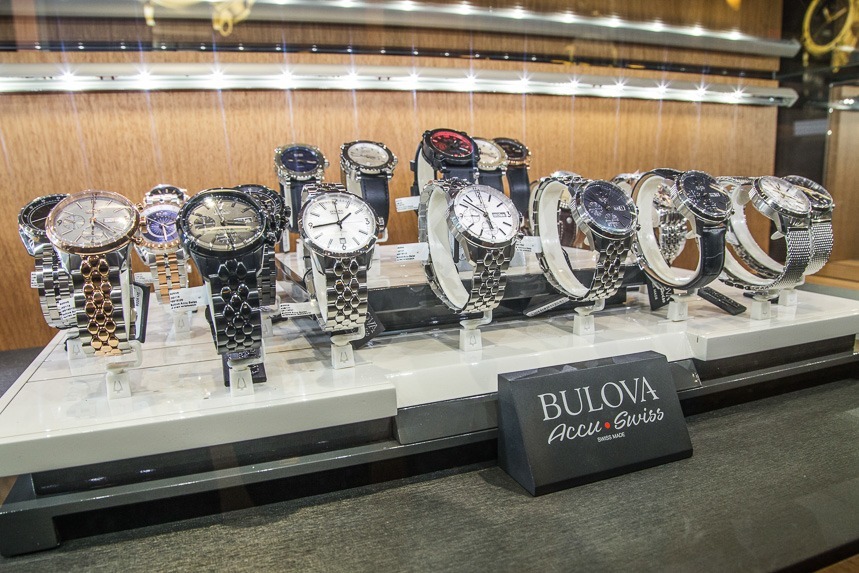 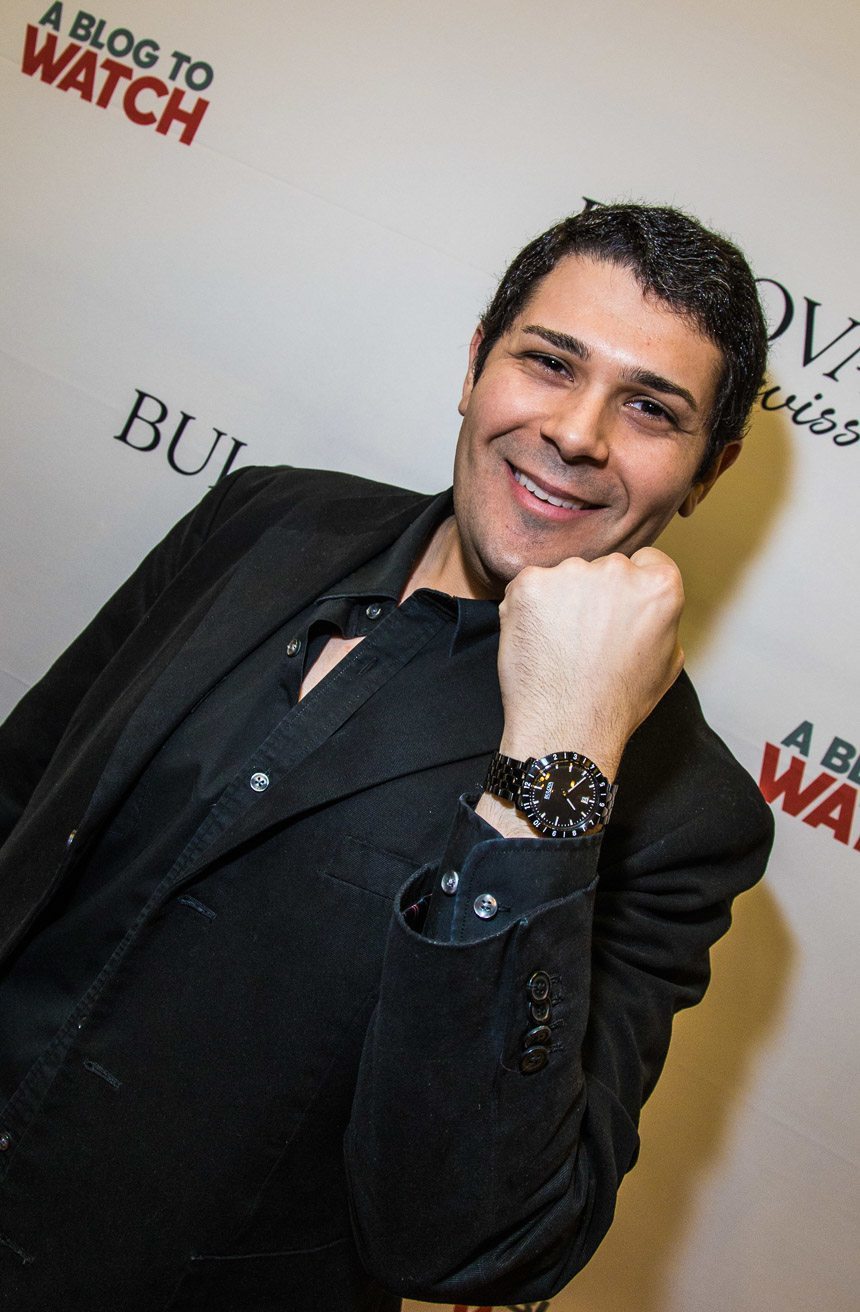 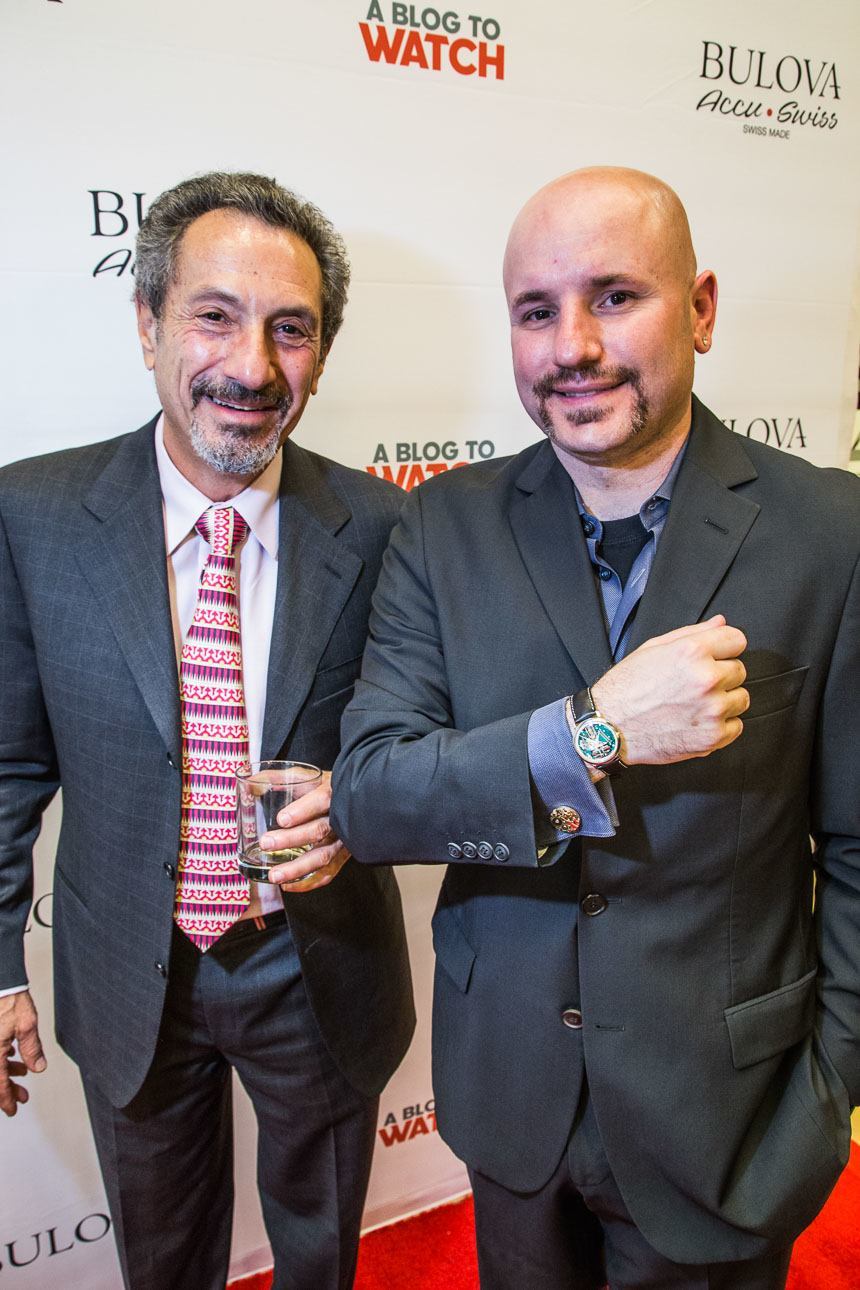 While I like to cover some of the world’s most exclusive and interesting timepieces, it would be unconscionable in my opinion to only cover those watches, as only a small percentage of watch lovers can afford them or have access to them. Brands like Bulova are what help keep cool watches on the wrists of most people who like to own a decent watch and who like to explore the most interesting side of horology. We all get off reading about the newest wild watch from Switzerland, but we also need to have quality timepieces that will satisfy our appetites and not require us to mortgage our homes in order to buy them.

On Pico Boulevard in Los Angeles, Feldmar Watch Company is a historic watch shopping landmark with a recently remodeled store and is among the top watch retailers in Los Angeles, next to Westime. Historically, they were not only Bulova dealers, but also an authorized Bulova an Accutron service center. Even one of Feldmar’s in-house watchmakers used to work for Bulova in the late 1970s. So for Feldmar to host our event with Bulova made a lot of sense – and of course, they sell Bulova watches today along with many other brands. 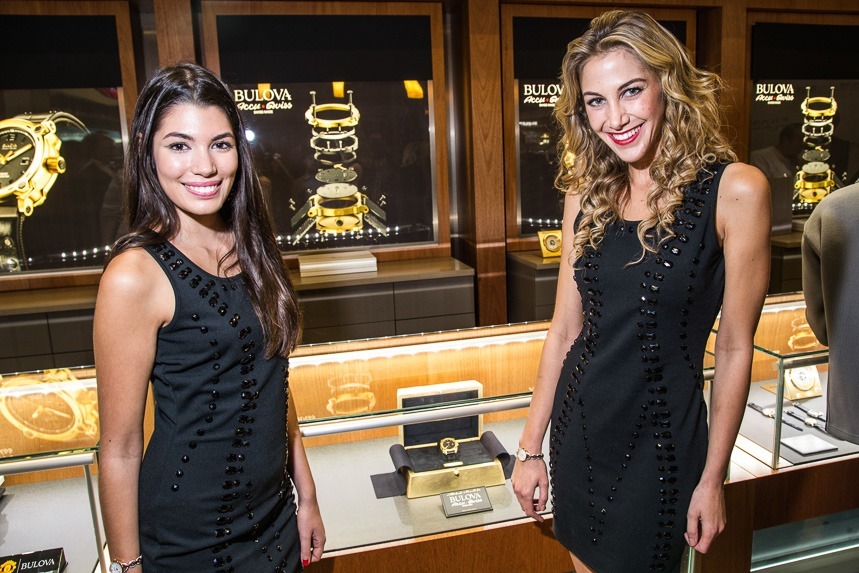 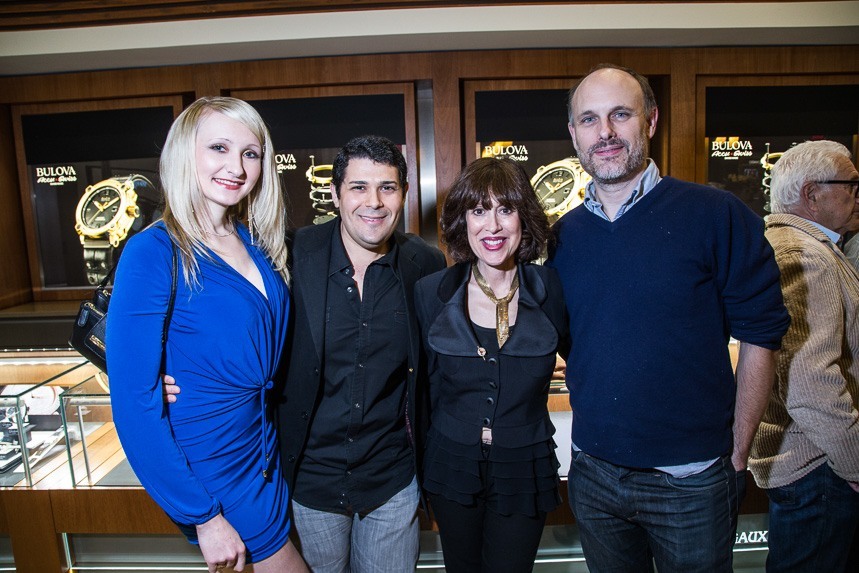 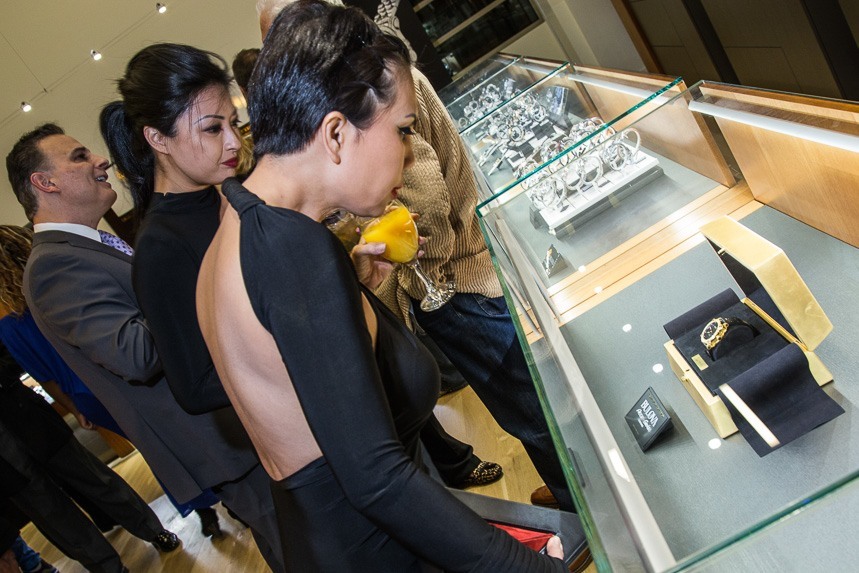 I can’t necessarily explain the allure of the Bulova Percheron 24k Gold watch. It was Greg’s desire to have a gold watch that wasn’t just 18k gold, but almost 100% pure 24k gold. You don’t have 24k watch cases in most instances because they are just too soft. That means the gold is mixed with metals such as brass for alloys that dilute the gold content, but also make them less soft. Having said that, 18k gold is still not very hard compared to steel, although it is heavier.

24k gold works for this exclusive Percheron model because of a unique forging process that, simply put, makes it hard enough to be produced as a watch case without concerns about metal softness. It is weighty like gold and there is a pure decadence to the 24k nature of the case that makes it all that much more interesting than 18k gold cases. Let’s just say that it makes for a good conversation piece, as well as an ultimate status item for gold-lovers. And those people certainly exist. For some people, of course, it is going to be totally silly, since they aren’t into gold in the first place. 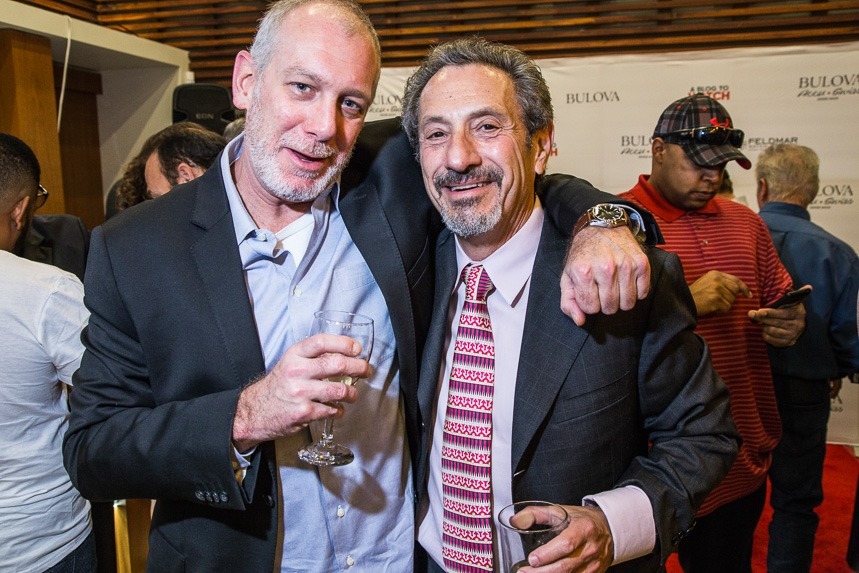 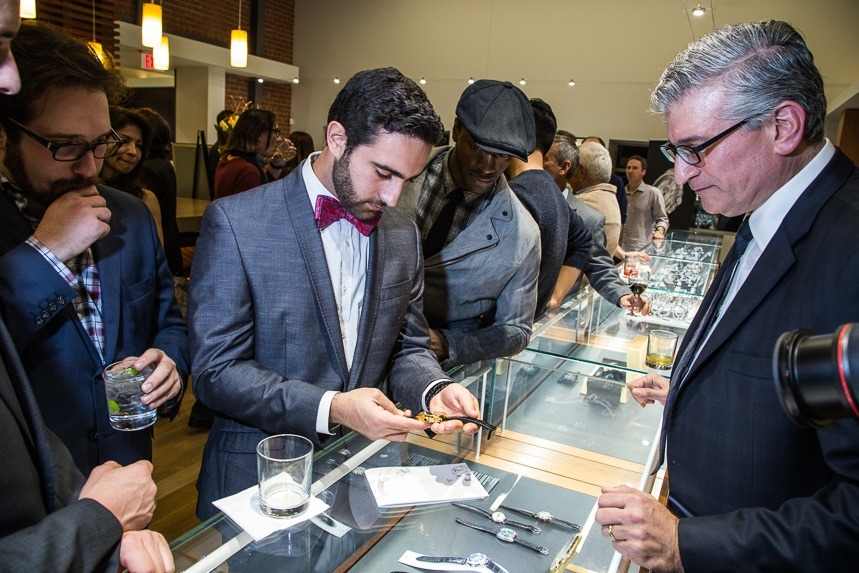 The Bulova brand of today is in flux, as the brand continues to promote high value proposition, mainstream watches, with a distinct interest in producing more interesting enthusiast watches that pass the muster of President Greg Thumm, who is one hell of a discerning watch lover. With a background in watchmaking as well as working at Fossil, he has a rather rare mixture of business sense and engineering sensibility. Of course, there is still a lot of work to be done, as it is much easier to form perceptions around a new brand, versus reform people’s modern perceptions of an existing brand with so much history.

Thumm isn’t a believer in smartwatches, at least, not for now. While I think he is technically open-minded about the potential of smartwatches, he doesn’t see them as offering enough utility or fashionability to most mainstream consumers, as well as women. Females are a huge watch buying demographic, and he is certainly correct that any product out there must satisfy not only male tastes, but also female ones. If there is anything the watch industry is good at, it is conservative thinking, and in some regard, that mindset might be correct as to the future of smartwatches – at least for the next few years. 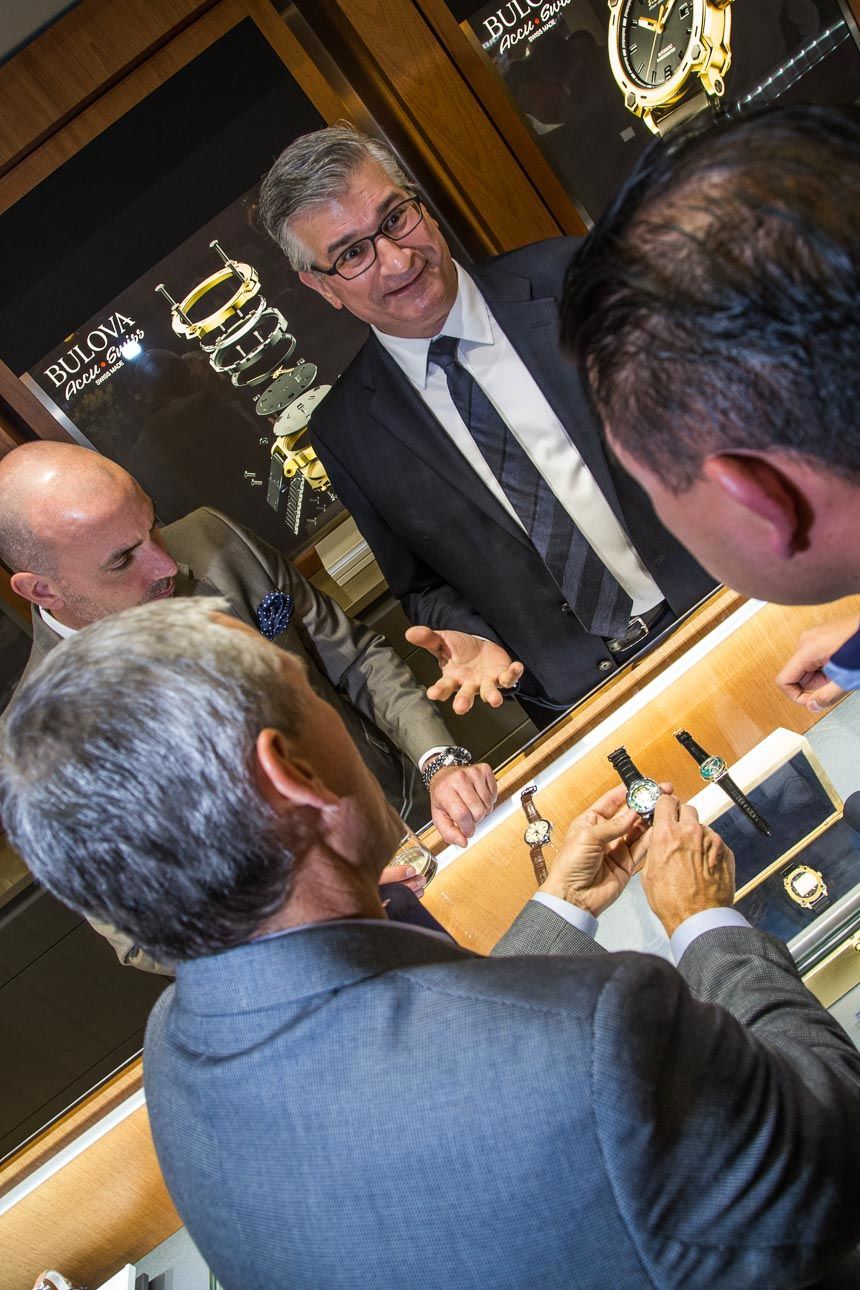 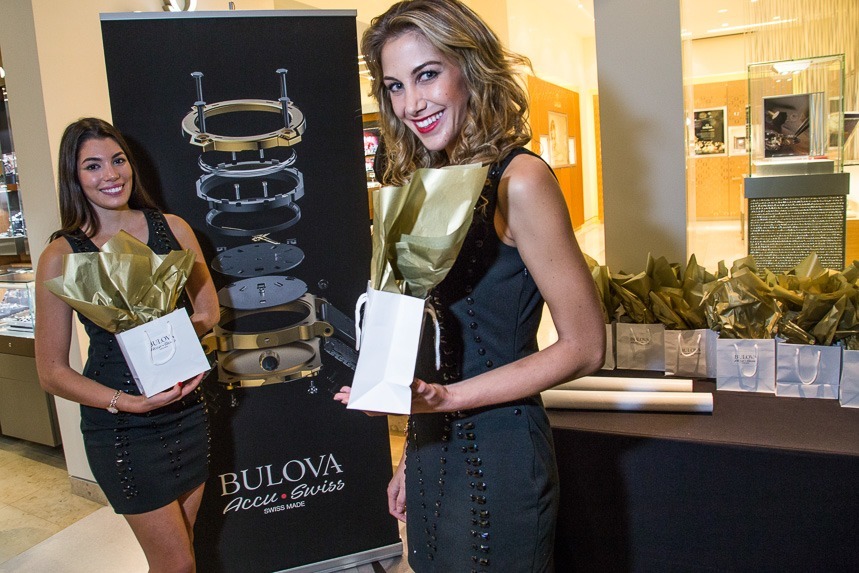 It was a great evening with Bulova, and I want to thank everyone who joined us there for the food, drinks, and hospitality of both Bulova and our host, Feldmar Watch company. See you all next time at our next watch event. bulova.com