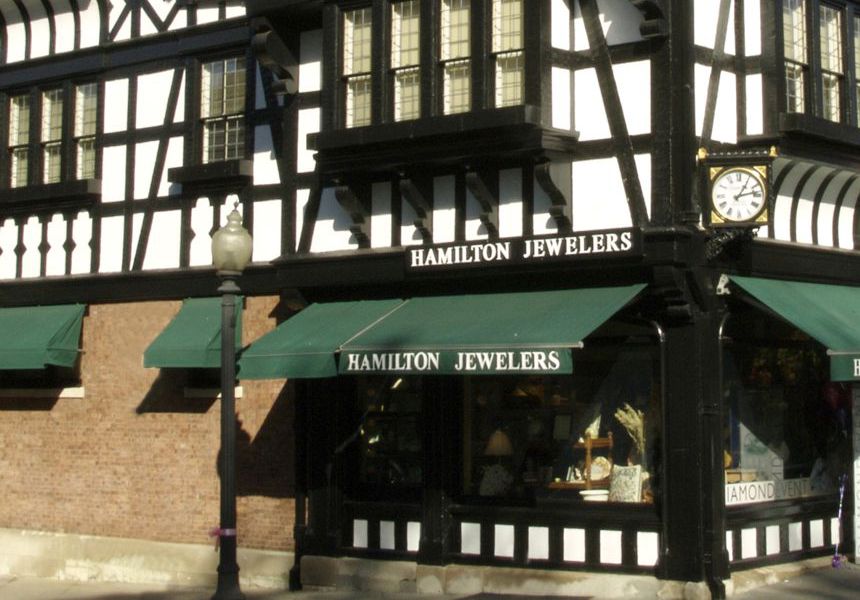 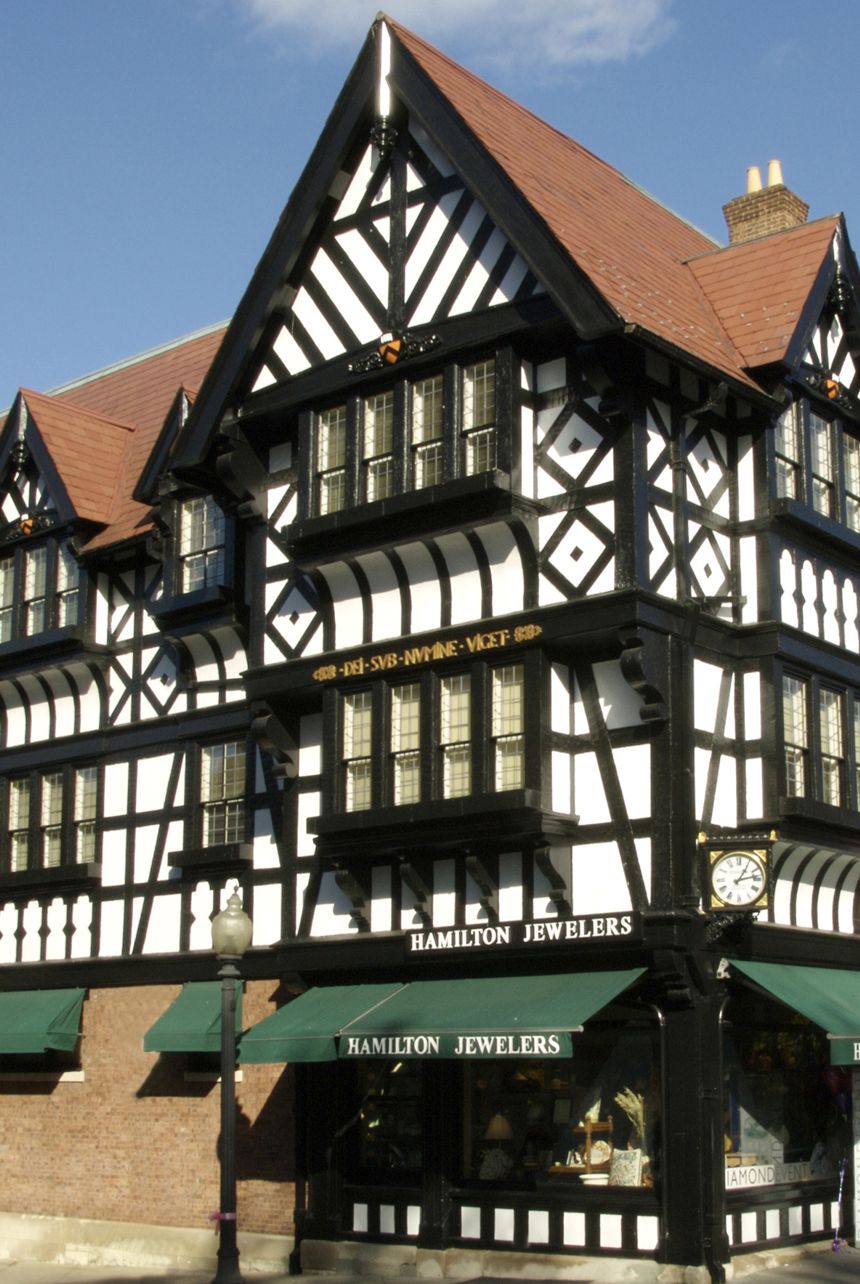 Where to buy watches in Princeton, New Jersey?

Founded over a century ago, Hamilton Jewelers is family-owned and -operated, serving New Jersey and Florida with stores in Princeton in New Jersey, as well as Palm Beach and Palm Beach Gardens in Florida. They have been selling watches ever since they opened their doors back in 1912 from their original location in nearby Trenton, New Jersey.

The Siegel family has been at the helm since Irving Siegel took over Hamilton Jewelers in 1927. They prize their decades-long relationships with brands such as Patek Philippe (since 1938) and Rolex (since 1946). 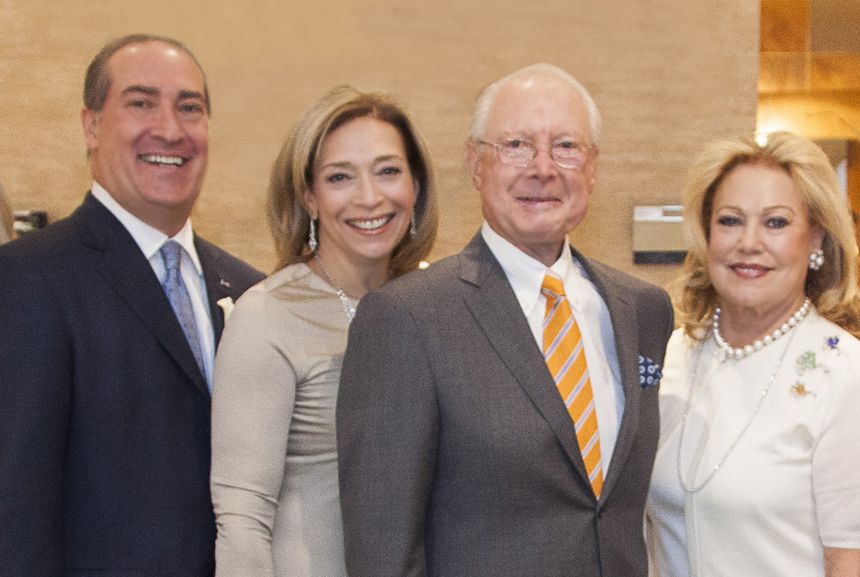 aBlogtoWatch (ABTW): What types of watches are popular in your market? What makes Princeton a unique place to buy watches?

Hamilton Jewelers: Princeton is a special and historic place. Located in the middle of New Jersey, the region sees many thousands of tourists each year, so our watch offerings must appeal to the regional clientele as well as visitors from around the world. In general, classic styles are the most popular, and the client shopping in Princeton appreciates quality and a very, very high level of service and expertise. He/she tends to be very well educated, so it is an imperative at Hamilton that our team possess product knowledge and expertise in a variety of areas. Further, our after-sales service center employs watchmakers with advanced training, polishers, engravers, and other specialists so that we can maintain in-house expertise for service.

Of course, our most popular brands tend to be those where Hamilton has enjoyed a long-standing partnership. We are quite proud of the fact that, for example, our relationship with Patek Philippe extends back to 1938, when our founder purchased one watch from Mr. Stern during his visit to the US market. Further, Hamilton has represented and serviced the Rolex brand since 1946, Jaeger LeCoultre since the early 1950s, Cartier since the establishment of the US distribution in 1974, and Breitling since 1984. 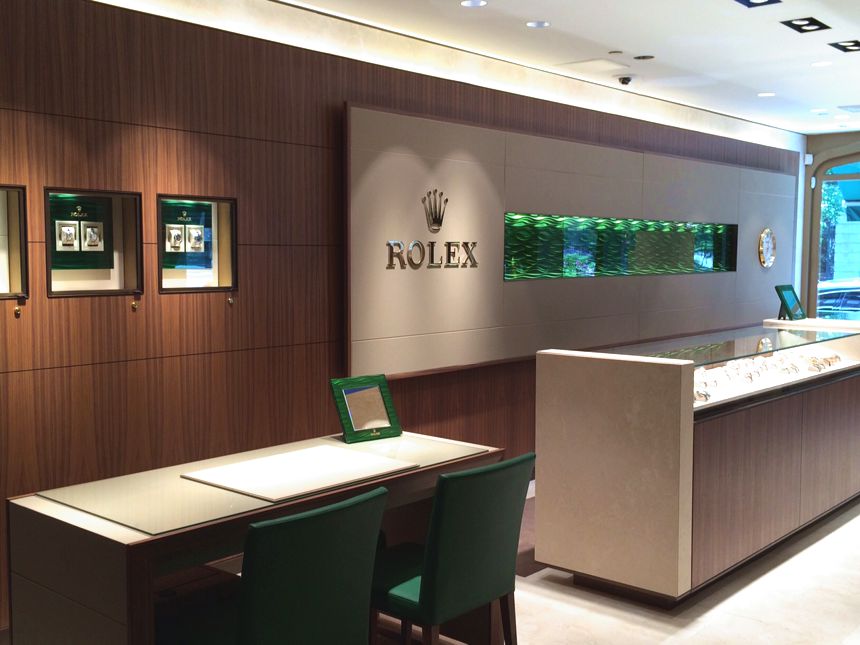 Hamilton Jewelers: Classic styles with quality movements. Beautiful chronographs. Interesting and functional complications such as annual calendars and professional watches. And the clients also appreciate small and niche brands, such as Sablier, which has a wonderful story, is made in Princeton, and is available exclusively at Hamilton.

Hamilton Jewelers: The Hamilton store serves clients from all 50 states as well as internationally, as people visit Princeton to see the University and the many cultural offerings the region has to offer. 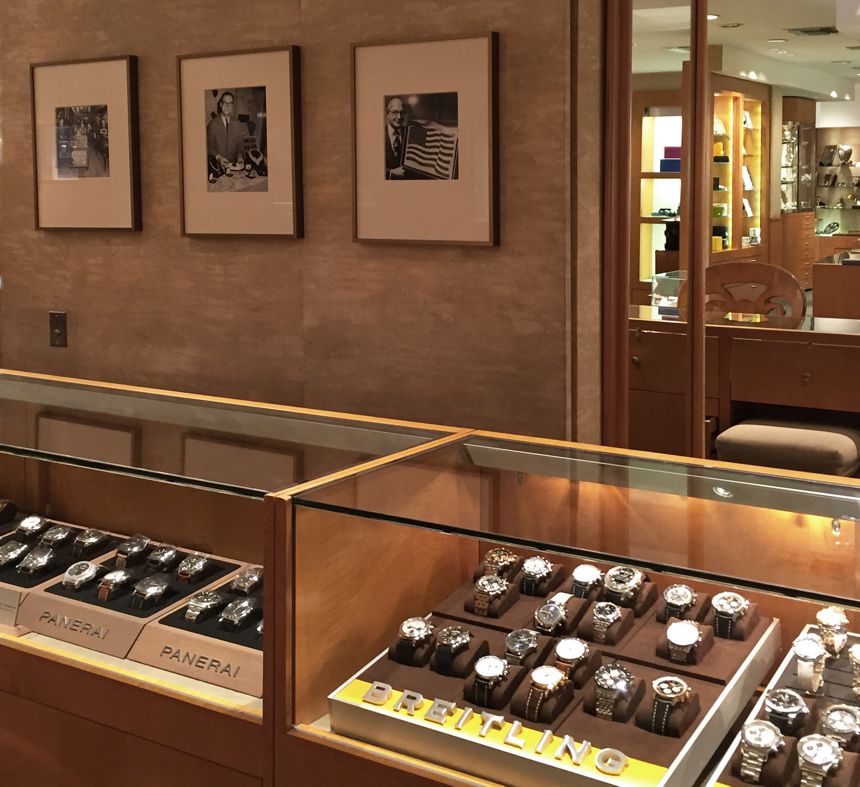 ABTW: What is Princeton best known for? What do visitors have to do, see, or eat while there?

Hamilton Jewelers: Home to one of the Ivy League’s finest, Princeton University, Princeton is a mecca of cultural, dining, and shopping pursuits. Princeton is also is one of the country’s most historic communities. Settled in the late 17th century, Princeton produced two signers of the declaration of independence and was the site of one of the revolutionary war’s crucial battles. It served briefly as the nation’s capital when the Continental Congress met at the college of New Jersey (Princeton University) in 1783. A center for learning and culture since the colonial period, it has been home to world-renowned scholars, scientists, writers, and statesmen. George Washington walked its streets and three other united states presidents, James Madison, Woodrow Wilson, and Grover Cleveland, lived in Princeton. Thomas Mann, T. S. Eliot, and F. Scott Fitzgerald all wrote in Princeton. actor Paul Robeson spent his childhood here; his father, William Drew Robeson, was pastor of the Witherspoon Street Presbyterian church in the Witherspoon-Jackson neighborhood. World-renowned scientists Albert Einstein and Robert Oppenheimer made the town their home. 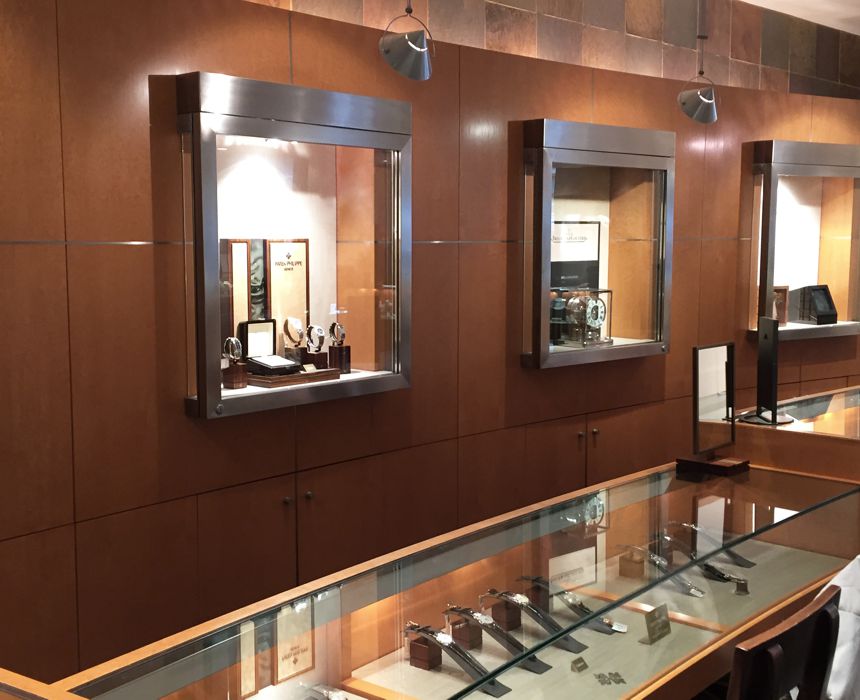 Shopping is a serious interest in town as well. Princeton offers a full variety of styles and locations for shopping. While wandering the pleasant streets of downtown Princeton or the other villages of the region, check out the local bookstores, boutiques, and galleries. Princeton also boasts a variety of shopping malls, from the outlets to the upscale, close at hand or a short drive away. Downtown Princeton boasts dozens of independently owned businesses and many global brands also have locations here. From Brooks Brothers, J. Crew, Ann Taylor, Urban Outfitters, and more; to local treasures such as well-known Princeton Record Exchange, Princeton U Store, Landau’s, and many others. The shopping runs the gamut from traditional to eclectic shops that offer truly unique and distinctive items for tourists and locals alike. 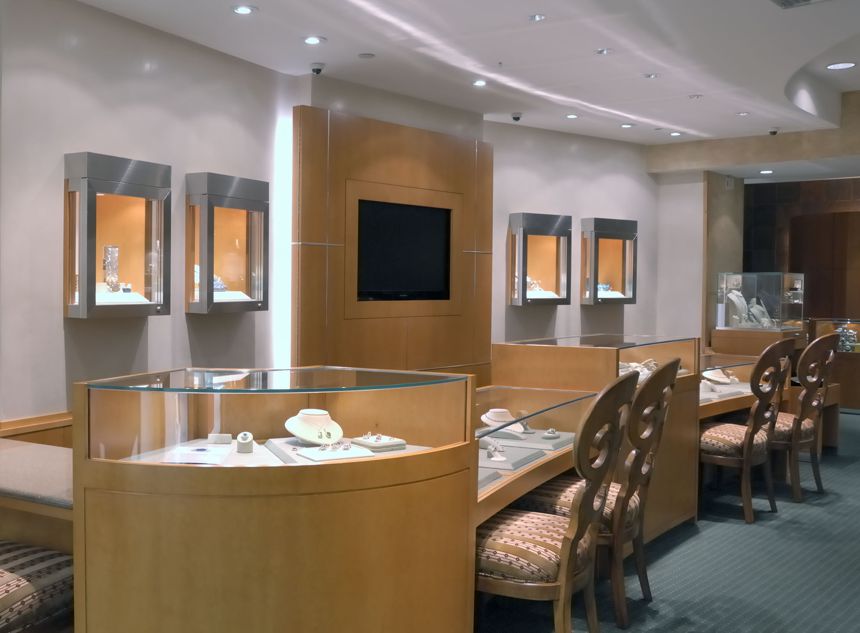 Culturally, Princeton is at the top of the list for nationally and acclaimed theater, museums, and musical troupes. Home to McCarter Theatre, Princeton University Art Museum, Morven Museum, and many more, the region has a plethora of artistic pursuits while visiting. In case these renowned stops aren’t enough, there are plenty of historic monuments, beautiful parks, and charming galleries. Dining is a gastronomic treat in Princeton as well, including gourmet cuisine, pub food, historic inns, or casual family dining, all within walking distance in the beautiful downtown area.

Princeton, New Jersey, is conveniently located along the northeast corridor, halfway between the Philadelphia and New York metropolitan areas. The Princeton region is easily accessible by highway, mass transit, and through major airports. 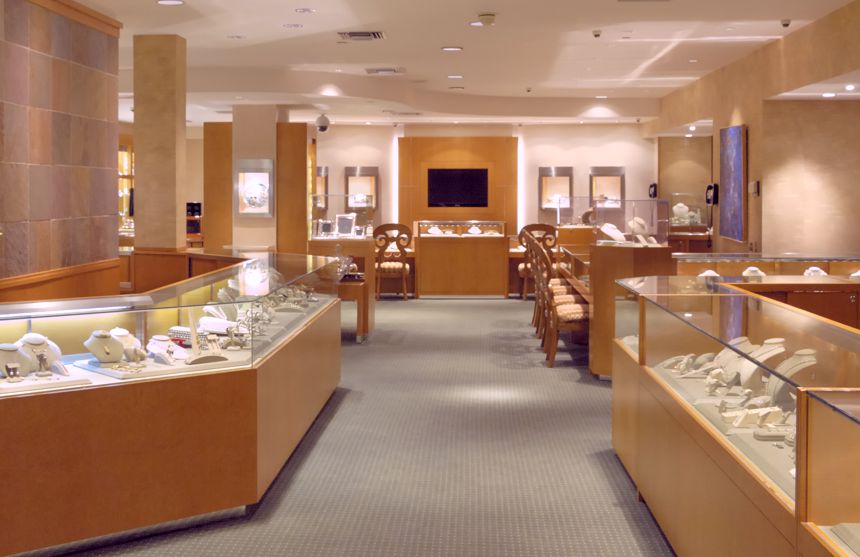 Hamilton Jewelers: Hamilton was an originator of the now-popular “watch fair” concept for multi-brand exhibitions of fine timepieces. For 18 years, Hamilton has hosted an annual event in Princeton that coincides with the alumni weekend of Princeton University. Thousands of guests to the region enjoy the special event, known for an incomparable selection from the finest international brands. The event first began as a “sneak peek” to clients after Hamilton buyers visited the annual Baselworld watch show, and has since become an annual tradition for both timepiece aficionados and first-time fine watch buyers.

Hamilton also works with social media partners who are watch enthusiasts, such as Red Bar Crew in Philadelphia, NJ, and Florida. This helps watch lovers to find us easily and starts a conversation about our capabilities. 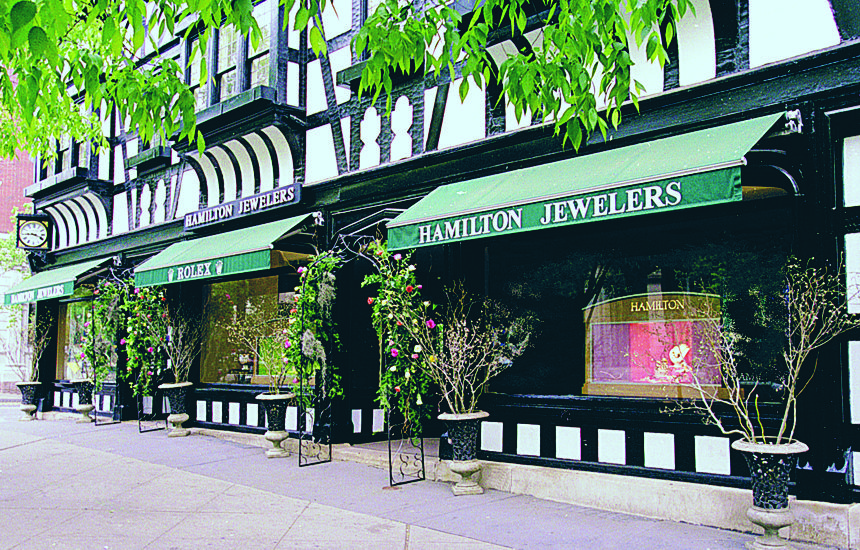 ABTW: What are some of the watch brands you are known for carrying? If you could pick a watch brand or model that epitomizes the culture or style of Princeton what would it be?

Hamilton Jewelers: Princeton is a diverse community of tastes and styles. If we were to select just one brand, it would be Patek Phillipe. As Hamilton’s longest partner since 1938 and Geneva’s oldest independent family-owned watch manufacturer, Patek Philippe develops and manufactures its movements in-house and produces only watches that reflect, in every respect, its quest for the exceptional. The Calatrava originally launched in 1932 is a timeless classic and emblematic of design elegance. The current Ref. 5119 Calatrava is an updated classic with slightly enlarged case and a signature ultra-thin case which houses the 215 PS manual-wound movement. Each piece is crafted as a masterpiece of horological ingenuity and marked with the Geneva Seal. This timeless classic is a masterpiece to be passed down to future generations and exhibits long-lasting style and taste. hamiltonjewelers.com