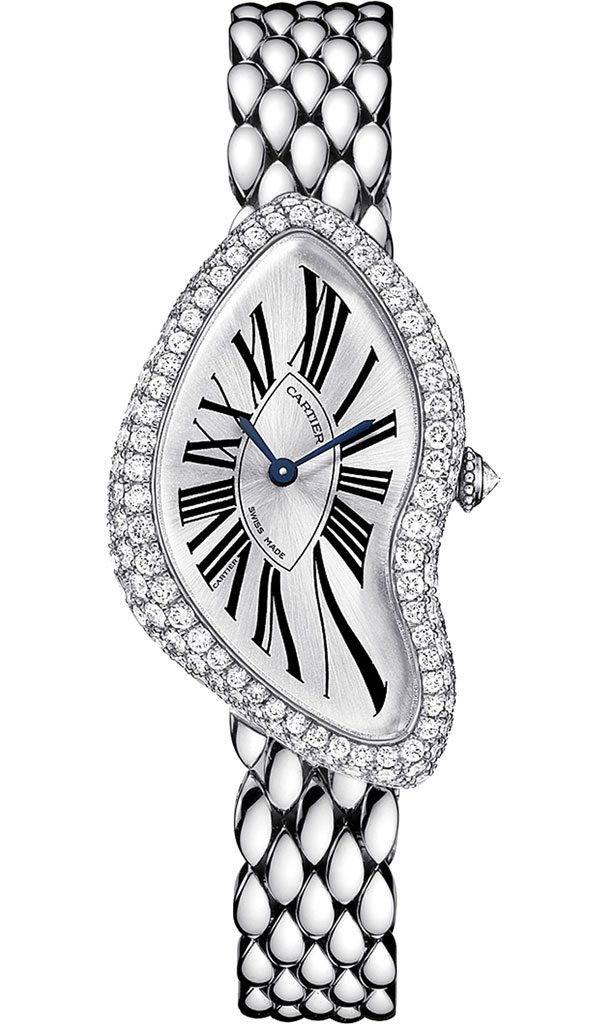 This is one of those irresistible stories to discuss no matter how many times it has been told or how morbid the details. It involves Cartier, one of the most mysterious and popular watch and jewelry brands on the planet, and stories like this make watch collecting worth the money.

A few years ago I noticed a vintage Cartier watch that looked as though it had been melted. I barely believed it was real. It didn’t have a name or details, but I realized something must have been special about it. I later learned that it was a Cartier Crash. Originally produced in 1967 and later in the early 1990s as a limited edition, this extremely rare watch is a testament to emotion influencing design and the oddity that is the luxury world. Cartier will release a new limited edition collection of the Crash watch for 2013 as a high-end jewelry piece on a bracelet. While this new edition is a vast departure from the theme of the original, it is interesting to see Cartier continue the legend of the Crash. 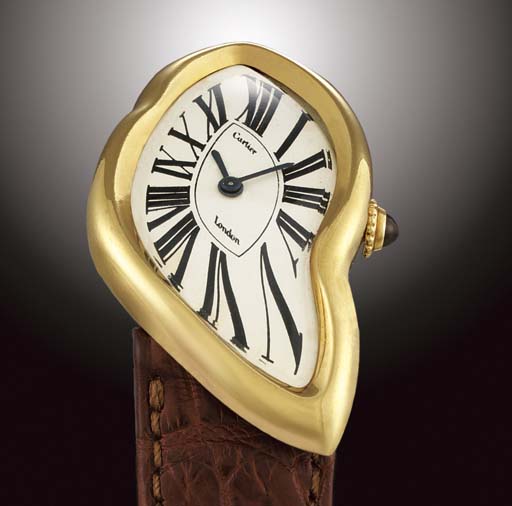 Apparently in England “crash” is another term for car accident. Which is exactly what seeded the design of the watch. In the mid 1960s, Cartier’s vice president was in London and died in a car accident. The crash caused a fire which burned his body and the Cartier watch that he was wearing at the time. The piece burning on his wrist happened to be the tall and oblong-shaped Bagnoire Alongee. The watch survived – well sort of. It is sort of morbid that after the event, Cartier took great interest in what happened to the watch that was on the corpse’s wrist, though I supposed I would too. They inspected it carefully and found that the case had melted as though it was in a Dali painting. Whether it was enough LSD or a deep emotional connection to the now-deceased vice president, Cartier decided to produce a watch that looked like the melted Bagnoire Alongee. It of course became the Cartier Crash – a super strange watch for men that fit perfectly into the art scene of the era. For a bit more history you can consult this article by Richard Paige who was the guy who originally founded Timezone. 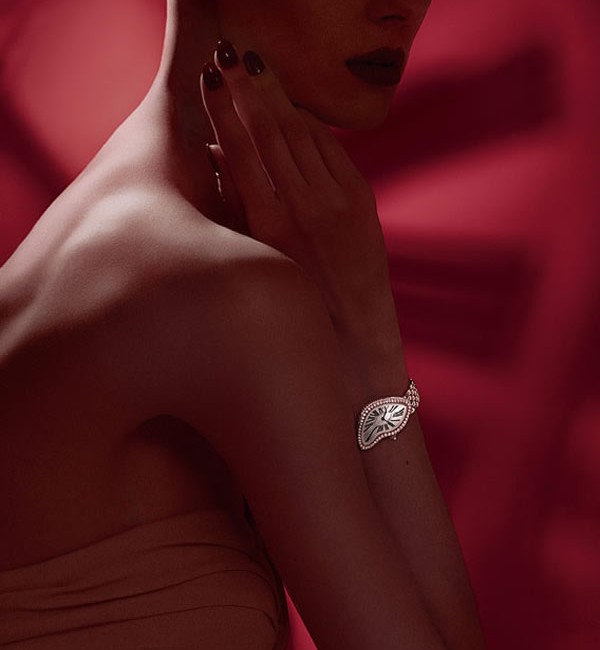 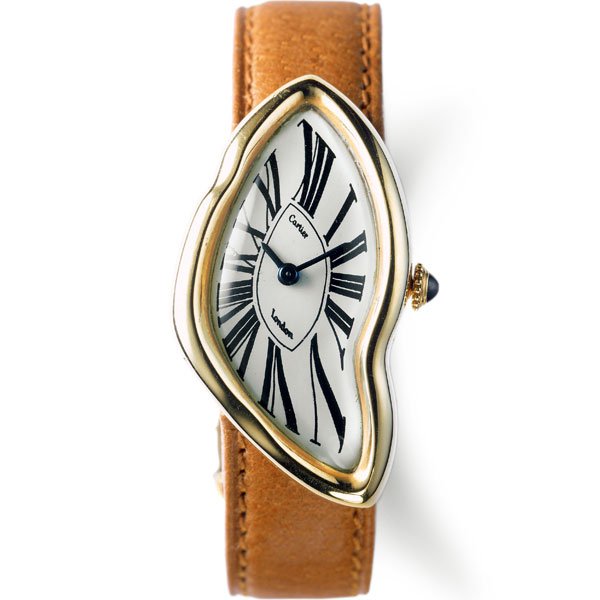 Fast forward to now and the Crash becomes an avant garde ladies watch with diamonds on a gold bracelet. Not exactly the logical extension of the collection, but a fittingly unique product to keep attention on Cartier in 2013. The original gold model on a simple leather strap is now fitted with an 18k pink or white gold “tear-drop link” bracelet for women of high means. While the bracelet is optionally covered in diamonds, all versions of the 2013 limited edition are diamond covered. This is a bit unfortunate because the diamond decor on the case hides some of the more interesting “melted” details of the original. The “dripping” look of the case remains, but the 2013 version is far more polished and clean looking than the quirky originals. Also note how the original indicated the origin of the watch to be London (due to the office there at the time), while the modern versions simply attach the typical “Swiss Made” marker to the dial. 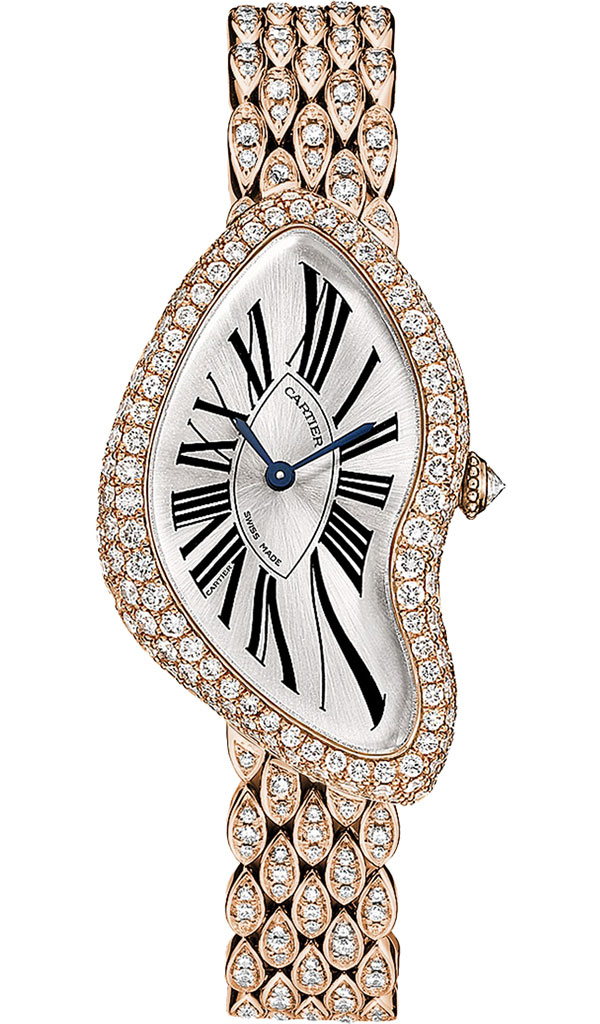 Larger than the original, the 2013 Cartier Crash watches will be 25.5mm wide by 38.45mm tall. Inside will be manually wound mechanical movements and the entire 2013 collection will be limited to 267 pieces per model with the standard bracelet and 67 pieces with the fully diamond covered bracelet. All in gold with either 2.15 or 4.27 carats of stones, this watch is a showpiece available only in special Cartier boutiques, and often via special order only. Cartier is fully aware that a watch like this (especially at its price point) is a niche model to say the least. Though inherent to its strange history is an authenticity and sense of heritage that brands need in order to continue to appeal to the general consumer. Cartier especially has done a remarkable job of coming out with interesting and exclusive pieces year after year to supplement their larger base of more mass produced watches and jewelry products. That makes it a pleasure to keep an eye on what they do and discuss oddities with real character like the Crash.