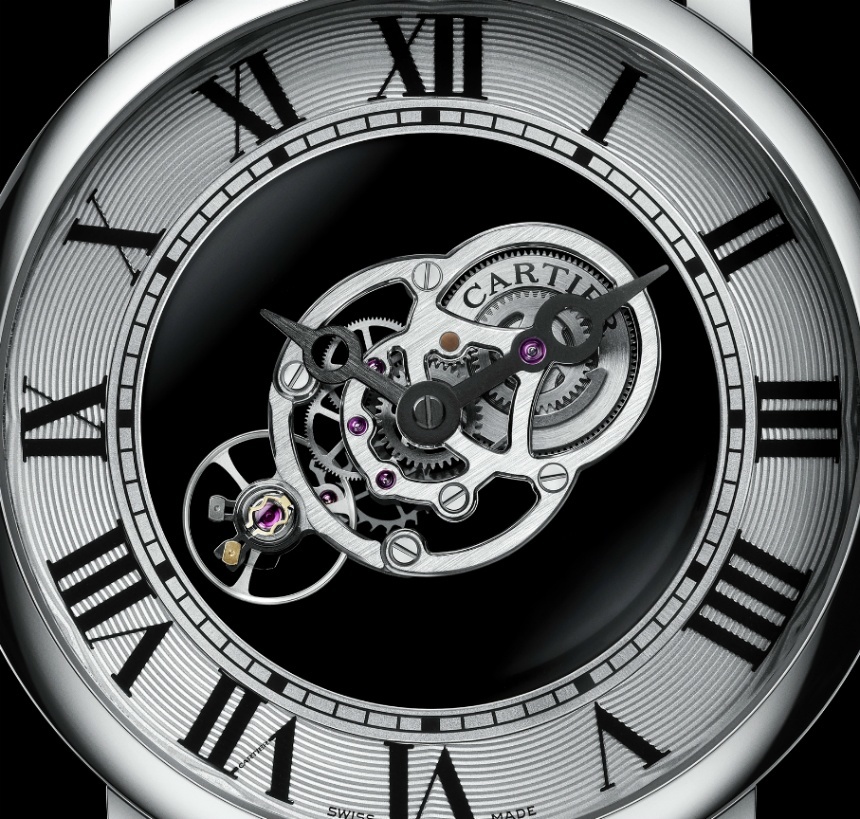 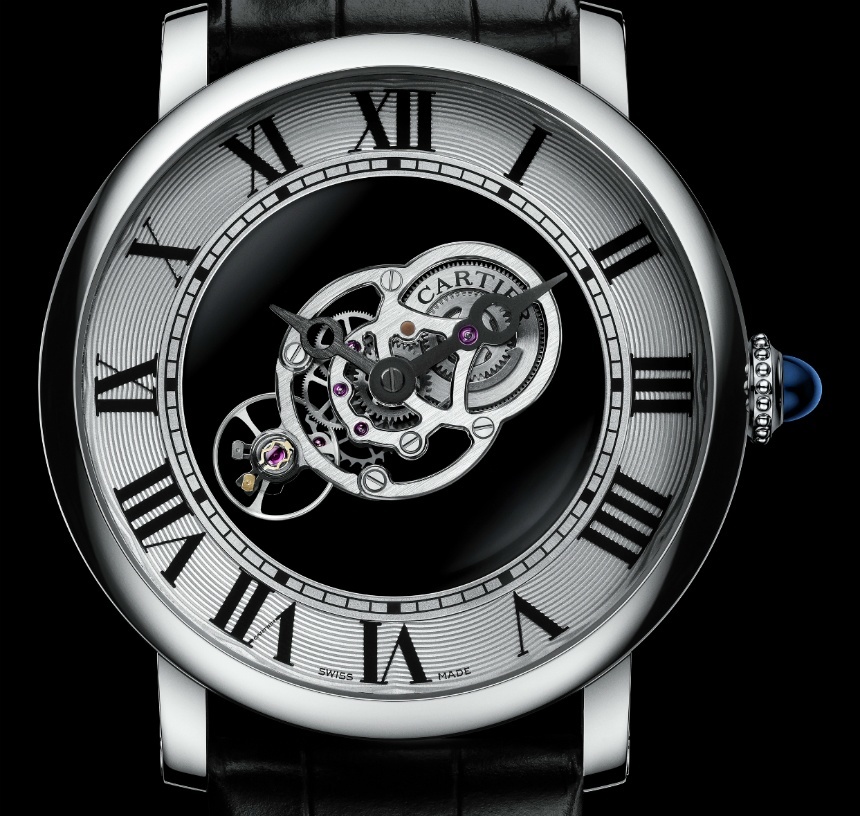 With the Cartier Rotonde de Cartier Astromystérieux, Cartier gets a dual prize for not only one of the most beautiful watch releases of SIHH 2016, but also probably the most “French sounding.” Try and say “Astromystérieux” without picturing a stroll in Paris along the Seine after an afternoon window shopping in the Place Vendome. You’d walk along imagining to yourself all the attractive luxuries you saw and exclaiming to yourself, “but the prices are all so Astromystérieux!” What we have here is another in a growing collection of “interpretive tourbillon” watches that, in this case, once again take inspiration from Cartier’s astonishingly classic mystery clocks of old. 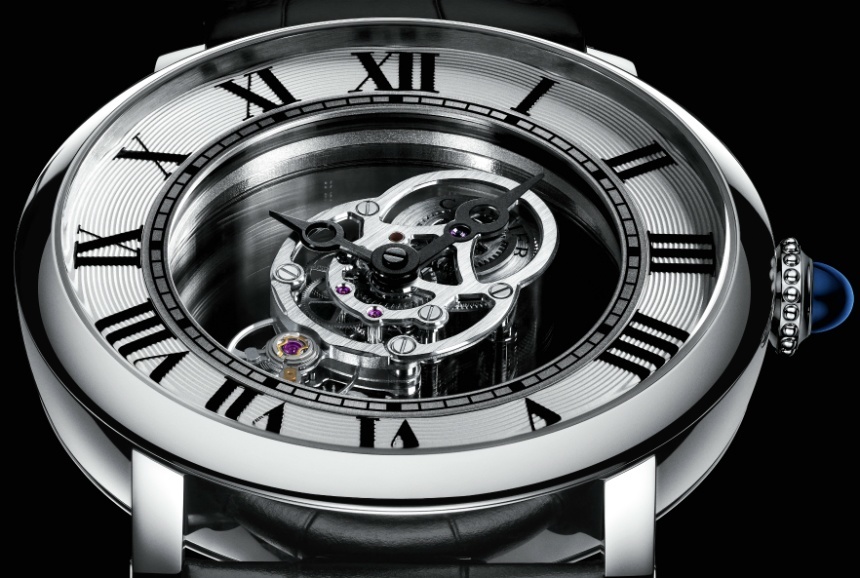 Such early 20th century clocks used transparent crystal discs to move hands which otherwise appeared to be floating. In this instance, mystery translates into both horological elegance and beauty. We’ve seen a range of other “mysterious” Cartier wrist watches released over the last few years such as the recent Clé Mysterious from late in 2015 not too long ago. For this newest “interpretive tourbillon mystery,” Cartier returns to its popular Rotonde case style for a piece that combines these two worlds of interest. Suspended between what are actually three transparent sapphire crystal discs is more or less the entirety of the movement system that make a full rotation on the dial each hour. 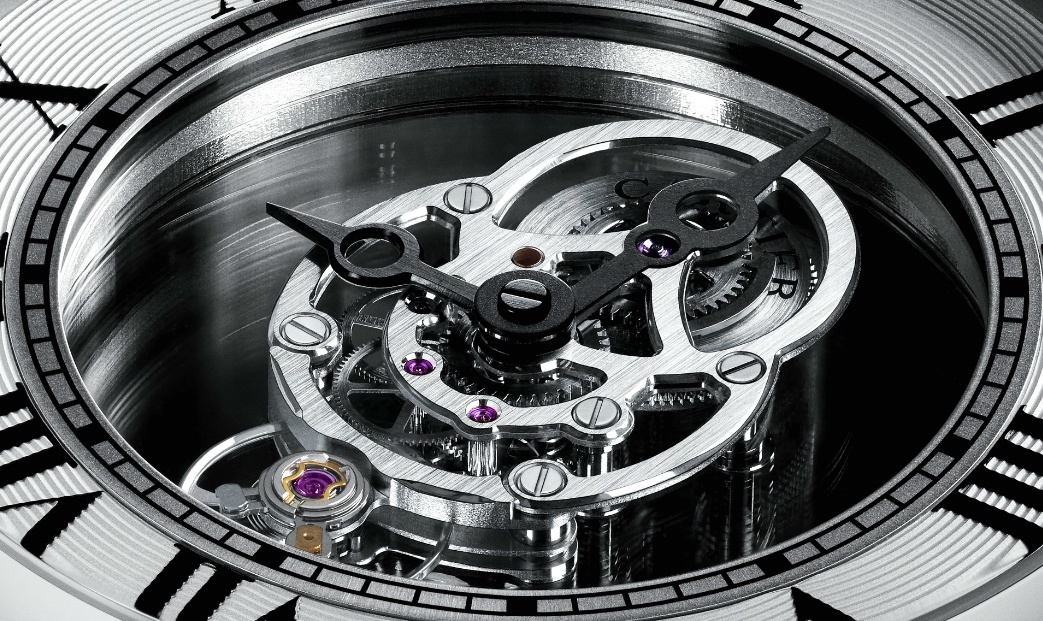 Use of the term “tourbillon” is theoretically a stretch, as in the most technical of senses, there isn’t a balance wheel and escapement system which revolves on its own axis within a cage. Rather, the entire movement including the escapement, mainspring barrel, and gear train revolves on an axis point once each hour. You can actually see that the mainspring barrel itself is physically connected to the minute hand, while at the opposite end is the balance wheel. The hands themselves are thus not “mysteriously” mounted, but in the case of the Cartier Rotonde De Cartier Astromystérieux, it is the entire majority of the movement itself which enjoys a mysterious connection to the rest of the movement. 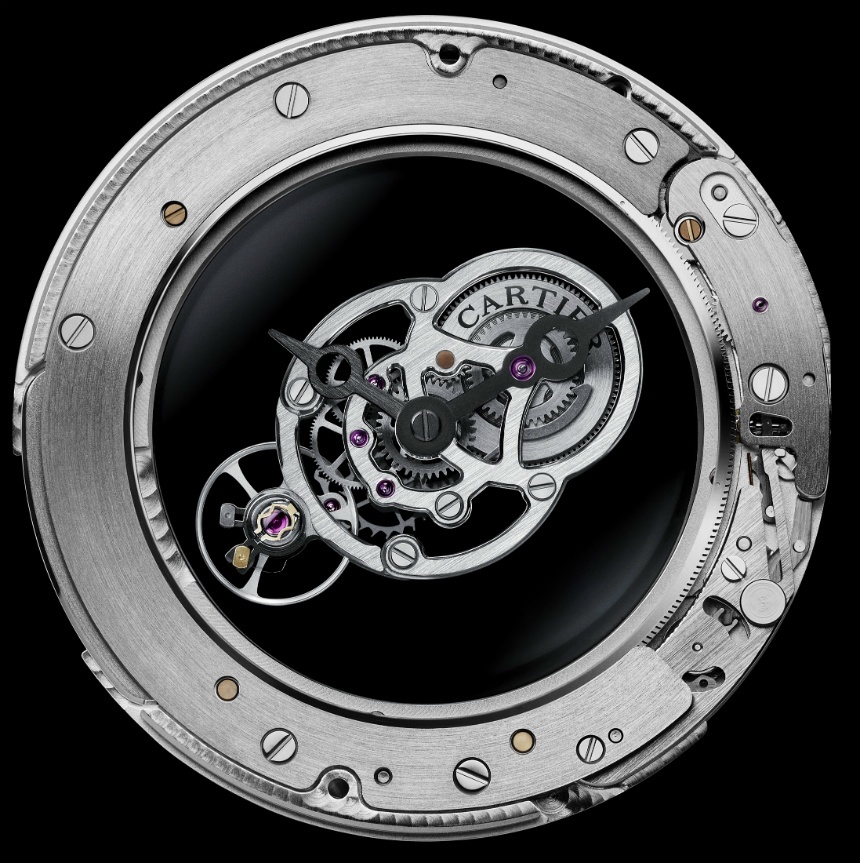 A series of delicate mechanics and 188 ball bearings exist in the periphery of the 43.5mm-wide Rotonde case – which for this particular Cartier Rotonde De Cartier Astromystérieux watch model is produced in 950 palladium. This mechanical support network allows for all the movement to turn, but more importantly, allows for the user to rely on the traditional crown to both wind the movement and set the time. Cartier no doubt needed to design a novel system to ensure ample shock protection as well as a new type of winding limiter to ensure the movement is not overwound. The resulting system for the latter is patented, and according to Cartier, operation of the Cartier Rotonde De Cartier Astromystérieux feels just like that of any other more traditional mechanical movement – despite the appreciable effort undertaken for this very poetic and attractive mechanical presentation. 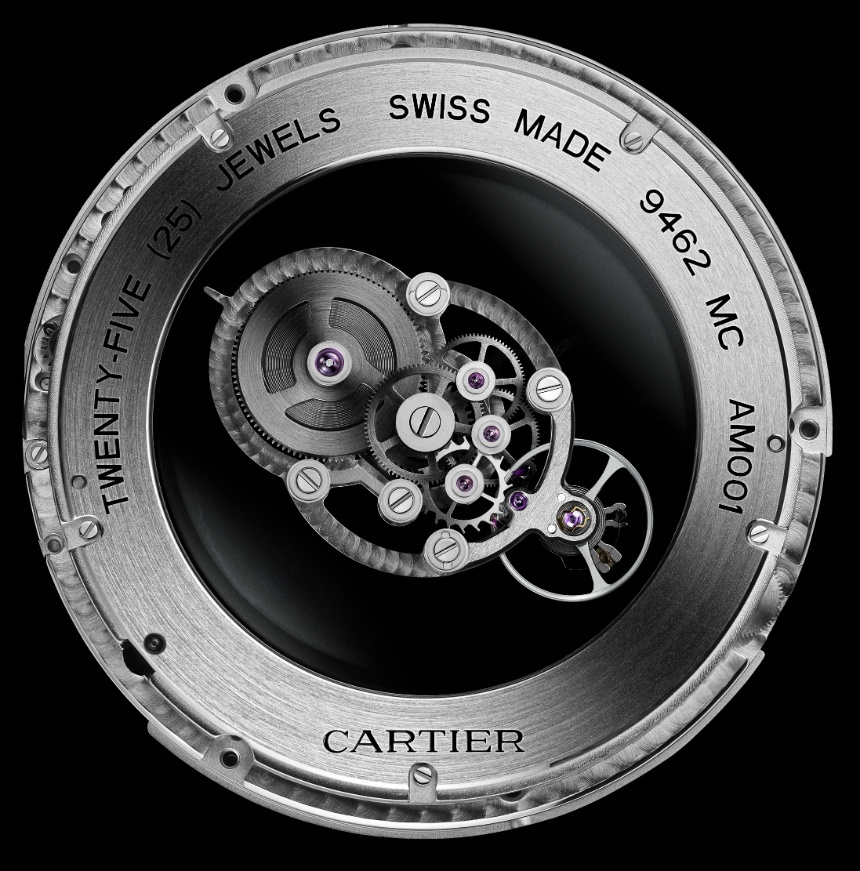 The movement, which is in-house made at Cartier’s haute horology workshop in La Chaux-de-Fonds, Switzerland, is the new calibre 9462 MC. The total movement, including what you can and cannot see, is comprised of 408 parts and is 39mm wide by 5.9mm thick. In the scheme of things, that is actually a big movement – but in reality, much of it is taken up by spans of transparent sapphire crystal. The balance wheel operates at 3Hz (21,600 bph), and the movement has a power reserve of 50 hours, which is not too bad given the potentially higher amount of torque necessary to move larger components. 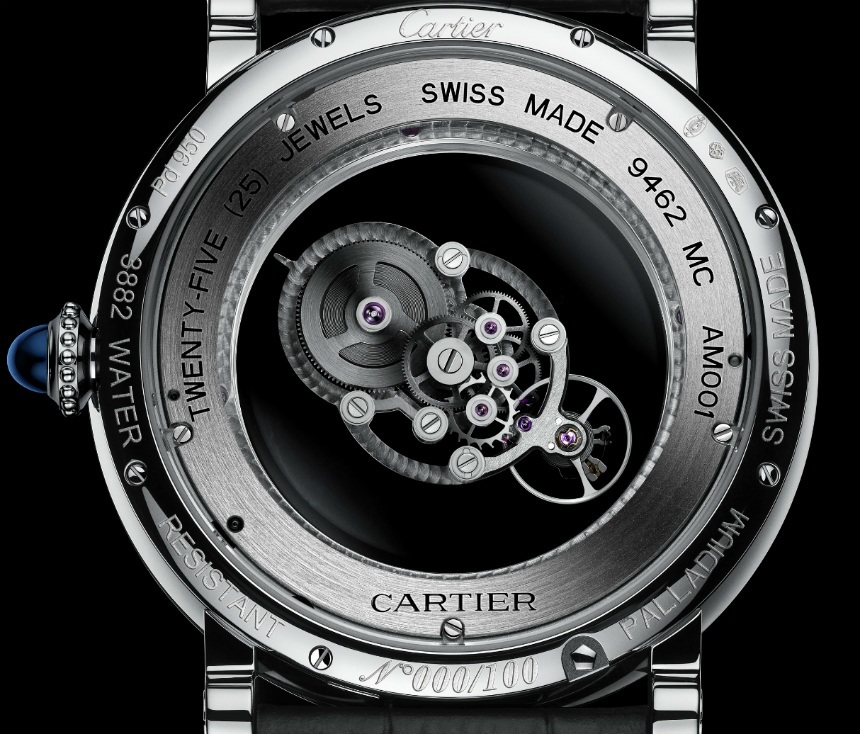 I already mentioned that the Rotonde case is 43.5mm wide (water resistant to 30 meters), and I’ll add that it is just 12mm thick – which isn’t that bad given the relative thickness of the movement. While not exactly a petite dress watch, the Cartier Rotonde De Cartier Astromystérieux should maintain a high degree of elegance and grace on the wrist. Around the periphery of the dial is a lightly textured, silvered ring with painted black Roman numeral hour markers that appropriately match the black pomme-style hands in true Cartier character. In the crown is a typical blue sapphire crystal cabochon. 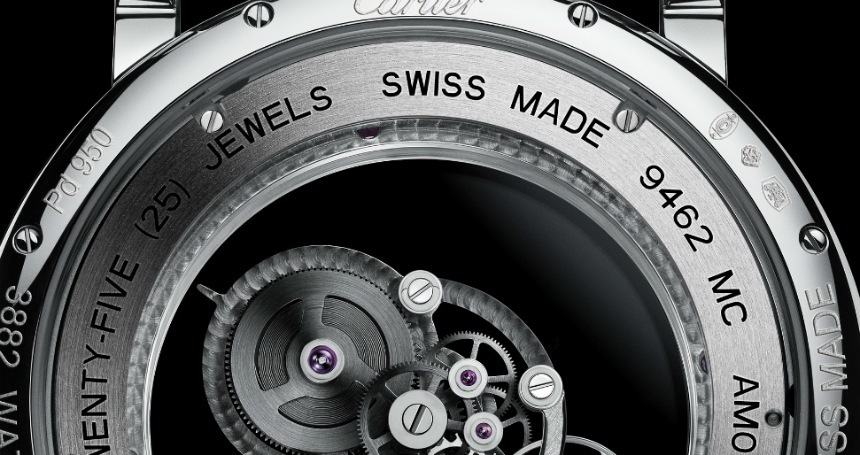