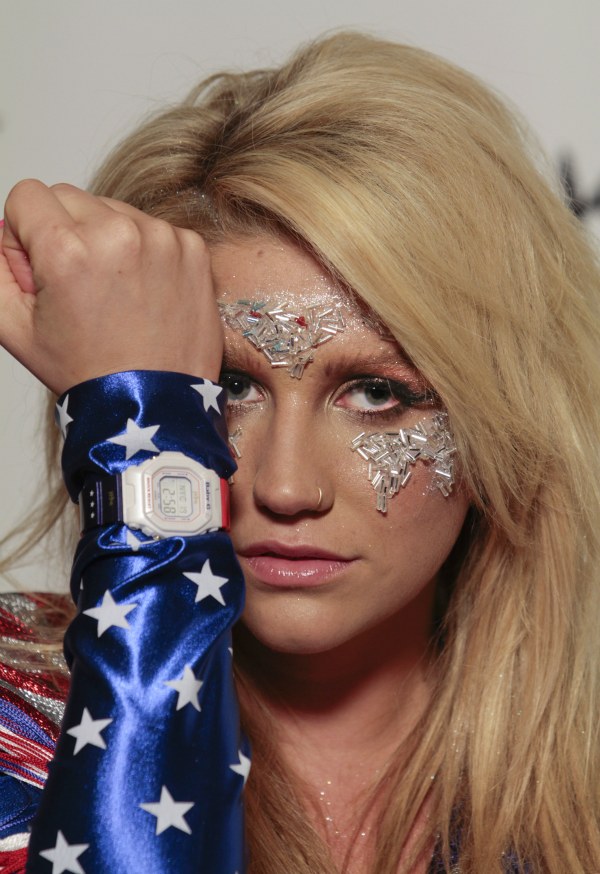 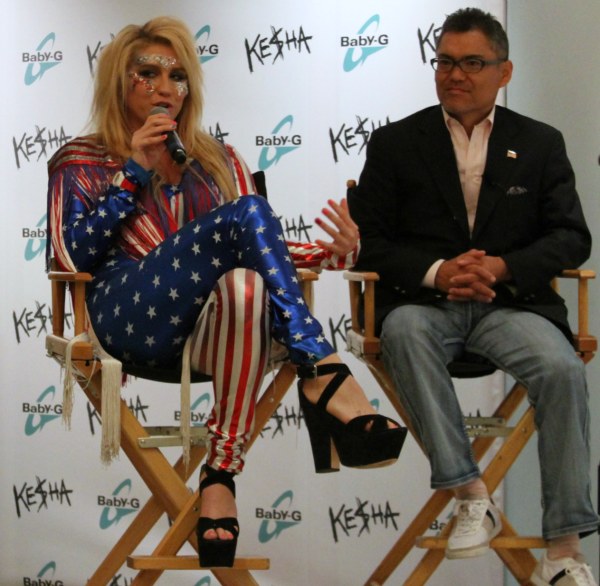 Casio doesn’t always see their watches like you see their watches. Casio internally, is an interesting mixture between the techie watch engineers and fashion folk trying to match a Casio timepiece with the next big artist or fashion trend. It makes for a very diverse, and sometimes contradictory brand. On the one hand you can have an awesomely functional watch that is high in value given what you paid for it, and on the other hand you can have sometime made in sparkly pink plastic focused entirely on being an accessory for someone’s fall fashion lineup. The good news is that for the most part Casio is able to entertain both audiences. You just need to know what watches to pay attention to given your interests.

Like Swatch, Casio is able to dole out a lot of volume based on some quality core designs. That means a world of possibilities and enough new things to make even the most avid collector dizzy with brand direction and product releases. Do some research and you’ll find everything from strictly limited editions to limited production models made in collaboration with people who are singers, athletes, artists, designers, pop culture icons, and more. Most models that get this treatment are in the G-Shock or Baby-G collection. 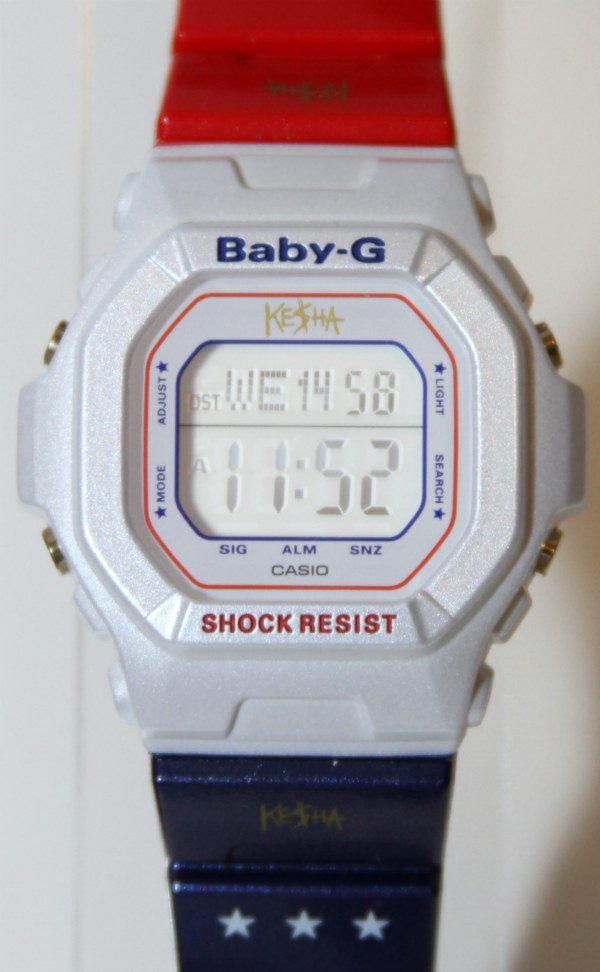 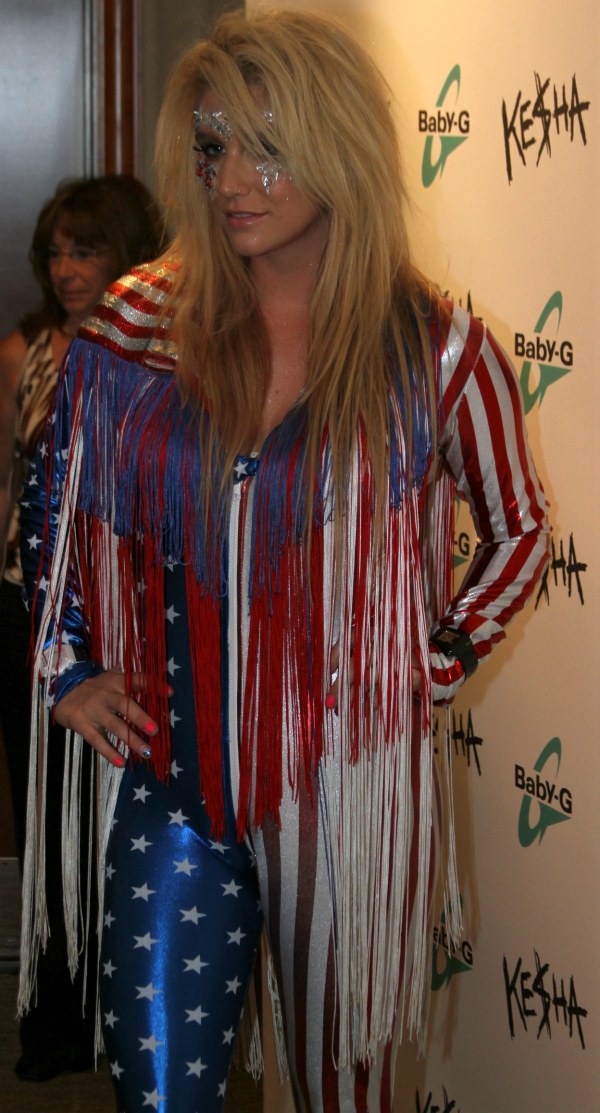 The purists will always have the Pro Trek (formerly Pathfinder in the US) and Edifice models. Those are for the serious watch people in Casio’s mind while everyone else should find a G-Shock or Baby-G that they like. Baby-G is just a smaller, feminine version of the G-Shock with its own collection and look. Both have had hundreds of versions over the years. The fashion route has done really well for Casio. Back maybe 10 or 20 years ago Casio found that inexpensive and cool looking G-Shock watches were making their way on the wrists of urbanites. People in big cities who were into fashion, music, and art were dismissing a lot of the traditional watch styles available.

Young people such as myself were convinced that most cool things were born in Japan. Something affordable that looked like it came from the future and offered a range of standard features in addition to telling the time was easy to love. That and G-Shock watches could really take a beating. Even today, there are few watches other than a G-Shock that I would subject to actual torture and expect them to come out OK. 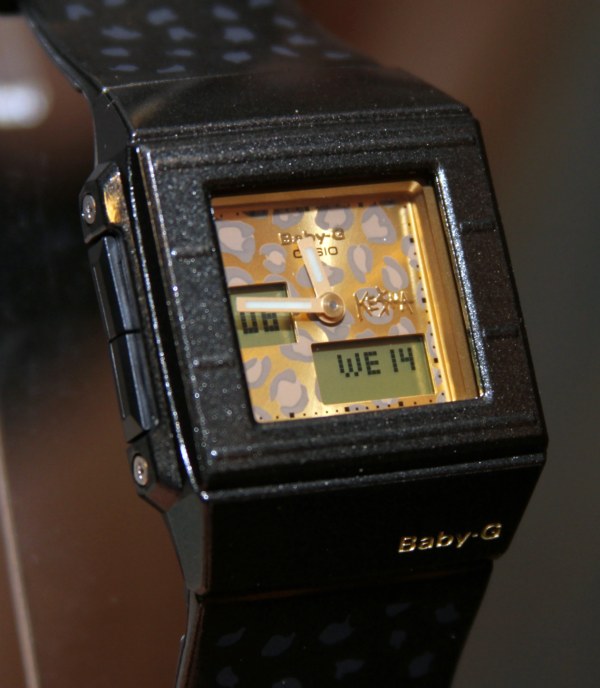 Casio later found that owners wanted color. The original G-Shock watches to my understanding were mostly black in tone. At some point the colored plastic floodgates opened and a rainbow of G-Shock models started showing up. Anyone with a hip fashion sense was going to have one. Casio took proactive measures and also quickly started working with people like influential musicians to wear their watches. Examples include Eminem, Lady Gaga, and now Ke$ha (Kesha).

Such partnerships proved extremely valuable in today’s day and age when timepieces are not a must-have item for young people. It makes a lot more sense to show people that their musical or artistic heroes are wearing something cool – and that they in turn might like to wear those items as well. This concept is not new, but in the watch industry Casio is a bit of a unique player – which is ironic given they they are among the only brands doing what they are doing with a mainstream product. 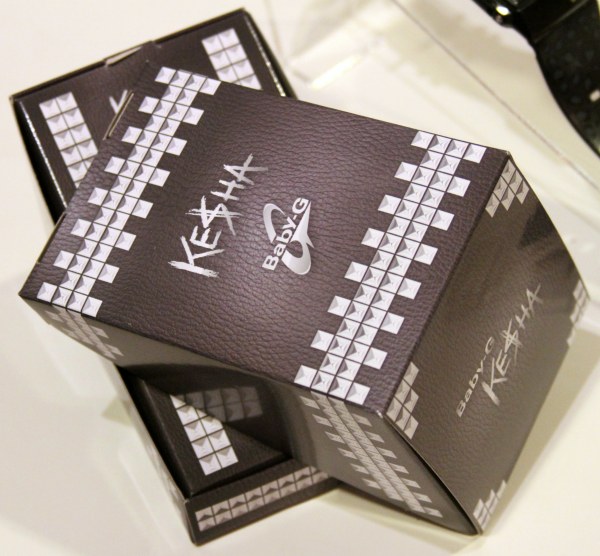 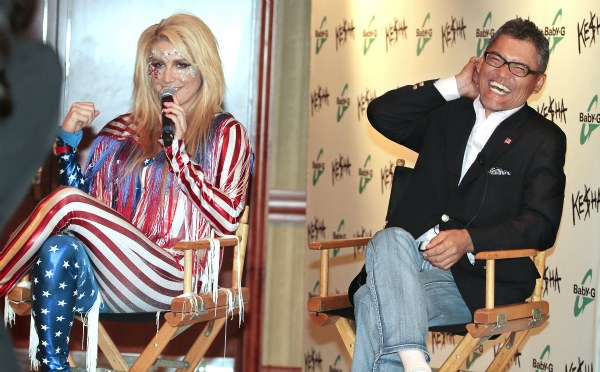 High-end watch brands from the larger groups such as Swatch Group and Richemont frequently work with high-profile stars to show off multi-thousand dollar timepieces. While there is nothing wrong with that, those groups are often aiming for very small segments of the population who can afford such luxuries. Casio is focused on a more mainstream population using the same strategy – and it works really well for them.

Recently I joined Casio during their launch of a new collection of Baby-G watches designed by and branded for the singer Ke$ha. The title of this article is such because this was during Kesha’s “Get Sleazy” tour. The popular performer has been a Baby-G ambassador for a little while now and had the opportunity to come up with a few of her own designs. I posed the question to her of why it was important to work with a brand that was affordable, versus some of the very high-end brands that her colleagues might work with. Her response was simple and too the point. Virtually all of her fans can afford a Casio timepieces, and the watches themselves were relatable to her audience. Fair enough, and a good point. It would be antithetical of her to position her music as for her fans when the products she associates herself with are not. 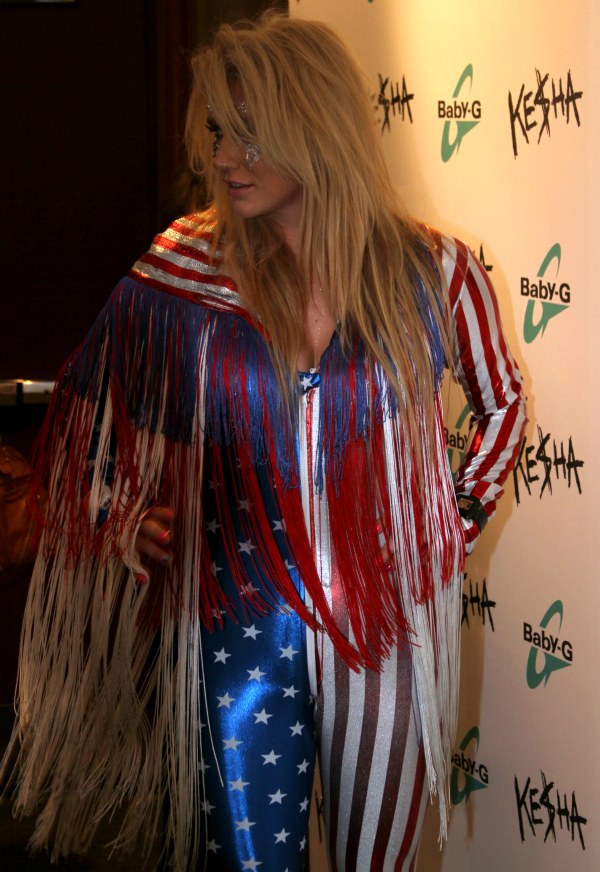 To start there are two Kesha branded Casio Baby-G watches. One is a square in shiny black with a digital/analog face and gold-toned leopard print on the dial. This one is the reference BGA200KS-1E watch priced at $120. It is girly and a bit rebellious – a lot like her. Next is the model BG5600KS-7 done as Kesha’s own homage to the American flag. I anticipate this one to be the more popular model and it is priced at $99. It is a slightly more traditional Baby-G model with a pearlescent case and mixed blue and red straps. There are little starts strategically placed on the case and straps.

This latter model went well with Kesha’s home-made superhero outfit that she debuted herself in. Stars and fringes forever… You can learn more in the video I took of the interview. Sorry about it being a bit shaky. I was trying to record the video with one hand, and take photographs with the other. 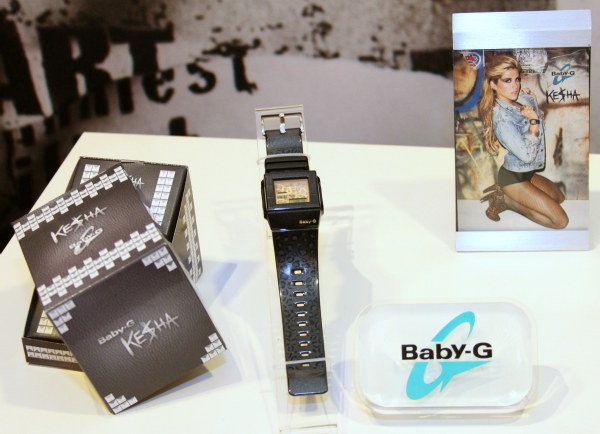 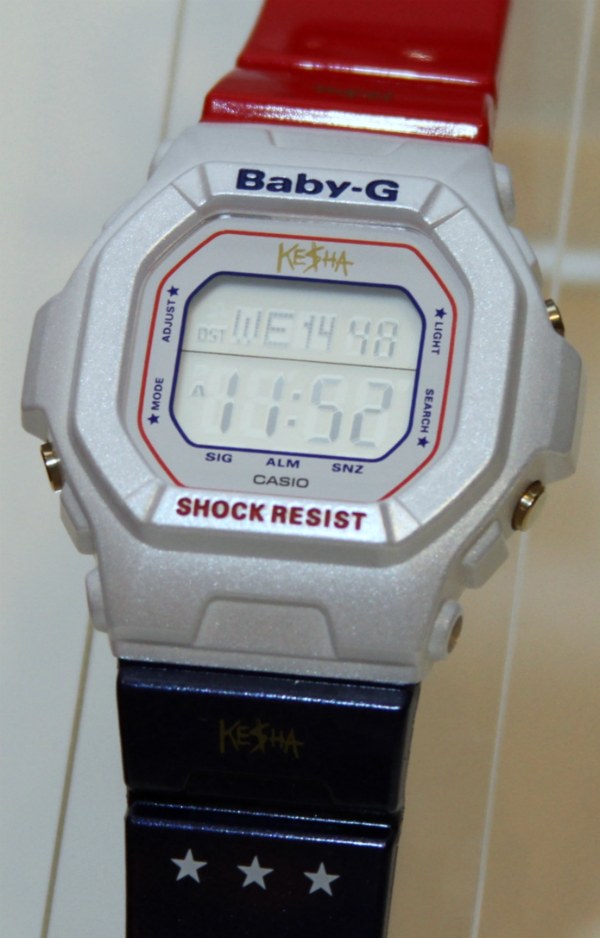 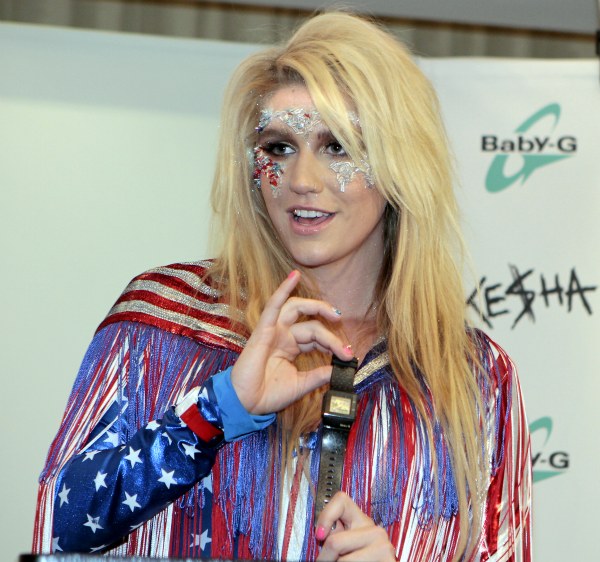 Casio intercepted Kesha early on in her career. She is popular among younger woman and I think her connection with Casio is a benefit to the entire watch industry. It is about getting people to wear and discover the virtues of watches. These days even parent might not think to get their kids a watch. By seeing hip looking timepieces on their idols, young people will be drawn to purchase and adopt these products into their lives. Once you wear a watch for long enough you tend to want to continue doing so. When these girls become women they will likely continue to have a few Casio pieces in their lives and also include more professional pieces into their collection. In this case, getting them while they are young is a good thing. My thanks to Casio for including me in this event, I continue to find what you do fascinating.
www.casio.com