I’m no fashionista, but it seems to me that the camouflage aesthetic is all the rage in the world of high street fashion. Fashion houses like Louis Vuitton and Balenciaga have all taken the traditional camouflage motif and put their own spin on it. And now, so has Casio. The brand has taken its popular GMW-B5000 and MTG-B1000 watches and have given them highly fashionable camouflage colorways. 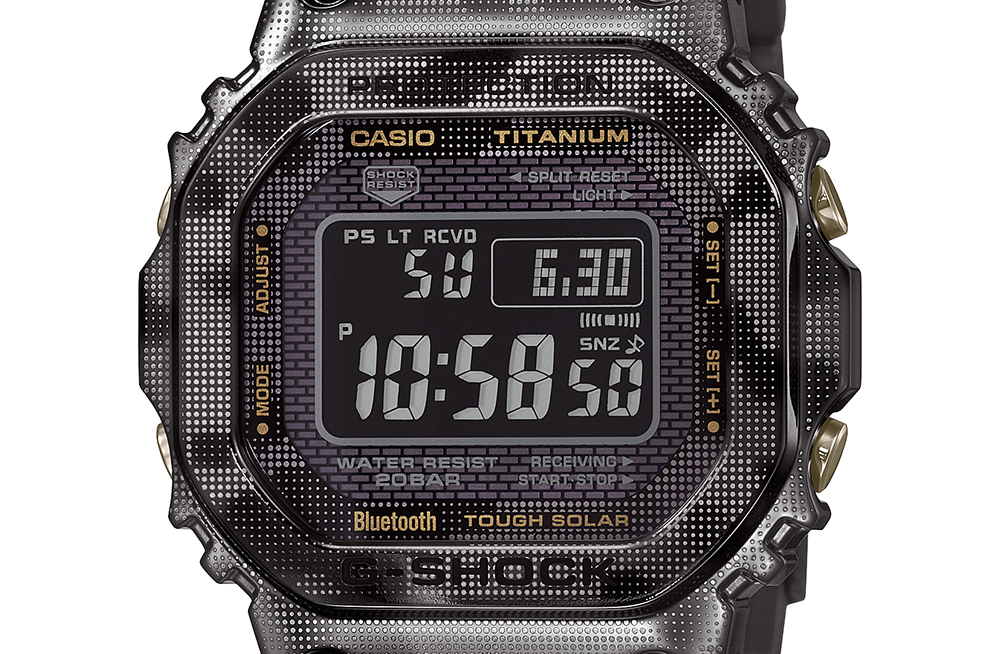 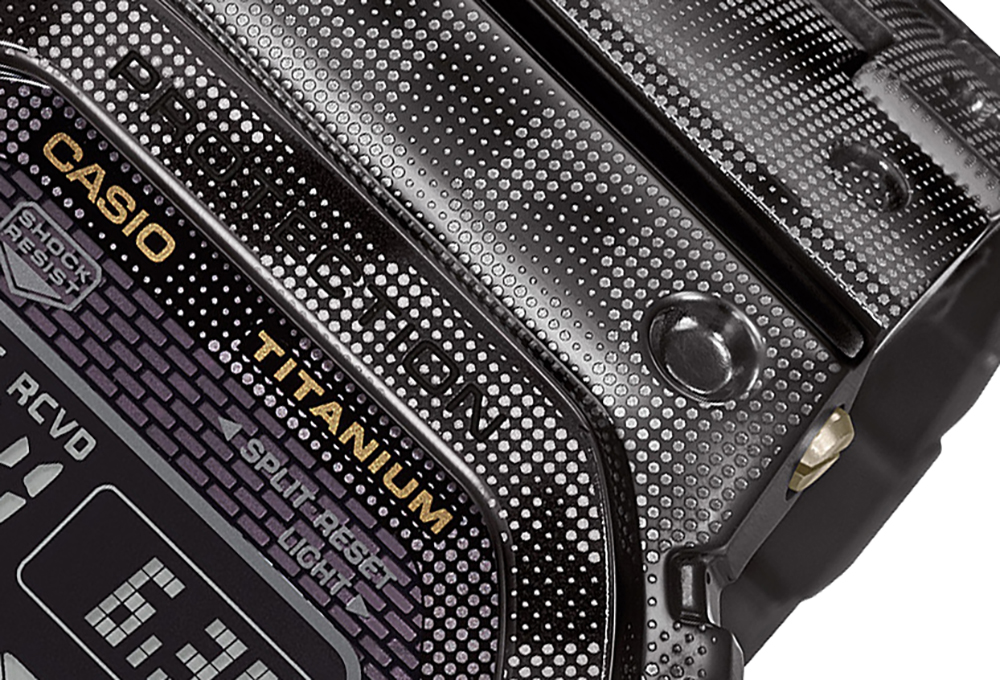 The black camouflage pattern is done in a digital-style, giving it a distinct pixelated look. It’s also done in an interesting way. The surface is first given a black DLC coating. In the second step, lasers engrave tiny pixels to create the digital camouflage pattern. Completing the look are gold accents on the dial and gold-colored pushers.

Befitting its status as the flagship of square G-Shocks, the GMW-B5000TCM-1 has a sapphire glass protecting the black negative display. On top of that, it also has a screw lock caseback, giving it water resistance up to 200 meters. It also has a host of features including Tough Solar, Multi Band 6, built-in alarm, chronograph, and world time functions, and Bluetooth connectivity via the G-Shock Connected app. 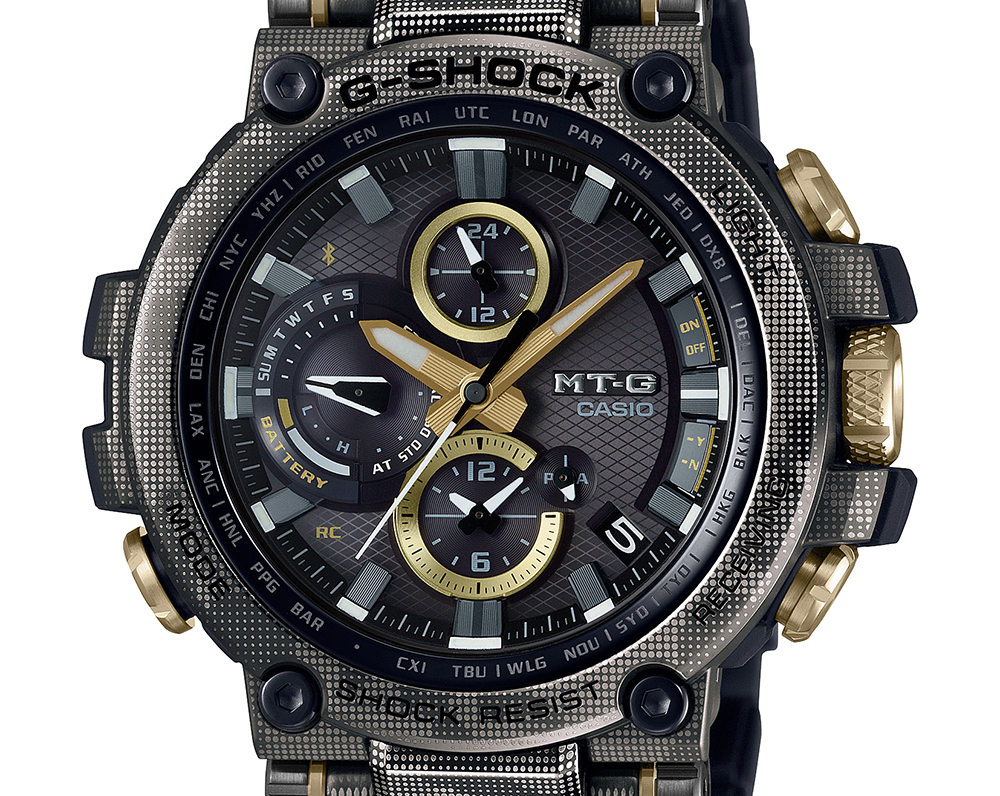 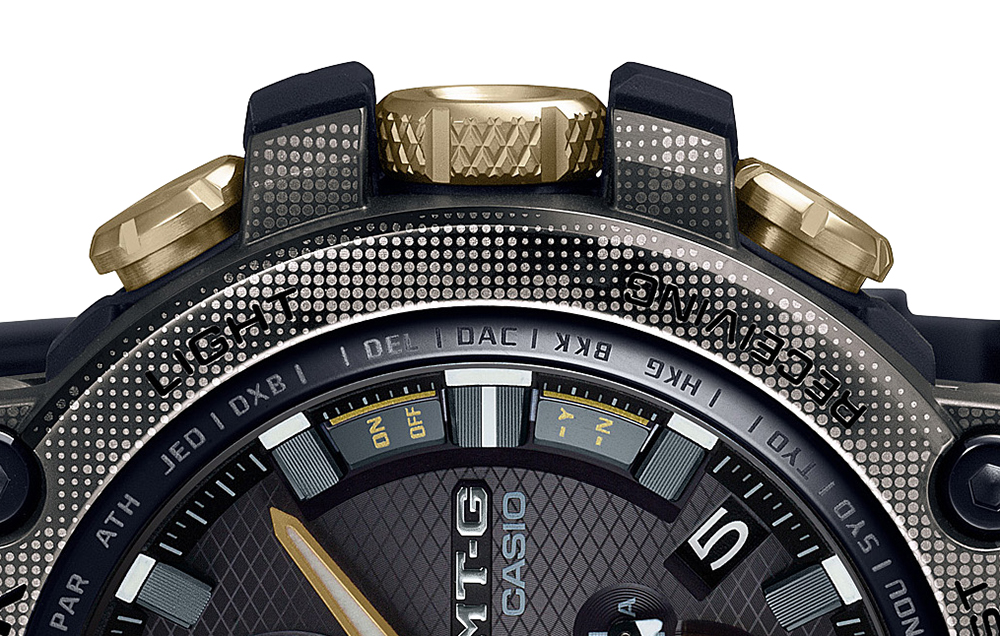 The MTG-B1000DCM-1A also has sapphire glass protecting the dial, a screw-down crown, and a water-resistance of up to 200 meters. It also has a ton of features, including Triple G resist technology, Tough Solar, Multi-Band 6, a built-in alarm, chronograph, and world time functions. It also has Bluetooth connectivity via the G-Shock Connected app. The latter allows the watch to connect with a smartphone and syncs it with an atomic reference time. It also enables the watch to consult the phone’s GPS and adjust its time based on your GPS location.

It’s nice to see G-Shock embrace the world of high street fashion. Moreover, the process used to create the camouflage pattern is interesting and demonstrates Casio’s attention to detail. In my opinion, these two are easily among the most interesting watches in Casio’s G-Shock lineup. Pity, then, that they are quite pricey. The G-Shock GMW-B5000TCM-1 and G-Shock MTG-B1000DCM-1A are both available now and cost $1,600 and $1,200, respectively. For more information, visit gshock.com.