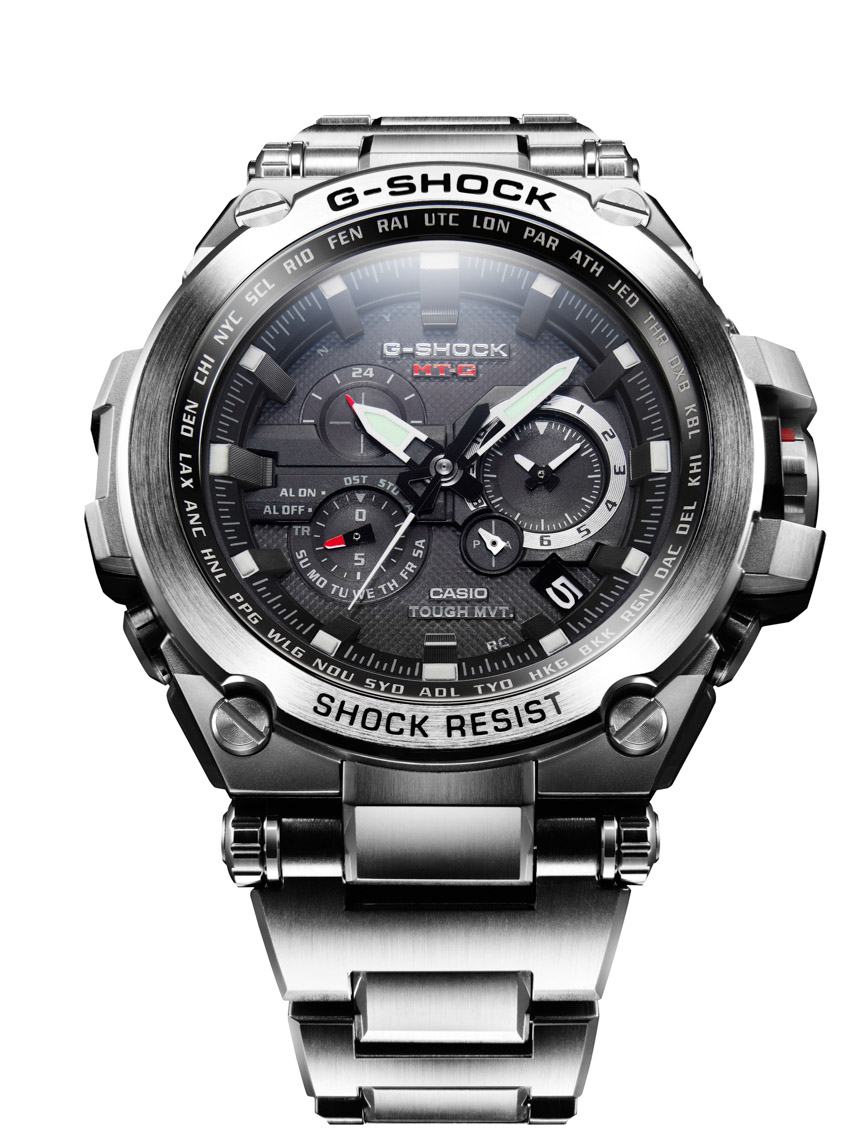 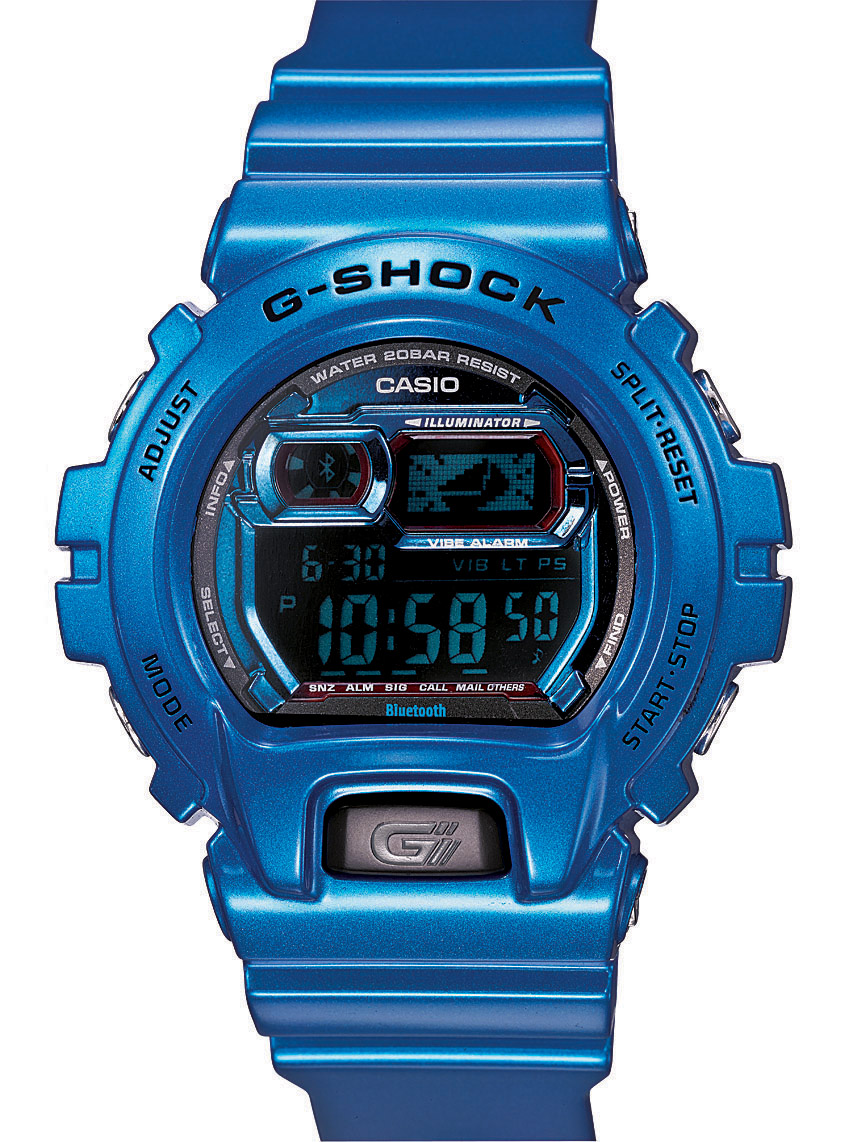 Expanding on the capabilities of last year’s Bluetooth integrated timepieces, G-Shock announced a new set of v4.0 watches that add increased functionality. In addition to call or email notification, these new pieces can also interface with smartphone applications such as alarms and media players, allowing music to be controlled from your wrist on phones such as the iPhone 4S/5 and the Samsung Galaxy S4. This technology is available in 6900 series G’s, as well as the larger X6900 series, which also underwent cosmetic changes for this year. Prices TBA. 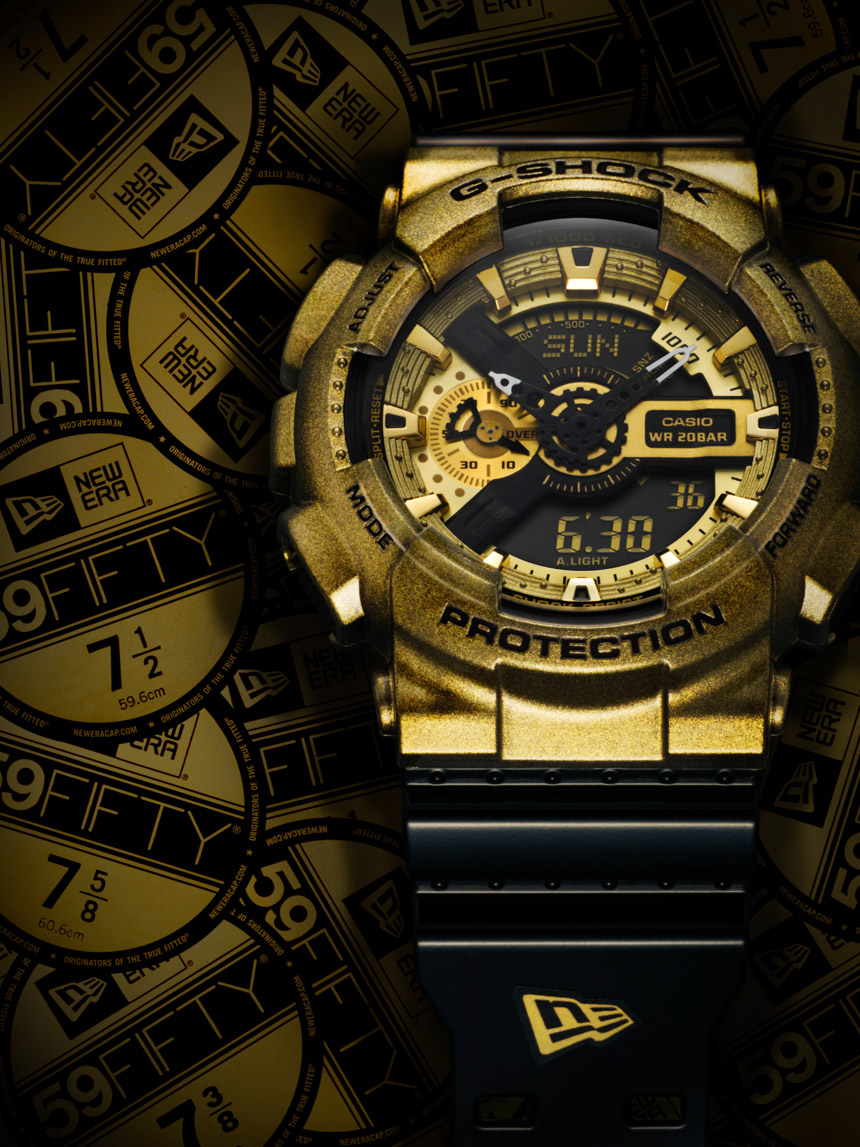 One of several new collaborations announced for this year, the New Era G-Shock celebrates one of the most prestigious brands in American headwear. In business since 1920, New Era’s caps are an iconic style easily identifiable as the supplier to Major League Baseball. The timepiece is based on the XL GA110 analog/digital model and features a unique gold and black color to emulate the glossy 59fifty sizing stickers that adorn the rim of New Era caps (which are often left on the hat after purchase, inexplicably). The New Era G comes with special baseball-hat styled packaging and will be available in November. $180 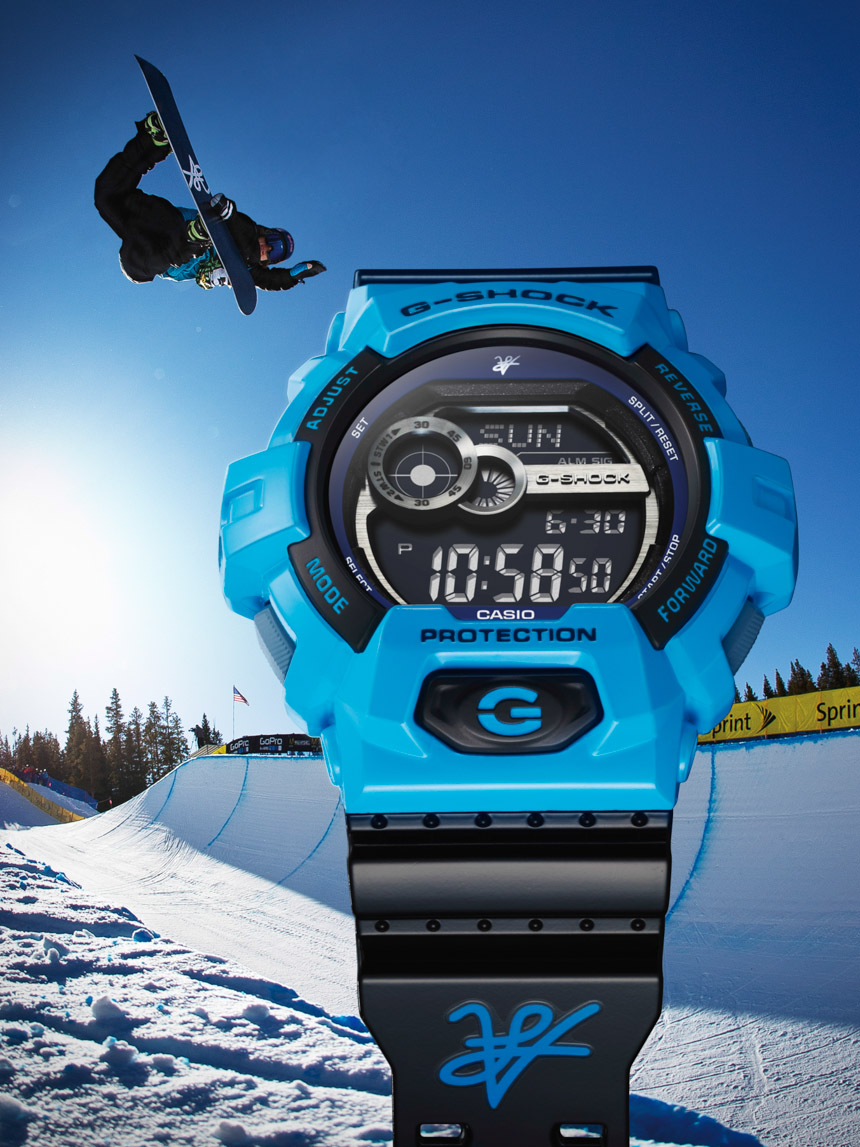 Pro snowboarder Louie Vito is part of team G-Shock, and according to his testimony at Shock The World, he has broken bones, had skin grafts, pins, rods, and all manner of injury while boarding – but has never damaged a G. Honoring his love of the brand and of extreme winter sports, the Louie Vito G Shock is a new model G-LIDE capable of low temperature resistance to -20C/-4F. The uniquely styled timepiece also features a reverse LCD display for bright conditions on the slopes, and a deep indigo blue case color evoking cloudless “bluebird” days. Vito’s signature adorns both the dial and the strap. The Louie Vito G-LIDE will be released in December. $130 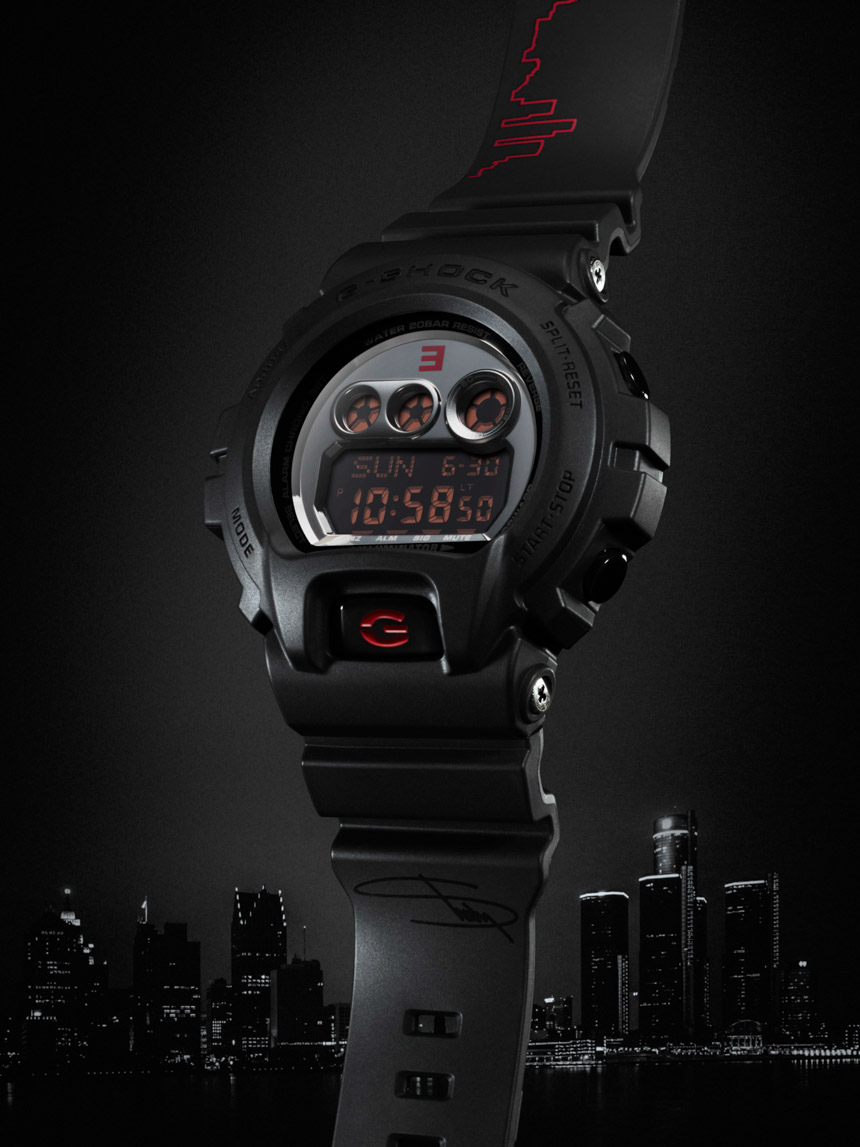 The highlight of Shock The World 2013 was most certainly the musical performance by Emmy Award winning hip hop artist Eminem. Designed to be “stylishly streetwise” in the vein of Mr. Mathers himself, the limited edition timepiece features styling cues such as his stylized “Ǝ“ logo on the dial and image of Detroit’s skyline on the strap. The watch is based on the newly revamped oversized X6900 body, and goes on sale in December through select retailers. $180 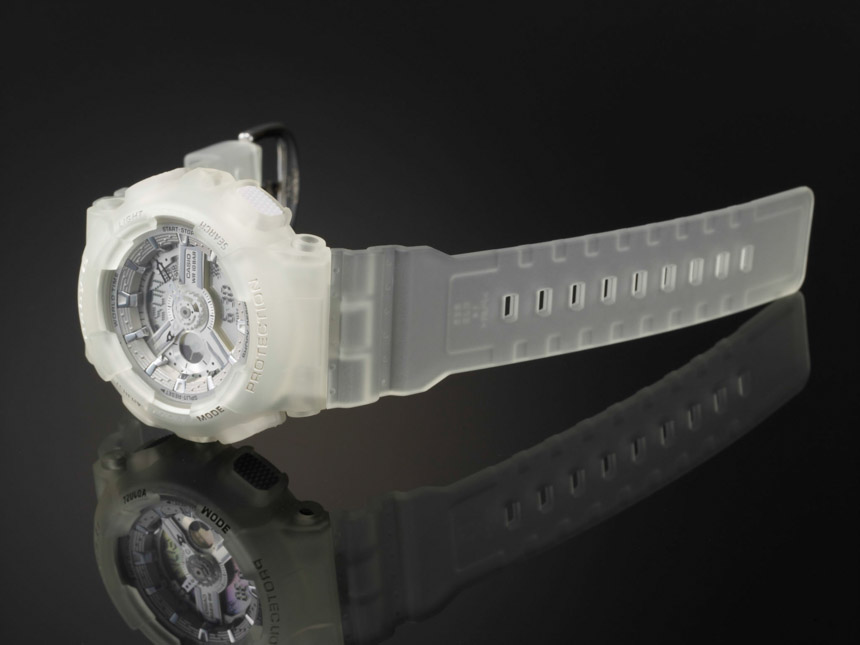 The men’s line wasn’t the only one to receive attention this year. A full line of newly revamped Baby-G’s for ladies was also announced, with new colors and designs to emulate their larger siblings. Judging by the loud reaction from the female contingent at the press conference, these are going to be big sellers when they launch next month. $120