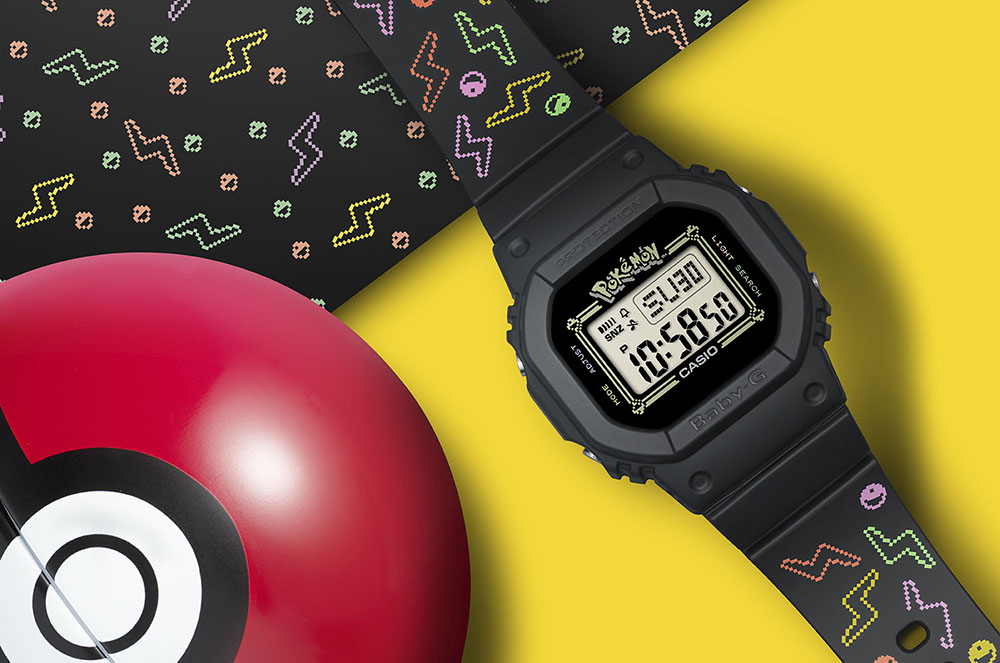 I wasn’t born when Casio released the first G-Shock watch. But I was around when it announced the Baby-G in 1994 and I vaguely remember all the ads and marketing that followed after its launch. Even though it was supposed to be targeted at women, it found a huge audience among kids ― at least in my part of the world. It was the watch to be seen wearing in school. This year marks the 25th anniversary of the Baby-G, and Casio is teaming up with Pokémon to release a special Pokémon-themed watch called the Casio x Pokémon BGD560PKC-1.

The Casio x Pokémon BGD560PKC-1 is full of details that are sure to delight Pokémon fans. 8-bit-style graphics frame the display and it pays homage to the original Pokémon Game Boy game from 1996. Eight-bit-style graphics are also used in the colorful Pikachu lightning bolts that adorn the black rubber strap. The rubber strap keeper has a “0:25” print that references Pikachu’s Pokédex number as well as the 25th anniversary of Baby-G. 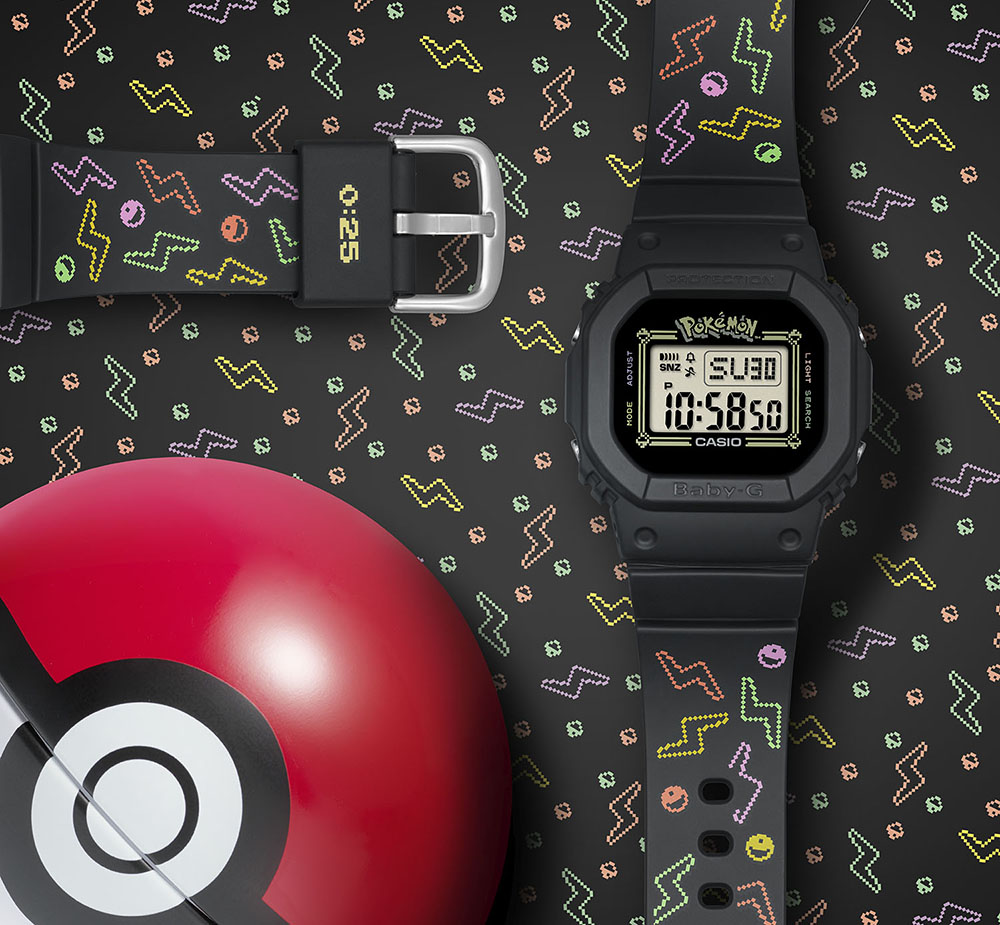 Where’s Pikachu? He appears in the background of the display when the electro-luminescent backlight is activated. Pikachu also appears in the caseback as an engraved image. To wrap things up, the Casio x Pokémon BGD560PKC-1 comes packed in a special Poké Ball case.

And because the Casio x Pokémon BGD560PKC-1 is based on the BGD-500 series of Baby G watches, it will have functions like world time for 29 time zones, 1/100-second chronograph, alarm, countdown timer, and more. Unfortunately, Tough Solar isn’t on the cards but its single battery has a claimed lifespan of three years. It is also water resistant up to 200 meters. 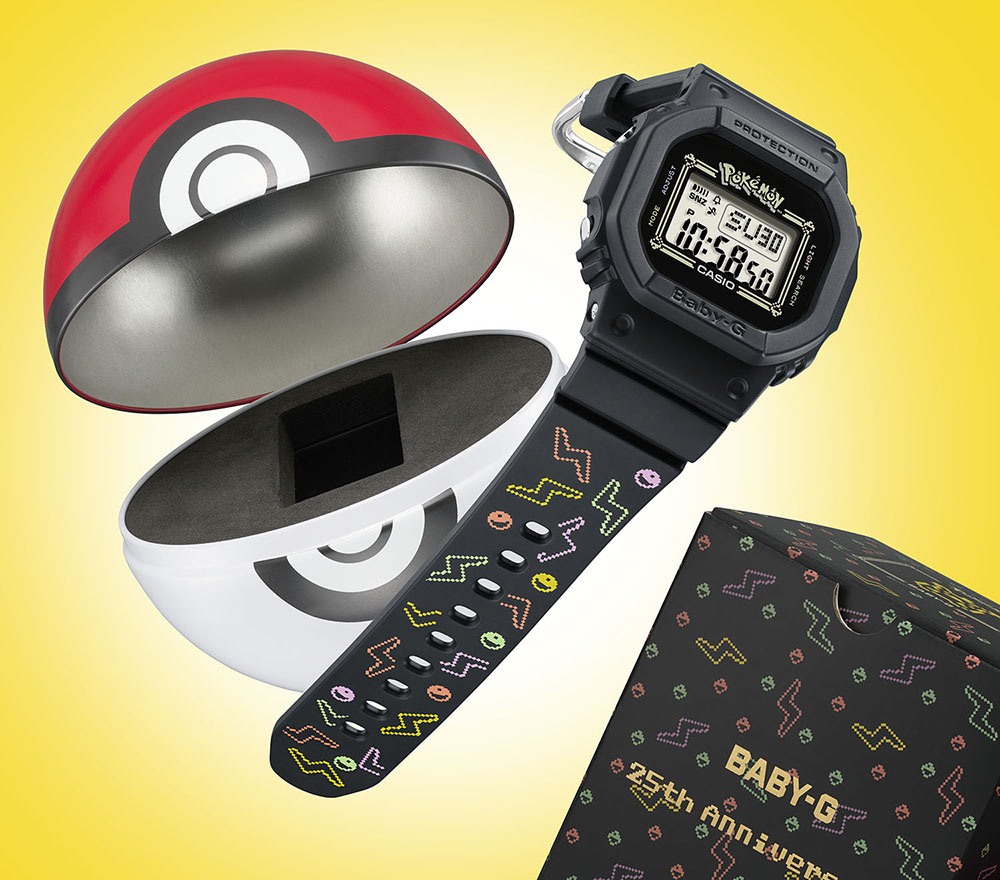 The Casio x Pokémon BGD560PKC-1 is as much a watch for Baby-G fans as it is for Pokémon fans. The little touches that pay tribute to Pokémon and Pikachu are sure to appeal to fans of the series. What’s more, the latest Pokémon game, Pokémon Sword and Shield, is set to release later this month (November 15). The Casio x Pokémon BGD560PKC-1 is available now and costs $110. For more information, visit baby-g.com.