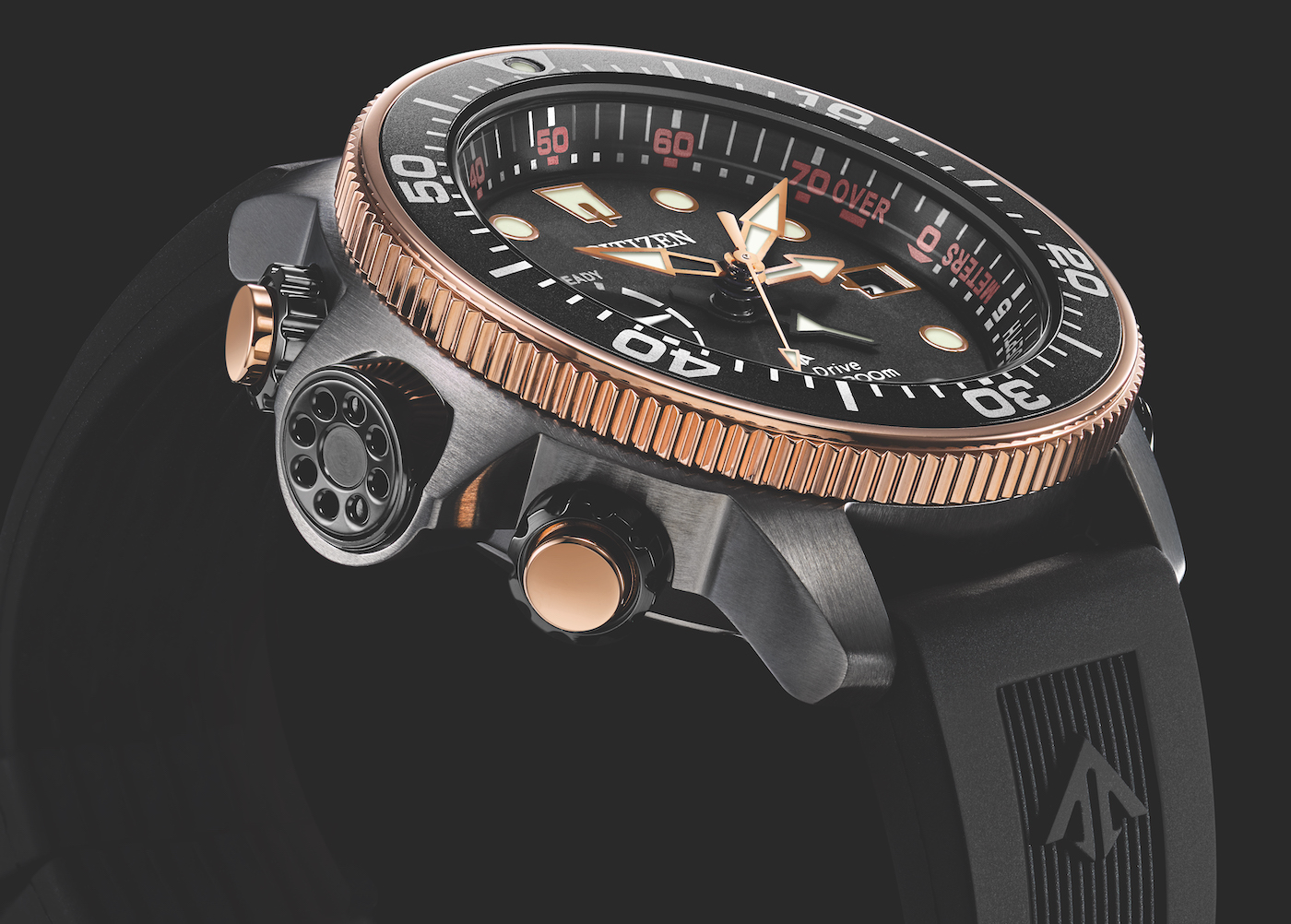 In a world filled with luxury timepieces and horological jewelry, it’s important to remember that the wristwatch was designed, at its core, to be a tool. Perhaps no other brand has done as much to advance the craft of watches as functional objects in the past three decades as Citizen and its innovative Promaster line. Since the introduction of the first three Promaster models in 1989, the line has been at the forefront of including cutting edge technologies and design principles to create durable, well-made timepieces with a broad array of functions for the everyday adventurer.

The Citizen Promaster series has left a legacy of watchmaking firsts leading all the way back to the original trio of models produced in 1989. Each of the three brought with them a series of groundbreaking innovations that carry through to the Citizen models of today. 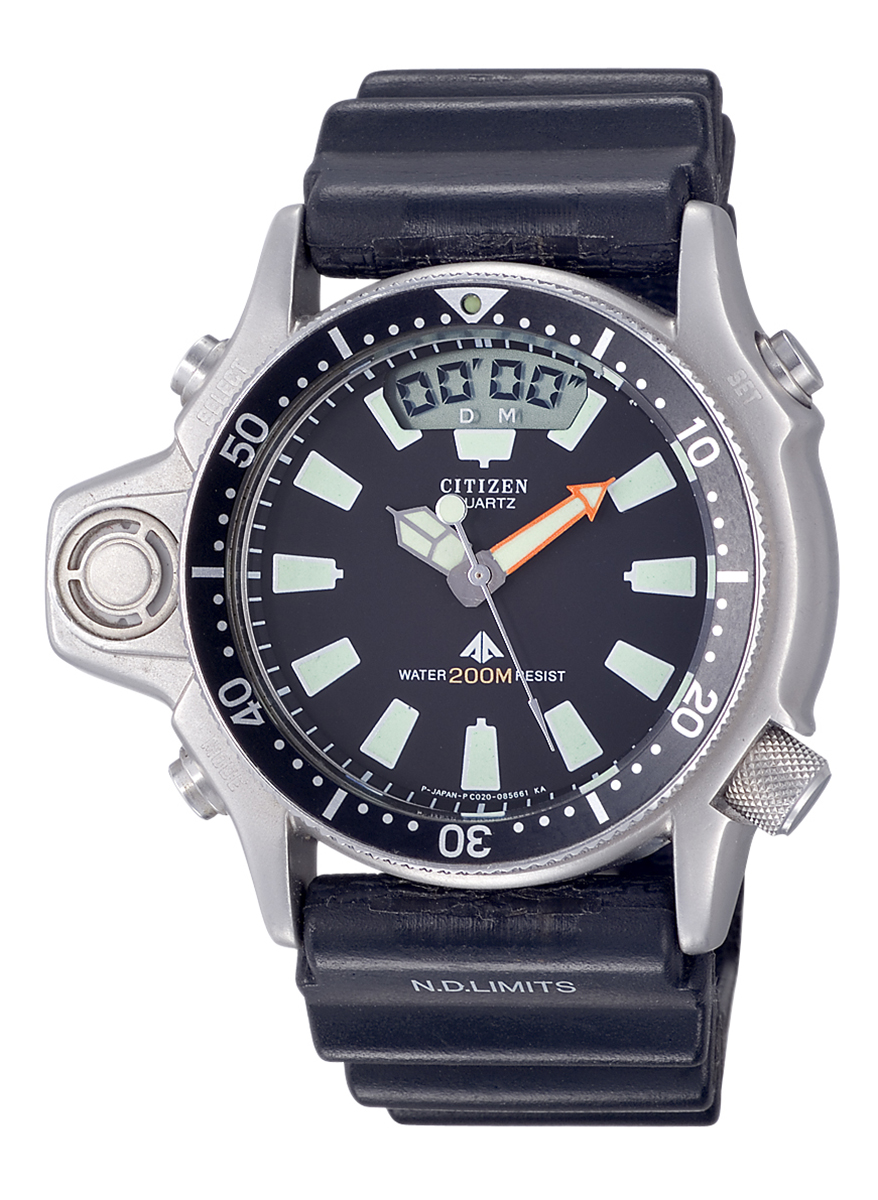 The original Citizen Promaster Aqualand diver was created from the ground up to meet the needs of professional saturation divers and was the first watch ever equipped with a digital depth gauge, allowing the Promaster Aqualand to replace the need for a bulky depth computer on extended SCUBA dives.

For the adventurer on land, the 1989 Promaster Altichron was one of the first timepieces to feature a digital altimeter allowing the wearer to navigate their way through elevations from 300 meters below to 5000 meters above sea level. The third member of the original collection, the Promaster Sky, offered pilots a range of useful aviation functions with highlights including a fuel-computing slide-rule bezel and one of the first-ever uses of a push-button setting for quick adjustment of a world timer. 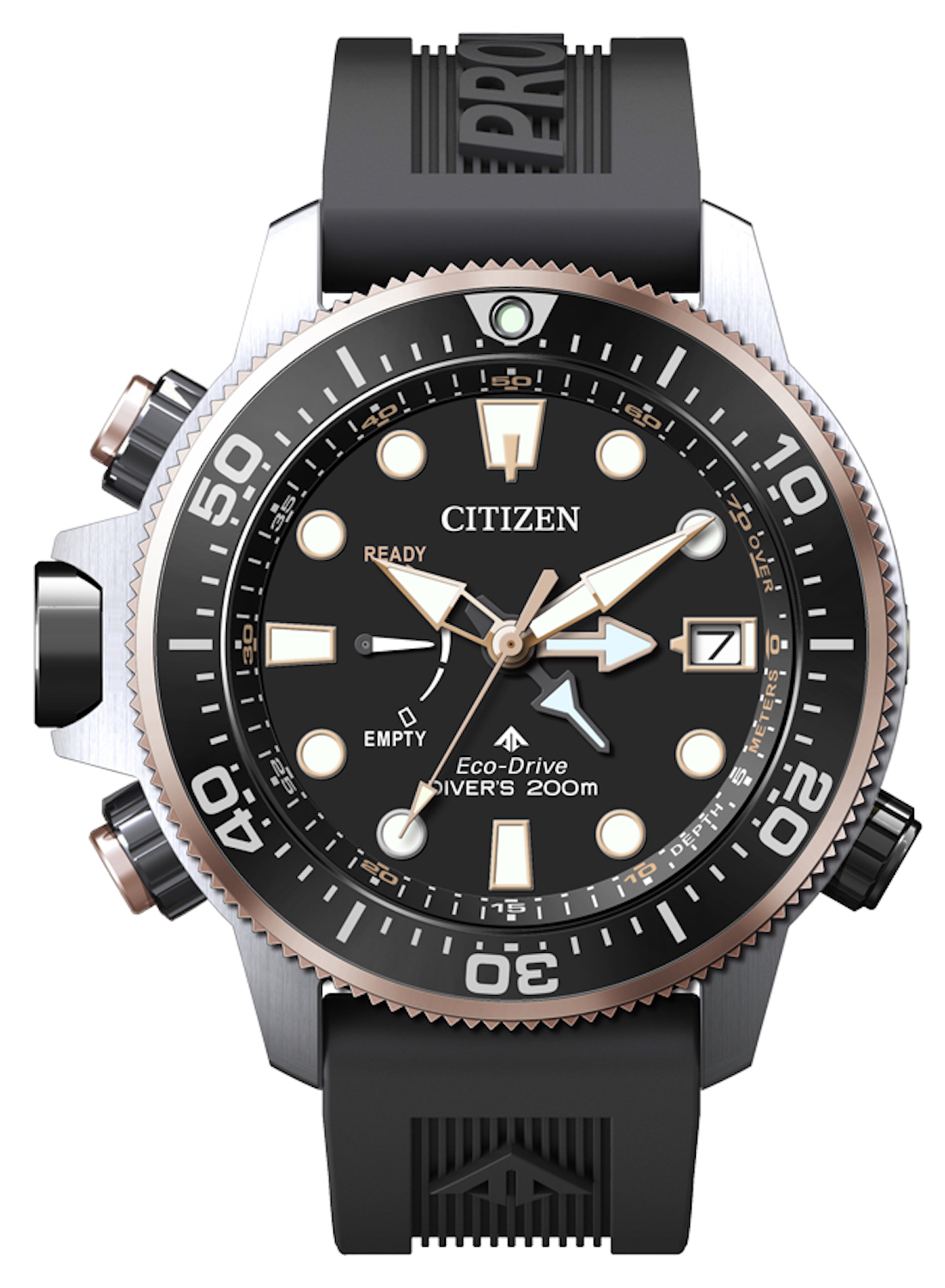 Ever since, the Promaster series has been the proving ground for Citizen’s latest advancements in quartz watchmaking, pioneering technologies at every turn. This process has culminated in the limited-edition trio of Promaster 30th Anniversary timepieces. Like the original 1989 series, this line of 2019 models covers adventurers on land, in the air, and below the sea. 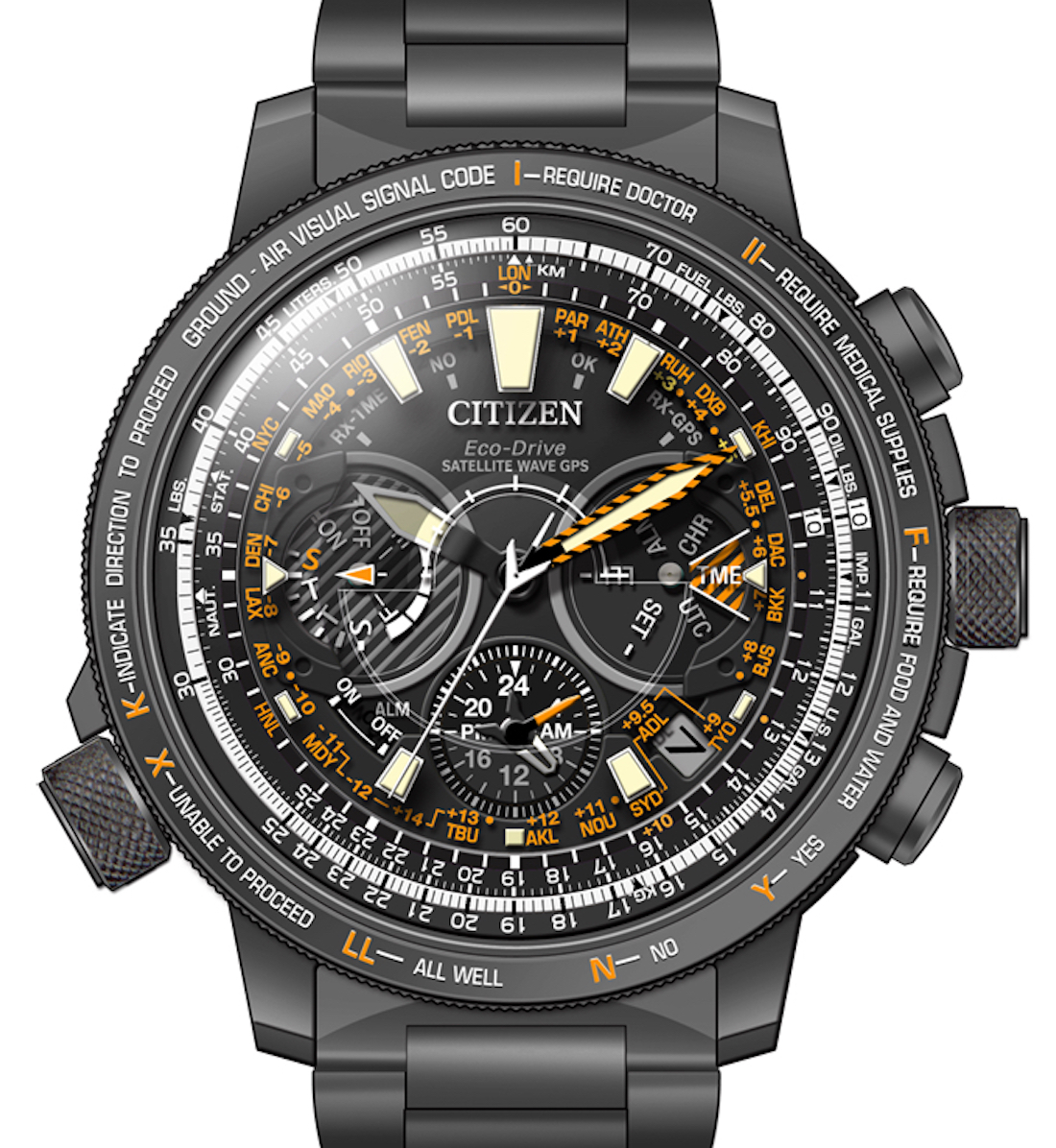 For those looking to take to the skies, the Eco-Drive Satellite Wave GPS Promaster 30th Anniversary Limited offers aviators everything from GPS-tracked world timing synced to an atomic clock to a guide to air-to-ground visual signaling engraved into the bezel, among a myriad of features. 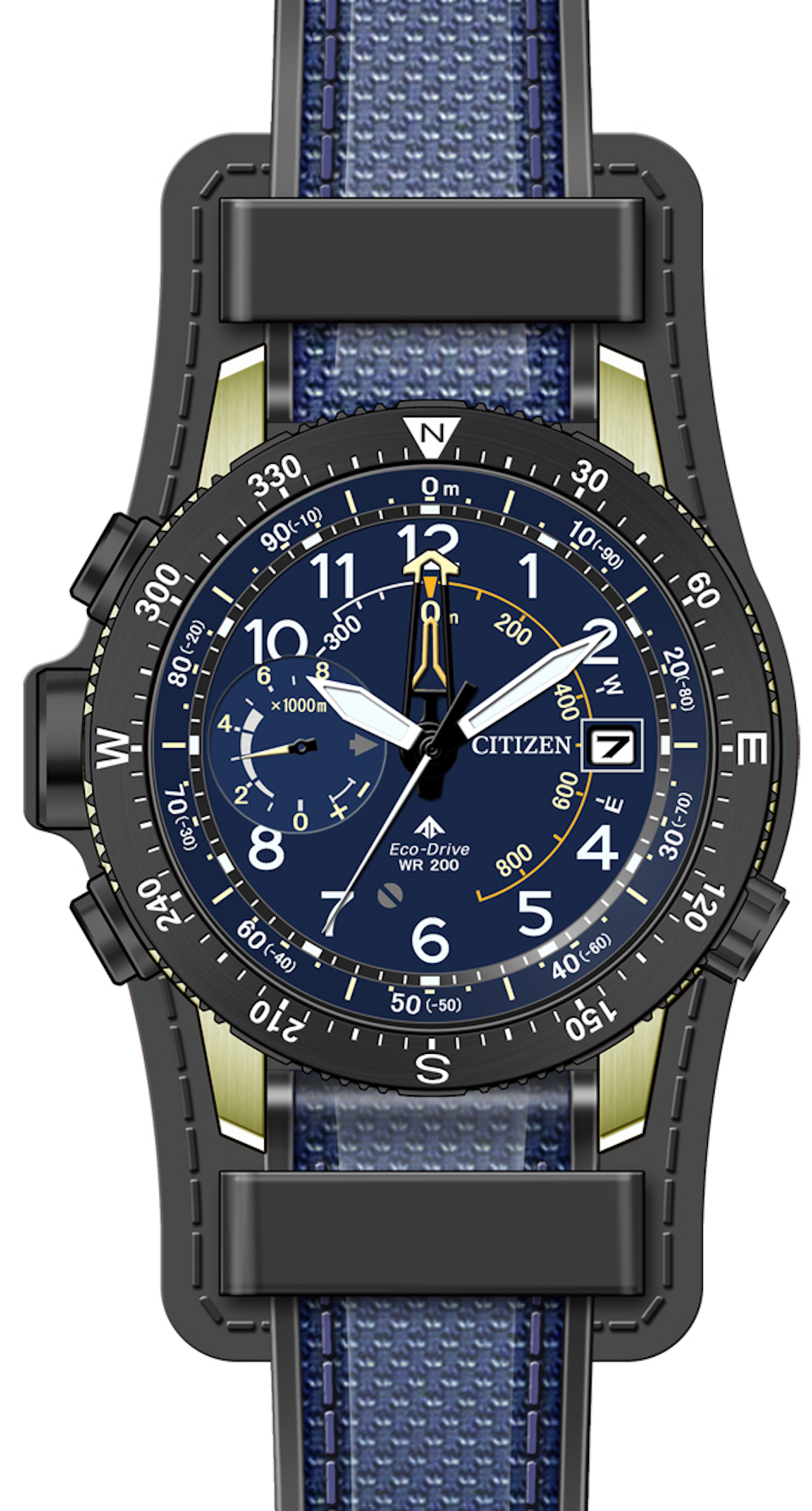 Carrying on the legacy of the original Promaster Altichron, the Eco-Drive Altichron Promaster 30th Anniversary Limited nearly doubles the range of the initial model with an analog altimeter calibrated from 300 meters below to 10,000 meters above sea level – enough range to go from the deepest canyons to the top of Mount Everest. Lastly, the Eco-Drive Aqualand 200m Promaster 30th Anniversary Limited also carries on the tradition of the onboard depth gauge, but with a commemorative gold-tone dive bezel.