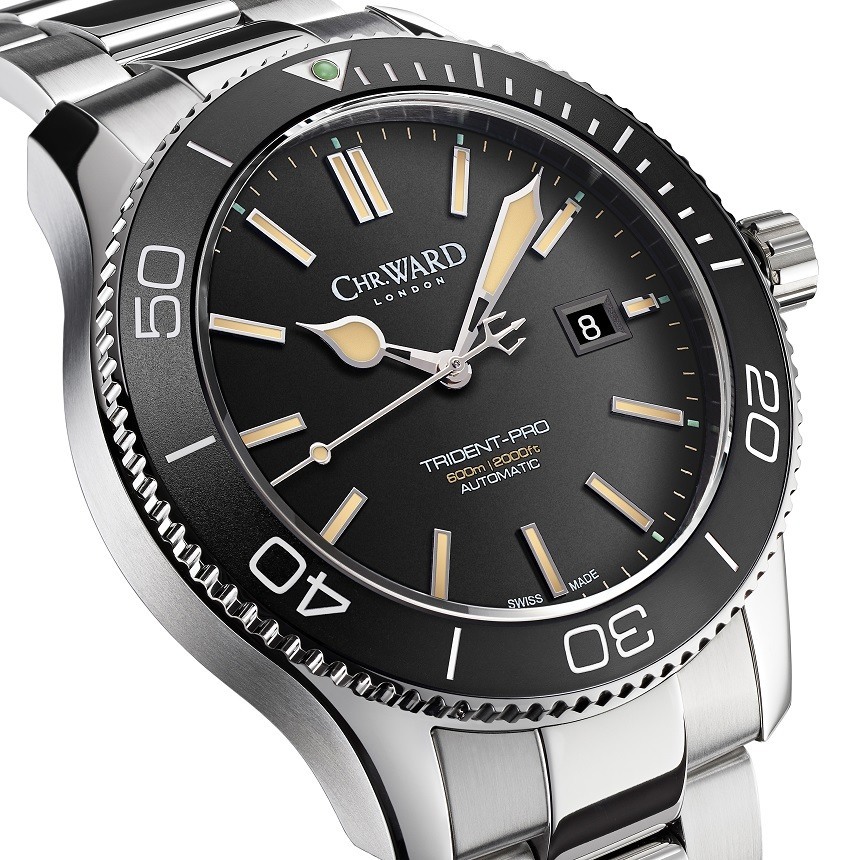 When I think of Christopher Ward watches, two words come to mind: derivative and value. For a long time, I couldn’t understand how a brand that so blatantly draws its design cues from classic watches stretching back through time could be gathering so much steam in its native UK and abroad. And then I spoke to a few Chr. Ward owners and started to understand the hype. The new Christopher Ward C60 Trident 600 Vintage continues the trend of popularly styled watches with all the trimmings, made with care and attention to quality components. Sounds like a winning combination to me. 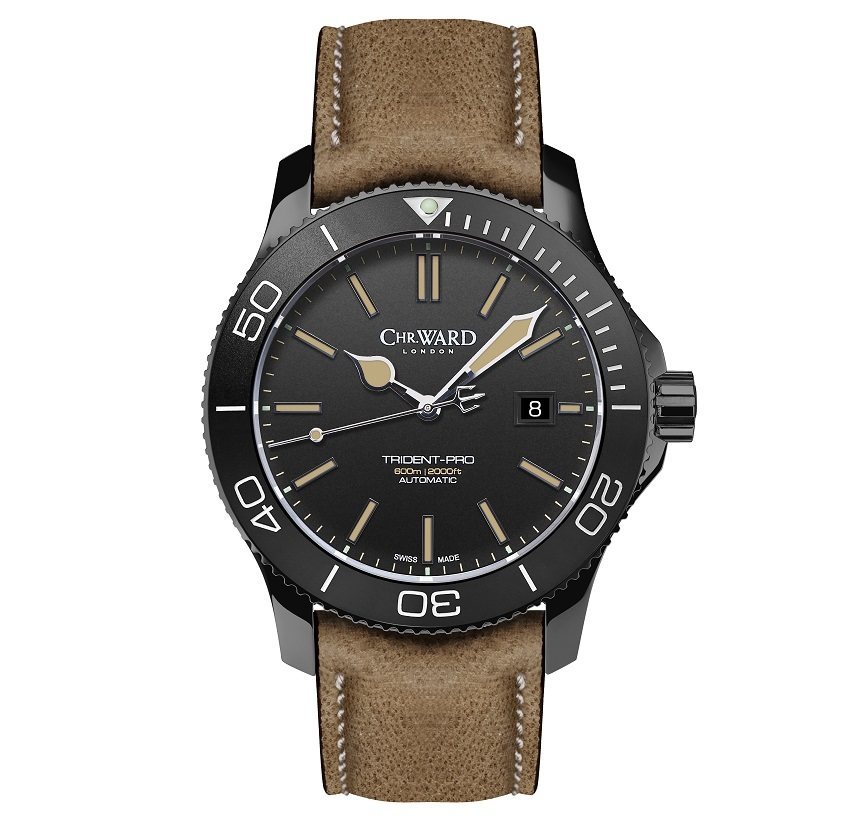 Personally, I’m never going to be all-in on a brand that doesn’t do something to push horology forwards or ask us new questions with the design of its wares, but I am a fan of quality, value, and traditionalism. It is arguable that Christoper Ward’s watches are more homages to classics that straight-up copies, which is a much more palatable way of looking at it. This is made even more savoury by the fact the new Chr. Ward watches contain a movement made by the Maidenhead-based watchmaker in collaboration with foreign experts. 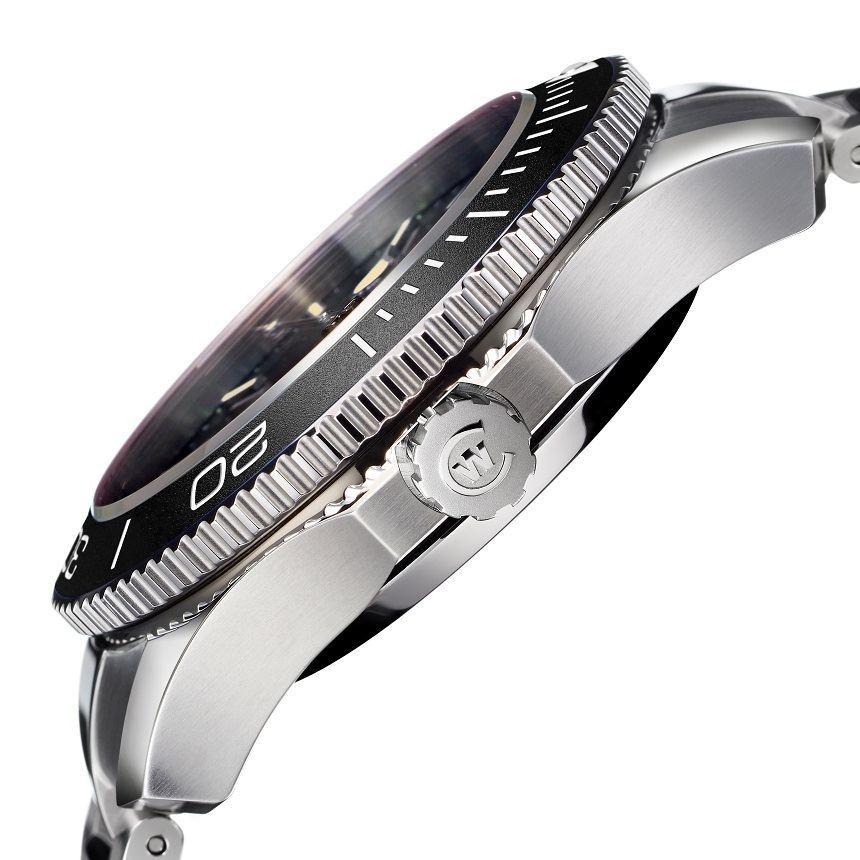 If I trawled through the whole catalogue (which is now impressively large), I doubt I could find a model I like more than the Christopher Ward C60 Trident 600 Vintage, which is essentially a budget version of the Omega Seamaster Spectre, and a damn good one at that. It is available with three strap combinations that all have their benefits (steel is clean, classy, and dressy; brown leather is rugged, vintage, and casual), but I can’t decide which I like the most. Ignoring the way in which the strap changes the overall mien of the watch, I looked closely at the watch head and face and saw a few things I liked. 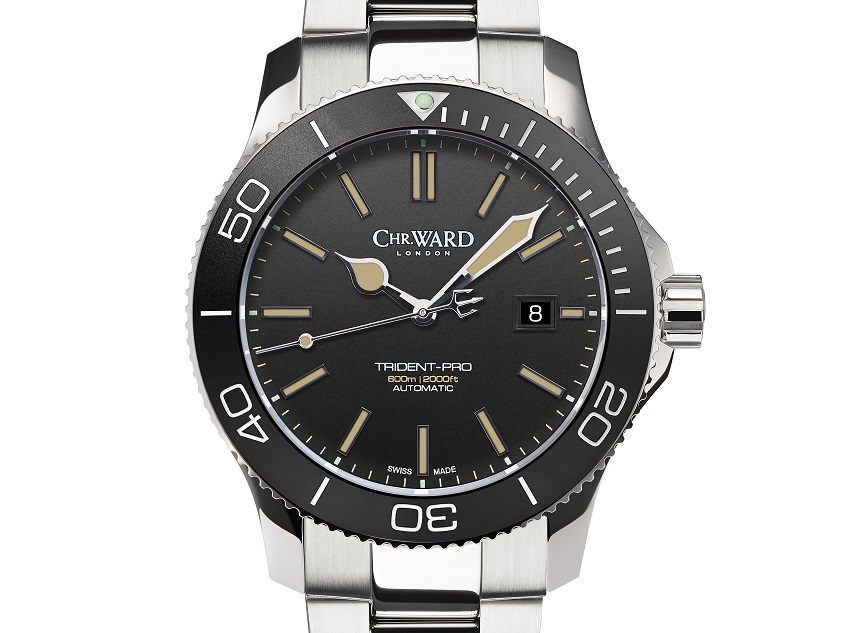 The standard Trident dial is clearly reminiscent of the old Omega Seamaster wave design. This was seriously popular over the last two decades, but has now been dropped in favour of a clean gloss look, which references the plainness of Omega’s vintage dials. Chr. Ward has followed suit with a black/brown theme, plain black dial and bezel, and vintage lume. The overall effect is incredibly pleasing to the eye, and arguably the most refined watch of his collection. Cleverly, Chr. Ward has timed the release of the Christopher Ward C60 Trident 600 Vintage to hit the market concurrently with Omega’s new vintage bond watch (hands-on here) designed especially for the release of the 007 Spectre film. Clinging to the coattails of the Zeitgeist as it flutters by, subconsciously pervading the minds of watch lovers the world over is a recipe for success. To maintain this level of popularity, Christopher Ward need only keep his finger on the pulse and continue to react quickly to shifts in fashion. 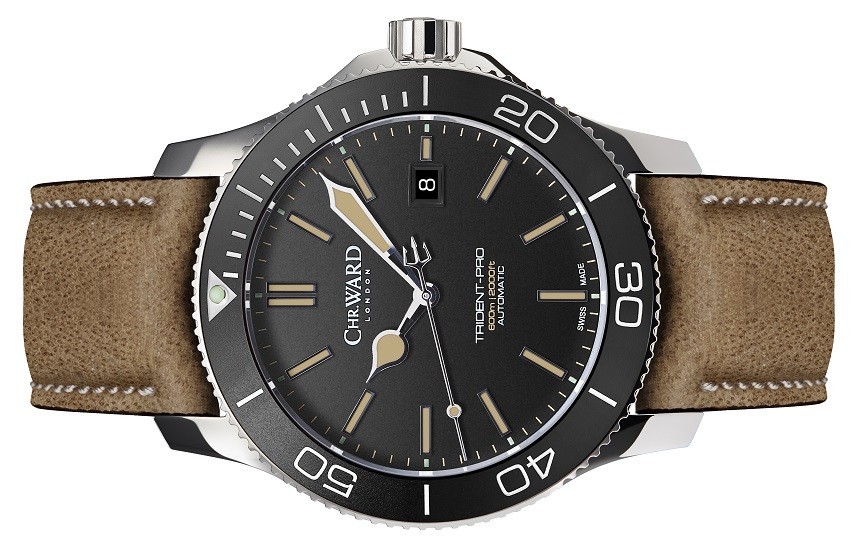 The Christopher Ward C60 Trident 600 Vintage watch case is made of 316L stainless steel, is available in two widths of either 38mm or 42mm, and is water resistant to 600m. It comes in a PVD-coated option too. The watch is available on an Italian leather strap or a bracelet (either steel or PVD, depending on the case). The dial is matte black with applied vintage lume markers with chromed borders. The case is polished and grained (an aesthetic quirk Chr. Ward freely admit to being a happy accident) and features curved lugs, which keep the watch in line with the wrist. The zirconia dioxide ceramic bezel insert is also matte as opposed to the high-gloss seen in the past. The ceramic is also slightly textured, which is as useful for grip as it is pleasing to the eye. The watch features the classic Chr. Ward Trident second hand, which is truly awesome. 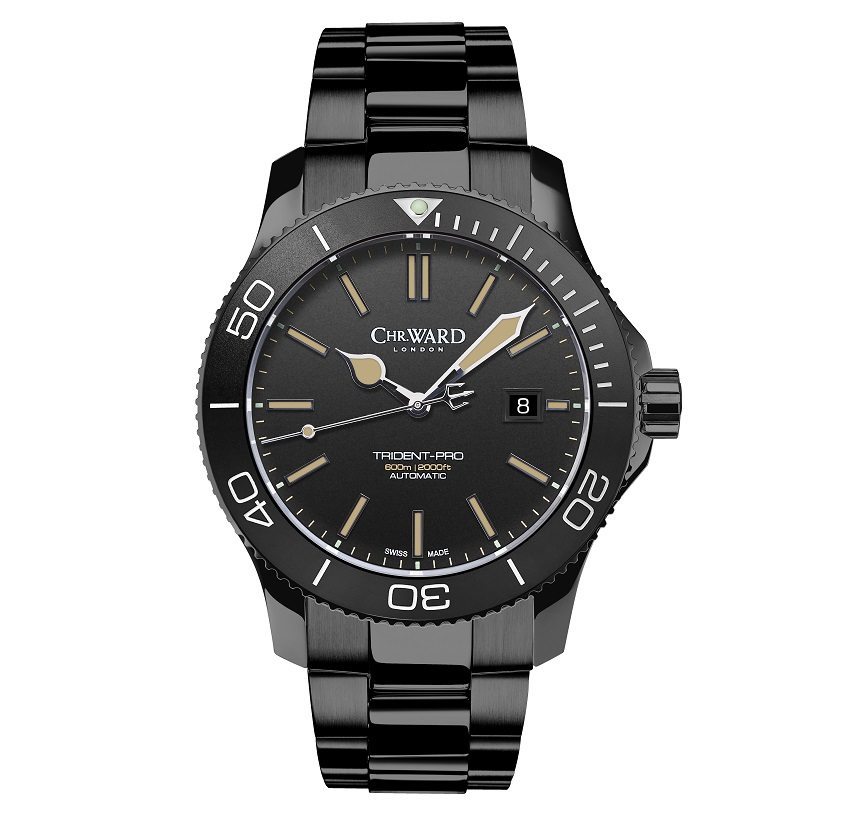 Technically speaking, the Christopher Ward C60 Trident 600 Vintage watch is reliable, but unremarkable. It features either a Selita 200-1 or an ETA 2824. Although the Selita movement is supposed to be a clone of the 2824, I would always take the ETA if given a choice. Despite the possibility of future parts supply issues, the ETA 2824 is a solid movement capable of timekeeping performance comparable to COSC certificated watches. The in-house standards of Chr. Ward are significantly lower than that (+20/-20 seconds per day), but this is likely just to cover themselves from finicky customers complaining that their watch is running 0.1spd outside of chronometer tolerance.

In reality, it is likely Christopher Ward time all their watches to a much tighter tolerance than their technical information suggests as their hardware is more than capable of achieving a much higher standard than stated. This is good news. Just because their timekeeping tolerance is wider than some brands who use the same movement, it is still the same movement. Again, quality at a very reasonable price. The movement has a power reserve of 38 hours. 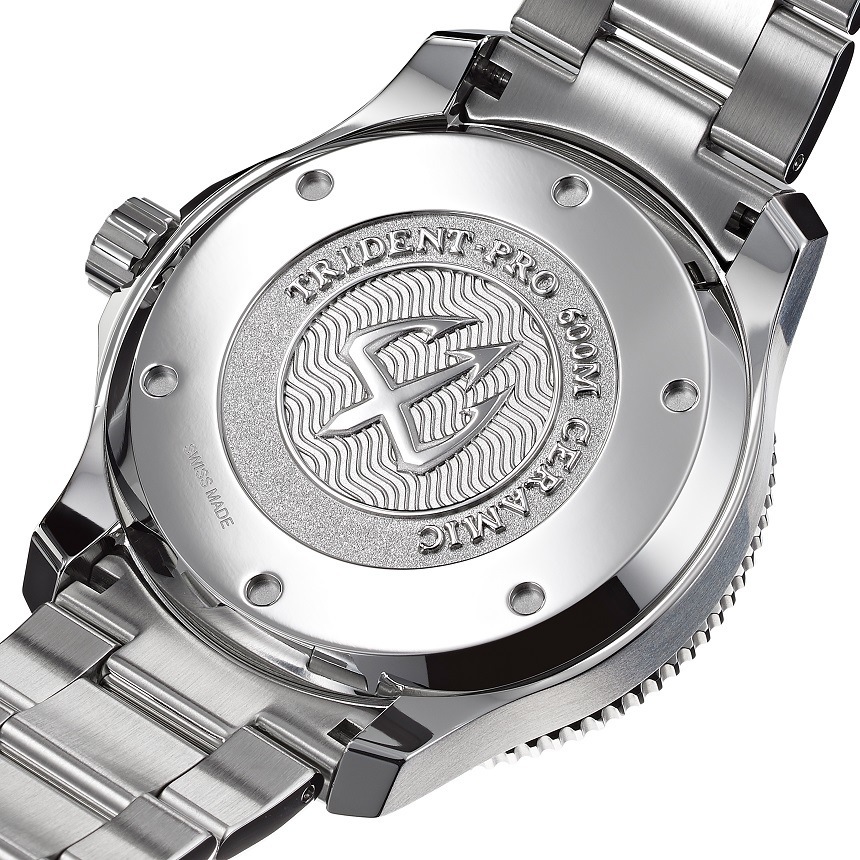 I particularly like the screw-down crown featuring the CW logo. It’s a small touch, but a nice bit of branding and a well-executed design. It is crisp and clear and looks like an old ebauche logo, which makes me feel warm and fuzzy on the inside. The dial is protected by a 3.4mm thick anti-reflective sapphire crystal, while the movement is kept safe from the elements by a very deeply stamped, screw-down case back of which I am a huge fan.