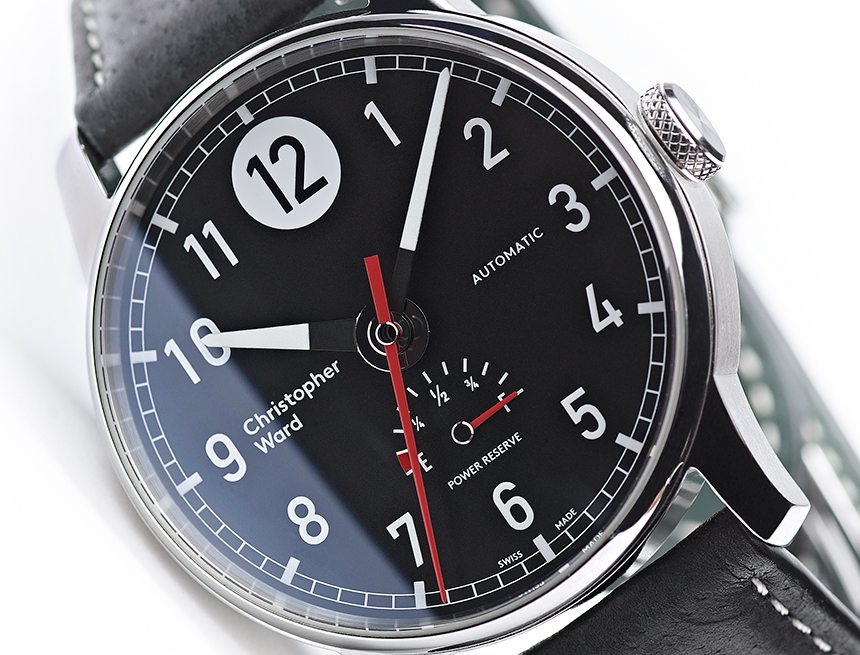 Just announced, here is an opportunity to get a piece – literally – of Jaguar-cool and motorsports history for your wrist-wearing, time-telling pleasure. The limited-edition Christopher Ward C9 D-Type watch goes all out to celebrate the Jaguar D-Type cars that won the Le Mans race in 1955, 1956, and 1957. And Christopher Ward has even sourced metal from said cars to use in the watch’s construction – all sounds very English, no? 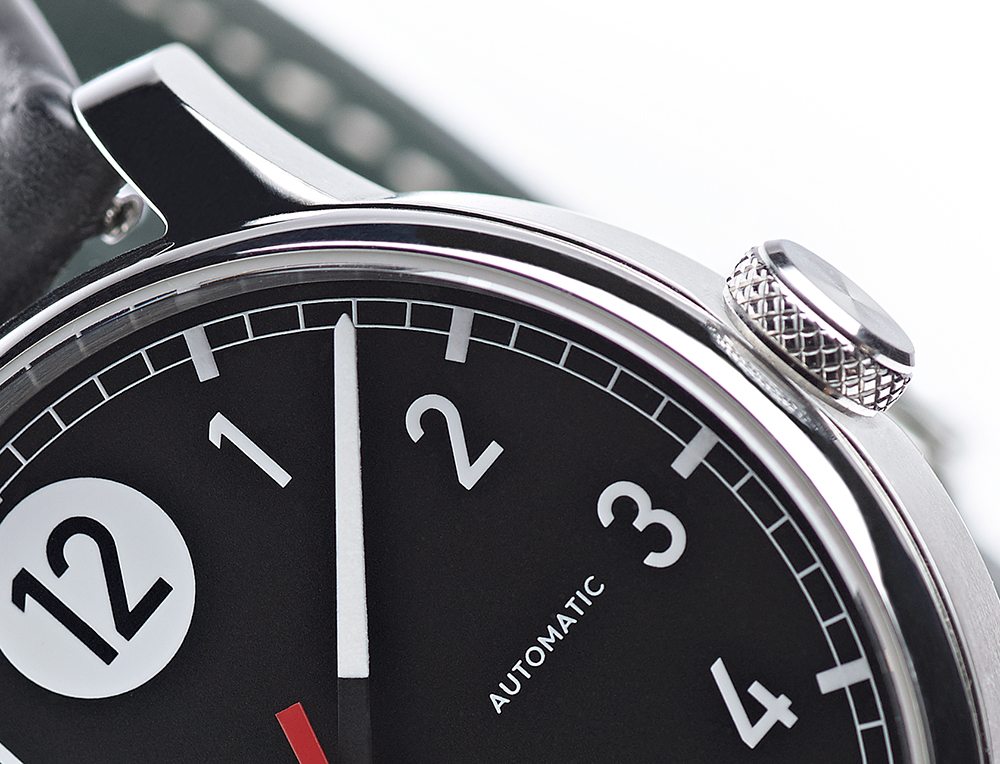 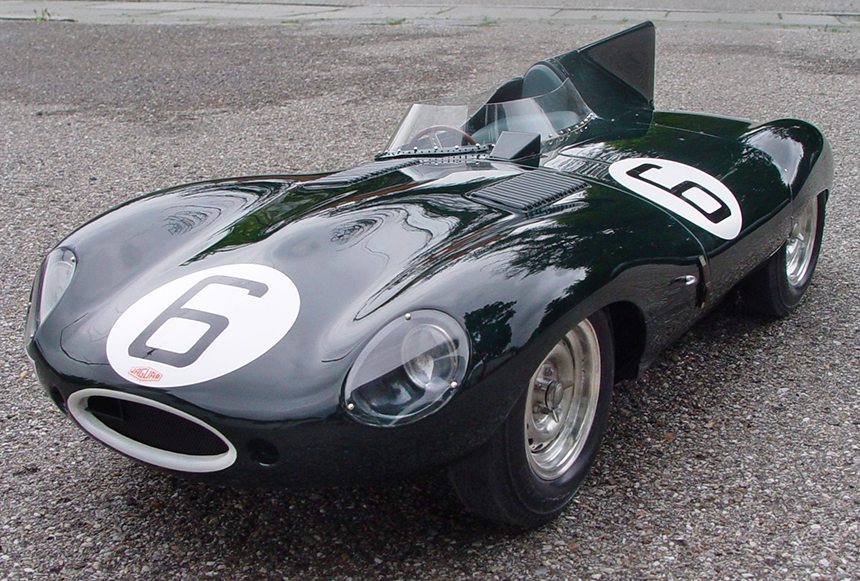 The Christopher Ward C9 D-Type watch is chock-full of design inspiration and other references to excite vintage racing fans, and yet looks relatively restrained. The dial design is based on the Jaguar D-Type’s speedometer, with the circled 12 o’clock marker very much evoking numbers painted on the Le Mans cars – though I believe Mike Hawthorn was driving #6 to win Le Mans in 1955, it makes sense here for 12 o’clock to be highlighted. We’ll come back to what part of the car is used in what part of the watch in a moment… 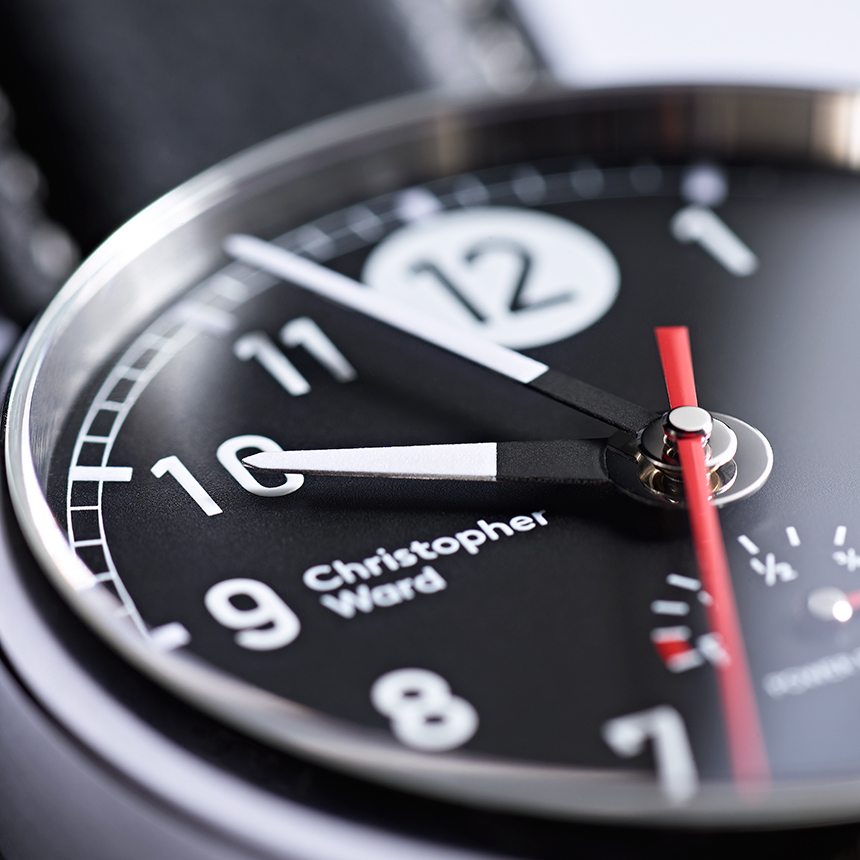 Christopher Ward is another value-focused brand that has been showing a lot of industrious dynamism. Notice the updated logo on the dial that we discussed in of our coverage of Christopher Ward’s recent rebranding. The Christopher Ward C9 D-Type is sportier than most C9 watches that fall on the dressier side, while Motorsport timepieces seem to be mostly represented in the brand’s C7 range. It seems like this fills the vintage racing gap for the brand that includes an array of watch genres for just about every taste. 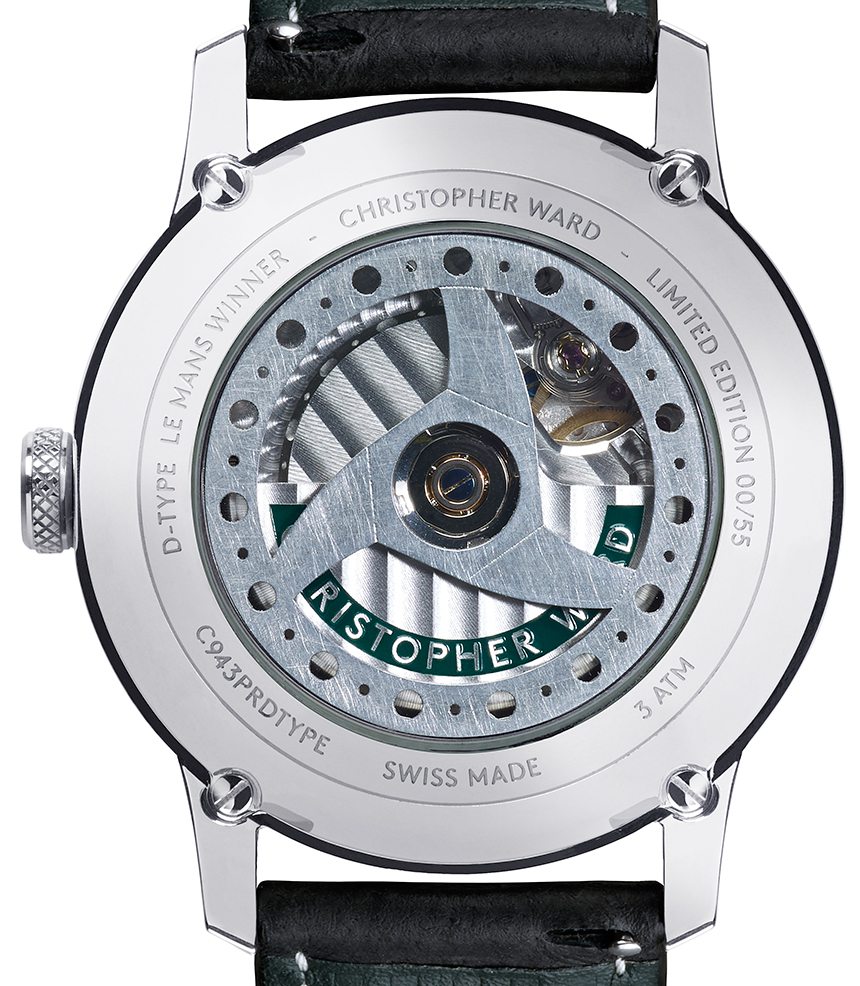 While Christopher Ward has, notably, produced its own in-house movement debuted in the C9 Harrison (reviewed here), this particular watch is “Swiss-Made, British Designed.” Inside the Christopher Ward C9 D-Type’s 43mm-wide, 30m-water-resistant, polished steel case is the Swiss ETA Valgranges A07.161 automatic movement that runs at 4Hz (28,800bph) with a 46-hour power reserve – and it’s kind of interesting to see as a less common ETA movement.

Along with the A07.161 comes a power reserve indicator designed to look, very fittingly, like a fuel gauge. I like a power reserve on just about any watch, and I like the way this one looks. While the A07.161 offers the date (in addition to three-hand time-telling, of course), Christopher Ward has chosen to omit a date display, which many of our readers will surely appreciate. 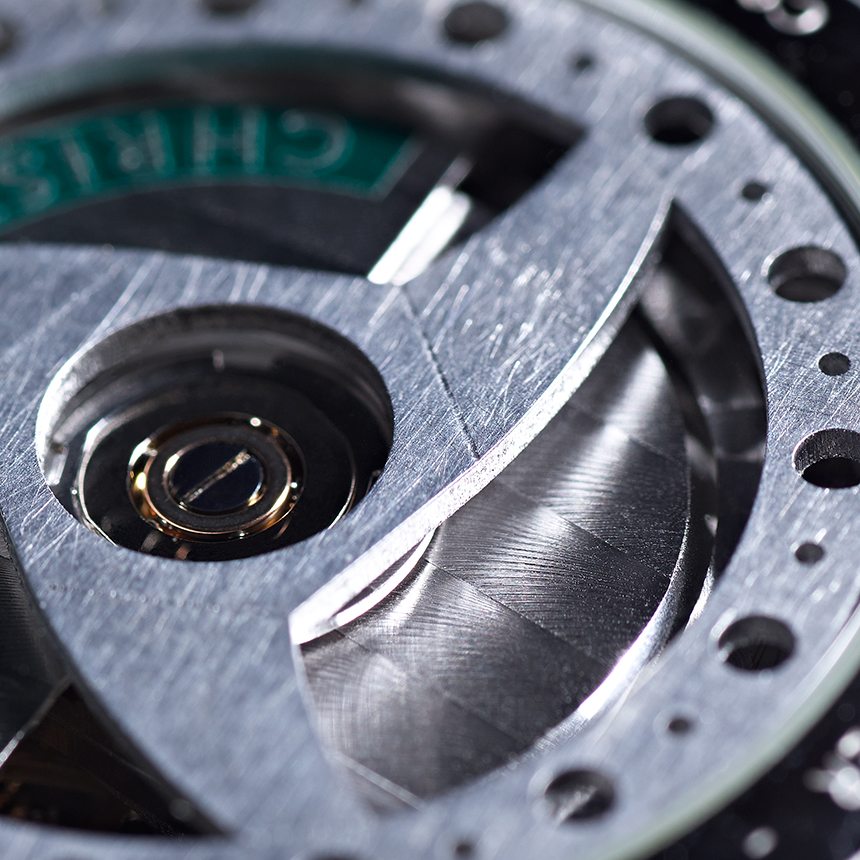 Ok, without trying to be snarky, it’s easy to be reminded of, say, also-English Bremont’s E-Type and other Jaguar partnership watches, as well as Bremont’s various projects that have involved procuring and incorporating some historical item into limited-edition watches. Not that this is at all uncommon in the watch industry, nor a specifically British tendency. But at a fraction of the price, the Christopher Ward C9 D-Type may be tempting for those attracted to Bremont’s pieces produced in collaboration with Jaguar but can’t or won’t justify the higher price point. 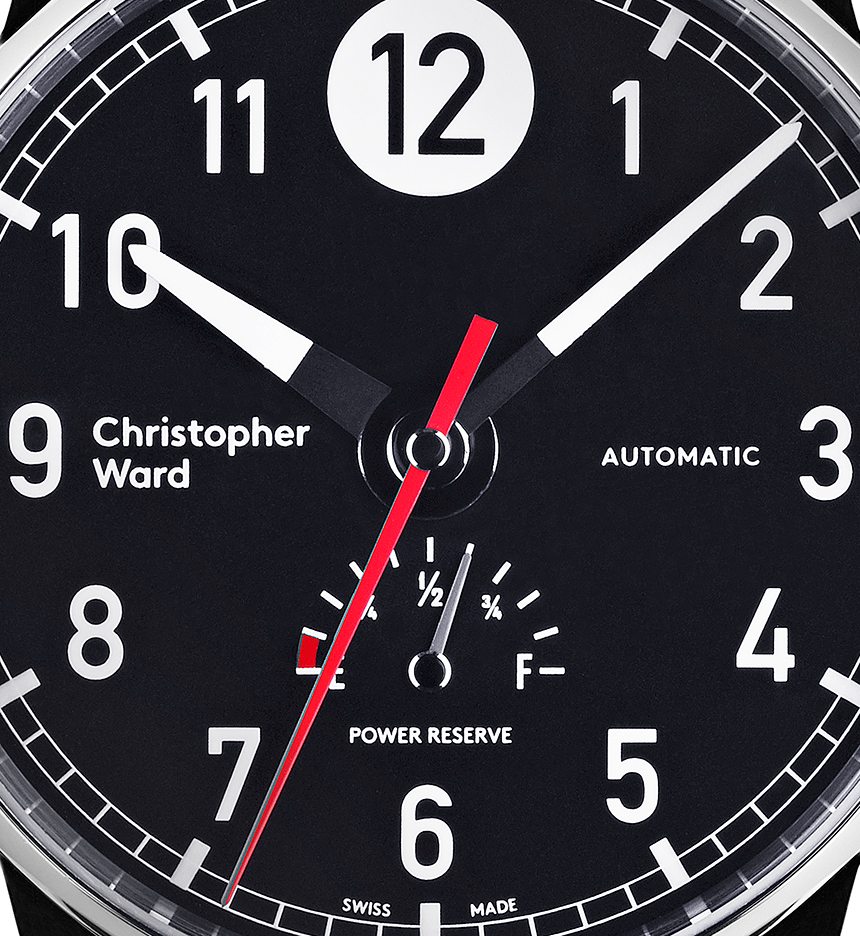 Many of the weird things (like, for example, Napoleon Bonaparte’s hair or metal from the Titanic) that have found their way into watches are often not actually visible, and we just have to take the brand’s word for it that it’s mixed into the metal somewhere. For the Christopher Ward C9 D-Type watch, on the other hand, a piece of the car’s 3.4L piston (sourced with the assistance of metal specialists TMB Art Metal) has been laser-cut into the shape of a D-Type’s wheel alloy – which you can see through the display caseback over the movement. The shade of green used on the rotor’s logo is meant to match the color of the 1955 winning car. 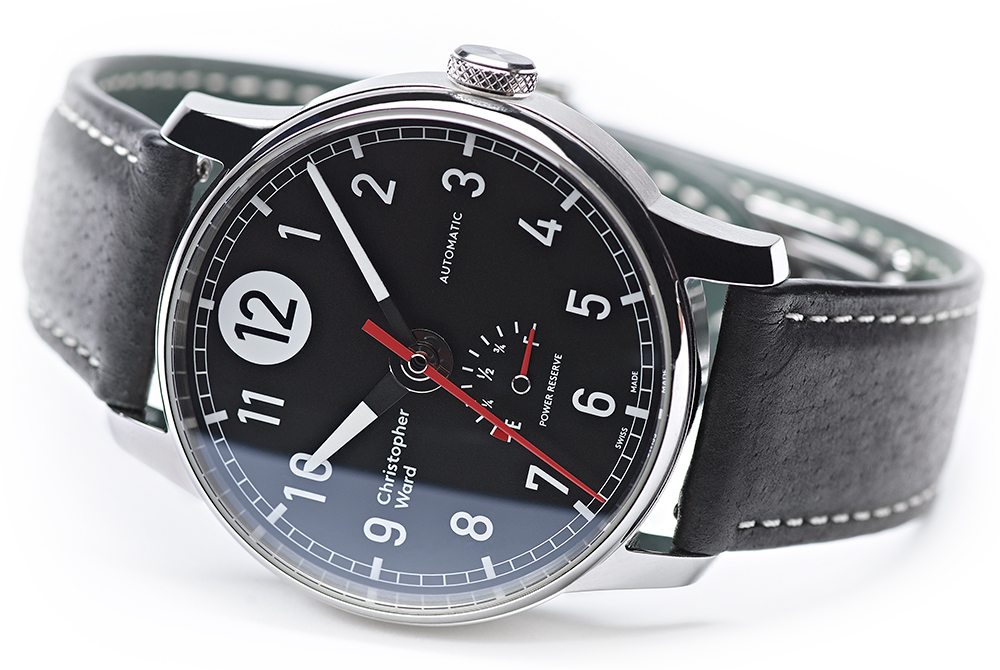