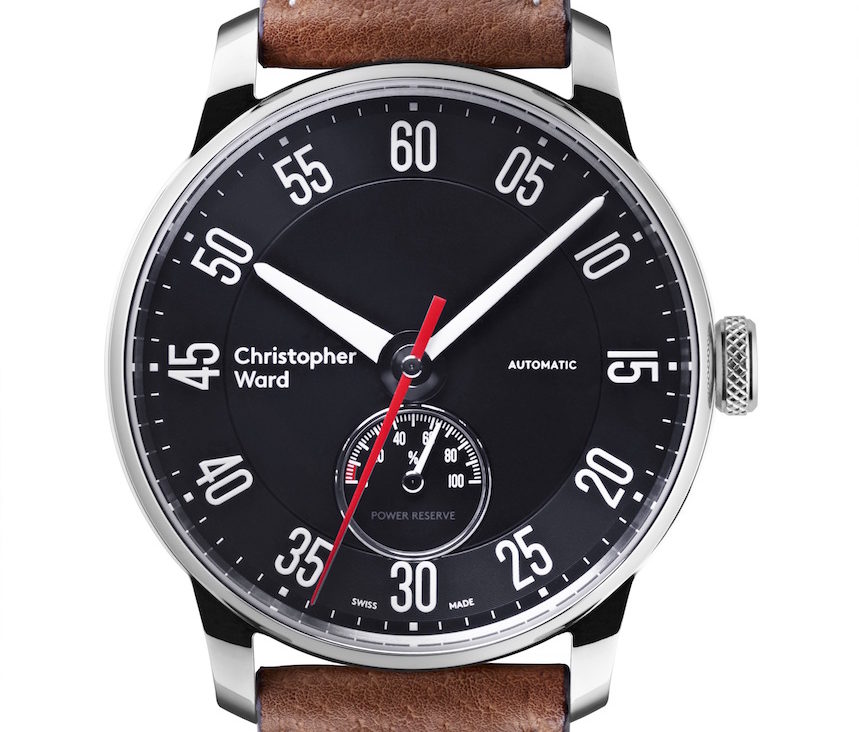 With the release of the Christopher Ward C9 DB4 ‘1 VEV’, we see a piece the brand claims “pays homage” to one of the most iconic and beloved designs in all of British motoring history, the Aston Martin DB4 GT Zagato. As true fans of the car’s history know, this is a tall order for any watch manufacturer to undertake. Does it achieve any of the legendary design status of the DB4? Let us take a look at what Christopher Ward cooked up for us to find out.

In what seems like a never-ending stream of automobile and watch manufacturer partnerships, there are some products that truly wow and some that just skim by under the radar for most aficionados. Oftentimes, car companies hold more leverage in the transaction and there are plenty of watch companies that attempt to grab onto the prestige if only to heighten their own public perception. Either way, when two design philosophies can create something in harmony that pleases fans of both, then can be a thing of beauty. At worst, it is a forced affiliation and nobody really comes out any better for it. In the case of the Christopher Ward C9 DB4 ‘1 VEV’ watch, we are talking about more of a watchmaker’s “tribute” to an well-known car than an actual partnership between brands. 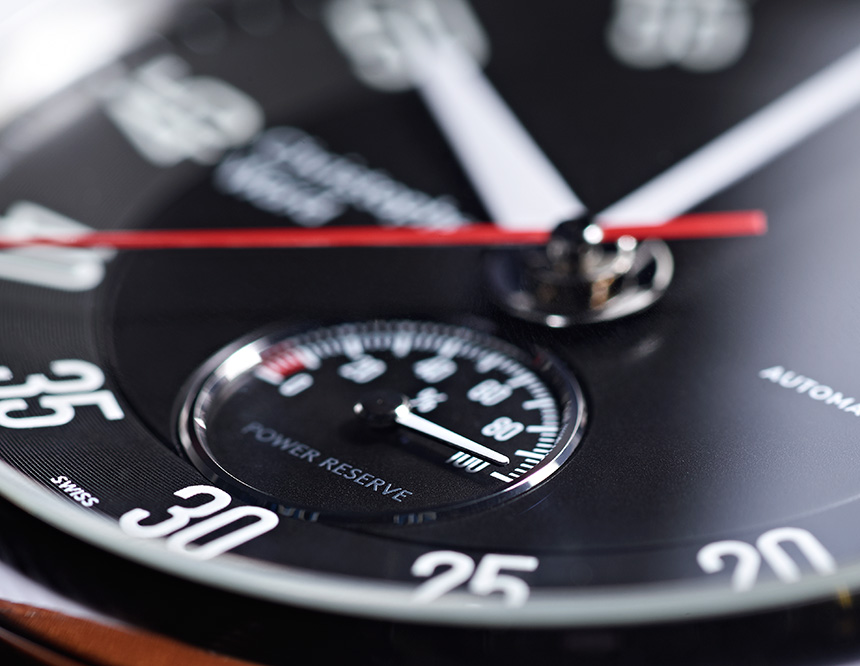 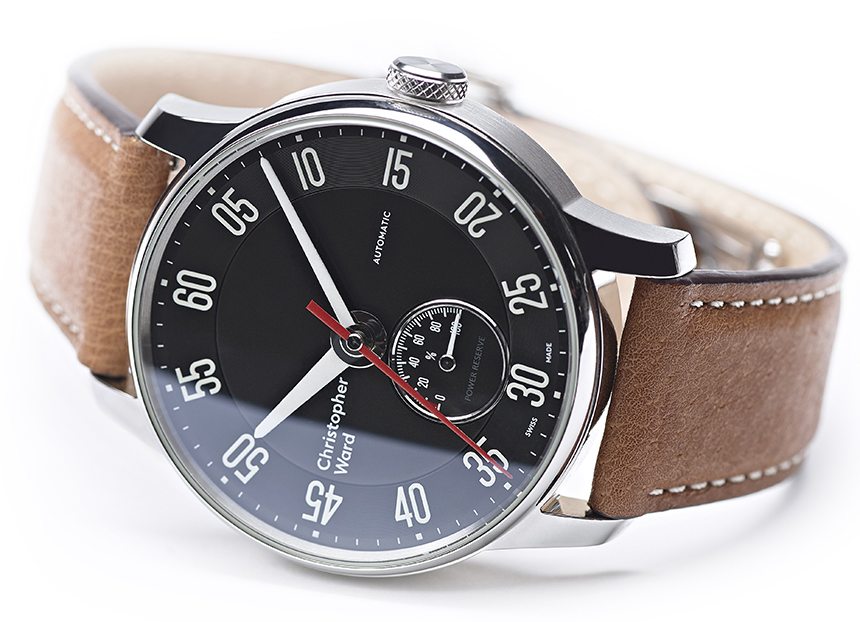 Christopher Ward says that the inspiration for the Christopher Ward C9 DB4 1 VEV originates with the 1961 Aston Martin Zagato raced at Goodwood by Roy Salvadori, and as a result, each of the 19 watches in this limited run contain a piece of the original aluminum body which is on display through the sapphire crystal on the back in the shape of a steering wheel. The case itself is 43mm wide in stainless steel with a matte-black dial meant to resemble the speedometer of the famed “1 VEV.” Each piece also features a “1 VEV” license plate engraving on the back along with an engine number to add to the auto-theme.

Even though Christopher Ward debuted their own in-house movement in 2012, here they chose to include the automatic ETA Valgranges A07.161. Offering a 46-hour power reserve, there is also a power reserve indicator located at 6 o’clock as well. The rotor itself has been made into an “Aston Martin green” with Côtes de Genève, and the sapphire crystals have been AR-treated. 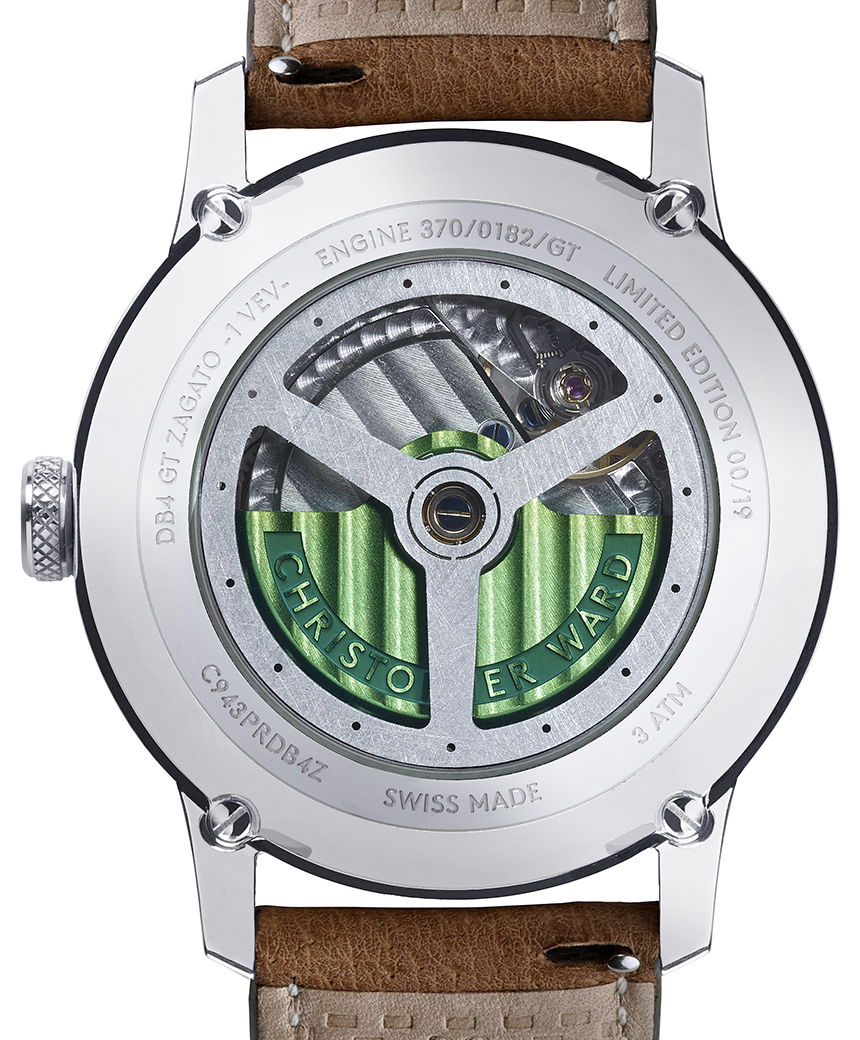 Aston Martin enthusiasts and even current owners may have little reason to pay any mind to this piece and that kind of makes sense in this situation. This watch feels more geared towards the fan that hopes to one day own an Aston Martin and sees value and pleasure in the option to carry a little bit of auto history with them until they finally sit in the seat of their own Zagato. Meant to compete with the Ferrari 250 GT, the DB4 Zagato was a beautiful amalgamation of Aston Martin-styling with the flair of newcomer Ercole Spada’s now distinctive lines, and the product made for quite a lasting impression. When you look at the Christopher Ward C9 DB4 ‘1 VEV’ you might not immediately think Aston Martin, but you can at least understand that someone was looking at the Zagato speedometer when they drew up the design. After all, it isn’t unusual for brands to base their automotive tie-ins on dashboard components alone, so I can see where some may feel a little underwhelmed. 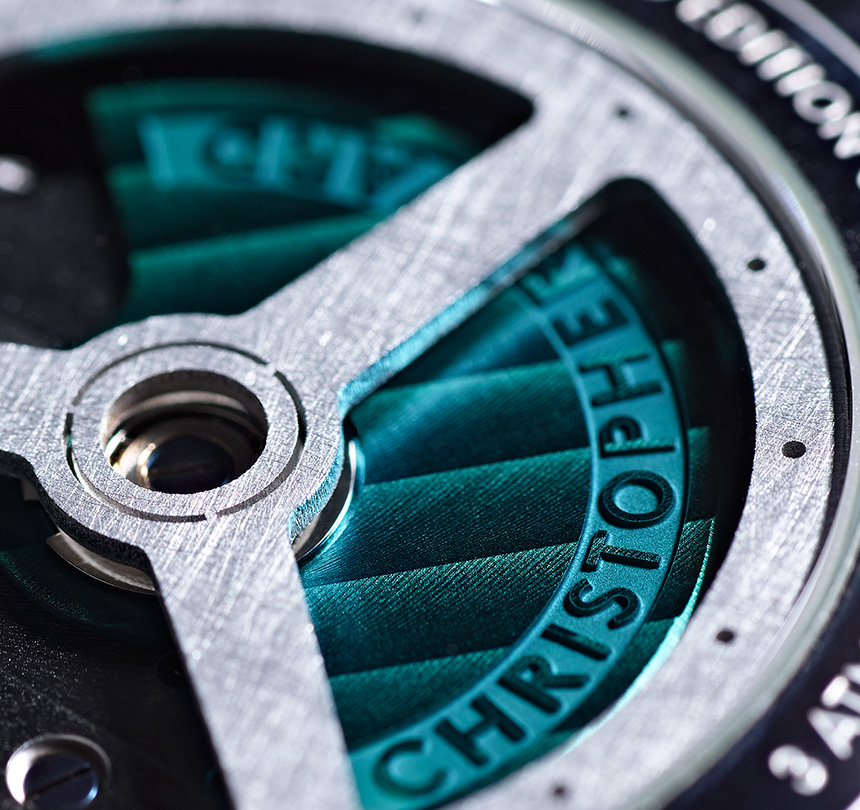 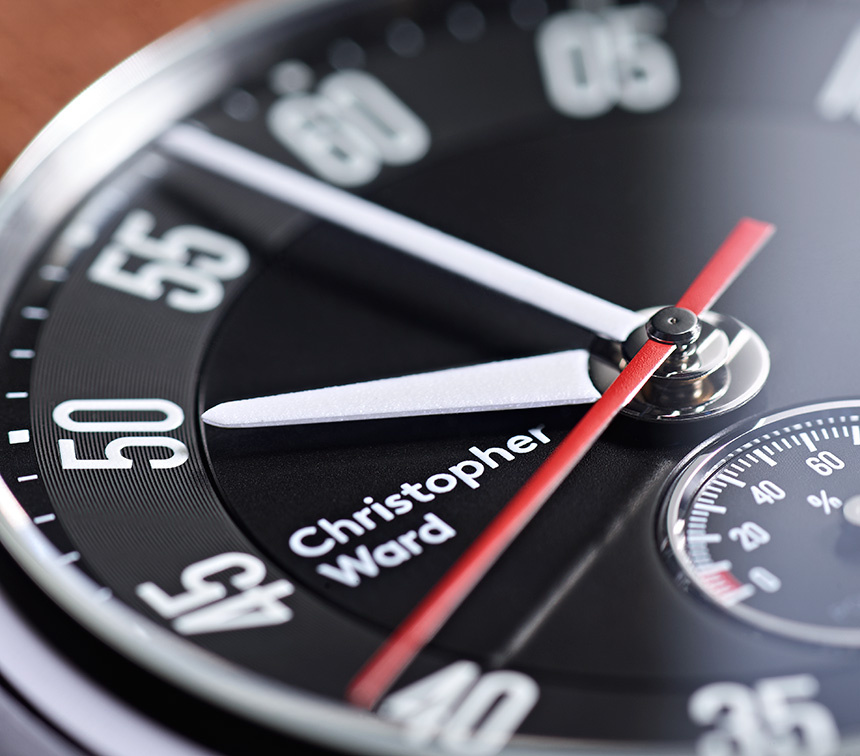 At the end of the day, though, Christoper Ward is attempting to split the difference between becoming a value brand while still offering higher-priced pieces with some cultural attache thrown into the mix. I admit that the pairing here surprised me a little, but fans also need to realize pieces like this are obviously highly subjective and it’s hard to please two separate camps. Christopher Ward has already sold out of pre-orders, so this piece must have struck some chord within the market. The Bremont Jaguar Mk1 is an example of two brands coming together to create value not just for fans of each of their respective products but as a whole. At the very least, with the Christopher Ward C9 DB4 ‘1 VEV’ you get a tiny keepsake from what is possibly your dream car, and until you are actually behind the wheel that might be just enough to tide you over. Nothing wrong with that. Happy driving.

The Christopher Ward C9 DB4 ‘1 VEV’ Watch comes paired with a smooth Percari camel-leather strap and like the original DB4s, is limited to a 19-piece run. Pricing is US$5,330. christopherward.com