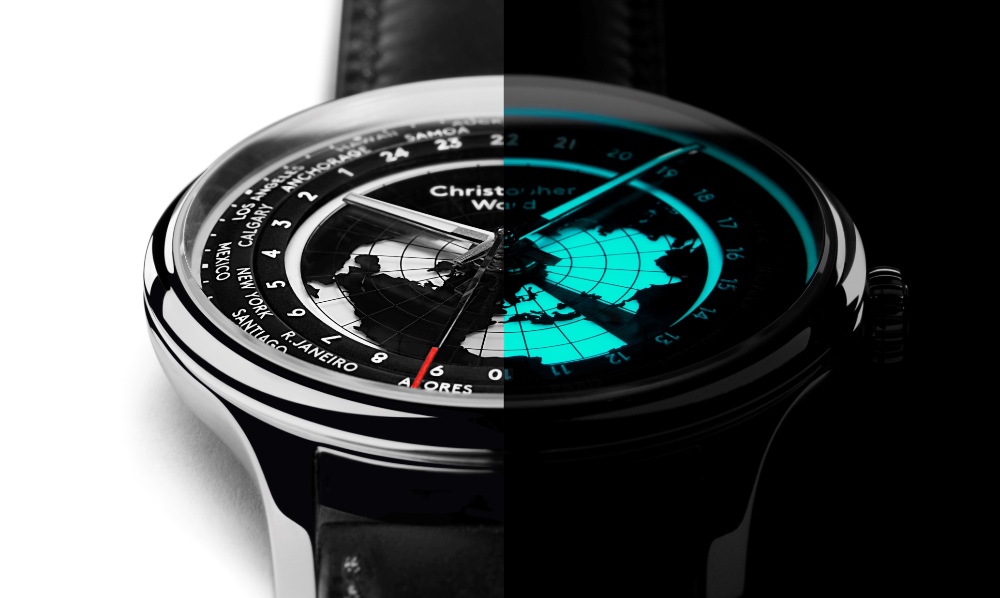 Someone more eloquent than me will be able to explain why it is that we are drawn to watches with strong lume. Is it because of the added practicality of being able to tell the time when the sun goes down? Perhaps it’s because we just like things that glow in the dark. Regardless, Christopher Ward has taken its popular C1 Worldtimer watch and added a whole lot of lume to create the new C1 Worldglow that you see right here. 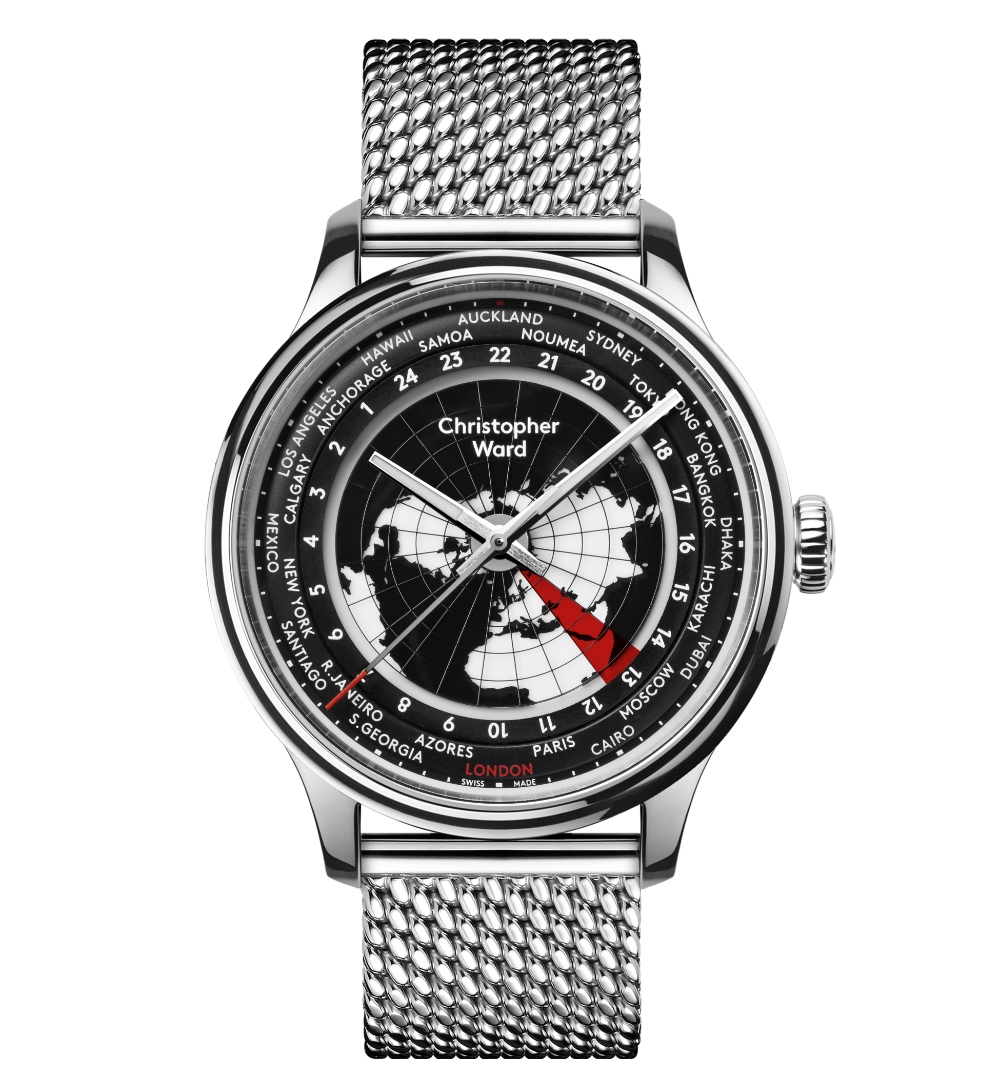 The main ingredients of the C1 Worldglow are identical to the C1 Worldtimer. This means you have a 43.5mm stainless steel light-catcher case that features multiple finishes and sweeping lines designed to reflect light and sparkle. It’s just 11.5mm-thick, so it shouldn’t be too bulky. Unfortunately, water resistance is just 30 meters, so I won’t want to bring it near liquids. The C1 Worldglow has a see-through sapphire caseback that allows owners to admire the movement within, which I will expound on later. 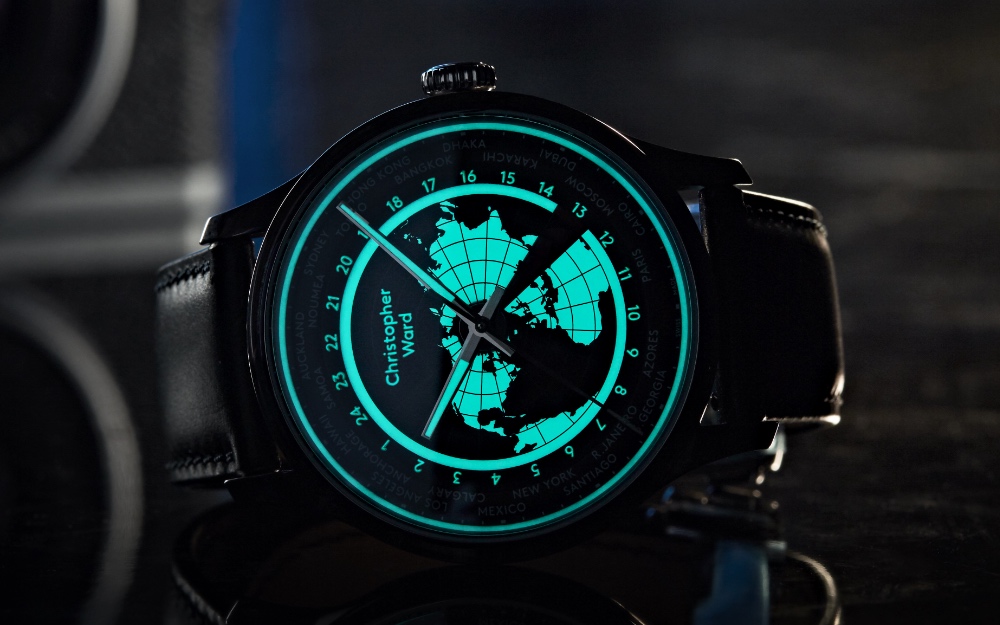 The dial sits underneath a domed sapphire crystal, and it is mostly monochrome (save for the red “radar” marker). The elements of the dial are the same. You have a ring of cities on the outer perimeter of the dial. London is in red because that’s the timezone Christopher Ward is based in. Moving inward, you have a 24-hour ring, the red “radar” marker, and an image of the northern hemisphere. One notable change is the position of the logo. Like most of Christopher Ward’s more recent releases, the logo is now at 12 o’clock. 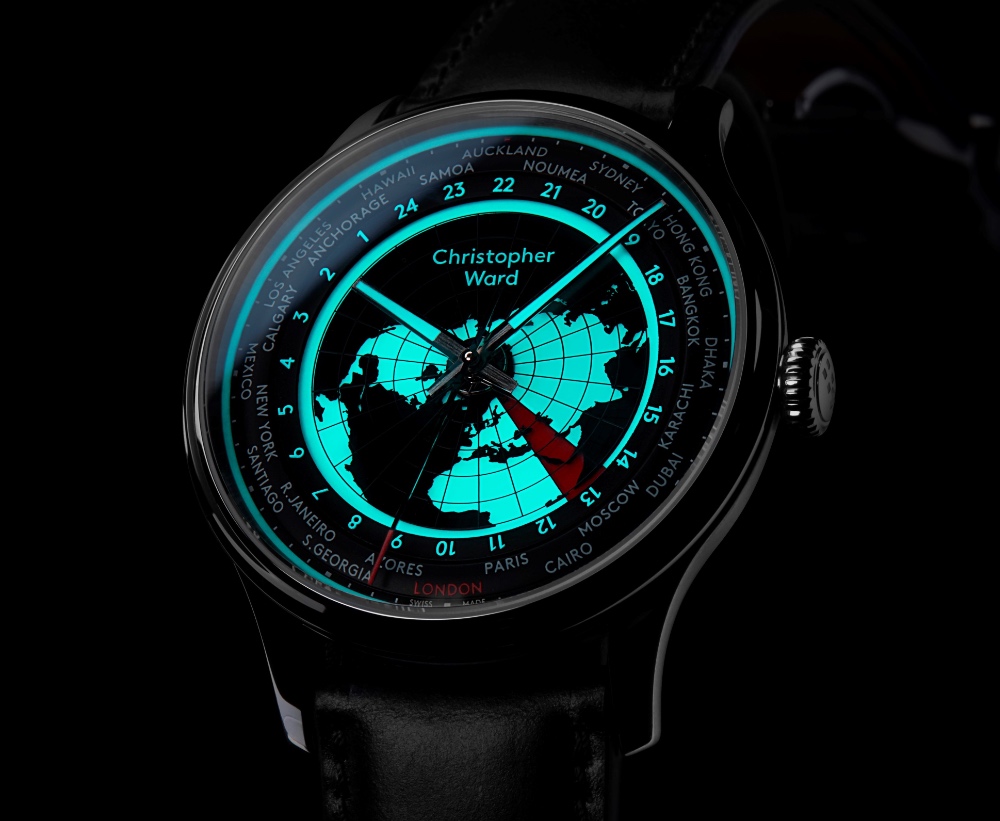 What’s unique to the C1 Worldglow is the generous application of luminescent material across the various dial components. Apart from the hands, the 24-hour ring, 24-hour markers, and the landmasses of the map of the northern hemisphere are all coated with ample Super-LumiNova SLN C1 X1 BL lume. In the dark, the results look stunning.

Functionally, the C1 Worldglow achieves the purpose of a GMT and worldtimer watch. With the 24-hour and city rings, you can easily tell the time in 24 cities around the world. The red “radar” marker stays fixed so that you can very quickly and easily read the time in your target timezone. 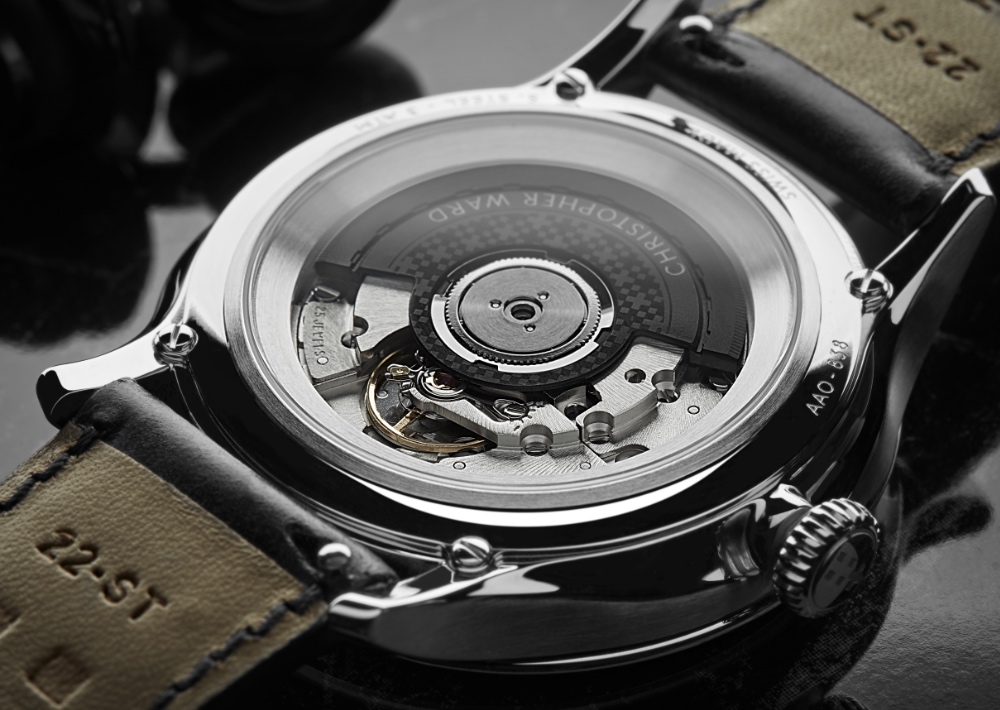 All of this is made possible by the in-house worldtime complication module designed by Johannes Jahnke, Christopher Ward’s master watchmaker. This module goes on top of the tried-and-tested ETA 2893, a popular choice for brands offering affordable GMT watches. You get a 4Hz beat rate and a 42-hour power reserve. Christopher Ward also regulates its movement to run within +/- 20 seconds per day.

The movement is visible through a sapphire caseback, but there really isn’t much to admire. The only visual change is the rotor, which Christopher Ward has customized with a black DLC coating and engraved with the brand’s twin flag motif. 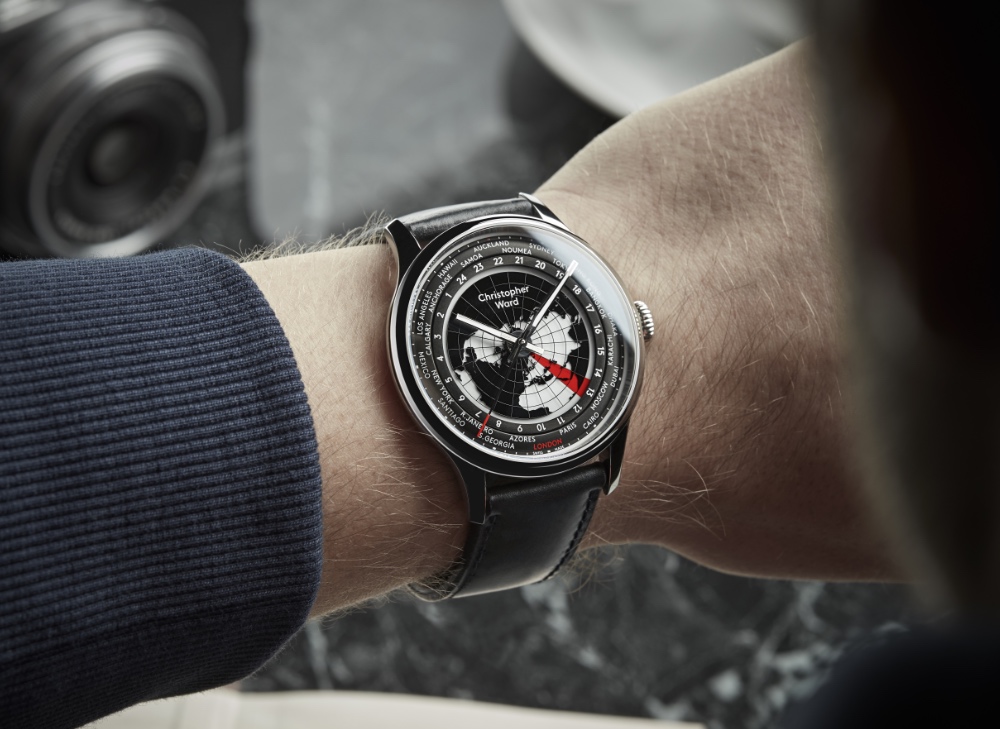 I like the monochromatic colorway of the new C1 Worldglow, and I think readers who prefer a more understated watch will also favor it over the original C1 Worldtimer and its bright blue and orange accents. I don’t think anyone can complain about its functionality, either. It may not be a true GMT, but it offers a lot of utility for the price. It’s going to be handy for travelers, or anyone who has to work with people from around the world. The Christopher Ward C1 Worldglow is available for £1,750 with a black cordovan leather strap with a deployant clasp or £1,800 on a mesh bracelet. For more information, visit christopherward.com.