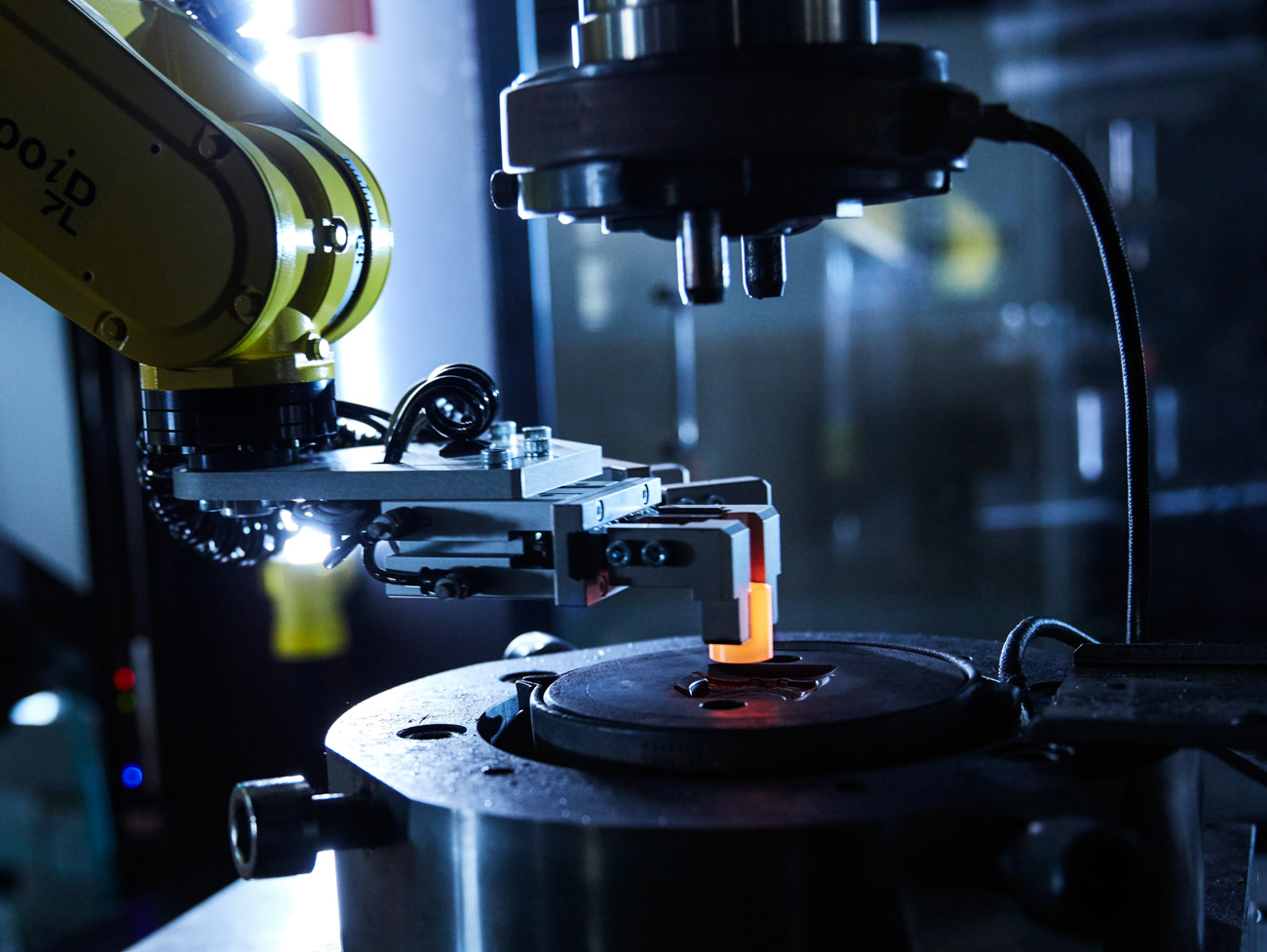 In 1970, just one year after NASA’s Apollo 11 mission to the moon, Citizen watches of Japan introduced the world’s first consumer wristwatch produced from titanium. Since then, the renowned timepiece and instrument maker has been an innovator in the field of not only designing robust and lightweight titanium metal watches but also in the manufacture and production of precision titanium components.

As Citizen celebrates 50 years of producing titanium timepieces, the conglomerated company also suggests that its Super Titanium material has urgent applications in industries outside of wristwatches — namely private rocket and space shuttle companies. (More on Citizen’s space aspirations below.) First, a brief look at highlights along the chronology of Citizen’s long investment into the study and improvement of titanium wrist watch technology. 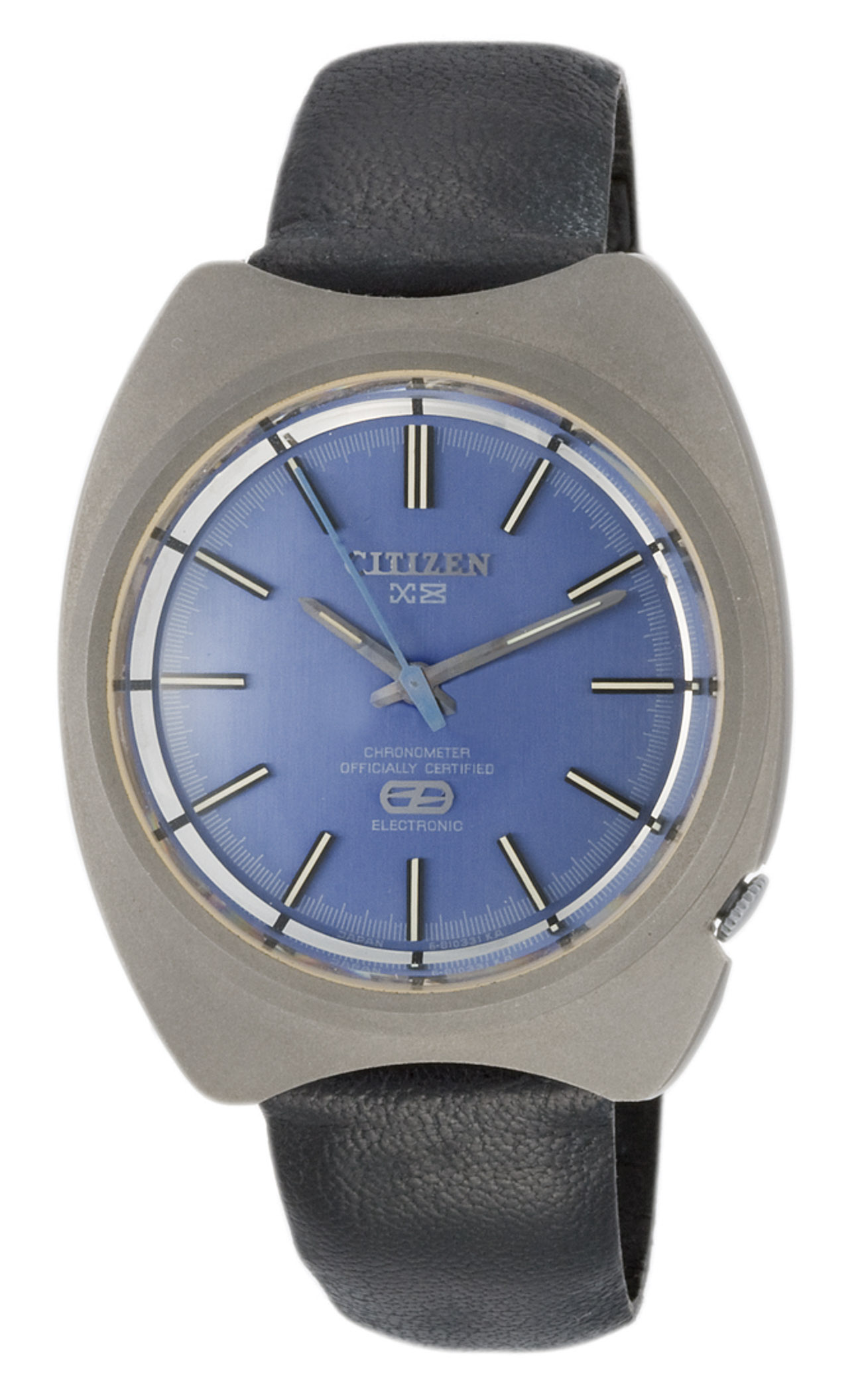 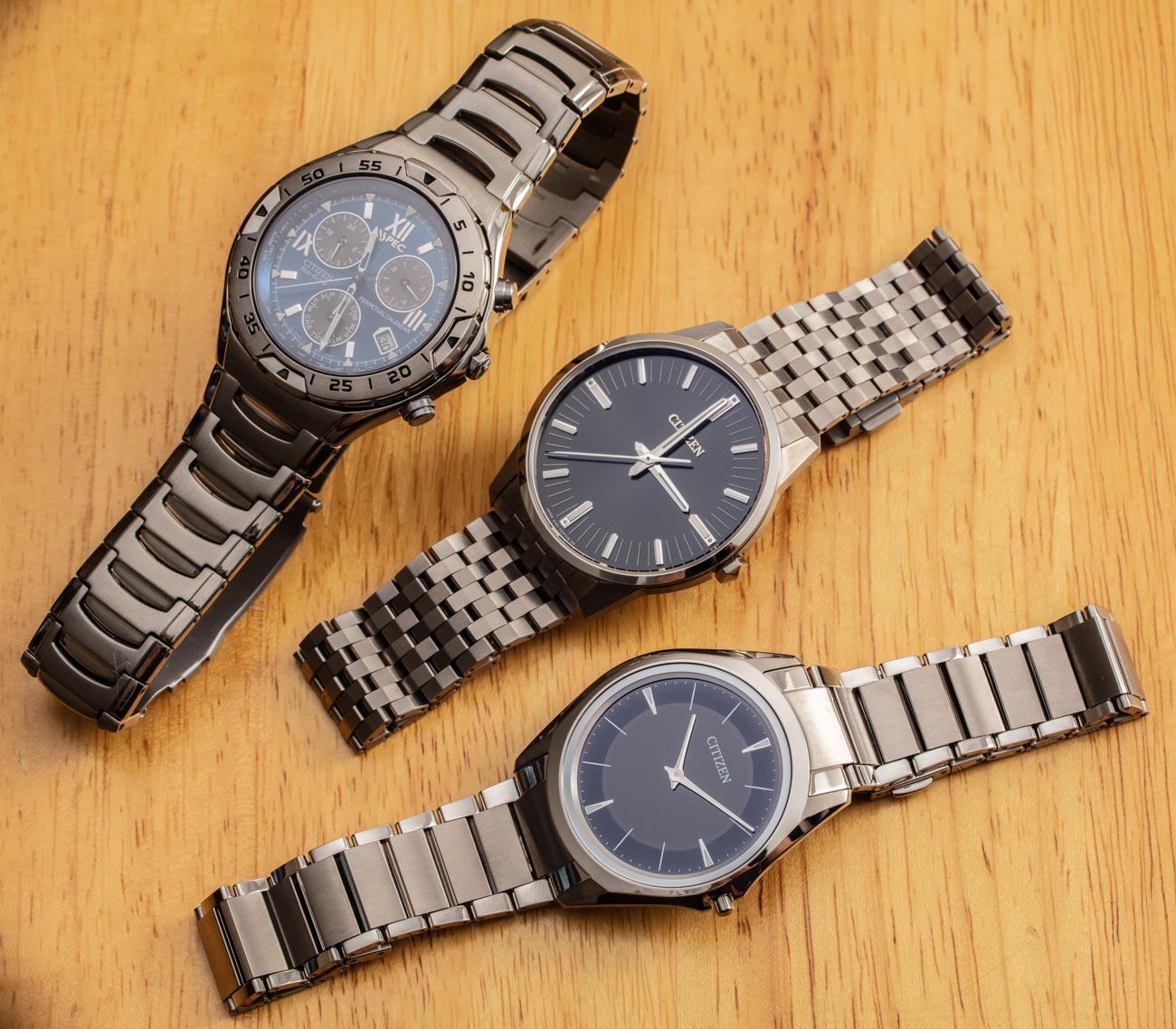 The 1970 Citizen X-8 Chronometer was a (literally) space-age high-accuracy quartz watch produced from titanium — a metal that was not only vastly lighter than steel but that was also entirely rust- and skin allergy-resistant. Citizen managed to produce just 2,000 X-8 Chronometer units, not due to market demand but rather the intense challenge of producing titanium watch cases. The the now industry-leading Citizen Super Titanium came about only as a result of a dedicated team within Citizen that, for decades, sought to create the perfect titanium watch case material.

Material engineers have long lamented the steep mountain that is the production of titanium components. The metal has great utility in industrial and performance applications but outright rejects the same manufacturing techniques used to create other metals such as brass or even steel. When Citizen first began experimenting with titanium as a watch case material, machines broke, drills dulled, and fires broke out. On top of being stubbornly difficult to form into shapes, titanium filings are also combustible. 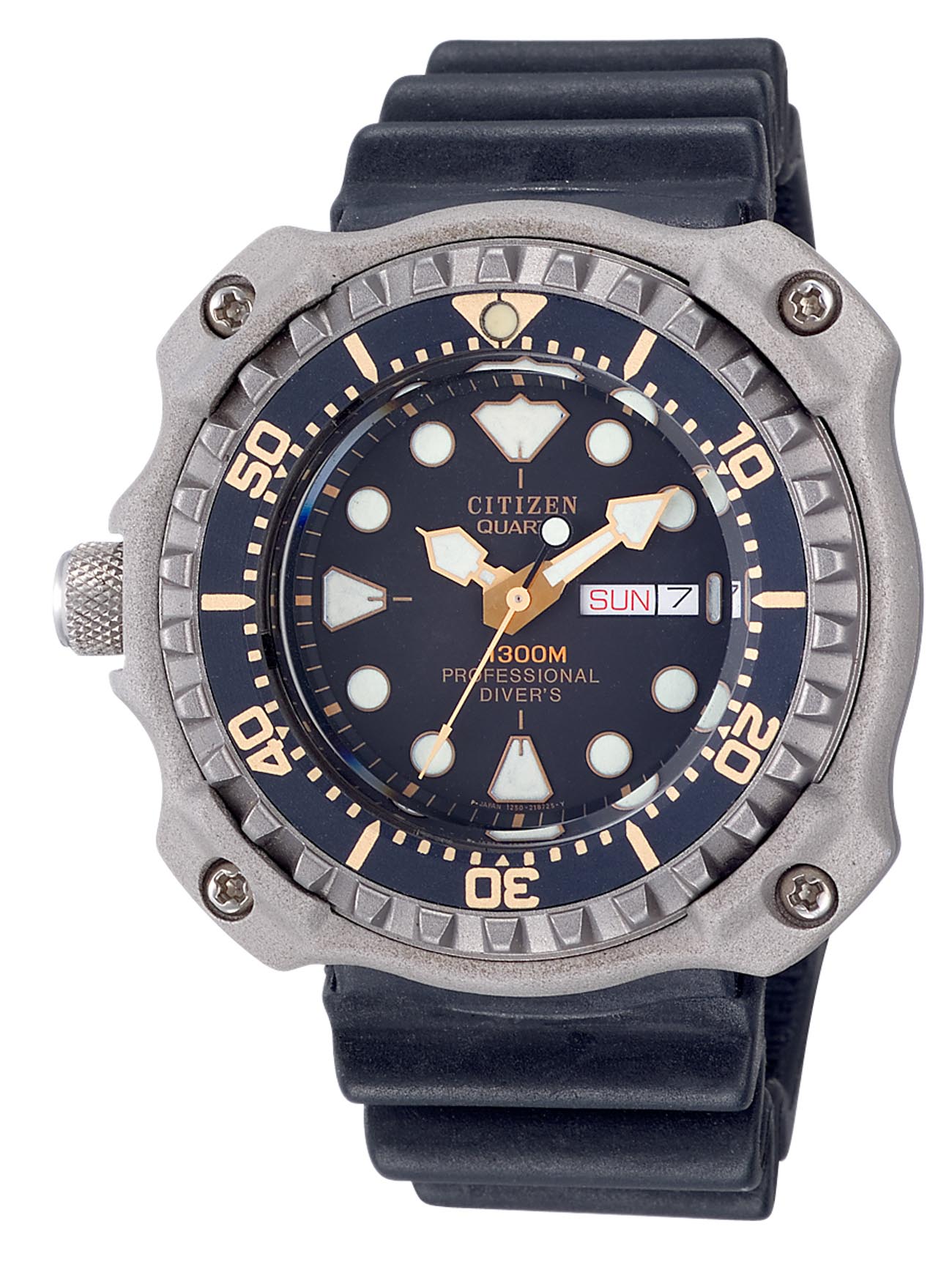 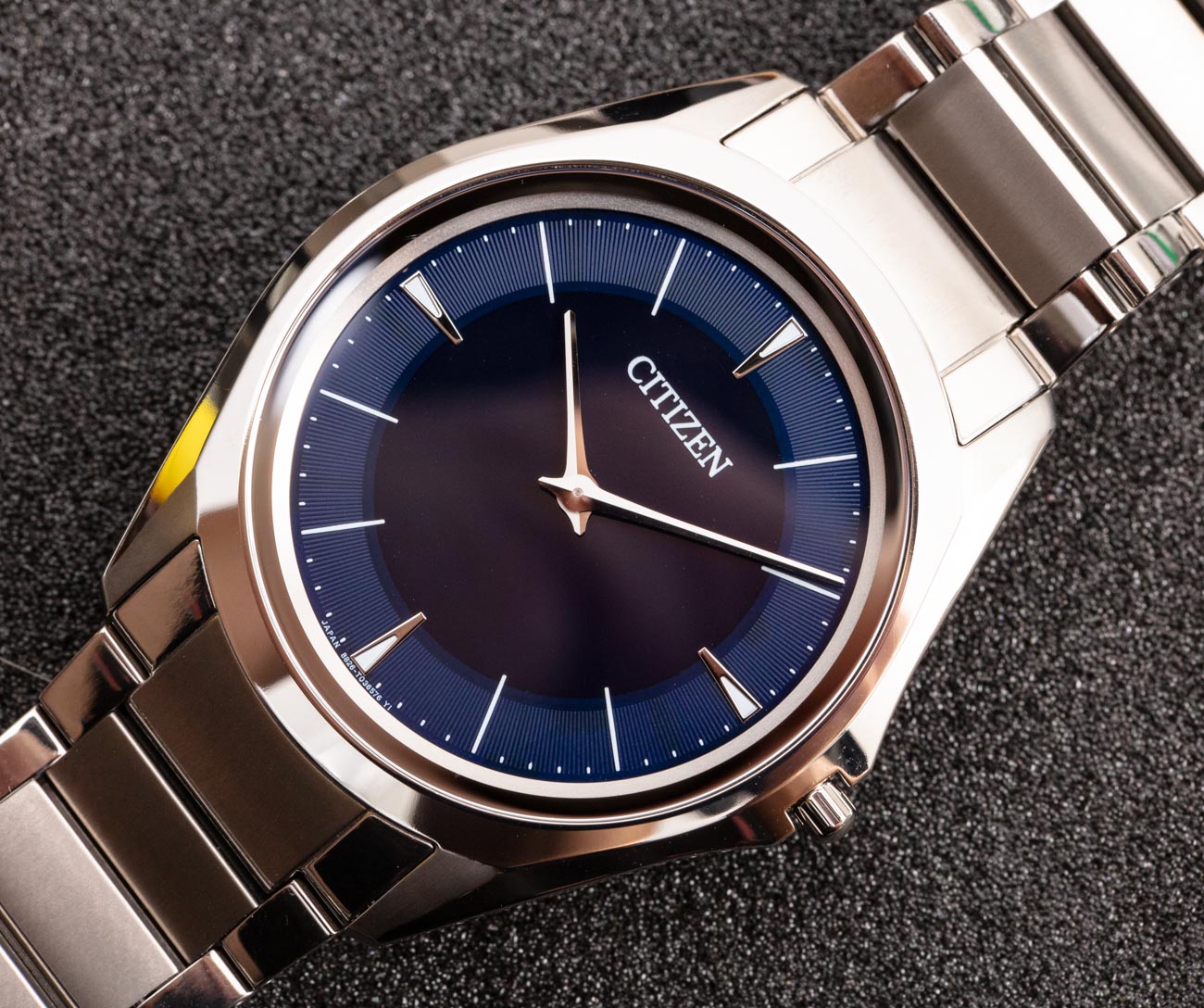 Citizen’s engineers found that when pieces of titanium were machine-pressed to form the basic shape parts, the titanium would bond to the presses and thus prompt both mechanical repairs and malformed components. When titanium parts finally succumbed to being shaped by mechanical press, polishing the components (such as watch cases parts) introduced an additional problem. Titanium’s crystalline structure is so durable that it wears out drills and polishing heads with dangerous efficiency.

Citizen’s engineering department reports that it required the effort of nearly 20 years to internally solve the problem of how to mass produce high-quality titanium parts. Not being able to rely on any outside supplier or production partner (given the lack of them), Citizen has to invent numerous techniques simply to offer an affordable, attractive, and high-performance titanium-cased timepiece products to a world increasingly infatuated with the wonder that was titanium for use in consumer products. 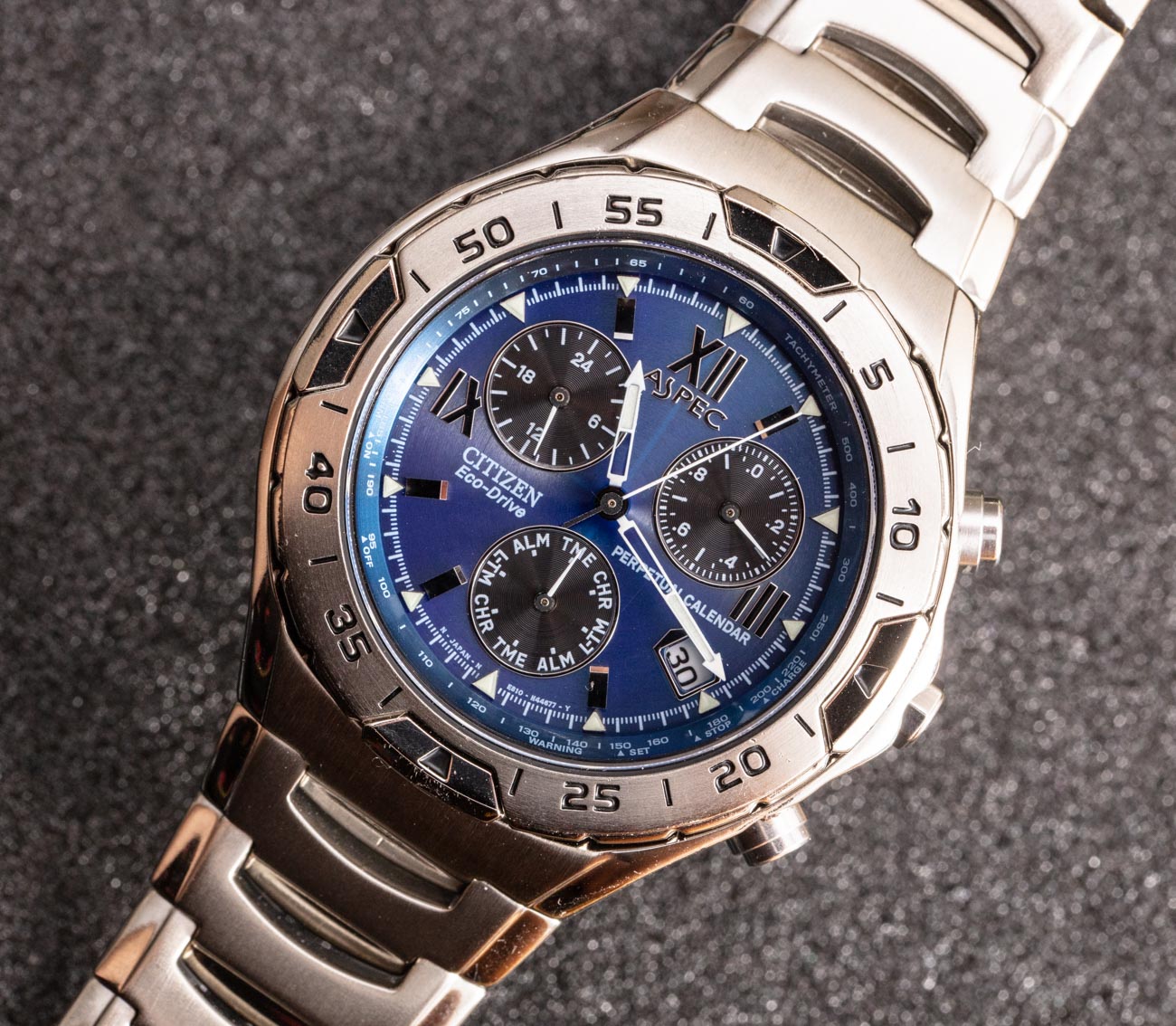 A natural use for titanium as a watch case material is in diving watches. Citizen’s diving watch specialty department introduced a diver’s watch water resistant to 1,300 meters (nearly a mile underwater) in 1982. In addition to boasting incredible durability and shock resistance, the Citizen Professional 1300m Diver was also entirely rust and corrosion resistant, a major advantage for a timepiece frequently used in a marine environment.

Throughout the 1980s and 1990s, Citizen continues to introduce new titanium watches for an eager consumer public that continues to respond well to titanium as wristwatch case and bracelet material. It was in 2000 that Citizen finally introduced perhaps its most important contribution to the titanium wristwatch market — specially treated forms of titanium that were more scratch resistant, more finely machined, harder, and better-looking than those of the competition. 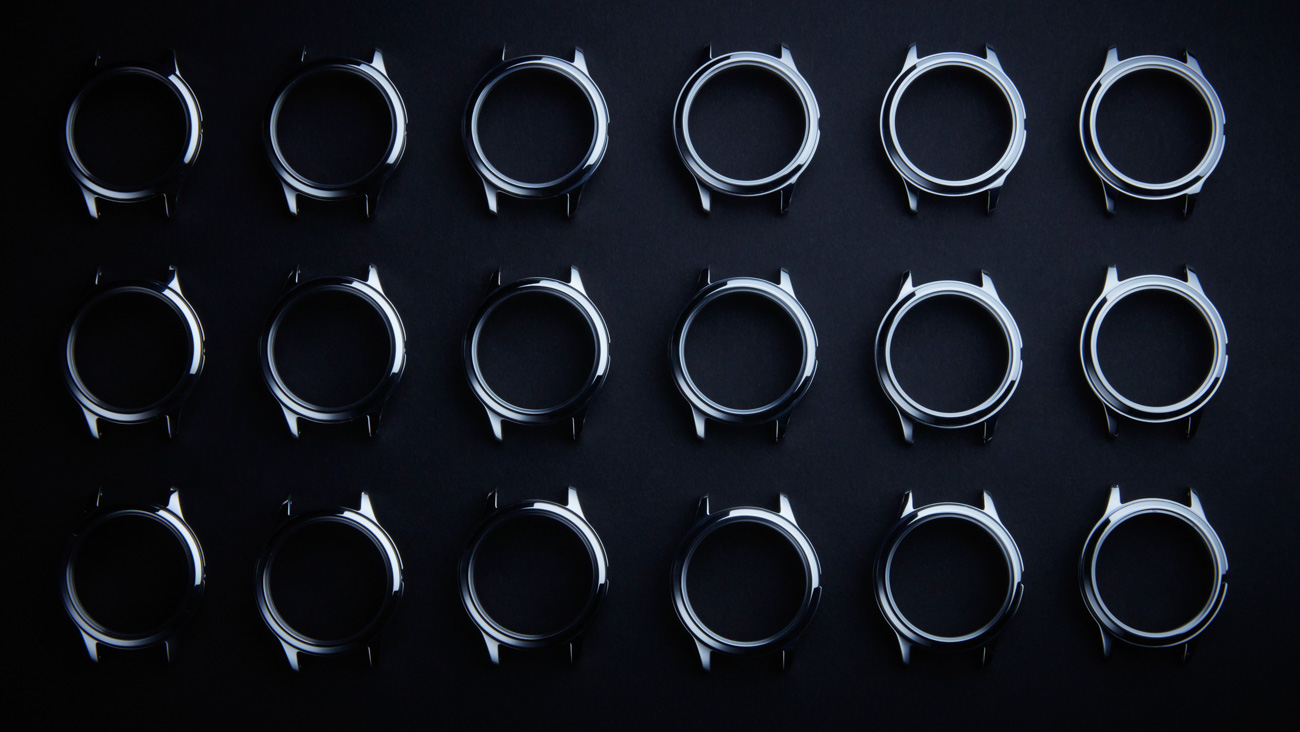 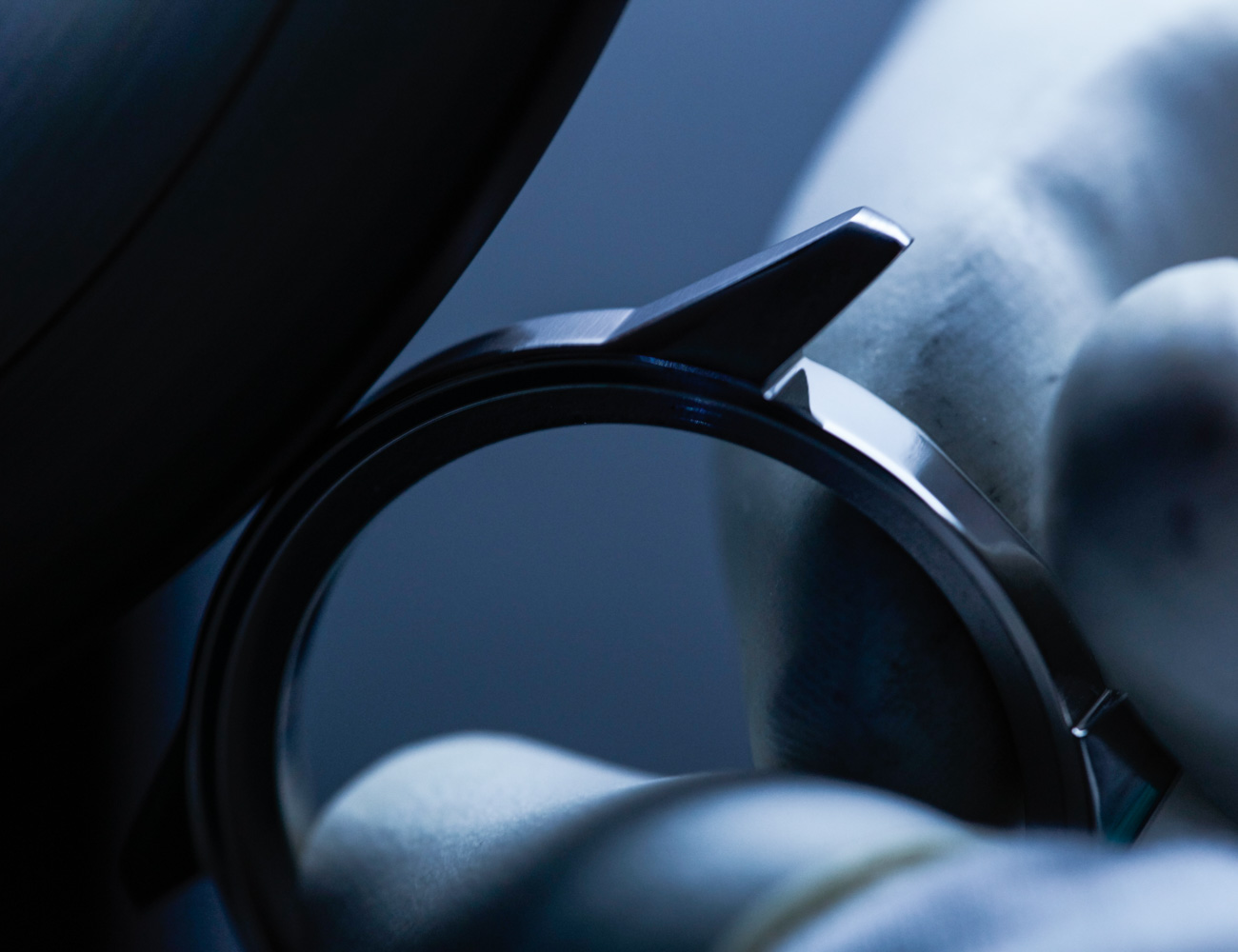 Citizen introduced Duratect in 2000 with the release of the ASPEC World Time watch. Duratect is an entirely proprietary technology developed by Citizen and applied to a base titanium material. Duratect is a combination of two main processes that, together, make for a vastly better titanium. First, a process to refine (“clean”) the physical surface of the titanium material, resulting in a tougher material that can also be attractively polished. Second, Duractect is a special surface treatment that applies an incredible level of scratch resistance to titanium. Citizen also developed the Duratect MRK process which adds a titanium hardening treatment which makes titanium much less prone to dents and other forms of scratching. Duratect MRK uses a sophisticated process using gas to harden the titanium material far beyond its natural properties.

To test Duratect’s long-term wear-resistance properties, Citizen enlisted members of its own employee team to wear test their Duratect-treated titanium watches for years on end. Photographs of many nearly decade-old watches appeared to be in nearly “brand new” condition. Duratect is actually a series of processes that Citizen later coined the “Super Titanium” name to refer to. Citizen Super Titanium is the end result of its high-quality, extremely long-lasting titanium material. 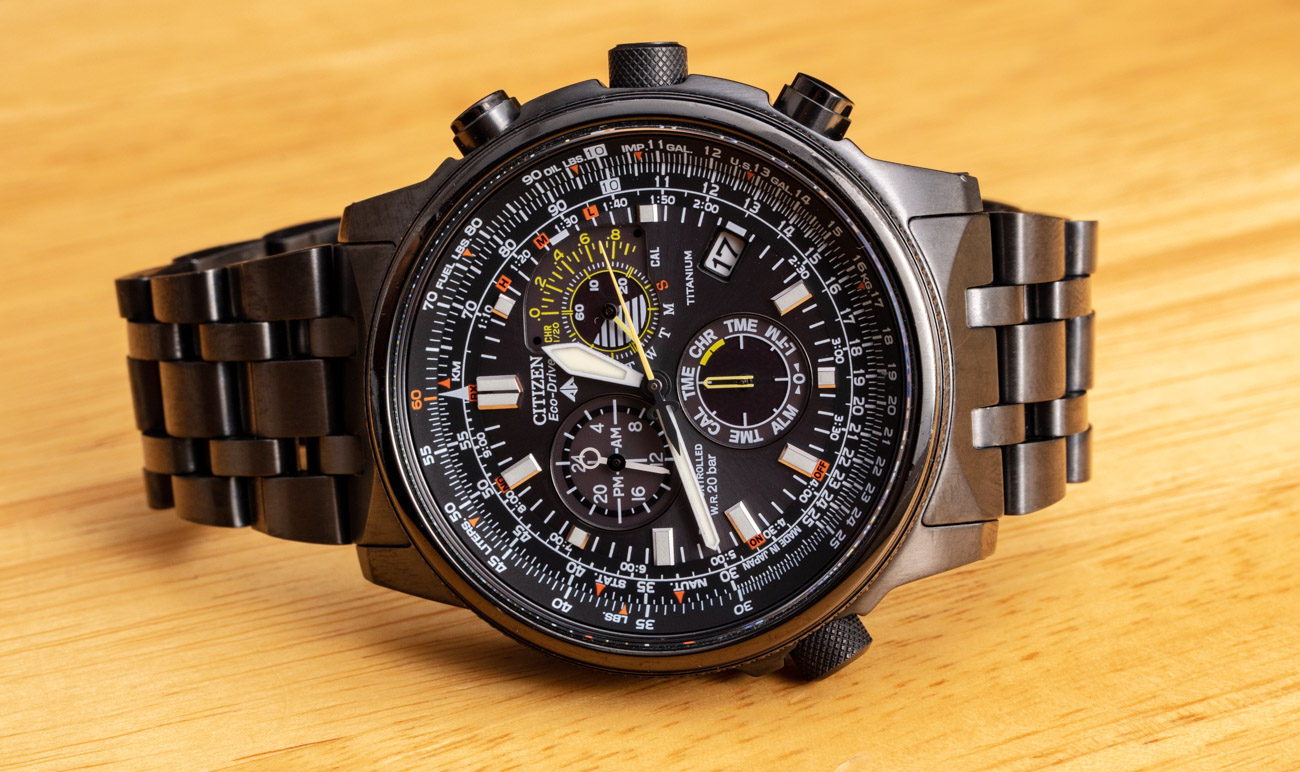 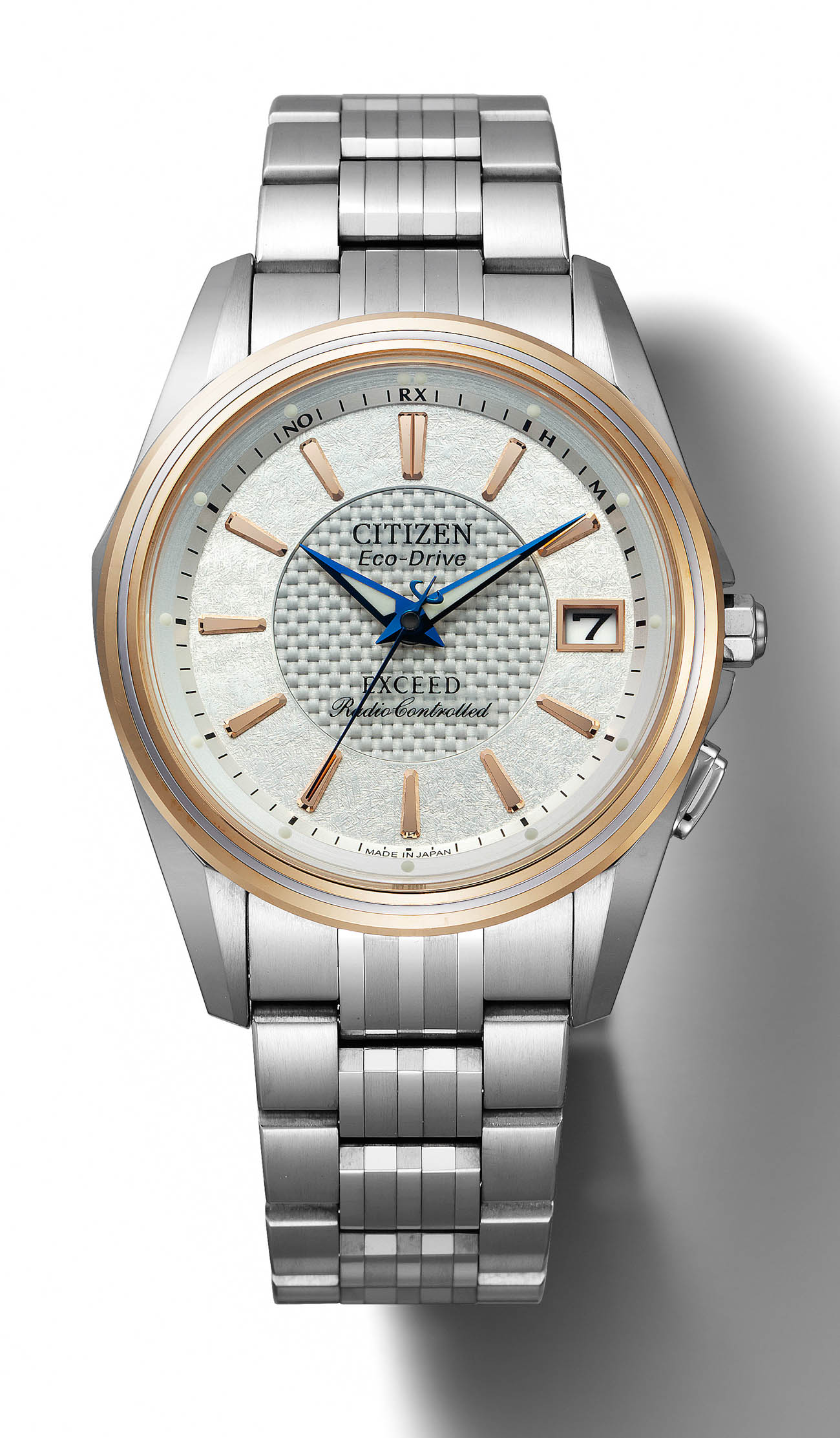 What consumers most appreciate about Citizen Super Titanium watches is not merely the theoretical performance applications of high-tech titanium structures. Rather, it is the aesthetic beauty of the high-polish finishing techniques used to produce many Super Titanium watches. Natural titanium lacks luster and, given its challenge to machine and mill, is accordingly very challenging to attractively polish. Today, Citizen has invented specialized systems to give its titanium watches a beautiful finish but also gives consumers the peace of mind to know that the scratch resistant properties of Super Titanium will preserve the beauty of said finishes for years to come. The vast majority of even much more expensive titanium watches from competitors cannot boast this wear-defying feature. 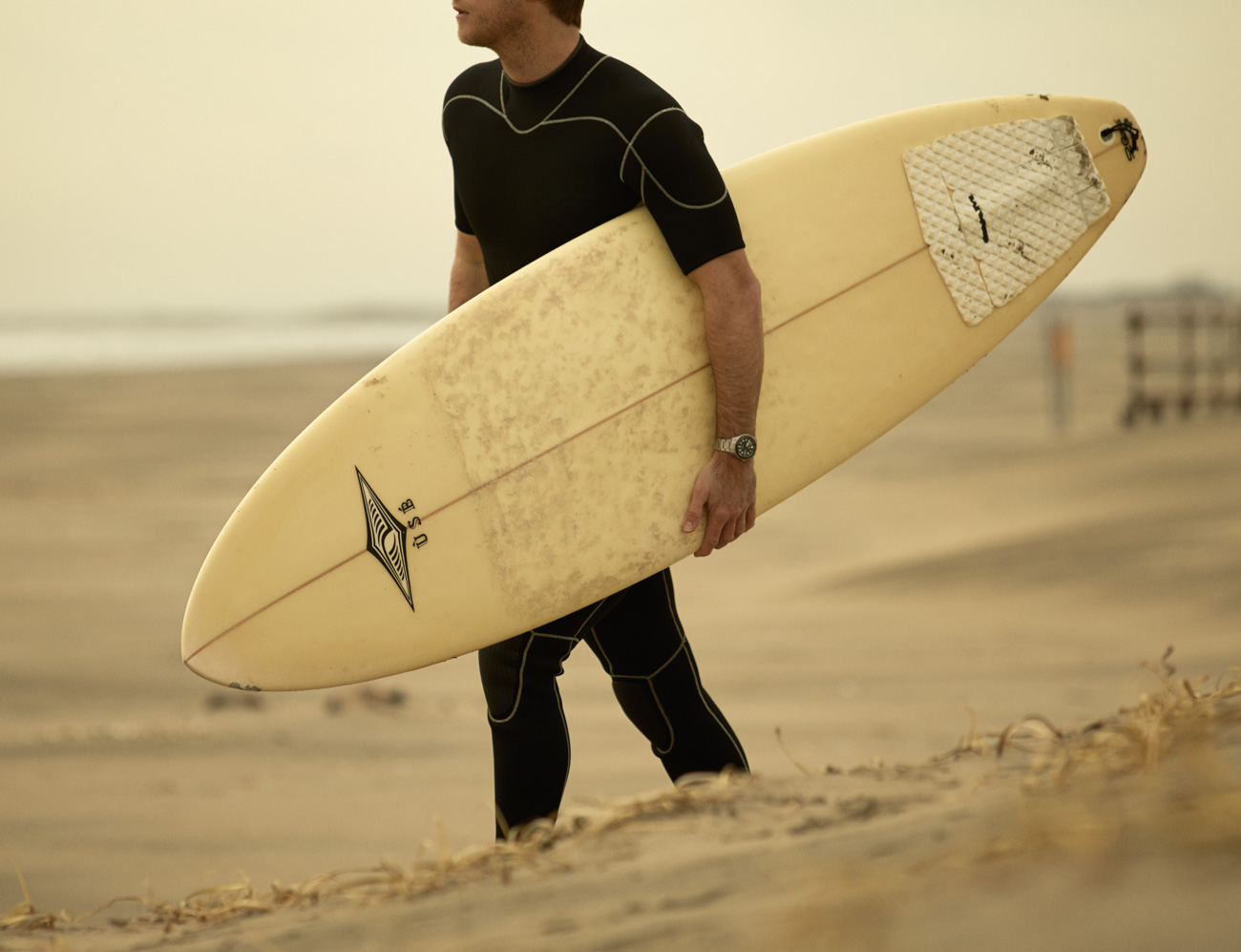 Highly-scratch resistant titanium watches produced by Citizen began as sleek black in color, such as the 2006 Citizen Promaster Eco-Drive Global Radio-Controlled watch that combined Citizen Duratect DLC and Duratect MRK. Later, Citizen continued to perfect the Super Titanium process allowing for the manufacture of hardened and coated titanium watches that preserve their natural tone and polished finishes. What began with professional-use and sport watches crafted in performance titanium, has now evolved to also include Super Titanium as an ideal material for casual wear and even formal timepieces. The greatest expression of mastery over a performance material is use of it for decorative and celebratory enjoyment. 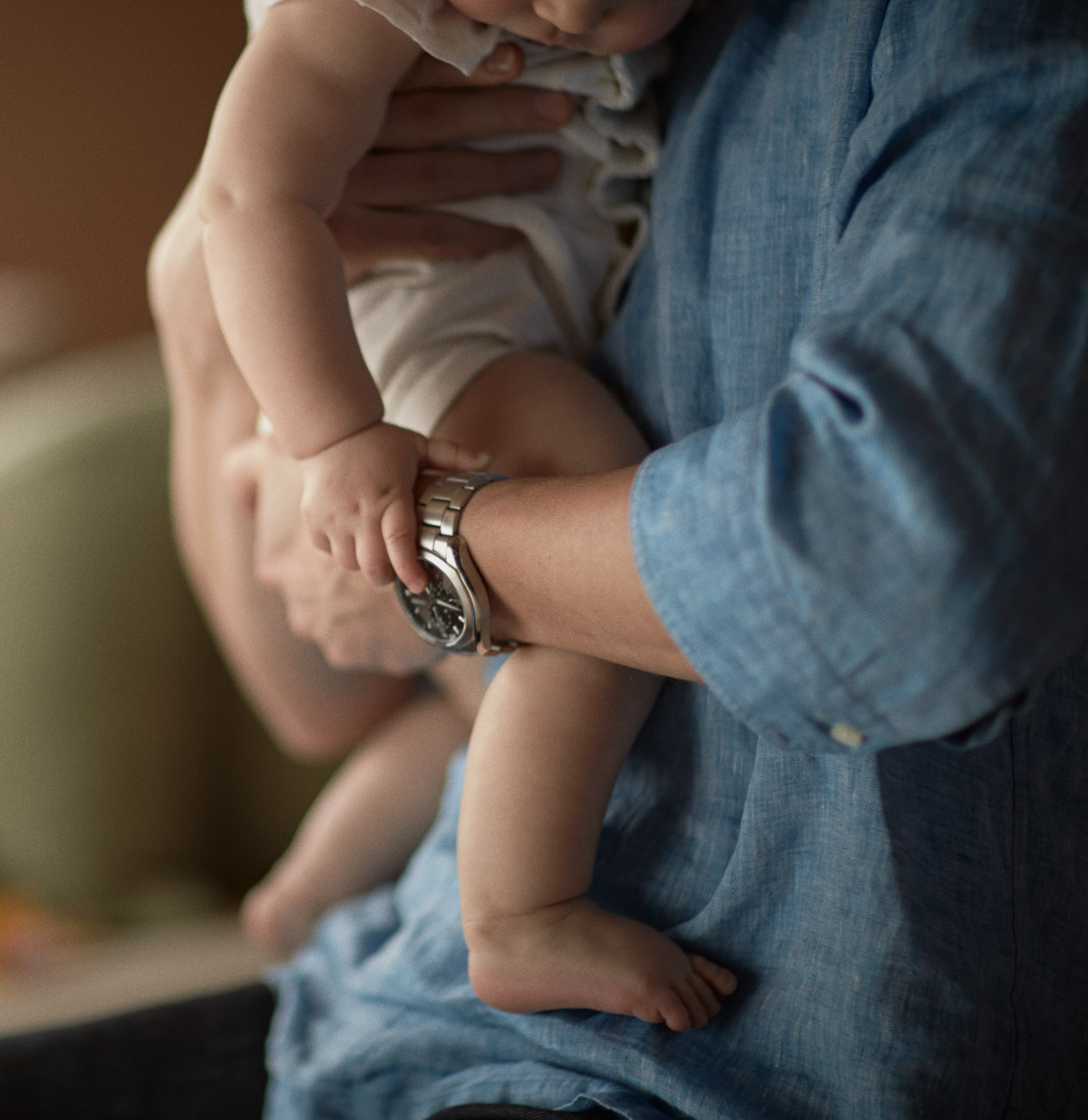 As Citizen celebrates 50 years of titanium wristwatches, it also embarks on an innovative new journey for its titanium manufacturing prowess. As the private space travel industry enlivens across the globe, a booming new industry hungry for precision titanium components will require the expertise that few companies can provide. Titanium, as a material, has enormous benefit in space vehicle and other space environment applications. If only because titanium is very light and very strong. Integral to space vehicle companies being able to rely on small, carefully made titanium parts, is their ability to rely on suppliers who can produce such parts. 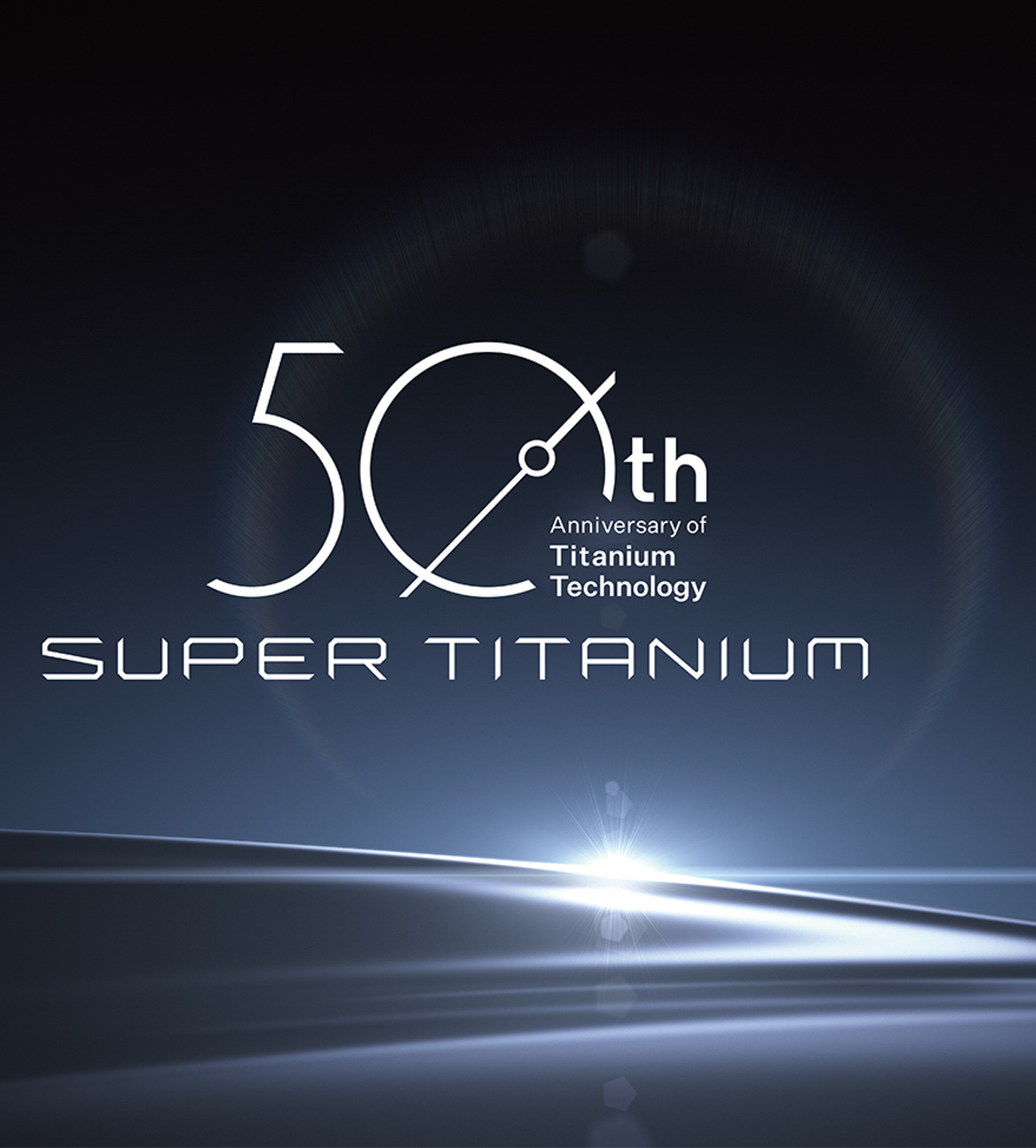 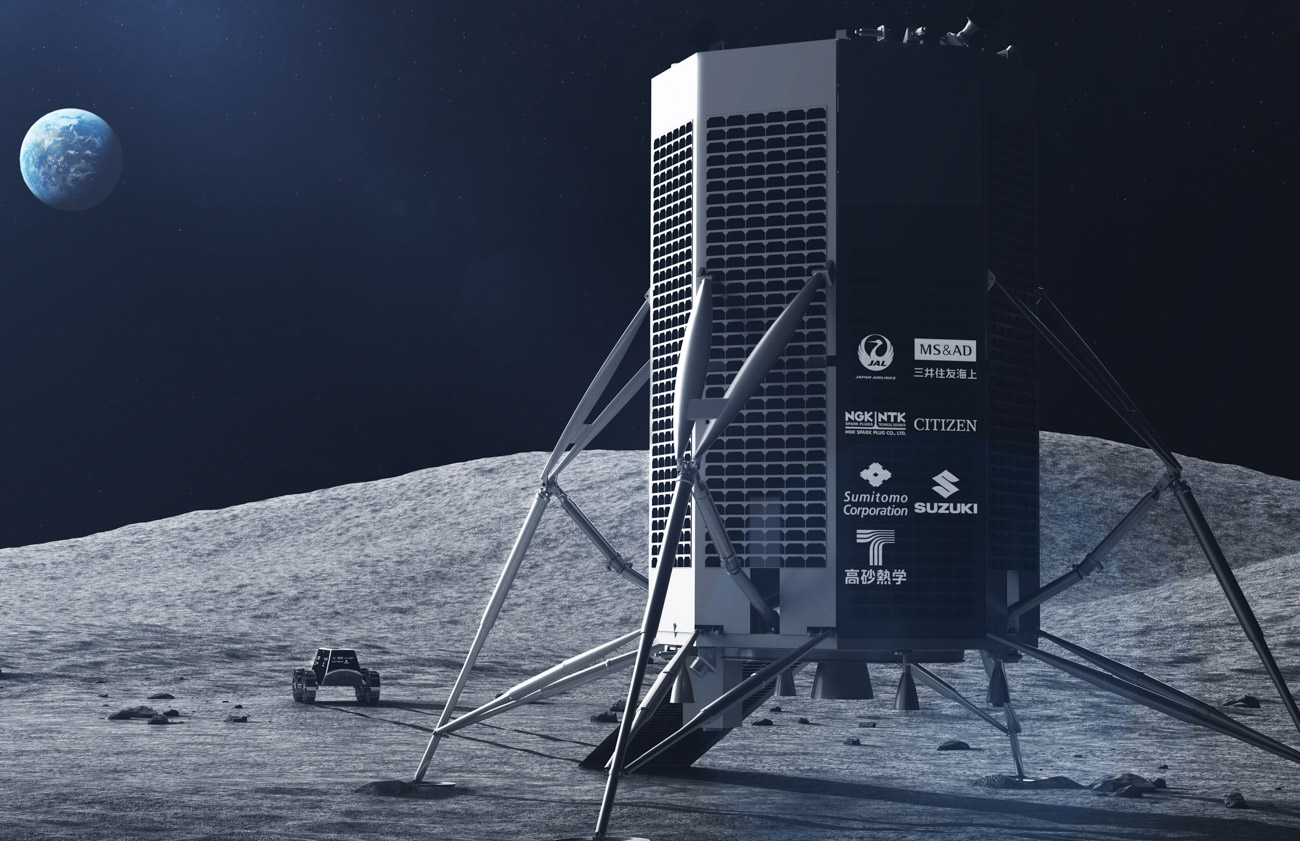 Citizen has made the strategic decision to open up its once entirely in-house titanium production capacity to select clients, namely for the “space exploration” industry. It has already started. In 2023, Japan’s HAKUTO-R program intends to send a new vehicle to the moon. Its mission will be part of an initiative to explore the entire lunar surface. Citizen has announced that it is a corporate partner of HAKUTO-R, and will supply Super-Titanium for the project. Additional applications of Super Titanium for use in the next phase of humanity’s space race are soon forthcoming.

A new era of meaning will accompany Citizen Super Titanium wristwatches as wearers become aware that the same material is heavily used to shuttle people and parts to space, having been developed first for timepieces and only later expanded for other modern use, Citizen is proof of how traditional timekeeping companies can have unexpected relevancy in the future. Learn about Citizen Super Titanium here.