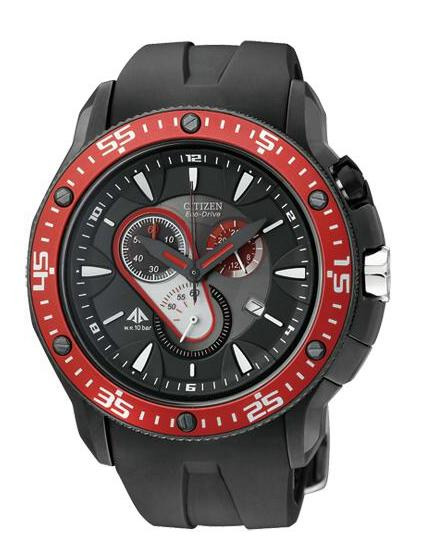 Sometimes you just need to spruce up a classic, and you have a winner. A Citizen Promaster was actually my first analog watch. It was uniquely designed and out of all my watches, got me the highest number of compliments with its bright red dial colors. These new Sportissimo Promaster watches from Citizen remind me of the first Citizen Promaster that that I owned. Both were chronographs and features a really cool and appealing styling. This is perfect for someone wanting something different, or a young adult or college student. The idea is that not all of the styling is functional per se, but the avant garde looks don’t inhibit the functionality at all. 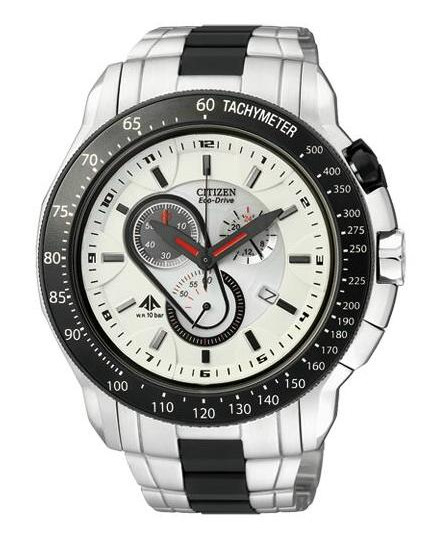 The cases of the Citizen Sportissimo watches are an amble 43mm wide. It is big, but not too big. The cases are 12mm thick which is pretty manageable. I like that the crystal is sapphire, which is better than the mineral crystal used on some lower end Citizen watches. You have water resistance of 100 meters, which means the watches are rugged enough to be thrown around, but they should be having the “Promaster” label. The movement is the newer Citizen H500 quartz chronograph movement. Functions, in addition to time, include a 60 minute chronograph as well as a 24 hour hand, and the date. Both of the new Sportissimo watches are sport styled, with the rubber strapped version focusing more on a diving theme, and the metal bracelet version focusing on a racing theme. They are pretty hip, totally Japanese, and have cool red on black matte finished hands. A strong contender that will likely be priced at $300 – $500 bucks.