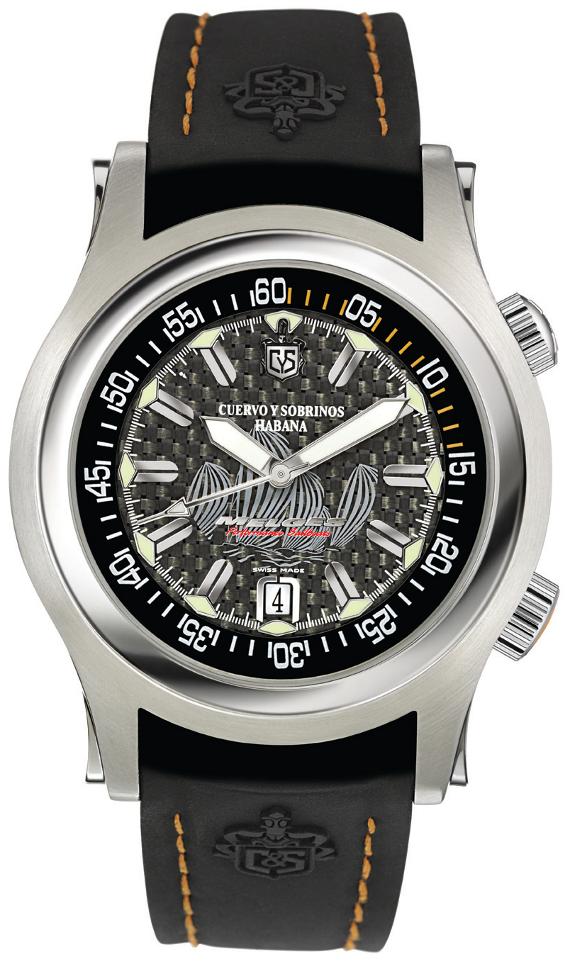 This video that was made to illustrate the partnership between Melges yachts and Cuervo y Sobrinos feels like a beer commercial from the early 1990s. I wonder what brew is enjoyed on deck during a high energy yacht regatta race on a speedy Melges 32? Sounds like Swiss owned, Cuban inspired Cuervo y Sobrinos should team up with Jose Cuervo – and dream up a new Latin lager. Mmm.. frosty. Is drinking while boat racing a good idea? I just see the boat – loaded with guys in identical outfits – running around trying to pull ropes with one hand, and their beers fly out of their other hand overboard.  After the race is over everyone kicks back a few more Cuervo Latin Lagers (that actually has a good ring to it), and passes out on the deck. Sounds like an upscale Corona ad. I should go into marketing.

In honor of Cuervo y Sobrinos’ partnership with Melges, and the sponsorship of their Melges 32 racing vessel, they have created a new limited edition version of their Robusto Buceador Carbon watch. Imaging the non-limited version as being sans the Melges boat imagery on the dial. The Robusto Buceador is Cuervo y Sobrinos’ dive watch, and the “Carbon” version has a carbon fiber dial. Still legible though as the hour markers and hands are so bold. Case is steel and 43mm wide. I’ve always liked the style of the Robusto case with its alternative finishes, and polished lug flares that give it a nice look. It is rather thick though at 16.6mm, which is a lot for a simple automatic without any extra complications. Waster resistant to 200 meters, the case has a sapphire crystal with AR coating.

You can tell that the Robusto Buceador has an internal rotating bezel that is operated via one of the two crowns. This system usually works nicely enough, and is attractively integrated into the dial design. The dial itself has very broad SuperLumiNova rich hands, as well as a very interesting design for the hour markers (more luminant there). I think the watch is a good combo of simple classic design, and modern appeal in the dial. 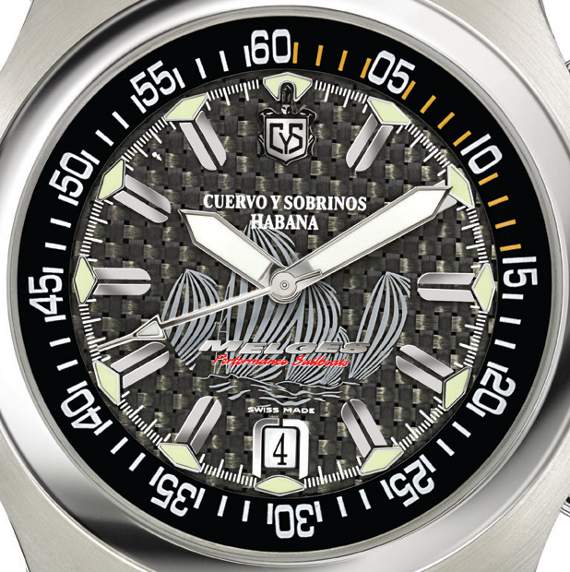 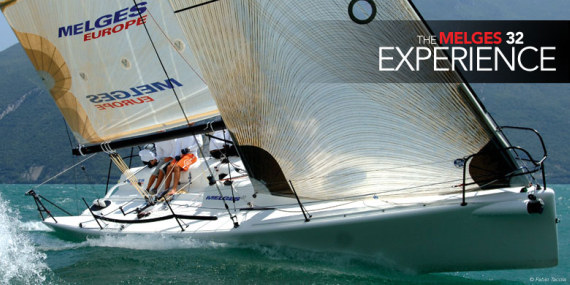 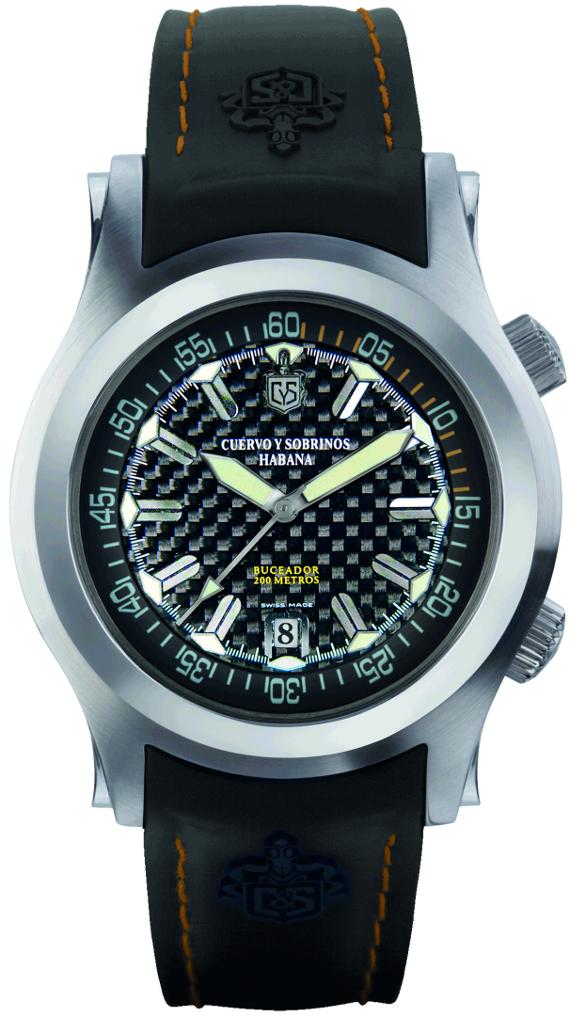 It  comes on a rubber strap with a steel deployment clasp. I like the use of orange stitching, although it is purely cosmetic. Inside the watch is a Sellita SW200 automatic movement that has been decorated. For the price of this watch, I would have liked a bit more. Not that there is anything wrong with the SW200 (equivalent to an ETA 2824), but it can be found in watches at a fraction of the cost of this watch. At the same time, the SW200 does make for a rugged movement in dive style watches. Still, for the price, I feel that there should have at least been a 2892, or equivalent movement. As ETA movements are harder and harder to get, expect to see more from Sellita, and other similar mechanical movement makers.