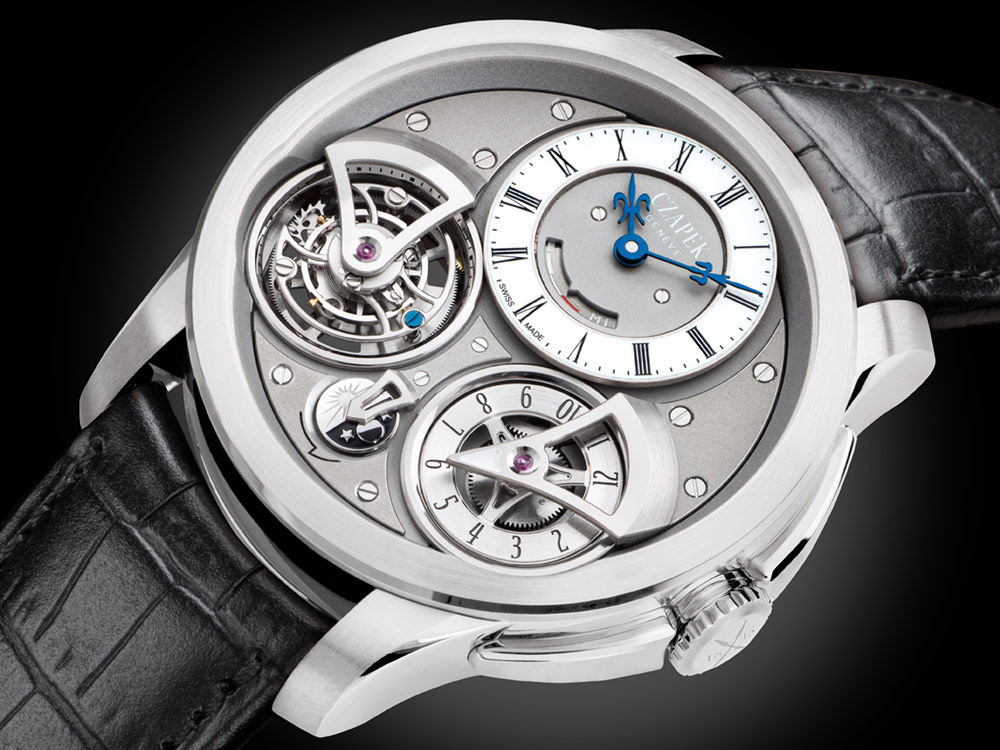 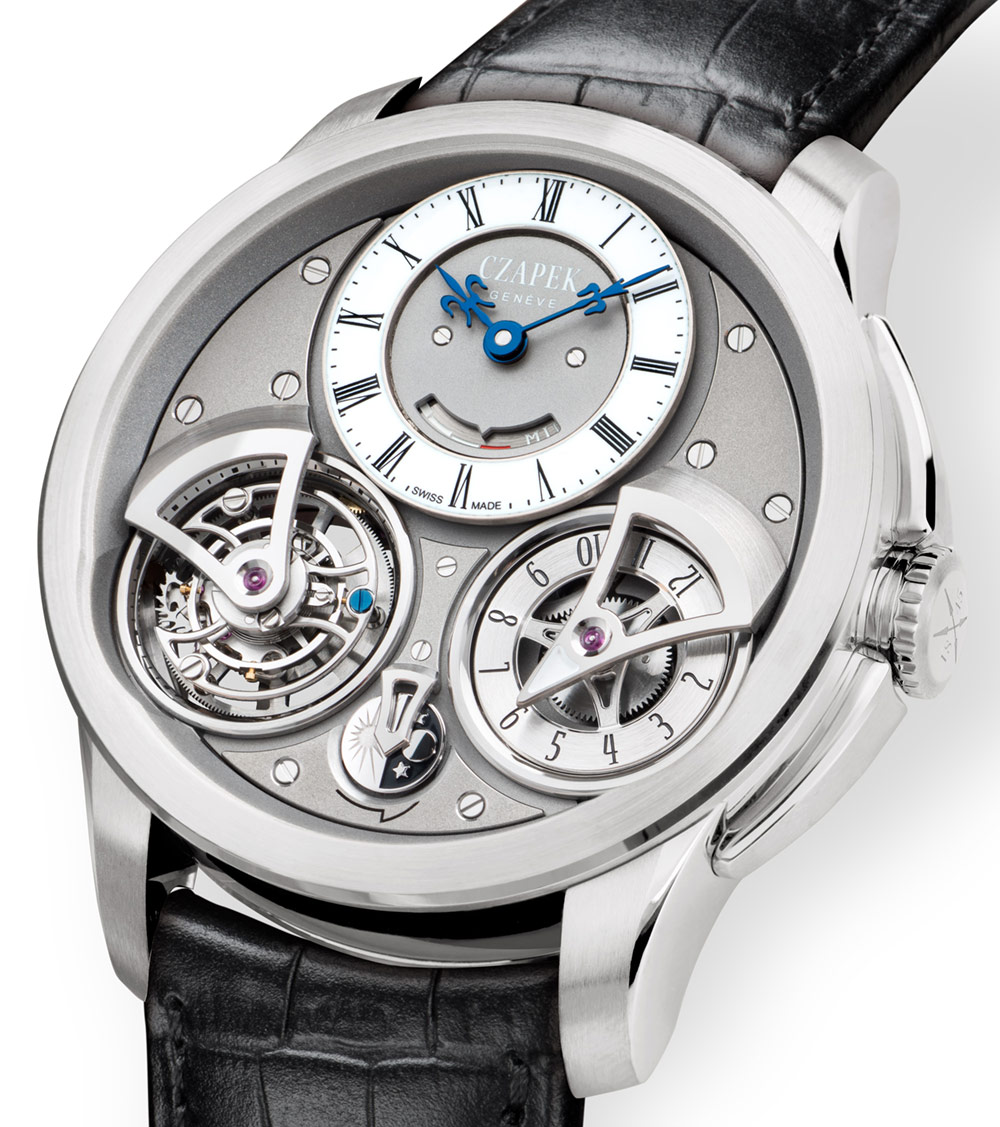 Czapek & Cie made some waves back in 2015 for the unique crowdfunding method via which they raised funding. Earlier this year, they released their second line of watches, the Place Vendôme collection, starting with the Czapek & Cie Place Vendôme Tourbillon Suspendu “Ici et Ailleurs” watch. Encased in platinum and featuring a dual-time zone display, power reserve, day and night indicator, a grand feu enamel dial (or ring, rather), and a tourbillon, this watch is quite the accomplishment for the newly revived brand. 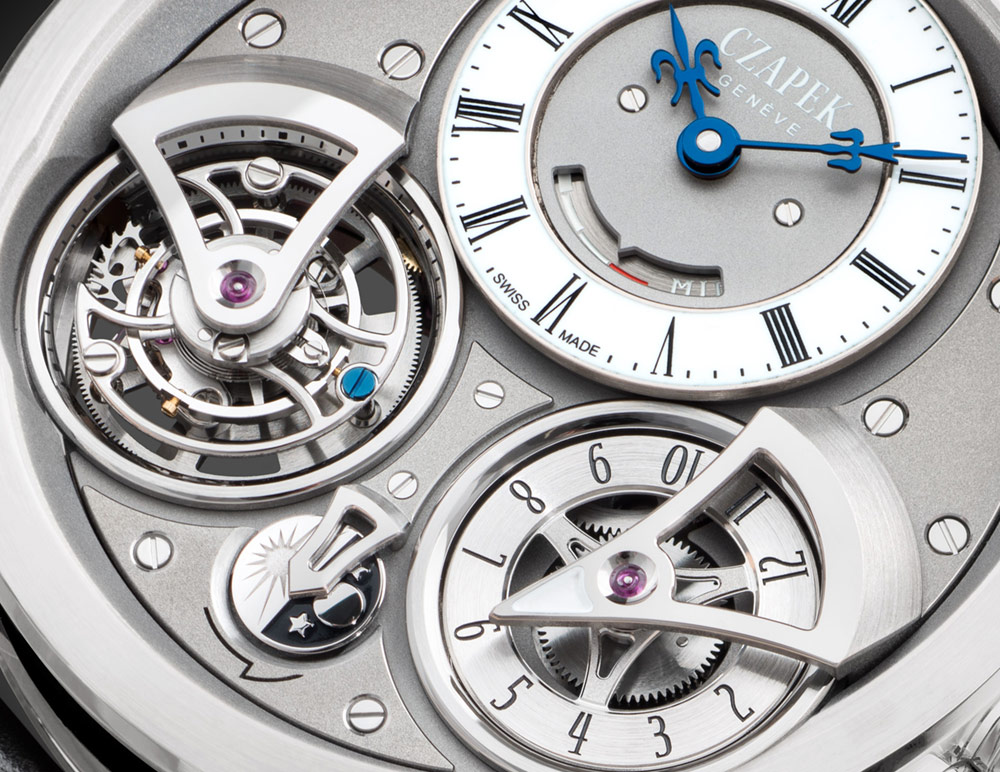 Visually, Czapek seems to be a fan of playing with circles within circles. Their debut watch, the Czapek & Cie Quai des Bergues (hands-on here), had two sub-dials at 4:30 and 7:30, and the Tourbillon Suspendu follows a similar template. At the top, we have a grand feu enamel ring that serves as the local time indicator. The hands are blued gold, fleur-de-lis in shape, and stand out against the frosted silver of the dial underneath. Enclosed within this ring and to the bottom is the power reserve indicator which shows the power reserve through a series of bars. 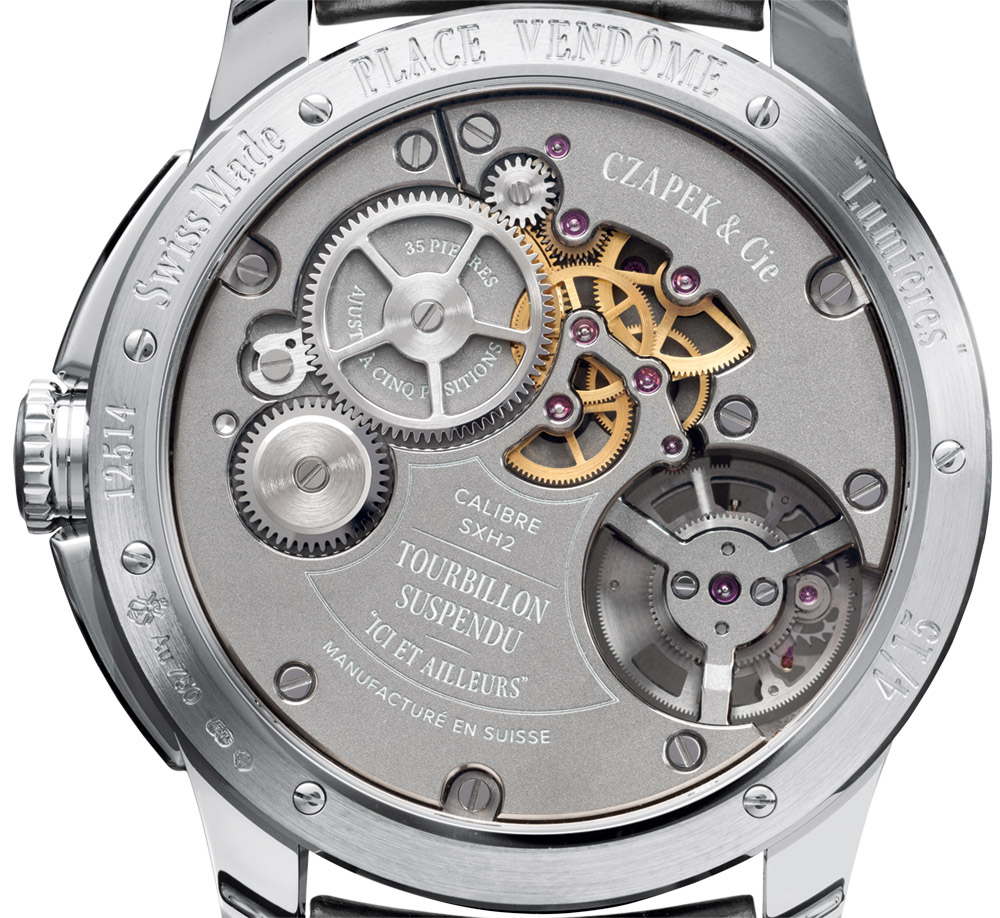 At the bottom right, we have the home time indicator and instead of hands doing the moving, Czapek has chosen to use a rotating disc, with a fixed bridge on top of it that has a pointed end and serves as the “hand” for the home time indicator. Ici et ailleurs, by the way is French for “here and there,” similar to what we saw on the dial of this Van Cleef & Arpels watch. The tip of the bridge is also filled with lume to help tell time at night. This seems a bit out of place given that the local time indicator, which usually is used the most, does not have any lume to help legibility at night or in low light. 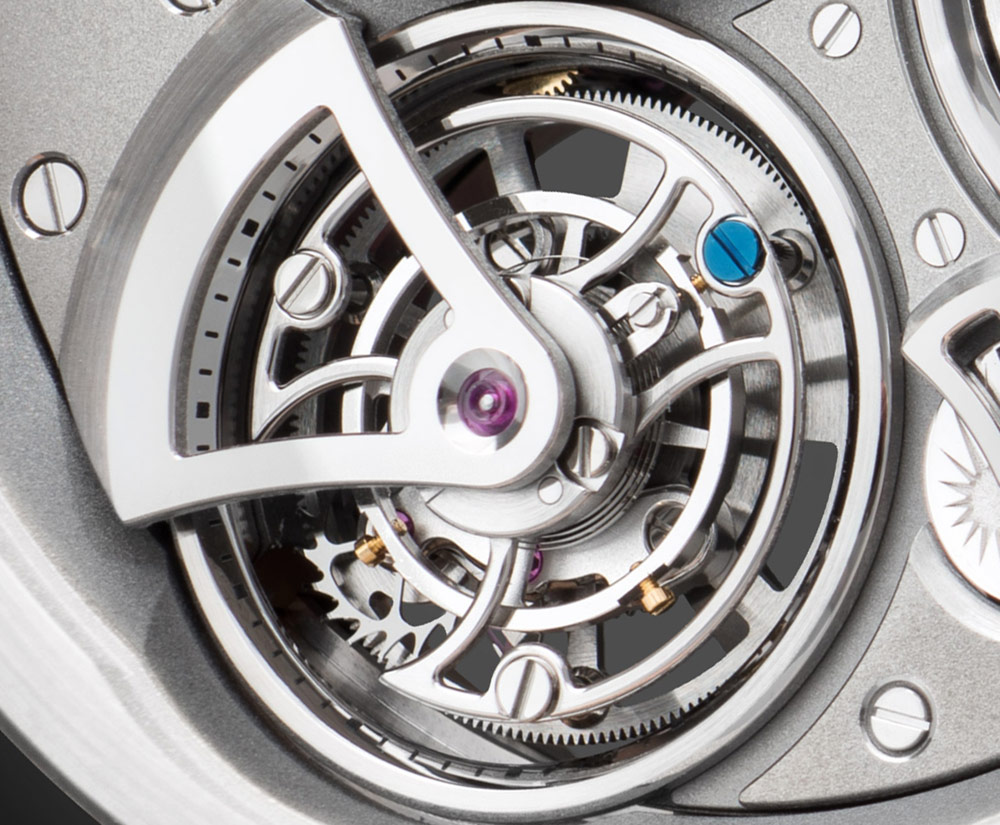 To the bottom left is the 60-second tourbillon, and while it does not have a second hand, Czapek have incorporated a blued screw, the only one in the watch, so it doubles as a seconds indicator. Finally, to the bottom of the dial is the day night indicator for the home time display. All the components are superbly finished, as expected at this price level. Given the monochromatic color scheme for the watch, any faults or compromises in finishing will be immediately apparent and leaves little wiggle room for the manufacturer. 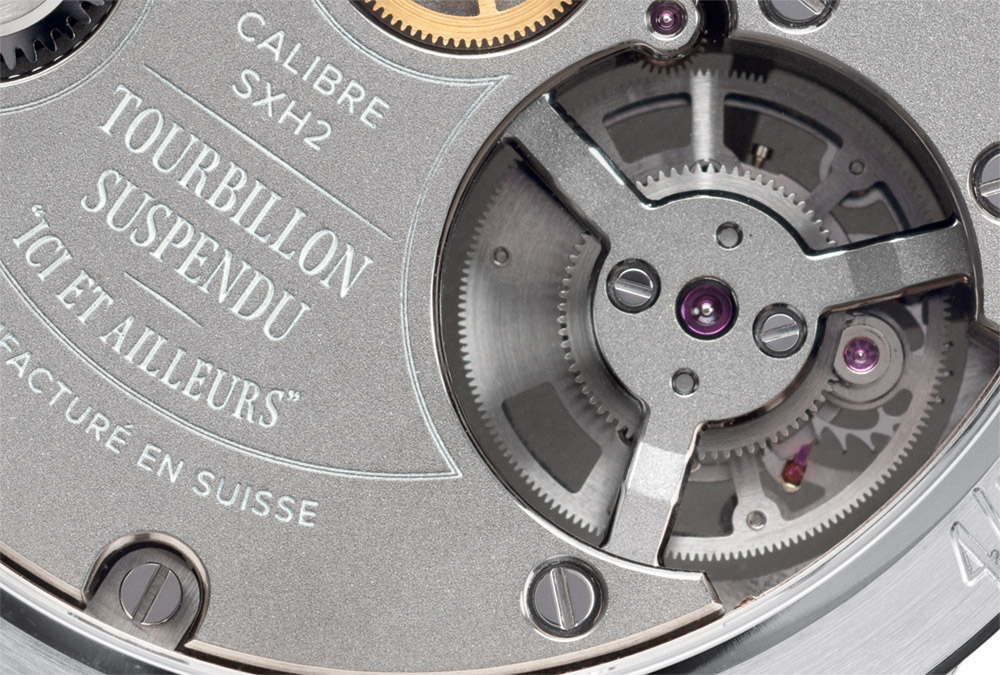 While the tourbillon and local time indicator have plenty of polishing, the rest of the dial is anthracite and has a frosted finish, which I personally find very appealing. I initially wished Czapek had used blued screws for the watch, but have since realized that this would look odd, even crass, against the subtlety of the frosted anthracite. 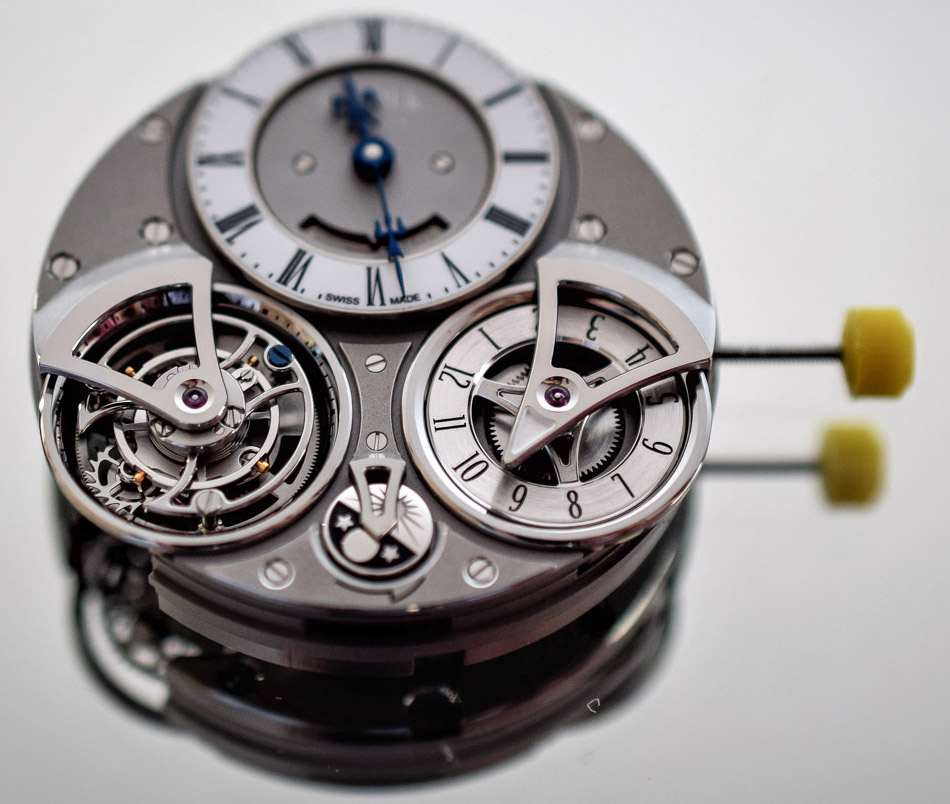 The watch is powered by the caliber SXH2, which was developed exclusively for this watch by Chronode. It beats at 3Hz and provides 60 hours of power reserve through a single mainspring. Like the dial on the front, the mainplate has the same frosted finish and is anthracite in color. The wheels, however, are mirror-polished and part of the mainplate has been skeletonized to show the underlying gear train in gold. Between the gold, mirror polishing, and beveling, there is plenty of pop and contrast to offset the subtlety of the frosted finish and give the entire movement a refined look.

With a 43.5mm platinum case, this isn’t a small watch and is made more prominent by the relatively wide bezel, tapered sporty lugs, and the small crown set into the case. If you look closely, you’ll see that there are also crown guards that follow the curvature of the case and actually begin near the lugs. It’s clear from the case design that this is not meant to be a dress watch but is going for a more aggressive look. 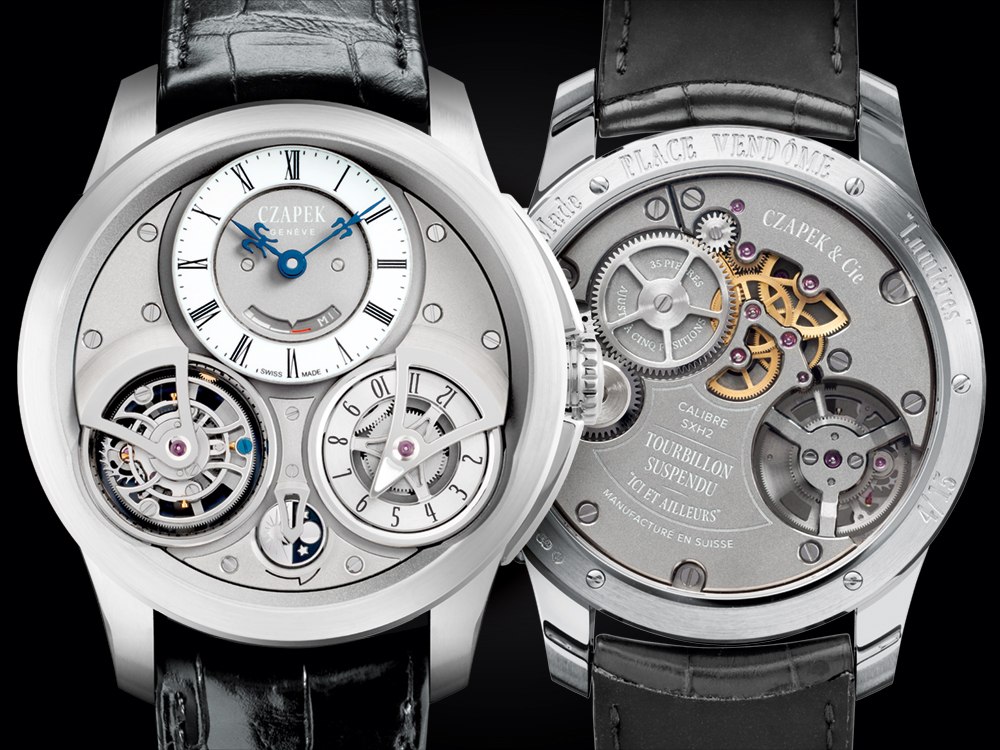