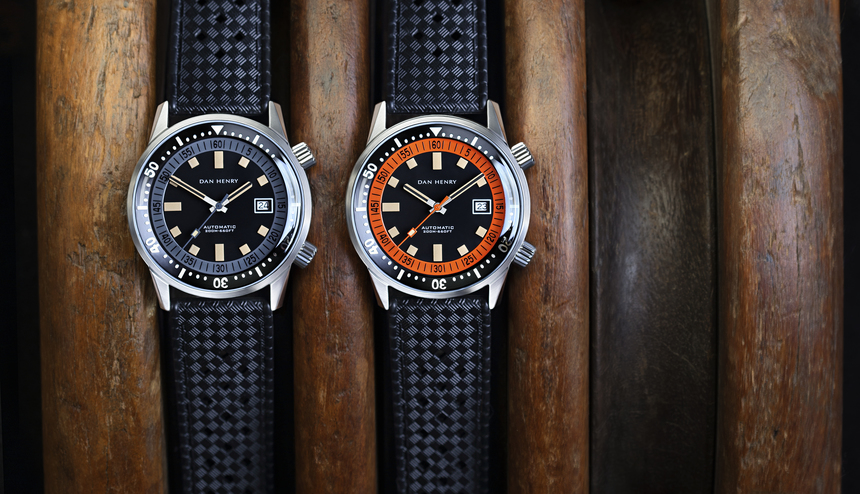 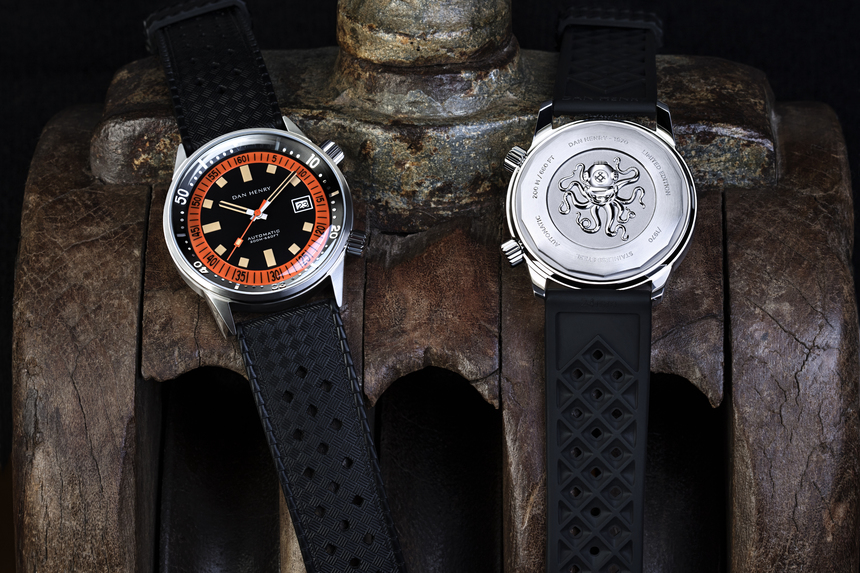 Dan Henry is a watch collector looking to offer watches with classic designs focusing on affordability and a purist vintage design. He also runs Timeline.watch dedicated to his love of vintage horology. Dan Henry is inspired by traveling around the world and collecting not just wristwatches, but eclectic objects from magnets to stamps to Faberge cigarette cases – really anything with timeless character and personality. Keeping the watches named simply after the year by which their design is inspired, Dan Henry currently offers four models, the 1947, the 1963, the 1968, and the 1970. Here’s a brief introduction to Dan Henry’s available pieces, each of which are inspired by a unique vintage design with prices between $190 and $250. 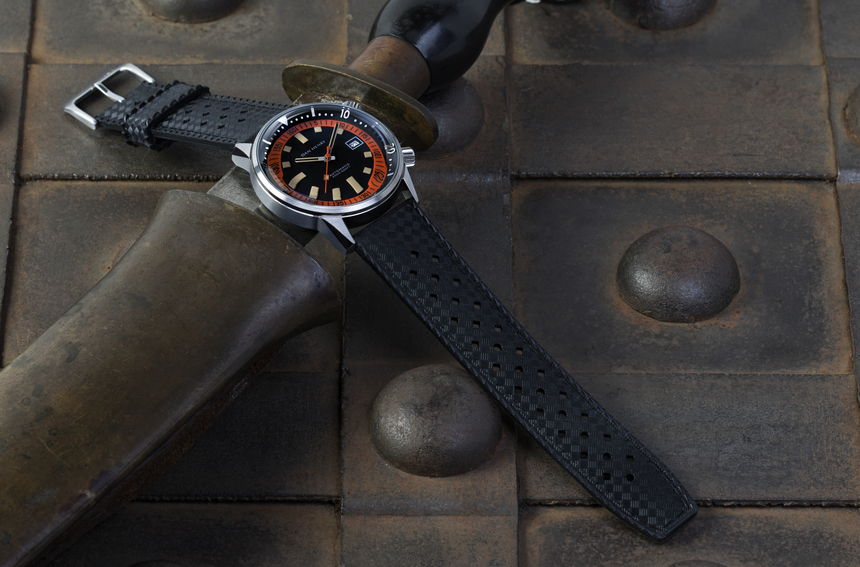 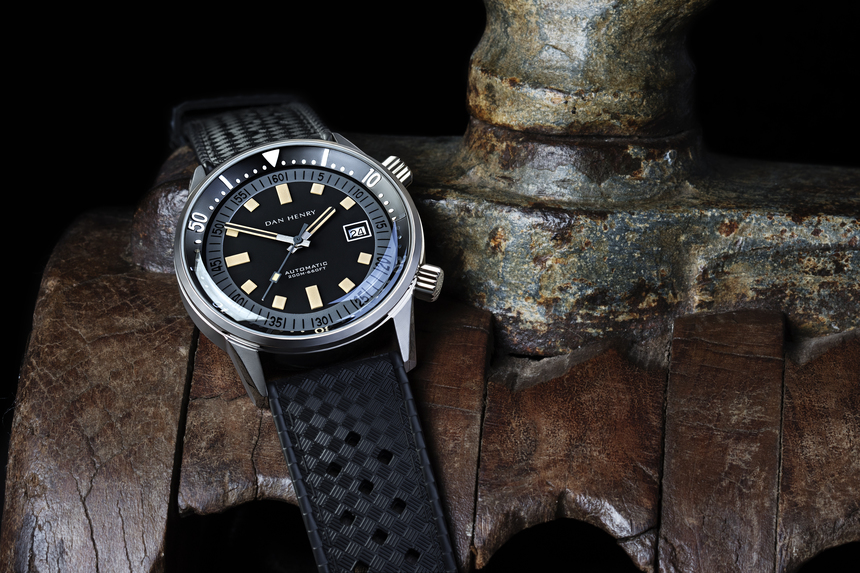 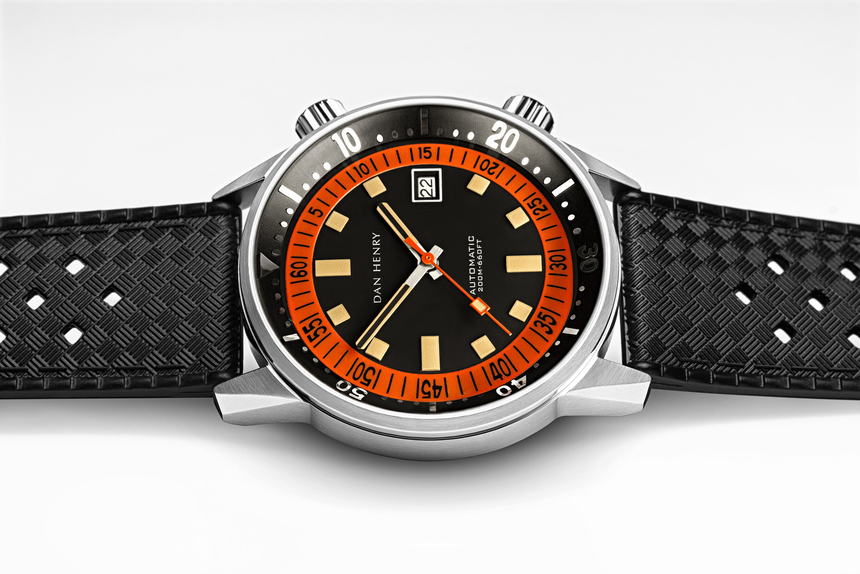 Chronological order would make sense, but we want to start with the piece that’s gotten the most attention and praise from owners, the Dan Henry 1970. A serious diver, the 44mm-wide watch is water resistant to 200 meters and stays aesthetically true to classic dive watches from the 1970s. The matte black, orange, and patina accents on the two dial options don’t stray from divers from this era, and it’s a watch we’re really proud of. As for the movement, the 1970 has a Seiko Caliber NH35 automatic movement that gets 41 hours of power reserve. On the case back is an engraved octopus and the watch comes on a silicone strap. 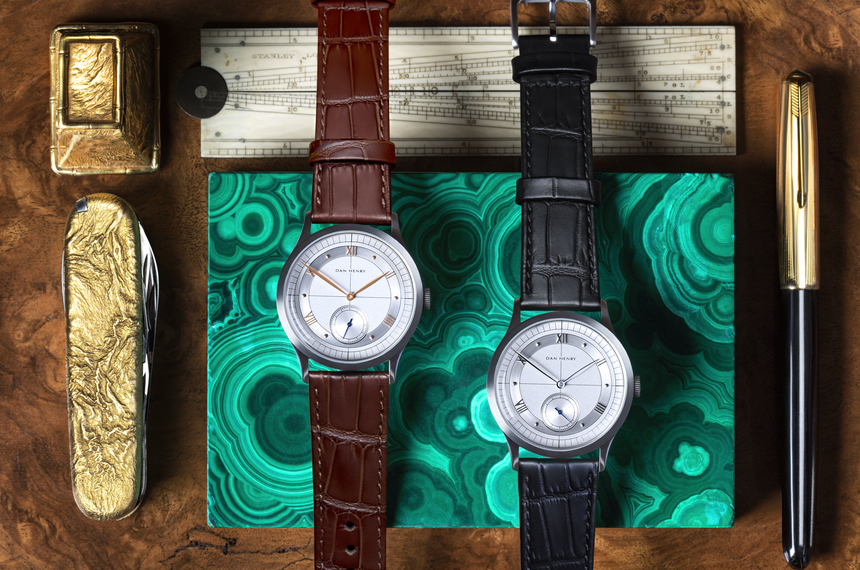 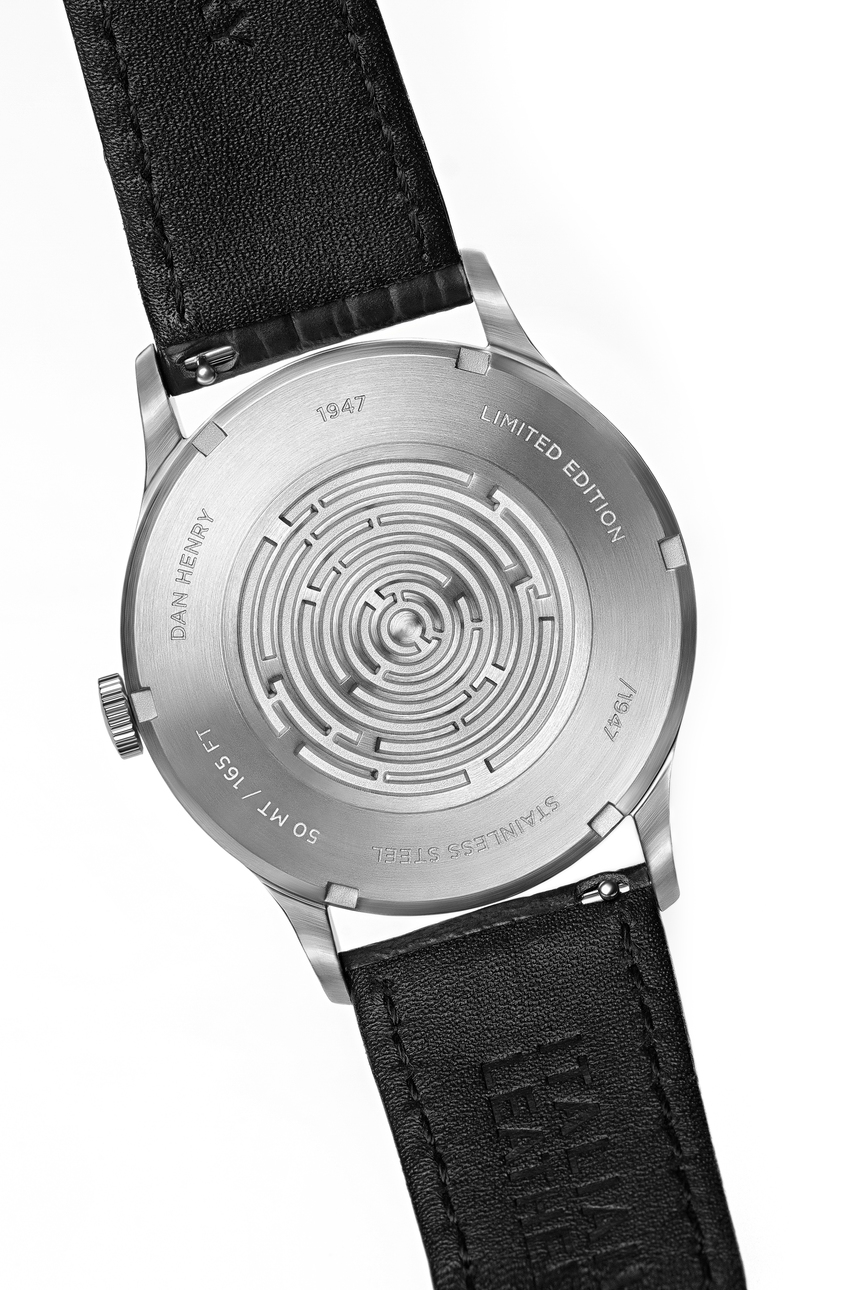 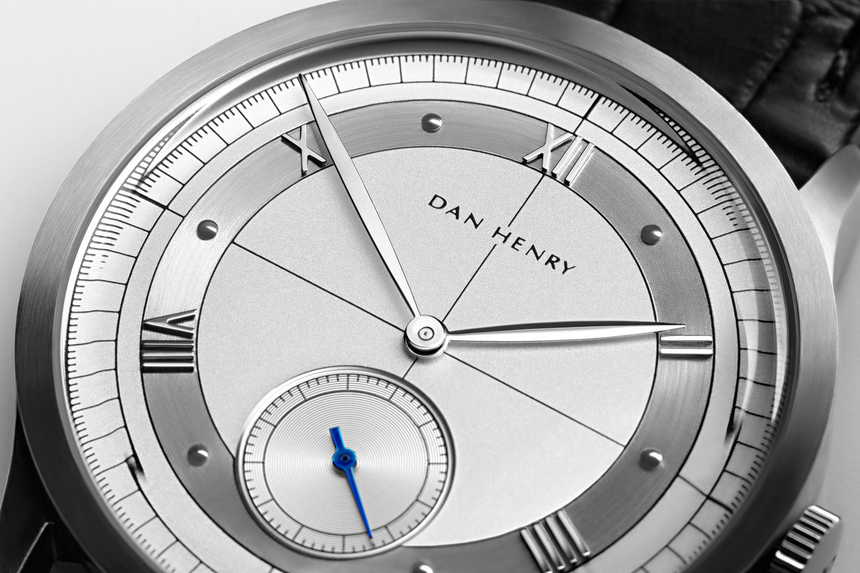 The Dan Henry 1947 is a 40mm dress piece inspired by the Omega cal. 332 as well as a vintage Calatrava he owns. Made in simple stainless steel with an engraved maze on the case back, the 1947 has a clean dial with a brushed chapter ring contrasting with the dial color. At 6 o’clock is the guilloched seconds sub-dial and…that’s about it! Keeping it simple, the 1947 has a quartz Seiko VD78 movement and a water resistance rating of 50 meters. 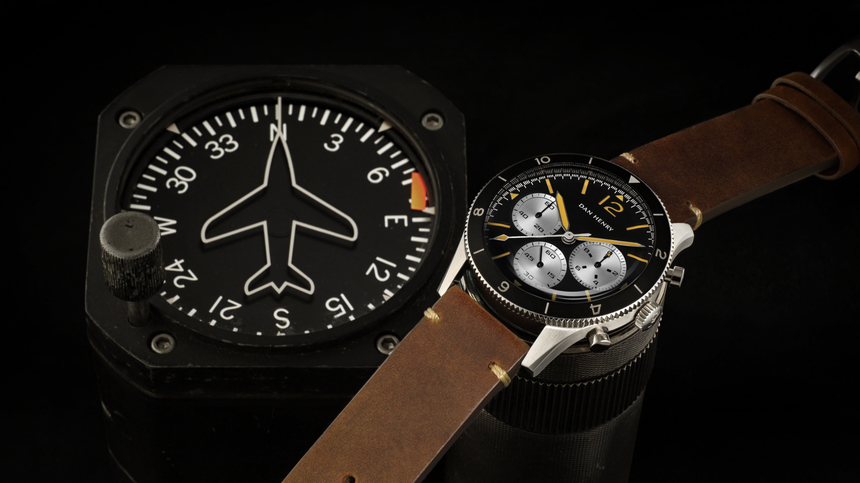 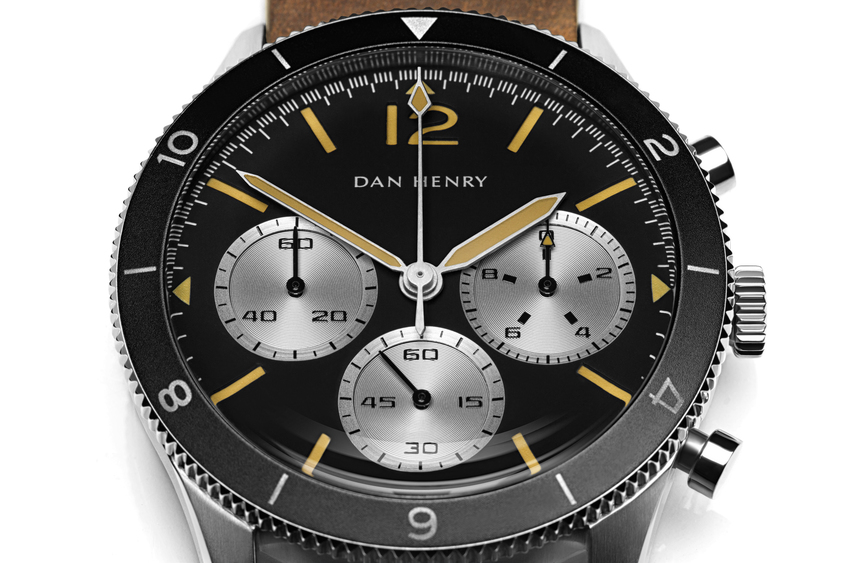 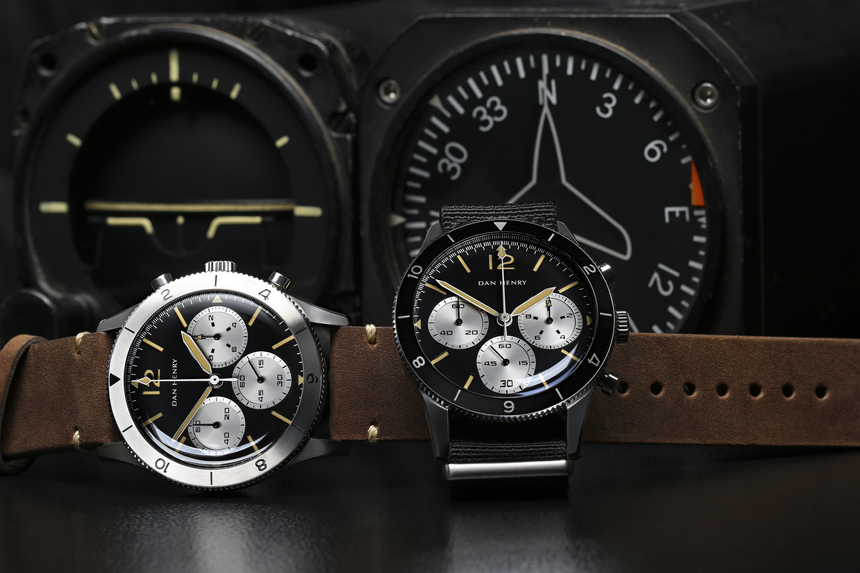 The Dan Henry 1963 is a sporty aviation watch that was inspired by vintage Breitling watches Dan collected, specifically the AVI 765 and 165CE. At 42.5mm wide with a rotating bezel, the 1963 runs on a Miyota 6S20 quartz movement powering the watch and its chronograph function. On the back of the case you’ll see the engraved 3D Lockheed Blackbird jet as a final tribute to these aviator watches of the past. A classic look with patina hands, numerals, and indices, legibility and style are given a premium here. 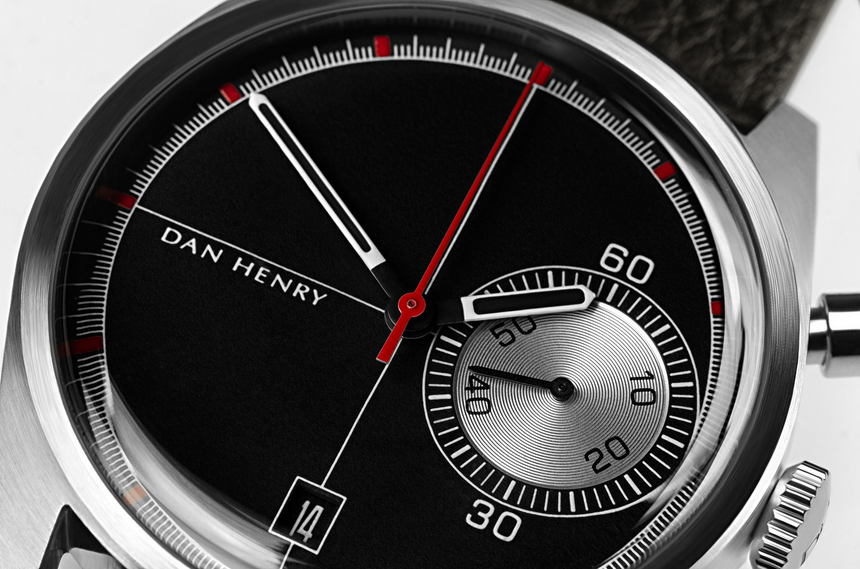 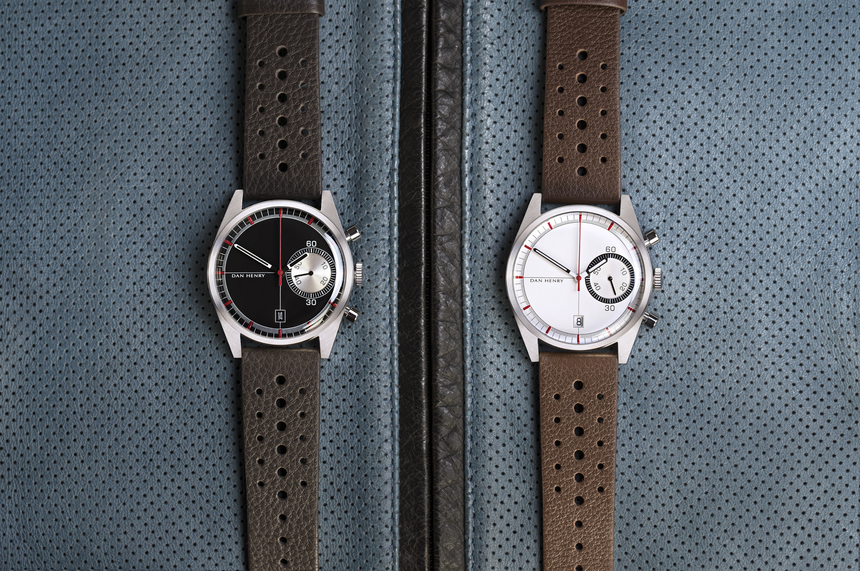 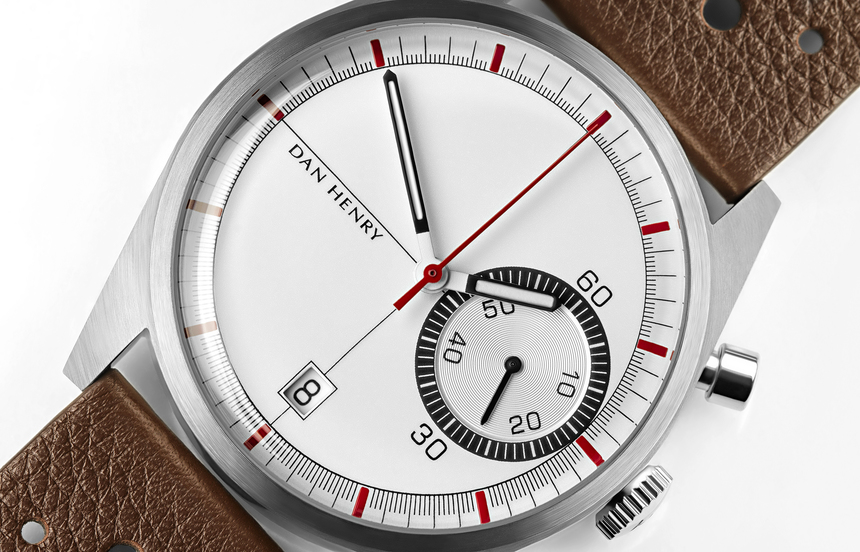 Things go in a different direction with our Dan Henry 1968 watch, a minimalist watch that doesn’t get that style confused with “boring.” The 41mm-wide watch is inspired by an apparent Omega Speedmaster prototype that never got produced, focusing on the color contrast of red, white, and black, and firmly planting its feet in appreciation of the aesthetic created by the imbalance and asymmetry of the dial. You’ll find a date window at 6 o’clock and chronograph sub-dial at 3 o’clock which creates an atypical but sleek design. The movement here is the same as the 1963, the Miyota 6S20 quartz. On the case back, you’ll find a 3D maze similar to that of the 1947. 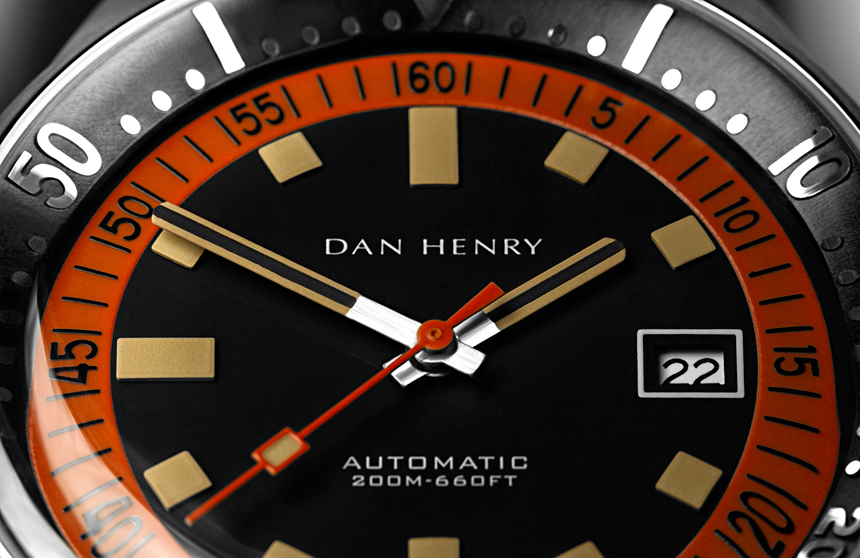 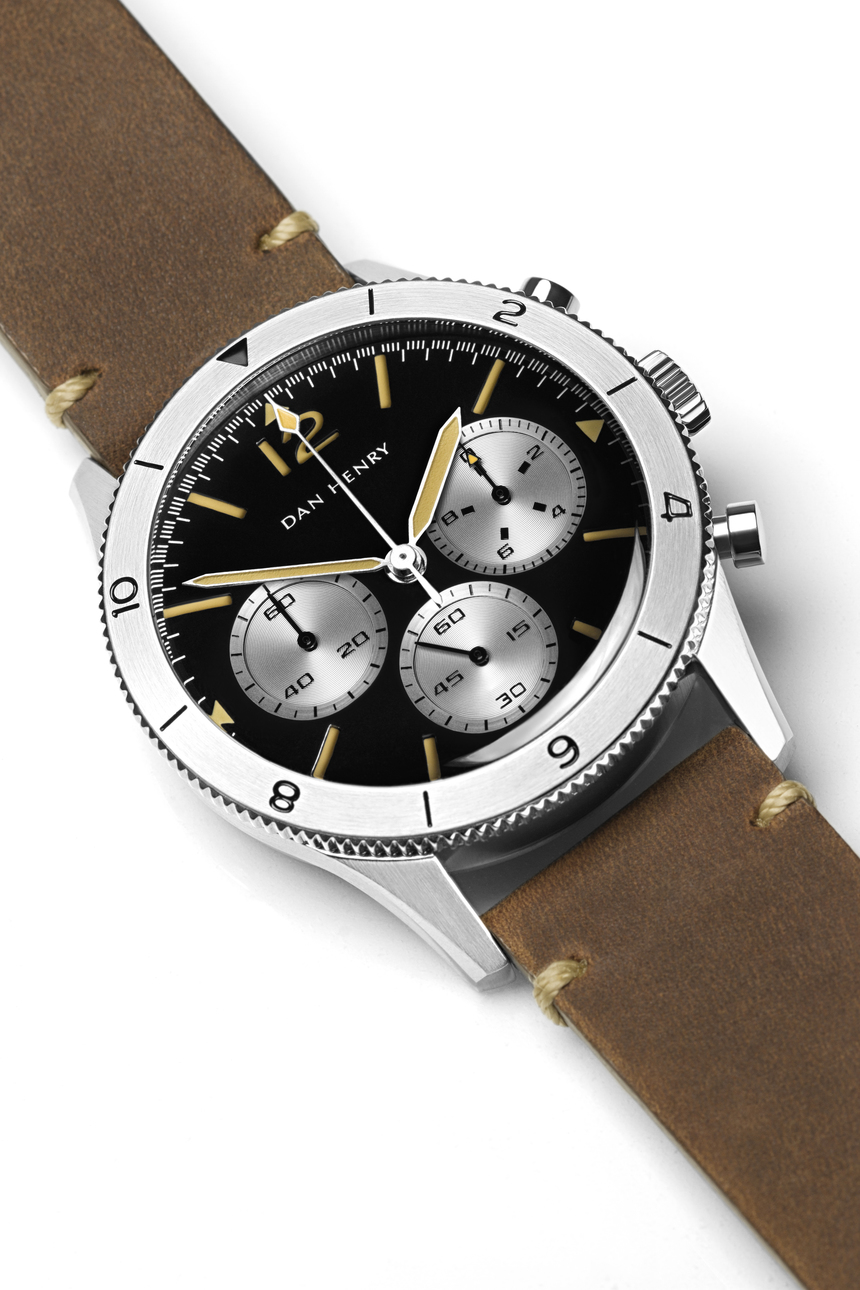 Dan Henry watches are created with a design sensibility firmly rooted in vintage watches and a focus on style, authenticity, and aesthetics. They are affordable so you can wear them every day without worrying about them but knowing you’ve got an aesthetically pleasing watch. Each watch is made in a limited edition determined by the model name. So, there are 1,970 pieces of the 1970 watch and so on. The Dan Henry 1970 is priced at $250, the 1947 is priced at $190, the 1963 is $230, and the 1968 is $200. danhenrywatch.com