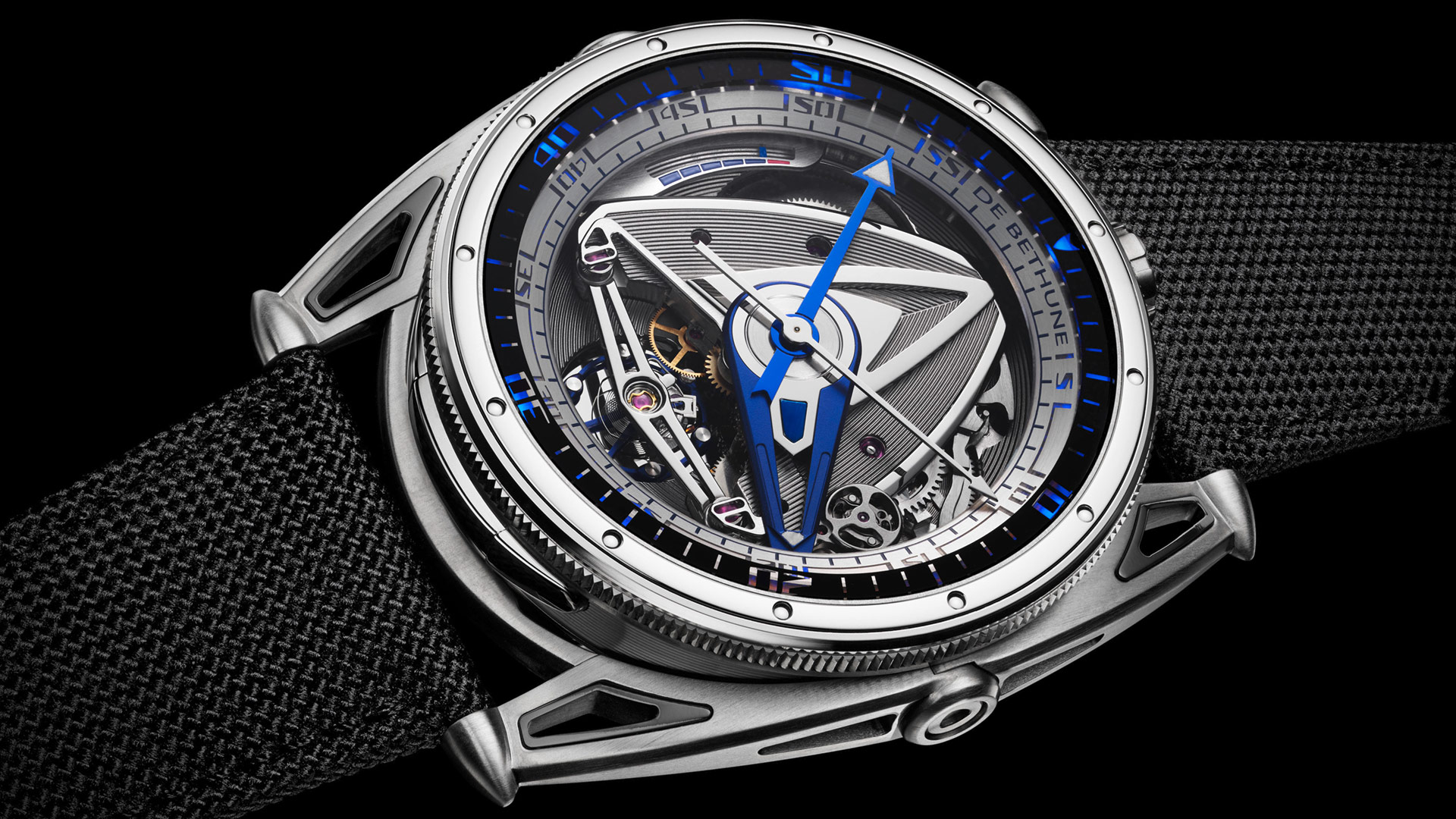 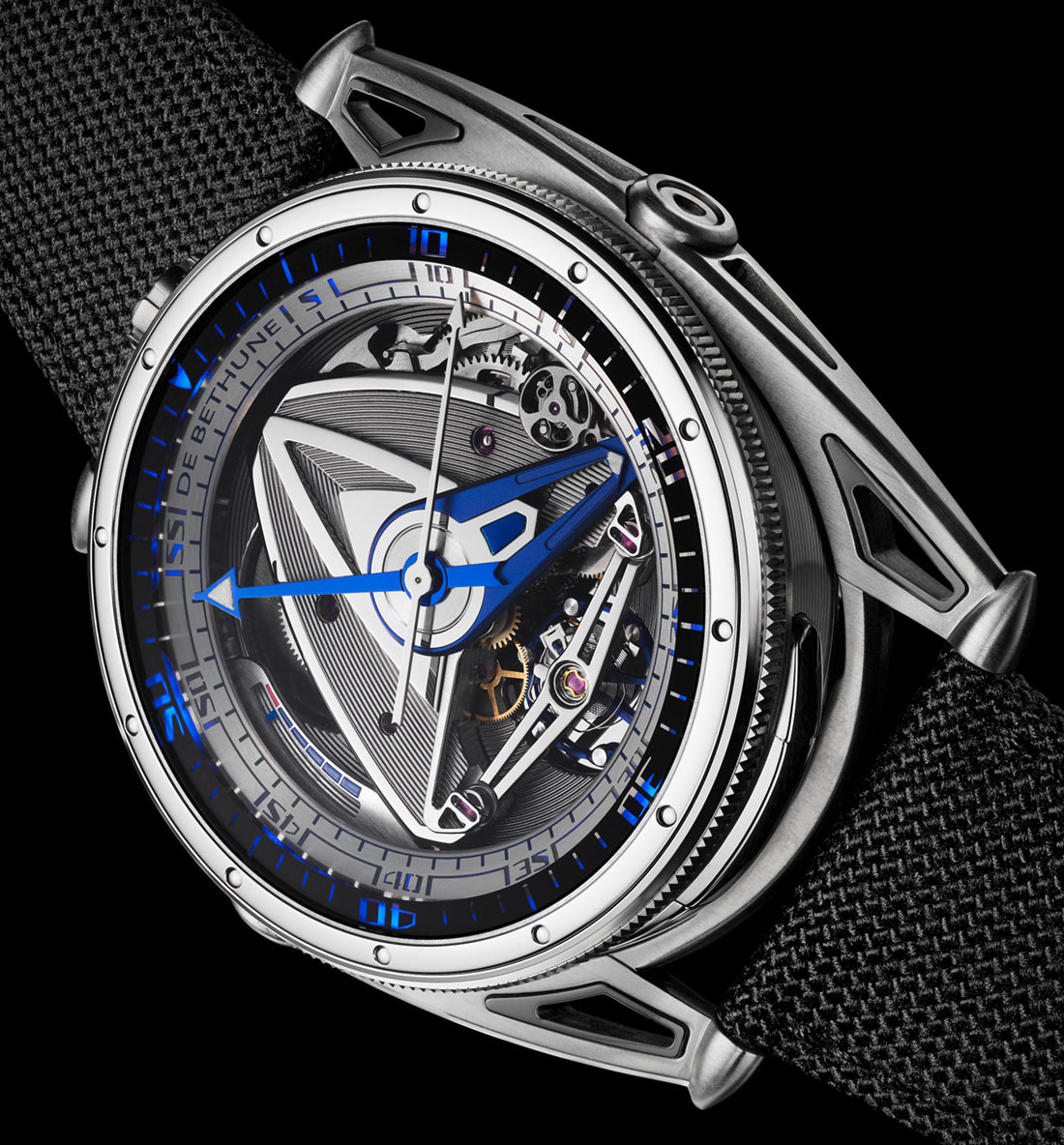 There are certain rather boring things that watchmakers almost always consider when designing a new model. Once the concept has been created and the brief set, the humdrum business of manufacturing feasibility, replicability, and cost has to be considered. That is unless you happen to work for DeBethune, and have just been given a blank piece of paper and a blank check to go with your head full of ideas. The De Bethune DB28GS Grand Bleu watch is a testament to this modus operandi, and is a continuance of De Bethune’s striking contribution to horology. 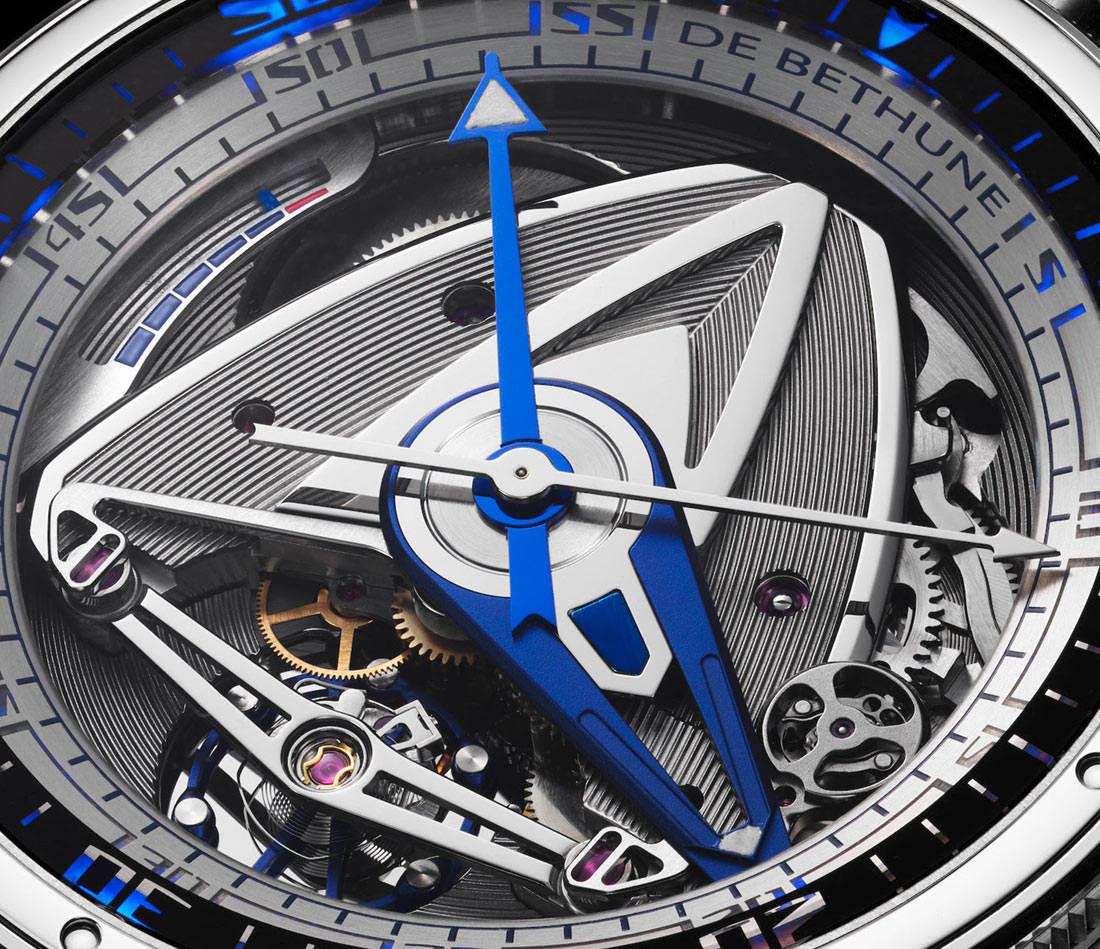 Billed as the brand’s “first sports watch,” the De Bethune DB28GS Grand Bleu is not the kind of timepiece I’d choose to hit the gym with. That’s not to deny De Bethune’s efforts to create a watch that offers something new and interesting. And they must be pretty pleased with the result because the press release contains more exclamation points than my kid sister’s Facebook status. 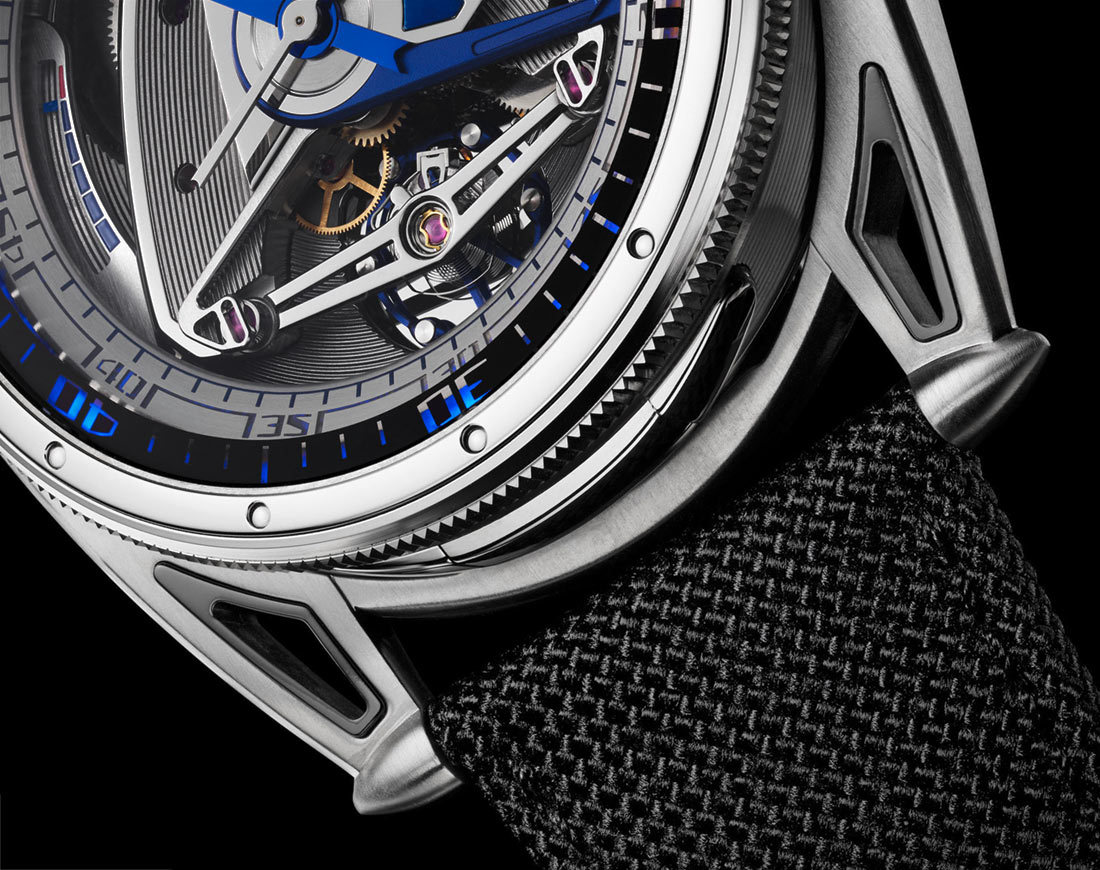 The De Bethune DB28GS Grand Bleu boasts a lot of “sporty” elements. The case is made of lightweight titanium and features De Bethune’s famous flexi-lugs. In addition to the form-fitting lugs, the watch is supplied with a comfortable and flexible rubber strap. Coolest of the bunch is a dynamo-driven lighting system that reduces the need for top-grade lume.

We’ve seen it before, perhaps most memorably in the HYT H4 Neo discussed here, but it’s always a pleasure to behold. A blueish white light source illuminates the dial for a few seconds, once it has been sufficiently charged. A pusher at six o’clock releases the energy stored in a second barrel (wound by the auto-mechanism). This energy, which travels through its own gear train, is enough to power the light for a few seconds. 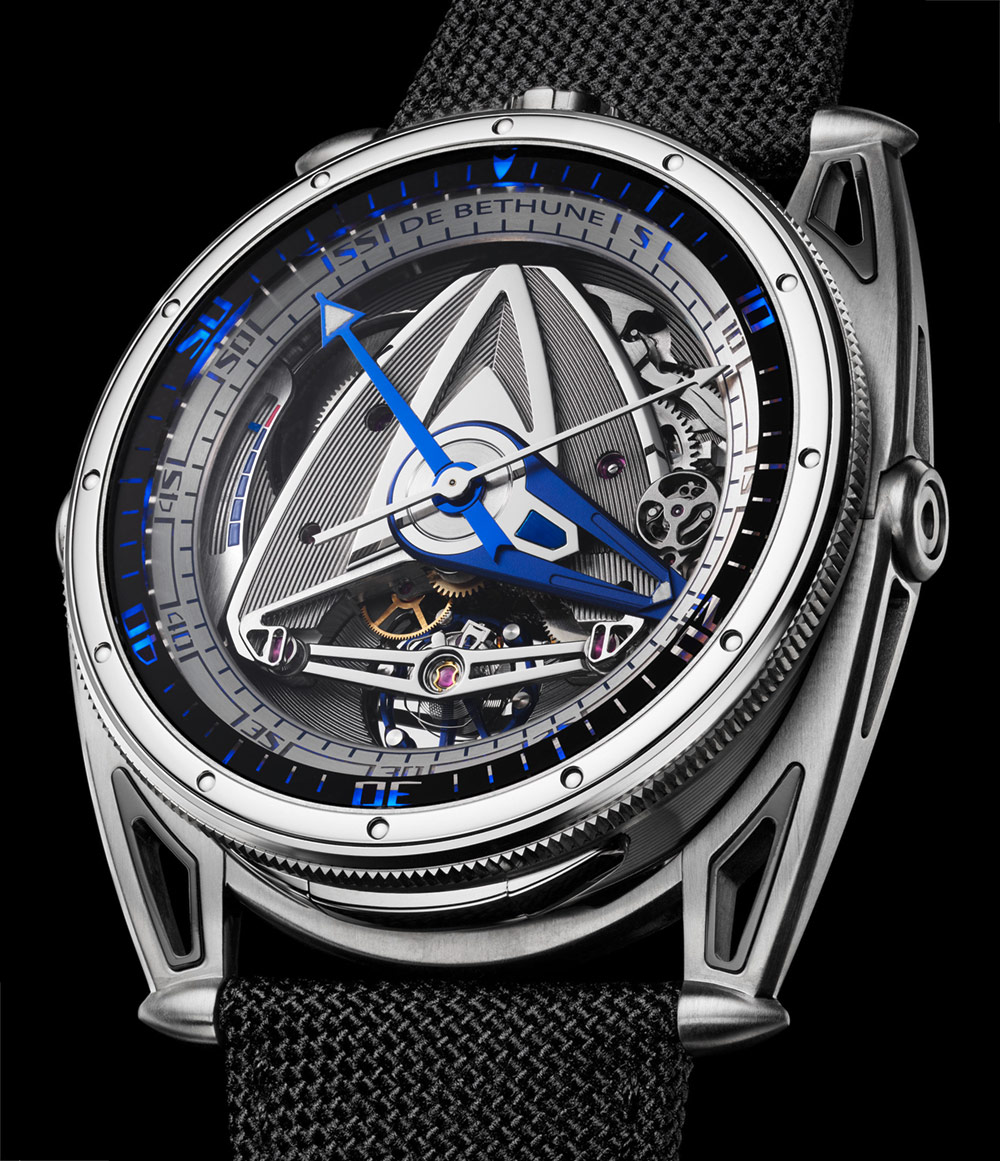 The De Bethune DB28GS Grand Bleu watch is very much on brand. While the addition of a lighting system is appreciated, it doesn’t necessarily make this a sports watch. In the same way that the Nomos Ahoi is not really a dive watch and rather inspired by dive watch design principles, so too does the De Bethune DB28GS miss the supposedly intended mark. In this case, though, it’s really because the watch is too good. Sports watches needn’t be cheap to be used in their intended environment, but they must be resilient. There appears to be too much external and internal delicacy in this model to inspire confidence that it could survive a beating. However, if anyone wants to lend me enough for its $93,500 price plus taxes to give it a thorough test drive, I’m game. Learn more at debethune.ch