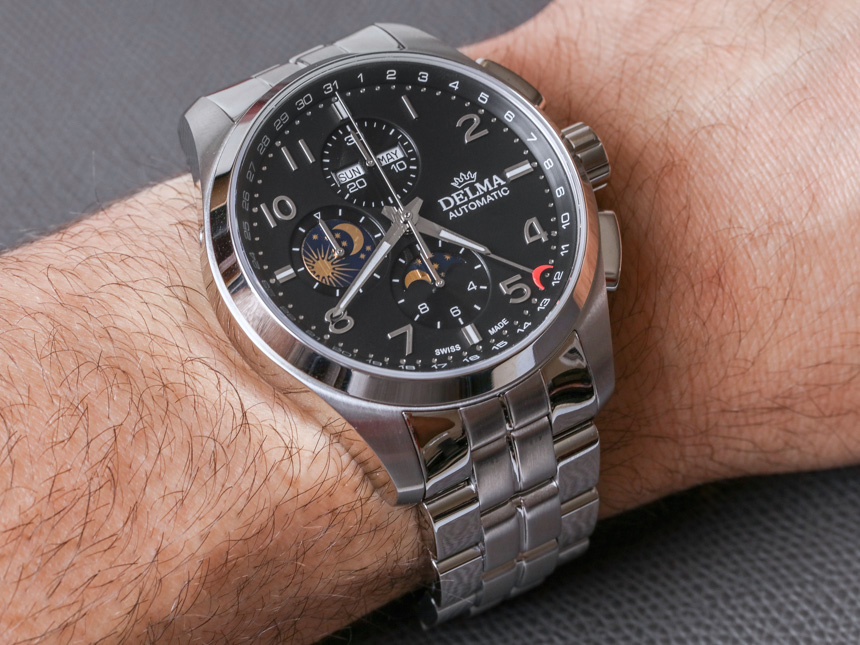 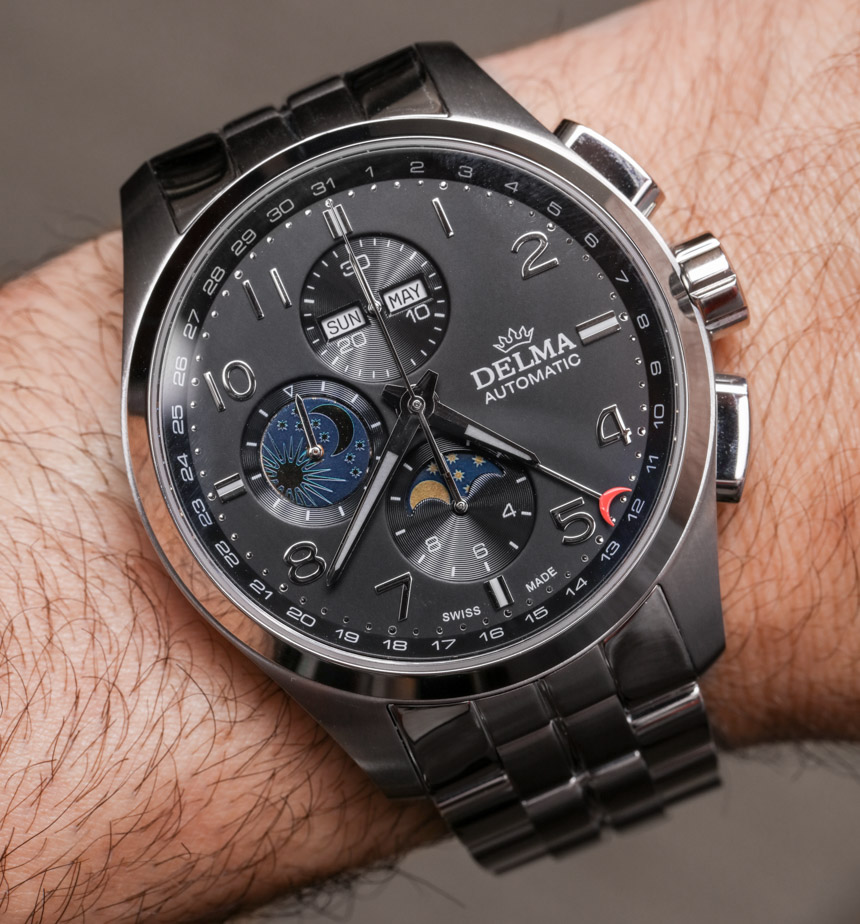 Watch brands like Delma are best for watch consumers looking less for a big company name, and more for a product focused on a particular form or style. The Switzerland-based company is more about offering a Swiss watch experience at a good price, and less about experimenting with new designs and aesthetics. That makes most Delma timepieces conservative in how they look, which the brand probably feels helps them appeal to casual high-end watch lovers. The Delma Klondike Moonphase is the brand’s answer to the question; “how would we make a watch with a Valjoux 7751 movement?” The result is a bit of a design hodgepodge, pulling mostly from the world of dress timepieces to create a large watch with a lot of sporty elements. 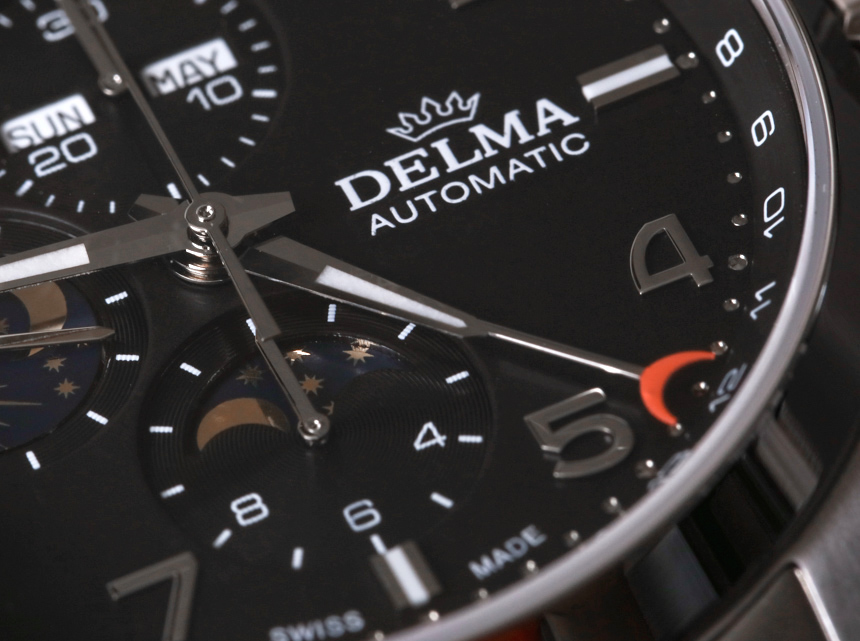 It was as if Delma wanted to produce a watch this size, but perhaps felt as though a full-on sport look might have alienated some potential buyers. The outcome of this mixture is a 44mm wide steel watch that is 14.8mm thick and water-resistant to 200m. 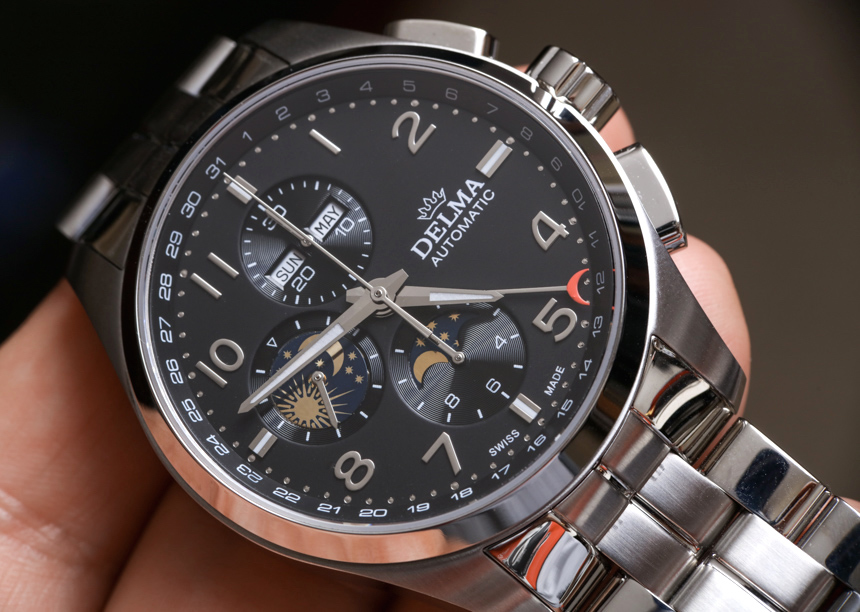 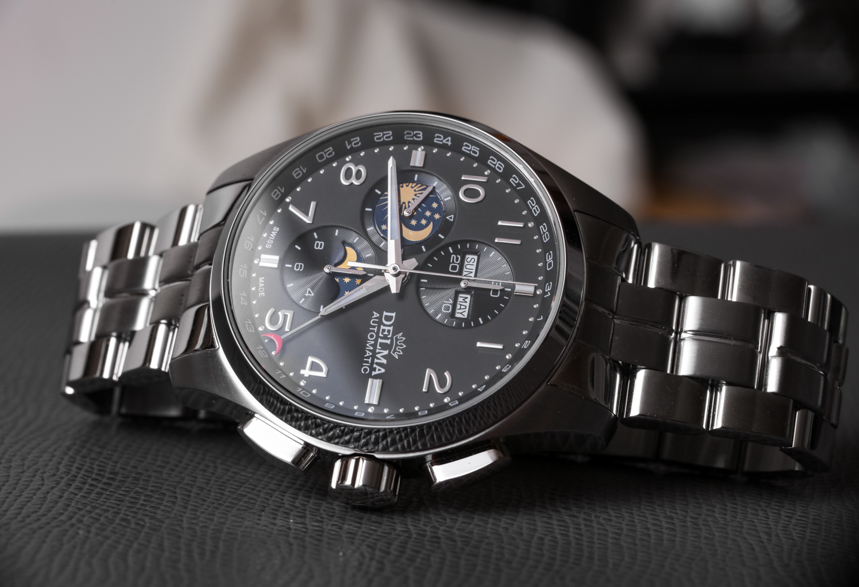 Delma includes most of the features you would expect from a timepiece at this price point. Over the dial is a sapphire crystal, dial detailing is pretty good, and the case polishing is nice. You get a good sense of visual heft when holding the piece in your hand, along with the feeling that you are indeed holding a serious, traditionally-themed mechanical timepiece. 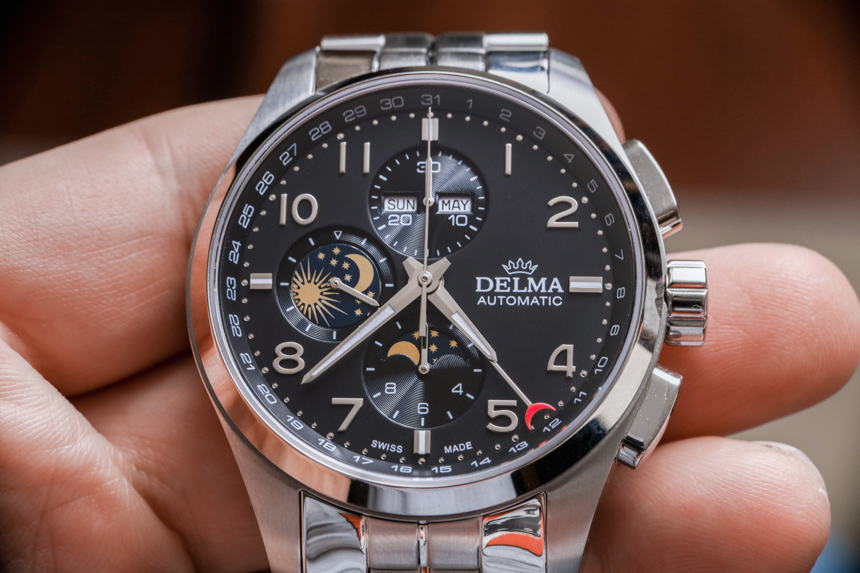 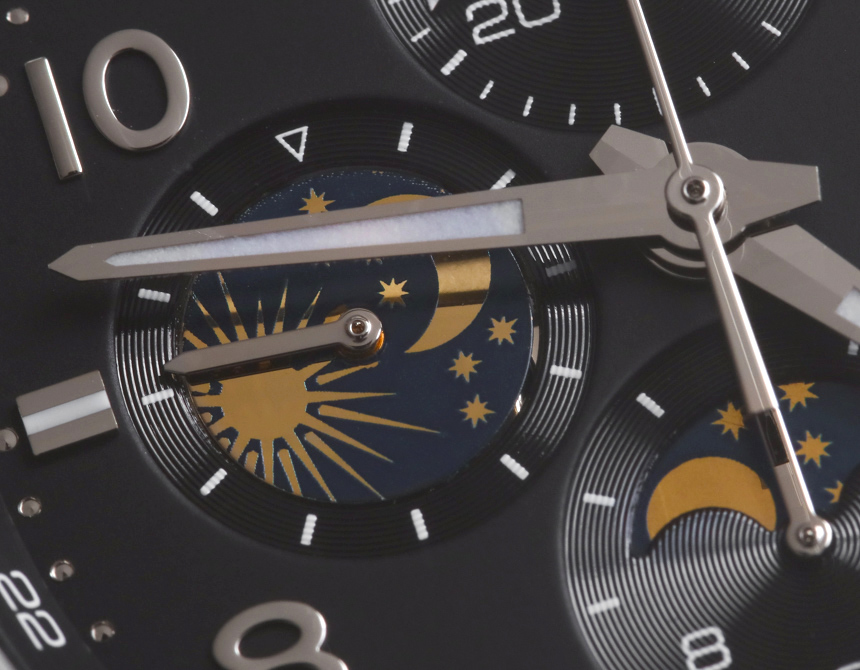 One of the original design elements that Delma added to the execution of the 7751 movement is the replacement of the synchronized 24-hour hand with a disc. The left sub-dial has a main hand used to indicate the running seconds, and typically a secondary, inner hand showing the current time in 24-hour format. If you aren’t a fan of military time, this function serves as an AM/PM indicator (and you’ll use it a lot more than you think). 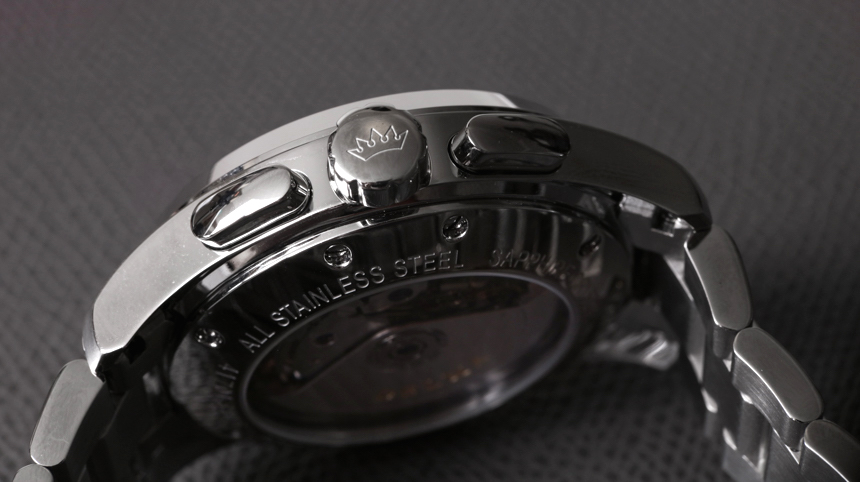 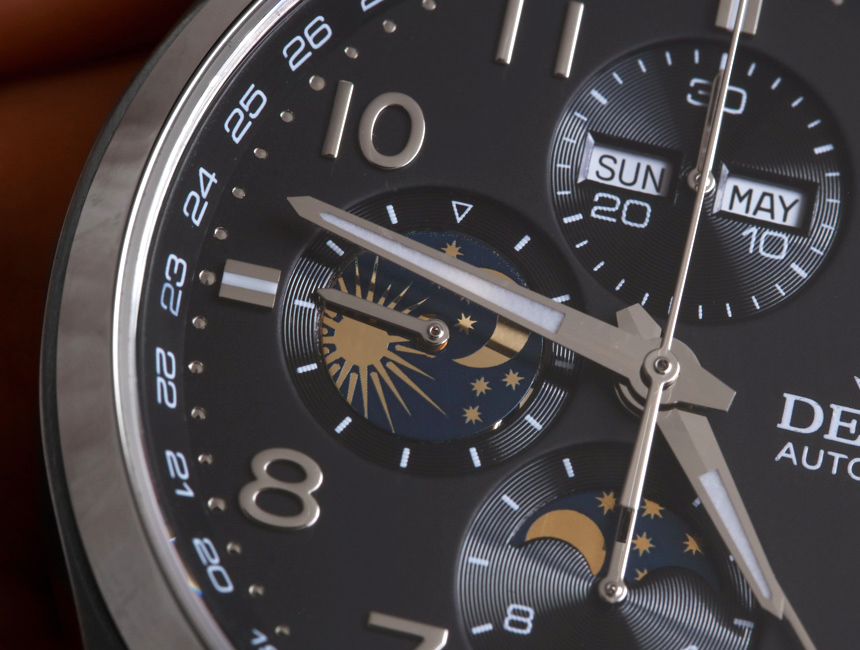 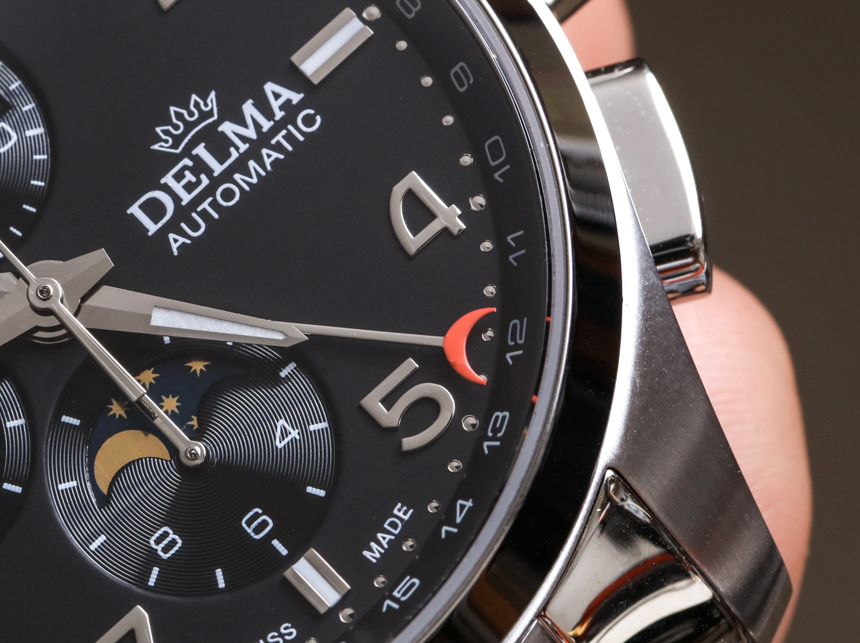 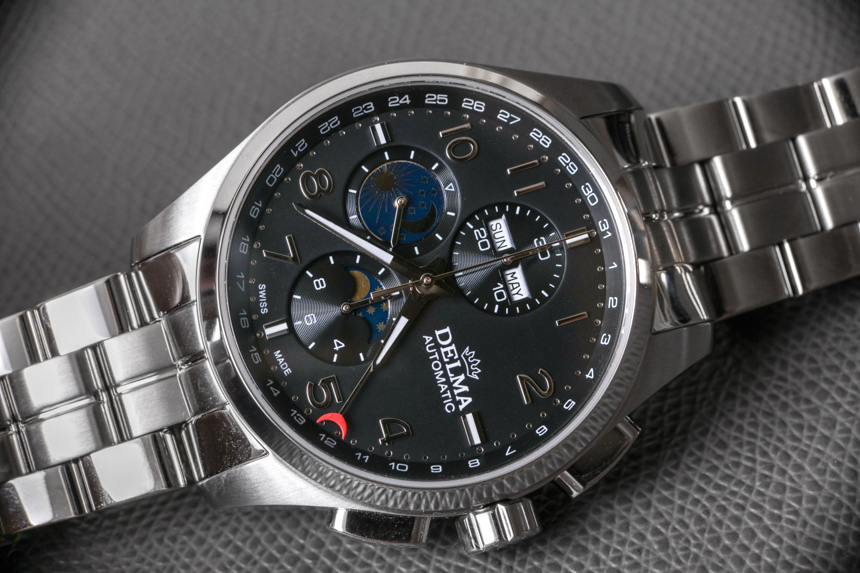 Other than the disc for the 24-hour indicator, Delma does their best to produce a timepiece that faithfully embraces the full and standard functionality of the Swiss ETA Valjoux 7751 automatic complete calendar movement. This is essentially a Valjoux 7750, but with a module that adds the calendar system. The dial has small windows for the day of the week and month neatly placed in the subsidiary dial toward the top, along with a pointer-style date indicator. While I have a few Valjoux 7751-based watches and generally admire them, I’ve never been a big fan of pointer-style dates. I don’t even look at the date that often, so it really isn’t worth it to me to have the long hand cutting through the dial in order to indicate it. The 7751 is a great movement for the money, with the only real downside being that it has a complete versus annual calendar, which means you need to manually adjust the calendar a bit more each year. No big deal. 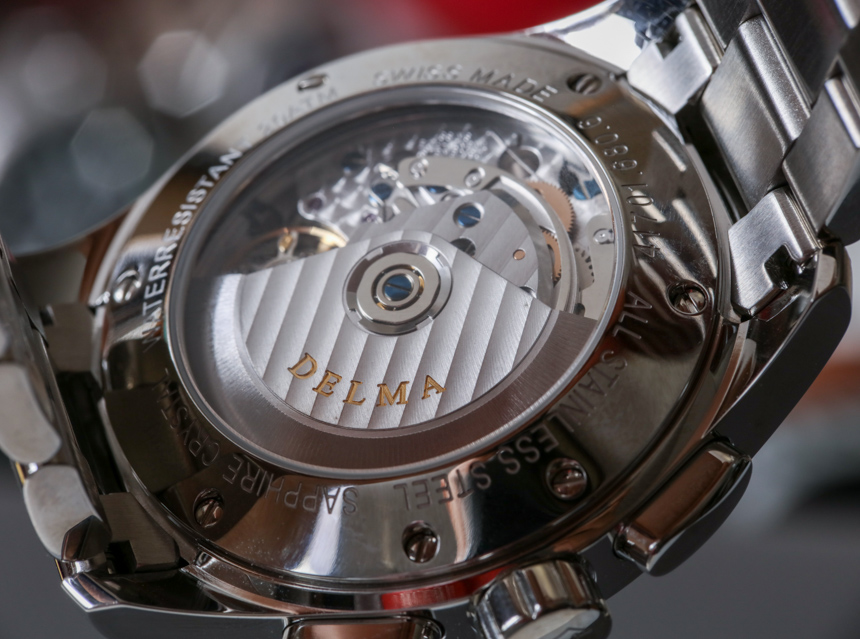 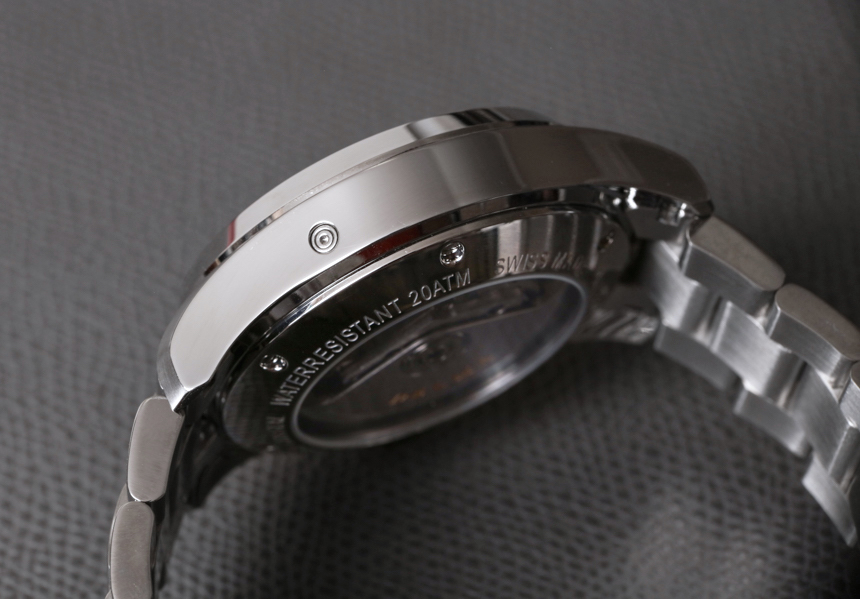 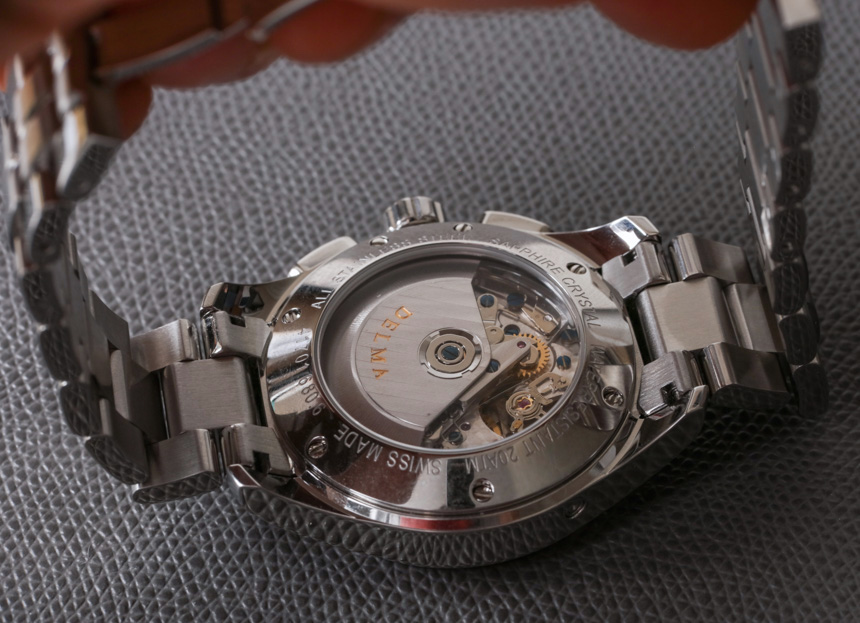 Of course, the watch retains the 12-hour chronograph system, which comes from the 7750 part of the movement’s origins. In addition to the crown and two pushers on the right side of the case, there is an inset pusher on the upper left of the case which is part of the calendar adjustment system. The automatic movement operates at 4Hz with just over two days of power reserve. You can view the movement through the sapphire display caseback.