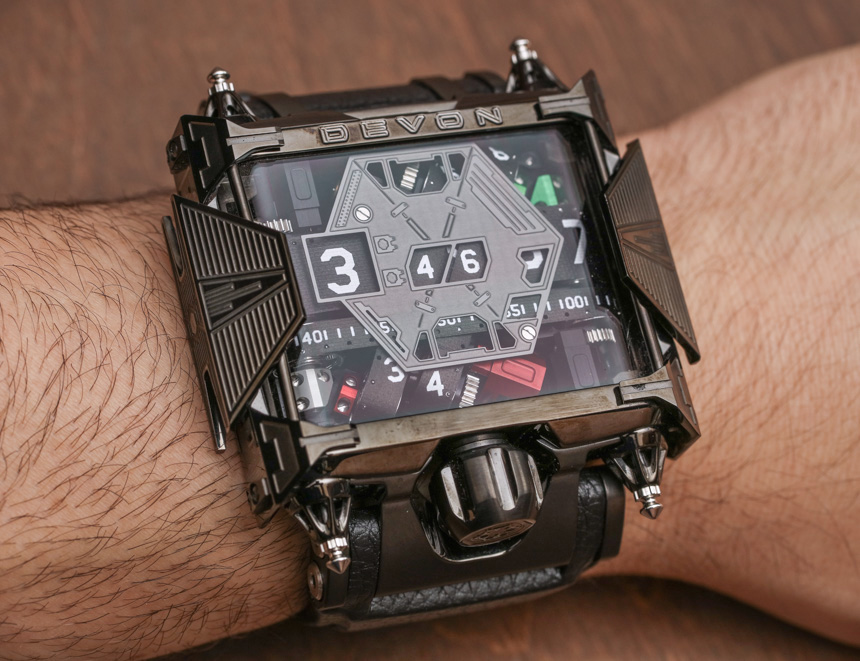 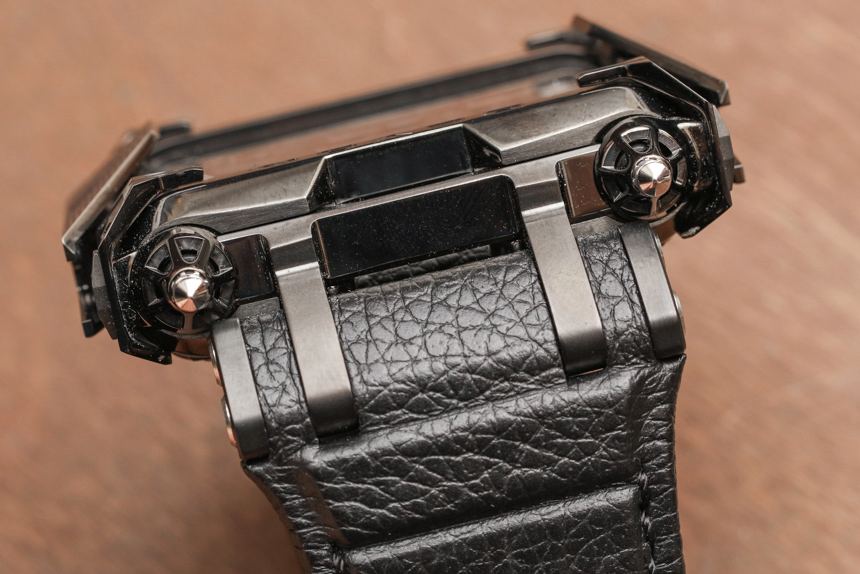 While the Devon Star Wars is more comfortable than its massive dimensions might suggest, this is still an almost absurdly large watch to wear for most occasions. If you are the type of person to attend large-scale Star Wars gatherings and need a timepiece that will make even the most detailed of costume-clad guests envious, well then this is the item for you. Otherwise, the average consumer may very well find it a challenge to wear the Devon Star Wars watch comfortably. 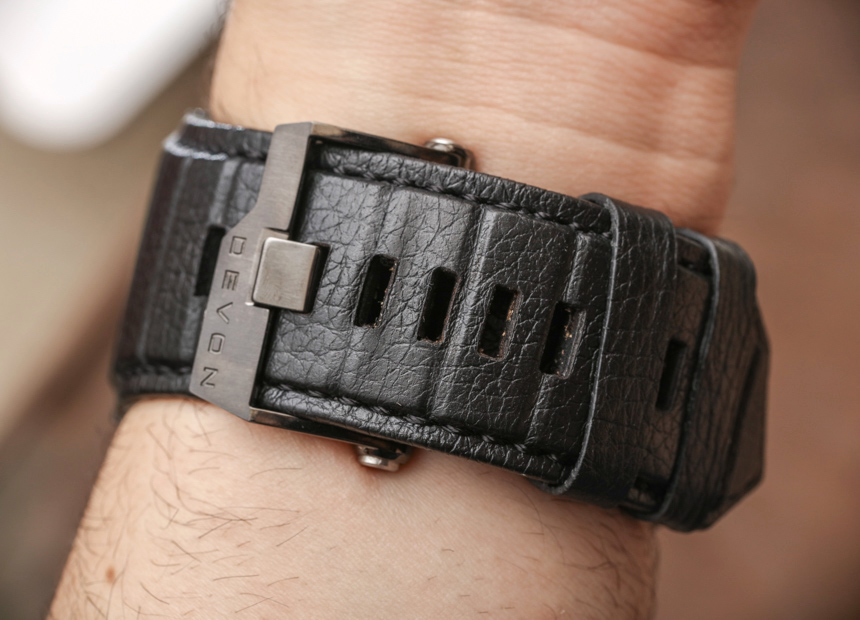 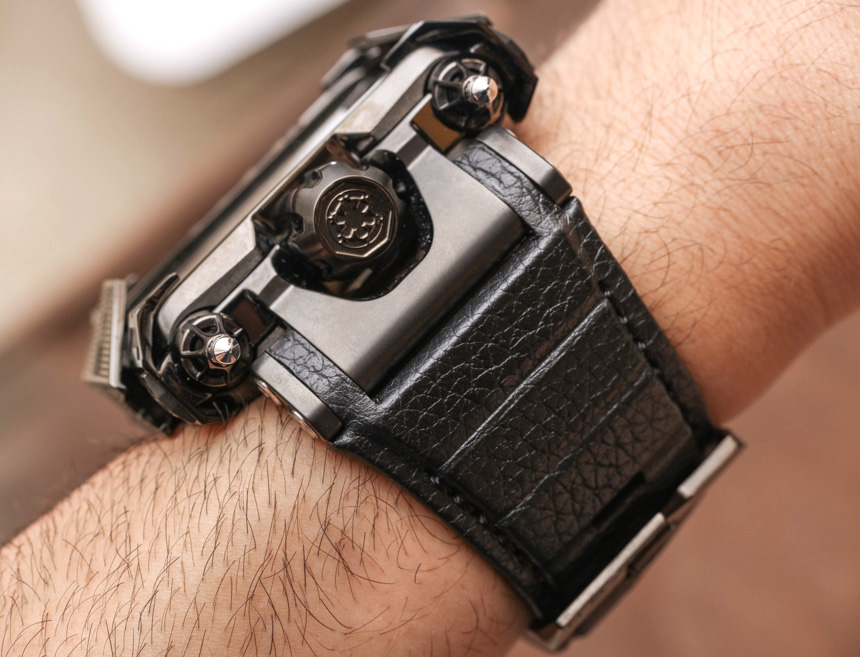 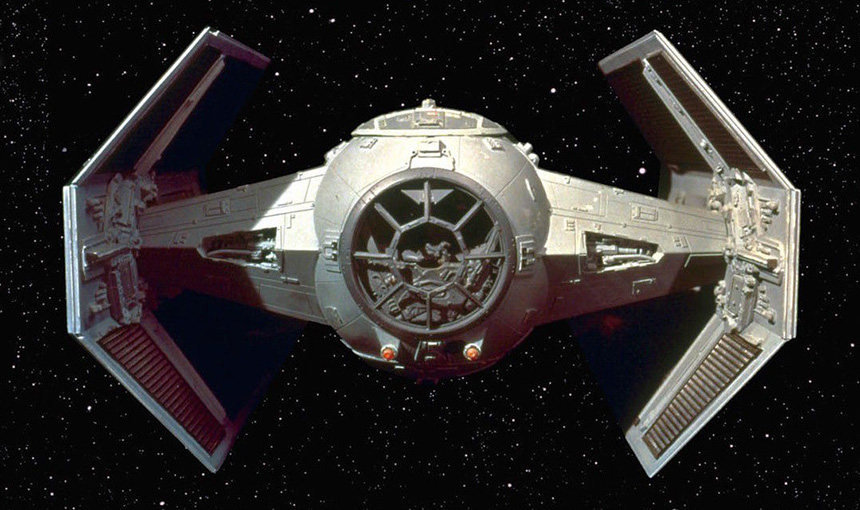 In black DLC-coated steel, the case is just over 60mm wide, about 22mm thick, and about 70mm lug to lug. This is larger than the standard Tread 1 because of the additional “body cladding.” Notably, the case flanks are inspired by the wings of the Imperial Tie Fighter, and the jutting elements on the corners are inspired by Darth Vader’s helmet construction. The logo on the crown is the “Imperial crest” of the Empire. In pretty much all respects, the Devon Star Wars watch is influenced by “the dark side” in terms of being all about the evil Empire. Devon was clearly thinking of a character like Darth Vader who might wear a timepiece like this. If you are more sympathetic to “the light side” or the Rebellion, then there aren’t going to be a lot of design elements in a timepiece like this to suit your preferences. 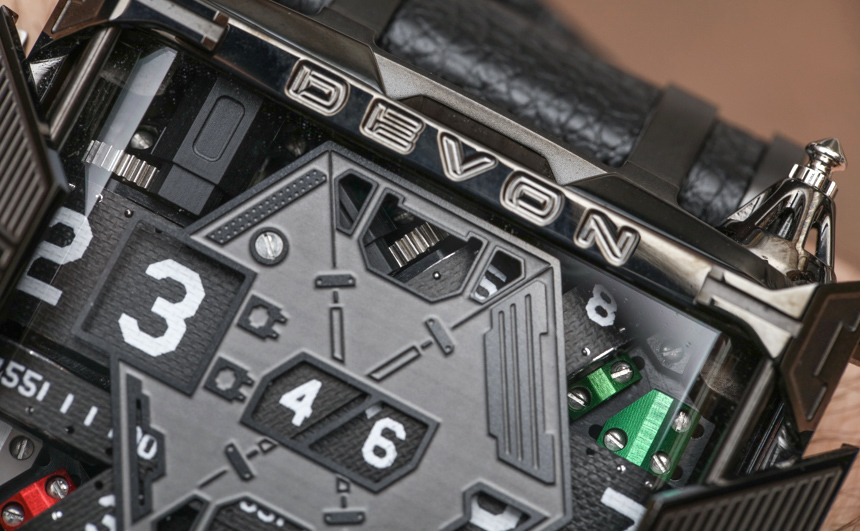 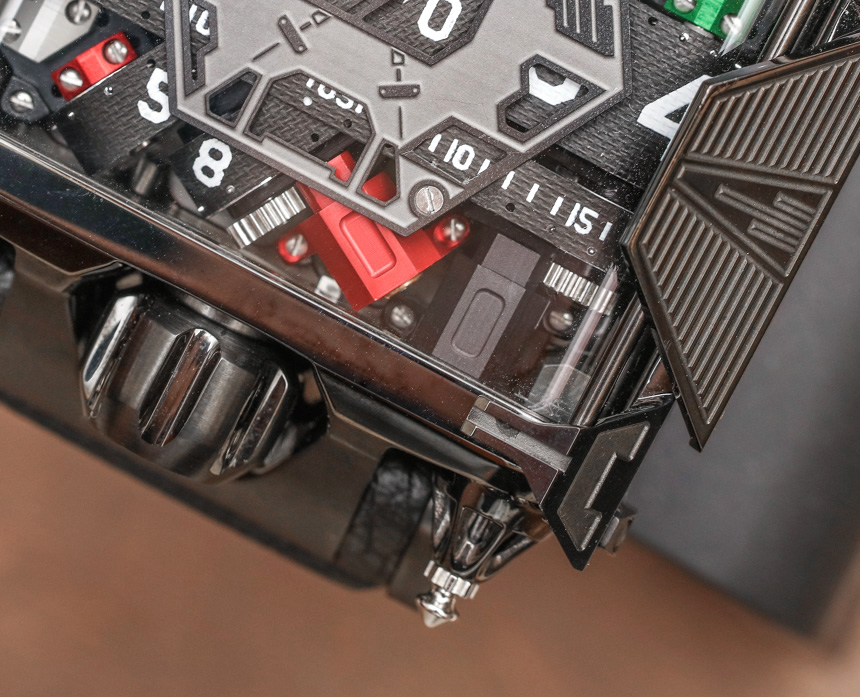 I am actually a bit surprised that Devon did not follow up – though they still might – with another Star Wars watch inspired by other aesthetic elements of the Star Wars universe. I am quite sure that if there were a Devon Tread 2 themed after the Millennium Falcon, they would sell a slew of them. Well, sell enough of them at least. The overall design of the Devon Star Wars is sort of all over the place. It is rich with detail, but short of what I would call a very cohesive theme. Though it is at the end of the day a specially branded version of the Tread 1, and it maintains the appeal of the original while including interesting elements from the Star Wars universe. 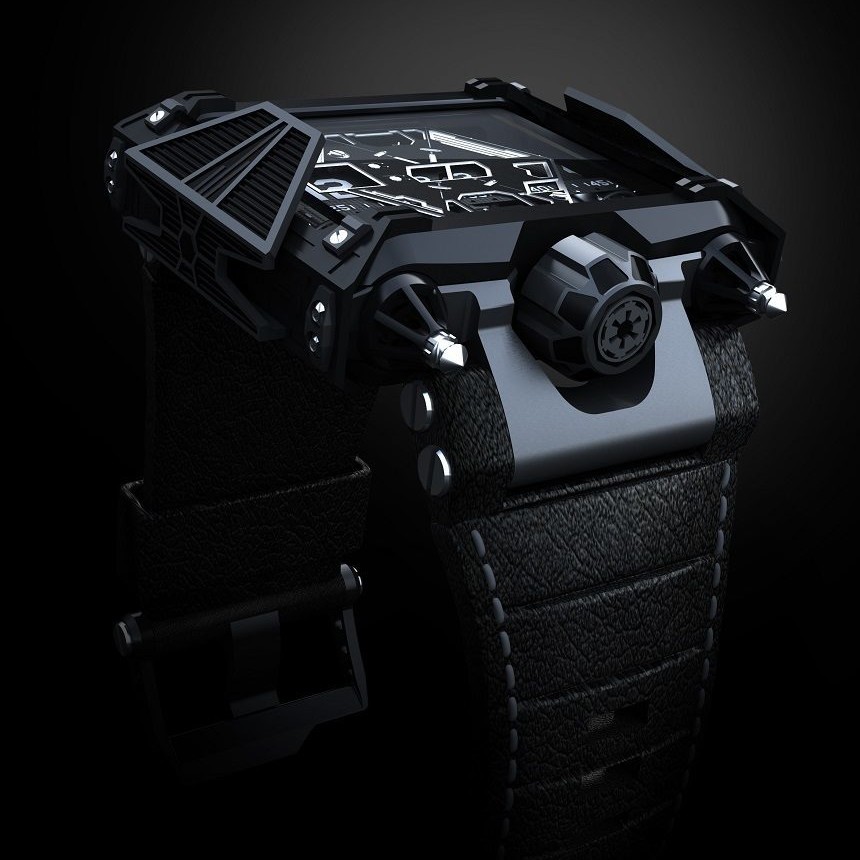 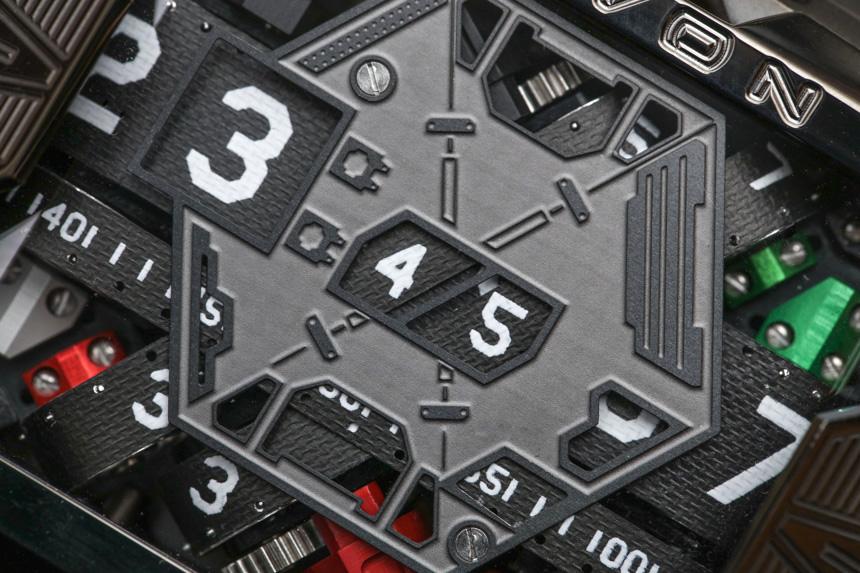 I will say that legibility is actually pretty good, but you have to recall that the Tread 1 is a rather loud watch, literally. That is because of the constantly “ticking” seconds belt. Thankfully, this element can be turned off so that the watch only makes noise each minute. After all these years, my favorite feature of the Tread 1 is the simple act of turning it on or off. In order to save battery power you can turn off the watch and it reset to “12:00.” This is too fun not to do all the time, and I wager that more people will spend more battery power doing this, as opposed to saving battery power by turning it off. 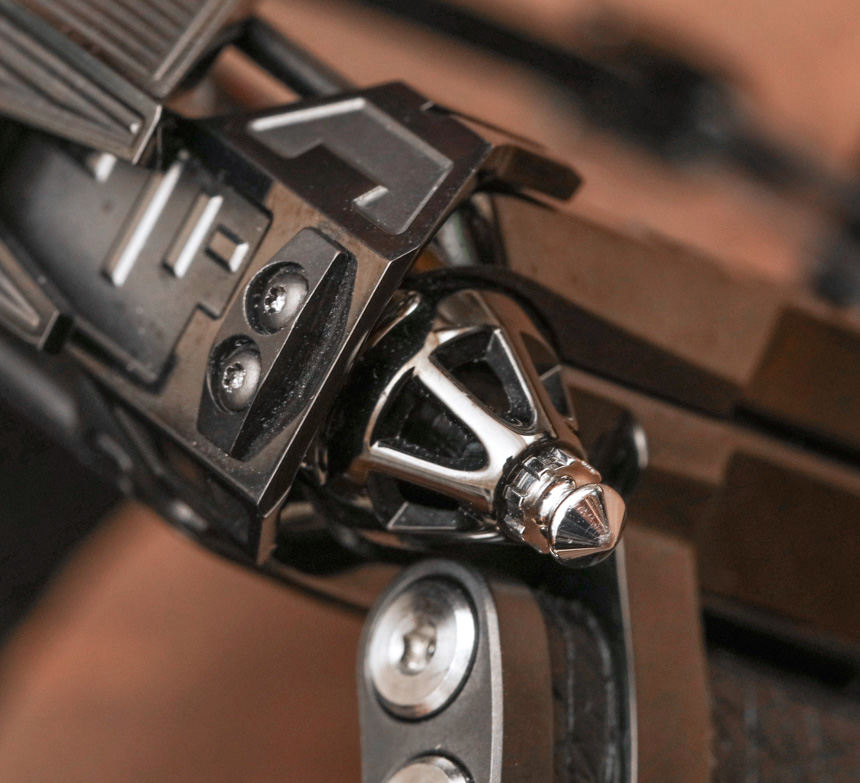 If I recall correctly, Devon claims that on average the Tread 1 has about two weeks of battery life using the internal lithium ion battery. The watch comes with a charging stand as well. Given the premise of the watch and how it works, I personally feel that this volume of battery life is sufficient for most people. 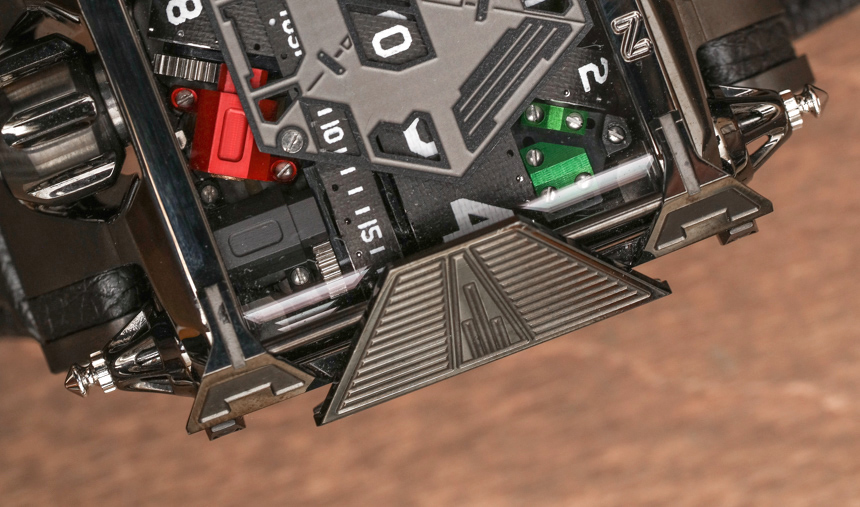 Viewing the internal components through the plexiglass crystal is another highlight of the Tread 1 experience. The Star Wars version has some different parts for cosmetic reasons, but is functionally the same as the standard Tread 1 model. Note the cool use of some red and green colors mixed into the otherwise monochromatic look of the timepiece. 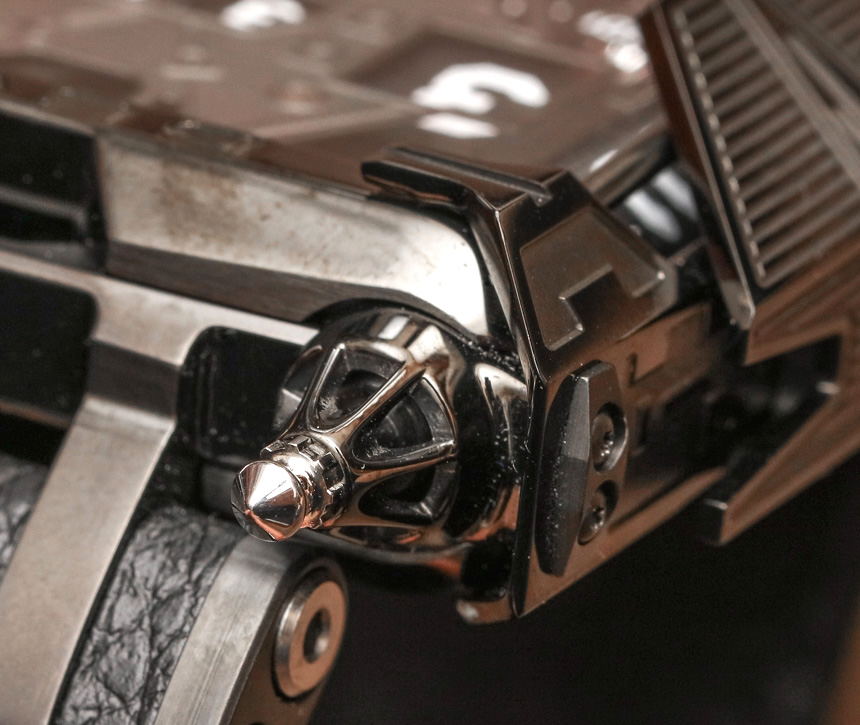 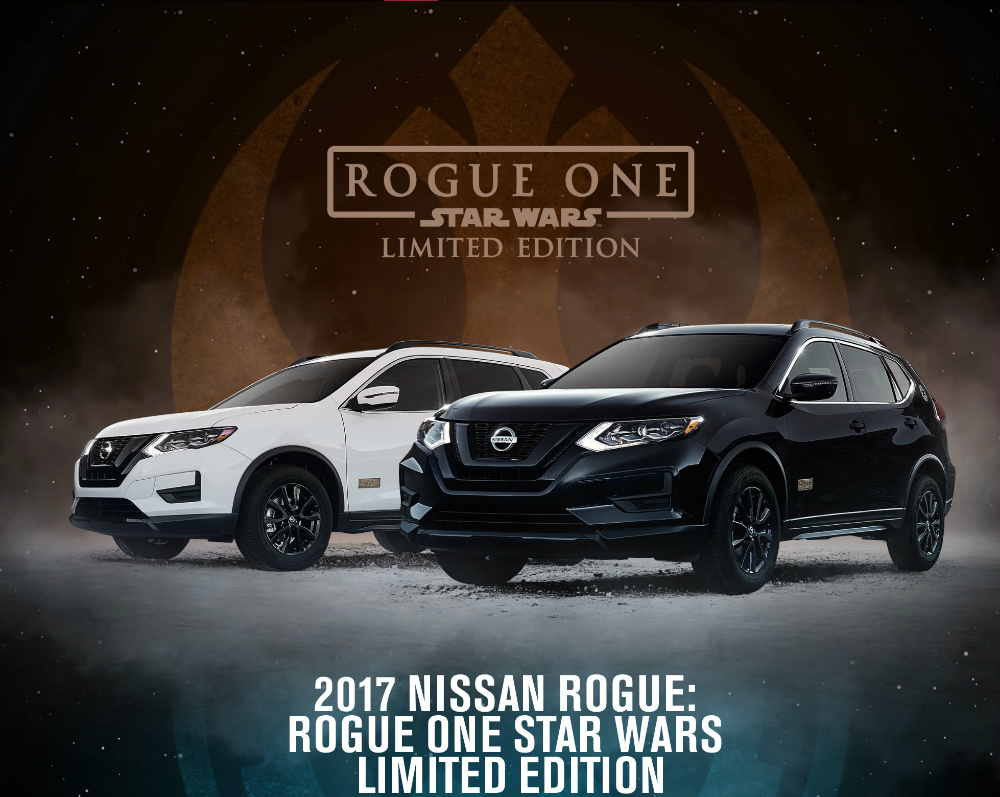 Not all Devon watch fans will enjoy the Devon Star Wars, and not all die-hard Star Wars fans will enjoy this watch. As I suggested at the beginning of this review, it takes a special breed of watch lover and Star Wars fan to find enough familiar features and emotional appeal to get behind a watch like this. Perhaps most important is not only having the disposable income to afford it, but having at least a few times during the year that you can suitably wear it. As a collectible, however, this is an awesome item – if only for how unpredictable it is in the otherwise massive universe of Star Wars-branded stuff such as the Nissan Rogue “Star Wars: Rogue One” car which costs a mere $450 more than this watch. 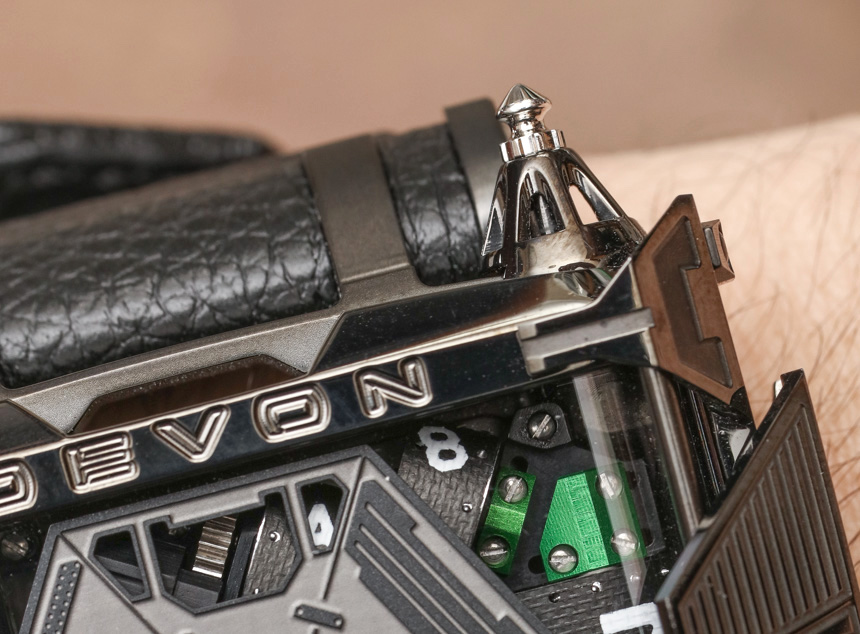 Price for the limited edition of 500 pieces Devon Star Wars is $28,500, which is almost $10,000 more than the standard Devon Tread 1 watch. Aside from licensing fees and increased production costs due to the more complicated case, I can’t really account for this vast increase in price. Then again, such is the case very often when speaking about items in the luxury watch universe. At least you can still purchase a few of them on Devon’s website. devonworks.com

Necessary Data
>Brand: Devon
>Model: Star Wars
>Price: US$28,500
>Size: About 60mm wide
>Would reviewer personally wear it: Yes, in the right context, that is.
>Friend we’d recommend it to first: Large watch lovers who want a “show-off piece” to demonstrate their absolute love of Stars Wars and disposable income… in the boldest way possible.
>Best characteristic of watch: Wildly unpredictable as a member of the Star Wars merchandise universe. Maintains the appeal of the original Tread 1 that lends itself well to the overall aesthetic.
>Worst characteristic of watch: Large and unwieldy to wear for many people. Loud operating when seconds belt is activated. Very expensive.