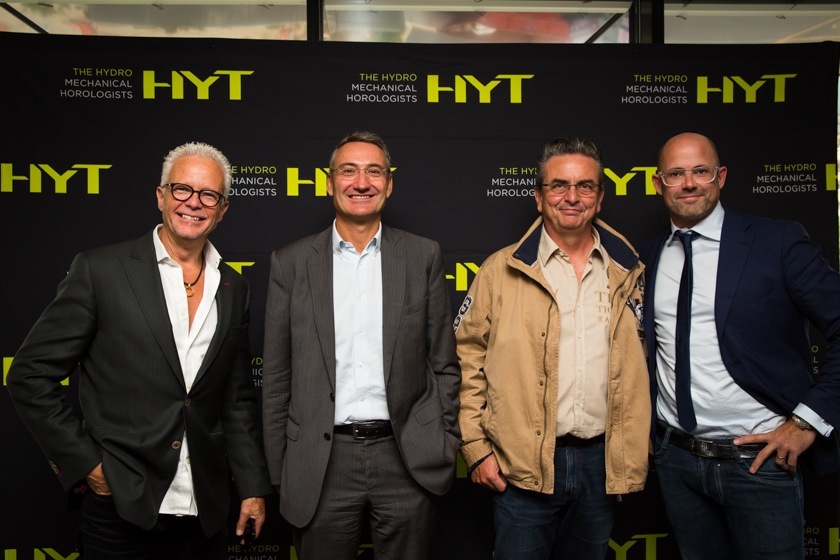 Earlier today at the new HYT headquarters in Neuchâtel, the “hydro-mechanical horologists” announced that concept watchmaker Dominique Renaud  (the “R” in APRP) would join the team as head of the Fine Watchmaking department – presumably an arm of the company involved in items such as the HYT H2 watch and what is meant to come next. 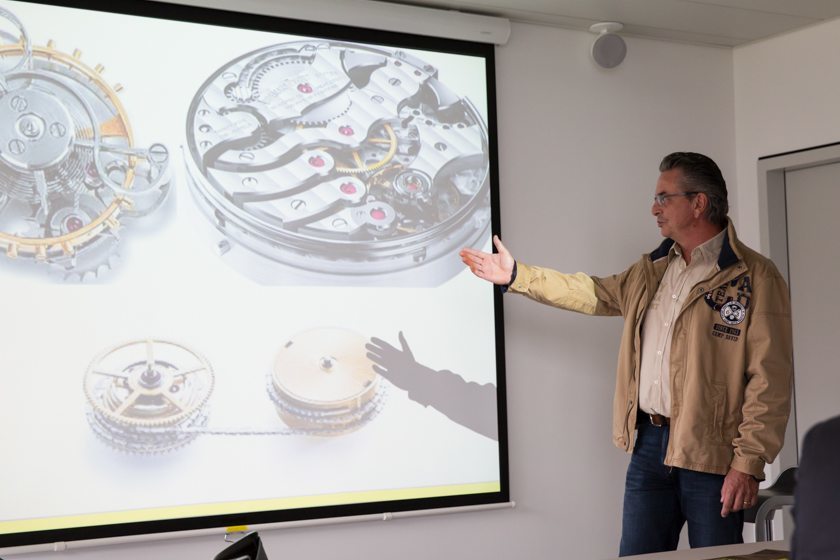 In case you’re wondering who on earth Dominique Renaud is, his last name should ring a bell. A graduate of the National Watchmaking School of Besançon back in the 1970’s, Dominique went on to work as a watchmaker at Audemars Piguet. While working at their skeleton workshop, he met another talented watchmaker by the name of Giulio Papi. Both having a thirst for working with complications, they decided to leave Audemars Piguet and set up their own manufacture, Renaud et Papi. With a mission to come up with totally new complications and build on existing ones (this was back in 1989), it didn’t take long for their former employer to take interest in their work.

In 1992, Audemars Piguet acquired a majority stake in their manufacture. About a decade later, Dominique decided to sell his shares of the company to Audemars Piguet and leave the company. Some of the groundbreaking pieces Dominique and Giulio came up with during their time together include the A. Lange & Söhne Fusée Tourbillon, the Jaeger LeCoultre Micro-Repetition Minute and the IWC Grandes Complications, to name a few. 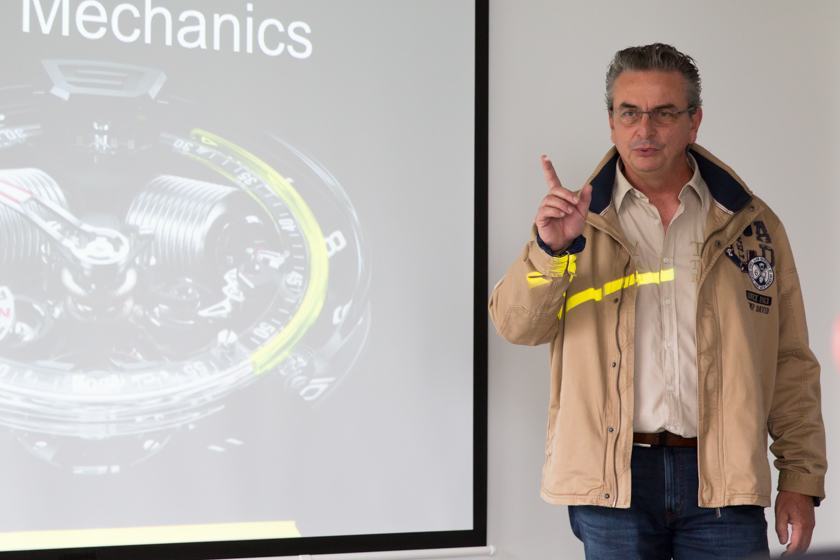 According to Dominique Renaud, there are three distinct phases in the world of watchmaking: first came mechanical watches over 500 years ago, then came the quartz era a few decades ago. Now he believes, the future lies in hydro-mechanical horology. In his eyes, the concept goes far beyond just a novel method of displaying the hours. Keeping in mind that HYT has a 5-year R&D program, you can bet on the fact that HYT won’t be just a one-hit-wonder (no pun intended). 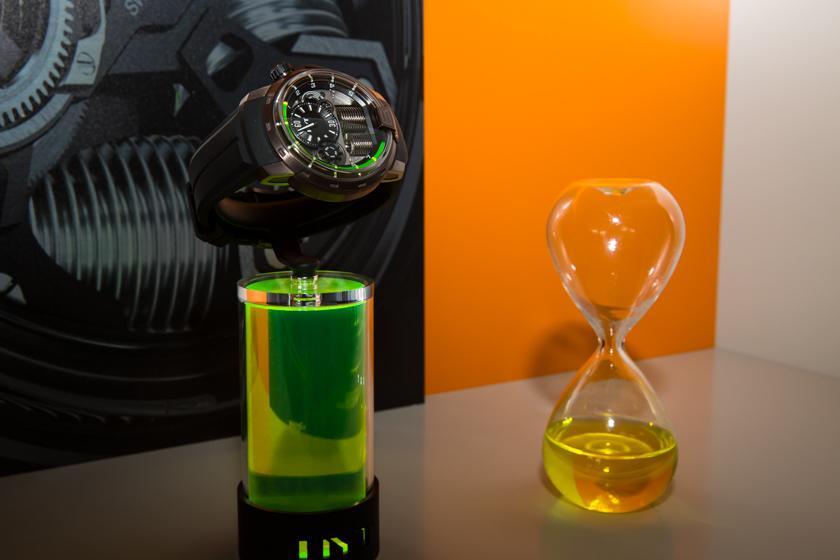 Dominique will lead the brand’s Fine Watchmaking department and Special Projects, as well as build a team of HYT watchmakers capable of bringing future to fruition. HYT will continue to collaborate with its current two movement suppliers (for the more traditional liquid-less parts of the movement) Chronode and Renaud et Papi. Essentially, Dominique’s role will be to ensure that HYT is able to continue innovating and coming up with new iterations of their proprietary hydro-mechanical movement. We can certainly look forward to other complications besides the trademark liquid retrograde hours. 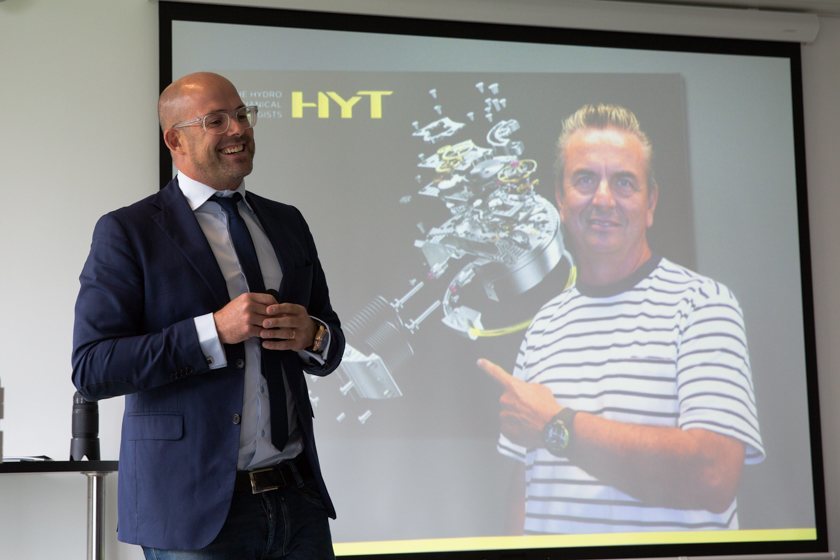 HYT CEO Vincent Perriard also took the occasion to update the press on HYT’s growth and development as a brand. For strategic reasons, the board decided to split the company into two distinct entities: HYT the watch brand, and Preciflex the micro-fluid developer. 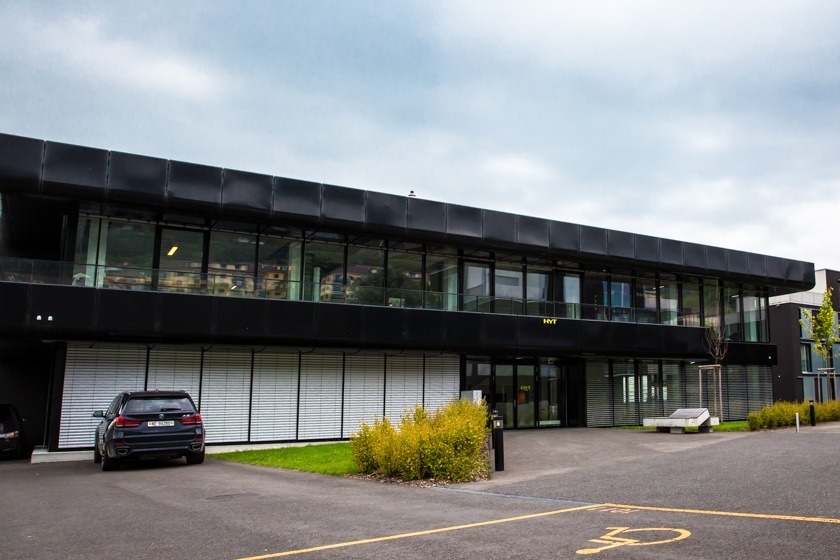 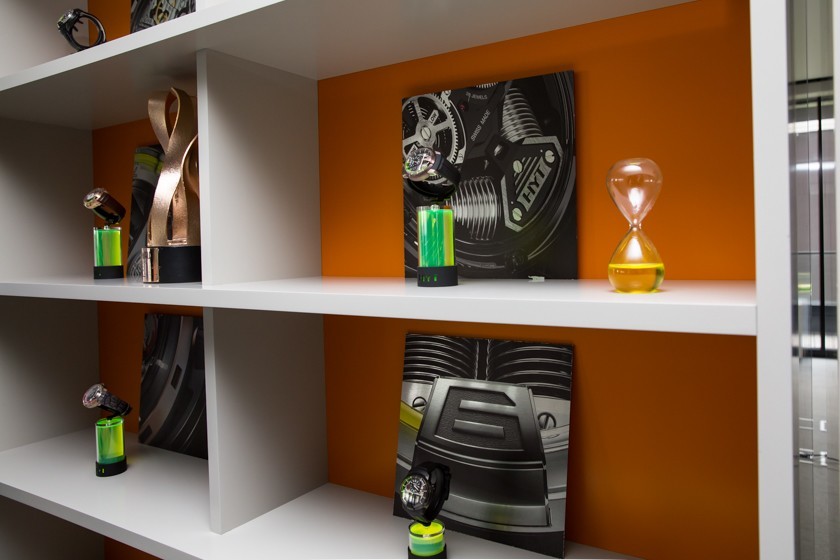 The brand has moved to a new headquarters in Neuchâtel, a space that accommodates administrative departments such as marketing, sales, and finance as well as the team of watchmakers Dominique is putting together.

After a few bumps in the road in 2013 and fine-tuning the micro-fluid capillary module, HYT are now expecting to produce a total of 500 pieces by the end of the year – which is an impressive amount given the uniqueness of the watches. Having said that, HYT was fortunate to receive high praise from the start, upon the release of the HYT H1 watch in 2012.

To cater to the South-East Asian markets where the brand is really picking up, HYT have set up a subsidiary in Singapore with its own service center. 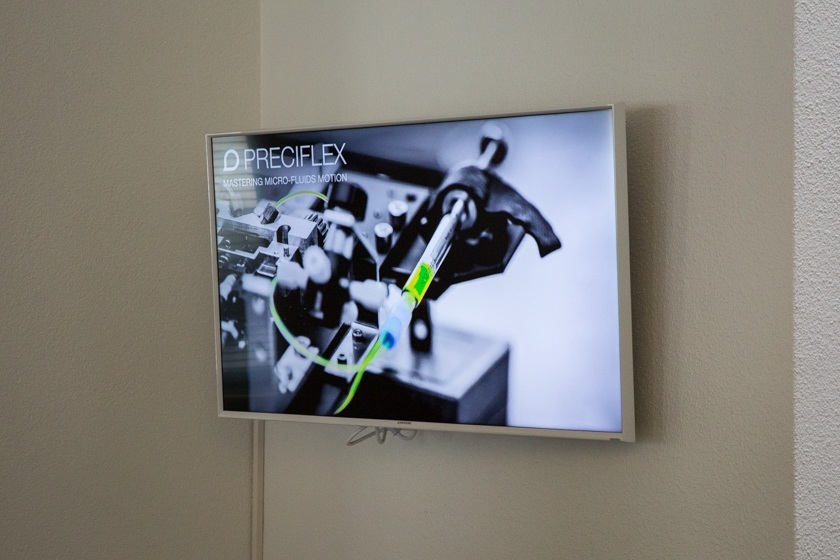 After the press conference, HYT took us to their sister company Preciflex’s new production and R&D site just a few kilometers away, taking the fluidic capillary system to new heights and applications in both the context of HYT as well as future applications in the medical, automotive, and design sectors. That means a technology actually developed for a niche high-end watch might end up in other more commercial or industrial items and products. 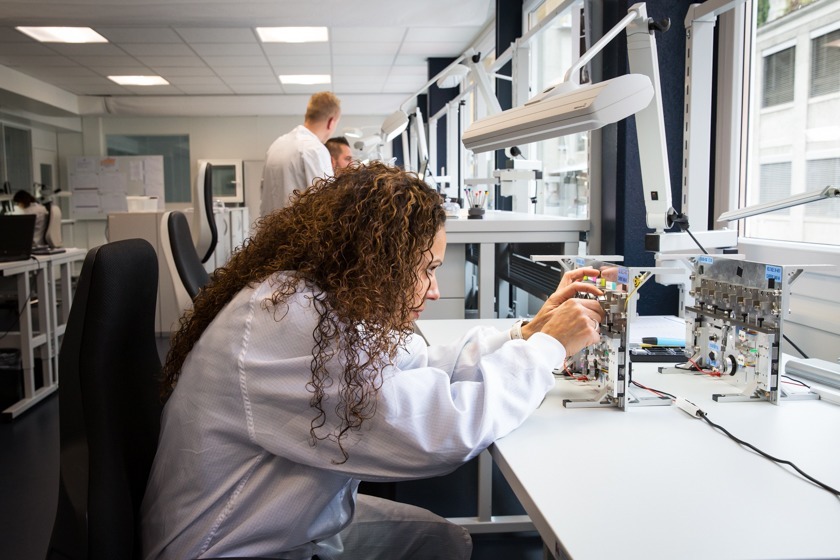 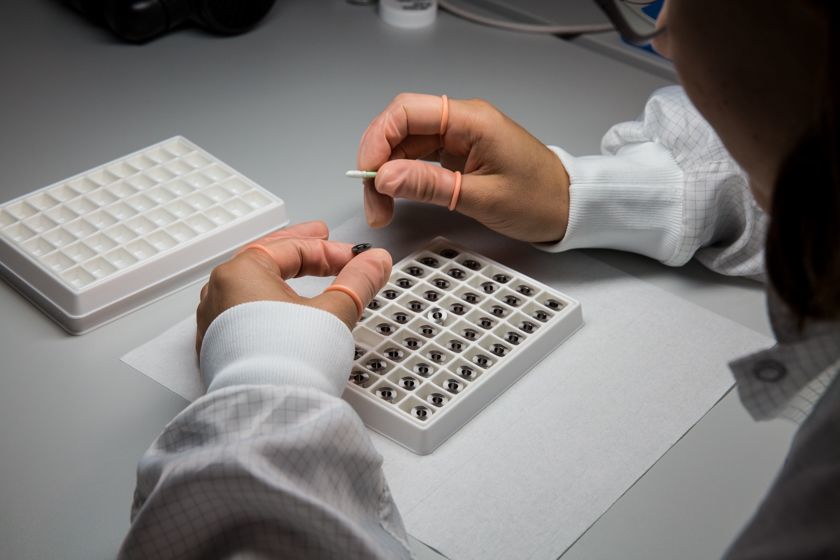 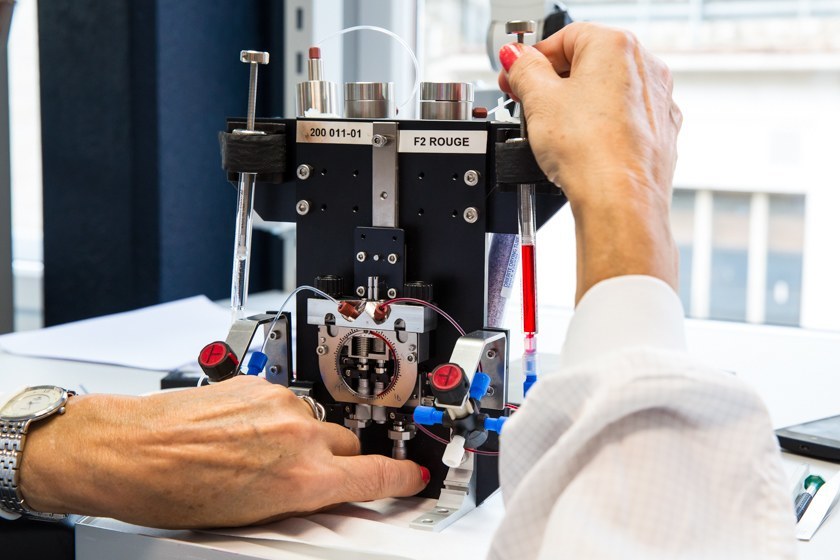 With a concept watch guru on board and a new production and research facility at its disposal, the future is looking bright for HYT – a fluorescent green kind of bright. hytwatches.com