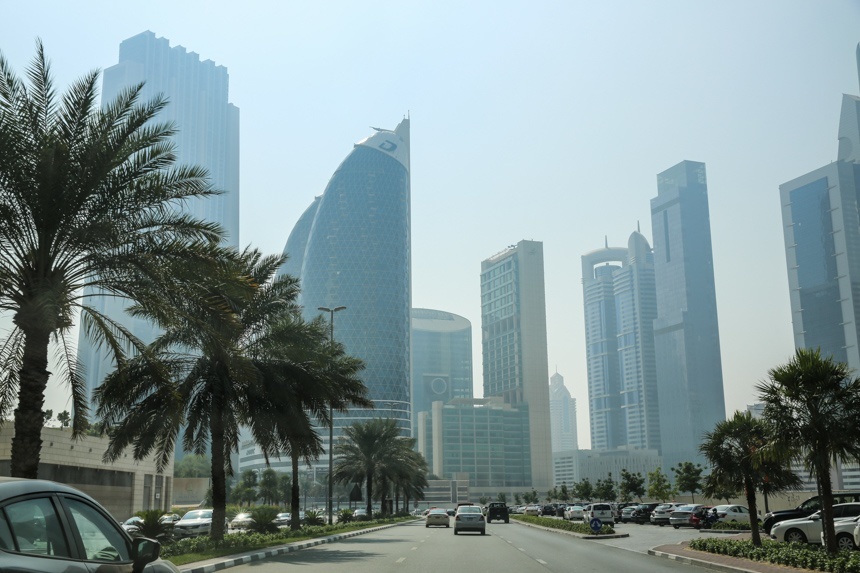 Dubai is like no other city in the world. It is like no other city I know. I realized this fact mere minutes after arriving in the region which today is so legendary in the watch industry. The things most people say about Dubai are mixed with absolute truths along with a lot of (what I’ve now learned are) misconceptions. I’m writing this report after my first time in Dubai, coming as a guest of the Seddiqi family to experience the first annual Dubai Watch Week.

If you’ve been in the watch industry for any time at all, you’ve heard of the Seddiqi Group. The family-run business has a reputation that precedes it around the globe, with admirers knowing them as “the watch people in Dubai.” It might be easy to imagine them as entitled Emirati elites, or rich real estate moguls who sought diversification through selling watches & jewelry, but just the opposite is actually true. 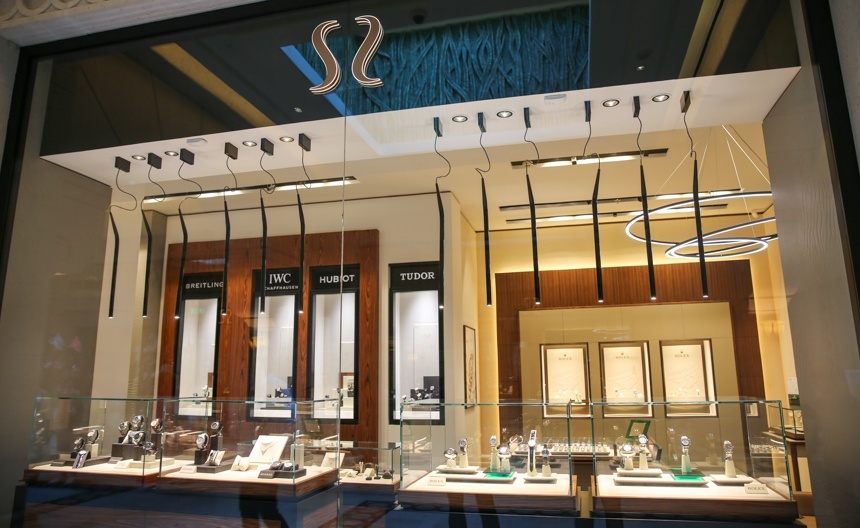 The now-deceased, most senior Seddiqi began with a very modest station in life as part of a fisherman family – common to many people in the now bustling region. Dubai itself for many years was an extremely quiet fishing town which rose to prominence first through colonization and later through what most people agree is an extremely ambitious spending, civil engineering, and a comprehensive social plan. The region’s contemporary prominence and economic model is one which foreigners might regard as being very similar to Singapore. In fact, while Dubai and Singapore have many significant differences, there are also an enormous number of similarities including a shared passion for the sale and consumption of timepieces. 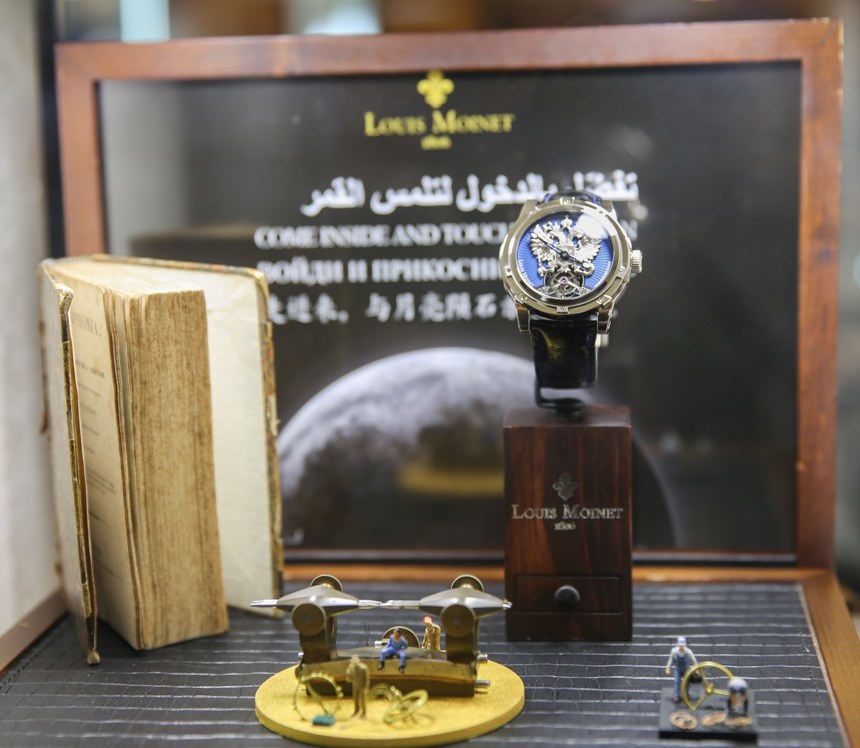 One of the biggest misconceptions about Dubai is that the money comes from oil. Apparently, oil is no longer the major economic driver in Dubai, and this hub of the United Arab Emirates has become a thriving metropolis by making an intentional effort to be a gateway to the region for the rest of the world, with a focus on accessibility and speed. Being a planned financial hub of the region, thanks to a number of stability and security safeguards, is another thing which Dubai and Singapore have in common.

Dubai Watch Week just getting started this morning – lots of meetings packed for the coming days, with some of the stuff we'll preview here we will be bringing to you in the coming weeks… Live updates to come though so stay tuned. #dubaiwatchweek

Another important point is that the Dubai population is separated between the national Emirati citizens who are the ethnic locals that enjoy a range of privileges, and everyone else. The separation between these groups is not insignificant, as Emiratis dress in traditional attire, have various economic benefits, and are the ones who, I believe, consist of many of the land owners. There is, of course, the important fact that non-Emirati people now make up about 90% of the population in the Dubai region. This is due to a welcoming policy for foreigners to come work and benefit from the region’s growth, but it is important to understand that part of the local culture is the unique relationship between the traditional local Emirati population and the diverse group of “expats” who now live in the region and, by population numbers, greatly outnumber the locals. 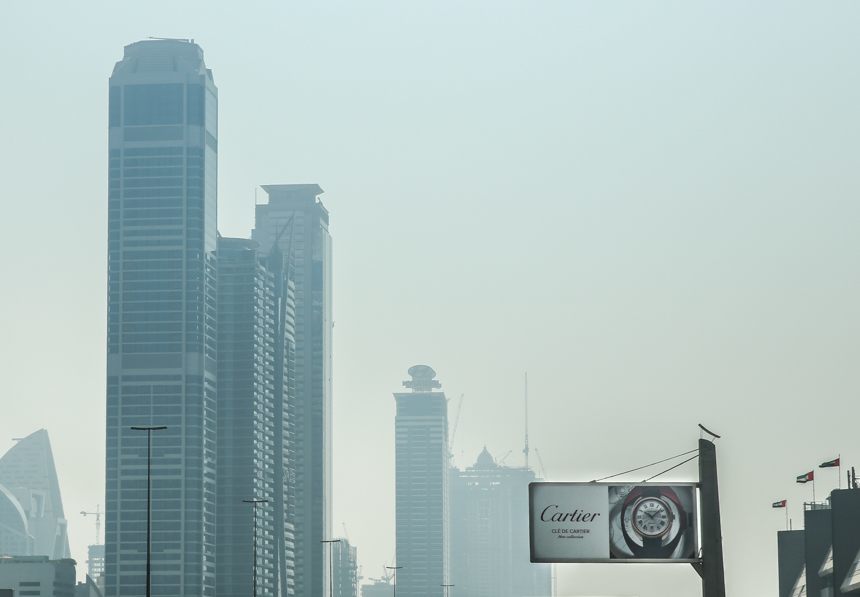 So what you have is a quasi-aristocratic system with rulers like sheikhs and others of the important royal family. Unlike places like England where the royal family is a hot topic of discussion in tabloids and among the population… in the Middle East, such conversations are strictly taboo. While Dubai is the most impressive and open city in the region, it is still a place where conservative local traditions and those based on the Islamic religion define many of the codes of conduct and the relationships between the diverse groups of people who live in Dubai. At least, this is what I’ve been able to gather from experiencing this fascinating place for a few days.

An original photograph of the first Seddiqi store, from 1960.

So let’s get back to watches and why Seddiqi is an important part of this conversation. In the mid-20th century when Dubai was still a budding city, the late patriarch Ahmed Seddiqi senior decided to start selling timepieces due to a strong personal interest. I was told a story that he would sell West End brand watches along with radios back in the late 1940s. I am curious to know what the family business would be today if the radio business took off like the watch business.

Near Dubai’s actual old town – close by, a traditional village is kept in tact for historic and tourist purposes – I was shown where the first Seddiqi store was located (opened in 1960) along the then major shopping district in Souk Bur Dubai. Today, the Seddiqi family operates almost 70 stores in Dubai alone, consisting of Ahmed Seddiqi & Sons watch stores as well as a number of brand boutiques. Their stores are found (often more than one) in all the major hotels, such as the Burj al Arab and Atlantis, as well as the region’s famous massive shopping malls. 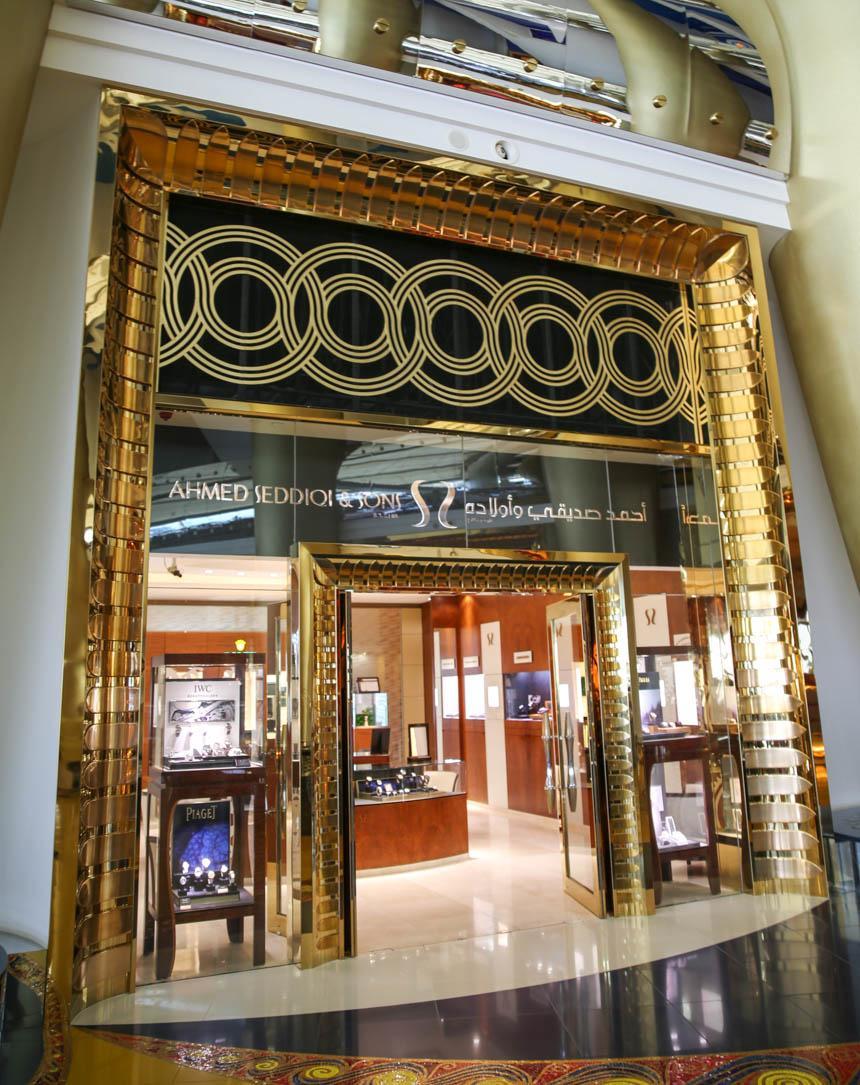 Shopping in Dubai is an experience like few other places. The region seems fascinated with the glitzy showiness of a place like Las Vegas along with motifs and decorative styles which come from the region. Like all cities which have experienced an enormous amount of rapid growth, Dubai has a range of things intended to just show off, as well as a haphazard assortment of architectural styles and aesthetic motifs. What does feel clear from Dubai is that the region’s massive growth continues as there are construction projects literally everywhere, and the people seem to have the steam and passion to keep moving at this rate for at least another half-century. 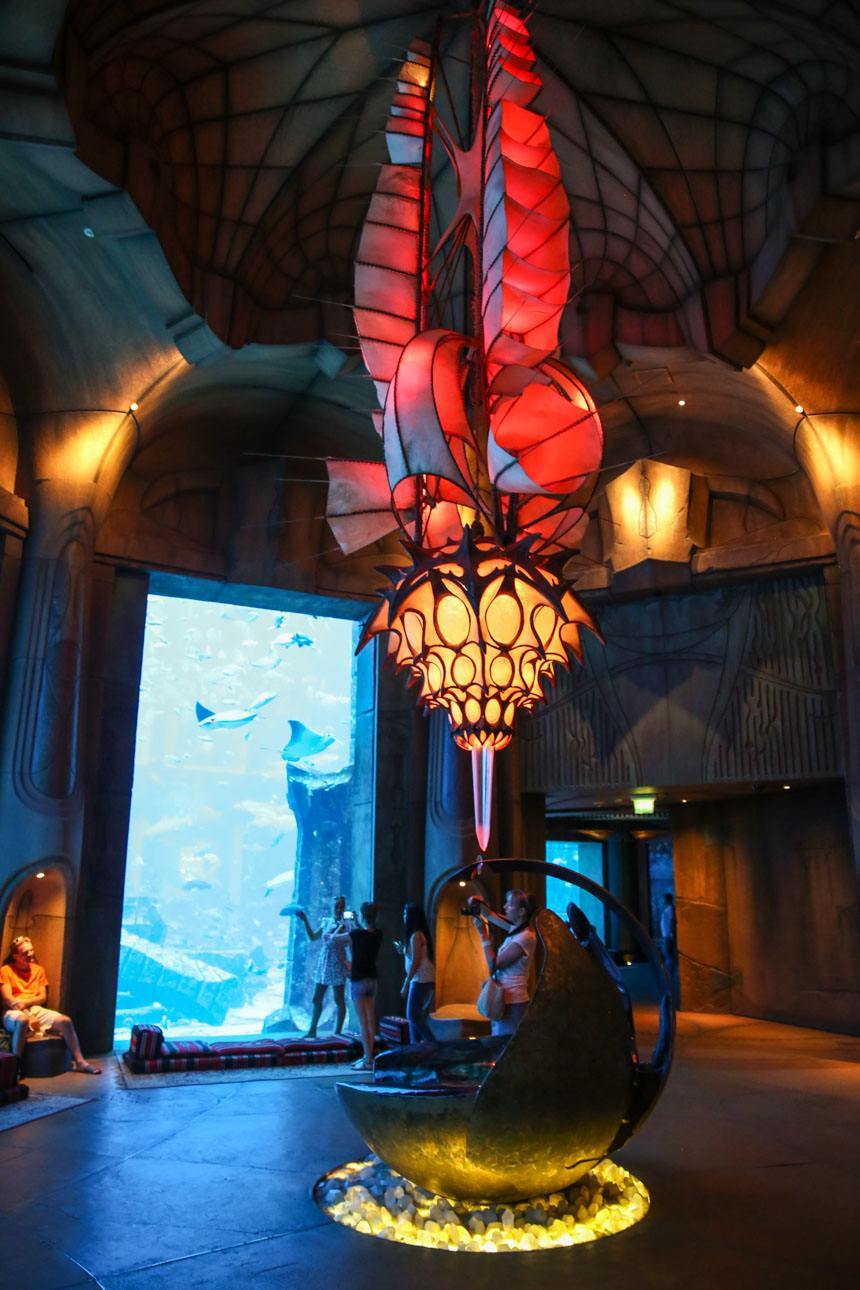 Few cities enjoy extended periods of economic prosperity forever, and it will be interesting to see how Dubai adapts and evolves in reaction to changes in the Gulf regions’ local economy as well as those of the world which effect politics and money in the Middle East so much. I continue to feel that Dubai’s enduring asset is its welcoming approach to the West and a sincere desire from the locals to be part of the world economy. 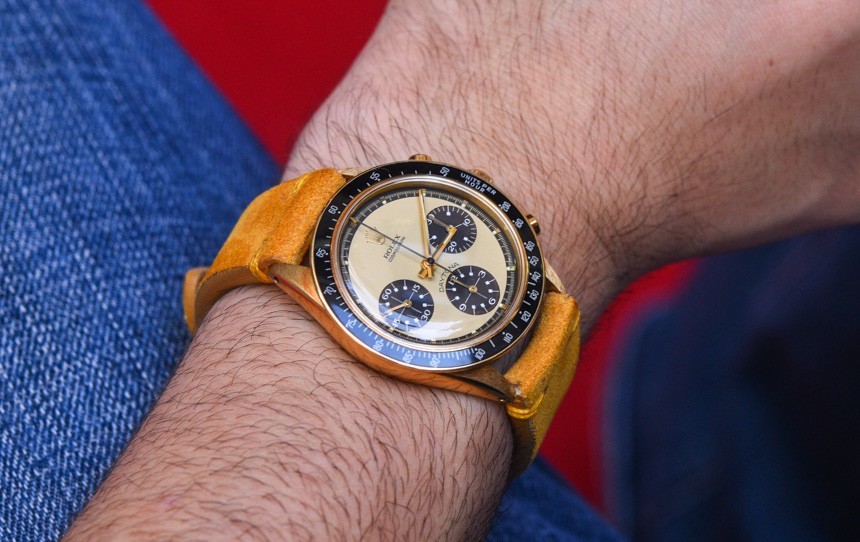 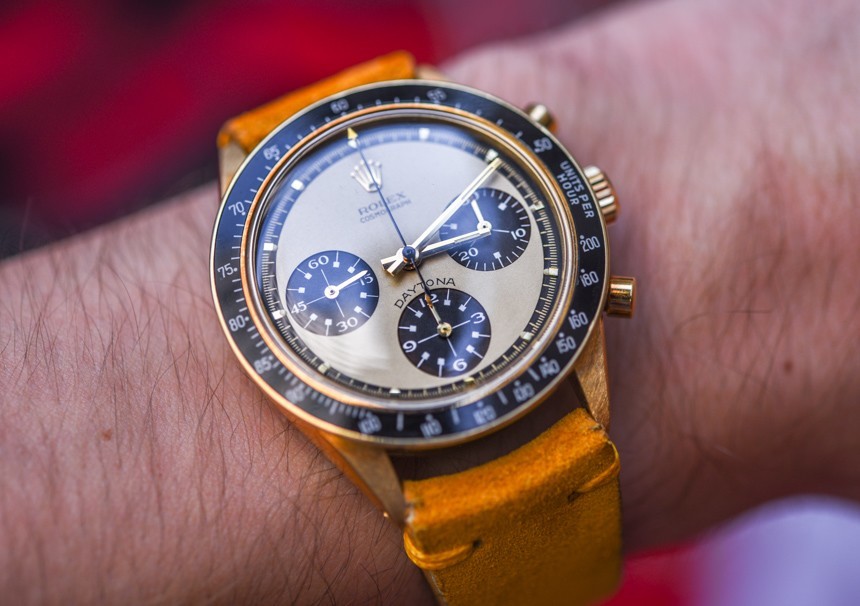 Where there is money and growth, there are watches. This is one of the unwritten rules of the luxury timepiece industry, and Dubai is no exception. From real estate to banking, there is money in Dubai galore, and the culture is particularly keen on appreciating things of value and distinction. Moreover – at least for the Emirati locals – watches serve a purpose similar to that in the West among business people. Emirati and other local people typically wear the traditional kandura clothing, which are normally in white and often only minimally distinct from one another. So, yes, watches come in to serve as a differentiating factor, allowing people to show off part of their own taste and personal success in a way that their clothing often does not. In the West, this is how business people wearing traditional suits do the same thing, given the fact that most people are wearing similar outfits.

With that said, I want to report that in Dubai, the local watch collectors tend to have rather conservative tastes. Around the world, you hear things about how Asian and Middle Eastern men are the ones buying most of the watches with diamonds on them. That might be the case in other parts of the Gulf and Middle East region, but not among the collector elite in Dubai who hide their already discreet timepieces under their sleeves.

However, the story might be different with many of Seddiqi’s non-local customers who, depending on the store, can comprise up to 70% of the clientele. Windows and display cases are never without a range of diamond-decorated watches resplendent with colors and other complicated designs. Whereas the taste in China for diamond watches seems to be “put diamonds on an otherwise conservative watch,” the people buying diamond-watches in Dubai are a bit different, wanting timepieces that really do blend elements of horology and jewelry – no matter if the wearer is a man or a woman.