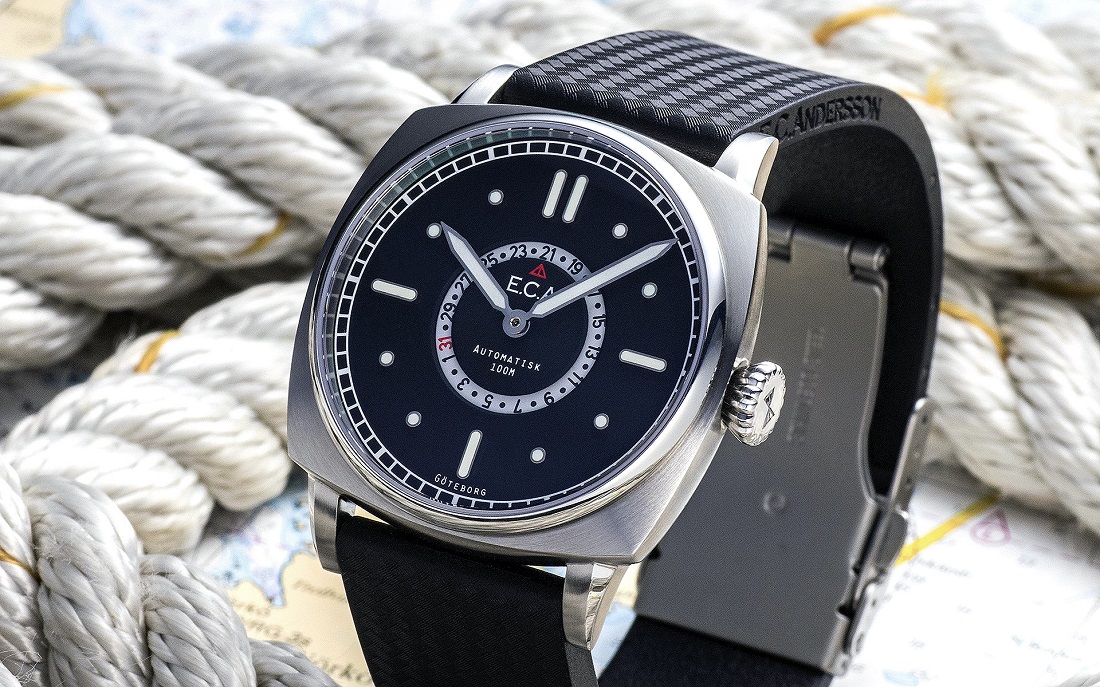 It’s been a while since E.C. Andersson Watch Co. launched the first generation North Sea and much has happened with the company as a whole, and the North Sea watch in particular. Today, we are looking at the second generation, newly in-stock version of the North Sea with the calendar wheel exposed in the center of a pillow-cased sports watch. Although finally at bay, the journey wasn’t easy. “We knew that our first product needed to be beyond excellent,” E.C. Andersson’s designer explains. After receiving the funds needed for production, we gradually learned of ways to improve the initial design – improvements that we simply couldn’t pass on when considering the E.C. Andersson North Sea II. The dilemma was, of course, to either meet the delivery date or take the time to develop a watch that would make you forget it passed its due date. 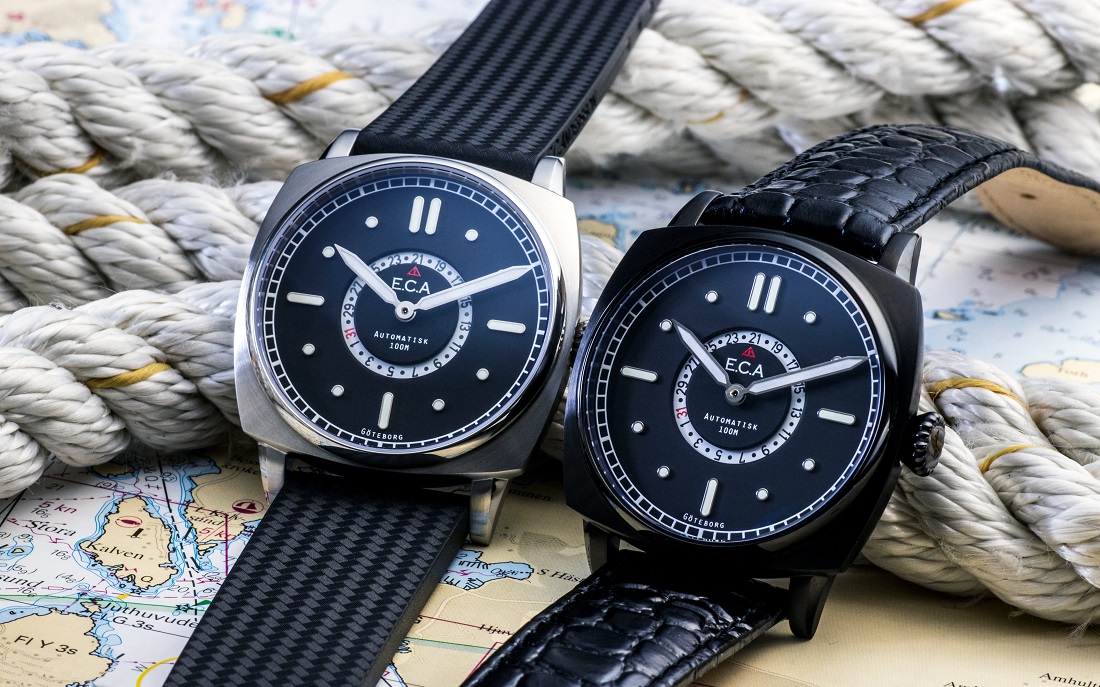 We immediately got to work by replacing the glass with a thicker AR-coated, double dome sapphire crystal, which didn’t just enhance durability substantially, but made the dial pop like never before. We increased the crown size by 1mm in diameter and equipped it with a solid steel screw down lock. As our philosophy is emphasizing on each of our models being suitable for any climate, long-lasting illumination was critical. That led us to apply a thicker layer of lume on both the indices and each hand. We also added a fine bevel to smooth out the edges of the calendar wheel, enhancing the overall harmony of the dial. 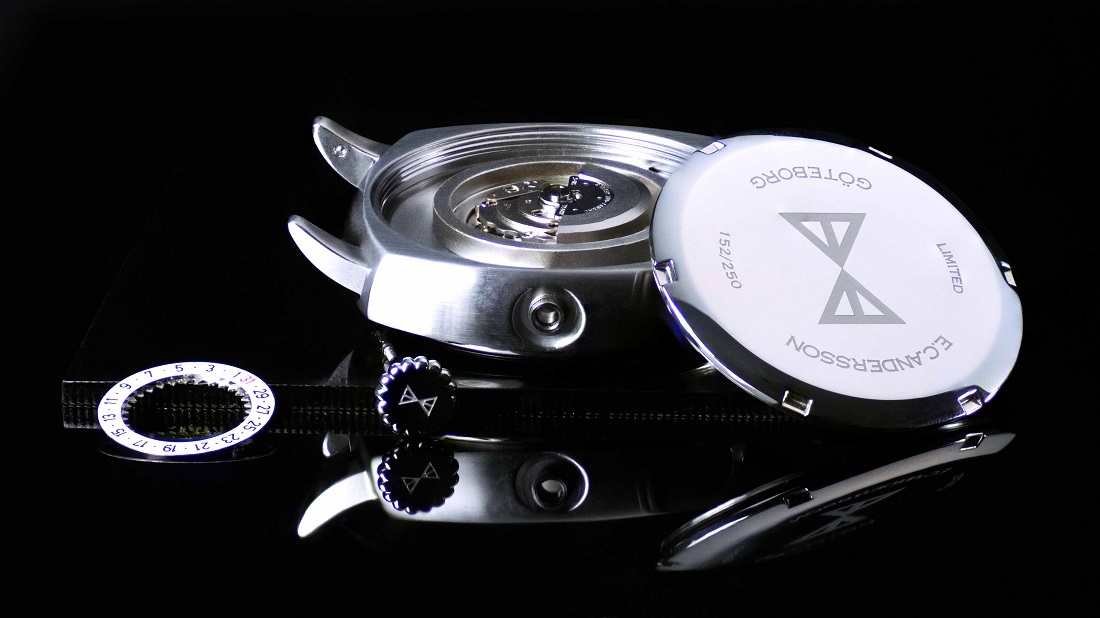 During manufacturing, we found an odd characteristic of the movement. Since we love the abilities of the NH05, we decided to do some digging. 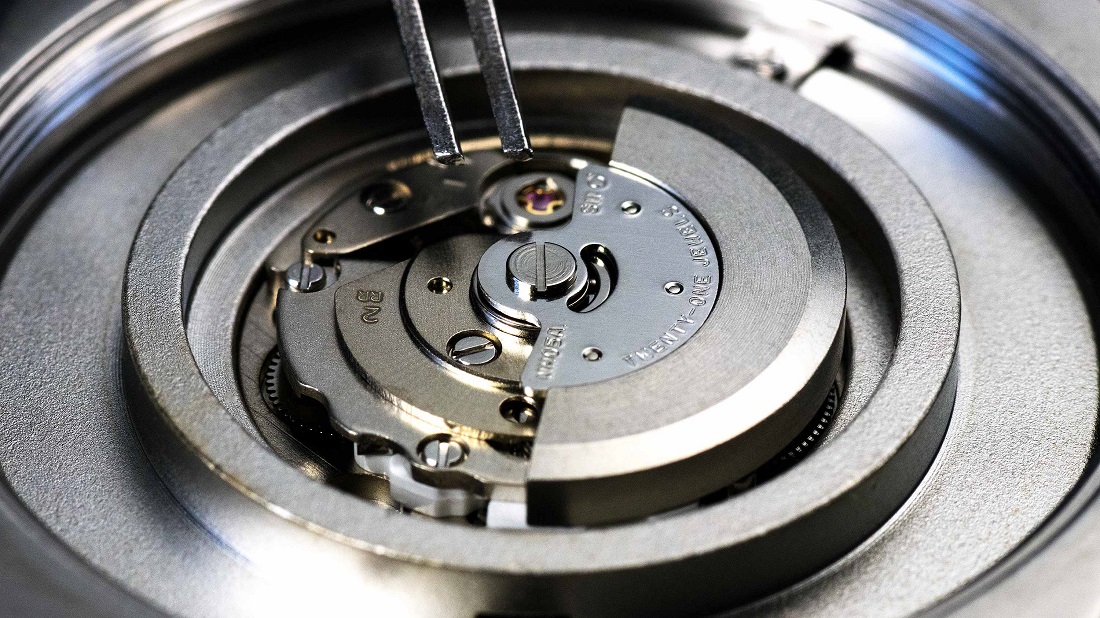 The NH05 is built like a tank, however, we found that when hand-wound or put under great shock, the seconds hand would “hiccup” for a while before settling into its normal pace. We ran all possible tests, reassembled the watches, and individually regulated all movements, reaching a level of accuracy that was beyond our ambitions. We managed to manufacture a fantastic solid metal movement holder and new, sturdier dial-clamps. Striving to be quick to action, we also made the obvious move to remove the seconds hand and launch the watch as a two-hander, which arguably harmonizes better with the watch’s overall look. The North Sea II was born and is being released here today, with immediate and free world-wide shipping by DHL. 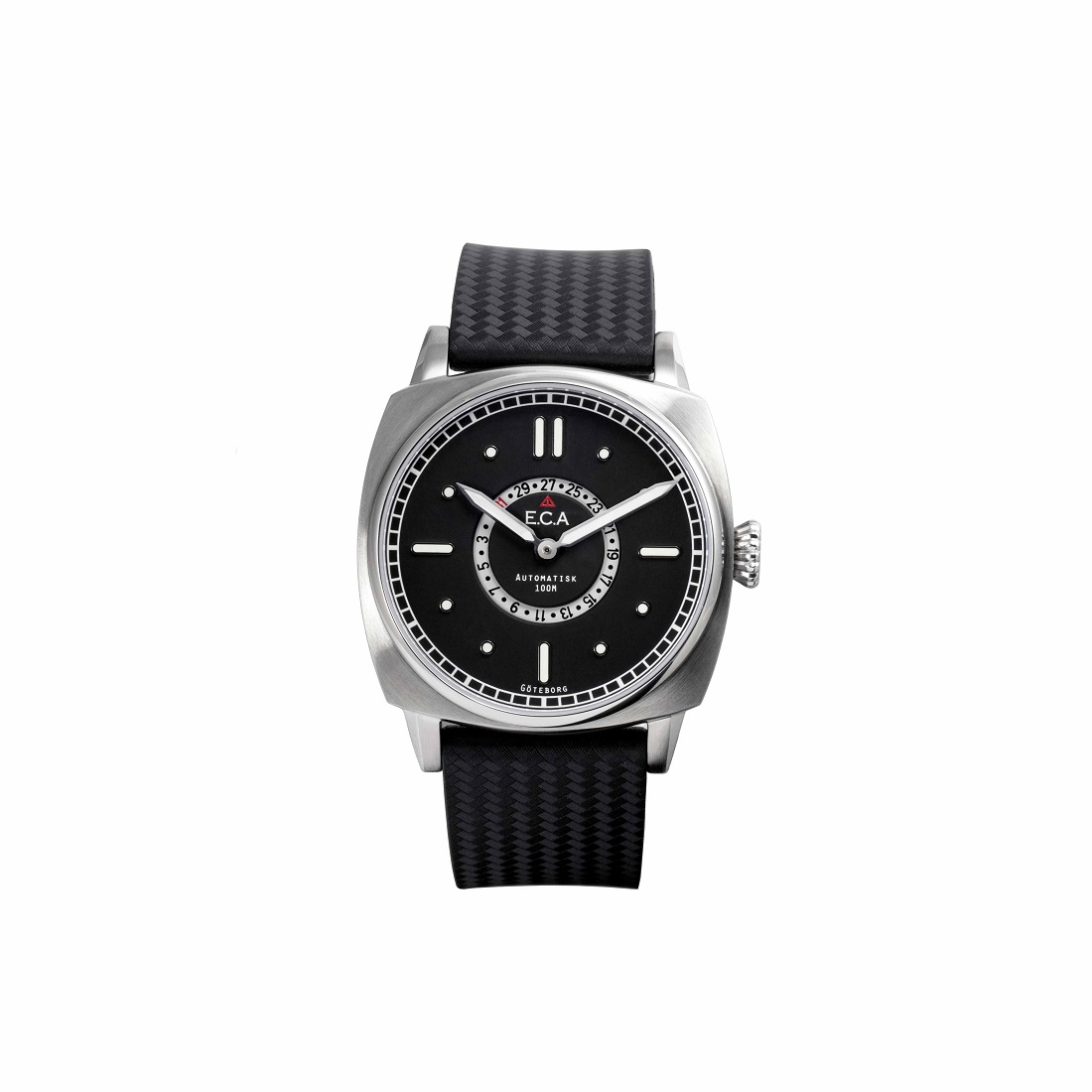 We couldn’t just let it go however and decided to do some research regarding the seconds hand. The occasional “hiccups” indicated a seemingly unsolvable trait of the movement, yet we remained curious and overwrought to modify the NH05’s behavior. By tightening the tubes of the central stem plus all hands, and eventually manufacturing a new seconds hand of aluminum, it turned out much to our joy, the charming yet curious seconds-hand “coughing” had been cured. We are very proud to say that the seconds-hand equipped North Sea ref NS01FD was successfully sold before finishing the North Sea II. 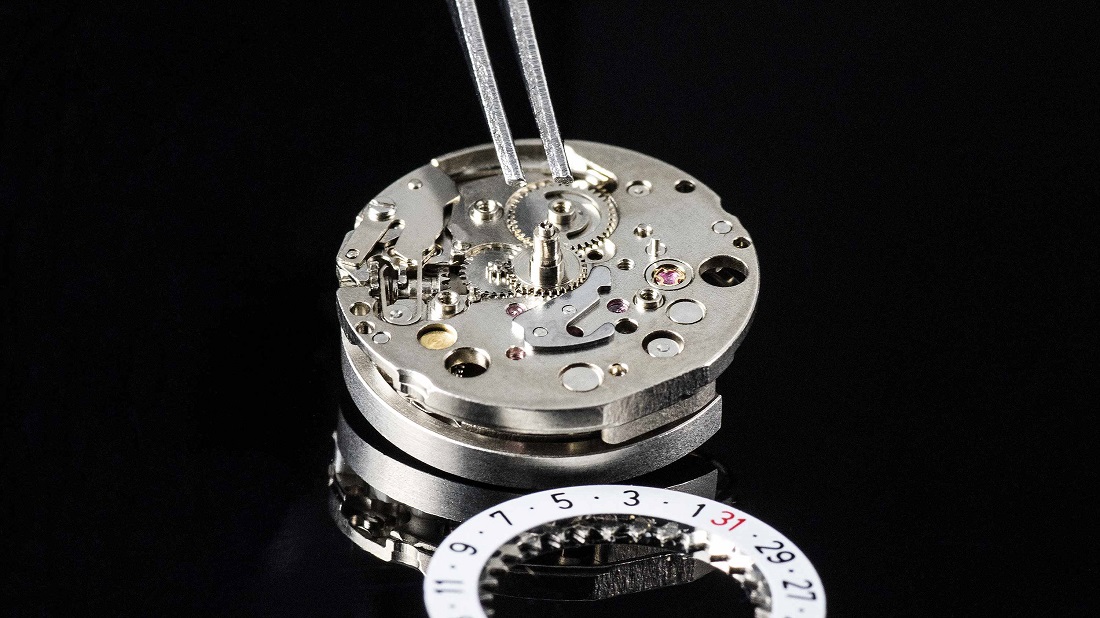 So, why do we babble on about this? Well, aBlogtoWatch is known for their engaged readers and we thought this was certainly an interesting read for the movement geeks. Perhaps it could help others who decide to use NH05 in their manufacturing. It’s a truly magnificent movement that allows for innovative design possibilities. 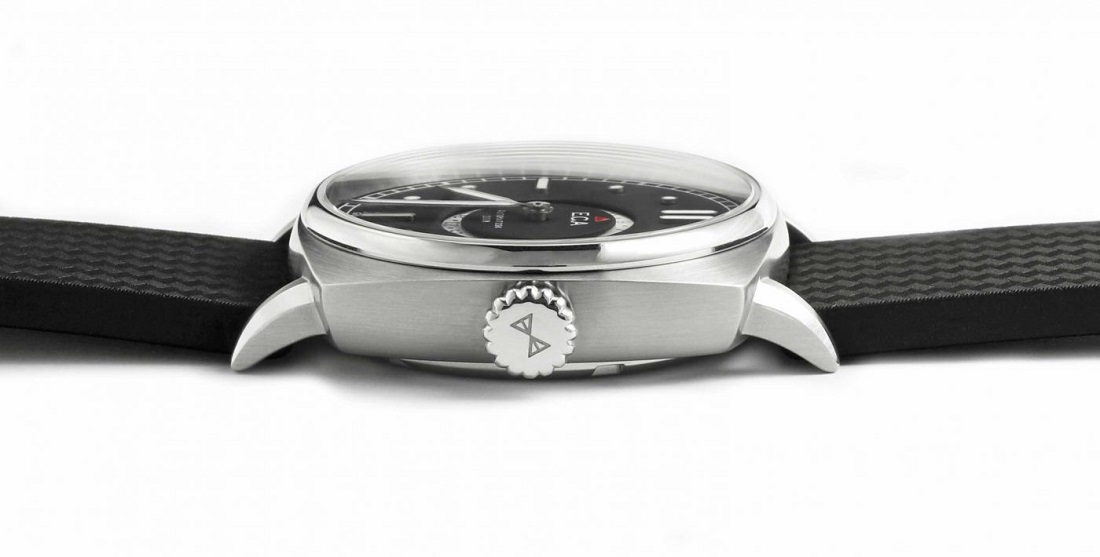 After launching the North Sea watch in late 2016, all customers have received their individually engraved piece from the first edition NS01FD, and we are hereby releasing the fresh, in-stock E.C. Andersson North Sea II to new markets, also individually engraved. We can honestly say it’s better than we could have ever expected. In fact, we’re so happy with the result and how the watches behave that we’re extending the guarantee to 3 years. To start things off, we’re also offering a 12% discount to all aBlogtoWatch readers for the next few days, just apply ABTW1 as a coupon code at checkout. 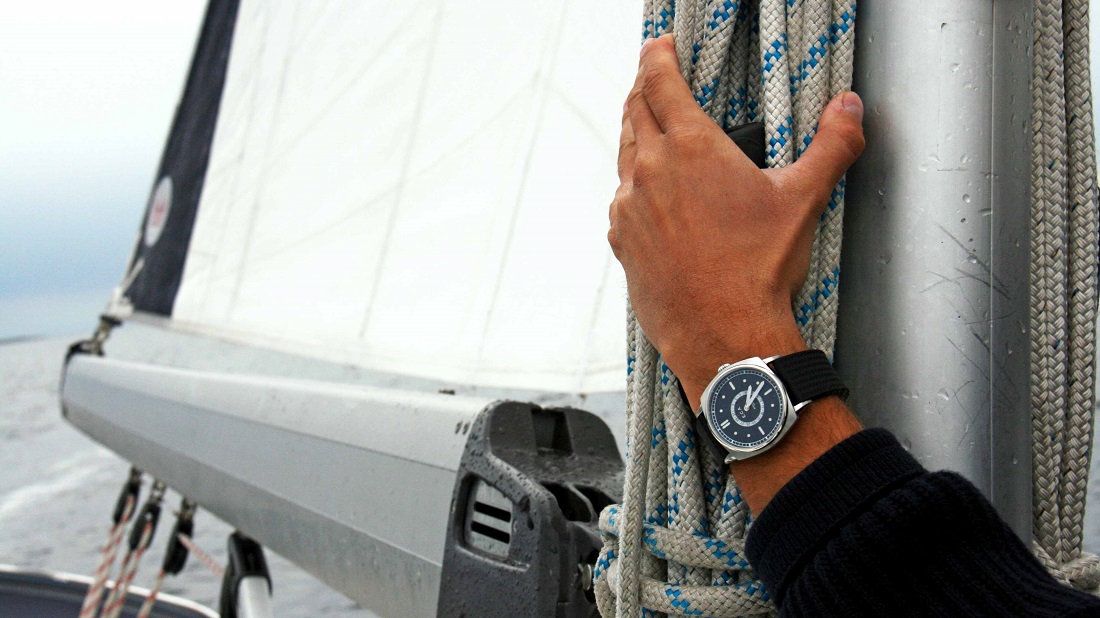 The E.C.A North Sea II is made to match both the harsh climate out at sea and the more formal, social environment once docked at the harbor. It’s inspired by early 1900’s pillow cases and is a watch that pays tribute to the heritage of horology, merged with a progressive Scandinavian design language. The E.C. Andersson North Sea II is made to be highly visible in all conditions thanks to sharp, illuminated indices, a distinct minute frame, and a unique, expressive white calendar wheel in contrast to the matte black dial. Additionally, the sturdy and regulated caliber NH05 mechanical automatic movement can operate reliably for decades without service and delivers an impressive 50 hours of power reserve. 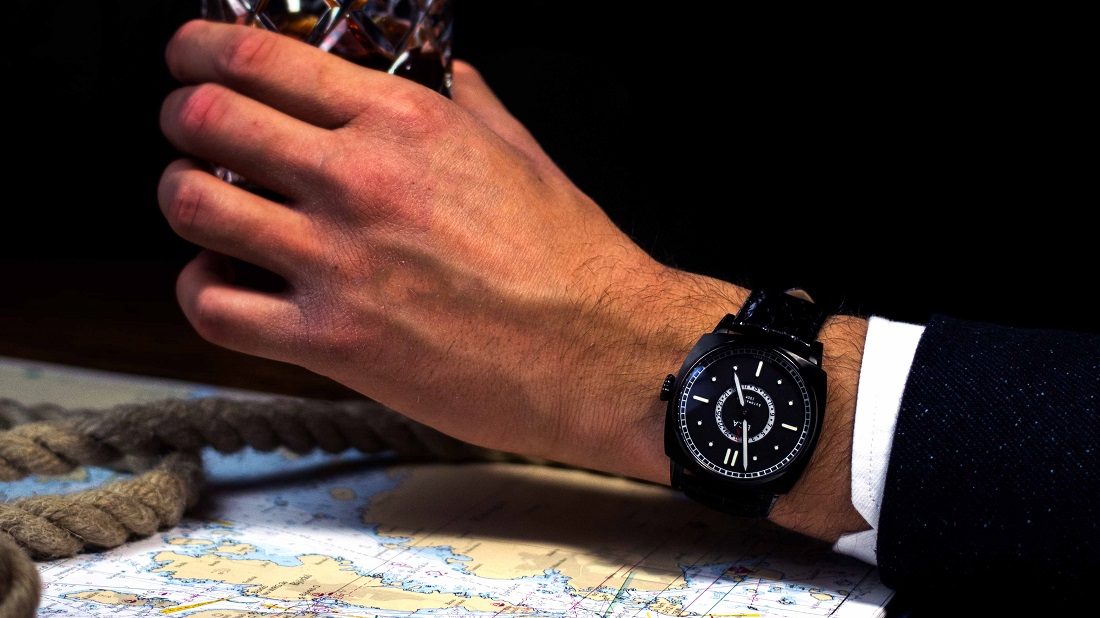 Our strong belief is that the 40mm diameter is the golden measurement for sport watches. It simply looks great on any wrist size and will stand the fluctuating trends throughout the ages. Let your North Sea be passed on for generations. The E.C. Andersson North Sea II is available now for €495.00 (excluding VAT). ecandersson.com