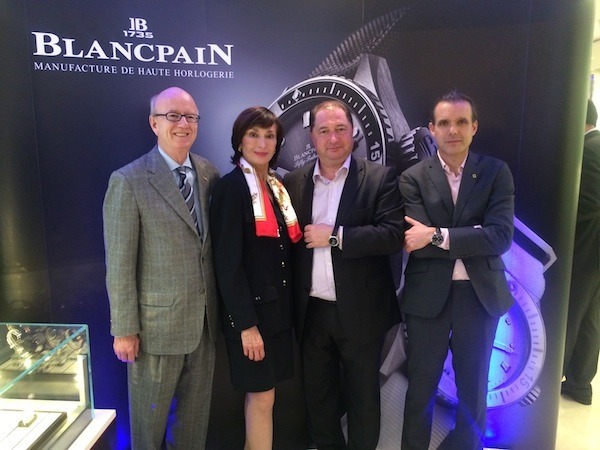 The Blancpain Fifty Fathoms is an iconic watch. Don’t believe me? Well, do a little research on Google and you should quickly find three key attributes justifying the icon status: 1) it’s one of the original dive watches that one could take 100s of meters under water without fear of damage; 2) it’s the first watch to include a unidirectional rotating bezel that allows quick timing of your dive; and 3) it’s one of the first watches to include enough luminescent material on its dial and bezel to make it readable at diving depths or in murky waters. 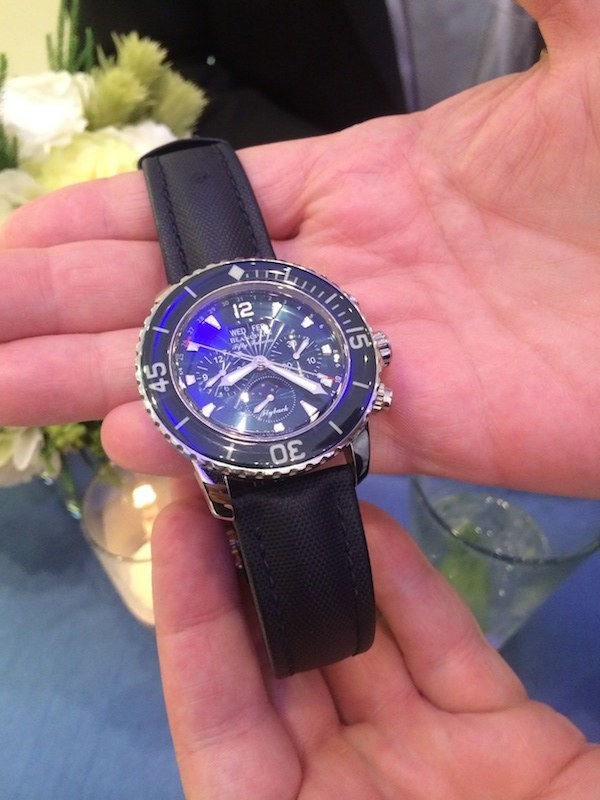 It is therefore not surprising that Blancpain owns some of the original patents around diving watches, and famous pioneer divers, such as Jacques-Yves Cousteau and his team, wore Blancpain when they helped popularize the sport in the  early 1950’s. 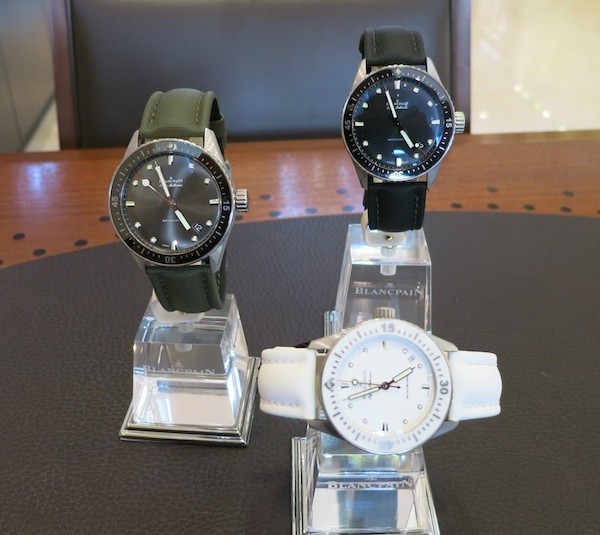 However, while innovation alone would assure Blancpain its place in the annals of watchmaking, after all, dive watches are some of the most popular models (even today, when most dive watches hardly see any water but the stream from a faucet), in this collector’s opinion, Blancpain deserves respect and admiration for its extraordinary efforts to help preserve the world’s oceans and the rare endangered species that call this blue landscape home.

So it was with no hesitation that I made my way to the Tourbillon San Francisco store on February 26th under a cold and particularly wet San Francisco night to listen to Blancpain’s latest efforts around preserving the pristine oceans in collaboration with the famed National Geographic magazine and society. 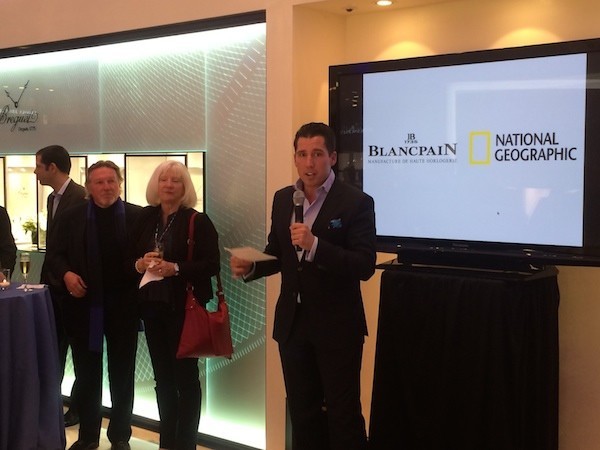 As is usual, the staff at Tourbillon SF hosted what I could only note as a first class party. The champagne, rare red wine, and hot appetizers were flowing throughout the evening, and the place was packed. What was particularly impressive at this event was the number of true collectors who were present. Many of the attendees wore special Blancpain pieces such as a rare Carousel watch as well as a rare stainless steel Villeret, and not to mention the many Fifty Fathoms (new and vintage) since this was after all a celebration of the heritage of that iconic model. 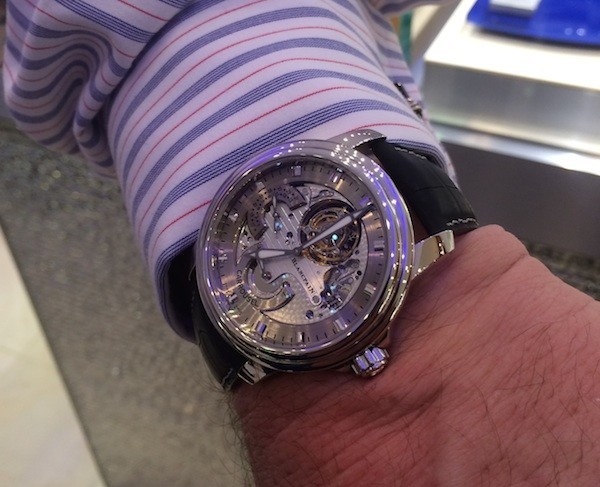 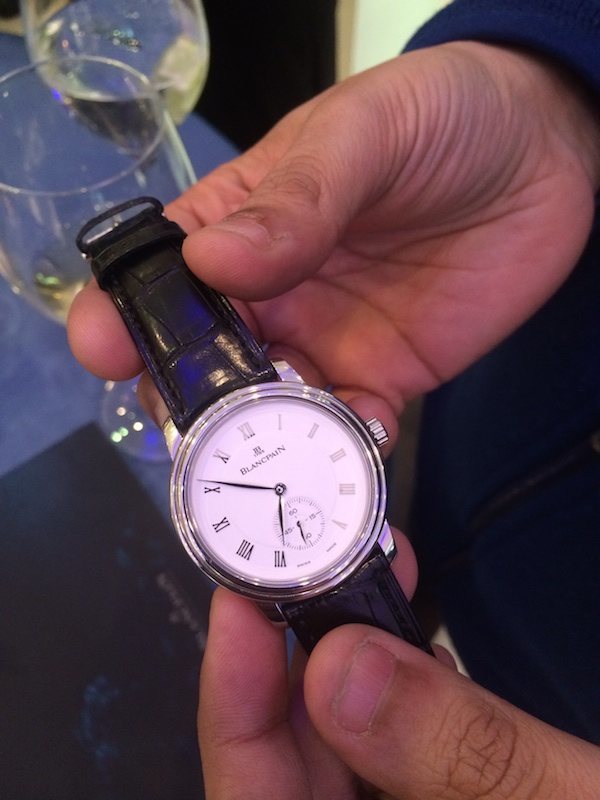 Also present for all to admire were many of the historical Fifty Fathoms models, including an original no-radiation version as well as a vintage Bathyscaphe model which clearly projects the inspiration for last year’s 60th anniversary models.

After an hour of mingling with collectors, watch-nerding about Blancpain and other brands, the main event started with an overview of the National Geographic’s Pristine Seas Program by Dr. Enric Sala, National Geographic researcher in residence as well as an overview of how Blancpain is supporting this effort by Alain Delamuraz, Blancpain’s VP of Marketing and Adam Bossi, Brand President for Blancpain North America. The overarching goal is to document, help raise awareness and protect various locations on the planet where the oceans are in still pristine conditions. That is, the fauna is unchallenged from fishing vessels or other industrialized activities or from debris (trash) that seem to pervasively invade our common blue backyard. 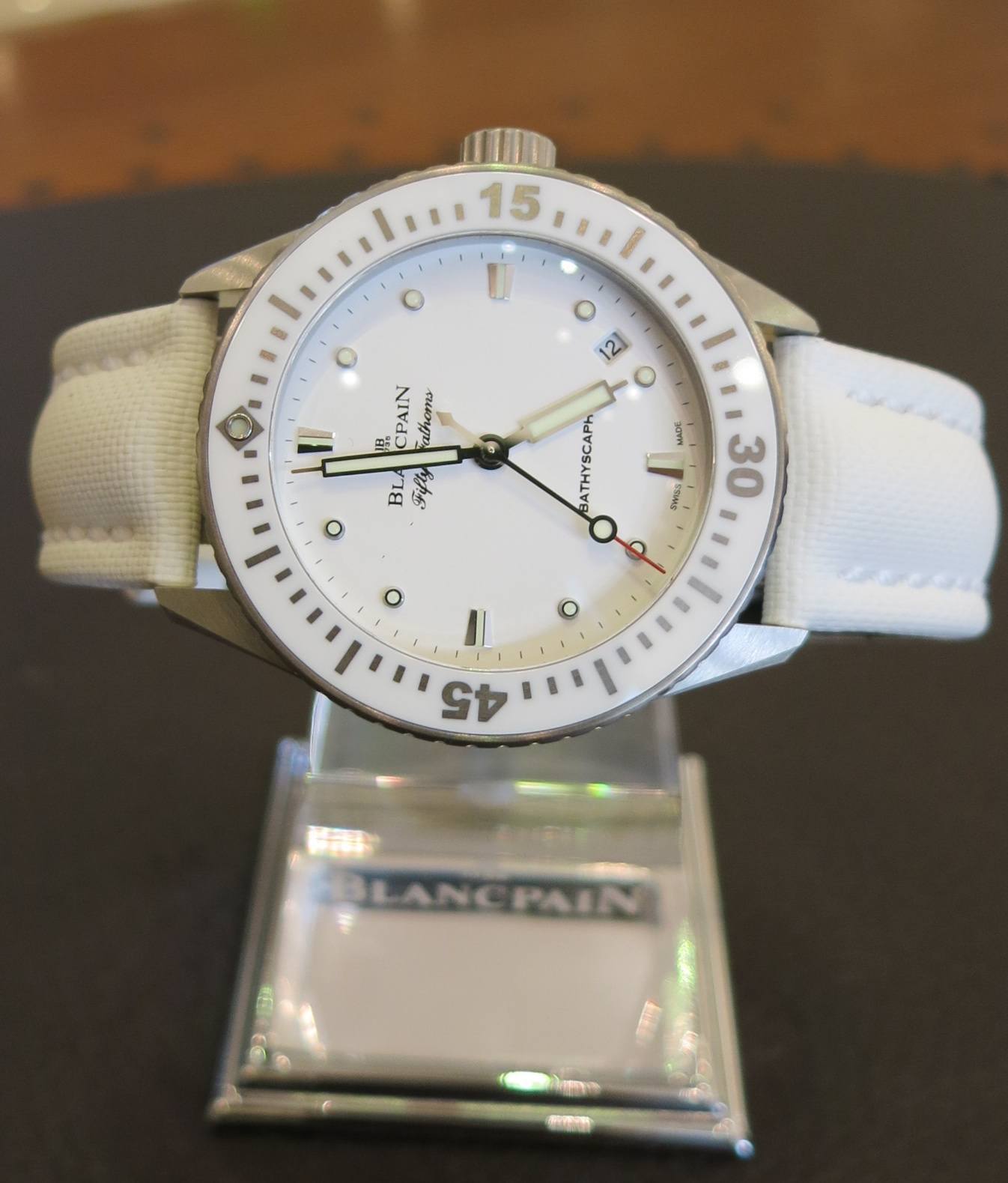 As someone who grew up visiting the pristine waters of the Caribbean and who has seen parts of these waters deteriorate in less than a generation, it’s clear to me that without efforts like this one from Blancpain and National Geographic, we might be heading towards a future where diving watches won’t be necessary for their intended activities since diving itself may become a rare sporting excursion. I personally applaud Blancpain for not only helping pioneer the sport of diving but also helping preserve one of the most important part of this blue planet we all call home. blancpain.com