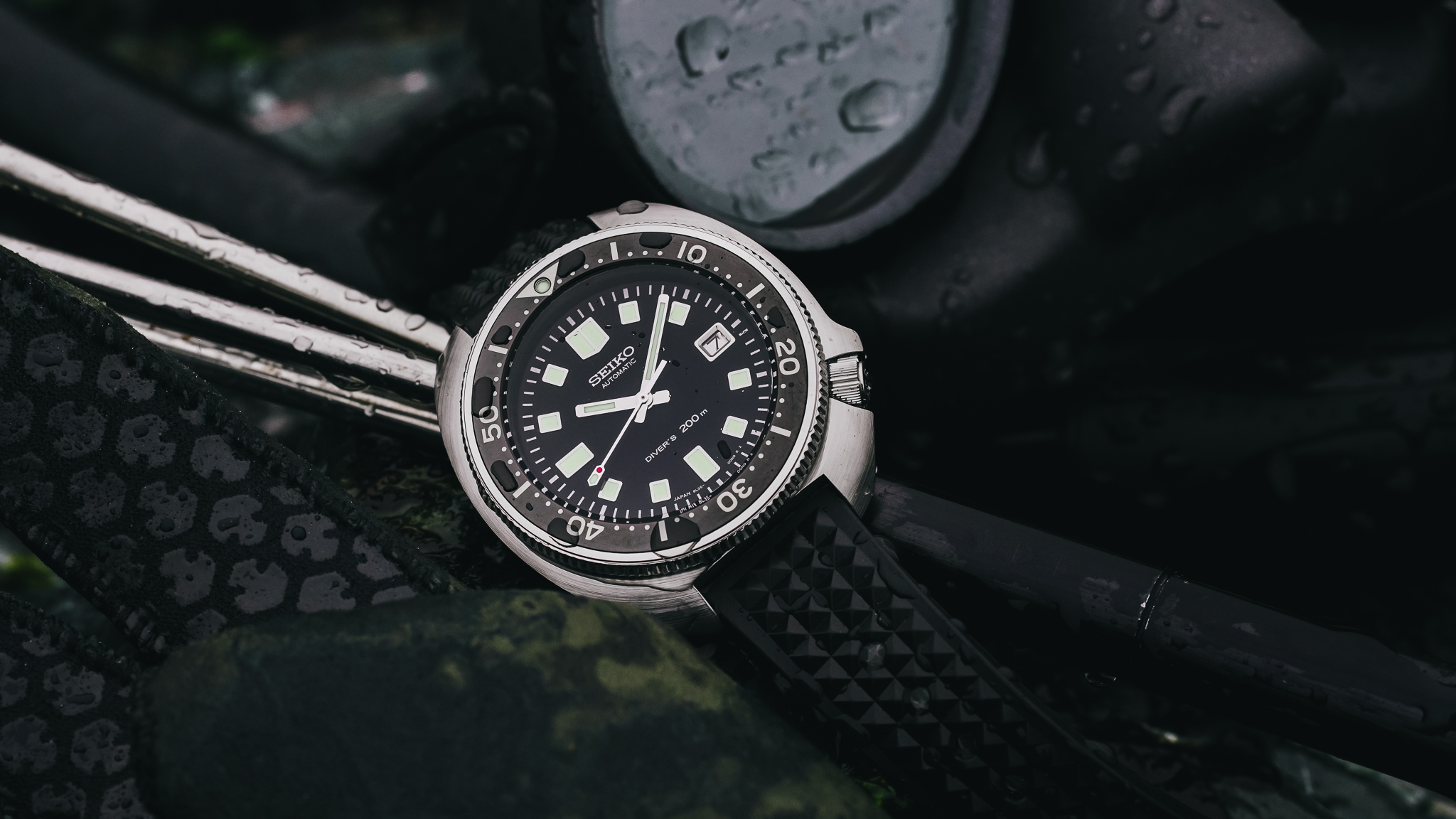 Exploring the Past, Present, and Future of Seiko Prospex Watches 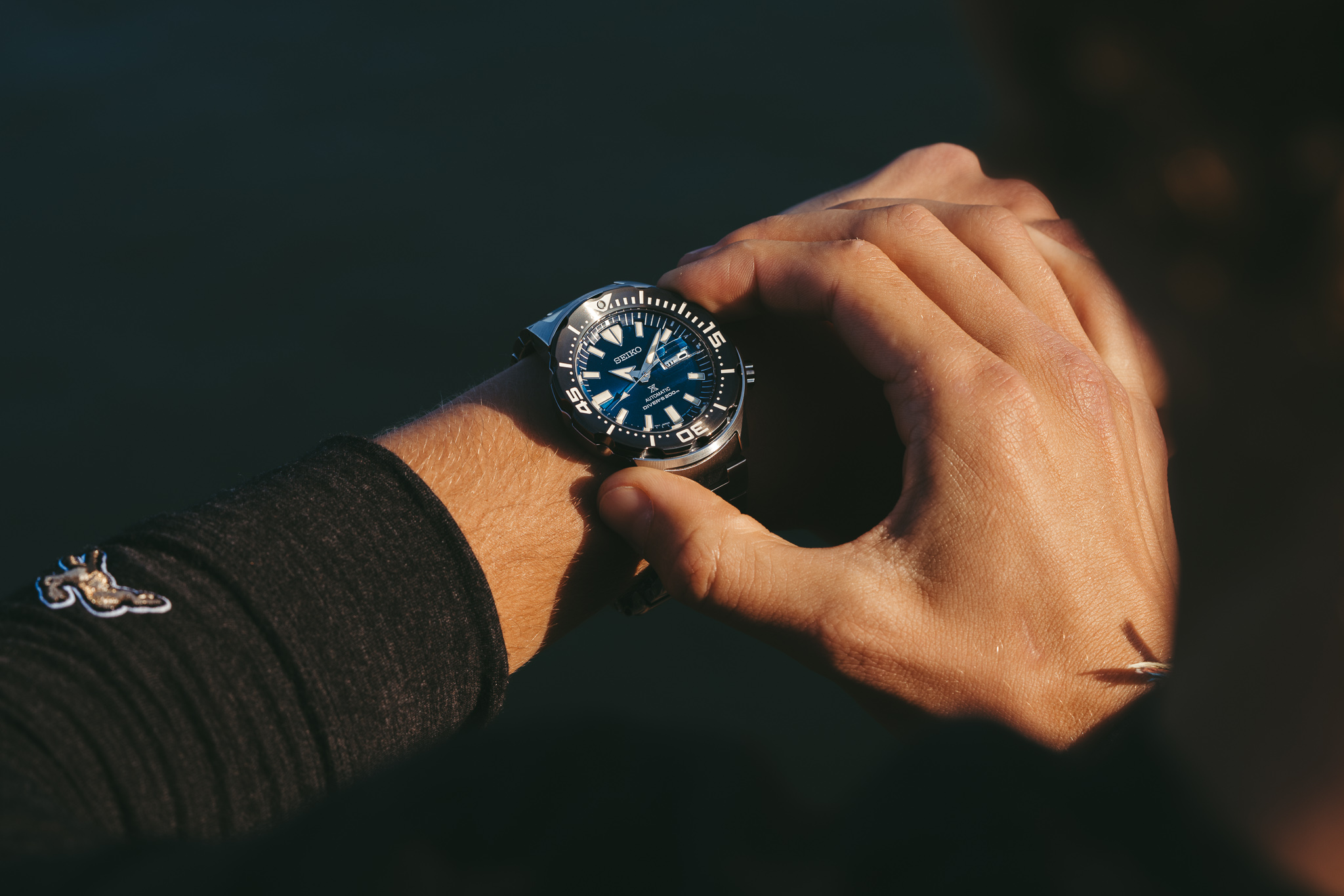 Moving more toward the present day, let’s fast-forward to the year 2000. This year saw the introduction of the Seiko SKX779, which has become another one of the watch enthusiast community’s “cult status” watches, nicknamed the Seiko “monster.” An automatic in-house 7S26 movement, 200M water resistance, and a distinctively aggressive design sensibility were some of the factors behind the success of this “toothy bezel” diver. The black dial SKX779 was followed up by the bright orange dial SKX781 variant, and there has been a wide variety of iterations since. 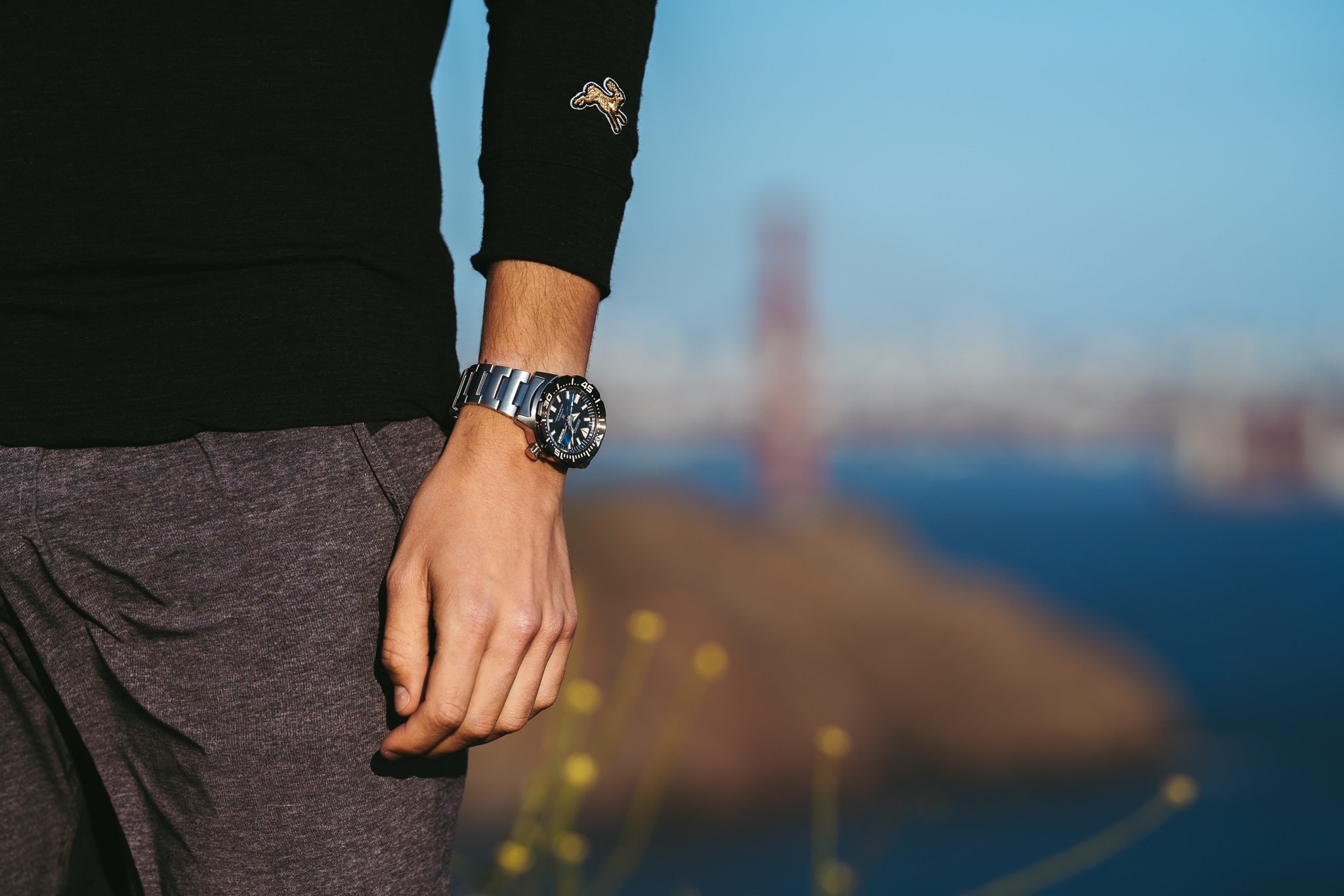 The line has been gradually updated and refined over the years with the introduction of the Seiko Prospex SRPD25 being the latest evolution. Less “toothy” but undeniably aggressive, the Prospex SRPD25 is representative of the Seiko dive watch in 2019. Legible and eye-catching with its bold unidirectional rotating elapsed timing bezel, sunray blue dial, and stainless steel case and bracelet, it is water resistant to 200M while remaining one of the most accessible Prospex watches available.

The Seiko Prospex SRPD25 is done in a stainless steel case measuring 42.4mm-wide. It uses the 4R36 automatic movement with a 41-hour power reserve and features a magnified day/date calendar. 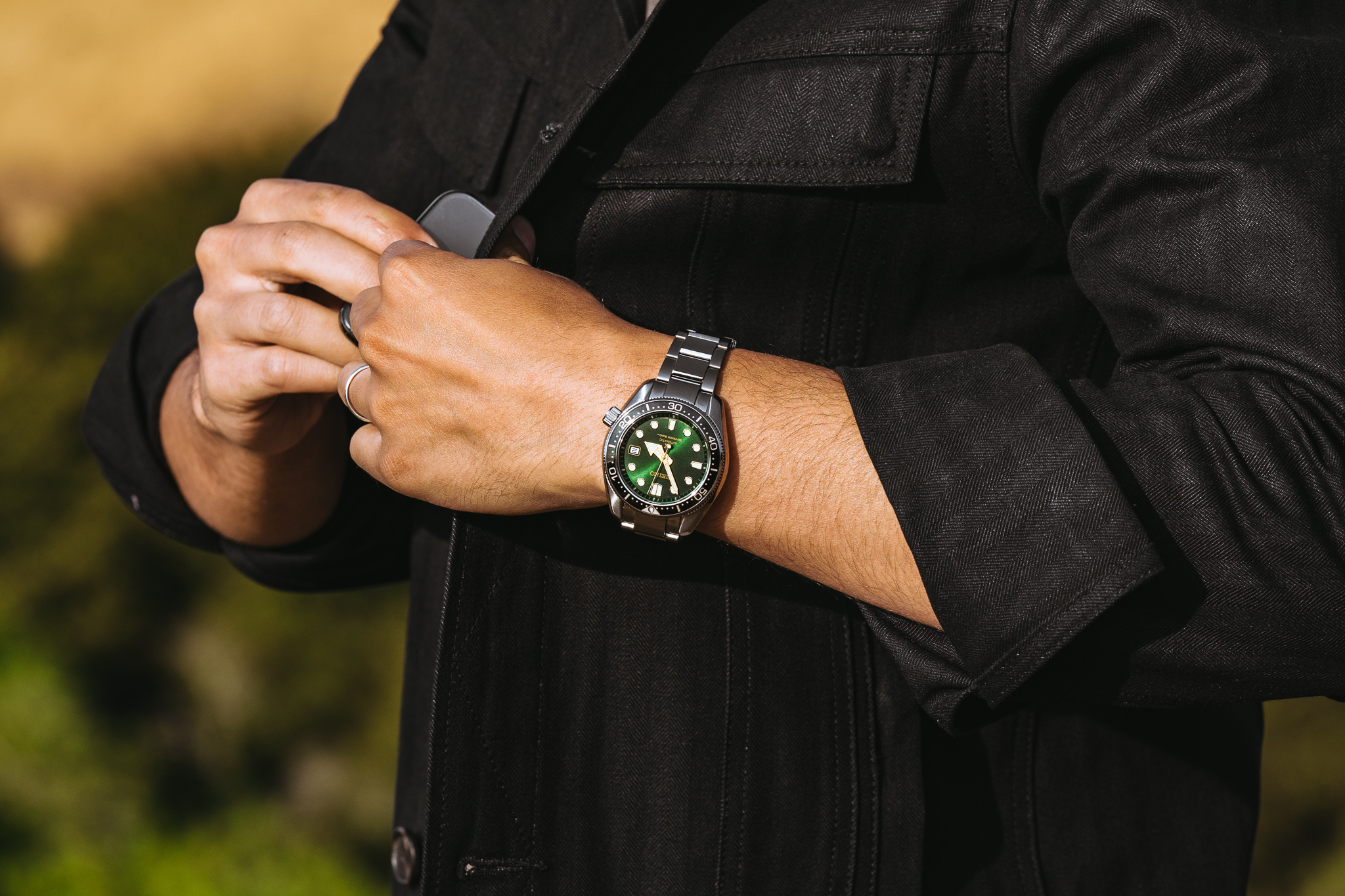 In 1967, Seiko released the 6215-7000 Professional diver, the brand’s first 300M water resistant watch as well as its first diver to have the crown at 4 o’clock. This particular reference was updated one year into its life, making way for the now highly desirable enthusiast piece in the Seiko 6159-7001.

With the professional diving needs and 300M water resistance met, Seiko outfitted the updated 6159 with its Caliber 6159A Hi-Beat movement. For those not familiar, this is the same Hi Beat movement used in the brand’s Grand Seiko watches at the time and was noteworthy for operating at a fast 36,000 vph, which offers better accuracy. Another development was the automatic movement that also allowed hand-winding. Just as the 6215, the 6159 was housed in a 44mm-wide monobloc case with screw-down crown and rotating countdown bezel. 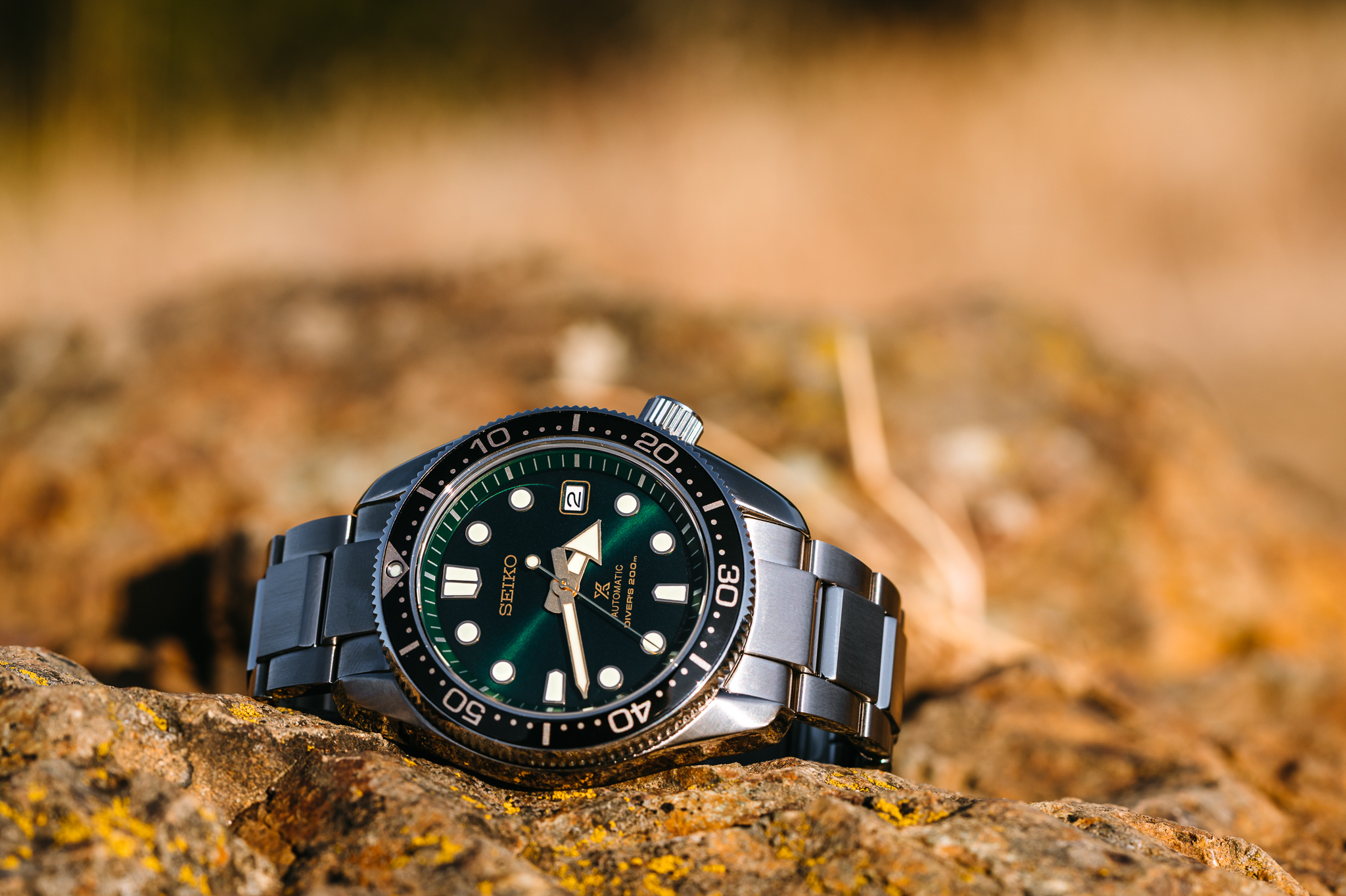 2018 saw the release of the Seiko Prospex Recreation of the 1968 Saturation Diver’s watch, SLA025, which won the coveted GPHG award for Best Sports watch of the year, and modern reinterpretations SPB077 & SPB079, which were aesthetically faithful to the design of the original while being built for a modern consumer. Now, the SPB105 takes this Prospex diver collection and adds a green colorway with gold accents to the line. However, the Prospex spirit remains with the large, legible, and lumed hands and indices, as well as the recognizable 4 o’clock crown and an AR-coated sapphire crystal. It is finished with Zaratsu polishing techniques, which create a distortion-free mirror-like finish unique to Seiko watches.

The Seiko Prospex 200M Diver SPB105 comes in a 44mm stainless steel case and bracelet, which are both finished with a super-hard coating for increased scratch resistance. This reference is powered by Seiko’s automatic 6R15 movement, which allows hand-winding, has a hacking feature, and a power reserve of 50 hours. 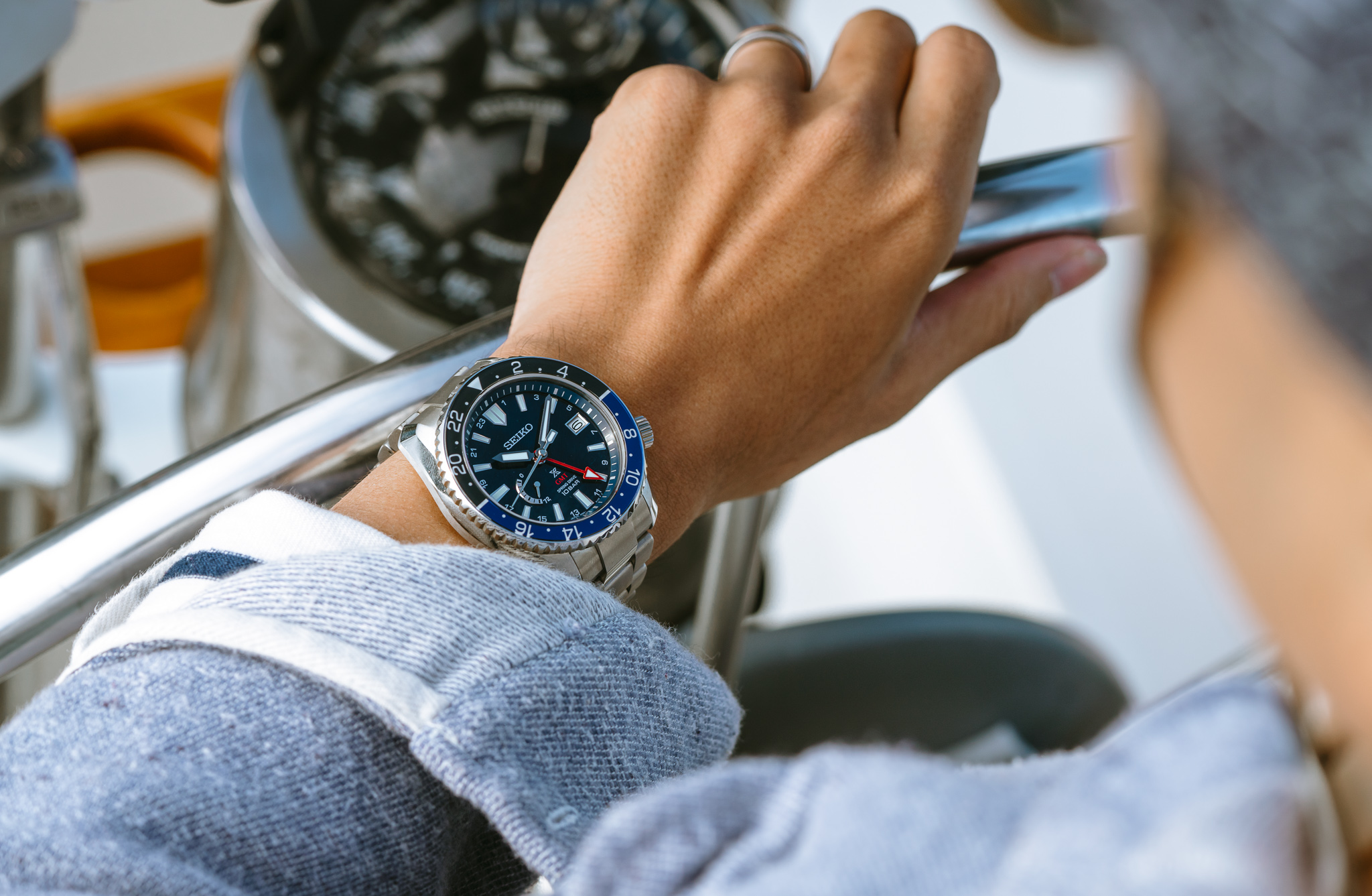 The Seiko Prospex LX line was introduced in 2019 as a collection that is firmly rooted in the brand’s history with a strong vision for its future. The name LX is inspired by the Latin word for light or lux. This alludes to both the lightweight titanium cases all the watches in the collection are done in, as well as their Zaratsu polishing which plays with the light at different angles. The collection was brought to life by critically acclaimed Japanese designer Ken Okuyama, who was also behind the designs of several Ferraris, including the Enzo.

The Seiko Prospex LX takes its design cues from the earliest days of Seiko dive watches, starting with the aforementioned 6215-7000 Professional diver. Though later iterations of that initial iconic reference would get Seiko’s ultra-high-frequency Hi-Beat movements (ref. 6159), the first Prospex Diver to receive Seiko’s evolutionary Spring Drive movement would be the SBDB001 in 2005. This tradition is extended into the LX collection watches, which are all powered by this special caliber that uses a proprietary quartz system to regulate its mechanical balance wheel and escapement for increased accuracy and stability. 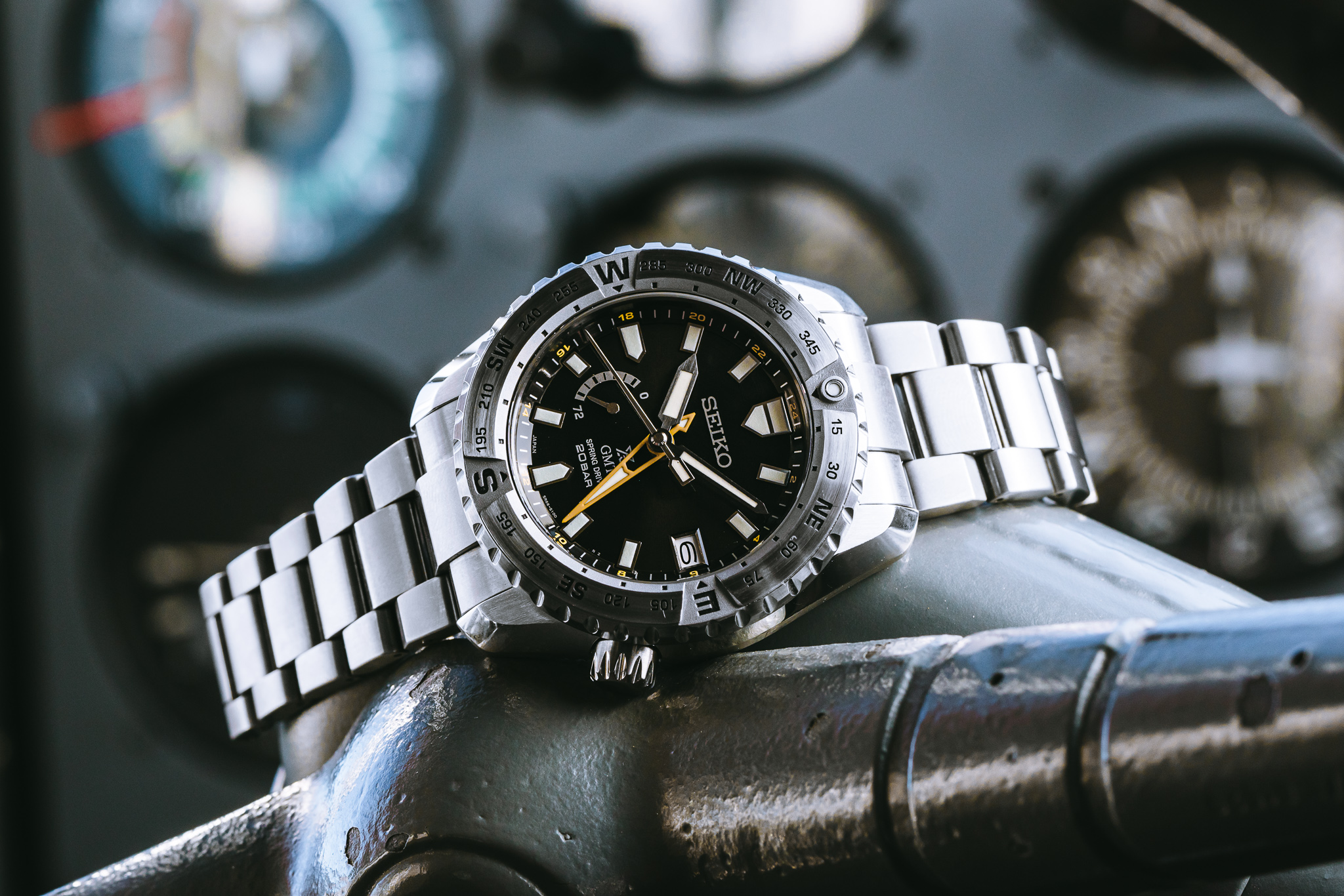 With a design language hearkening to the earliest days of Seiko dive watches, the LX collection continues those pioneering traditions, while still iterating on each. Both the SNR025 and SNR033 follow in the footsteps of the Marine Master GMT Spring Drive SBDB001, using the Spring Drive 5R66 movement that has a 72-hour power reserve. One of the most visually striking aspects of any Spring Drive movement has to be experienced in person and that is the impeccably smooth sweep of the seconds hand. 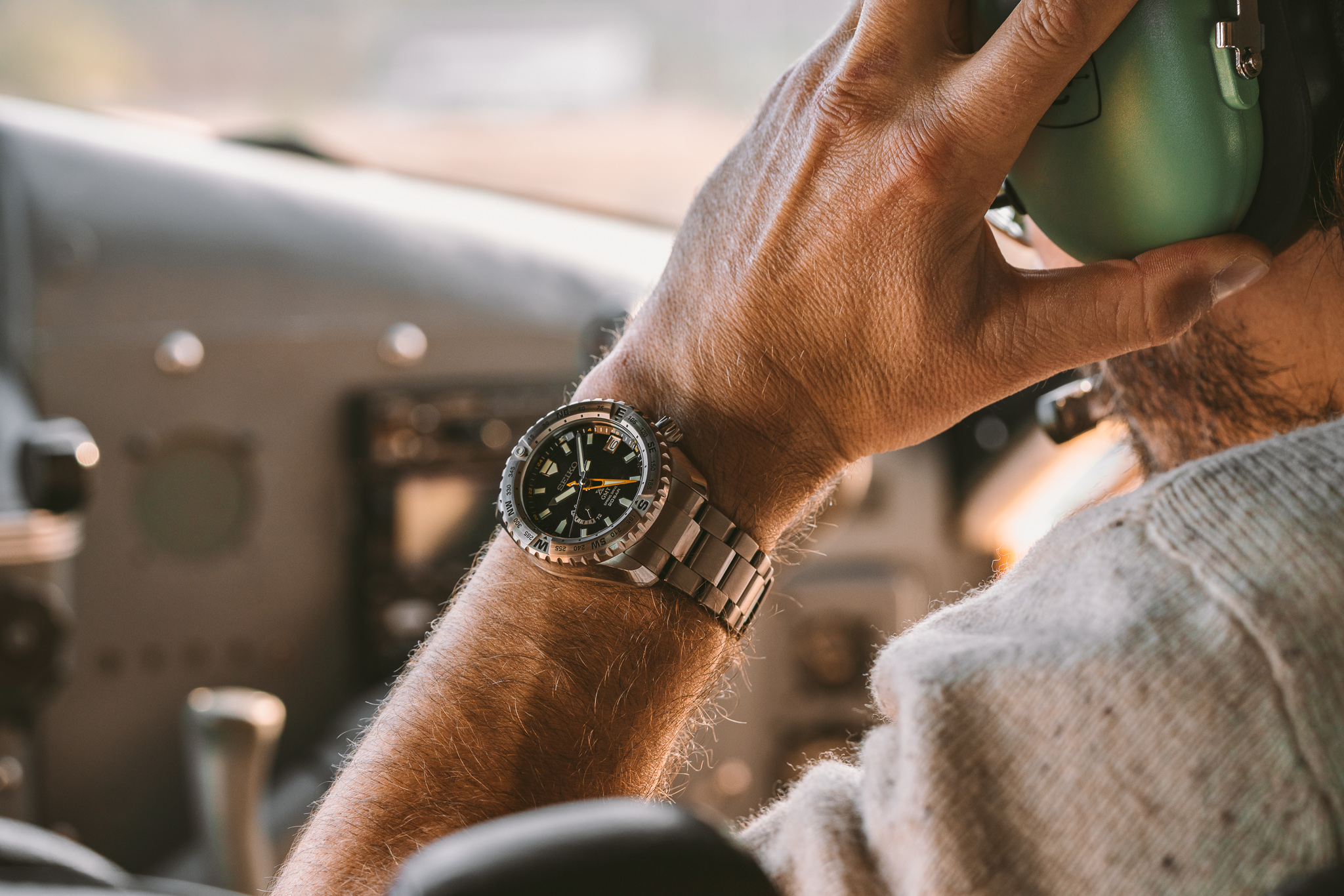 Seiko recognized the need so many contemporary watch enthusiasts have for tracking multiple time zones, so the SNR025 and SNR033 both have GMT and independent hour hand functionality, but with distinct purposes. The Prospex LX SNR025 is created with Land in mind, hence the compass bezel, and a trailing arrow ‘tail’ on the GMT hand, which can be used to find true north. The Prospex LX SNR033, on the other hand, is built for the skies, with a bidirectional 24-hour bezel that is black and blue for am/pm.

Both of these Prospex LX watches measure 44.8mm wide and 14.7mm thick, with the cases and bracelet done in Zaratsu-polished titanium. The SNR025 has a water resistance of 200M, while the SNR033 is water resistant to 100M. 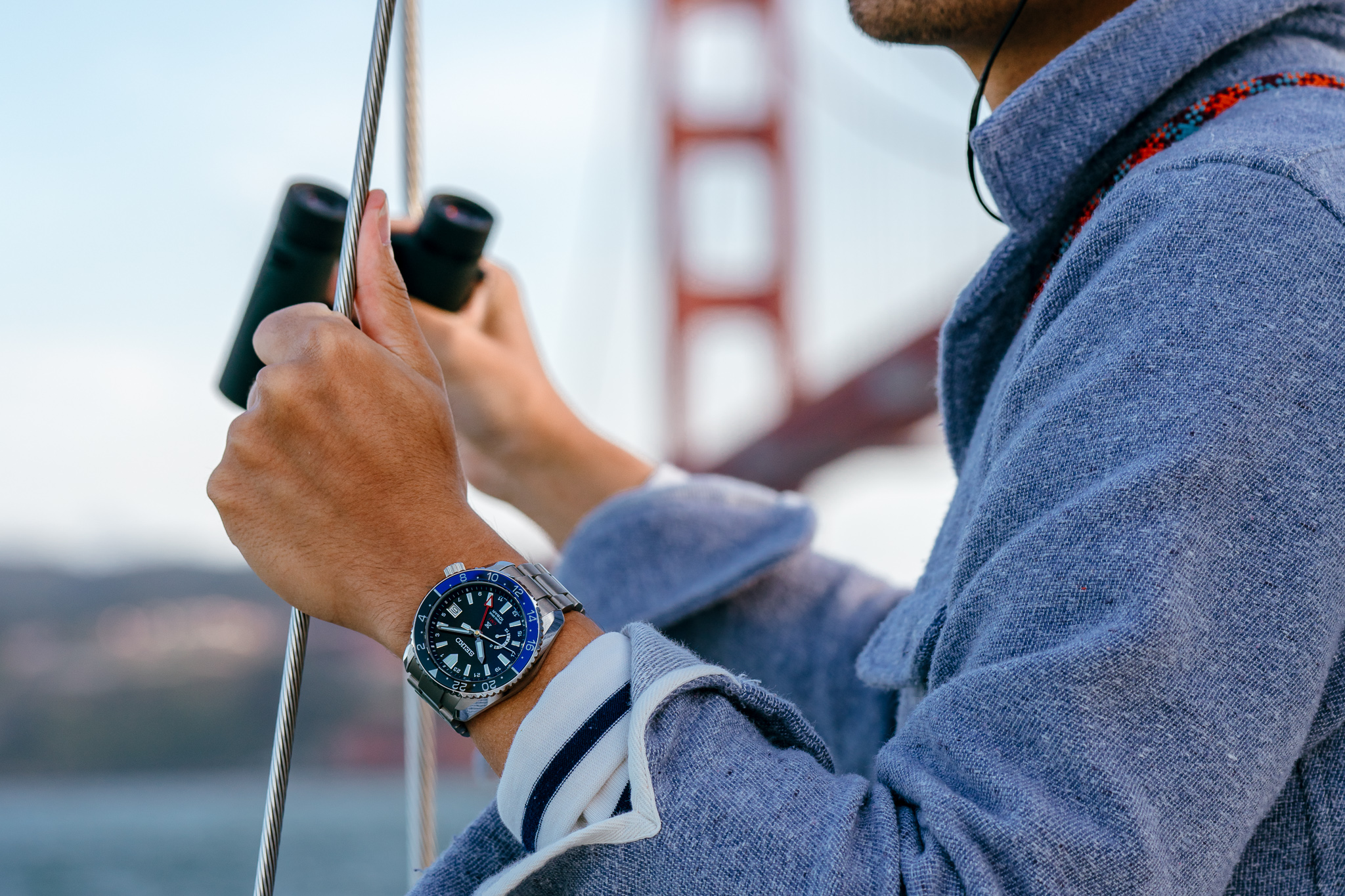 The Future of the Seiko Prospex

Guided by the spirit of adventure and backed by over fifty years of pioneering design, the Seiko Prospex LX collection feels like a natural evolution of the ethos of the Prospex legacy watches, while raising the bar for fit, finish, and functionality of the prototypical modern sports watch. To learn more about the LX collection, or any of the modern Seiko Prospex watches, head over to seikowatchesusa.com.