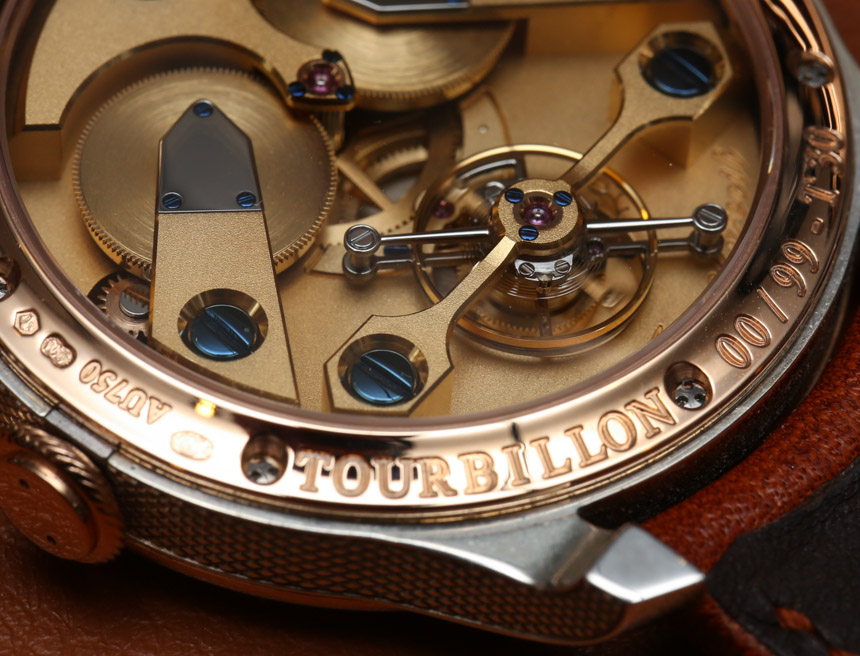 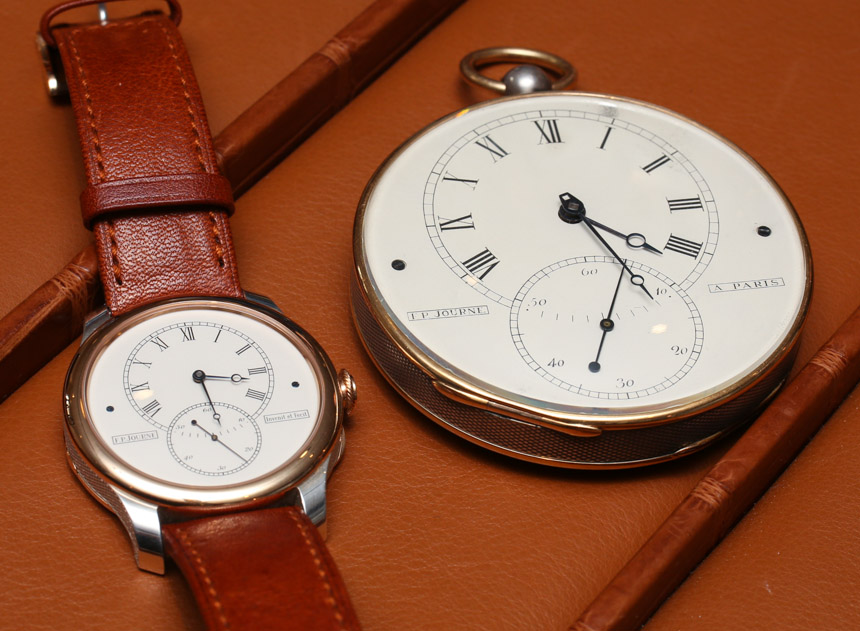 I recently sat down with Mr. Francois-Paul Journe, here in Los Angeles, at his newest brand boutique on Sunset Blvd. Journe is the type of man with a lot to say, yet he prefers not to speak English, as a translator to converse with him in his native French is always nearby. Last week, a rather good watchmaker claimed to me that Francois-Paul is perhaps the greatest living watchmaker. I repeated this sentiment to Journe to get his opinion on the comment. He chuckles at first, expressing his gratitude for being alive, then proceeds to explain how he doesn’t know what else he would do as he isn’t good at anything else aside from watchmaking. Whether or not that is true, he is pretty darn good at making good watches.

F.P. Journe’s manufacture in Geneva produces less than 900 watches per year, yet the brand has about 10 boutiques so far world-wide, and his new Anniversary Tourbillon watch celebrates 30 years as a watchmaker. So what is the state of Journe these days? You can do the math pretty easily to deduce that with the brand’s production there aren’t that many timepieces to go around to the brand stores as well as third-party retailers. One of their efforts has been to move their watches out of third-party retailers into their own stores. Journe perhaps rightly feels that in a crowded store environment, the motivation to discount rather than explain his products is too high. In his typical style, he takes even the process of selling back in-house. 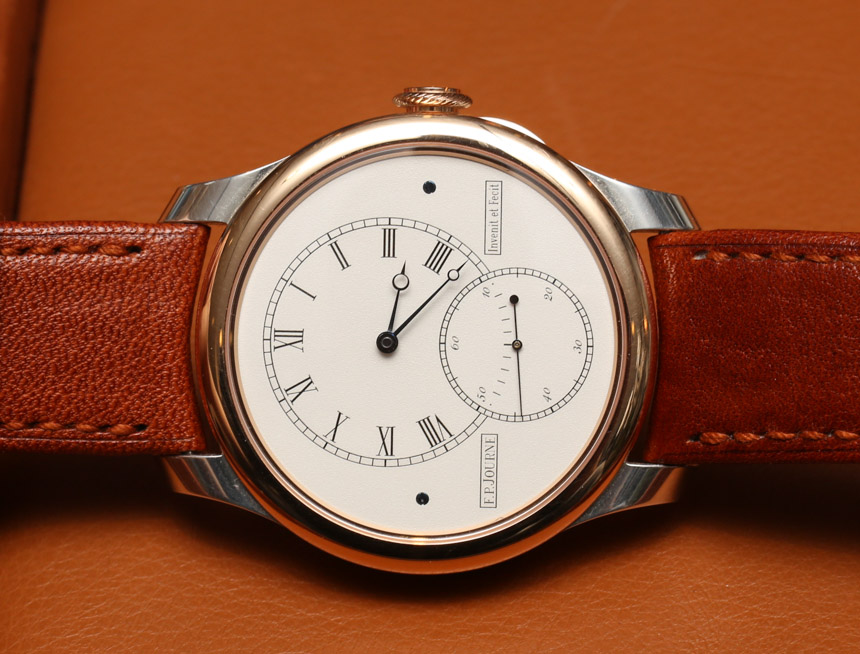 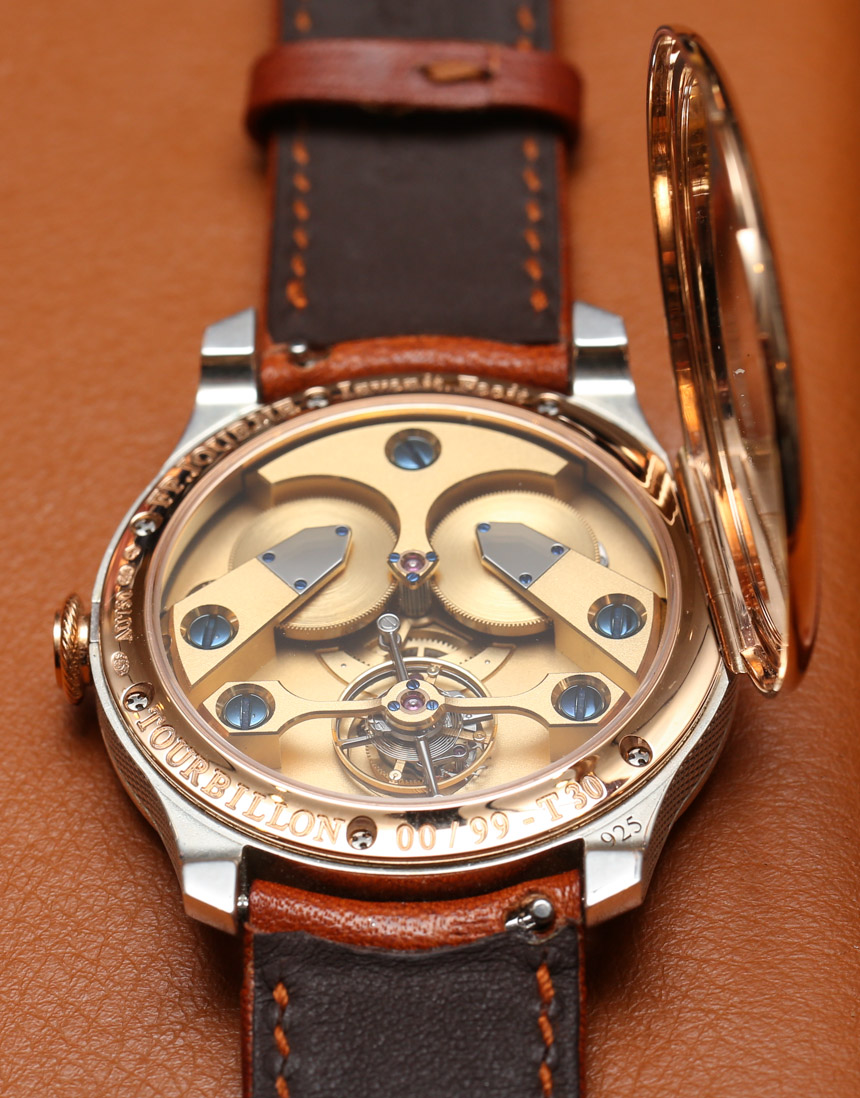 As an independent watchmaker, no one tells Journe what to do, and he prefers it that way. If they did, certain products would surely never have been produced. His masterpiece Sonnerie Souveraine comes to mind. A $650,000 minute repeater with grand and petit sonnerie functions… in a steel case. I just can’t see larger corporate brands trying to pull that off. Steel transmits sound better than gold or platinum, so Francois-Paul chose to use it. I’ll cover that piece in another article, but you get the idea of the type of stuff he does. In a sense he is an horological purist. He doesn’t like vestigial parts, design elements, or BS that simply doesn’t make sense. His most picky customer is himself.

On his wrist are two watches. First is his own personal Sonnerie Souveraine (which happens to be among his personal favorite), and the second is the Anniversary Tourbillon. It is his newest piece, and also part of a limited edition. One that happened to have been sold out by the time he got here. It was only released about a month ago and aBlogtoWatch first debuted the F.P. Journe Anniversary Tourbillon watch here. 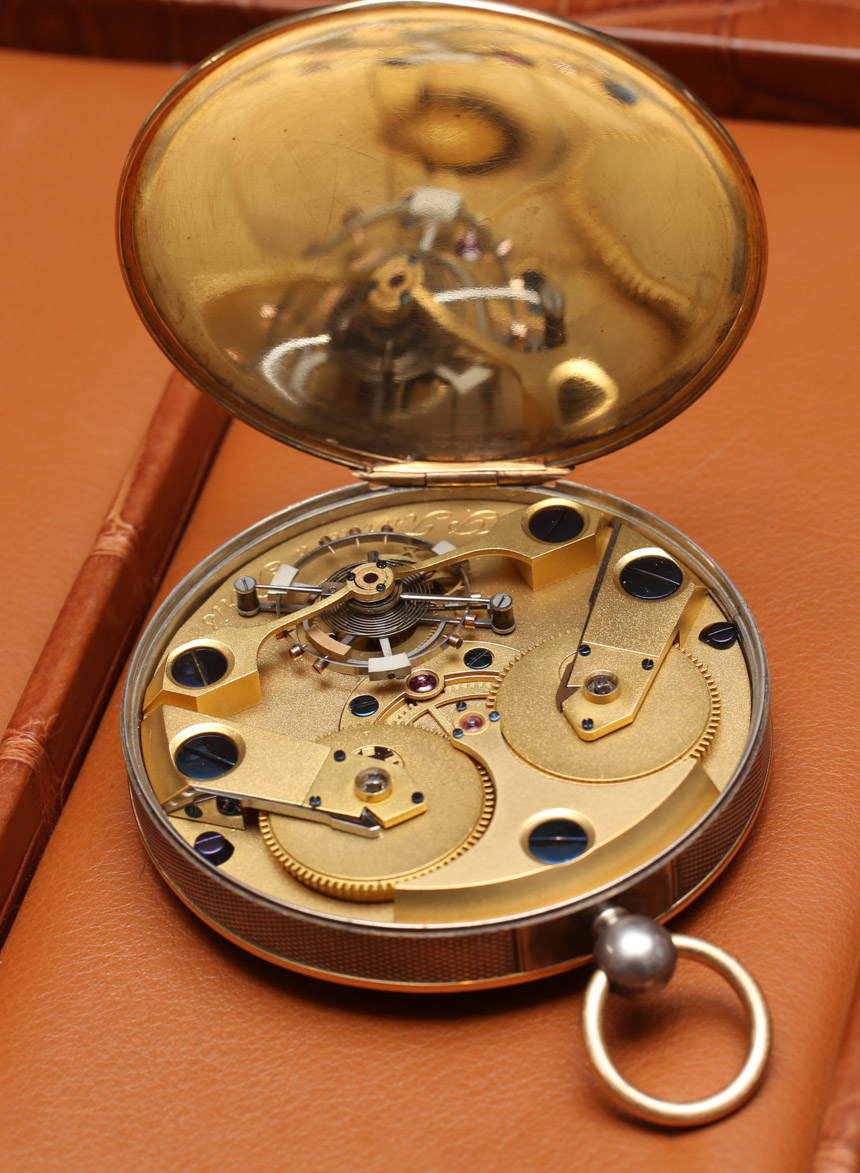 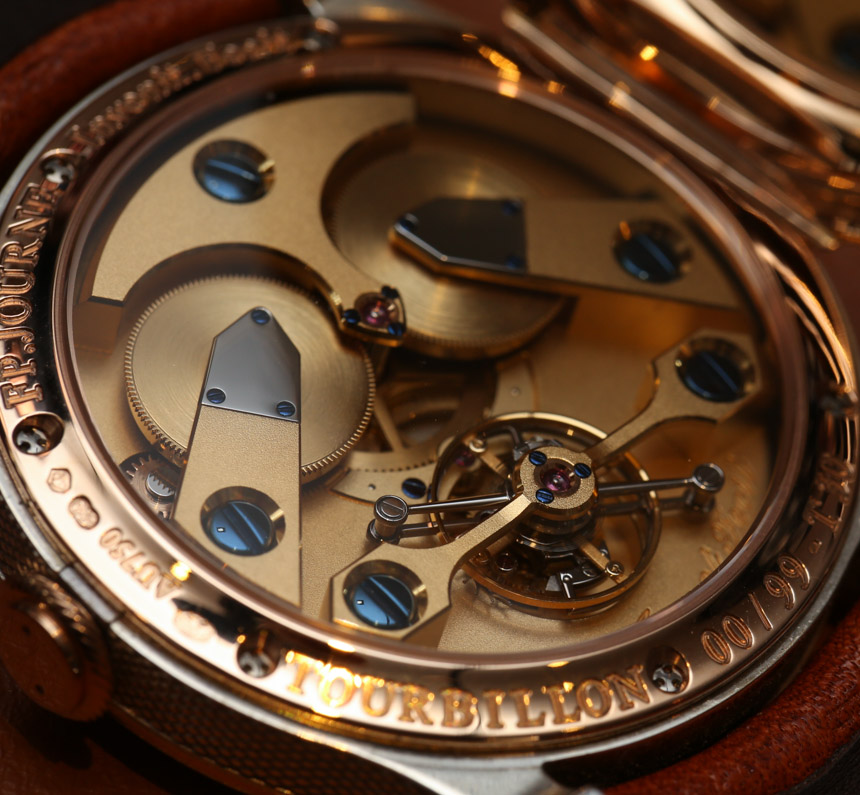 Unique in the overall collection, the design of the Anniversary Tourbillon doesn’t fit into any of F.P. Journe’s major product lines such as the Souveraine or Octa. The case, dial and movement are all unique. In fact, this is a wristwatch form of the man’s first timepiece – the first timepiece he produced himself that is – which was about 30 years ago.

In a typical watch industry travel container, used to carry the most precious cargo, Journe reveals his original pocket watch creation to me. It is in a transparent plastic case held in relative stasis by two tautly pulled pieces of plastic shrink wrap. As far as pocket watches go, it is rather large and instantly you can see the familial resemblance between the two pieces. The dial is simple with two overlapping dials for the time and a subsidiary seconds dial. The markers are printed on an off-white face flanked by two screws and just a little bit of dial text. The case uses two metals with the bezel and case back ring being in 18k rose gold, while the rest of the case is in 950 sterling silver and thoroughly machine guilloche engraved. Both the wrist and pocket watch even have hunter-style opening case backs.