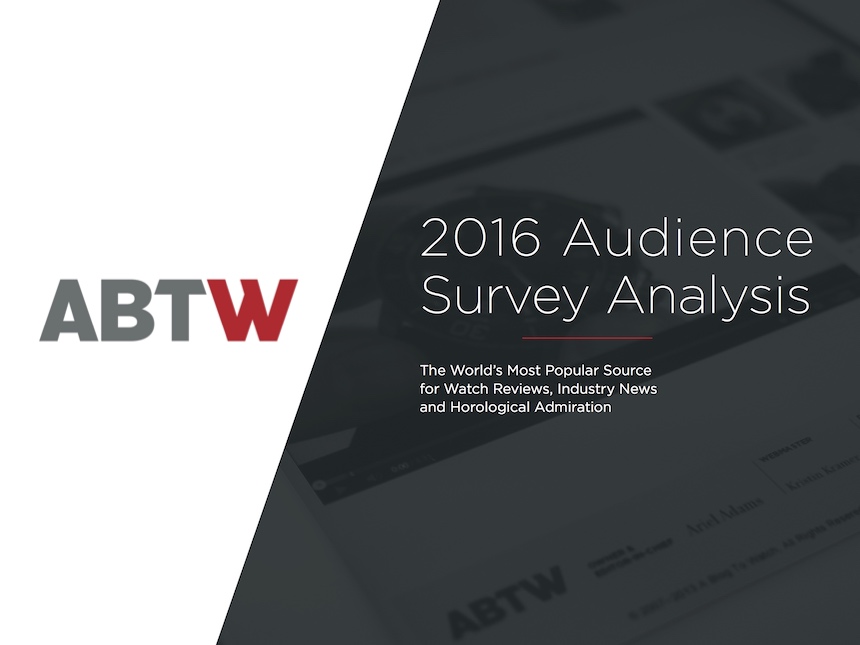 Facts About The aBlogtoWatch Audience From Our Big Survey

aBlogtoWatch As Part Of A Well-Rounded Watch Lifestyle

The majority of aBlogtoWatchers use the internet to not only receive information about new brands and watches, but also to find reviews – with each being reported about equally as the most common things they pay attention to and look for online. The internet and places like aBlogtoWatch logically play a major role in purchase decisions and buying activity. 87% claim that information about watches on high-quality digital media “greatly influences” the purchase decisions they make. aBlogtoWatch appears to play a big role in that. 89% agree that aBlogtoWatch regularly teaches them about new brands and watches, and 54% say they read about the last watch they purchased on aBlogtoWatch. 35% credit aBlogtoWatch with helping to prevent them from purchasing a watch they might have otherwise purchased, likely finding a better alternative.

People who visit aBlogtoWatch are horological mavens. 78% of aBlogtoWatchers agree the people who know them well would consider them “avid watch lovers,” but 55% of them report not having any close friends who share their passion for watches.

That doesn’t stop aBlogtoWatchers from being mini-ambassadors of “watch love” in their own circles. 63% feel confident saying that they know a lot about watches, and 66% of them give watch buying advice to people in their social circles (regardless of whether those people asked for the advice or not). 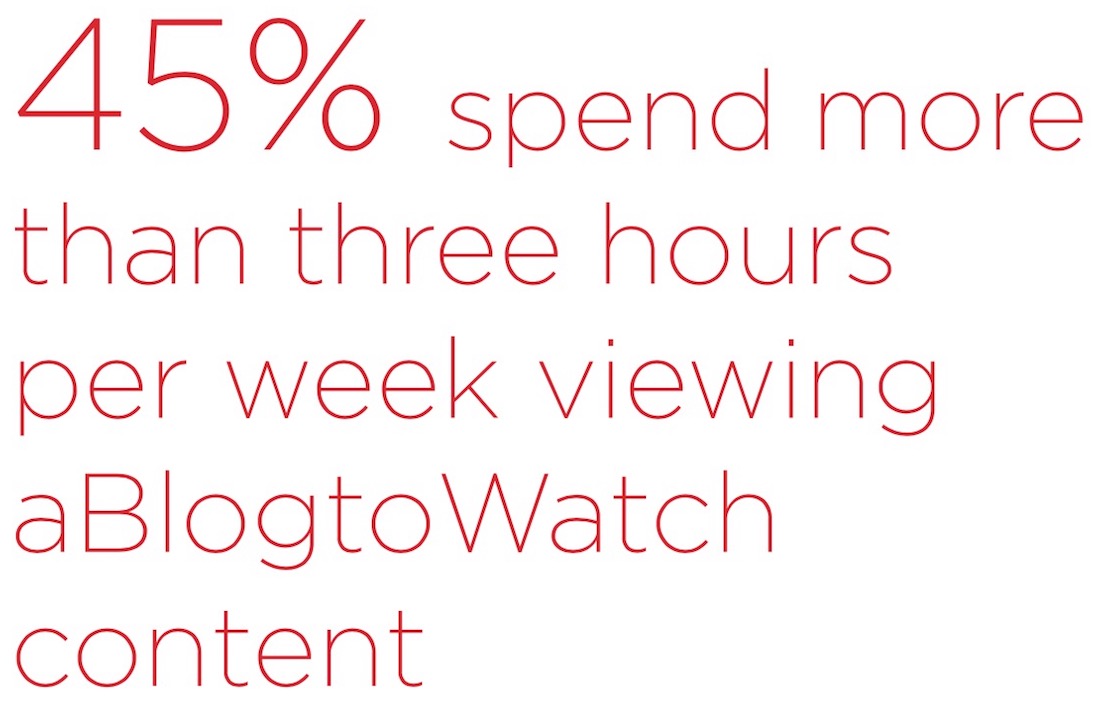 It would appear that aBlogtoWatch audience members are also sophisticated consumers and greatly value digital watch media (editorial and advertising) for not only exposing them to new products and brands, but also for reviews and information to help them make their own decisions about the next watch they want to buy. They also dedicate a good deal of time to checking out watches online. Only about 10% say that they spend an hour or less per week doing so. 45% spend up to three hours per week consuming watch media, and another 45% on top of that spend more than three hours per week doing so. 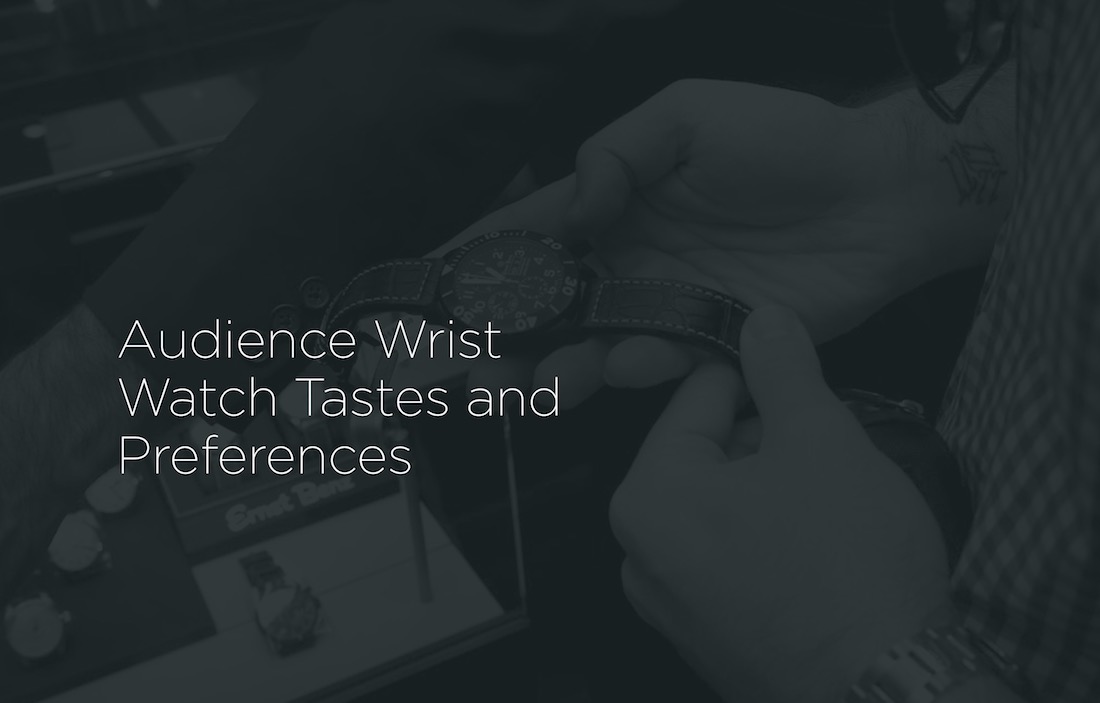 Types Of Watches That Most Appeal To The aBlogtoWatch Audience

Using their own words, aBlogtoWatch audience members tend to like conservative, timeless watch designs. With that said, many report valuing diverse styles with variety being a key factor in how they form their collections. By far, the most popular term aBlogtoWatchers used when writing in answers (not multiple choice) about their watch tastes was “classic.” Being used almost three times as much as other popular terms including eclectic, traditional, tool, vintage, sporty, varied, and conservative.

When looking at purchase habits as well as the watches they intend to purchase, it becomes clear that the most valued type of timepiece by aBlogtoWatchers are classic sport watches by traditional, well-known brands. Swiss and Japanese watches are very popular, as well as German ones. aBlogtoWatchers seems very open-minded about country of origin, and appear to be primarily concerned with utility, value, and overall design.

When asked (again, in their own words) what brands aBlogtoWatchers have recently purchased, intend to purchase in the next two years, or are eager to hear more about – many of the same names kept coming up. The most popular ones people mentioned are, not surprisingly, Rolex, Omega, Seiko, Tissot, IWC, Panerai, Nomos, Sinn, Oris, Tudor, Citizen, Casio, and Longines. With that said, aBlogtoWatchers mentioned literally hundreds of different brands both large and small, ultra-expensive to very affordable.

When it comes to watch size and materials, as well as internal mechanisms, aBlogtoWatch audience members are overwhelmingly practical and look for long-term wearability. By far the most important functional factor in deciding to buy a watch is its legibility. After that, the accuracy and then reliability of the movement ranked second and third. When it comes to overall factors which influence why someone purchases a watch, people overwhelming chose “design and style” as being more important. Least important was a watch’s potential status-conveying value. aBlogtoWatchers are a confident group who value watches for what they do and how they look, not merely what they represent to others. 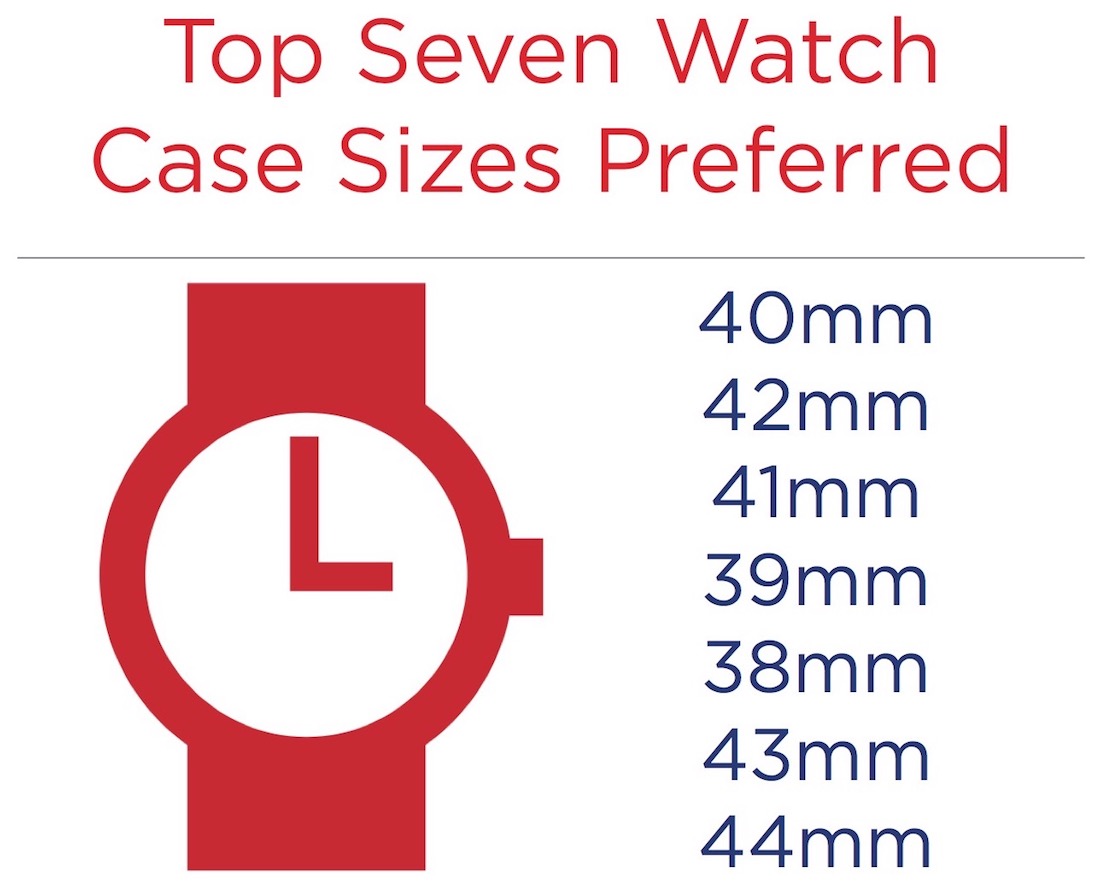 40mm wide won out as the overall most appreciated size for a watch. After that was 42mm and 41mm wide respectively. Steel was the most desirable watch case material, which makes sense given the preference for practical sport watches. From there, people like titanium, ceramic, and carbon fiber quite a bit. 18k white gold is preferred more than 18k yellow gold, which together rank a few places higher than 18k rose/pink/red gold. 97% of aBlogtoWatch audience members are happy to purchase watches without in-house-made movements, but that doesn’t mean they aren’t valued. At least 69% of aBlogtoWatchers do consider an in-house movement to be at least a solid plus factor when considering to purchase a watch. 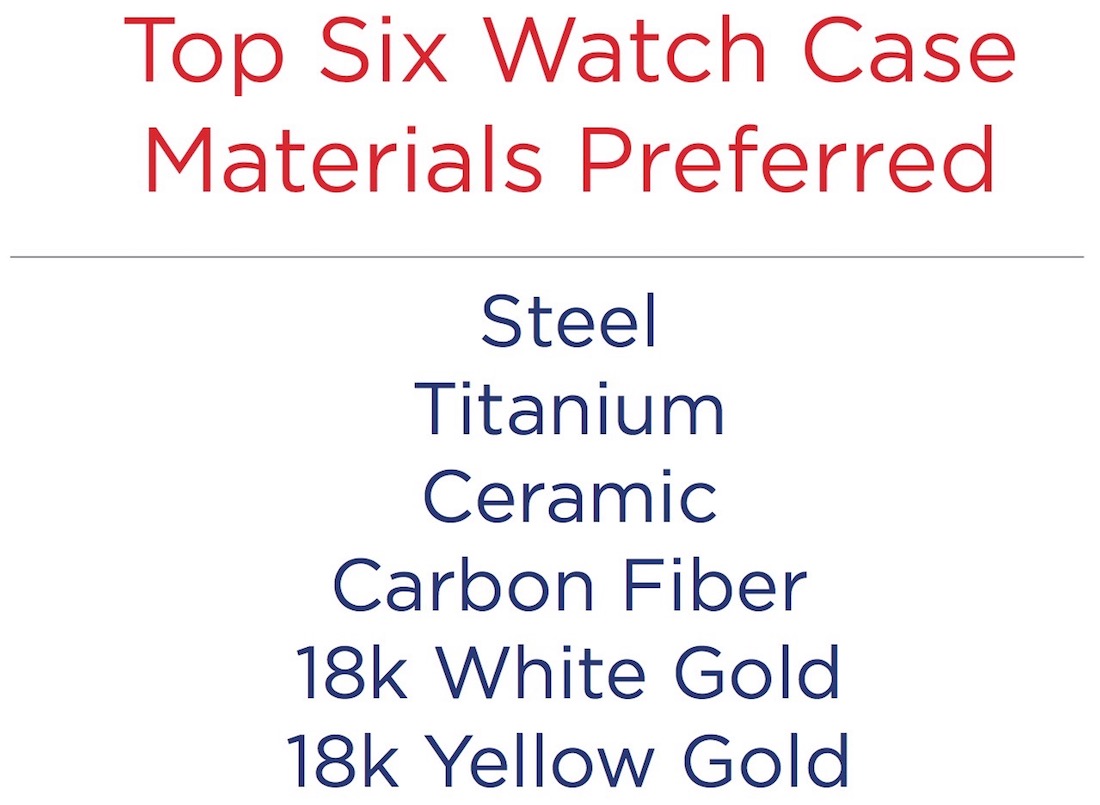 What I personally found to be the most interesting when analyzing the aBlogtoWatch Audience Survey data is just how much the profile that was being built sounds like me. I seem to very nicely fit into the demographic of the “average” audience members given the data – and that felt gratifying. One of our team mantras at aBlogtoWatch is to create content that we ourselves want to read, which implies that we are going to talk about watches that we like, of course. The most flattering approval of our work is that it seems to be attracting people just like us – but from all over the world. If my original mission with aBlogtoWatch was to reach out and share my passion with other people quite similar to me, then 10 years into it things seem to be right on track. I think the most interesting question that remains to be answered is whether we are finding people who already have these tastes and are giving them what they want, or if we are simply educating a generation of watch lovers to like what we like. Either way, I’d say it is a proud honor.