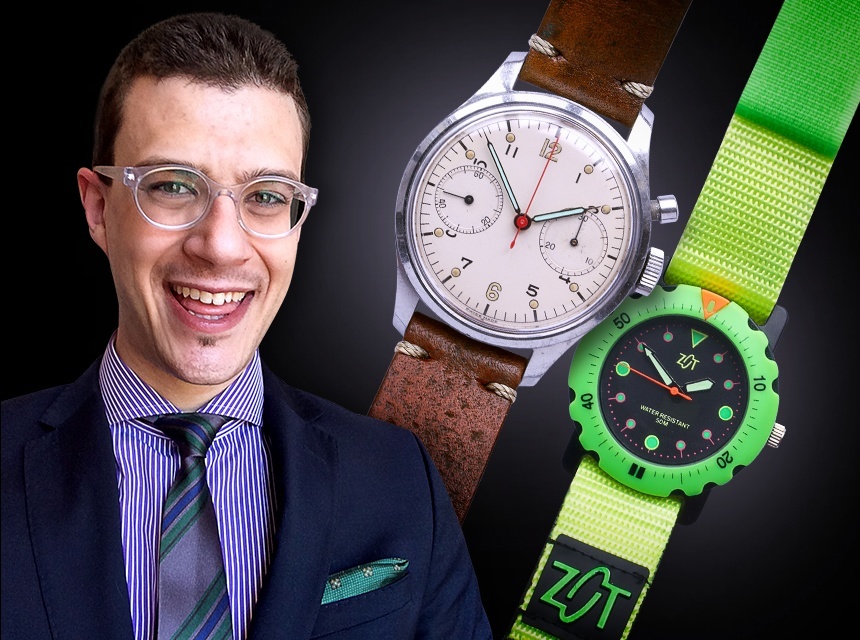 Welcome back to an original aBlogtoWatch feature, “My First Grail Watch.” In this series, we ask prominent people in the watch industry about the first timepiece that they lusted after. Today, we are touching base with another member of team ABTW that you likely are not familiar with, Matt Smith-Johnson. Read on to learn about his true first grail, how his grandfather got his interest in watches started, and what he calls out as his holy grail watch.

Matt Smith-Johnson: Hey there! My name is Matt Smith-Johnson, and I’m the Art Director for ABTW. Additionally, I am the owner and maker of Teenage Grandpa watch straps. Along with those responsibilities, I’m also a freelance Creative Director based in Toronto.

Matt Smith-Johnson: This may sound ridiculous, but I cannot remember a time where I wasn’t fascinated with watches. I have been told that when I was an infant, my grandfather would walk me around his house to listen to his many clocks chime and give them their daily wind. He’d time them off from one another just slightly, so I could hear each one ring off the “Westminster Chime.”

Although I have little memory of this, I’m sure that planted the seeds of the importance of timekeeping! 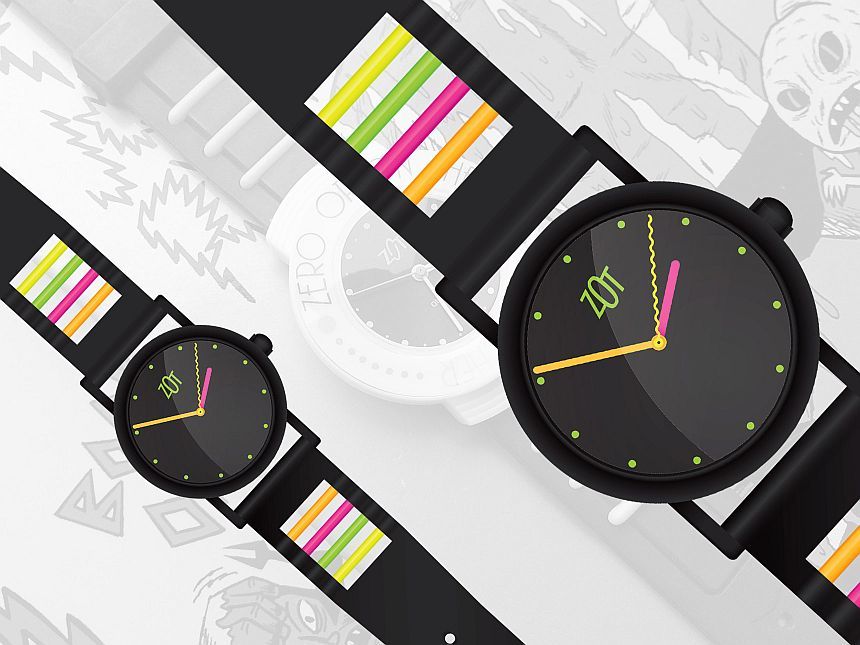 ABTW: That is a great family tie-in to watches, especially for someone who is not a watch maker. Did your grandfather have any hand in what became your first grail?

Matt Smith-Johnson: I have two watches I consider my grails thus far. The first, and I mean very first watch, I can recall wanting was a ZOT watch that I saw at a department store when I was out with my grandfather. I think it would have been a K-Mart, back in the late ’80s. Since I had no financial resources of my own at the age of about six or seven, the only way I could get this ZOT watch was to beg endlessly to my grandfather. And that I did! And it totally worked.

He took me back to the shop and got the watch for me, a Silberstein-esque quartz that was matte black with bright neon hands and markers. I remember the lady at the watch counter saying, “why the heck are you buying a watch for this little kid? He doesn’t need it!” But my grandpa just said something like “Yeah well… He wants it all the same.” Truth be told, I couldn’t even read what time it was yet, I actually had little clue what the watch actually DID… But I really wanted the thing.

I wore it ’till it wore out, and I tried to keep it, but it ended up being written off when my Mum’s basement flooded—with sewage. Years later, I drew out the watch from memory in Adobe Illustrator, and kept my eyes on eBay for another like it. Last year on my birthday, I was drunken eBaying at 2am when I came across a lot of three ZOT watches, similar to the one I had. It cost me $7 total for the lot with shipping. 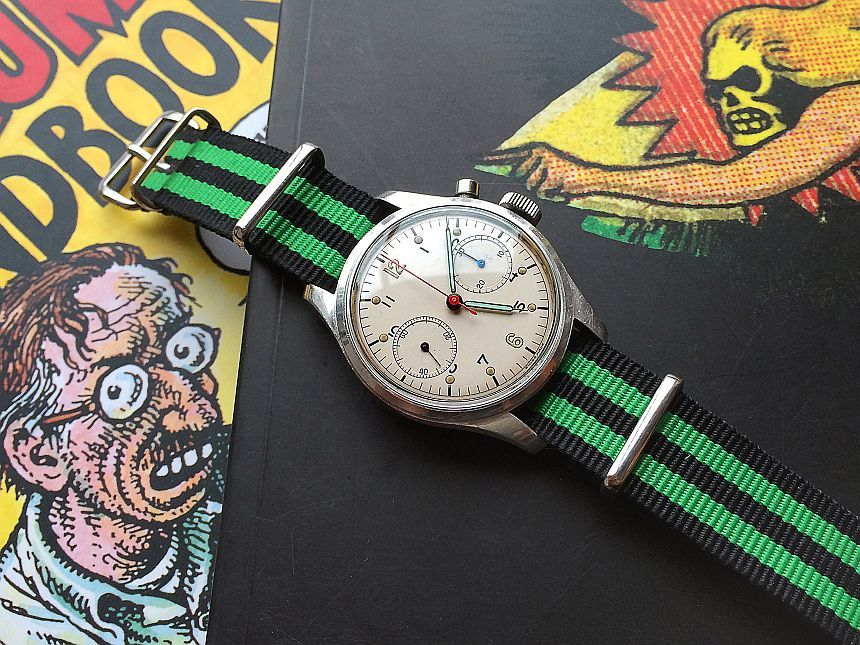 My second grail would be my Rodania RCAF one-button chronograph. This was the first vintage watch I saw online that sucked me in like a magnet. My dad actually tried to find one to surprise me with, for years on end. He even went as far as asking around amongst some older veterans to see if anyone kept their service watch, but no luck was had. Then, just about a year ago I had another watch deal fall through. I had saved and anticipated this other timepiece but the deal went south. So here I was with a good amount of cash when, lo-and-behold—a Rodania RCAF Monopusher appears on WatchesToBuy.com.

I couldn’t believe it, the timing was perfect, and the watch was exactly what I was looking for. It’s my favourite watch by a long shot, and gets plenty of wrist time. 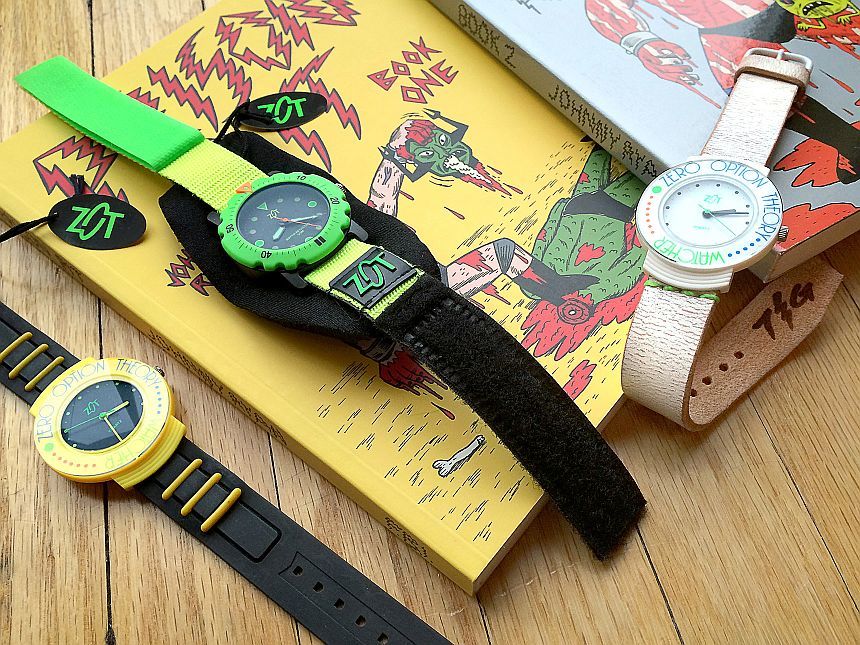 ABTW: What drew you to these watches? I’m guessing given the nature of the watches (and your ages at the times) led to some very different reasoning…

Matt Smith-Johnson: With the ZOT, it was the bright colours and Silberstein-esque design for sure… That watch had a huge impact on my life, as I’m a very visual person. Even if you look at the branding for Teenage Grandpa, or on my personal website, its influence on the colour scheme and overall appearance should be apparent.

For the Rodania, it was very different. I wasn’t really even into vintage watches when I first stumbled across one on the MWR Forum back around 2007… There was just something in the way it looked; it really grabbed me. As I learnt more about the variations, and came to appreciate things like patina, I determined that I wanted the Rodania variant, preferably non-surplus, with a nice cream coloured dial. And that is exactly what I got! 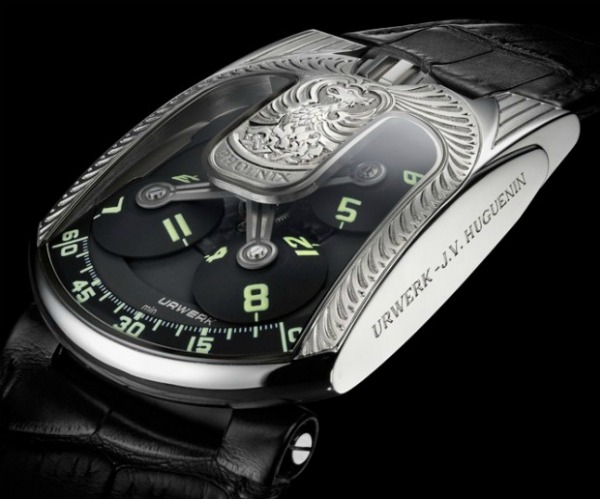 ABTW: It’s always great to hear about someone obtaining their grail (and, in your case, almost re-obtaining an earlier grail). Since you now have your grail, is there another watch you are on the search for?

Matt Smith-Johnson: I would still like to find the exact ZOT watch I had as a child, and I am not sure if anything could replace the Rodania in my heart. However, a definite holy-grail watch for me would be the Urwerk UR-103, but it is out of my financial grasp at present. Hell, there are a few more watches I would love to have, but money aside, The ZOT and the RCAF connect with me in a way I’m not sure other watches can.