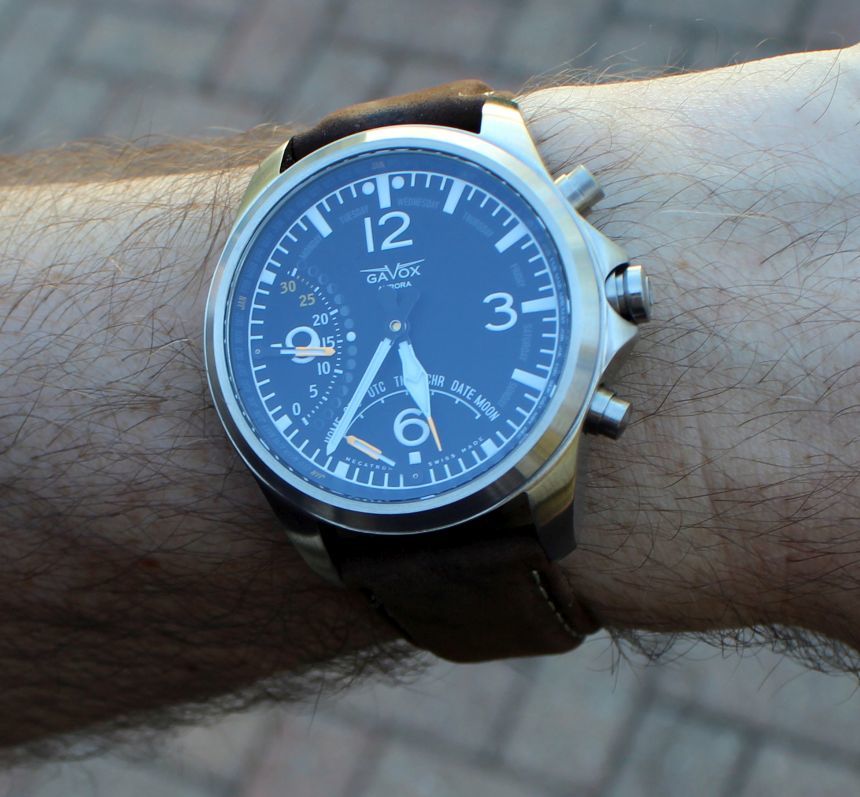 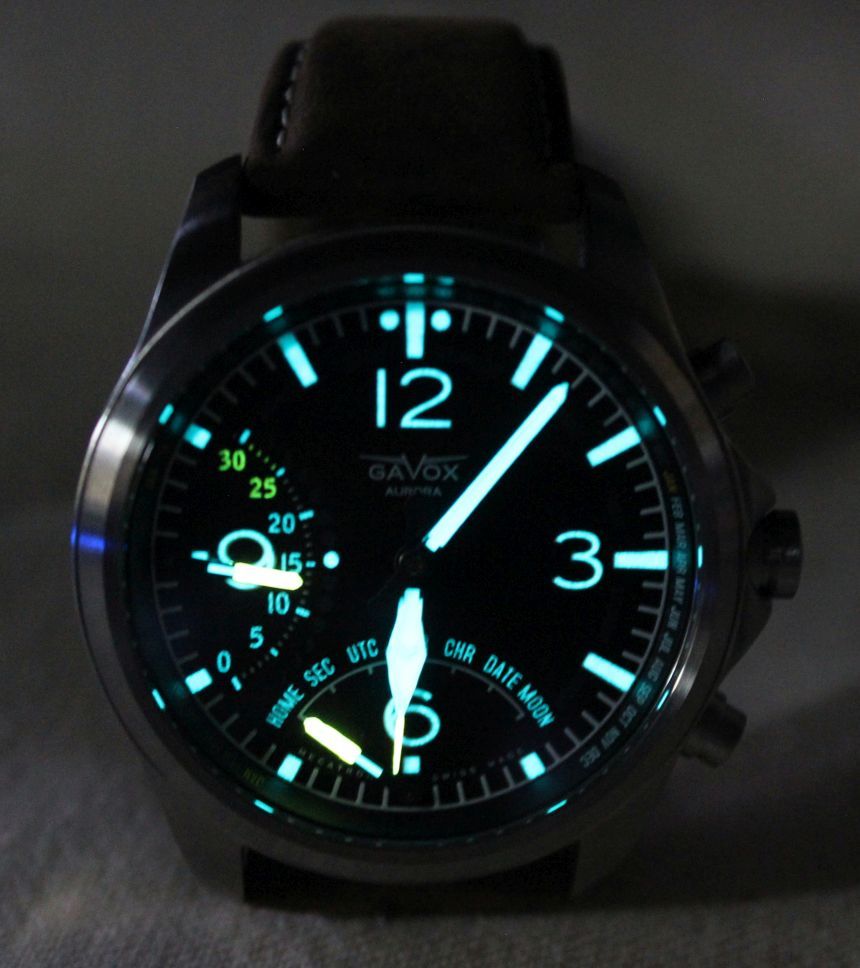 As you can see, the Gavox Aurora offers quite a lot of functionality. While at first I did need to refer to the manual, it quickly became intuitive, especially as most of the functions you set once and you’re done, so long as the battery lasts. All of that functionality belies an interesting movement, and for the Gavox Aurora, it’s the SOP 716 from Soprod. The movement is one that Michael Happe, the fellow behind Gavox, began working on way back in 2011. It was not until the end of 2014 when the movement was complete, and now we have it in the Gavox Aurora. Should you want to test out a virtual version of the watch and its movement, you can actually do that right here on the Gavox website. Another interesting tidbit is that the virtual view has made its way in other forms into some of the demonstrations that Soprod has on their site. This shows a two-way street that we are not often privy to, and demonstrates the watch brand and movement maker truly working with each other. 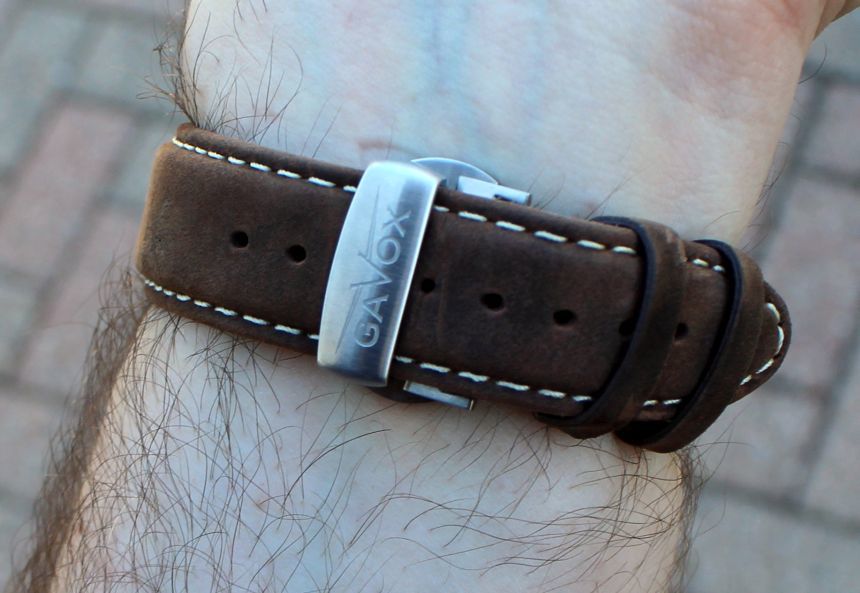 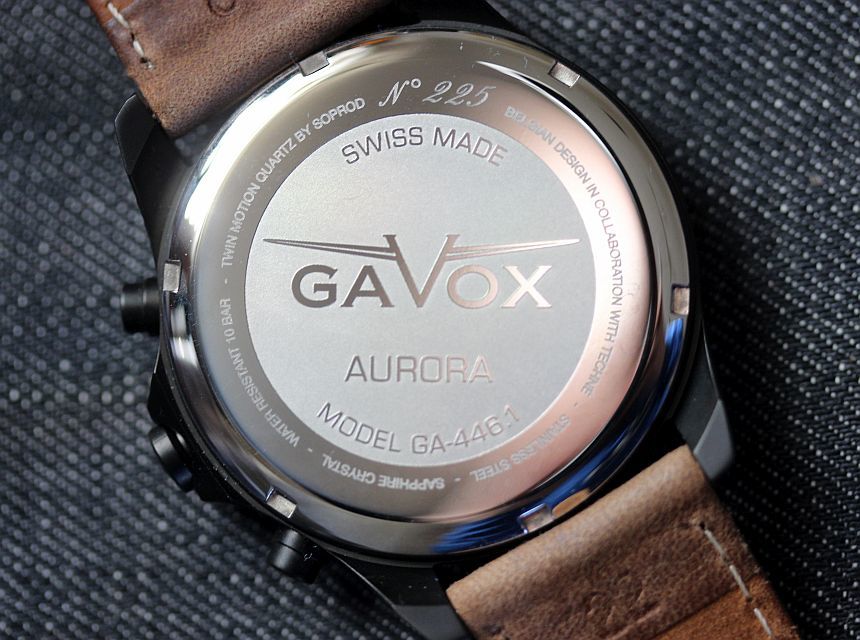 All the functionality in the world will not rescue an otherwise terrible watch. To be clear, the Gavox Aurora is a solid watch, and I do not have any major issues with it other than wishing for an audible component. Things could have easily gone south, though, if the user interface were horrible and confusing, or if the watch were too cramped to make the various components legible. Going into this review, the UI was the big thing I was concerned about, as I have dealt with some quartz analog watches that offered a ton of functionality, but required me to use a cheat sheet to do anything other than tell the date and time. Not the case here, whatsoever. I will say in my regular use, I used this as a time-first sort of a watch, and the white-on-black color scheme really keeps the readability up (a benefit of the design being informed by pilots). When I did toy around with the other functions, it was simple to rotate through, and then long-press the crown to get back to the home function. 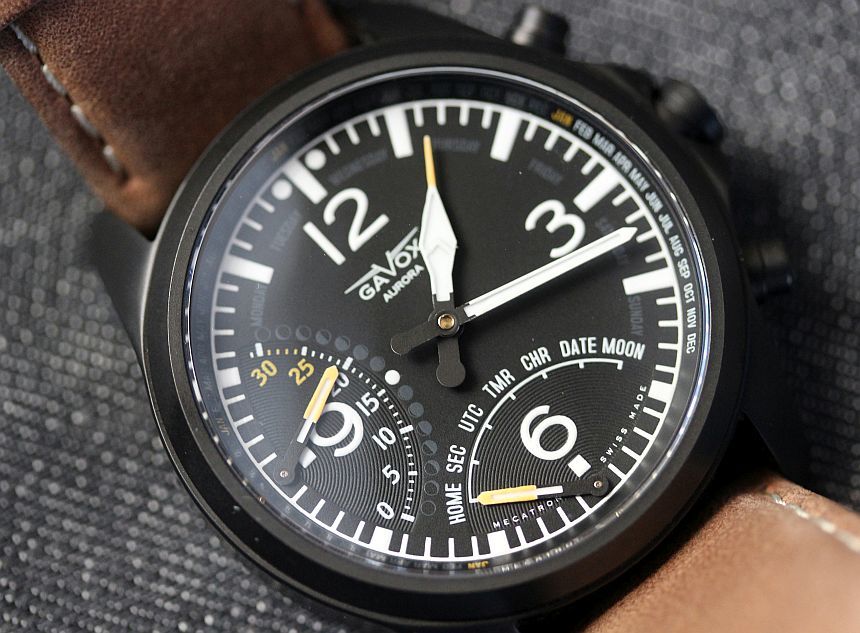 I had a chance to spend time with both a brushed steel and PVD finishes of the Gavox Aurora, for which there are innumerable straps available. I spent more time with the PVD variant, as it just looked better with the larger black dial. In defense of the brushed steel finish, it does make for a visually smaller watch, if that is what you are looking for. Either way, the 100g (on a leather strap with deployant) watch is not one that will weigh you down. Being as it’s a pilot-style watch, it does lend itself to more of a casual wear (especially in steel), though I found it just fine at the office as well. 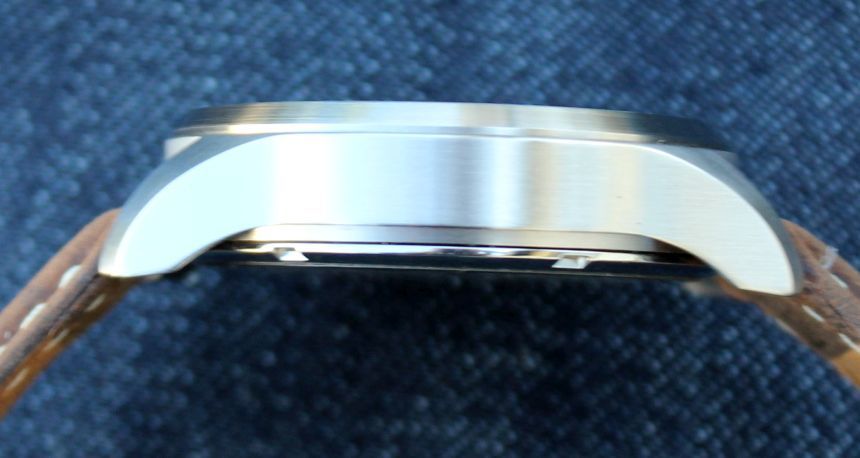 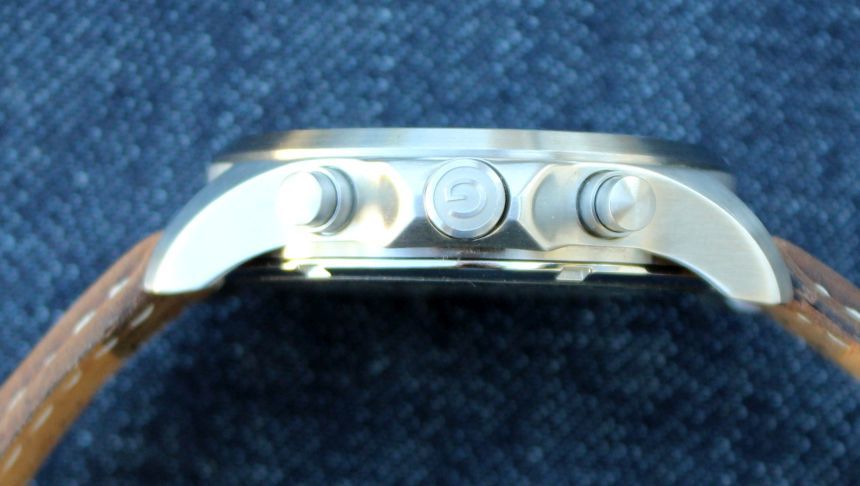 Frankly, I was very pleasantly surprised at just how usable the Gavox Aurora ended up being. While I personally do not have a lot of use for a majority of its functionality in my day-to-day, this is the sort of watch that could very well be for someone who really wants to have but a single watch, maybe other than a dress watch, that covers a variety of tasks and settings. I cannot speak as to its utility for pilots as I am not one, but for anyone who’s concerned with multiple time zones, this is a compelling watch. While we tend to give all our watch love to the mechanical watch, the Gavox Aurora well and truly shows what can be done with a quartz movement in the hands of a determined designer. 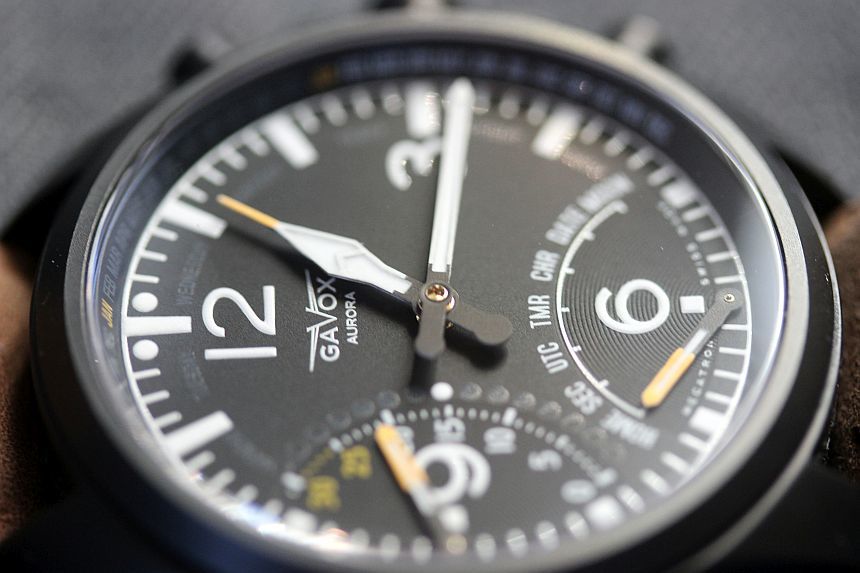 In the end, while the Gavox Aurora is not a watch I would necessarily buy for myself, I rather like and applaud the effort that went into getting a movement developed that fit the watch Happe had in his mind, rather than limiting oneself to what was available off the shelf. It may not stir the imagination like the same implementation in gears and springs would (though, there are plenty of gears still involved), it is no less of an accomplishment. So, all you smaller watch brands, take note – playing with quartz is not something you should be afraid of, nor should working with the movement supplier to come up with something new. You might just come up with a mighty wonder like we have here in the Gavox Aurora. I would not even want to consider what price tag a mechanical with all of this would carry. Fortunately, with quartz, the price is a rather reasonable $838 for the steel/PVD variants reviewed here, or $885 in a rose gold finish. gavox.com

>Brand: Gavox
>Model: Aurora
>Price: $838 (+VAT) as reviewed
>Would reviewer personally wear it: No, but not for any fault of the watch. It is just that 3/4 of the functionality would be collecting dust in my normal usage.
>Friend we’d recommend it to first: Either for the world-traveler, or the person who wants a single watch that can be their “do-everything” timepiece.
>Worst characteristic of watch: This is nitpicking, but the lack of audible alert on the timer.
>Best characteristic of watch: How intuitive the user interface ends up being.