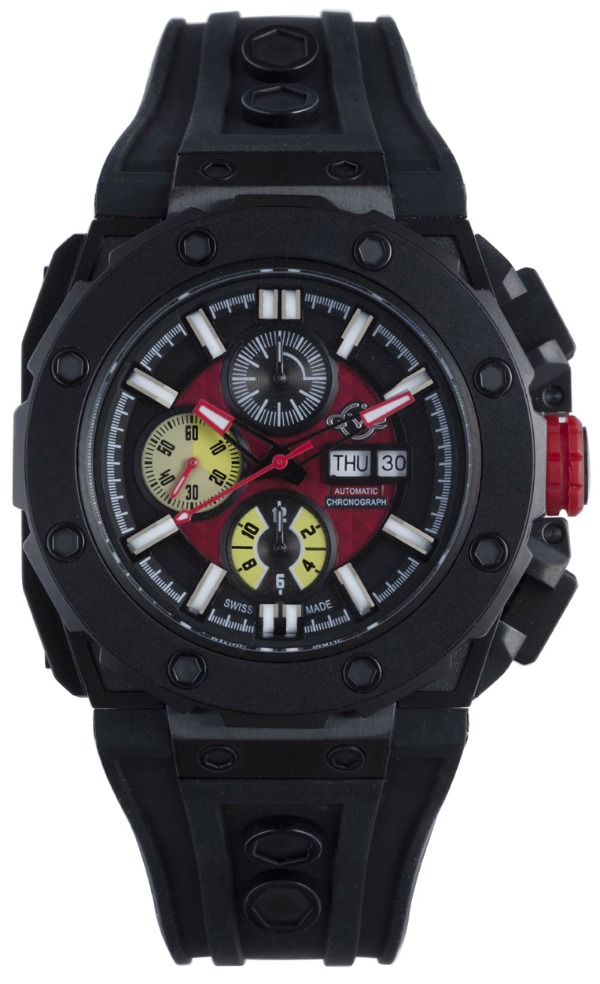 I have a lot of respect for the people at Gevril and the Gevril Group overall – especially here in the US. However, this is a watch that I needed to go off on for a few reasons. You can see a lot of the BS in this industry by examining some of the details surrounding this watch and the way it is marketed. Items like this provide a good example at why being an educated watch buyer makes sense.

This watch is the “limited edition” GV2 Corsaro Chronograph watch. GV2 is a sub-brand under the higher-end Gevril brand. In the last few years, GV2 has moved around a bit in terms of market placement, but has tried to remain an affordable mechanical watch. They apply the term limited edition without discussing the number of the limited edition in the marketing materials. What does that mean? It means they don’t know and it will just be produced as long as they can sell units. That sometimes means not even a full series are made. In other situations it means a brand will produce more than the limited edition total. The fact is that most watches are limited edition pieces. Meaning they are made for a short run and then never made again. If you look really closely on the back of this watch you’ll see that it seems to be a limited edition of 500 pieces – but not disclosing that fact in the marketing materials is usually something to be suspect of.

Whether you like the design is up to you. There is a sort of immature coolness about the watch that I would have been all about as a kid and teenager. My more mature tastes see this as an attempt to build a budget Hublot or Audemars Piguet Royal Oak Offshore. Don’t forget that little bit of Concord C1 in the mix. Personally it is not to my taste, but the design doesn’t offend notions of sound design. The case is steel and the black elements are IP (ion plating) coated. Japanese brands like to use IP a lot – and I wish they would move to PVD or DLC. Seiko and Casio for example have some of the best IP coatings around. Most of the time however, IP is a budget coating which isn’t as good as PVD. Unless a watch is a few hundred bucks, you should really demand a better coating in most instances. At 50mm wide and 17.5mm thick, the watch is going to be not for the weak-wristed. Gevril goes so far as to suggest that the Corsaro is “bold and brawny.” Sounds like the paper towels in my kitchen. Though you know I enjoy a big watch most of the time. 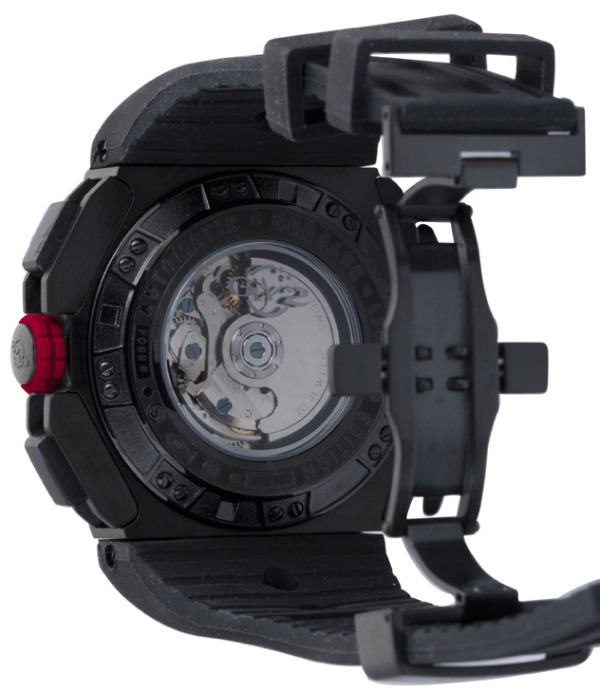 Detailing is not exactly ultra impressive. Gevril uses the term precision several times to discuss the screws in the bezel and caseback. Is that really necessary? I had a really close look at the dial and noticed little things that didn’t look amazing or pieces that didn’t exactly match up. Perhaps I expect a lot, but when it comes to watch dials most of us expect extreme precision and detail perfection. The case is water resistant to 100 meters and it does have a sapphire crystal.

Now comes the issue of Swiss-Made. The requirements for this label are likely to soon become a lot more strict. The rules really depend on where you are. As far as I understand for example, the rule to have something labeled Swiss Made in the United States is actually different than the rule in Switzerland. I don’t actually know if the Corsaro fits the requirements, but I suspect much of it is produced in China. Lots of Swiss brands have parts produced in China – there is nothing new with that. According to Gevril this watch is produced by them in Switzerland. That likely means a bit of assembly. I have reservations about the source of the movement. 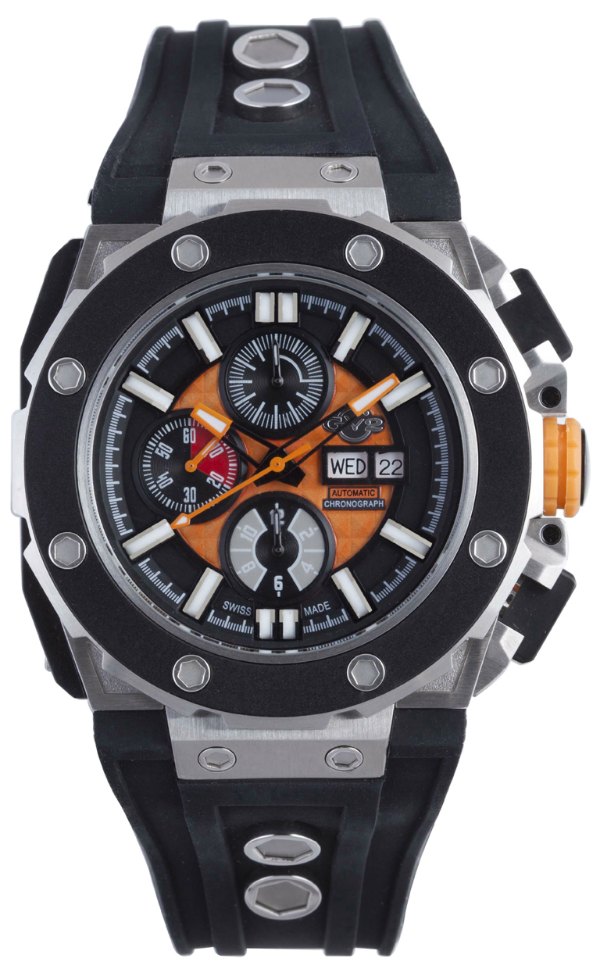 A few websites online seem to disagree as to the movement used in this watch. Gevril however makes it clear that the Corsaro uses the Technosablier SEDD3C6912 caliber. The what? I have never even heard of movement maker Technosablier up to this point. Google their name and visit their website. You’ll get a laugh. They claim the movements are Swiss made but I would put money against it. My feelings are that all Technosablier movements are made in China – with perhaps some final assembly in Switzerland (and that is giving them the benefit of the doubt). While the layout does remind you of the popular Swiss ETA Valjoux 7750, the movement itself looks like some other Chinese movements I have seen. I have no idea what the quality of these movements are – but I can say that it won’t be as good at the 7750 or its Sellita clone the SW500.

Then there is the matter of pricing. In the end, this is where the real laugh comes in. Most of the above ranting would be moot if the price of this watch was a few hundred bucks. Gevril however puts the GV2 Corsaro Chronograph at a $5,495 retail price. Whoa! You’ve got to be kidding me. Looks like Gevril doesn’t even take their own prices seriously. The exact same model with some different colors retails for $639.80 on ShopNBC.com (with an “original” price of $915). Plus all GV2 Corsaro watches on Amazon.com

retail for about $1,350. And they even have this new black-cased model. No matter how much it happens, consumers are still lured by fake MSRP numbers. Invicta is the king of this – but sales numbers show that they make a bundle selling their watches on TV and online. Honestly, I like Invicta because they are a good gateway watch. Good to get you into watches and then later allowing you to appreciate what a good watch is all about. GV2 might have taken a little lesson from the Invicta playbook. Though, if you are an average consumer trying to understand this watch and its major price discrepancies online – you are just gonna be scratching you head confused, and probably e-mailing me at aBlogtoRead.com for my advice. Gevril basically needs to get their act together either make a watch worth five and a half grand or price this piece at $500 like it deserves.