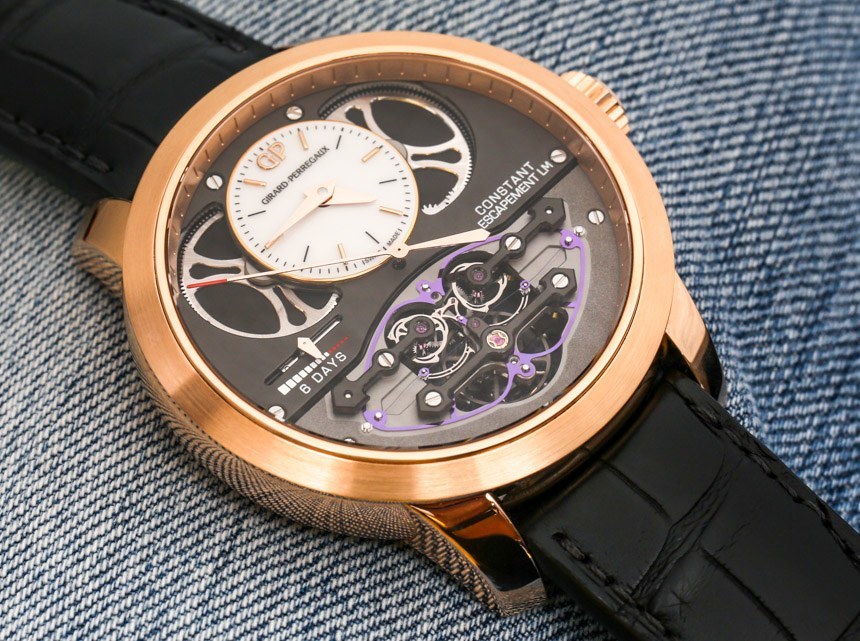 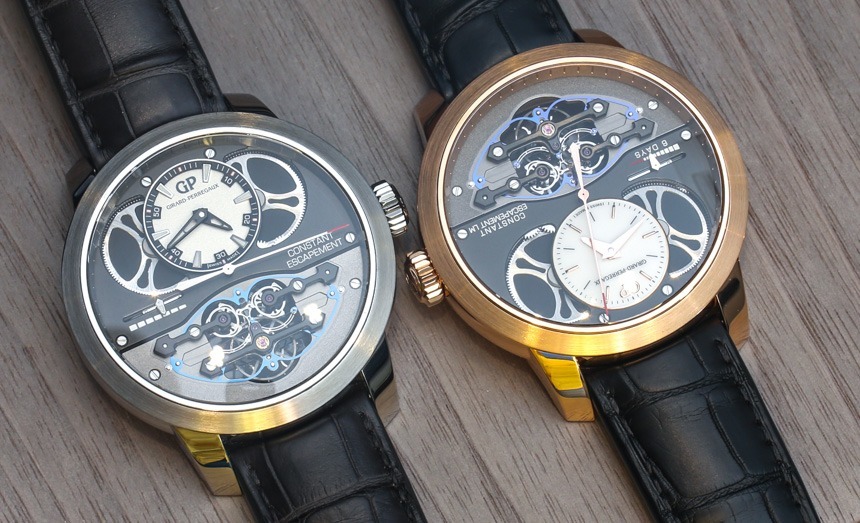 A major achievement that we would love to see from high-end brands like Girard-Perregaux, Ulysse Nardin, Audemars Piguet and others with their proprietary escapement systems would be seeing these innovating brands transfer their proprietary designs into their relatively more affordable collections. It would play an important role in further justifying their “haute horlogerie” natives and would also make for more tangible and more widespread improvements in everyday usability than just about any other complication that they offer.

The only great counter-example is Omega, who picked up George Daniels’ Co-Axial escapement (after countless years of him getting turned down by major brands who saw no “realistic future” for his absolutely ingenious design) and went even further than that by coupling it with silicon components. And yet, for the moment, most experimental pieces such as this from Girard-Perregaux remain a technological marvel, tangible proof of the truly immense know-how that they as a brand possess, all without bringing much added value to the brands’ greater customer base. 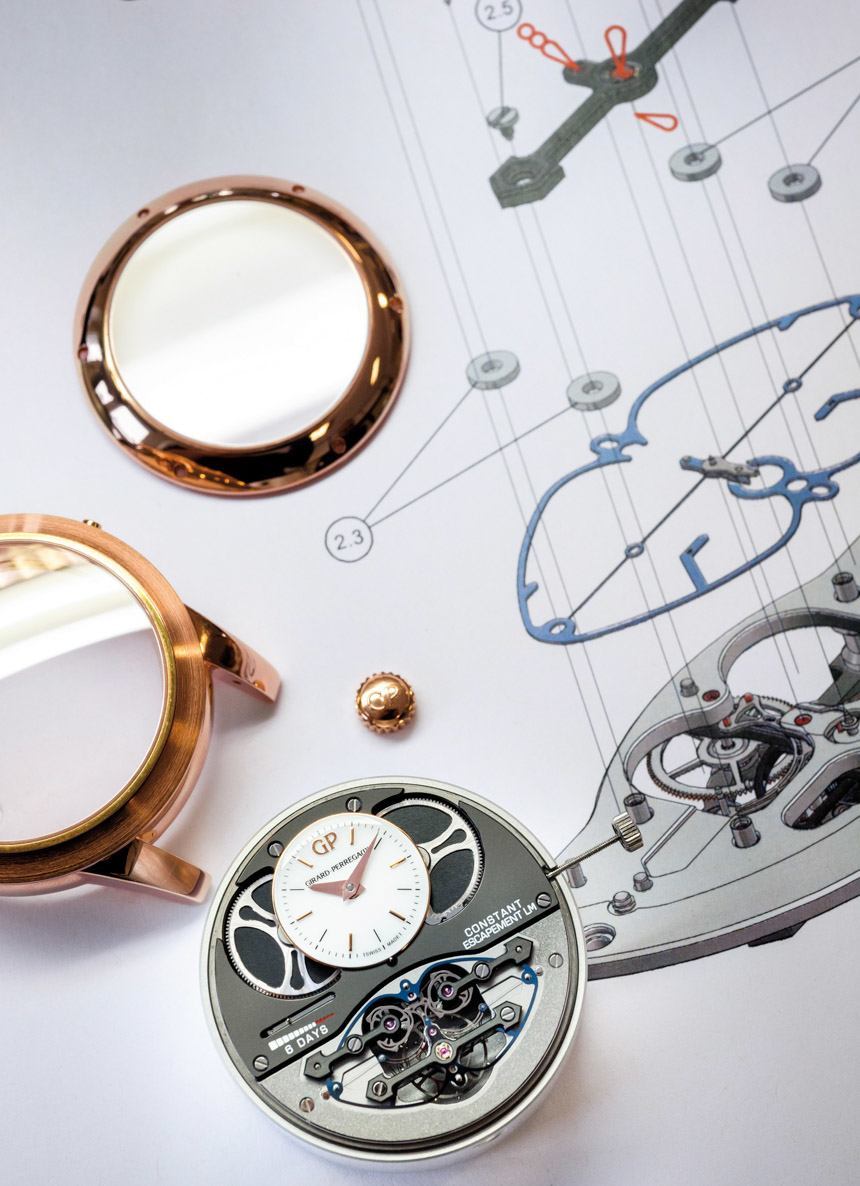 This is not to say that the mass-production of such fresh advancements should have happened overnight or that there is anything necessarily wrong with the movements being made today, as that could not be further from the truth. It is rather to suggest that soon it will be time that we see the truly important brands leave the traditional Swiss lever escapement behind by replacing it with their own designs, even if that only means the use of more modern materials. You see, a major reason why the Girard-Perregaux Constant Escapement was considered to be so revolutionary and so (for the lack of a better word) ingenious last year lies in the way it coupled its principal complexity with the simplicity of its actual configuration.

With that, I mean that the Girard-Perregaux Constant Escapement cannot be compared to bi- or tri-axial tourbillons that require superhuman skills to finish and a disproportionately long time to regulate. Instead, it relies on a much more straight-forward configuration of an extremely delicately crafted silicon frame (which is in fact so fine that state-of-the-art machinery is primarily responsible for its production) and a limited number of wheels and other components. Is it still very complex and challenging to produce? Yes. 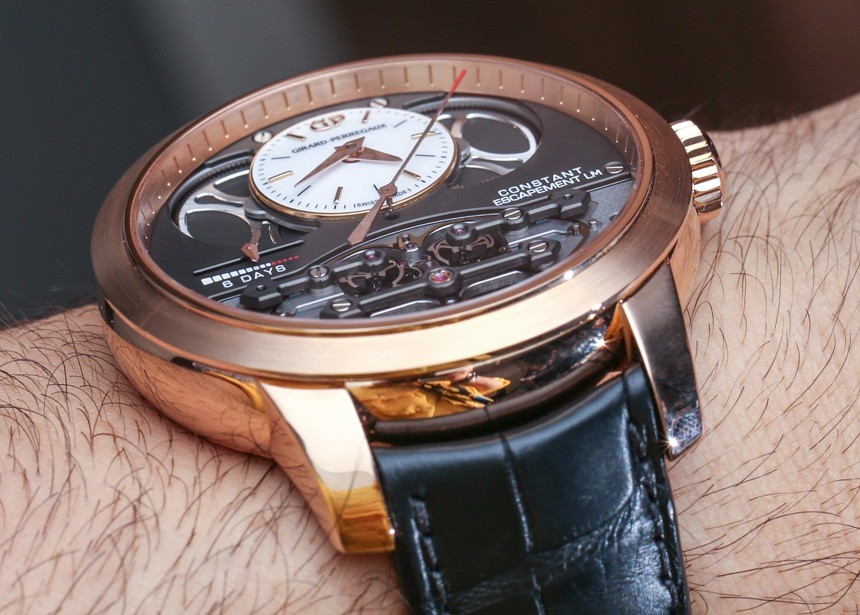 But it is this relative simplicity that implies an elevated chance of incorporating this technology into pieces that belong to the somewhat more affordable collections, those which are, say, out of the six-figure range. Surely, watches with traditional escapements will (and should) prevail if for no other reason then that of pure economics, but the universe of fine mechanical watches would certainly be an even more diverse place had these astonishing inventions became an at least somewhat more frequently encountered phenomenon. And this new design by Girard-Perregaux may prove to be an important step in that direction.

In summary, while silicon may be a space-age material which the obsessed watch lover unwillingly (and somewhat rightfully) couples with the uninspiring ideal of computers and their lack of pure mechanical complexity, it is beyond doubt that silicon’s advantages over traditional materials may be the long term answer regarding the future of the mechanical watch. It may assist them to become more accurate, more reliable, less service-dependent and more… cool. In the shape of the pink gold Girard-Perregaux Constant escapement L.M. that coolness comes at a price of $123,500, but let’s hope Girard-Perregaux will be yet again among the pioneers of this technology and transfers it into its more affordable collections. girard-perregaux.com