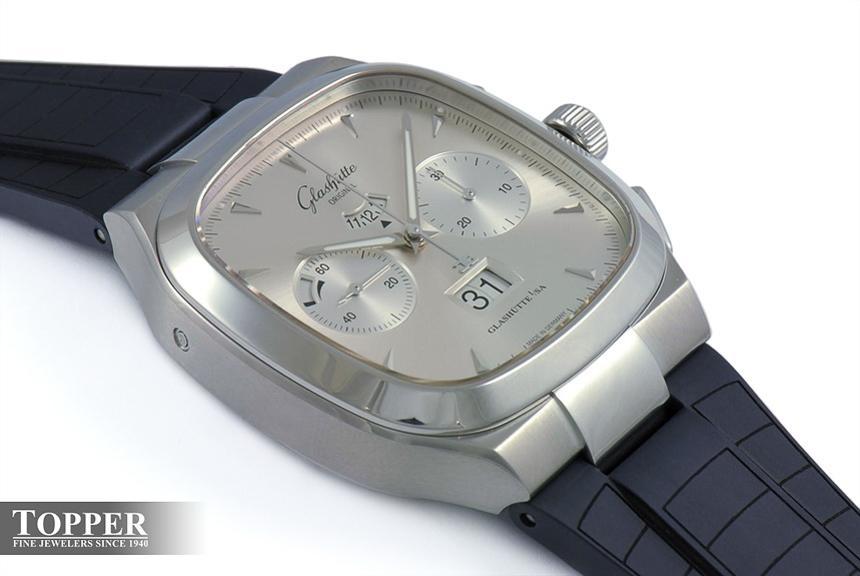 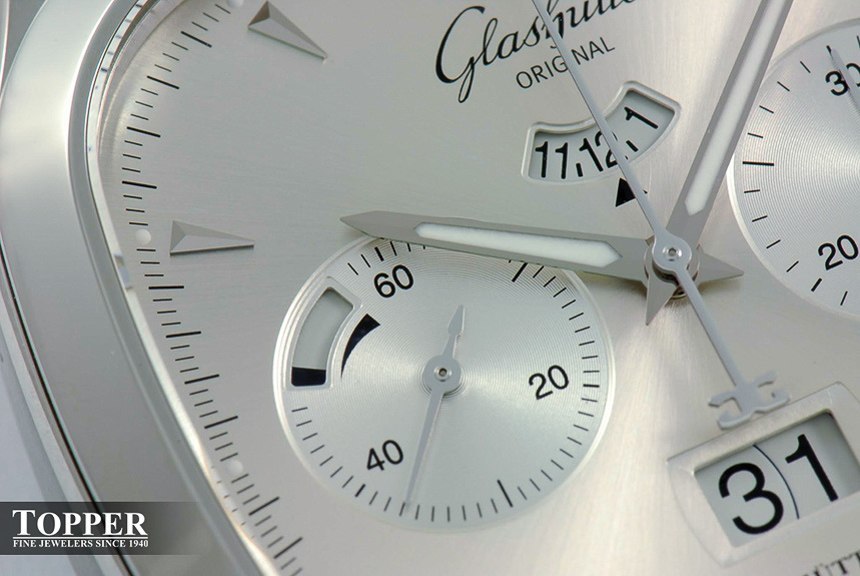 Power reserve indicator in the nine o’clock subdial (near empty). 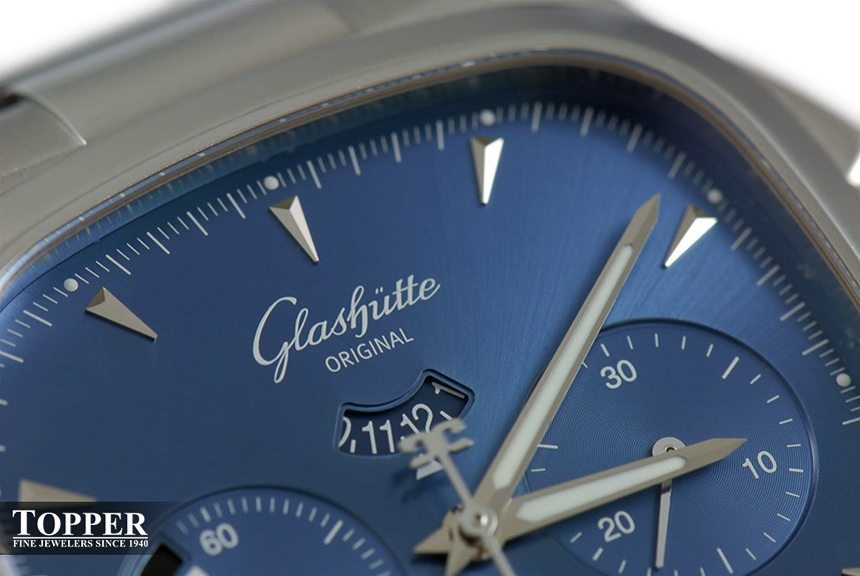 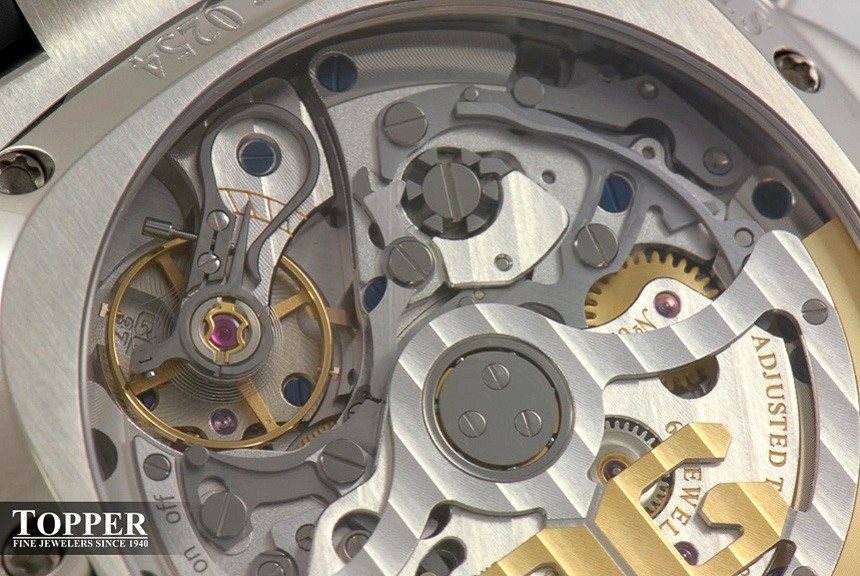 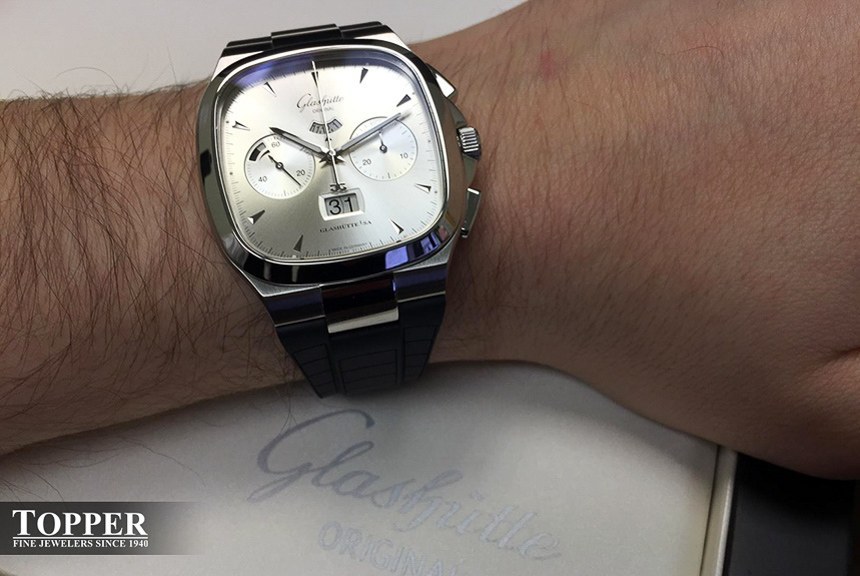 For a watch with so many features, the tone of the Glashütte Original Seventies Chronograph Panorama Date is rather understated. The power reserve indicator is rather subtly introduced as a cut-out in the nine-o’clock subdial. When the watch has no power, the cut-out is white. As it gets more power, the white becomes black. Instead of using a subdial for the chronograph hour totalizer, it has a 12-hour counter disk window that is subtly placed right above the center hands. The subdials are subtly recessed and a slightly lighter shade of silver than the galvanized silver dial. 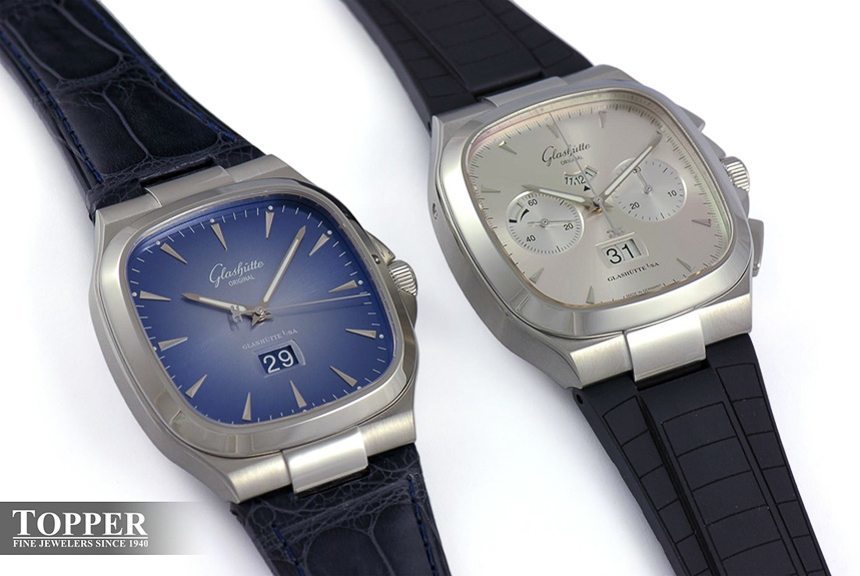 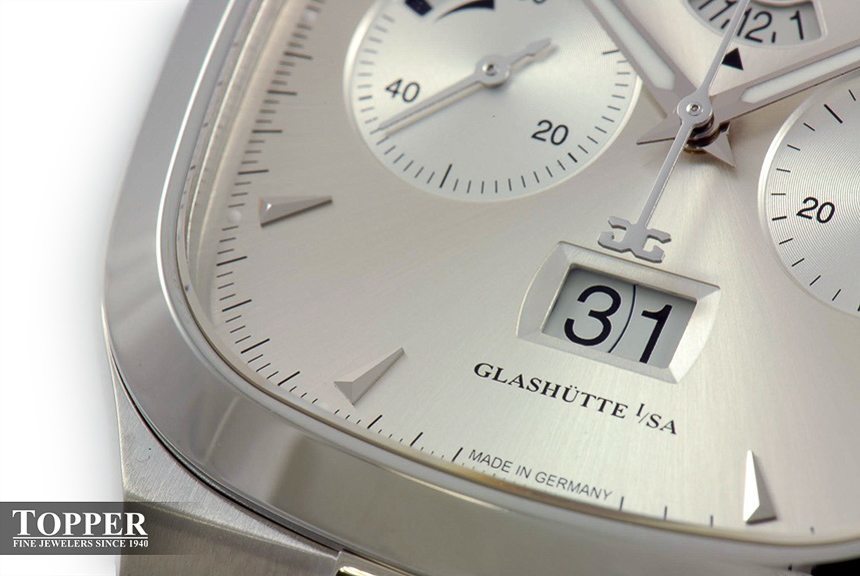 As would be expected, the Chronograph is considerably taller than the Panorama Date (14.5mm versus 11.5mm). Otherwise, the 40x40mm brushed and polished cases seem almost identical. Both feature subtle touches one would expect from a Glashütte Original: A sapphire case back revealing a three quarter plate, swan neck regulator, and gold inlay in the rotor. Strap models of the Senator 70s Panorama Date are $10,100, while the bracelet models are $11,600. The Senator 70s Chronograph Panorama Date are $14,900 on strap and $16,400 on bracelet. The watch comes in galvanized silver (shown in this post), galvanized ruthenium, and blue. Below are additional photos, most of which compare the silver dial dial Chronograph to the blue dial Panorama Date. 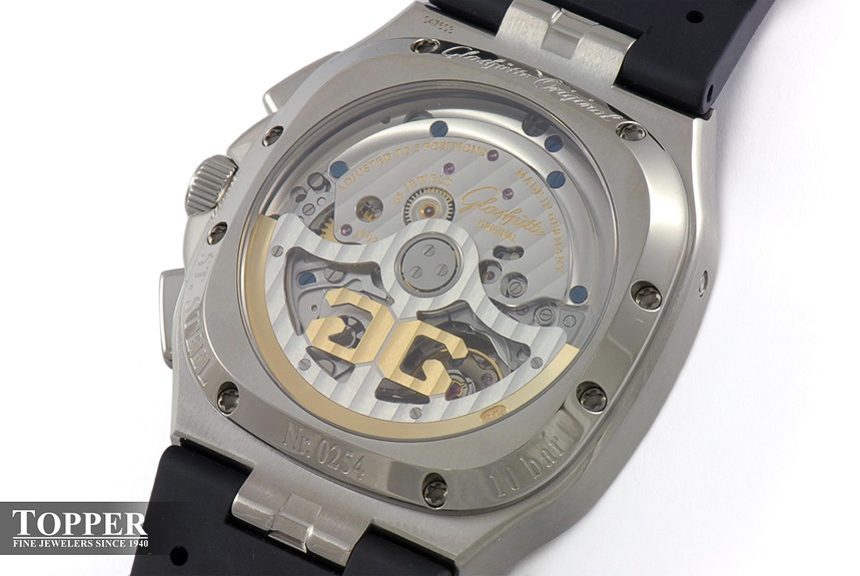 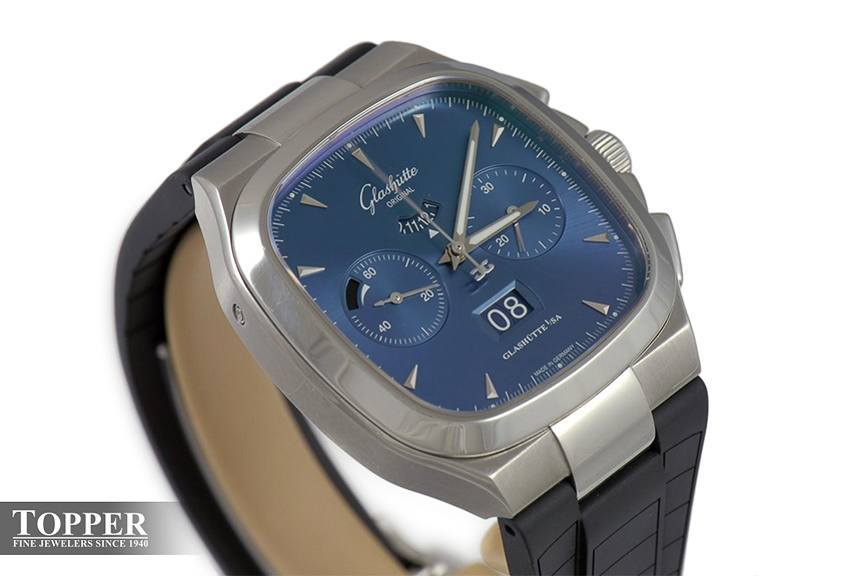