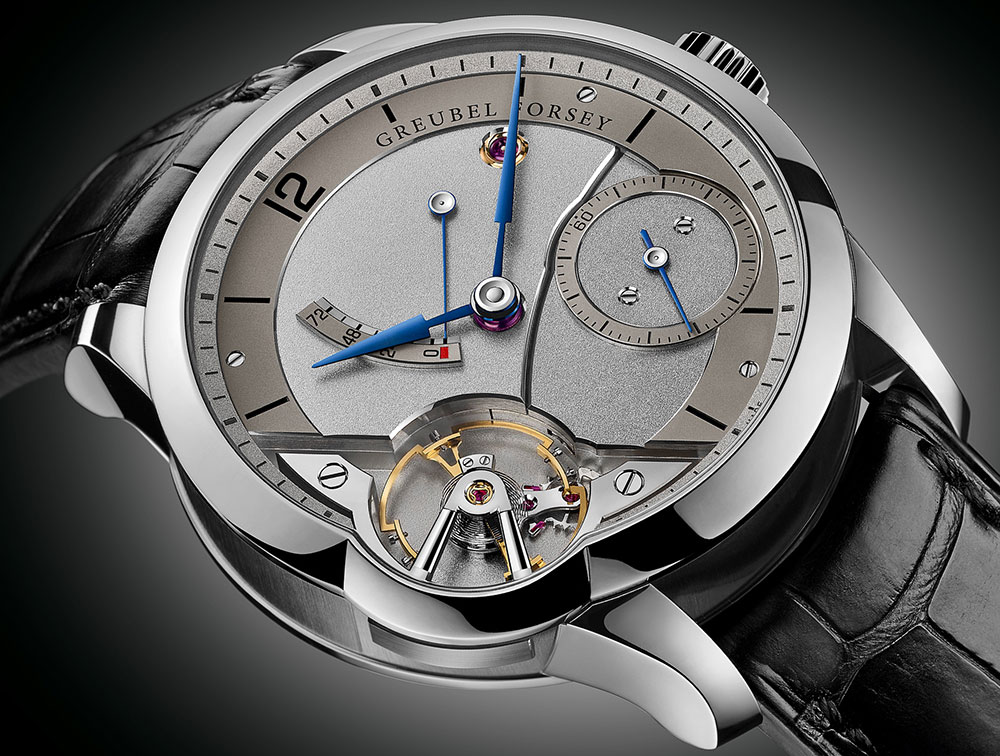 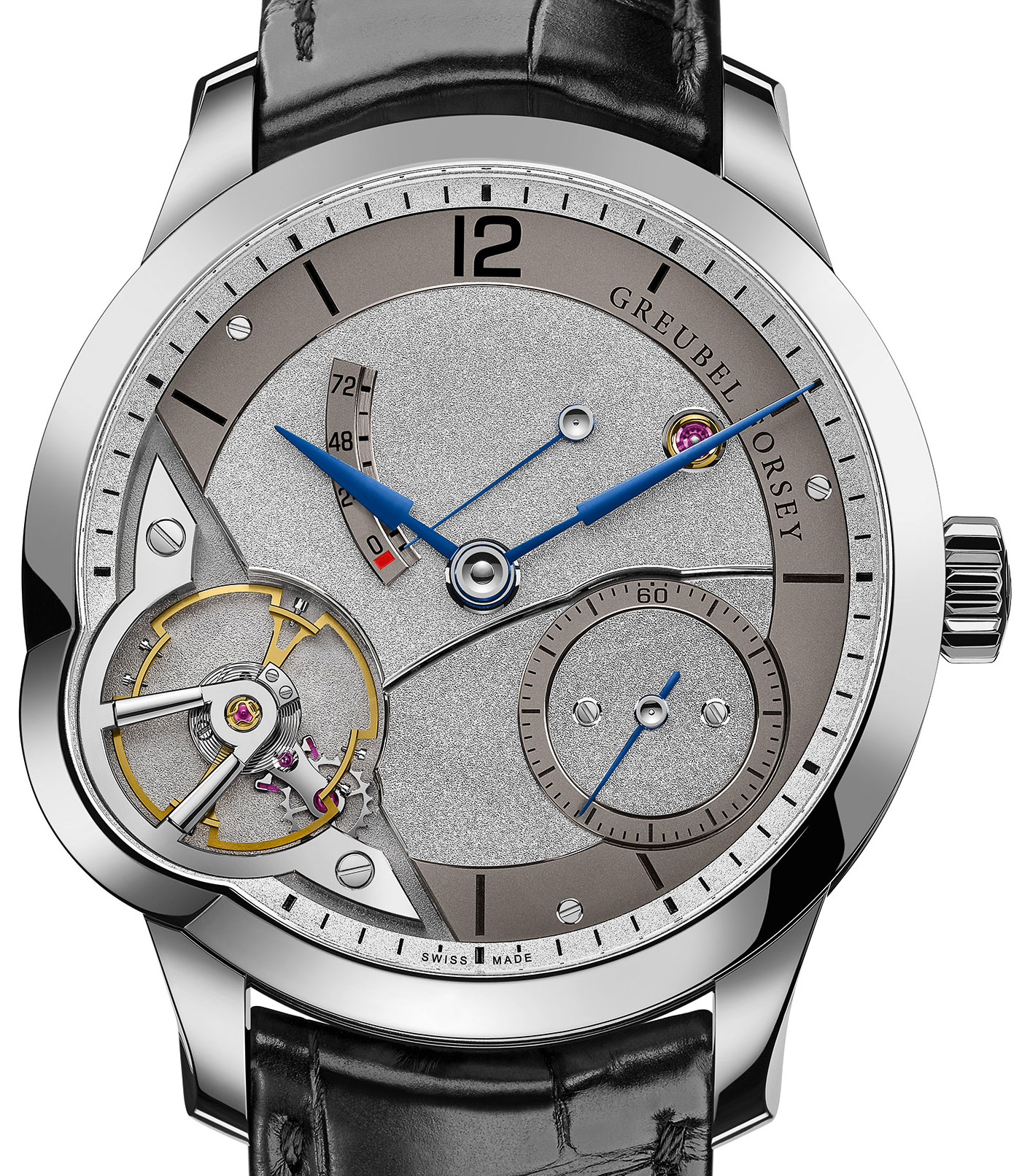 If there’s one complication that’s been a signature of Greubel Forsey watches, it’s the tourbillon. This is exactly why the Double Balancier watch from a couple of years ago was so striking, as it was their first watch to not feature a tourbillon – and we didn’t mind that at all. New for 2017 is the Greubel Forsey Balancier watch which is one of the most affordable offerings from the brand (the most affordable, I believe, is the Signature 1, another simple non-tourbillon offering). Featuring a new in-house made balance wheel, it’s really a demure, legible, and restrained white gold watch that is still immediately recognizable as a Greubel Forsey. 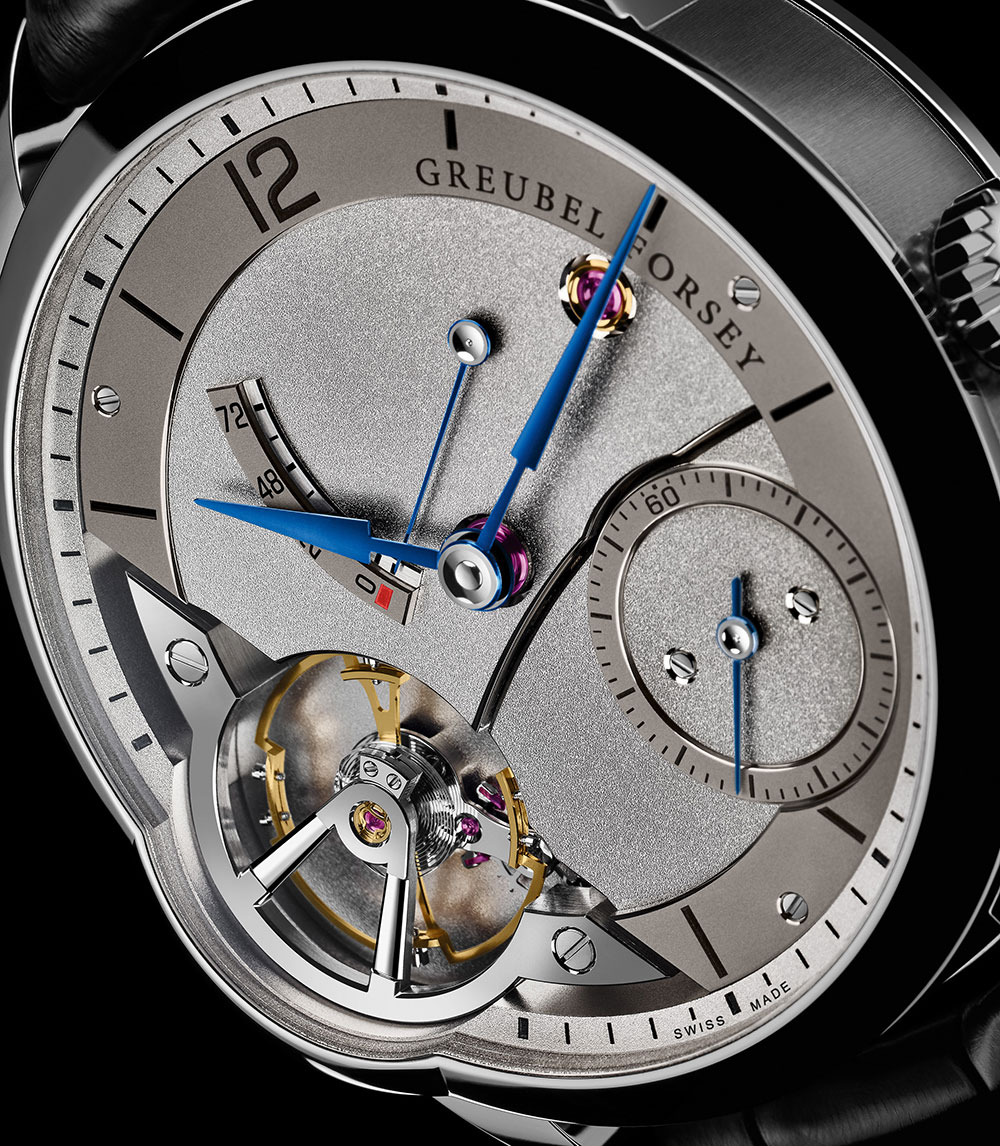 The idea behind the “Balancier” involves a single diagonally inclined balance wheel that serves as the visual centerpiece on the dial. The Greubel Forsey Double Balancier was more complex and sacrificed a lot of legibility in favor of the double balance display. The Greubel Forsey Balancier, however, takes this concept and presents it purely while preserving the same degree of high-quality finishing the brand is known for. 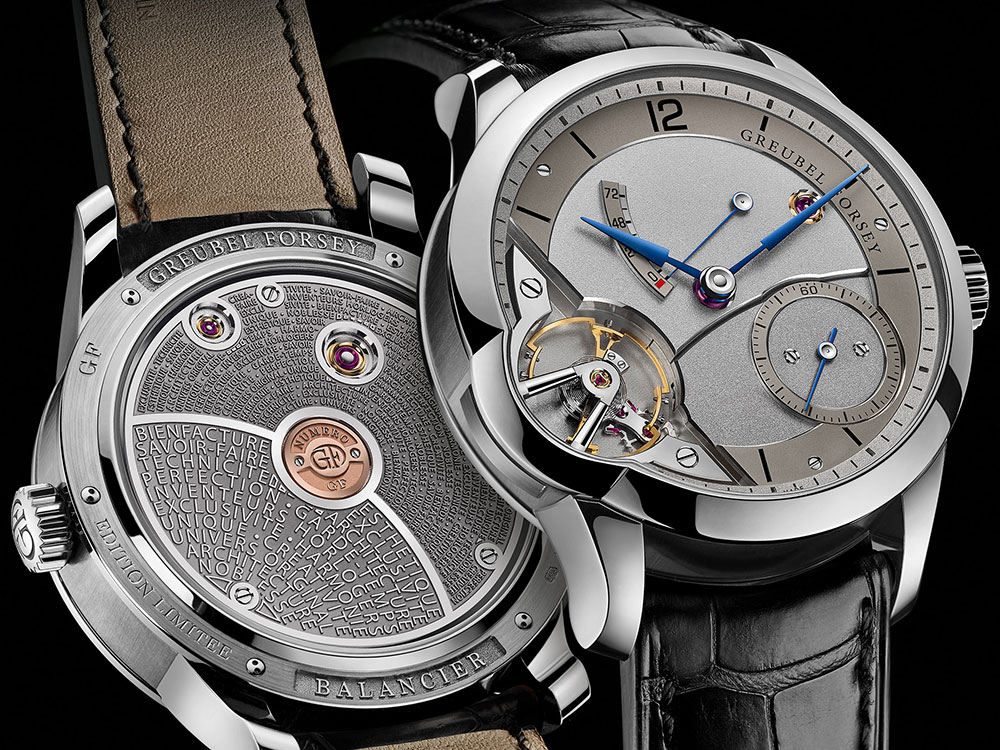 Recognizing the relatively simple aesthetic of the watch, it’s no surprise that Greubel Forsey decided on meticulous hand-executed barrel-polishing, bevelling, and finishing for the balance wheel bridge and throughout the watch. Several of the of the highly polished surfaces on the dial are paired with matte lapped finishes along the hour and second rings, and the engraved indexes and numerals are finished in black lacquer to further emphasize this type of contrast. The color tones that Greubel Forsey achieved here, just through finishing alone, are sure to match well with the blued-steel spear-like hands in person. 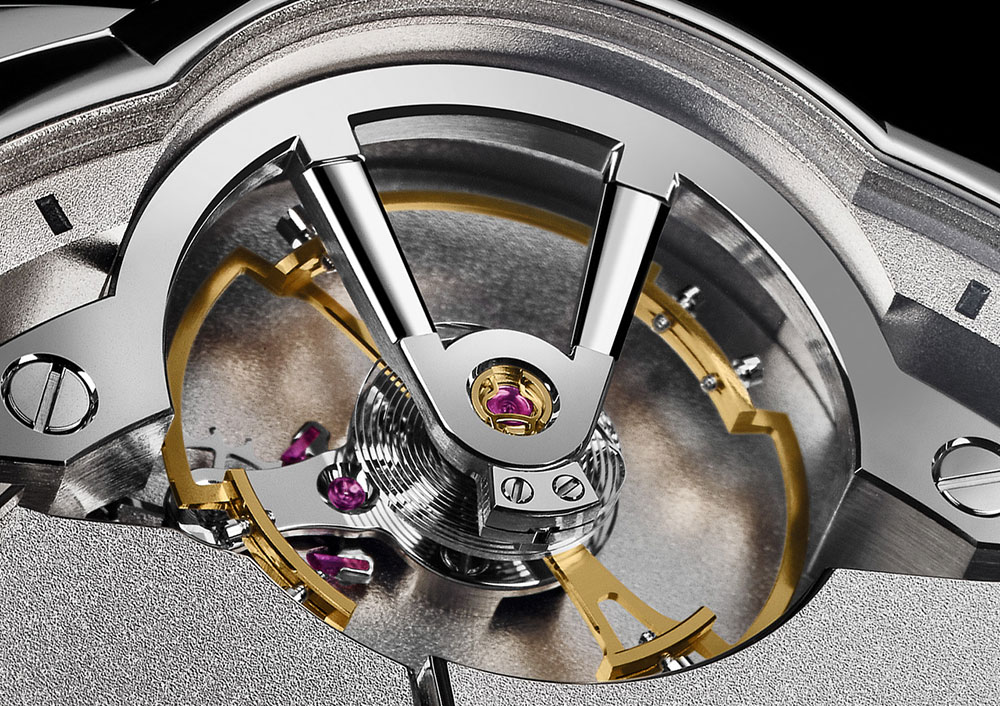 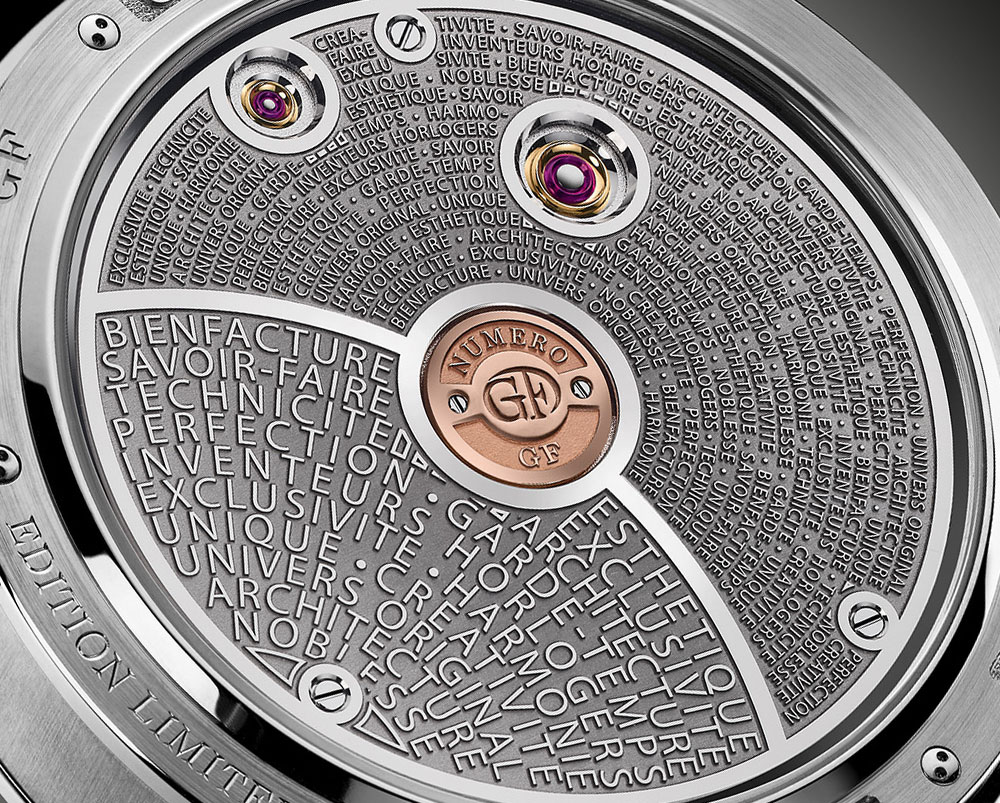 The Greubel Forsey Balancier’s white gold case has the same asymmetrical design found in many of the brand’s previous releases and immediately communicates the brand’s design DNA. The case is 43.5mm wide with a hand polished bezel and vertical graining along the sides of the case to aid with the three-dimensional feel achieved by the dial layout. The case back itself is extensively engraved and, while it’s certainly impressive, it would have been a real treat to catch a clear glimpse of the manually wound movement powering the watch. 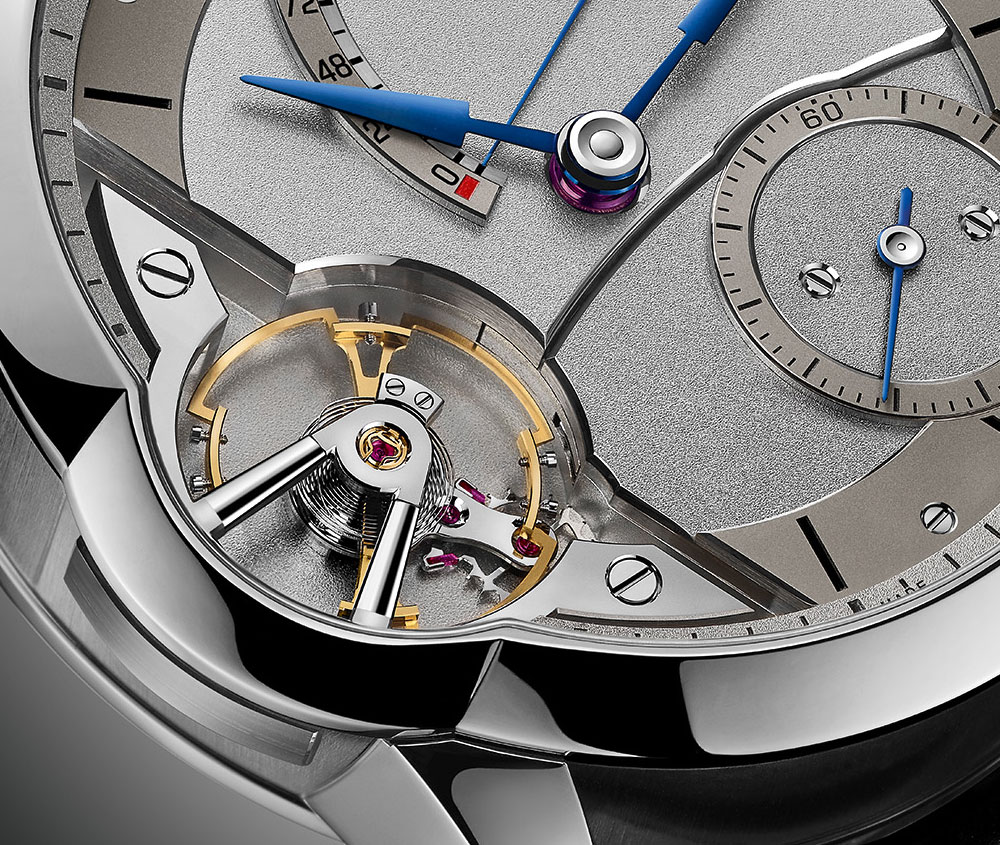 The 37-jewel movement itself delivers 72 hours of power reserve when fully wound and is comprised of 269 parts. Twin barrels, one of which is equipped with a slipping spring to avoid excess tension, support a steady operation of 21,600vph. Greubel Forsey also decided on a range of impressive finishing for the movement and incorporated frosted and spotted bridges with polished beveling and countersinks. Again, it’s something I would have loved to see from the case back but it’s nothing I find too concerning since the dial and four-handed layout do more than enough to make your head spin when admiring this watch.

To see Greubel Forsey take a step back and execute a timepiece that focuses on a simple, visual concept is honestly refreshing considering how fantastical some of their previous designs are. As difficult as it is to skillfully execute something highly-complex, it’s almost equally difficult to achieve beauty in simplicity, and I find that the Greubel Forsey Balancier just shows that the brand is on top of their game in both cases.