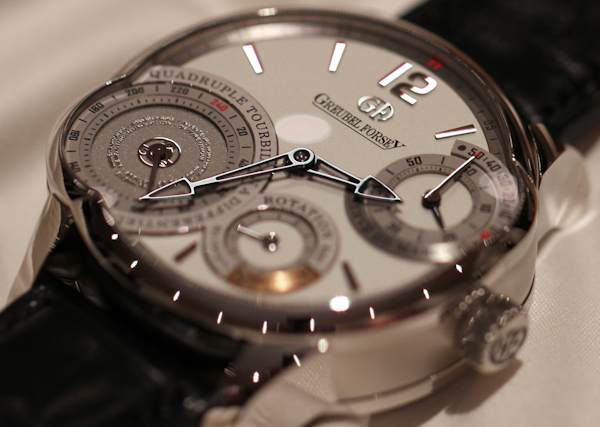 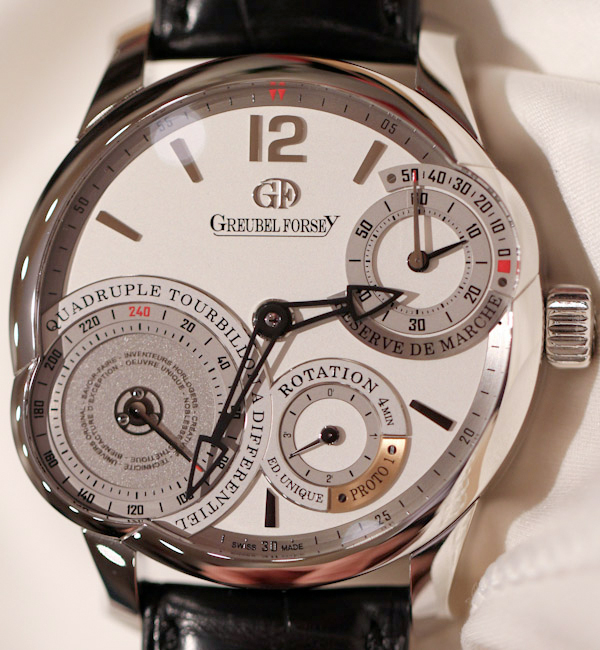 Depending on how you look at it, this is either the least weird Greubel Forsey watch or the most weird Greubel Forsey watch. It could be the least weird because people who like traditional watches aren’t used to seeing all the open mechanical work right there on the dial. Most people familiar with Greubel Forsey however want all that mechanical stuff viewable on the dial. To spend the over half million dollars that this watch costs only to not see all the obsessive finishing might be strange for a lot of people. Is that part of the “secret?”

This very interesting watch is based on the older Quadruple Tourbillon collection and is called the Greubel Forsey Quadruple Tourbillon Secret. Four tourbillons, all lovingly finished… but you’ll need to take off the watch to appreciate them. The dial does have hands indicating that the four tourbillons are doing something, but the sexy skin of the movement is only for your eyes to see (if you wish). 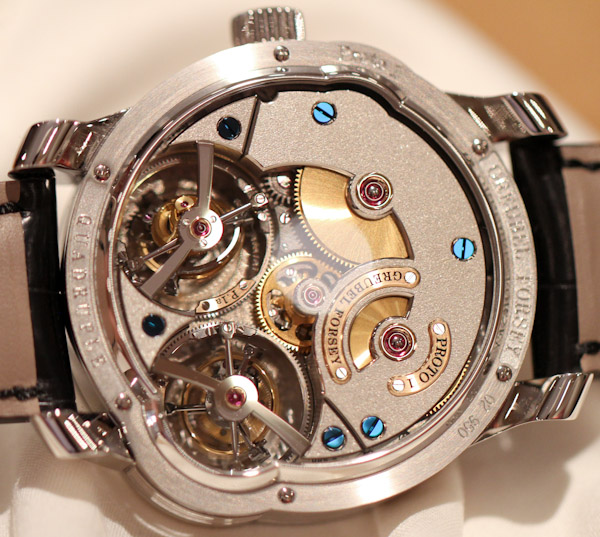 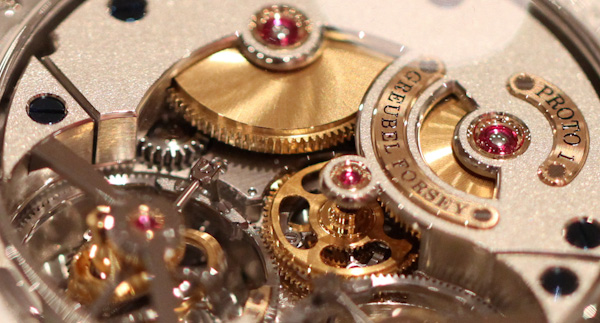 Turn the Quadruple Tourbillon watch over and it is business as usual for Greubel Forsey watches. The complicated in-house movement is beautifully decorated and designed, employing some of the best finishing practices the high-end horology industry has to offer. The piece contains four tourbillons in two distinct tourbillon structures. Each structure have an outer four minute tourbillon as well as an inner one minute tourbillon (how long it takes for the tourbillon to make a full revolution). You can see that the inner tourbillon is diagonally angled. It is a mesmerizing place of gears and wheels to watch in action – which is really the primary allure of wearing a Greubel Forsey timepiece. With the Secret, it is more about having a personal knowledge of what the watch contains on the inside – and not showing it off to others. How selfish do you need to be to wear this watch?

Greubel Forsey isn’t clear on how many of these Quadruple Tourbillon Secret watches will be made. It might be just this one piece in platinum. There might be other models later in other metals such as 18k rose gold… hard to know. On the dial you see “Ed. Unique” which means “edition unique,” which probably means there is just one. But it also says “Proto 1,” which means it is a pre-production model. I think if Greubel Forsey is trying to sell just one of these they are going to be OK.  There is always one guy out there who will be totally into this watch – as it is the anti-Greubel Forsey, Greubel Forsey. 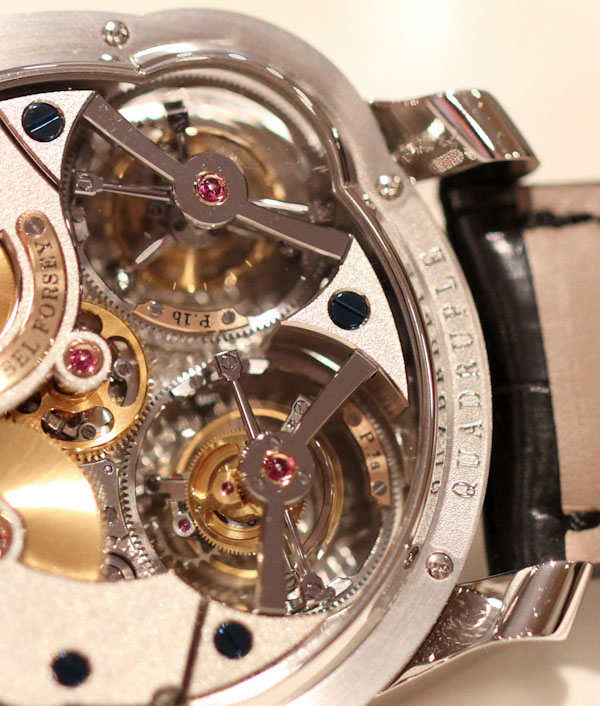 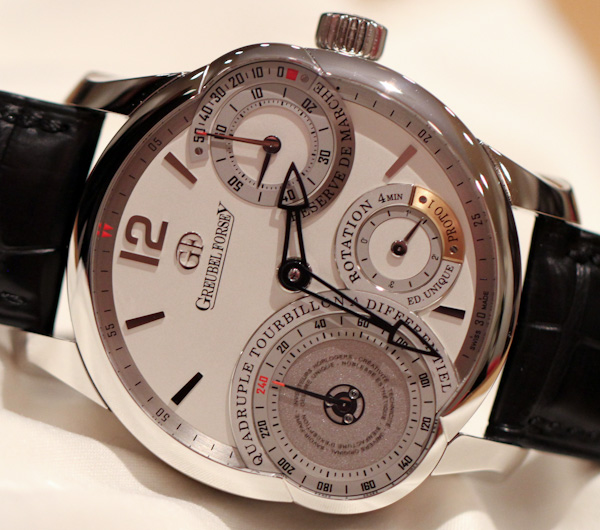 The cleaned up and closed dial of the Quadruple Tourbillon isn’t half bad looking. Perhaps Greubel Forsey produced this watch just to see what it would look like. On the dial you have hands for the two four minute tourbillons, a seconds counter, the time, and a power reserve indicator. The delicate level of finishing along with all the textured details on the dial are hard not to love. Though one thing does concern me. Being able to visually see all the intricate details of the movement likely has the side effect of reminding you to be careful while wearing the watch. Maybe with the clean and closed dial you won’t be as careful with this piece as you’ll forget there are quad tourbillons to take care of? Just a thought.

At. 43.5mm wide in platinum this is going to be nicely heavy on the wrist for the one or few people that get one. It will show up in a museum someday, and it is interesting to see a brand like Greubel Forsey develop this while it is alive. I wonder what people 100 years from now will make of how its collection evolved.