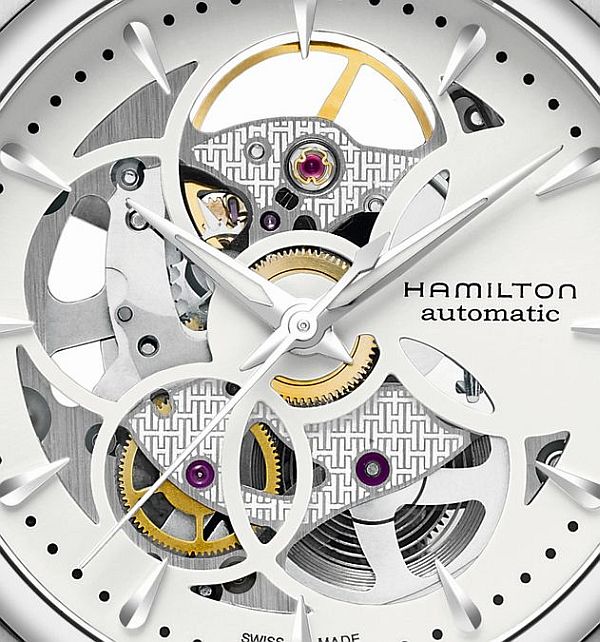 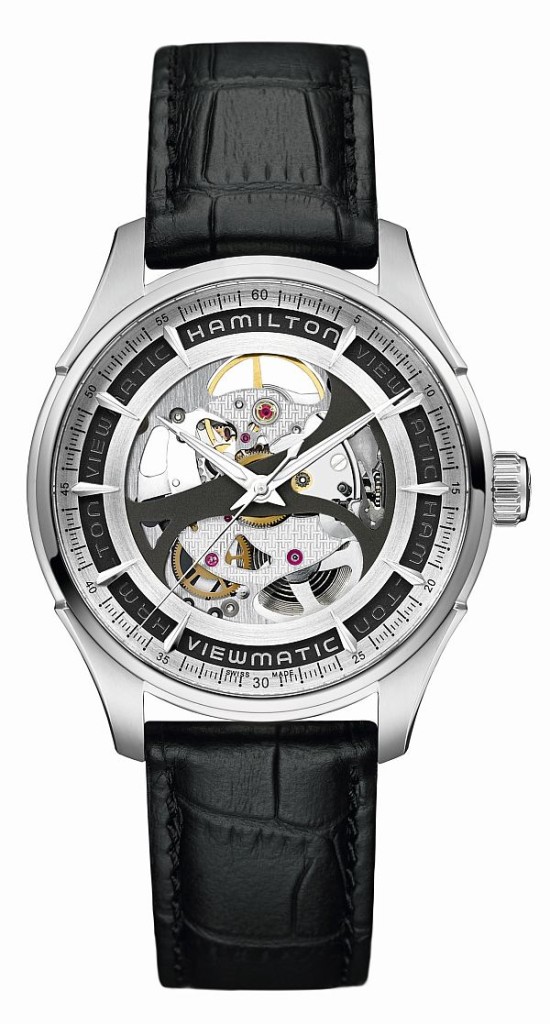 I’ve been a fan of the Hamilton Jazzmaster line for some time now, and have appreciated some of the open-heart dials they’ve created in the past. Their latest (the Viewmatic Skeleton), though, is truly a skeleton watch, not just a dial with some cut out pieces of metal.

That’s because the Jazzmaster Viewmatic Skeleton watches (yes, this is a his-n-her’s release) were designed with the intent of showing off their new H-20-S automatic movement. There’s very little in the way of you seeing the actual moving parts at work, and the movement itself has cutouts and finishing (laser-engraved) that lets you know the movement was meant to be seen.

Of the two models, I think the women’s one may be the more legible of the two – though I’d be concerned about losing the polished hands against the white dial. Thankfully, Hamilton avoided the “easy way out” with this dial, and didn’t include any heart-shaped cut outs or extraneous sparkles (gems or otherwise) on the dial. Just several overlapping circles to create a theme (and the cut outs), paired with beveled, teardrop indices for the major demarcations. The etched “H” finishing on the movement is the same for both models, but it stands out a bit more against the white dial here.

The men’s model goes for a darker pallete, with anthracite (aka dark grey) being the color of choice. This shows up on what little there is of the inner dial (much less patterned than the ladies model), as well as on the outer dial edge, where you have small marks for the minutes, and a whole lot of Hamilton Viewmatic branding (each word shows up three times).

The women’s model comes in a 36mm wide case and features quick change systems for either the white leather strap or stainless steel bracelet. The men’s model comes in at 40mm, and while it has the bracelet and leather strap as well (in black), it’s not of the quick change variety. This is something I’ve experienced on a few other watches, and if you’re the sort to change straps frequently, it really is quite a nice add-on. I don’t feel that it’s any less-secure than a spring bar – and it’s a shame they didn’t include it on the men’s model. 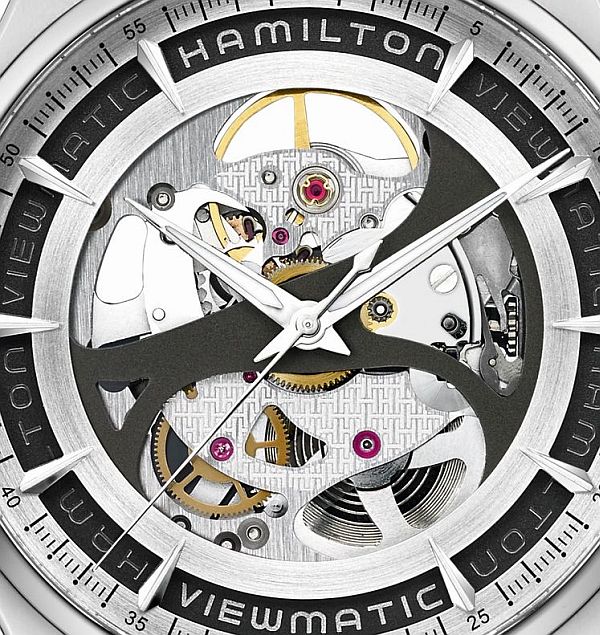 For a his-n-her’s collection, this is a nice pair with identical prices – $1195 apiece. While they are by-and-large very similar pieces (identical movements and finishing, similar specs), they are as different as night and day. Surprisingly (for me), it’s the women’s model that I think is the standout of the pair, as it presents a very nice design for a ladies skeleton watch, without resorting to some of the cliches seen elsewhere. And, if you’re on the look for a matched watch set without having identical pieces, this does look to be an intriguing option.  hamiltonwatch.com