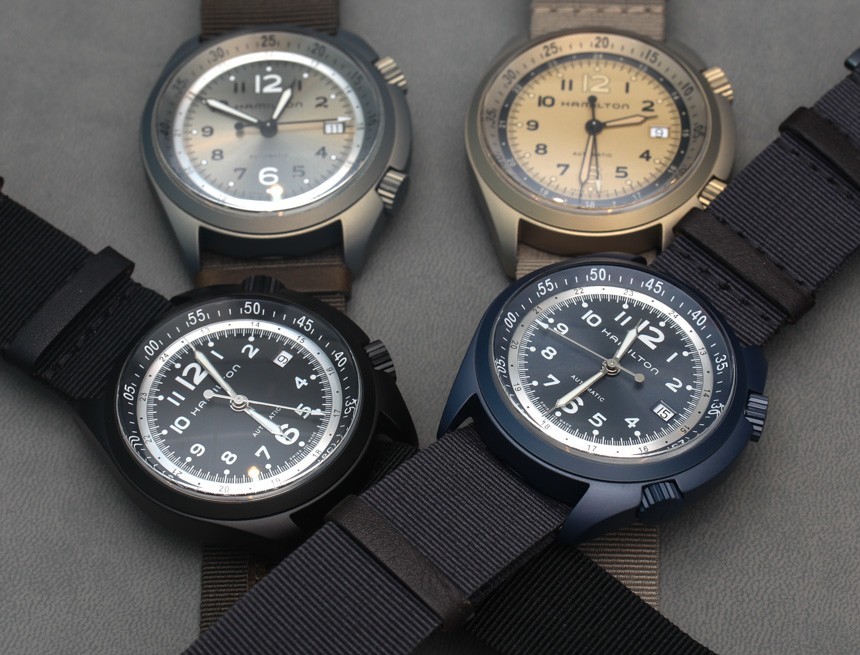 Hamilton Reveals The Khaki Pilot Pioneer Aluminum, A Hands-On With Their First Watch In Aluminum 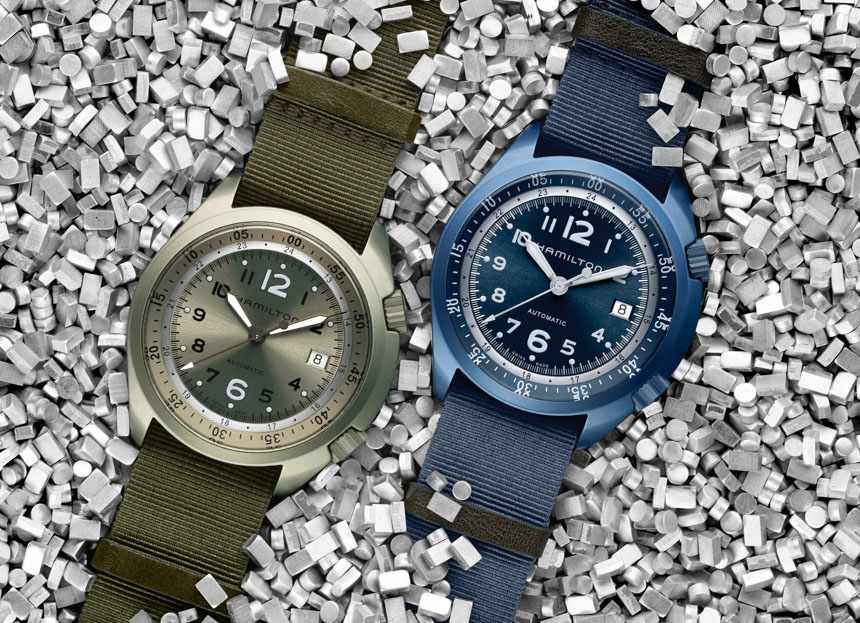 In their latest line comprising four watches and called the Khaki Pilot Pioneer Aluminum, Hamilton announces its first ever pieces cased in this interesting, yet unlikely metal.

Aluminum is a material that is broadly used in numerous high-tech industries, such as car and airplane manufacturers. It’s been long-relied upon for its relative lightness, resistance to corrosion and overall durability compared to other, similarly expensive metals. Still, it is a seldom used material in the watchmaking industry, primarily because it is very difficult to craft and also because it requires special surface treatments that render it suitable for daily wear. Aluminum is very soft compared to its counterparts and although it is light, watch brands tend to use different grades of titanium instead.

As its name suggests, the Khaki Pilot Pioneer couples this new series of aluminum watches with the theme of aviation, a choice that makes sense in a number of ways. First of all, Hamilton has an extensive history in creating aviation-related watches and it is no surprise that they are proud of that heritage, having supplied the Royal Air Force with pilot’s watches during the ’70s and created a large variety of professionally-used pilot’s watches ever since.

Secondly, most racing cars of today are made of carbon fiber and its different iterations, while modern planes still largely rely on aluminum in their construction. Third, its lightweight characteristics make aluminum suit the Khaki Aviation collection far more harmoniously than its other counterparts, dedicated to “field” and “navy” operations. So, once Hamilton pulled the trigger on a new collection in aluminum, the Khaki Pilot Pioneer was the best way to introduce it.

With that said, let’s see what the four pieces of this new-for-2014 collection have to offer to the fans of the brand, aviation, or just a handsome military-styled piece. Above, you see our collage of the four versions, showing the different color combinations in which they will be available. Hamilton, likely utilizing the Swatch group’s R&D capabilities to tackle the task, developed a special metal treatment that allows them to manufacture the 41 millimeter wide cases in four different hues all the while also making aluminum harder and more durable.

This brings us to the primary reason behind the aluminum’s outcast status within the watch industry: it is a metal that is much too soft compared to its alternatives. What that practically means is that a watch – and especially one with a military theme – is destined to be put through its paces and be subjected to bumps, knocks and other impacts and hence it is more likely to show smaller and larger dents when made of aluminum. Even forces which would have left little to no mark on a case made of a different metal might considerably damage a watch with an untreated aluminum case.