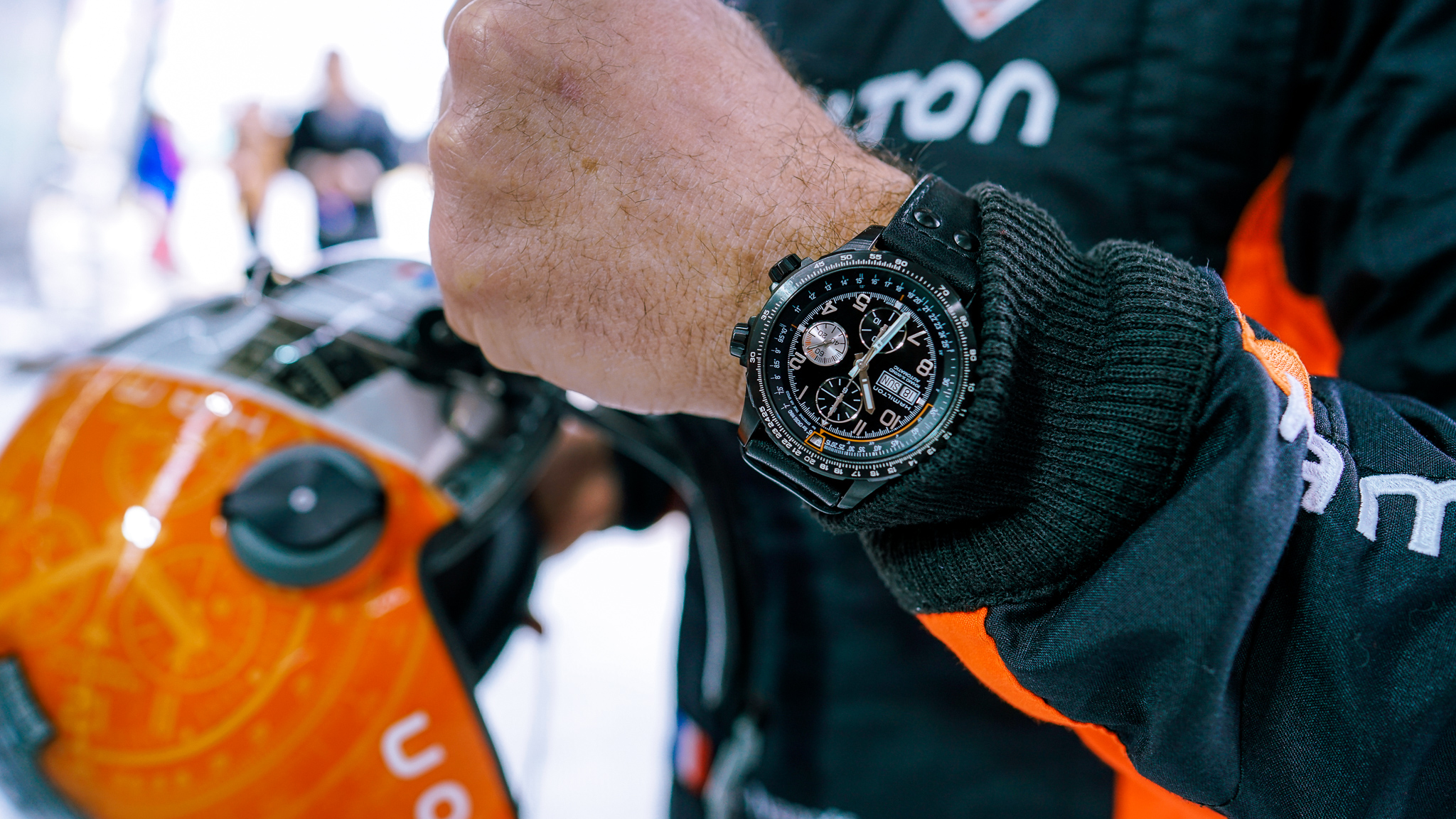 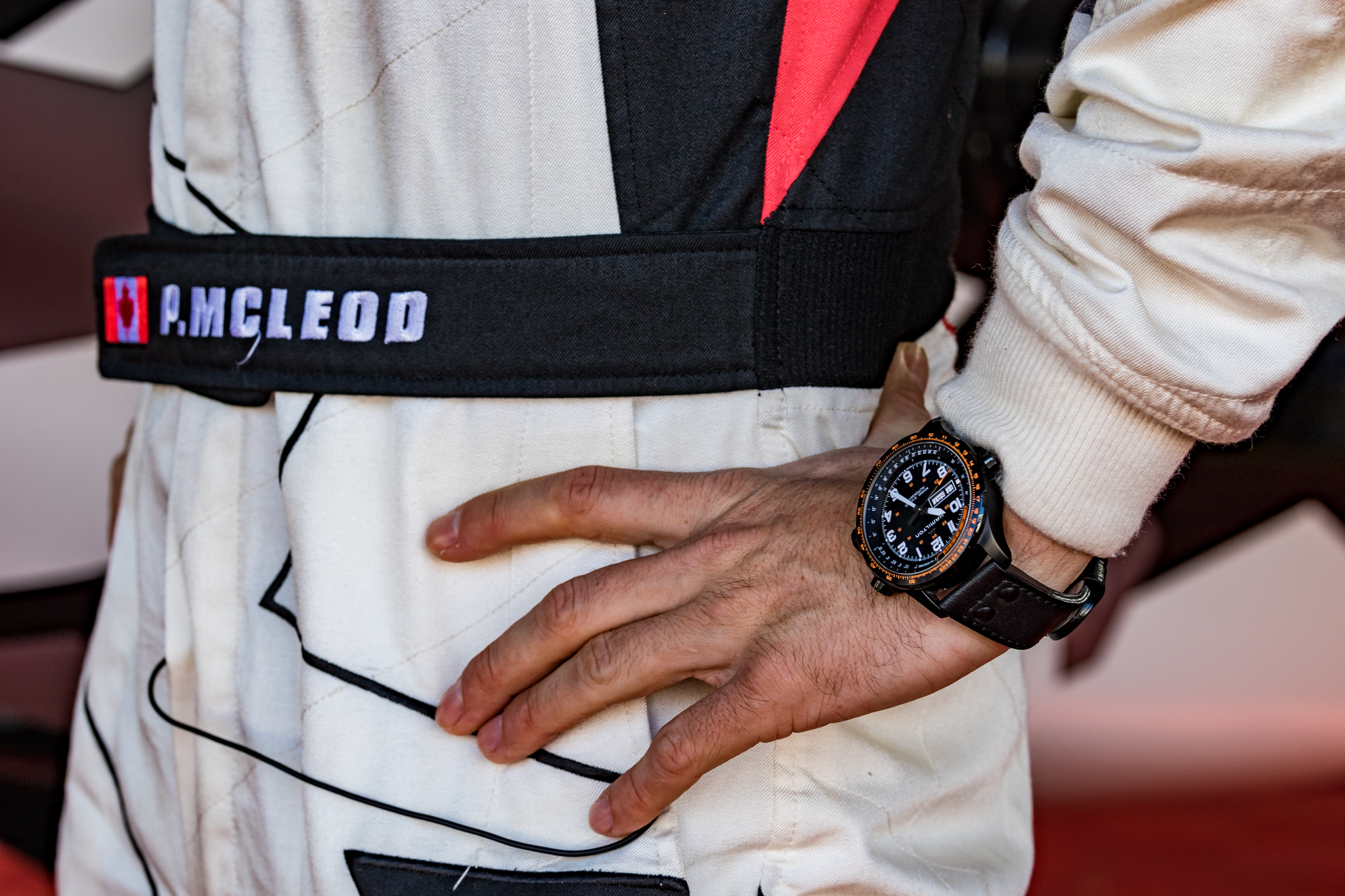 This German-built EXTRA 330 LX was designed in 1987 by Walter Extra, a renowned German aerobatic pilot. It’s a two-seater with 315 horsepower, and a maximum airspeed of 250 mph. Its spec sheet states that it is built to handle a maximum G-force load of 12 Gs, but Dario hints its actual limit is closer to 20 Gs. “What happens at 20 Gs?” I wondered aloud during the briefing, already suspecting the answer. “The plane comes apart,” he shrugs. “But don’t worry, I’m only allowed to take you to 6 Gs,” he adds, tapping the warning printed across my instrument panel with a reassuring grin. 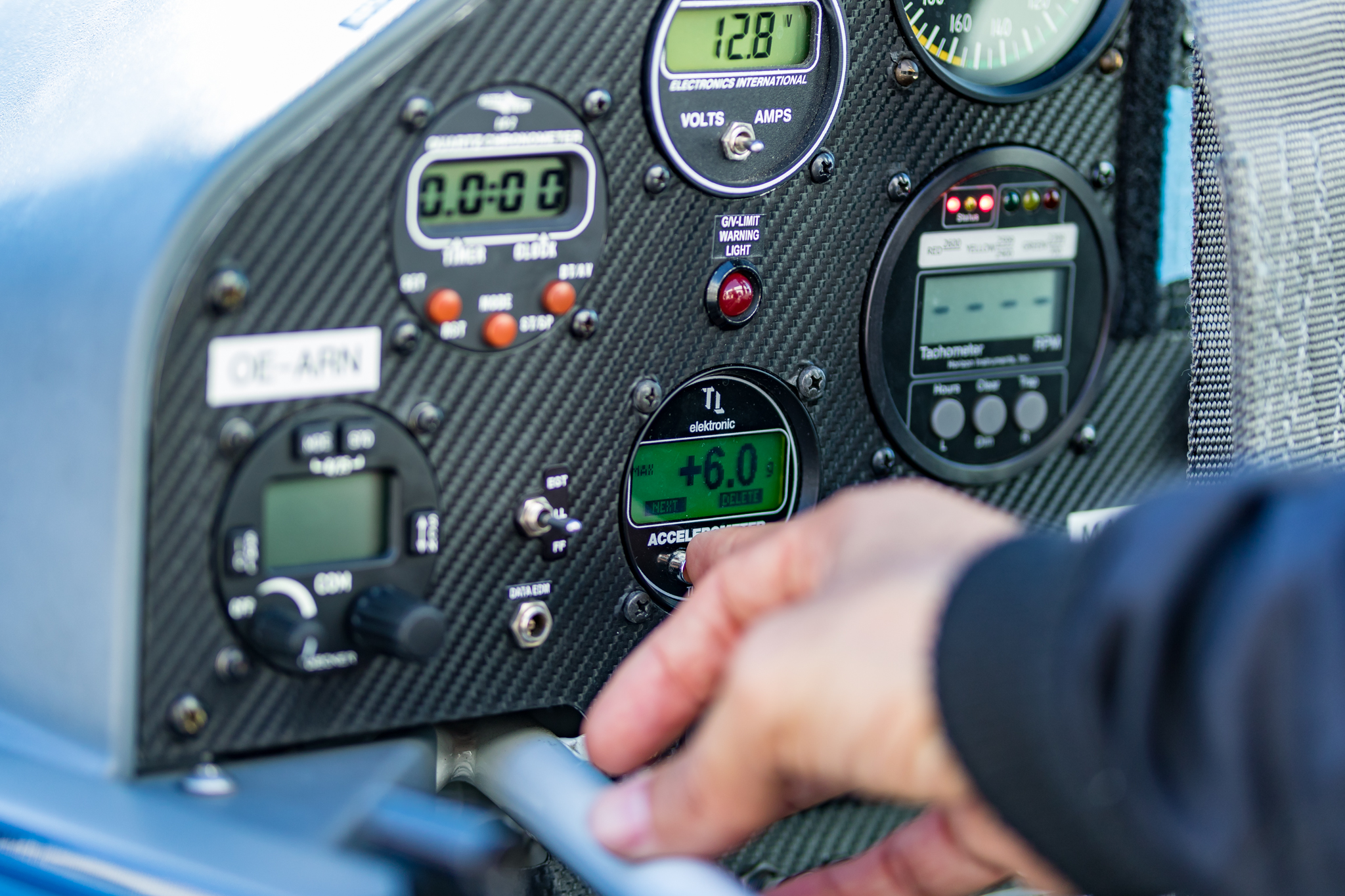 Dario walks us through the pre-flight checks 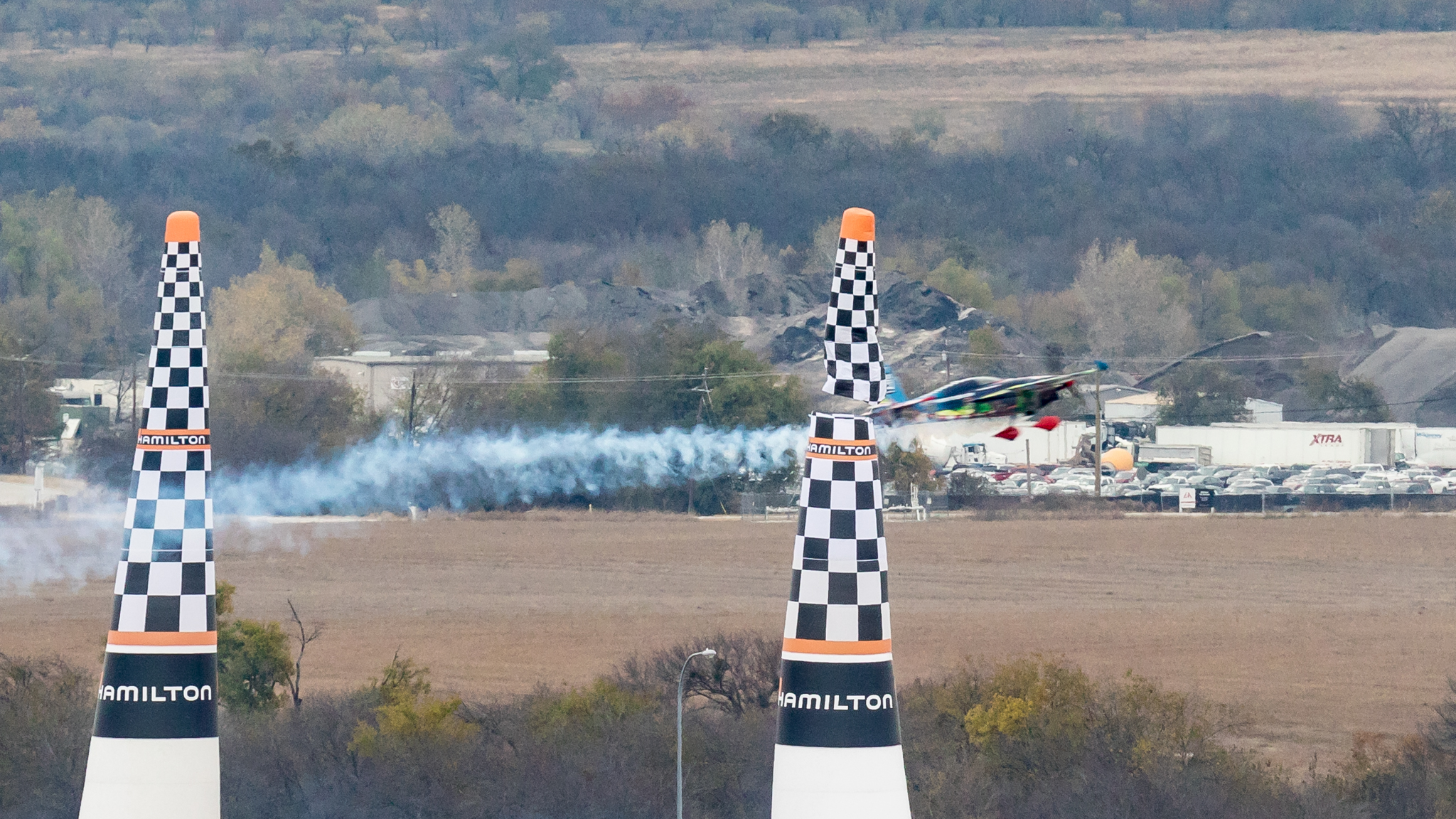 A pilot commits an error, making contact with a pylon. The self-destructing nylon shreds the top clean off, scrambling a grounds crew who’ll zip on a new cap in less than three minutes 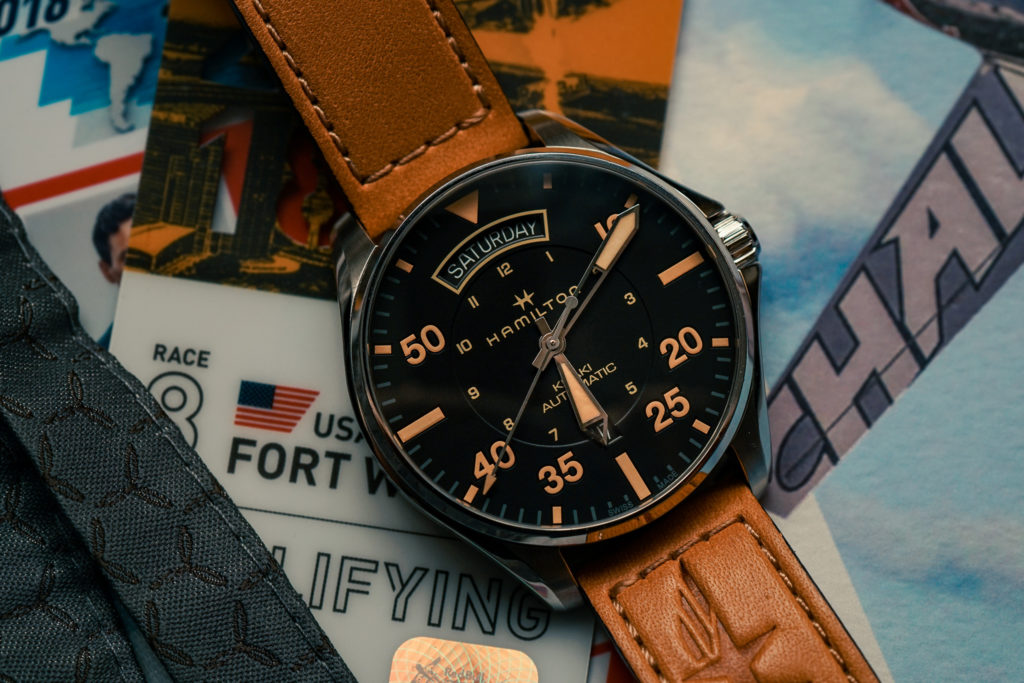 As official timekeeper for the Red Bull Air Race for the last two years, Hamilton has been quietly refining its Khaki Aviation family of watches, introducing subtle modern flourishes to the the pure, tool-watch sensibilities that have defined the brand’s century-long tradition of building watches for the most skilled pilots in the world. From highly detailed, but otherwise uncomplicated three-hand day/date pilot watches to visually complex and capable instrument chronographs, it’s particularly great to see the full range juxtaposed against colorful hangers and flight suits, with the end-goal of being used and abused in the uniquely harsh cockpit environment of a stunt aircraft. 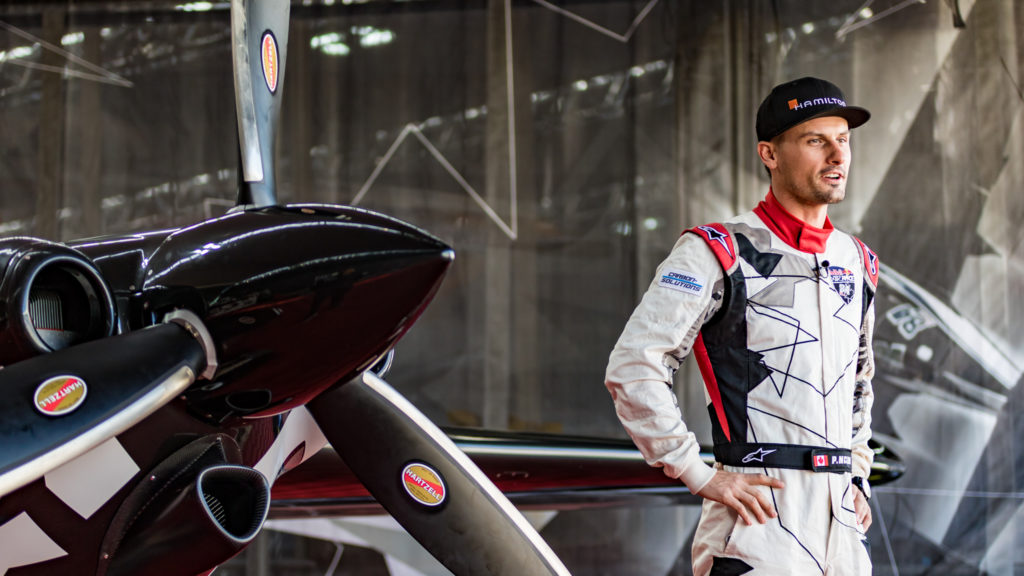 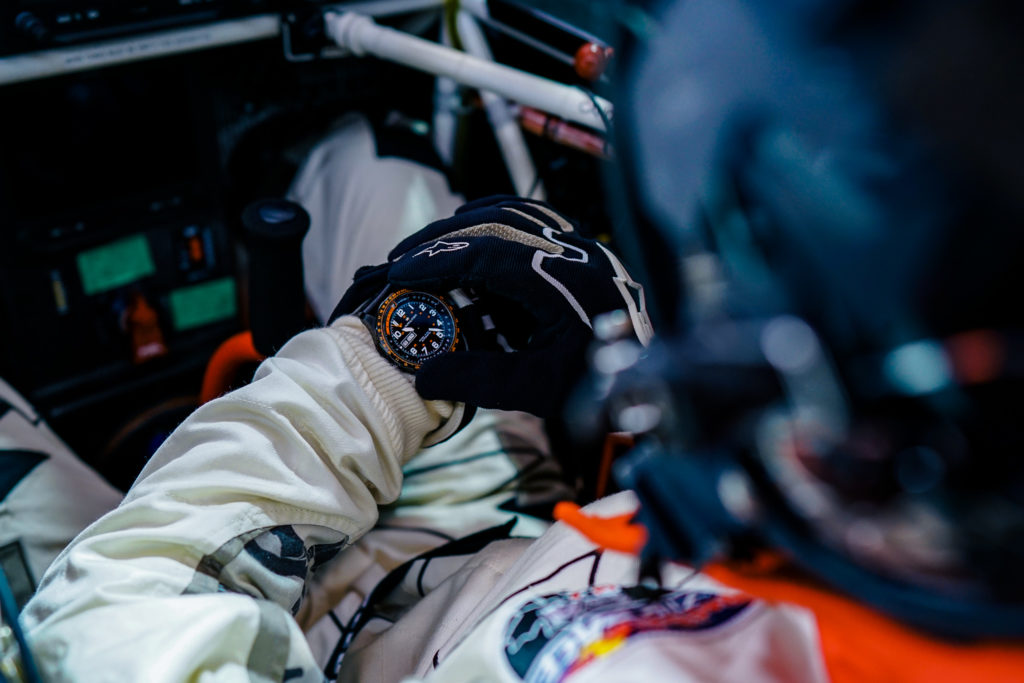 It’s also quite cool to see how all four of the brand’s ambassador aerobatic pilots each seem to have their own distinct style preferences for what they wear in the cockpit. While Pete McLeod opts for the crisp, and highly legible X-Wind Day/Date in orange and black, fellow competitor Nicolas Ivanoff has opted for the more complex X-Wind Auto Chronograph – the same watch which adorns the tail of his aircraft. Both of these watches are built with a neat navigational tool: a pair of internal rotating bezels which are designed to calculate an aircraft’s drift angle, enabling it to maintain steady course under challenging crosswind conditions. 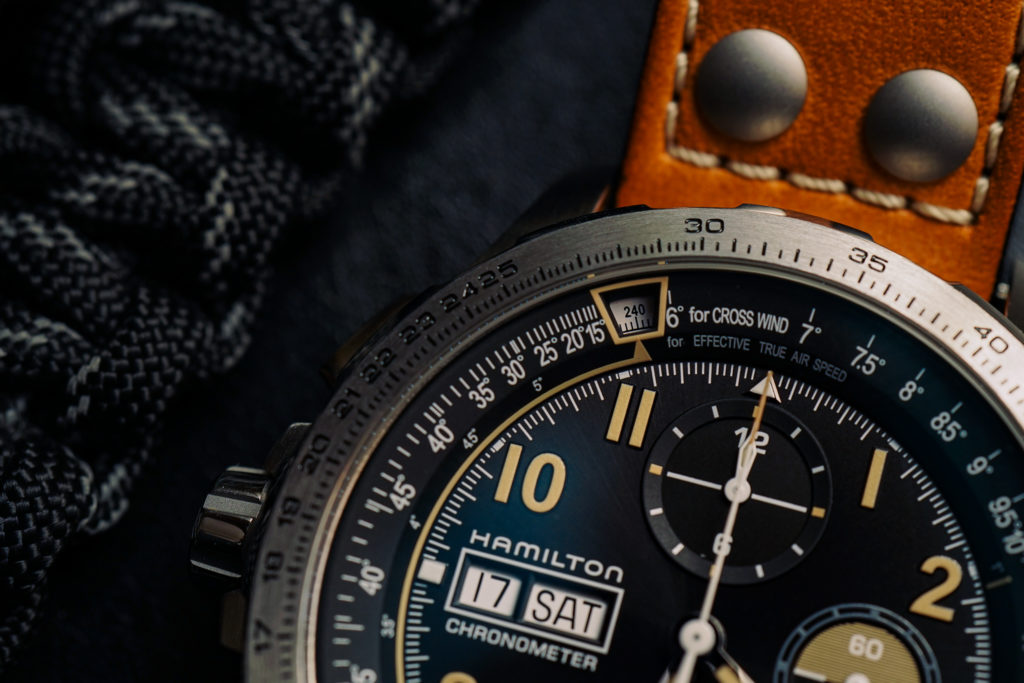 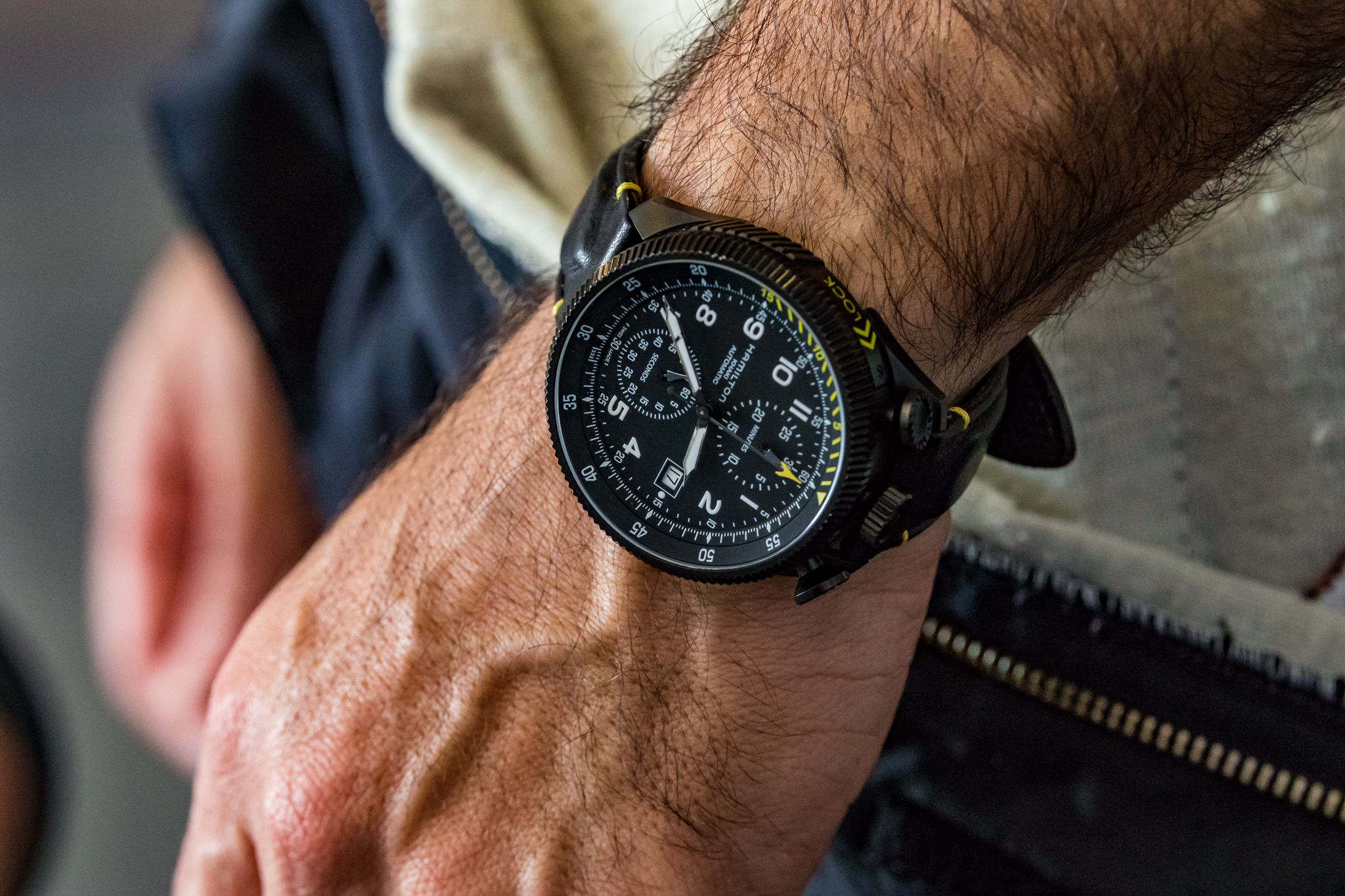 But Dario’s watch is arguably the most interesting of the three; he’s selected the Takeoff Auto Chrono – a bullhead-style count-up chronograph that he can detach from his wrist and re-mount securely to the instrument panel of his aircraft for easy flight timekeeping. The unconventional design of this watch in particular is starting to make perfect sense, because as I’ve quickly learned, looking at one’s wrist while pulling even light Gs is proving to be extremely difficult. 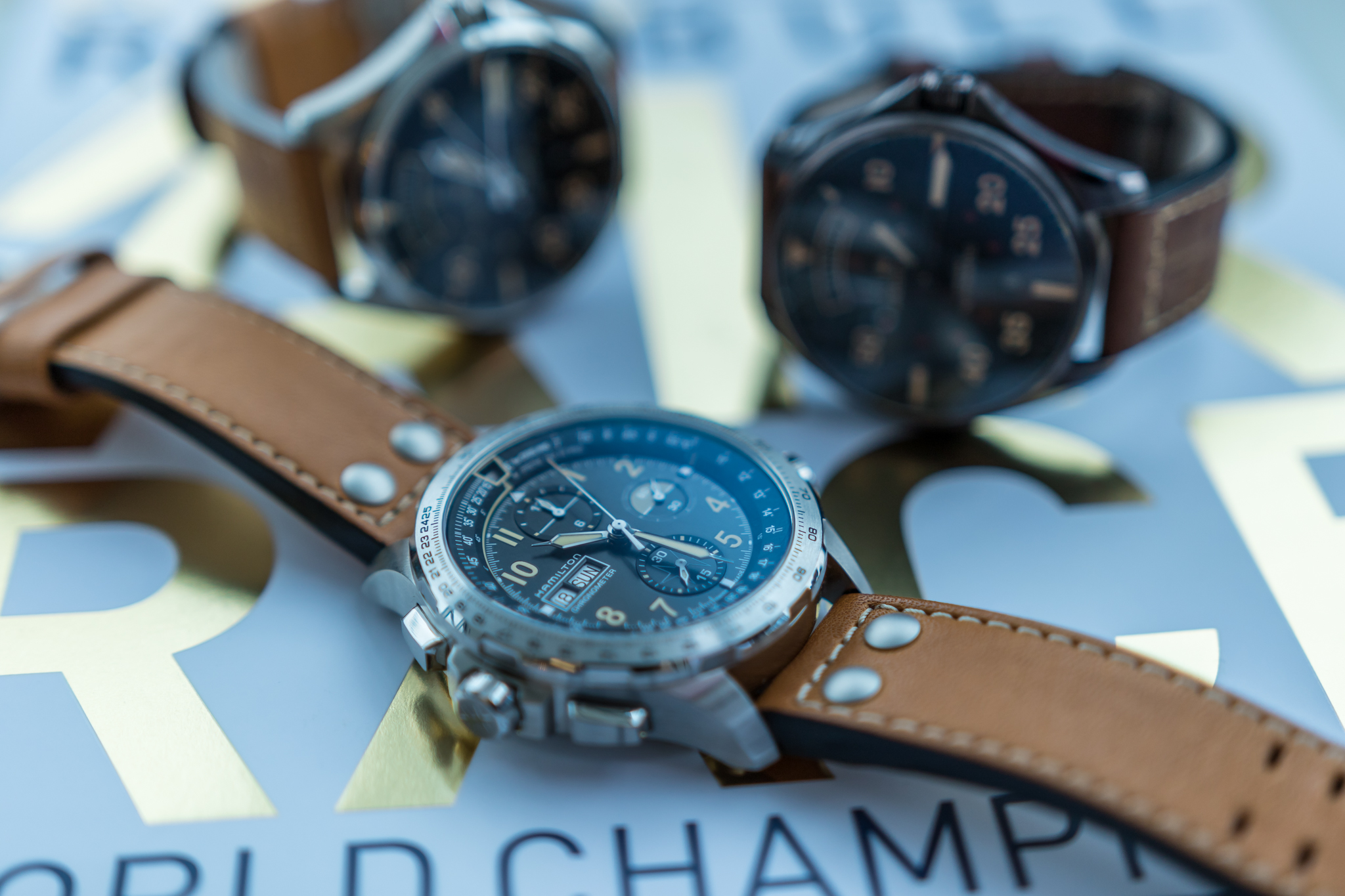 “Red Bull Media, you are now cleared to land,” the tower finally crackles. “We’re going down now, OK Zach?” I flash the “ok” sign to Dario behind me and take a deep breath, exhaling the pent-up tension in my chest and legs as we make our final approach. There is a light bump as the wheels touch the ground. The aircraft finally slows to a stop in front of our hangar. As the cockpit clicks open, I stop the X-Wind’s chronograph and stumble out. Nineteen minutes. A smile spreads across my sweaty face. I take my first few steps back on solid ground, wobbling only a little. Ok, a lot.

Miss this yesterday? A lot of folks did. The new @

It's been a full 100 years since @vacheronconstant