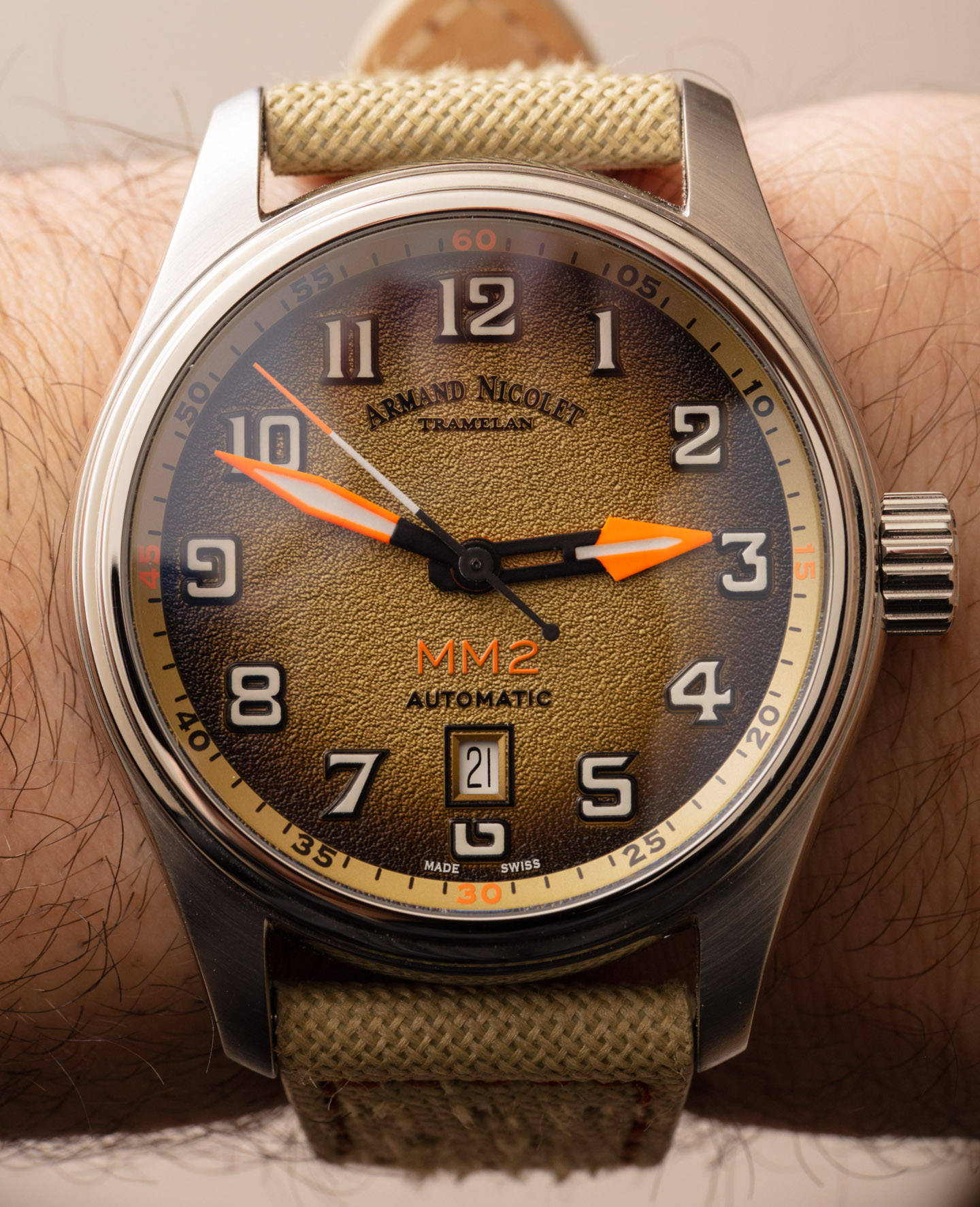 One has to applaud Swiss watchmaker Armand Nicolet for its dedication to creativity. The brand inherently knows that many of today’s watch consumers are looking for vintage or nostalgic designs, but that doesn’t stop them from attempting to be original whenever possible. This helps explain the new Armand Nicolet MM2 watch collection that plays with the concept of historic pilot and aviation watches while giving them a rather modern wearing sensibility and experience.

While not to everyone’s taste, the MM2 watches are fun and sporty, with color combinations you don’t see very often and a masculine boldness combined with the visual interest of applied textures and patterns that are intended to make the MM2 a fashion object as well as a timepiece. Armand Nicolet says that the MM2 collection is a descendant of its M02 collection, and you can see some similarities in the case even though, in most ways, the MM2 pieces are their own collection. Given the branding focus on being inspired by WW2 military aircraft, part of me thinks the “MM2” name is a tongue-in-cheek play on flipping “WW2” upside down. 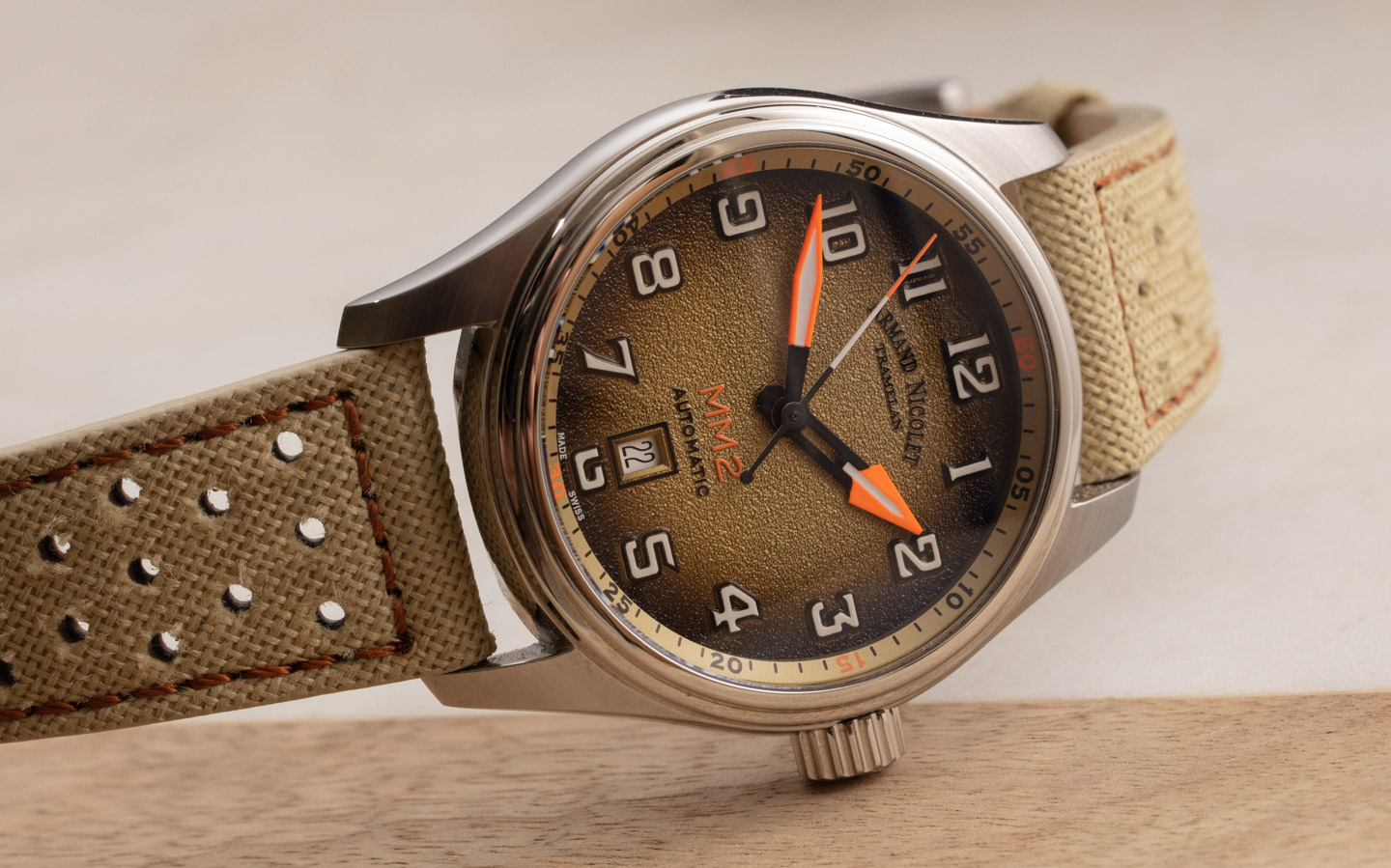 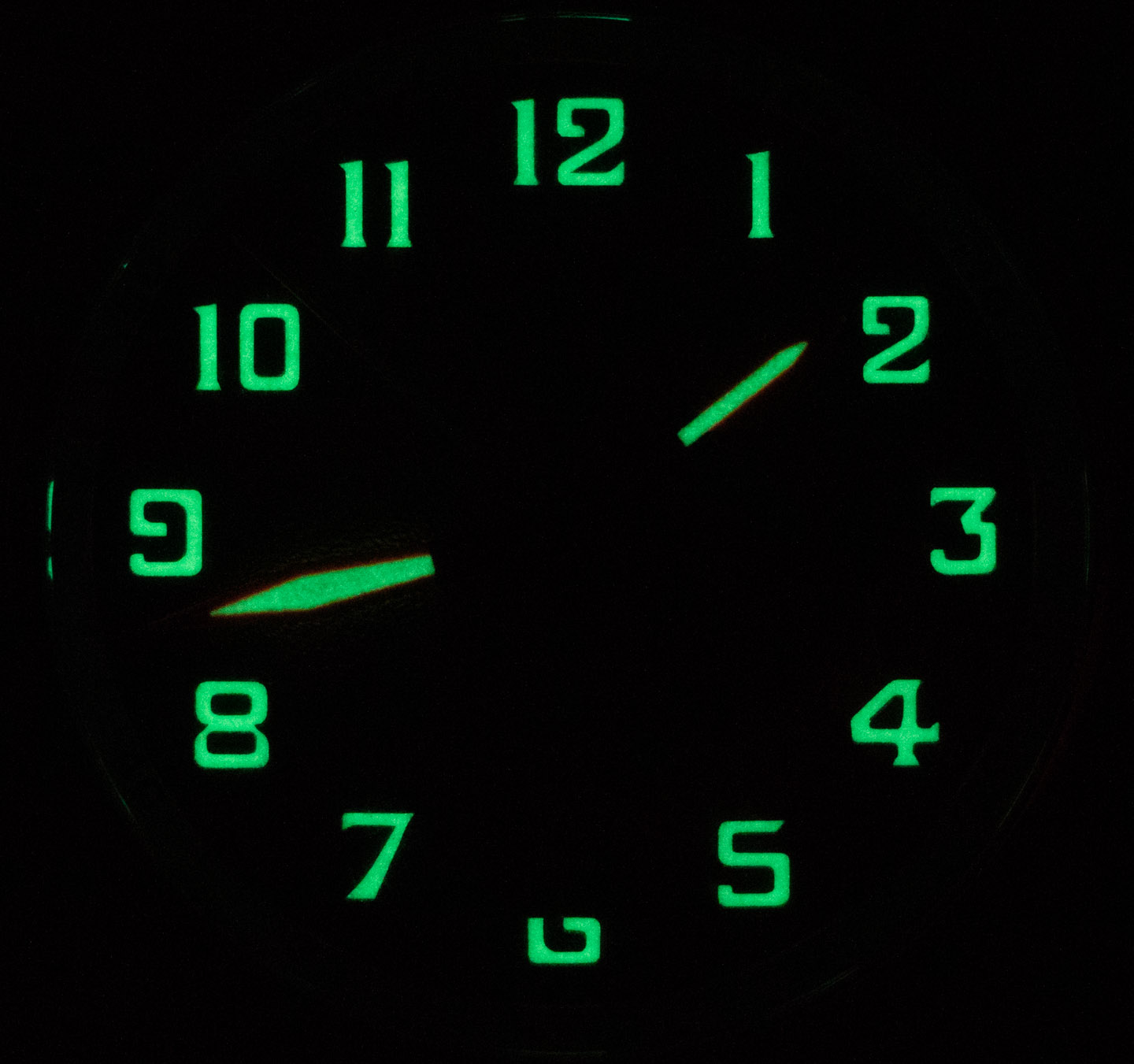 Hands-on today is the Armand Nicolet MM2 reference A640P-KA-P0640KM8 which is one of three MM2 launch models. This version has a “beige and orange” dial motif that has a textured and gradient-printed beige dial with applied aviator-style hour markers and a new set of hands that seem as though they were taken from a modern diver’s watch. The MM2 watch is legible under many lighting circumstances, but at the same time, wearers might be challenged to pair it with their outfits unless wearing a khaki military outfit with bright orange trim (such as one of those reflective vests for runners or construction workers).

Even if the color scheme is quirky, the result is undeniably original. I appreciate that when you experience an Armand Nicolet watch, it doesn’t really remind you of anything else, even if you can spot design elements used throughout the watch world (such as the font used for the Arabic hour numbers). The dial also benefits from a handsome level of depth, good textures (as I said above), and also solid proportions with regard to the size of the hands and other indicators. I don’t really feel that the addition of a date window helped the dial, but at least Armand Nicolet positioned it symmetrically at the 6 o’clock position. I also feel that the orange “MM2” label on the dial could have been a bit smaller in size, for peak aesthetic refinement (a very minor quibble, to be sure). 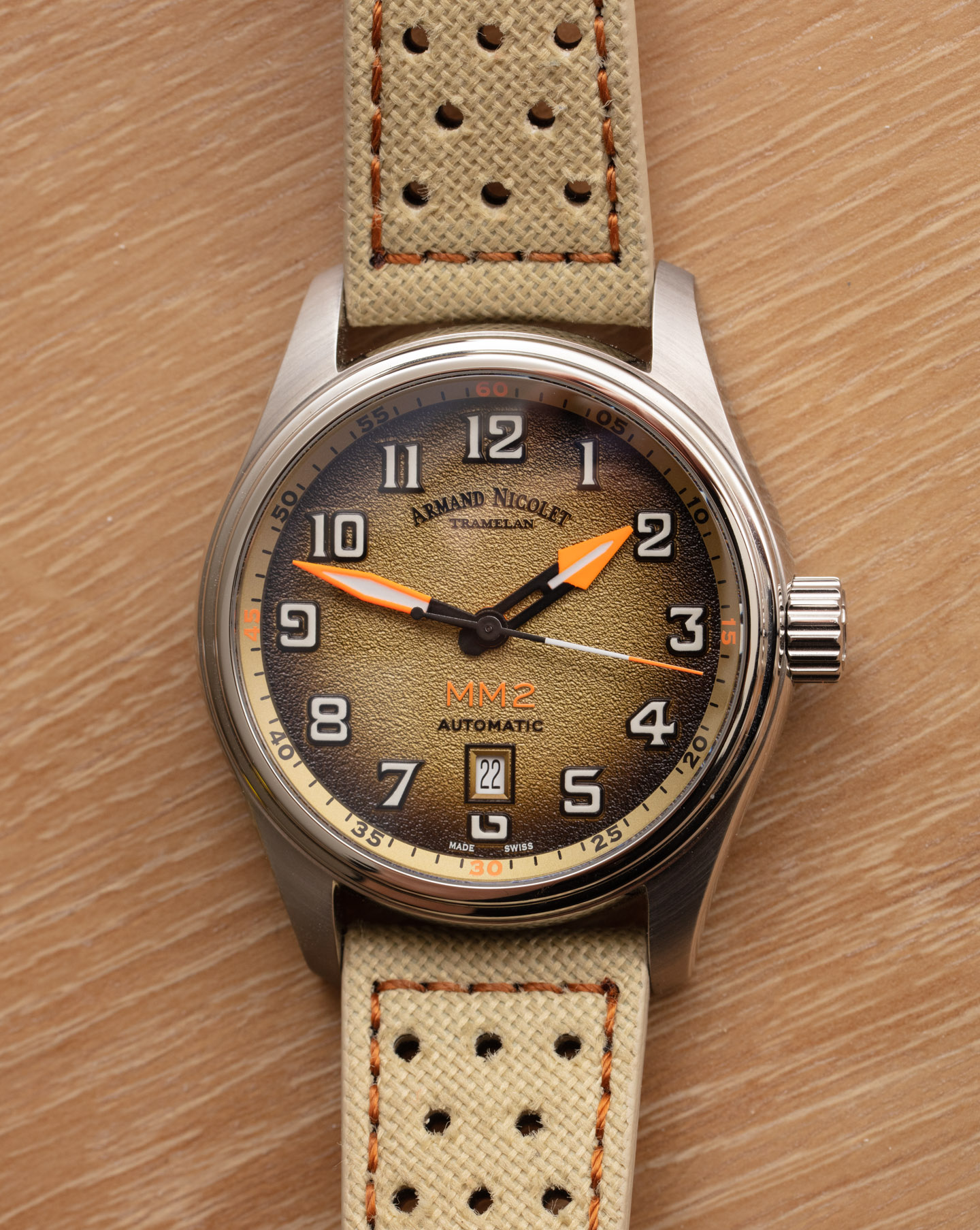 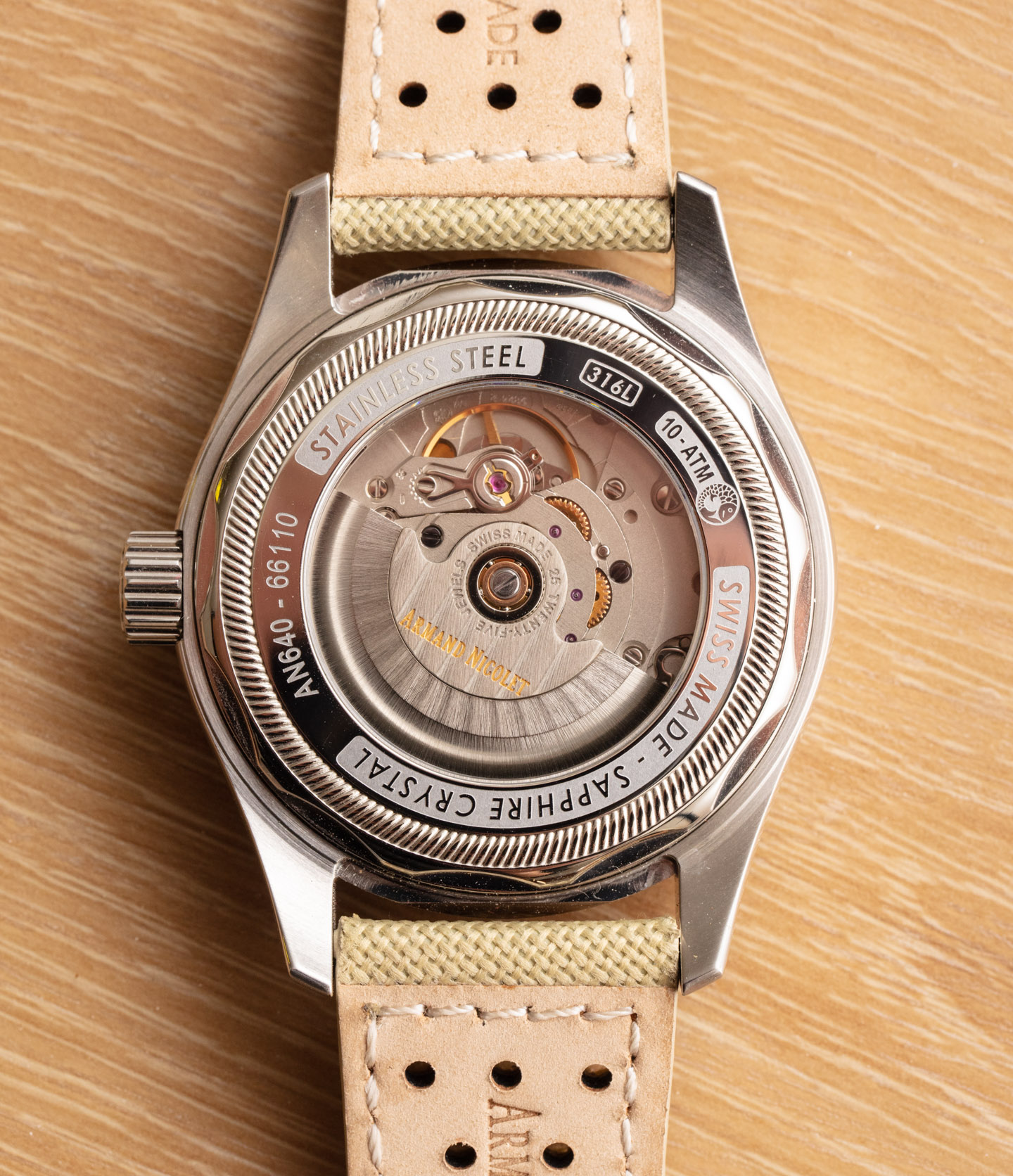 Around the dial is an interesting flange ring that has both a vertical and sloped wall. This probably isn’t new, but I’ve not really noticed it before, and the effect is compelling. Over the dial is a slightly domed AR-coated sapphire crystal that has almost no distortion save for when it is viewed from extreme angles.

Armand Nicolet designed the MM2 watches to have 43mm-wide polished steel cases that are 12mm-thick and water-resistant to 100 meters. The case isn’t huge, but it is large and made a bit more so by the longer lugs, which give the MM2 a nearly 53mm lug-to-lug distance. The double-stepped bezel makes the case feel a bit more interesting, but it also has the visual effect of making the case seem a bit thicker. 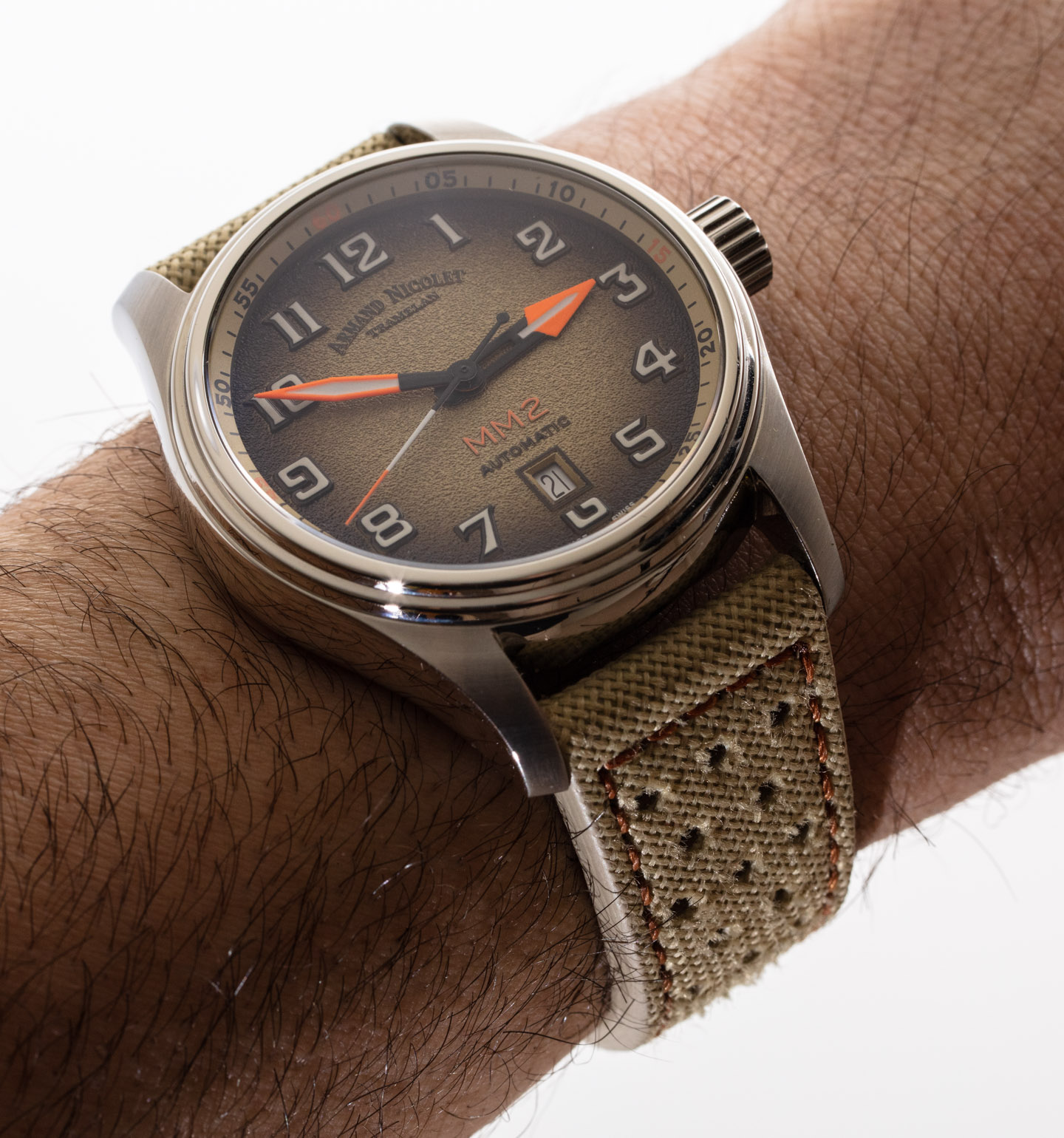 Typical of most Armand Nicolet watches is impressive case finishing and polishing — which is, for sure, present on the MM2. Often, I feel that the case finishing on these products suggests the look and feel of a more expensive product. There is also the coined texturing on the back of the watch around the exhibition window that offers a view of the movement.

Inside the MM2 watches are Swiss ETA 2824-2 automatic movements that operate at 4Hz with about two days of power reserve. The movement is offered in a relatively undecorated form, but there is a custom Armand Nicolet-branded rotor for the automatic winding mechanism. 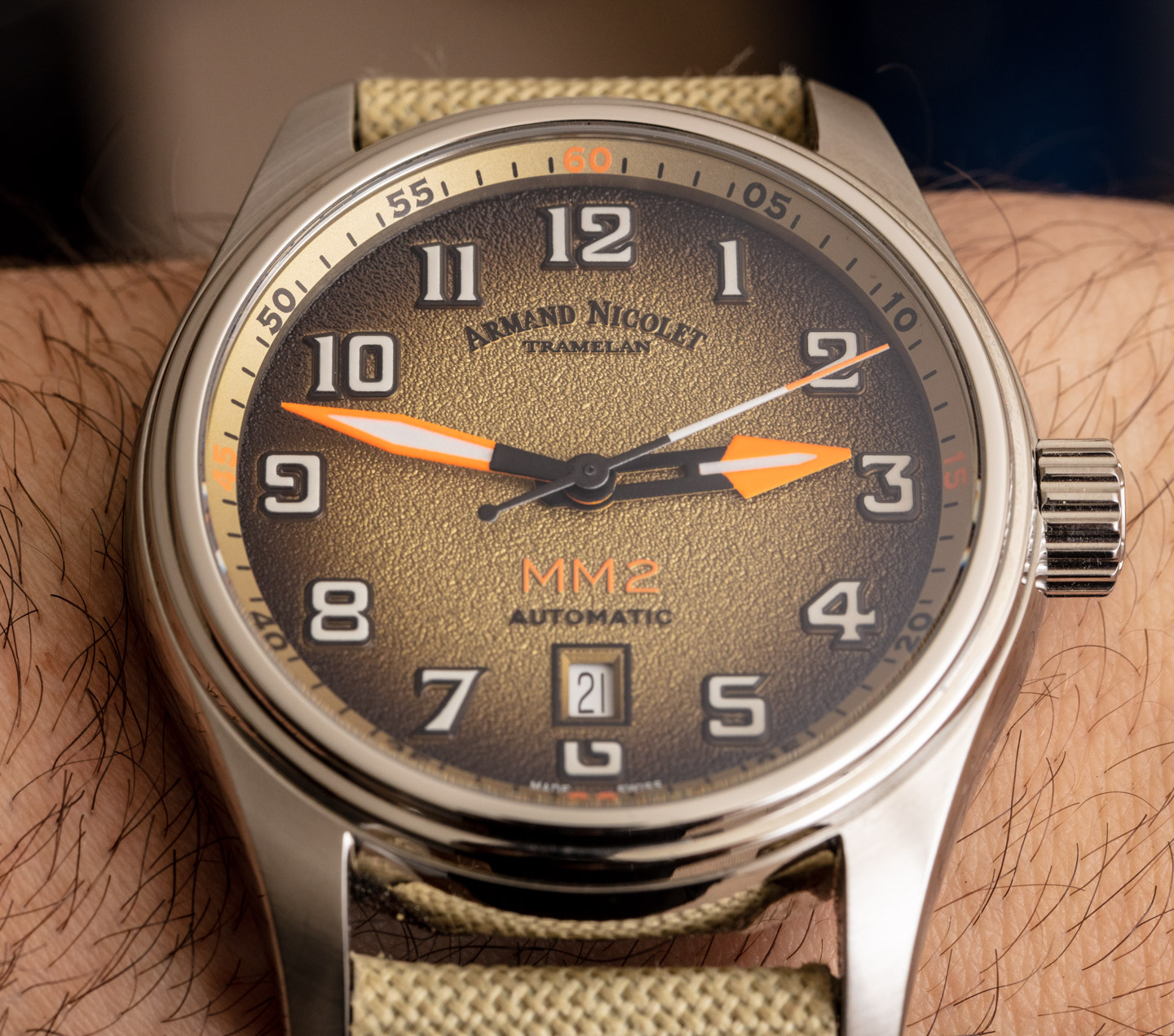 While the MM2 is mostly a pilot-style watch, it has other elements blended in. I already mentioned above how the hands are a bit reminiscent of dive watches (especially the colors). I also see what feels like a racing watch when I view the perforated canvas strap. The strap is actually quite nicely made and has a leather liner to complement its fabric exterior.